“Gentlemen, please start your engines”... It was with these traditional words that one of the most beautiful vintage races in Europe began in May on city streets. This is the Monaco Historic Grand Prix. Every two years since 1997, Monaco becomes the classic car capital.

This biennial rendezvous for aficionados of fine mechanical engineering focuses on a wide variety of cars from the finest automotive manufacturers, spread between seven categories. This is a broad and amazing retrospective of models, from the pre-war years to 1976. However, the Monaco Historic Grand Prix is more than just a fun, recreational ride on city streets – it’s a true test of cars and drivers, and it involves high speeds, since the race takes place on the Monaco Grand Prix course, which is known as one of the most challenging and demanding Formula One circuits out there. More than 30,000 spectators watched the race this year, with 500 journalists from all over the world covering it. 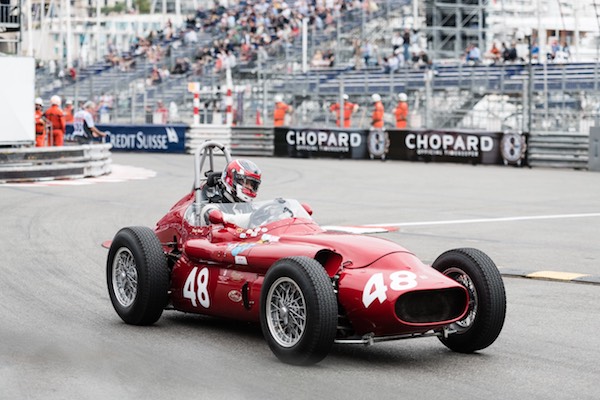 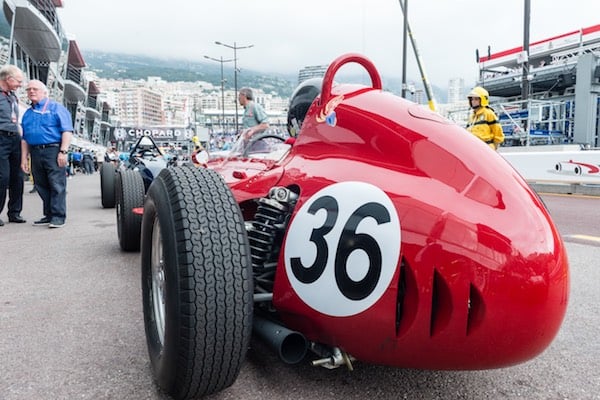 Every two years since 1997, the ‘Rock of Monaco’ is transformed into a full-fledged temple of classic cars
©Chopard

Chopard has been serving as sponsor and official timekeeper of the event since 2002, a natural alliance for a house whose vocation for high-precision timekeeping is synonymous with a passion for fine mechanical engineering. Karl-Friedrich Scheufele, Co-President of Chopard noted: ”We have a true passion for cars and classic racing and this is probably the best event you can find on the circuit anywhere in the world. I would like to congratulate the Automobile Club de Monaco on the tremendous work they do in the field of classic cars, and to salute the enduring quality of their organisation over the years. It is a true honour for Chopard to be associated again with the Grand Prix de Monaco Historique.” 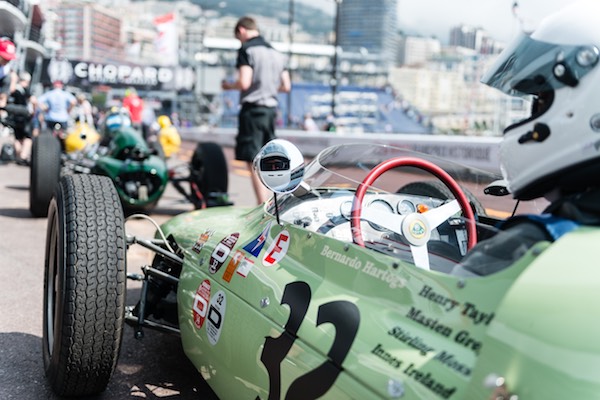 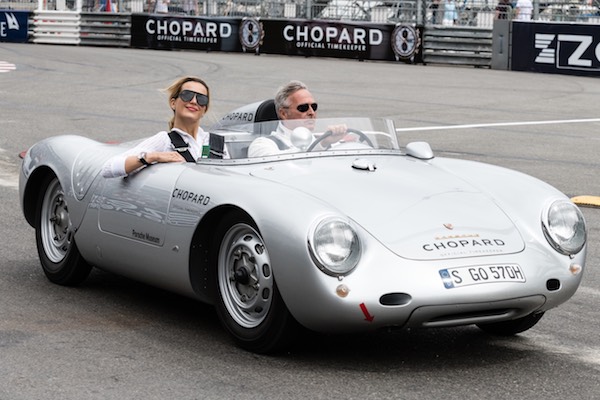 Co-President of Chopard Karl-Friedrich Scheufele is a big classic car enthusiast, and famous drivers and friends of the Maison Jacky Ickx, Derek Bell, Vanina Ickx, and Vic Elford also took part in this year’s race. They also participated in special demonstration rides to mark the 70th anniversary of Porsche. Karl-Friedrich Scheufele drove the Porsche 550 Spyder RS, which was on special loan from Porsche Museum for this event. Motor sport legend Jacky Ickx, who won the 24 Hours of Le Mans six times, pulled in eight wins and 25 podium finishes in Formula One, and won the Can-Am Championship and the Dakar Rally, went with the Porsche 936 Jules. This is the same car that he won Le Mans with in 1981. Derek Bell and Vanina Ickx went on the racetrack driving a 1962 Porsche 804 F1 and a 1960 Porsche 718 F2. 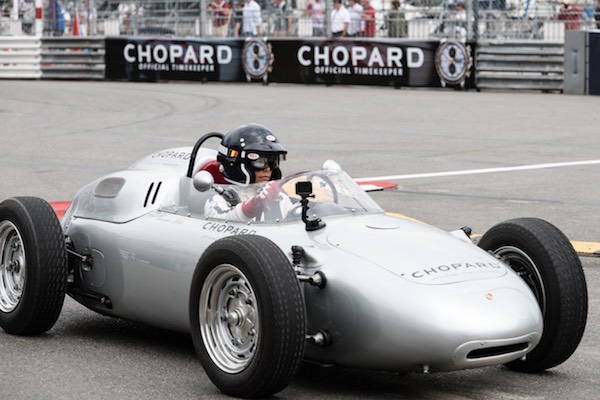 Vanina Ickx on on the famous circuit of Monaco
©Chopard 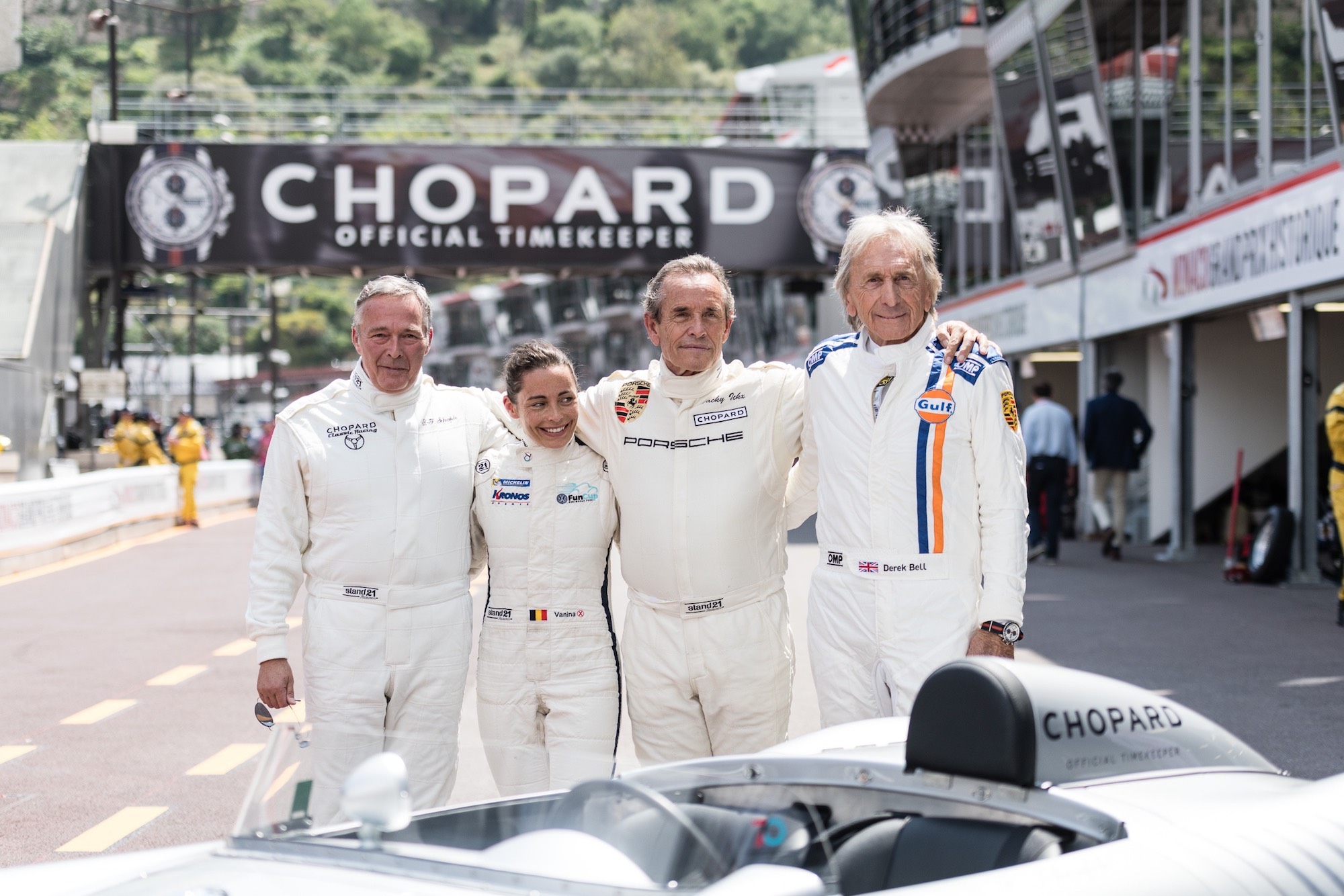 For each edition of the Monaco Historic Grand Prix since 2002, Chopard has produced dedicated timepieces. Thus, the winner of each car category was presented with a Chopard Grand Prix de Monaco Historique 2018 Race Edition timepiece during the gala dinner.

This year, Chopard issued two limited edition models – 250 watches in titanium and stainless steel, and 100 in 18-carat rose gold. Sturdy, accurate, highly readable, and reliable, this is a true driver’s accessory, both in terms of its design and its features. The attractive details will undoubtedly touch the heart of every classic car enthusiast: the pushers are reminiscent of engine pistons, the crown features a steering wheel motif, and the case back is stamped with the Automobile Club de Monaco logo. 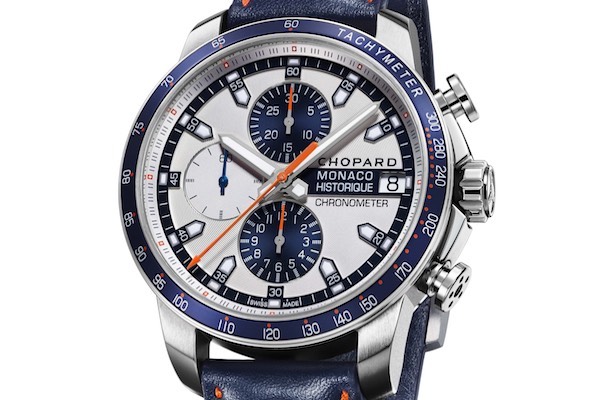 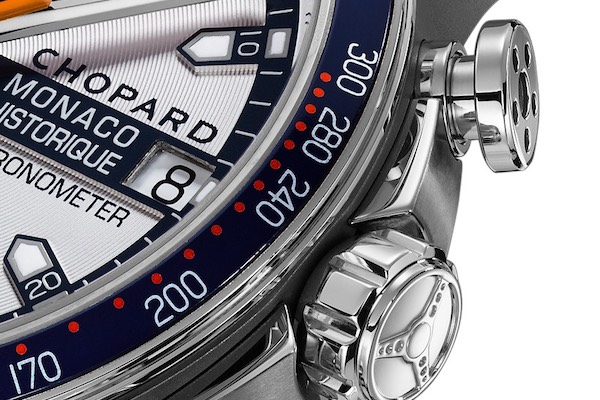