Jim Clark Watches – What Did the Best F1 Driver Wear?

It’s been 51 years since in 1968, the best driver in the world Jim Clark died during Hockenheim’s (Germany) Formula 2.

In the ‘60s, using mechanical time measuring devices was the only way to calculate the speed and race time. That’s why it’s not surprising that the Swiss watches became a huge part of Autosport. In honor of especially talented Scotchman, let’s see which handpieces continue to fascinate the fans.

That year, Jim Clark participated in 63 races and won France Formula 2, Tasman Series, and Formula 1 championships. On top of that, during the Indy 500 (USA) race he dominated in 190 laps out of 200, averaging 240 km/h.

When you realize that these days, there are only 21 races in Formula 1 yearly calendar, the number seems unreal. In fact, he won more Grand Prix (25) races and achieved more Grand Prix pole positions (33) than any other driver in the history of F1. He also holds the record for most Grand Slams (taking pole, fastest lap, race win and leading every lap of the race). Ayrton Senna from Brazil has 4, Michael Schumacher - 5, and Jim Clark - 8.

Mathematically, Jim is, in fact, all-time best. Even the Times journal in 2009 nominated Clark as the best driver in F1 sports. Sadly, on April 7th, 1968, while racing on Formula 2 Hockenheim track, Jim Clark was killed by a flat tire at 270 km/h. That year, even 127 drivers met the same fate. 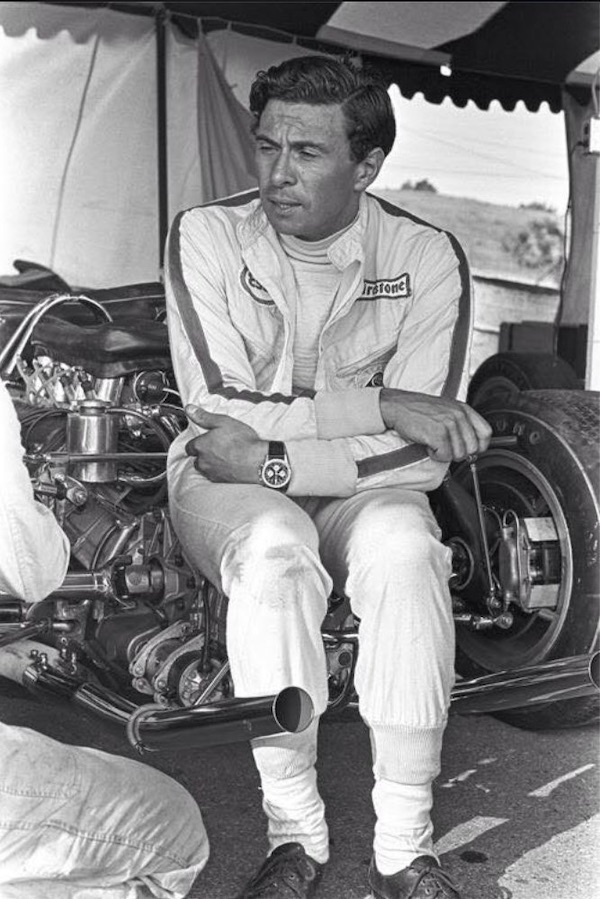 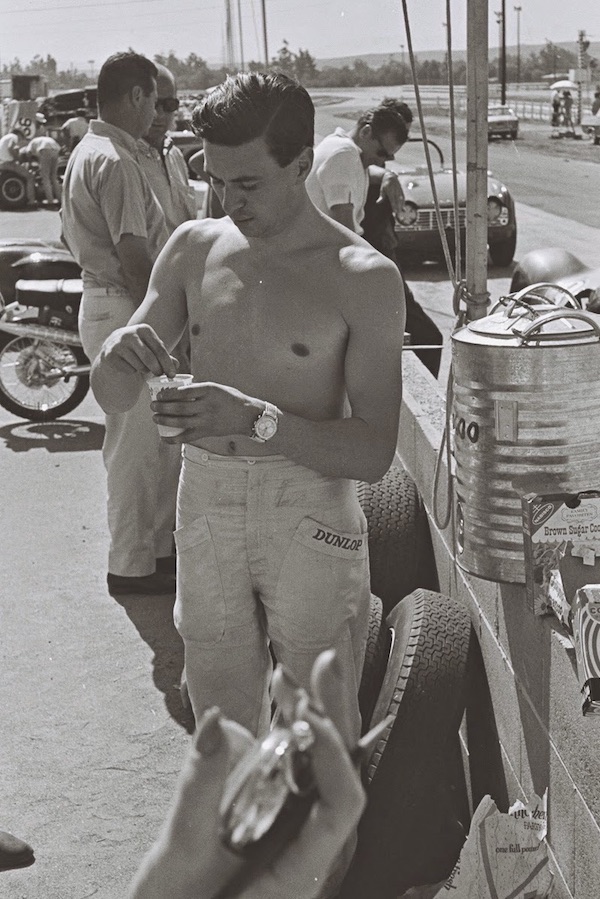 Jim Clark had a small, yet a refined collection of racing chronographs. As the years went by, he got sponsorships from major watchmakers like Gallet, Enicar, and Breitling.

A Scott racer’s journey began with Gallet, a company known by many enthusiasts of vintage handpieces, even though it can be unheard in the general public.

Jim chose Gallet Multichron 12 that had Valjoux 72 and Excelsior Park 'EP-40' mechanisms. These chronographs were made with legible scales on the matte-black dial. Jim had the same one. Practical, aesthetic, with clean design details - everything you’d imagine a racing chronograph should be. A bit later, Jim gifted the watch to one of the technicians - John Carlini. 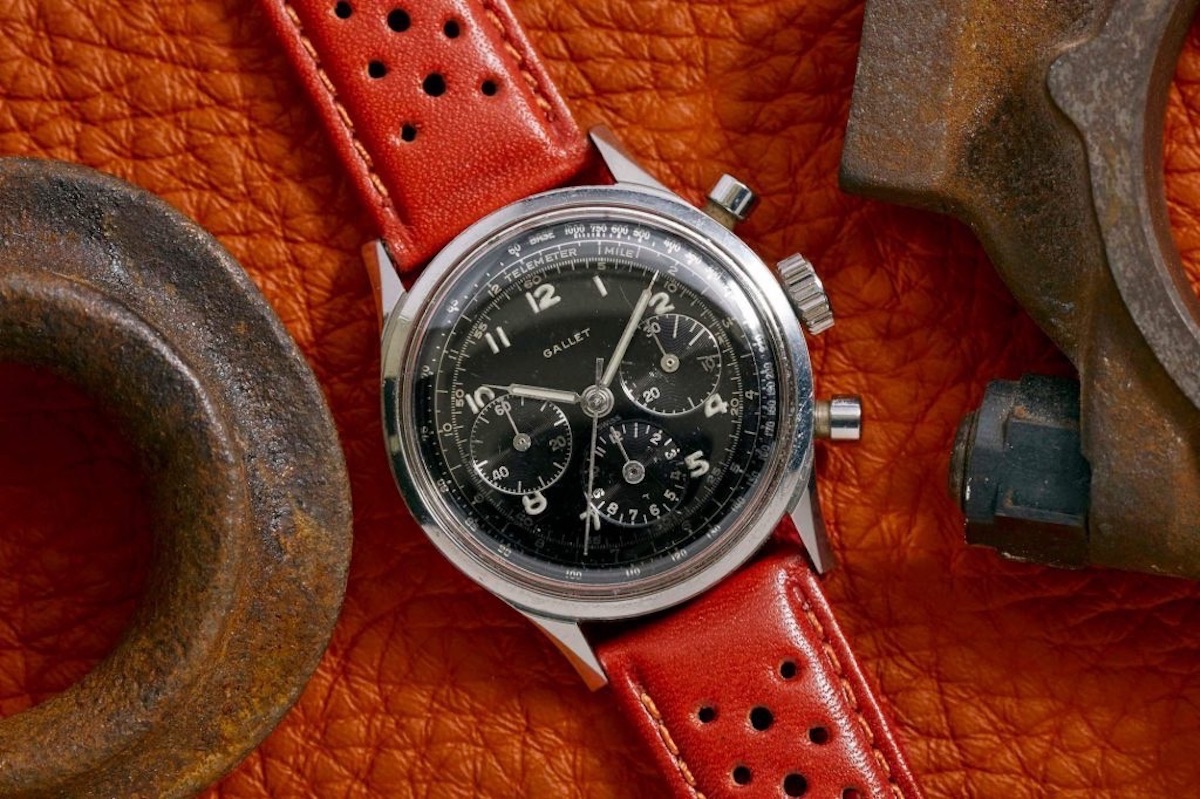 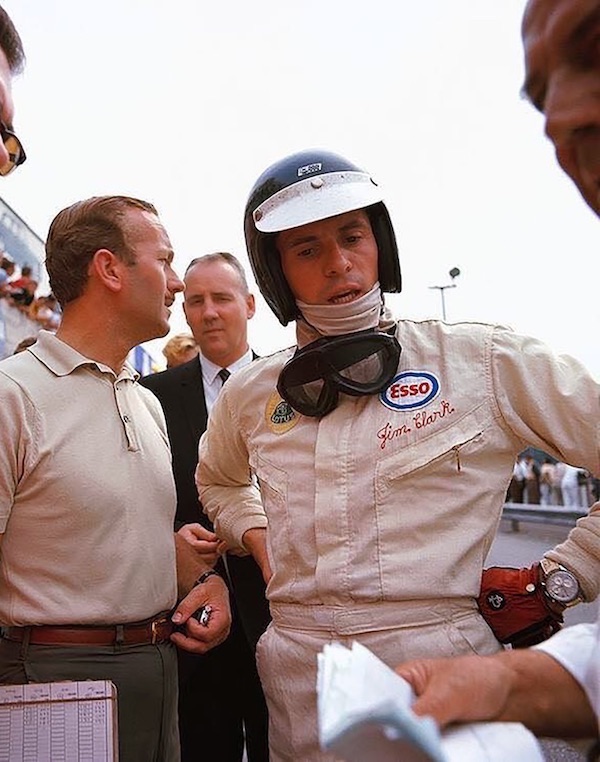 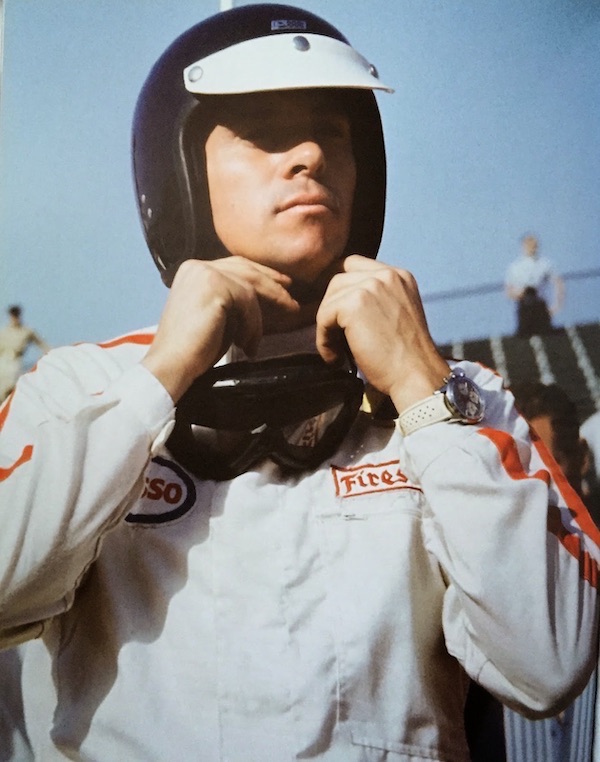 After two years, Jim’s sponsor changed. The new sponsor was a Swiss watchmaker Enicar. Just like Gallet, the company is not widely known in the general public. Nonetheless, the enthusiasts appreciate them a lot. This time, the driver chose Enicar Sherpa Graph with black dial white indicators. They are notable even in old photos. There are pictures where Enicar chronograph can be seen on Jim’s hand.

Sherpa Graph, just like Gallet, had a Valjoux 72 mechanism. Back then, they were widely used due to their durability and solidity. 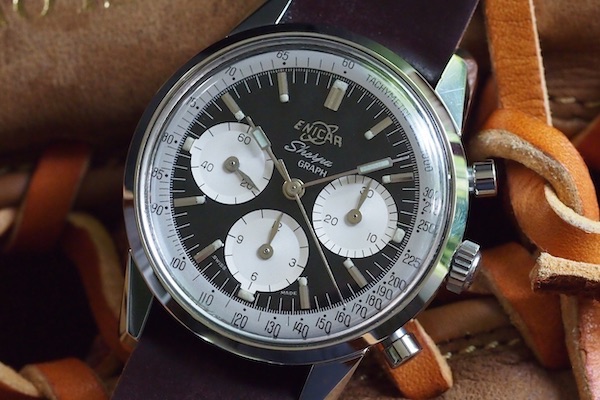 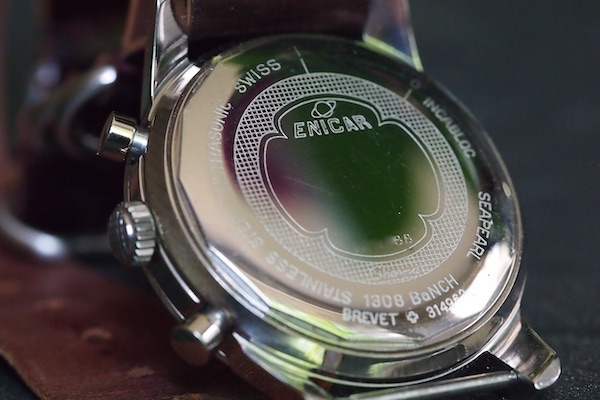 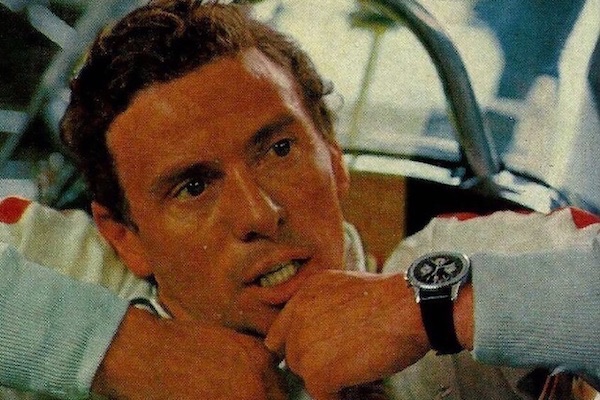 The last manufacturer that Jim Clark had a deal with was the famous Breitling. Racer chose probably the best of their models - Breitling Navitimer ref. 806. 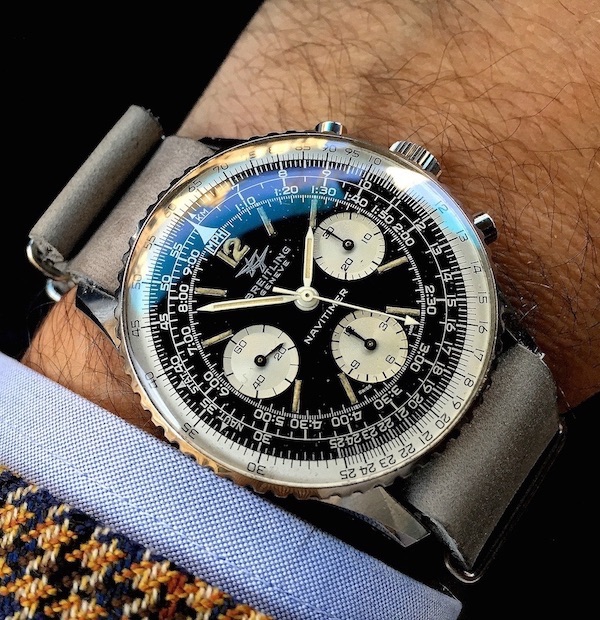 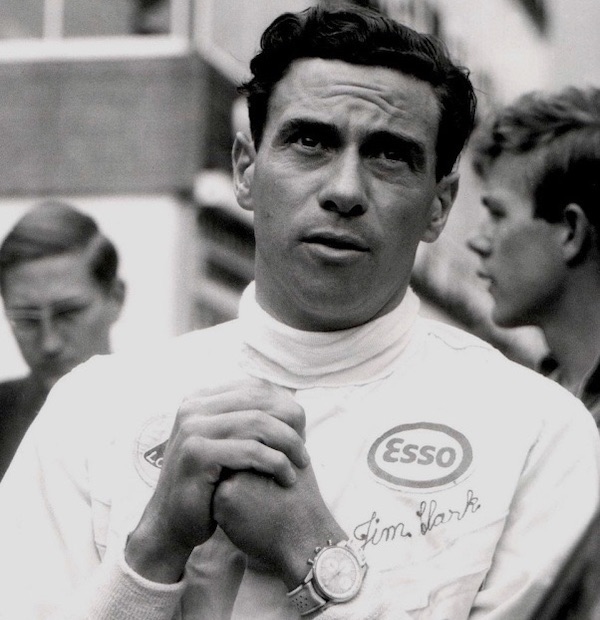 There are also pictures of Jim wearing this particular watch, especially from the second half of the ‘60s where he sits in a pilot’s cabin during Le Mans race. Breitling fans agree that 806 was the most excellent model from the history of its line. Personally, from the whole humble collection I find it the most appealing to the eye (jazz legend Miles Davis also wore the same Breitling model). In 2019 Baselworld celebration, Breitling released 806 units of its analog versions.


Check out more news about watches on www.kieklaiko.lt