It’s December, and for most of us, that means we’re trying to find Christmas gifts for family, friends and - let’s face it because we all do it - ourselves.

The five classic and future classic racing cars below can lay claim to taking part in some of the most important moments in motorsport history: the Scuderia Toro Rosso Honda was the car in which Pierre Gasly took his maiden F1 podium at the 2019 Brazilian Grand Prix; the Renault 20 was the winner of the gruelling 1982 Paris-Dakar, and the 1992 Ford Thunderbird NASCAR took victory in that year’s brutal Daytona 500.

Tempted? Well, remember that the festive season only happens once a year… 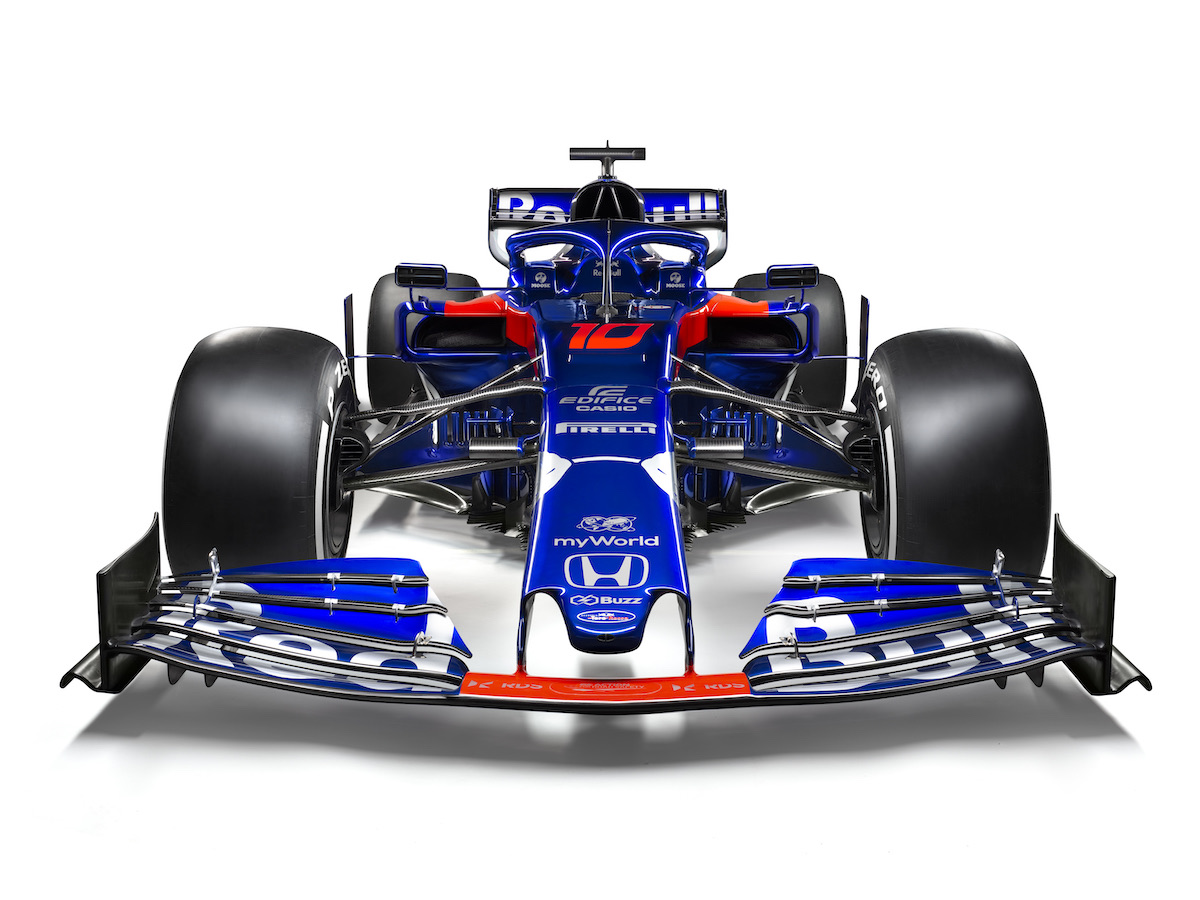 For the last two Formula 1 seasons, Scuderia Toro Rosso - or Scuderia AlphaTauri for 2020 - has been a team in the ascendence. In 2019 the Faenza team’s car - the very STR14 you see here - was one of the most competitive midfield cars of the year and Toro Rosso was locked in an intense battle for fifth with the works Renault team. STR eventually finished the constructor’s championship in sixth - just six points behind the French giant - but it picked up two podiums courtesy of Daniil Kvyat in Germany, and Pierre Gasly in Brazil. The STR14 also formed the basis for this year’s car, the AlphaTauri AT01, which Pierre Gasly drove to a sensational victory in the 2020 Italian Grand Prix. The car for sale here was driven by Kvyat, Gasly, and Alex Albon, and it is available to buy for competitive use. However, please note that it does not come fitted with the Honda Hybrid power unit used by STR in 2019. To own an F1 podium finisher and a piece of motorsport history - after all, this is the very last car to race under the Scuderia Toro Rosso banner - please get in touch with Sonoma Classics Motorcars to discuss further details and engine specs. 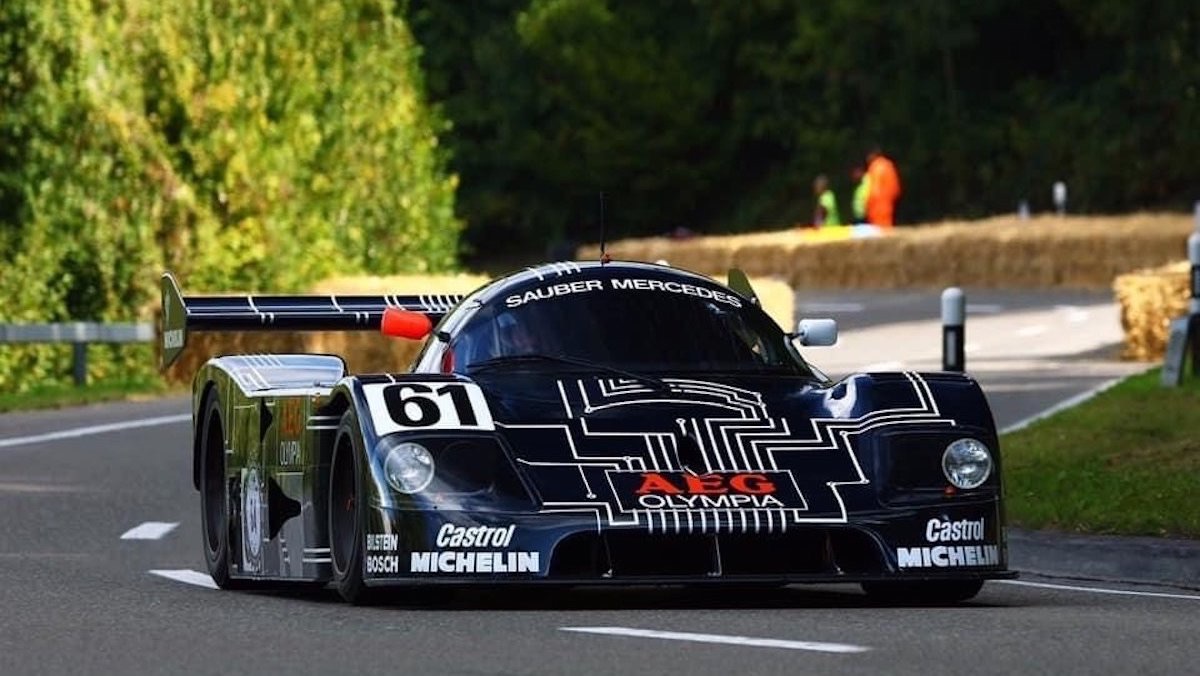 The Sauber-Mercedes C9 was Group C Prototype race car used by the Mercedes-Benz works team in the World Sportscar Championship from 1987 to 1990. The AEG-liveried car here that you see here has been fully restored aesthetically and mechanically, and it’s powered by a newly-built version of the twin-turbocharged, 930bhp. 5.0-litre V8 that took Jean-Louis Schlesser to the 1989 World Sportscar title. The C9 was also raced by a certain Michael Schumacher. This car was owned by Sauber founder, Peter Sauber, and he is the only person to have owned the car. It is also competition ready - its last recorded competitive outings were three hillclimb events in 2015. A world championship winning Mercedes in your garage? Sounds good, doesn’t it? 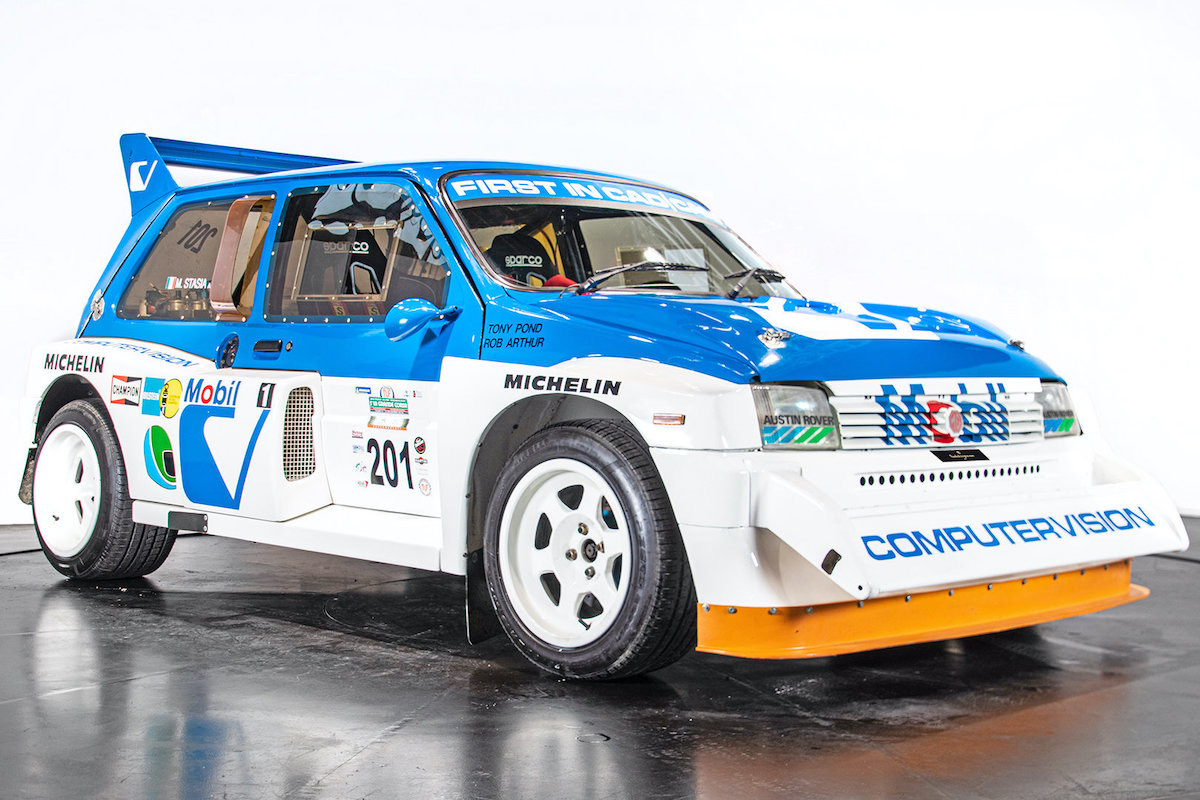 Despite sharing the name of the rebadged Mini Metro, the MG Metro 6R4 had very little else in common with the British Leyland shopping cart of the same name. The 6R4 was designed to compete in the WRC’s fearsome Group B era, meaning it was intended to go head-to-head with Audi quattro, Lancia Delta S, and Ford RS200. The car was powered by a rear-mounted, 3.0-litre V6 developed by Williams Grand Prix Engineering, and mated to an all-wheel-drive system. The Metro 6R4 enjoyed a successful debut, with Tony Pond - the driver of this very car - finishing third on 1985 Lombard RAC rally. Results were varied during the coming season, and British Leyland withdrew from the WRC at the end of 1986. However, the 6R4’s nimble handling, compact size and tuneable engine meant it went on to enjoy much more success as a rallycross car. In later life, the 6R4’s V6 engine reappeared as the powerplant for the Jaguar XJ220 supercar, albeit with a brace of superchargers attached. 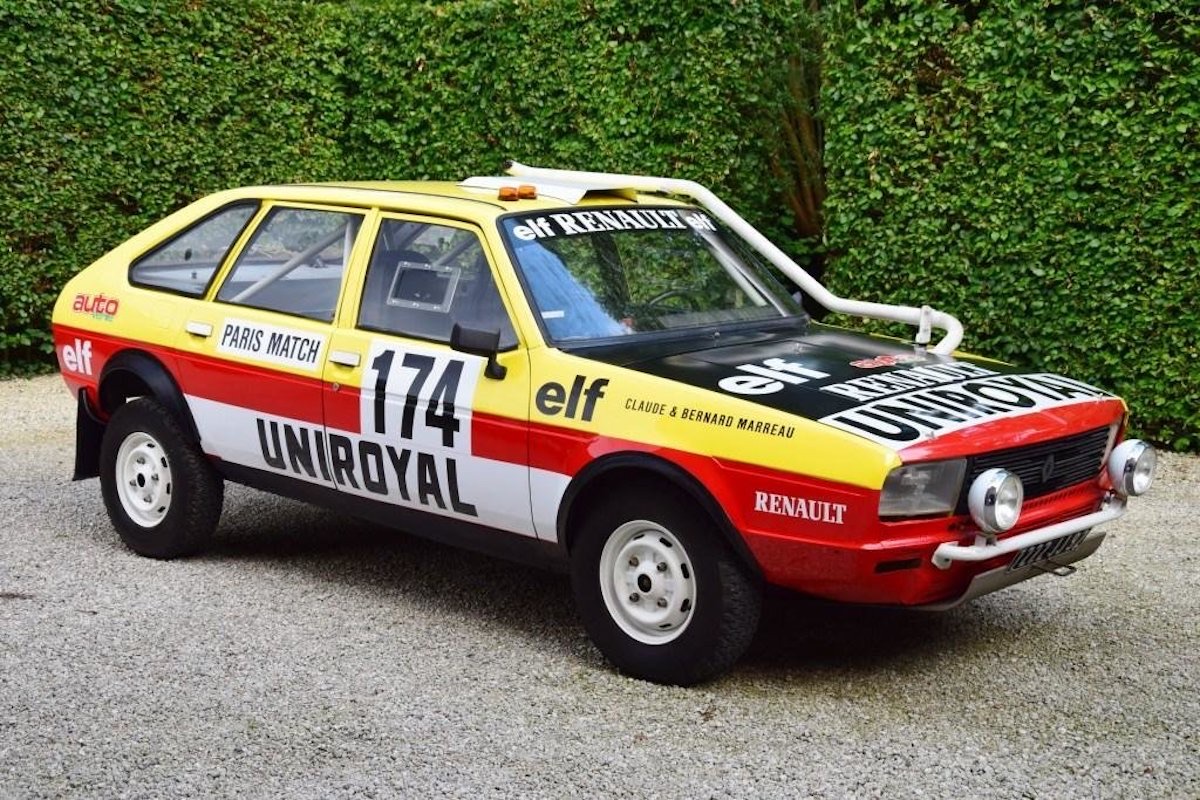 This Renault 20 here is a key car in Renault’s motorsport history, albeit one that’s often overlooked. Driven by Claude and Bernard Marreau - a pair of brothers known as ‘the Desert Foxes’ as a result of their successes on the 1971 Cape Town to Algiers and the 1979 inaugural Paris-Dakar, the 20 took a narrow victory on the 1982 Dakar ahead of Lada and Mercedes. The Desert Foxes’ 20 took the standard car, but made significant modifications to make it ready for the world’s toughest off-roading event. The rear was taken from a Renault Trafic van, and the rear bench was removed to accommodate a massive 200-litre fuel tank. To cope with the challenges of the Dakar, the 20 was also fitted with four-wheel-drive and Renault’s rugged 110bhp, 1.6-litre engine. Most strikingly, the modifications meant that the Renault 20 Dakar’s exhaust pipe emerged from the bonnet and ran over the hood. To own a machine that’s both a Dakar winner and one of the most interesting cars from the Renault Sport back catalogue, get in touch with Albion Motorcars using the link below.