Here’s Why Sabine Schmitz Will Always Be Awesome

The motoring world recently lost one of its much-loved characters, when former race driver and Top Gear presenter Sabine Schmitz passed away after losing her battle with breast cancer at age 51 on March 17th.

Sabine wasn’t “fast for a girl”, she was fast full stop, and an expert of the Nürburgring Nordschleife. She twice won the N24 - one of the most gruelling endurance races - with BMW, and won the British public’s heart after uttering the immortal line “I do that laptime in a van” when openly mocking Jeremy Clarkson’s attempt at shifting a diesel Jaguar S Type around the ‘Ring on early days Top Gear.

Alongside being a damned good driver, Sabine’s “resting face was a huge grin.” She possessed a sense of humor that showed she wasn’t afraid to get stuck in and take the piss out of the boys.

To celebrate a life well-lived but tragically cut short, the Dyler team looks back at some of the moments that made Sabine a legend amongst us. 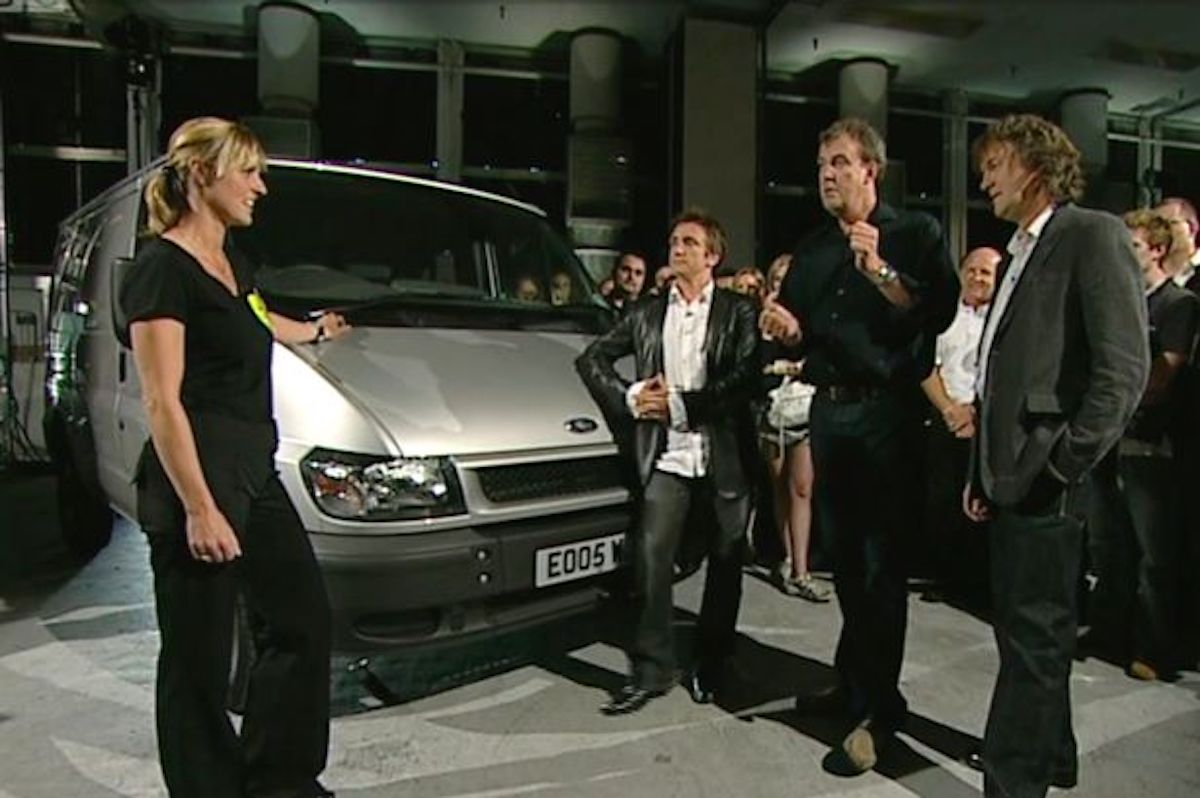 “I do that laptime in a van” - that’s Clarkson told, then
© YouTube

In 2004, the Top Gear team were testing a diesel Jaguar S Type around the Nürburgring and enlisted some help from local Sabine on how to get around the track as quickly as possible. After sharing her tips with Clarkson, she then proceeded to smash the big man’s lap time by 47 seconds in the same car, which is what prompted THAT line. Whilst she didn’t manage to beat Clarkson’s lap time using the Ford Transit, she came within just nine seconds. Legend.

Serving as the Nürburgring’s Taxi Driver 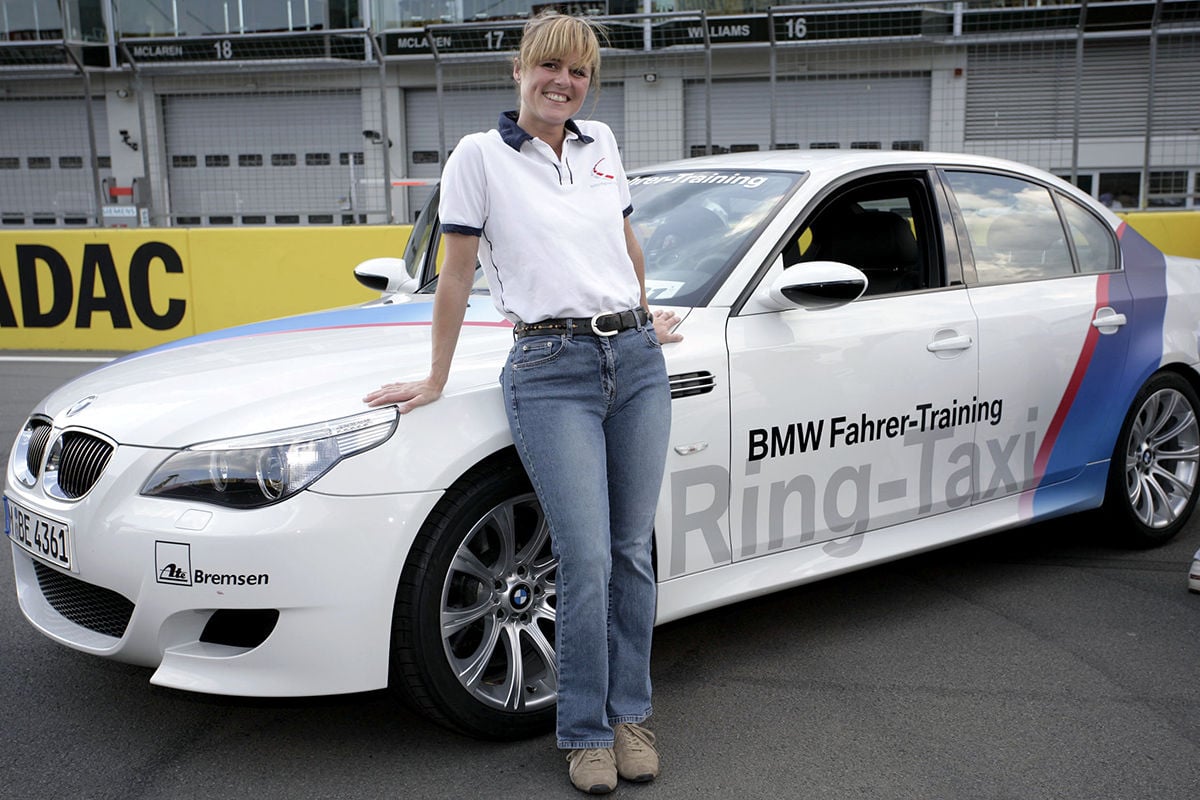 A lifelong BMW fan, Sabine’s local knowledge of the Nordschleife (she grew up a stone’s throw away!) landed her the not too shabby job of being BMW’s taxi driver around the circuit. However, her taxi wasn’t your usual boggo Toyota Corolla that smells vaguely of sick. Oh no, Sabine’s cab was a V10-powered BMW M5 which she used to scare unwitting passengers. After all, can any less be expected from a person who said on Top Gear “sometimes it’s fun to scare people”!

She Had Her Own Racing Team 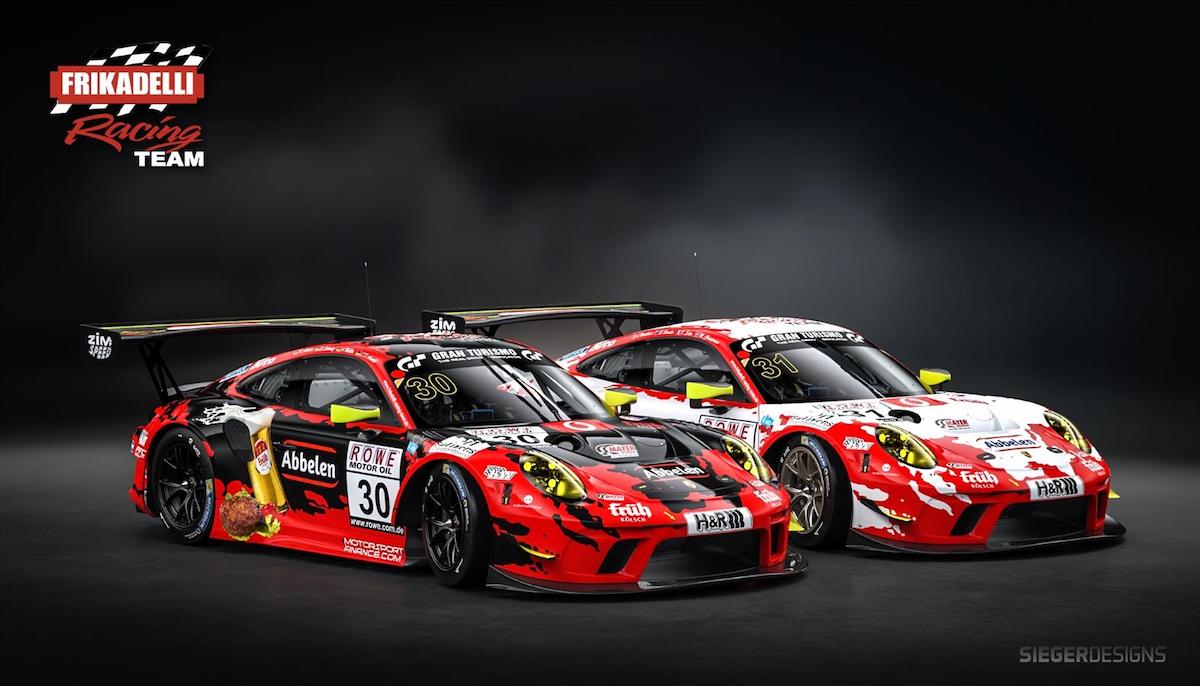 Sabine was the owner of the Frikadelli (or ‘meatball’) Racing team, which competed annually at the N24. Behind the wheel of a Porsche 911, she made more well-known drivers and teams fielding Ford GTs, Aston Martins, and Ferraris look a bit silly. Watch this video here to take a look at what we mean!

Winning The N24 Twice With a BMW M3 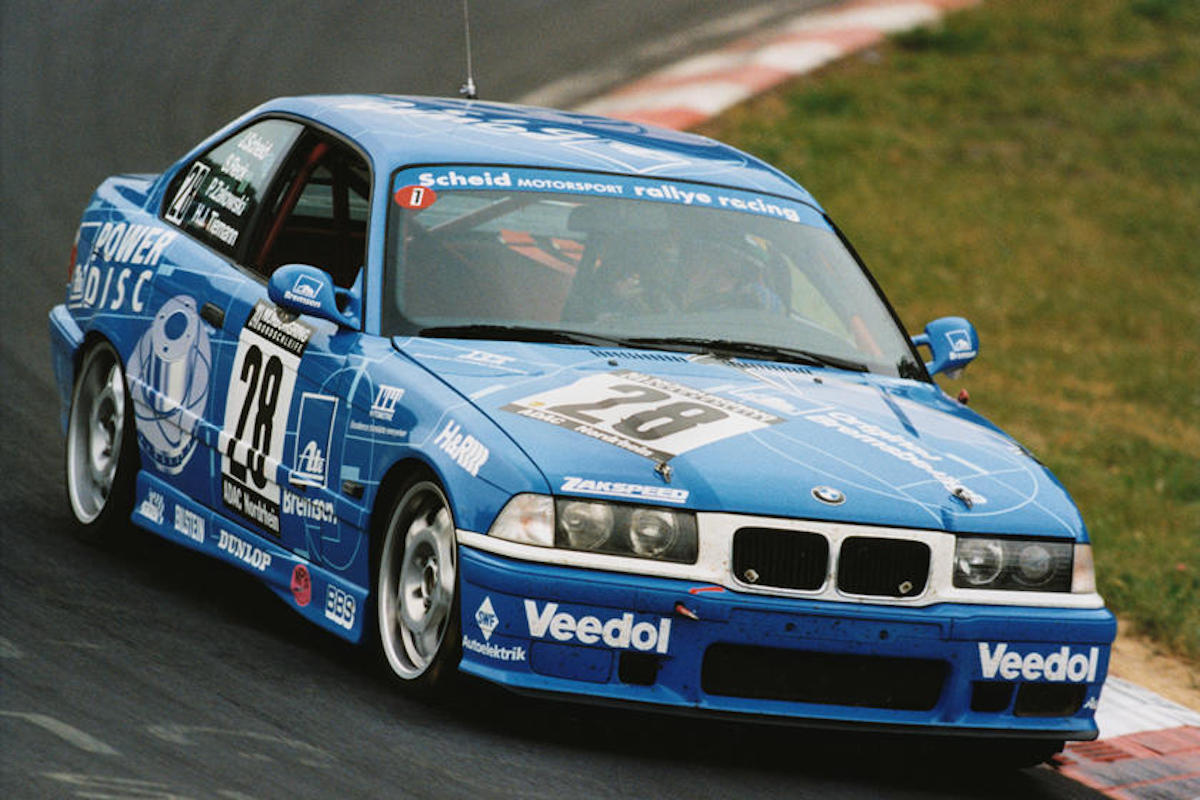 Sabine grew up to the sound of race cars hurtling around the Nürburgring, so it’s little surprise that at the tender age of 13, Sabine decided she wanted to be a racing driver. At age 26, she won the N24 - a race also won by former Le Mans winners Mike Rockenfeller and Marcel Fässler - with a BMW M3 E36 coupé. She followed it up with another victory (once again in an E36 M3) the following year. 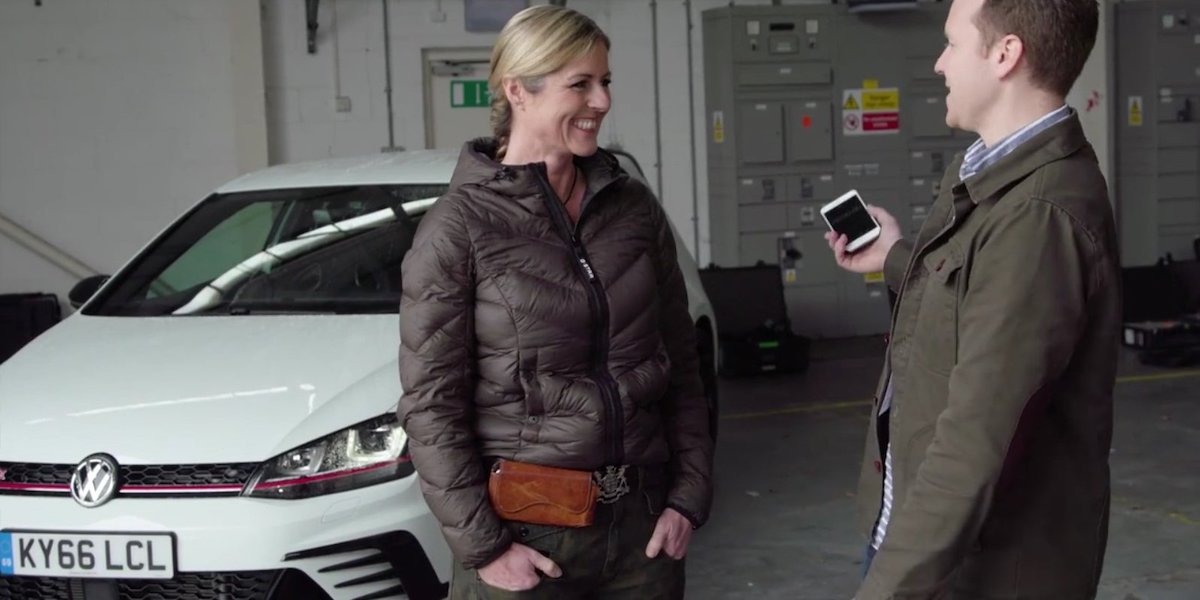 In 2016, Sabine once again rocked the ‘Ring with a VW Golf GTI Clubsport
© VW Vortex

Whilst working as a Top Gear presenter in the post-Clarkson era, Sabine set the fastest lap of the Nürburgring for a front wheel drive car behind the wheel of a Volkswagen Golf GTI Clubsport. She also managed to thoroughly scare co-host Rory Reid in the process.

Showing the WTCC Boys Up in 2015 and Scoring Points 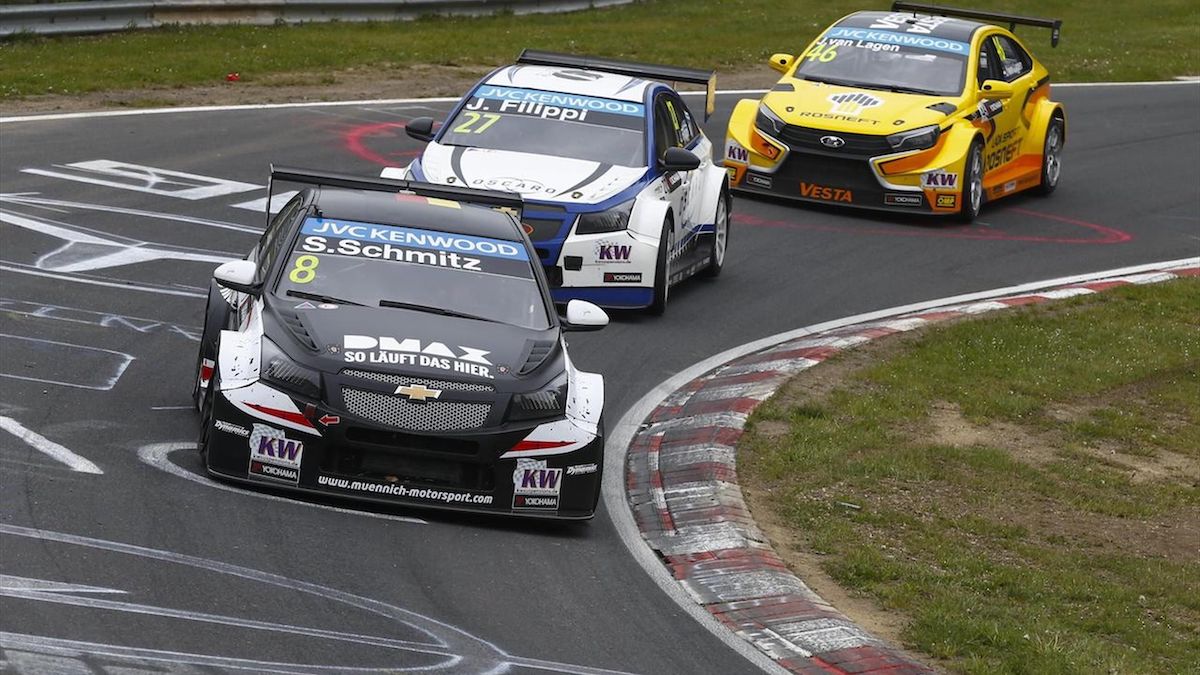 On her WTCC debut at the Nordschleife, Sabine scored points with the Chevrolet Cruz
© Eurosport

In 2015, Sabine entered the Nürburgring round of the World Touring Car Championship with Muennich Motorsport. You guessed it - she also scored points on her debut with a 10th place finish, showing up some of the series’ more established drivers which includes some former F1 and WRC drivers.

Becoming a World Record Holder with a Škoda Kodiaq SUV 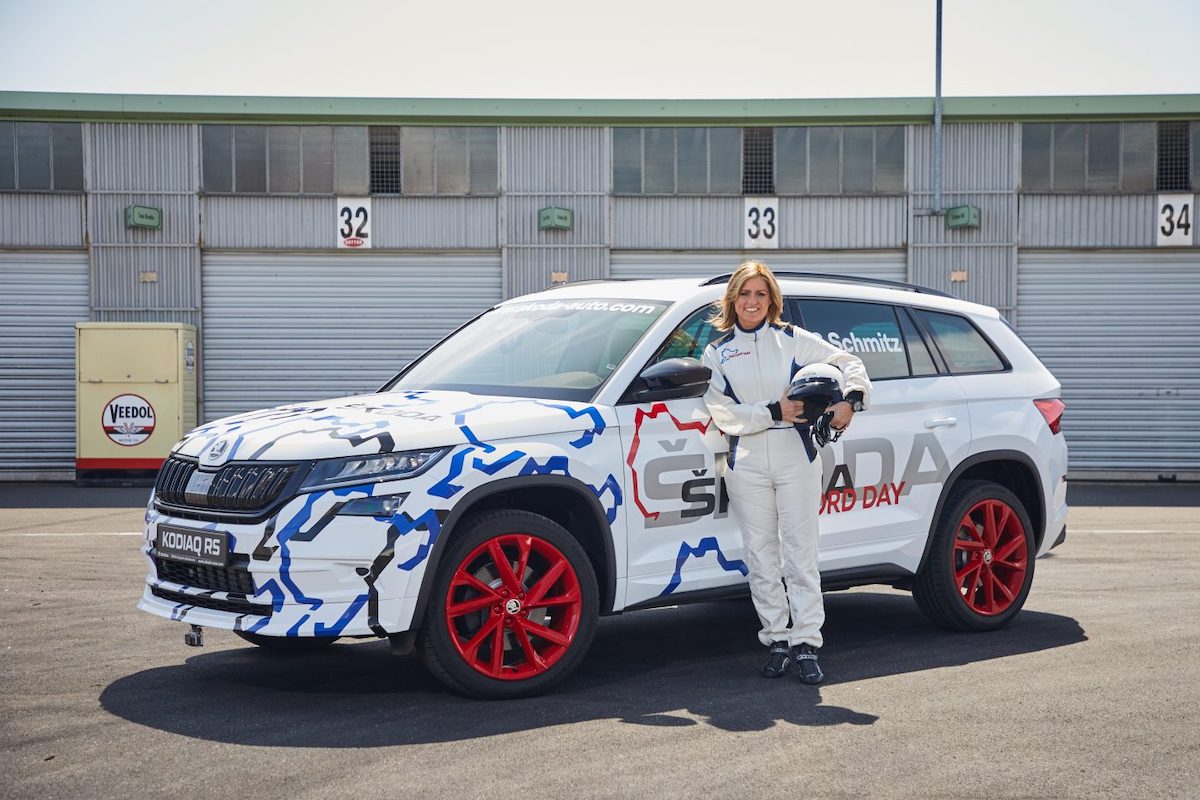 Thanks to Sabine, the Škoda Kodiaq RS is the fastest seven-seater around the Nurburgring
© Škoda-Storyboard

Not content with setting record upon record and winning races, back in 2018 Sabine set the world’s fastest lap time for a seven-seater around the Nordschleife with a Škoda Kodiaq RS. Despite being a large family SUV, the Kodiaq’s length and height didn’t deter Sabine and she set a time of 9m 29s. To this day, the record still stands.