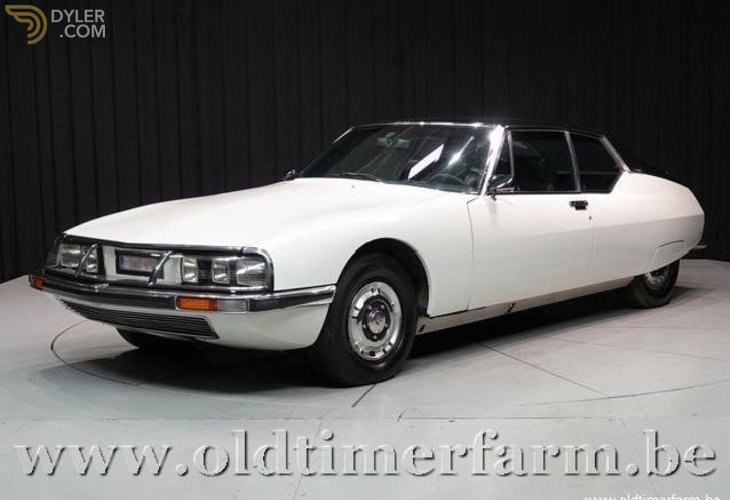 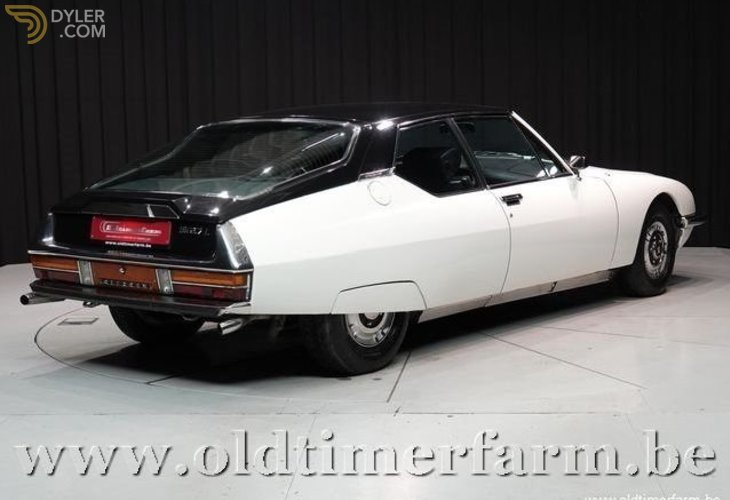 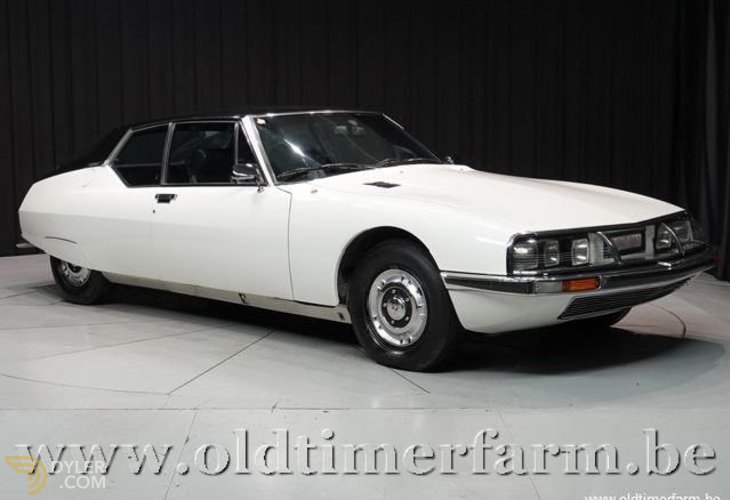 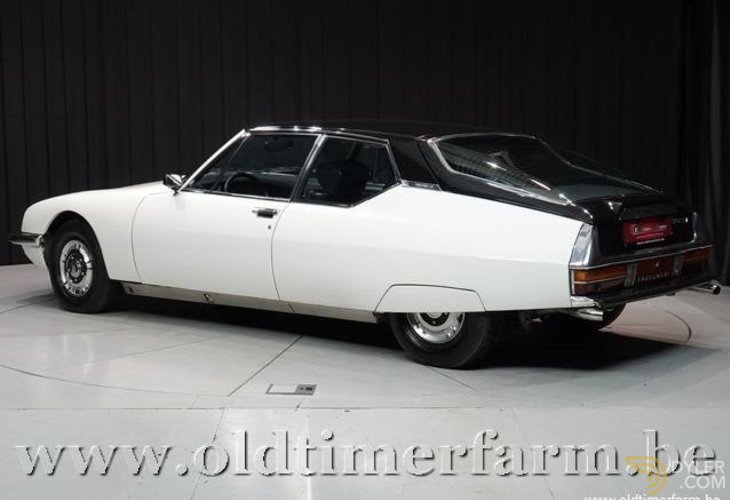 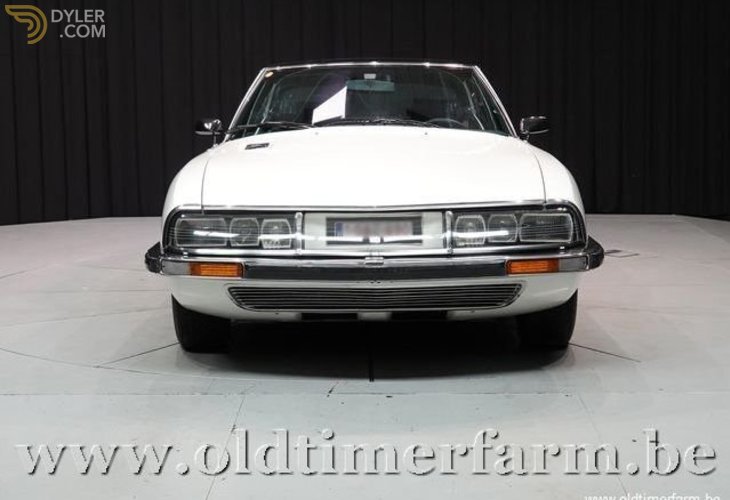 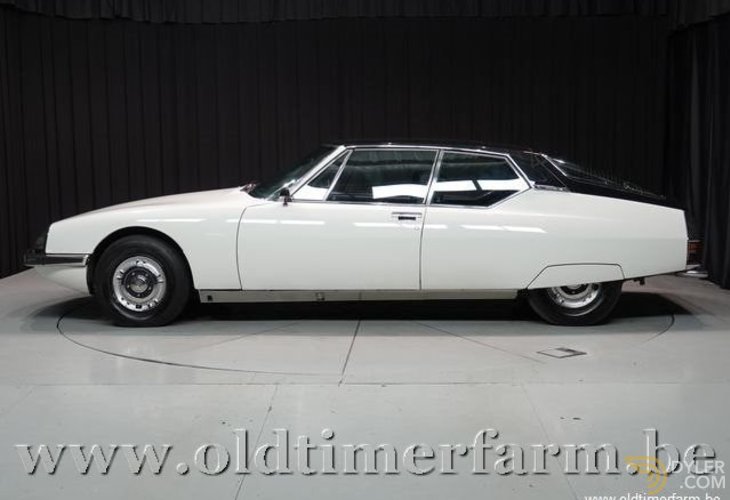 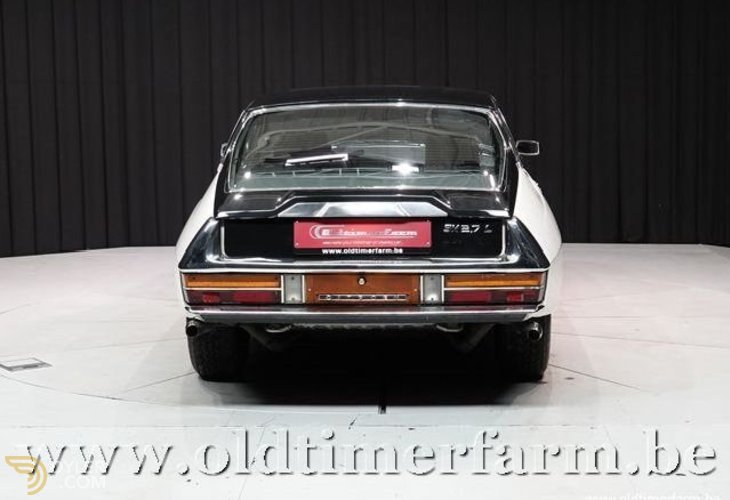 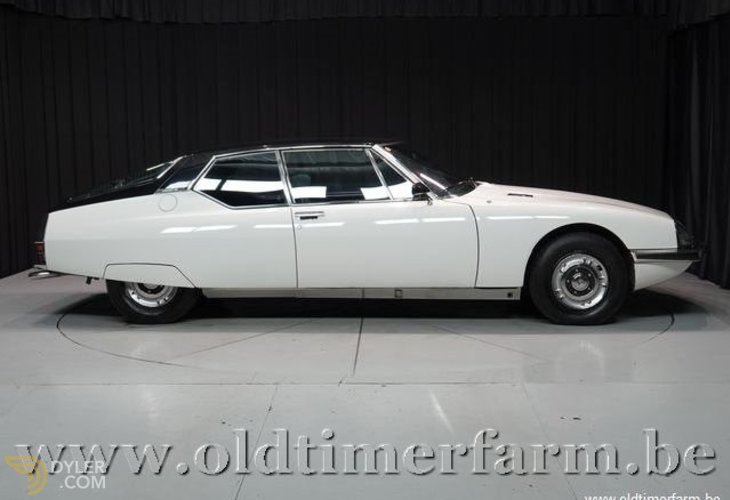 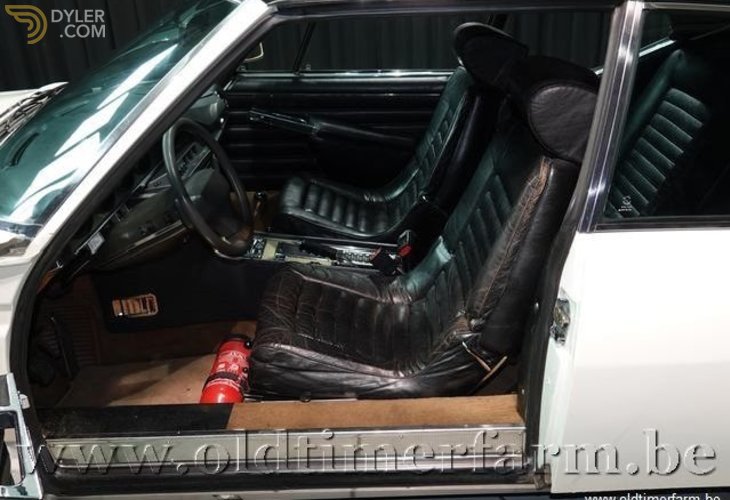 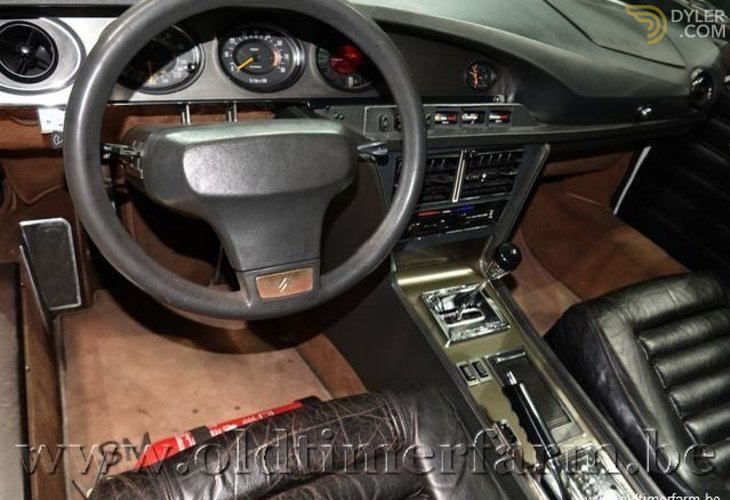 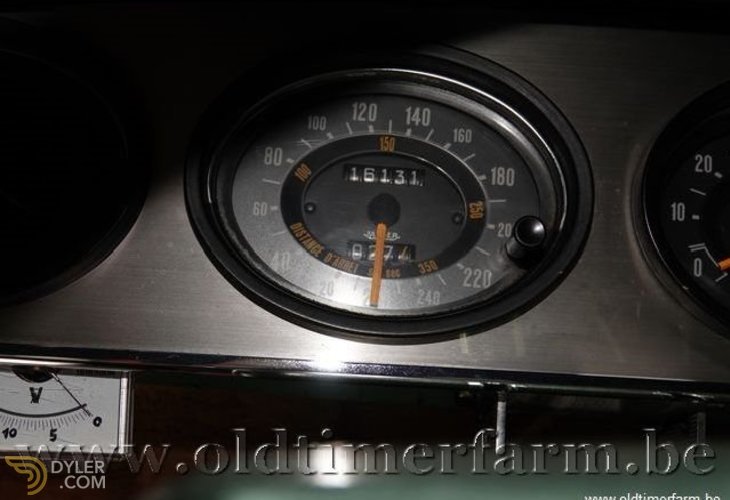 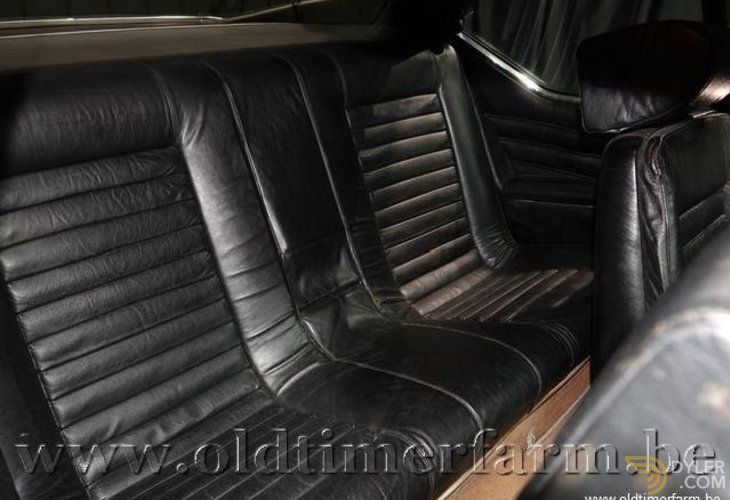 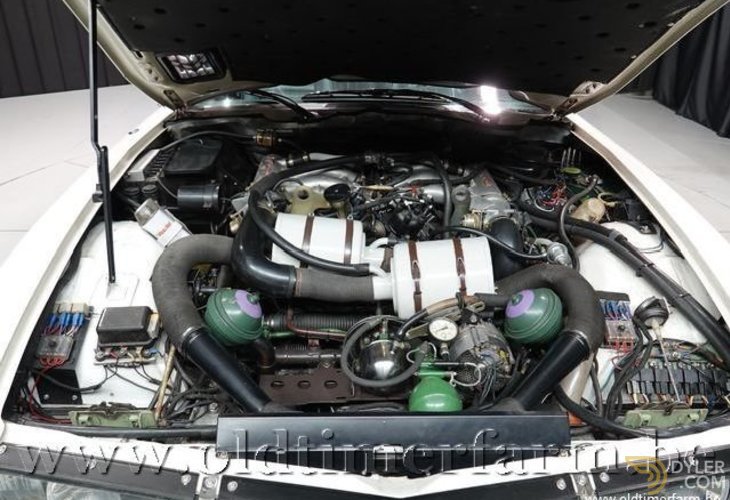 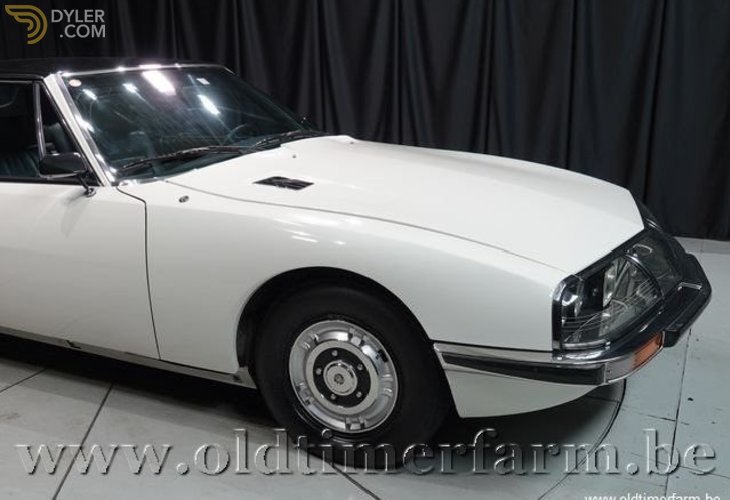 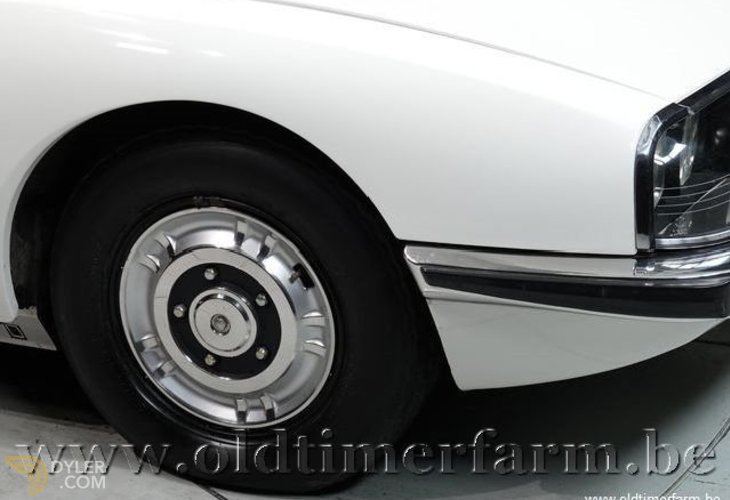 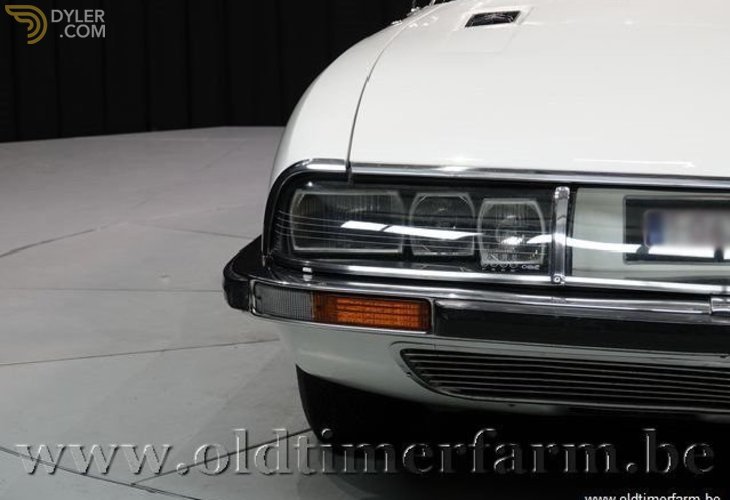 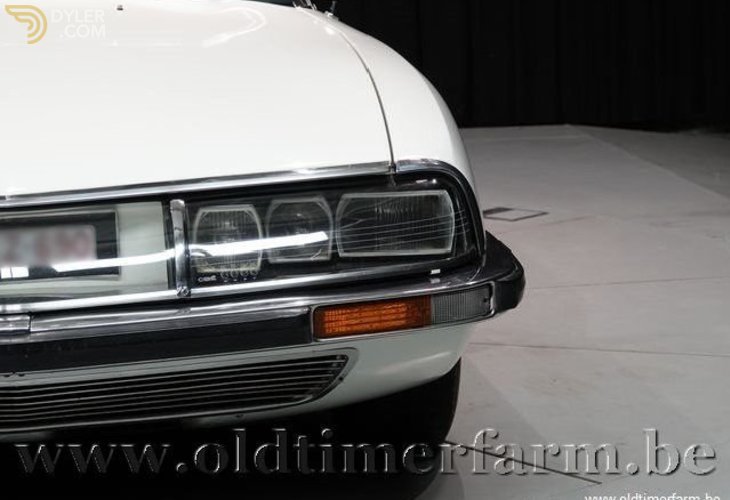 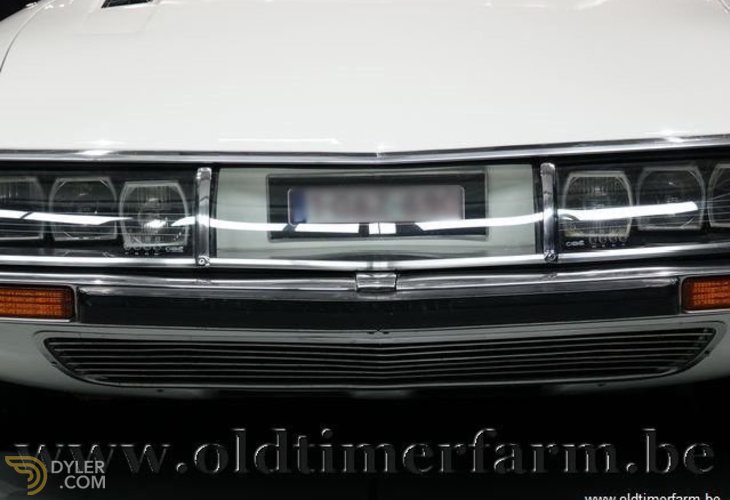 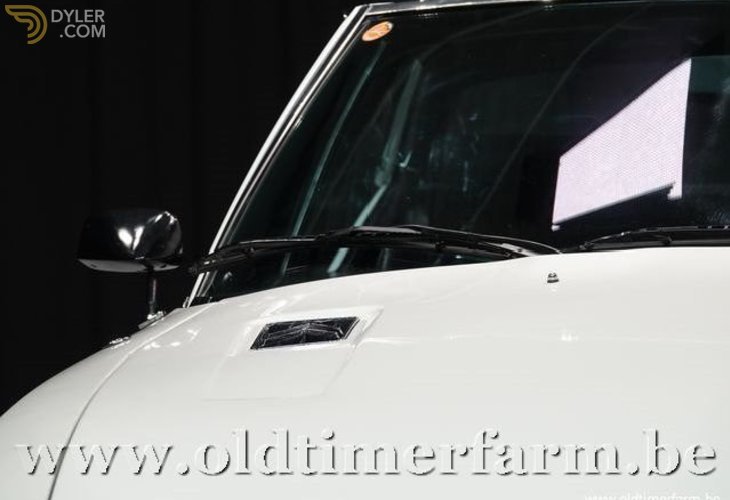 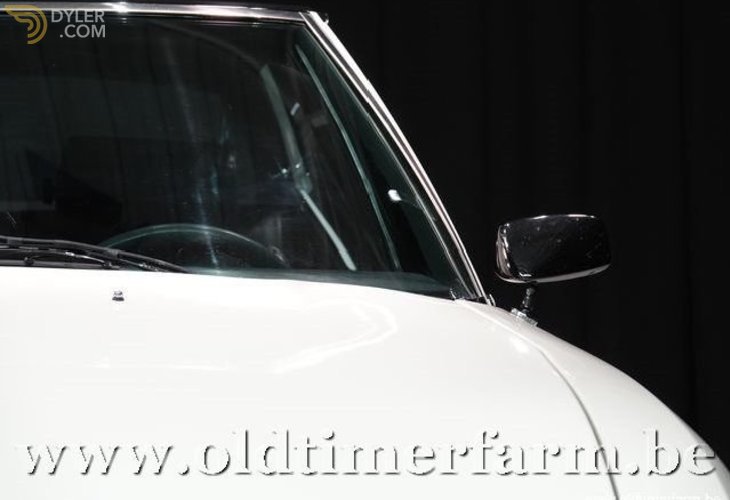 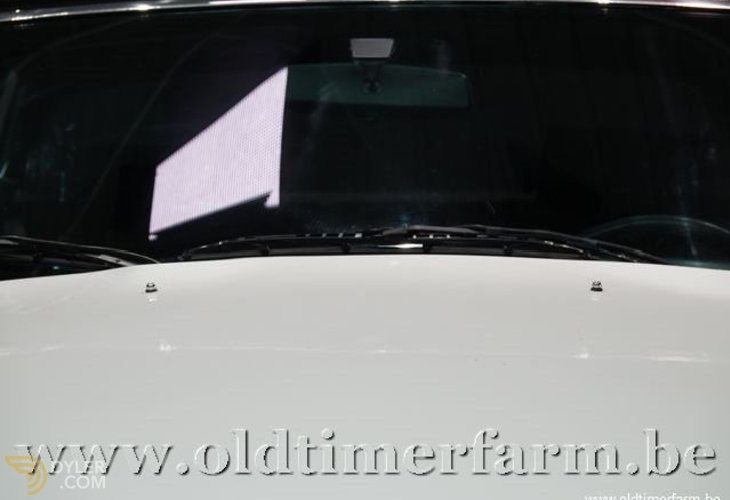 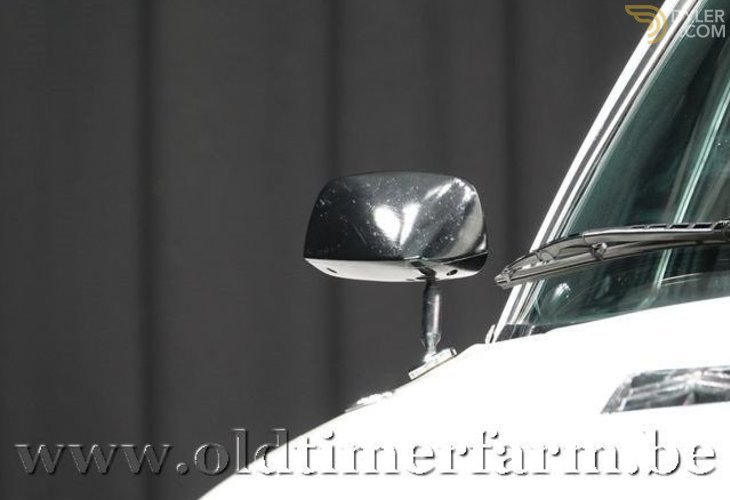 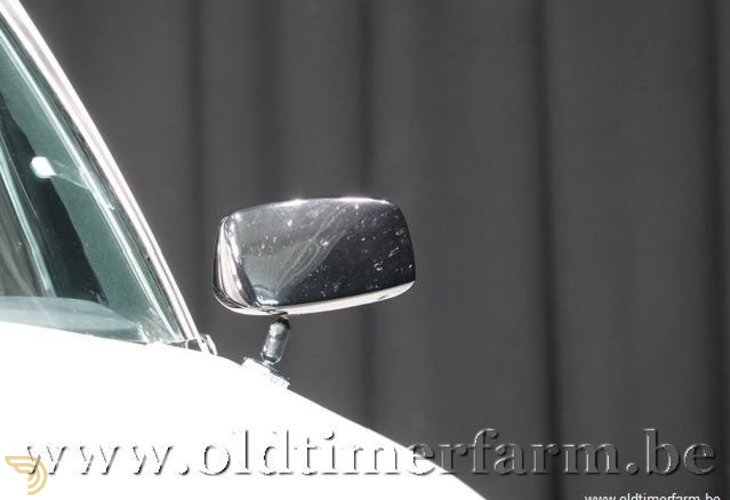 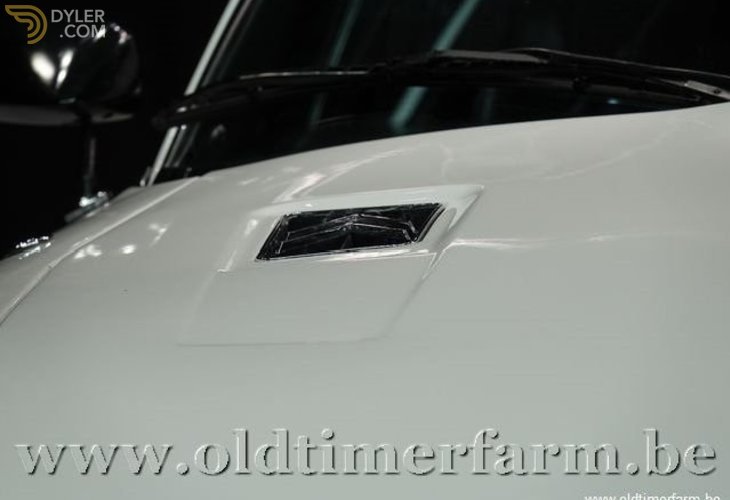 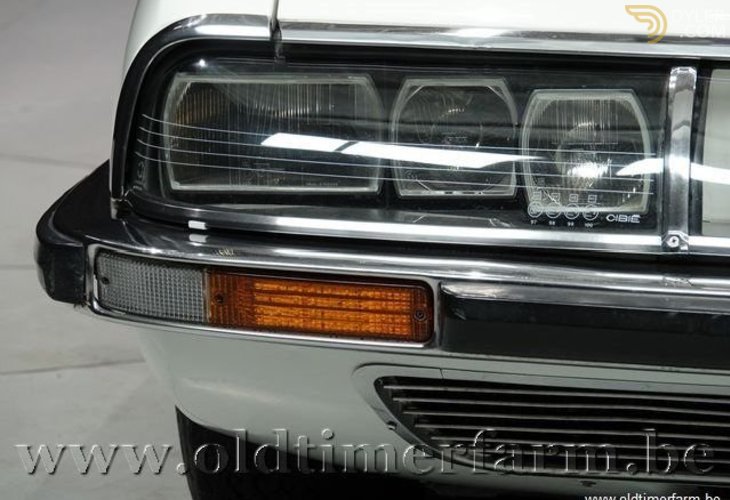 
In 1961, Citroën began work on 'Project S' — a sports variant of the revolutionary Citroën DS. As was customary for the firm, many running concept vehicles were developed, increasingly complex and upmarket from the DS. Citroën purchased Maserati in 1968 with the intention of harnessing Maserati's high-performance engine technology to produce a true Gran Turismo car, combining the sophisticated Citroën suspension with a Maserati V6.

The result was the Citroën SM first shown at the Geneva Motor Show in March 1970. It finally went on sale in France in September of that year. All produced were left-hand-drive, although three official RHD conversions were done in the UK, and recently also Australia.

The origin of the model name 'SM' is not clear. The 'S' may derive from the Project 'S' designation, the aim of which was to produce what is essentially a sports variant of the Citroën DS, and the 'M' perhaps refers to Maserati, hence SM is often assumed to stand for 'Sports Maserati'. Another common alternative is Série Maserati,[2][3] but others have suggested it is short for 'Sa Majesté' (Her Majesty in French), which aligns with the common DS model's nickname 'La déesse' (The Goddess).  The SM was Citroën's flagship vehicle, competing with other high-performance GTs of the time from manufacturers such as Jaguar, Lotus, Ferrari, Aston Martin, Alfa Romeo and Porsche. It was also Citroën's way of demonstrating just how much power and performance could be accommodated in a front-wheel drive design.

The SM introduced a new type of variable assist power steering that has since spread throughout the vehicle population. DIRAVI as it was called, allowed great assistance to the motorist while parking, but little assistance at motorway speeds. The steering actually had the same "assist" at all speeds — the steering was hydraulically locked against steering movement of the wheels from the road ("feedback") up to the capacity of the unit. Hitting a pothole at high speed would not turn the steering wheel in the driver's hands. The reduction in 'assist' was achieved by a piston/roller pushing on a heart shaped cam geared to the steering shaft (hence the one turn to full lock), which was fed with system pressure so that as its pressure rose with increasing road speed, the steering assistance seemingly reduced and the steering centering effort rose. However, full steering wheel turning was available at all speeds, though considerable force was necessary to turn the steering wheel at high road speed. Enough pressure was admitted to the centering unit to return the wheels to the straight ahead position when the car was not moving. The centering pressure was regulated by a flyweight centrifugal governor driven by the pinion (secondary) shaft of the manual gearbox and by a proportioning valve connected to the fluid pressure in the automatic gearbox, which pressure was proportional to the speed of the output shaft. The pressure increased all the way to 120 mph (190 km/h), and a subsidiary function of this feed was to turn off the air conditioning fans above 50 km/h (31 mph).

Contemporary automotive journalists were most effusive about the SM's dynamic qualities, which were unlike anything they had experienced before. The SM provided a combination of comfort, sharp handling, and high performance not available in any other car at the time. The magazine Popular Science noted that the SM had the shortest stopping distance of any car they had tested.

Unfortunately, the SM did not find a sufficient customer base in the European GT market, but much of the SM's technology was carried forward to the successful Citroën CX, launched in 1974 the DIRAVI steering being the most obvious example. The same basic engine in enlarged 3.0 L form (some in Italy had 2.0 L) was used in Maserati's own Merak which, together with Maserati's Khamsin and Bora, used Citroën's high-pressure hydraulics for some functions, and the Citroën gearbox in the Merak, during the Citroën-Maserati alliance.  The look of the car, although easily identifiable as Citroën, is quite distinct, with a shape that even today looks futuristic The car was even used in a 1999 television advertisement for British Petroleum of Spain, where 'a futuristic car was required'. Designed in-house by Citroën's chief designer Robert Opron, the SM bears a vague family resemblance to the DS, especially in retaining the latter's rear-wheel spats. Seen from above though, the SM resembles a teardrop, with a wide front track tapering to a narrower rear track.

Many of the details reflect Opron's American background, notably the vestiges of 'fins' at the rear. Opron worked on aircraft body design and aerodynamics while in the USA, and the SM benefited from this experience. It was unusually aerodynamic for its era, with a very low drag coefficient of 0.26. The ventilation intake is located in a "neutral" area on the hood, which makes the ventilator fan regulate the interior ventilation at all road speeds.

European critics marveled at the resulting ability to travel for hours at 200 km/h (120 mph) in comfort and with impressive fuel economy on the large 90 l (20 US gal, 17 Imp. gal.) fuel tank.

With its distinctly modernist influence, the interior styling of the SM is as dramatic as the exterior. The small oval steering wheel is matched by oval gauges. The manual shift lever 'boot' is a highly stylized chrome gate. The seats are highly adjustable buckets with centre padding composed of many individual 'rolls'. High-quality materials are used throughout. The bonnet is aircraft grade aluminum, while the external bright work is stainless steel, rather than ‘cheaper’ chrome (except for "plastichrome" "SM" trim at the rear base of the rain gutter).

The SM's design placed eleventh on Automobile Magazine's 2005 "100 Coolest Cars" listing.  In 1970, it was a car of the future and the fastest front-wheel-drive car, with a factory-quoted top speed of 220 km/h (140 mph), and independent tests achieving as much as 235 km/h (145 mph). It was an example of the car as a symbol of optimism and progressive technology, similar to the SM's contemporary, the Concorde aircraft.