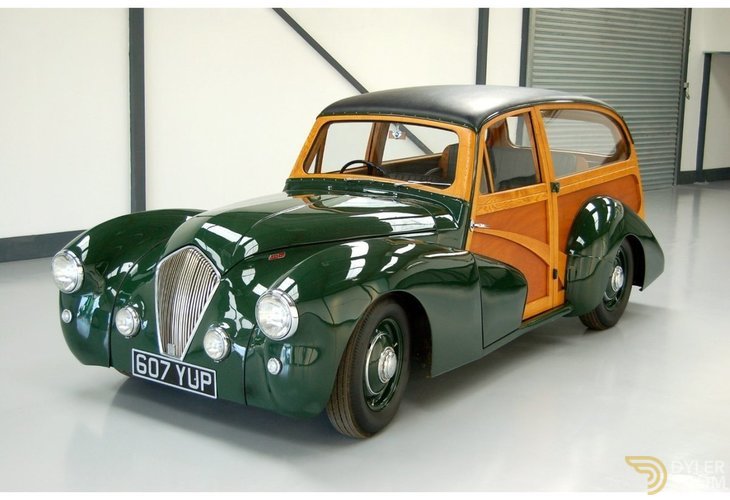 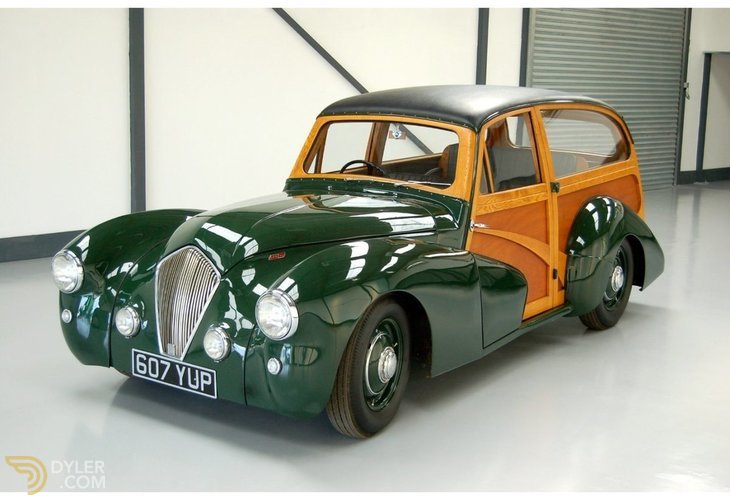 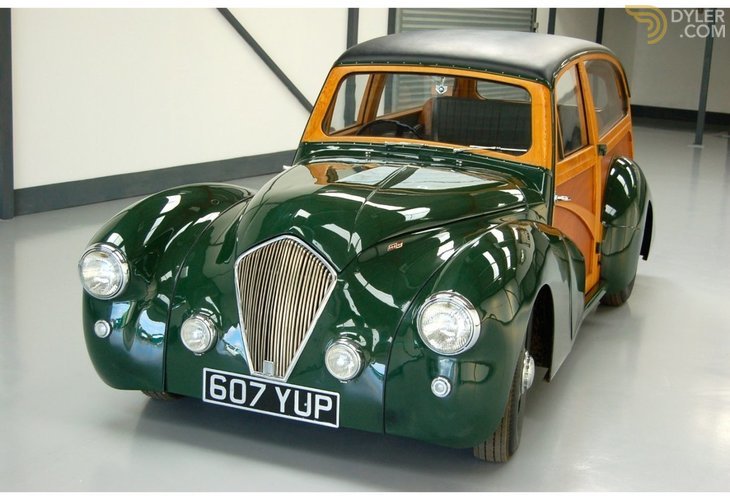 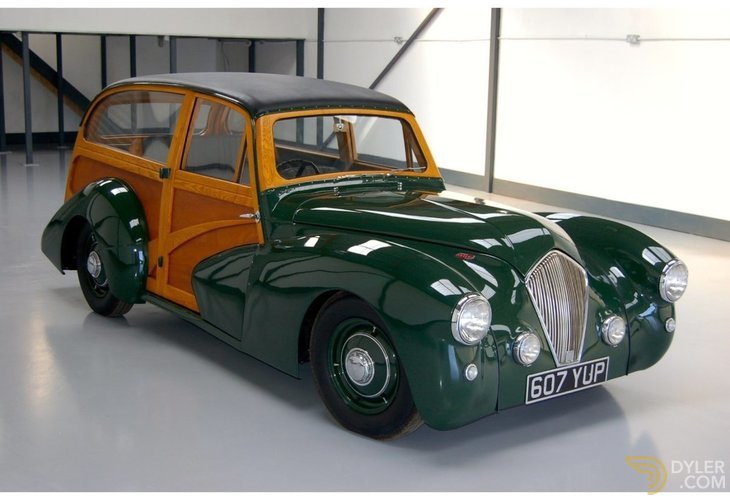 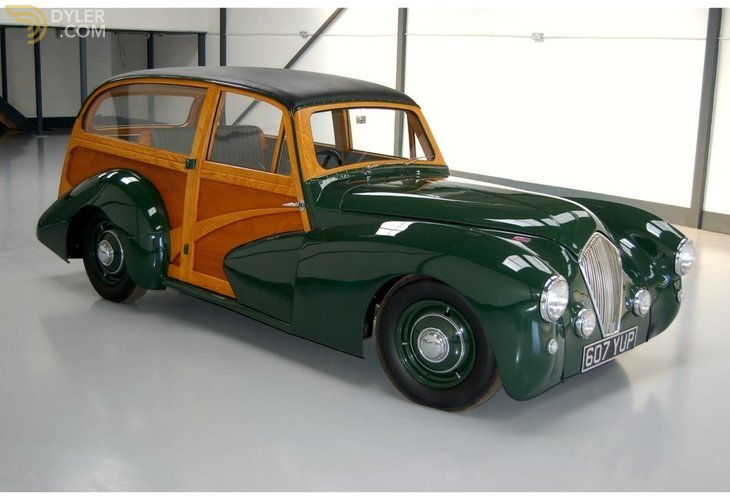 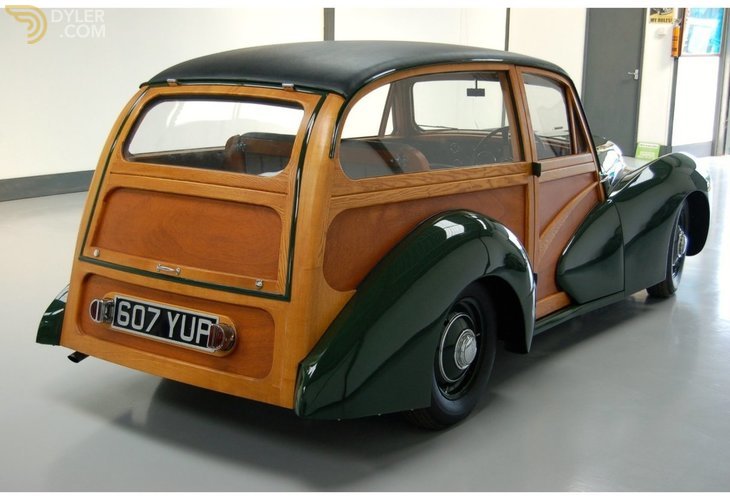 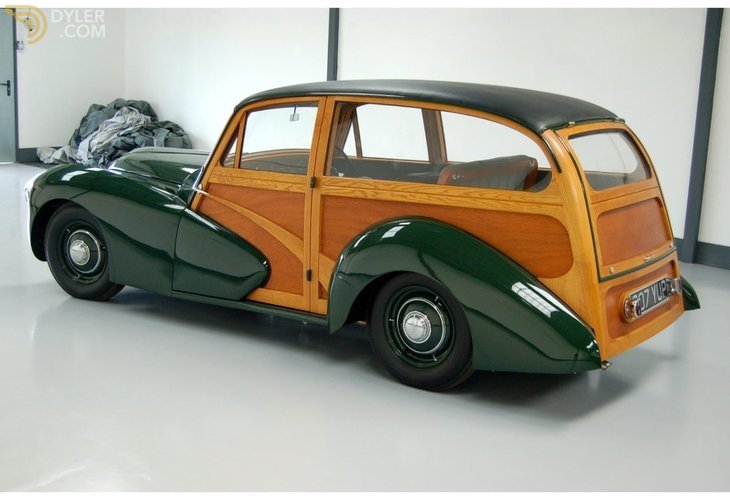 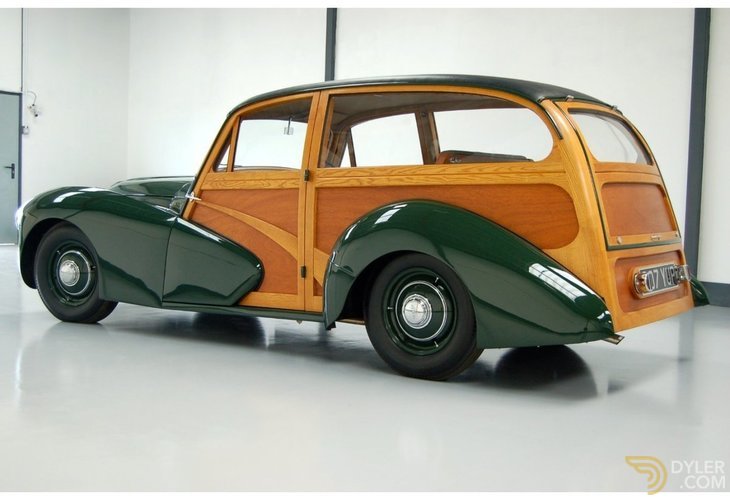 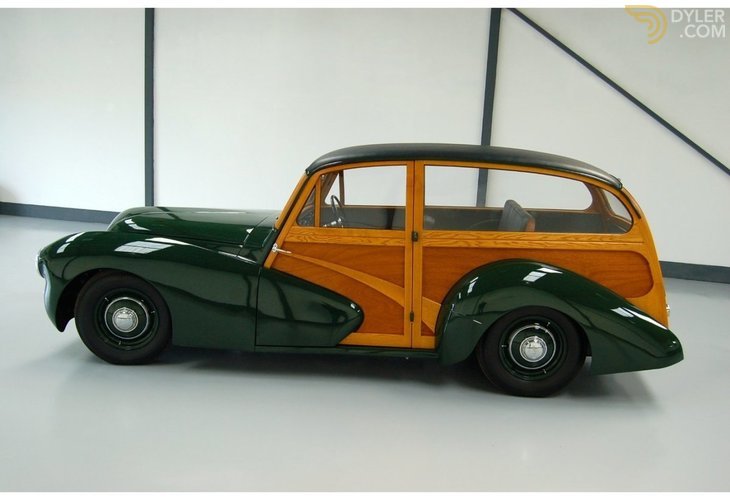 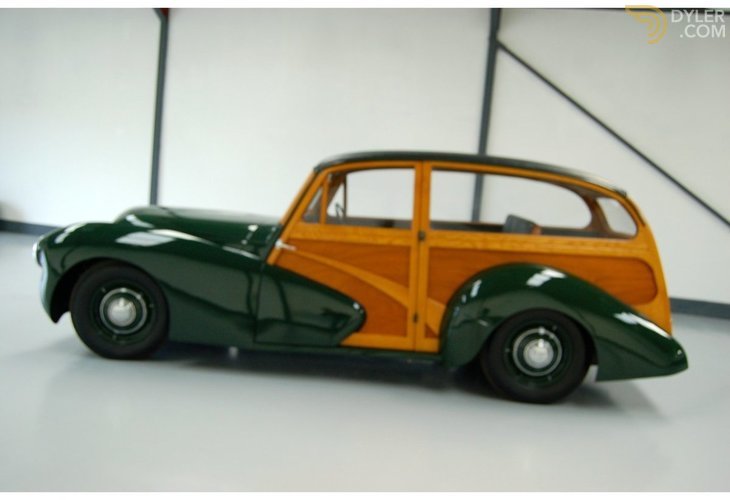 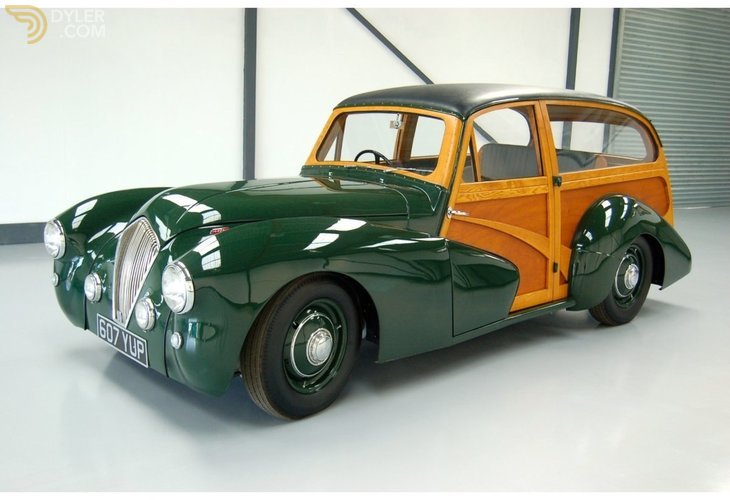 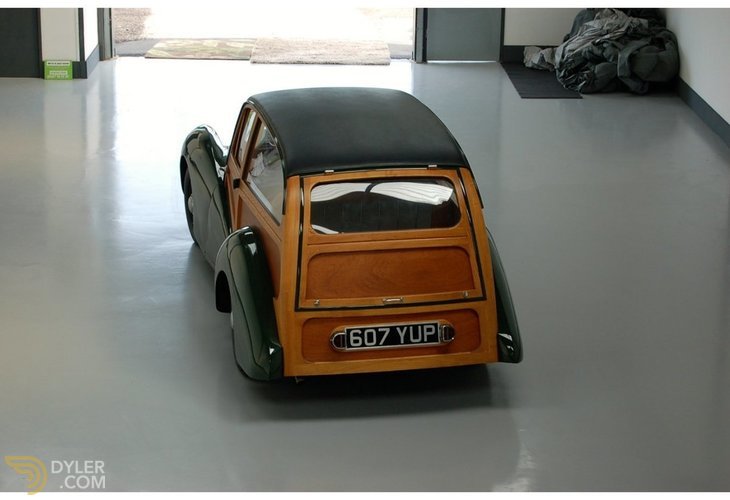 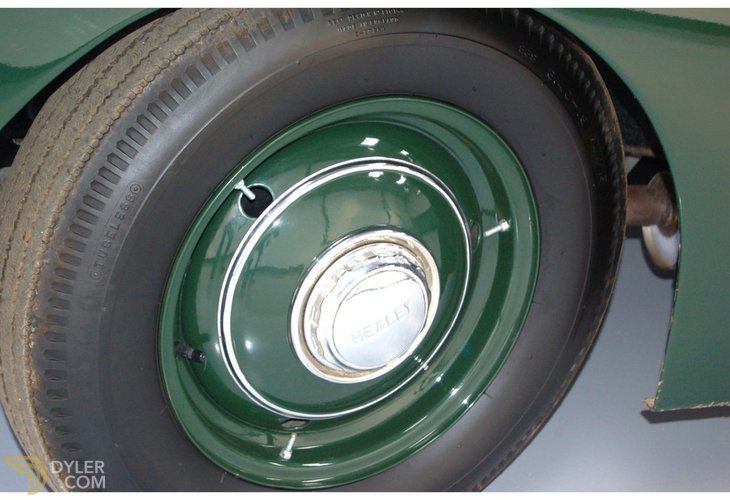 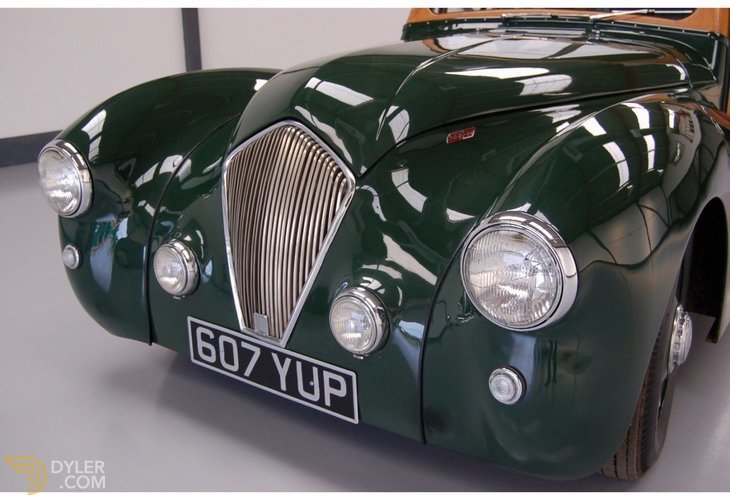 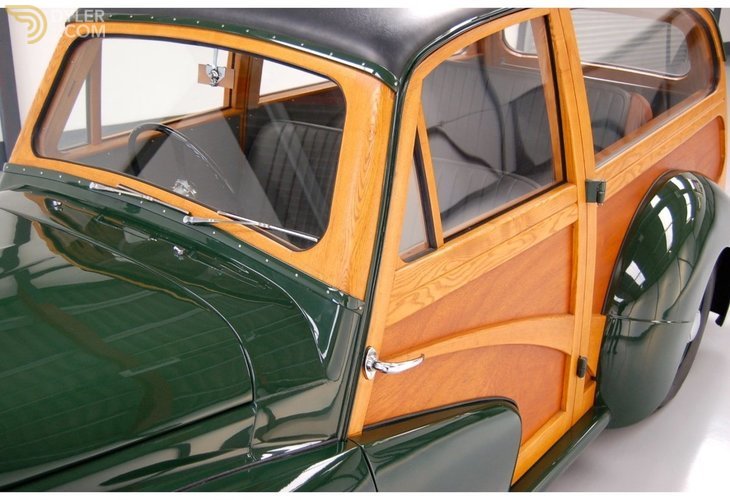 Healeys production records indicate that some 123 were sold purely as rolling chassis with a whole range of different bodies fitted. Most were English and included saloons, tourers and even station wagons or shooting breaks as the British like to call them. The London coachbuilder Hobbs produced shooting breaks that featured a heavy use of exterior timberwork not unlike the Woodies being manufactured in the US at the time. There were a number of European coachbuilders who also used the Healey chassis, such as the Swiss company Beuttler with a number of highly fashionable open and closed bodies but once again were very expensive.

This 1948 Healey Woodie Estate was built by the very well-known Healey Elliott pre-war racer Hector Hobbs, as a result as liking the cars, decided to sell Healeys from his garage in Southampton. To get around purchase Tax of 30% he commissioned the building of 17 Woodie Estates on the Westland Elliott chassis. The woodwork was given to the coach builders Dibbins of Southampton and the panel work was taken from Westlandâs the builders of the Elliott and Westland Roadster. Today only two vehicles survive, 607 YUP (FOW 178) was discovered in a very poor state in Scotland. A full pains taking restoration started about three years ago and a lot of research carried out to make sure the car was correct in every way, with no expense spared. Probably the fastest Woodie on the road today, which is set up so well, it drives like a dream.