With Japanese electronics conquering the world in 1980s, the land of the rising sun was in an era of prosperity. Economic boom and global influences meant people were willing to splash their disposable income on nicer clothing, lifestyle items and cars. Nissan soon realized they had nothing to offer to these picky urbanites, all of their products were rational yet dull.

In fact, the whole management team at Nissan was a bit stale, so they brought some help from outside. It came in a form of Naoki Sakai, an industrial designer whose greatest feat to date was selling the American fashionistas t-shirts with Japanese motives. Naoki set to work designing his first car, and the result was Nissan Be-1. Presented in Tokyo motor show of 1985, this round and cheerful city car was an instant hit. 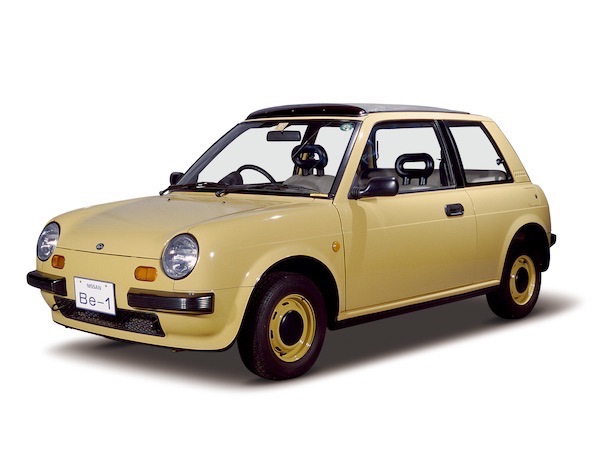 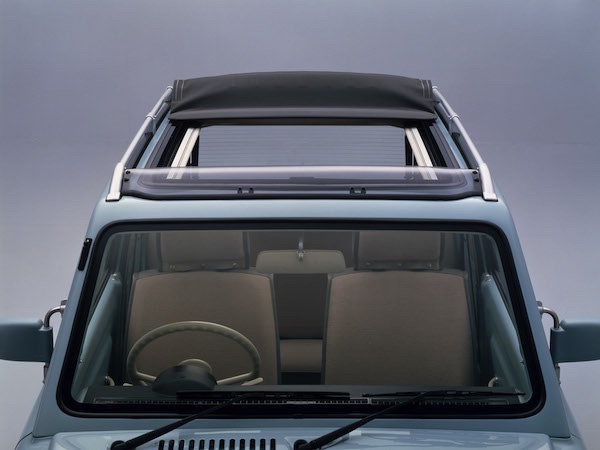 Fashion-conscious buyers literally couldn’t get enough of the Be-1. A limited run of only 10,000 cars was meant to leave the Nissan’s Pike factory, but the demand was much higher. In the end, Nissan issued lottery tickets so people could win an opportunity to buy a Be-1. A small urban car from Nissan reached the level of hype these days normally associated with the freshest streetwear items from Nike or Supreme 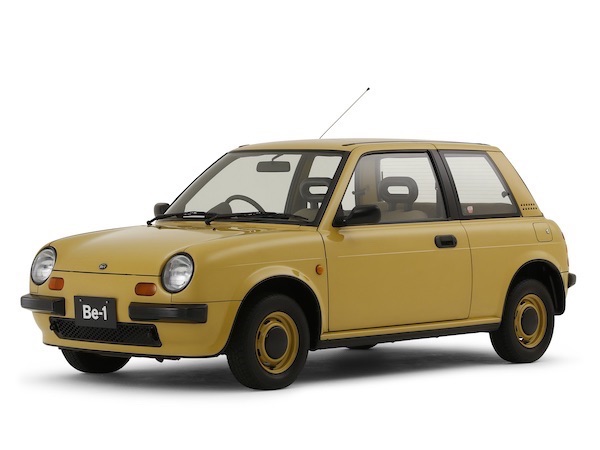 Due to small production numbers, Be-1 is harder to find than other Pike cars
©Nissan 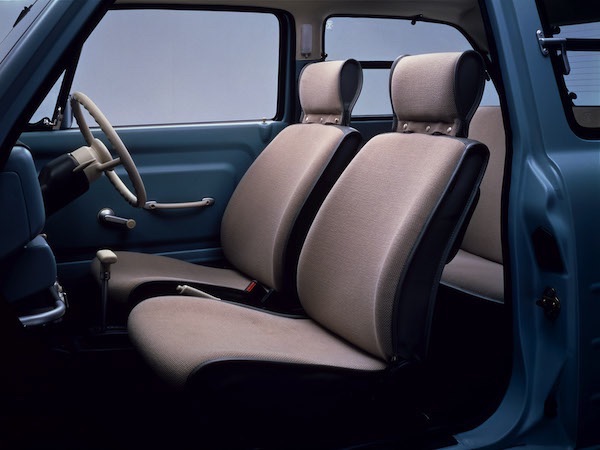 Behind this adorable fascia hid reliable and familiar mechanical components of Nissan March K10, also known as Nissan Micra in other markets. Sceptics may scoff, saying that Be-1 was nothing more than a superficial fad item, but this little car marked a turning point in automotive industry. It pioneered retro-inspired city car genre, preceding VW’s new Beetle or BMW’s Mini by more than a decade. Some even go as far as to label the Be-1 a postmodernism masterpiece, as Mr. Sakai seamlessly blended decades worth of design influences into a contemporary city mini. 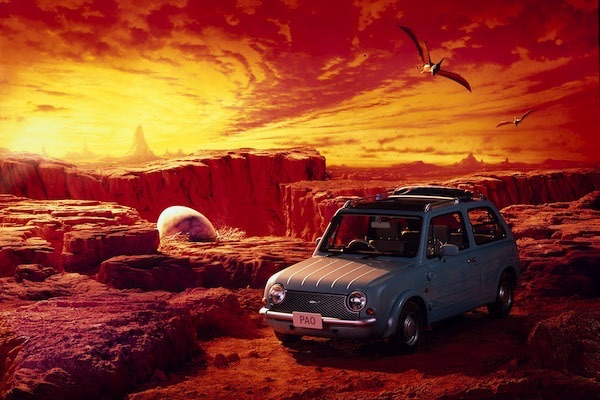 As if the daring design was not enough, Pao was marketed with rather odd visuals
©Nissan 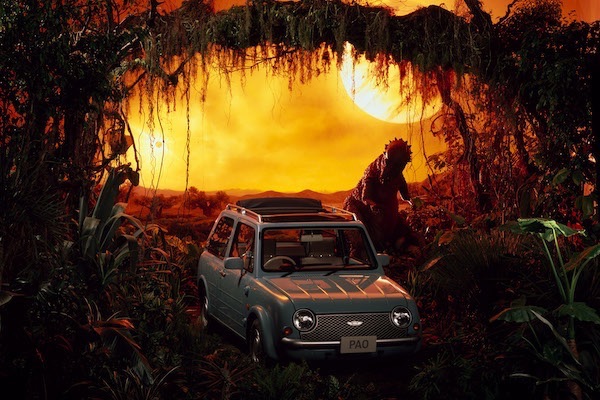 After such overwhelming reception of Be-1, Nissan was keen to maintain their partnership with trend-setting Naoki Sakai. The second Pike factory car was named Nissan Pao and was introduced to the public in 1988. This one was even more retro-themed, with external door hinges and side creases mimicking pressed sheet metal bodies of Citroen 2CV or Austin A40. Despite all that retro flair, mechanically it was still a Nissan March. Anticipating the demand, Nissan decided to build 50,000 of Paos, making it a bit less of a rarity. 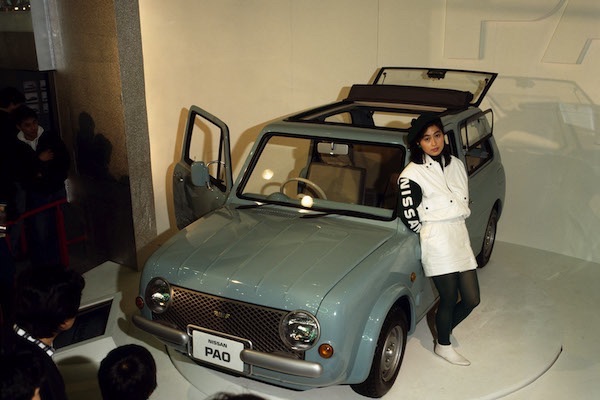 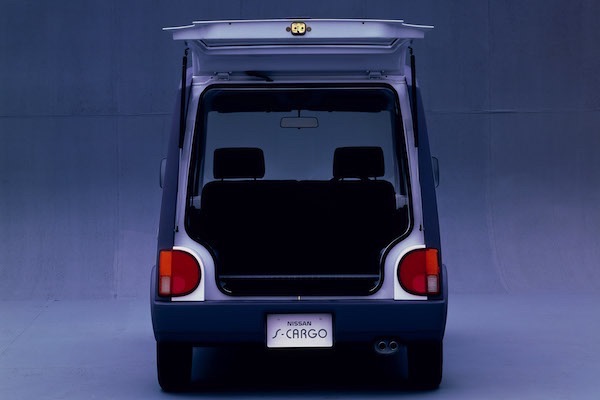 The practical body was built around Nissan Sunny platform
©Nissan

Nissan introduced another Pike’s car besides the Pao, a small cargo vehicle dubbed Nissan S-Cargo. As if the funky bug-eyed looks of this little delivery car weren’t enough, its name was a pun as well. Escargot means “a snail” in French, which was an affectionate nickname for Citroen’s 2CV. I guess that leaves very little mystery regarding Sakai’s design choices when penning this car. It was the rarest of the breed, with only 8,000 of them leaving the Pike factory. 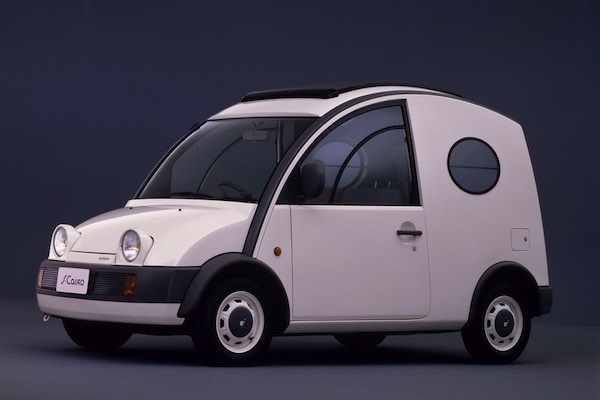 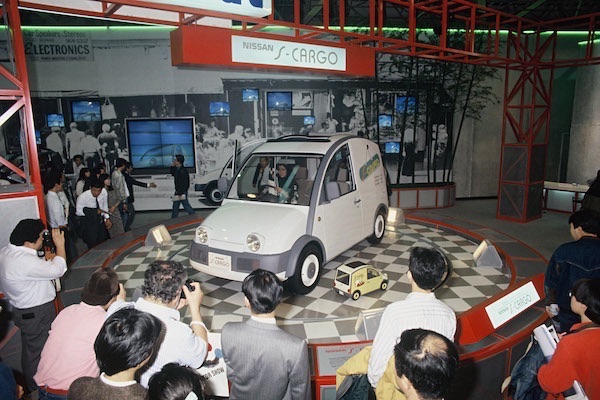 This Nissan’s retro affair culminated with the Figaro. This time, the humble March was morphed into a 1950s-styled fixed top convertible with a sliding canvas top. The car was brought to the world 4 years after the original Be-1 launched, but the demand for quirky Pike factory cars hadn’t withered. Yet another lottery was devised to shift 20,000 Figaros that were ever built. 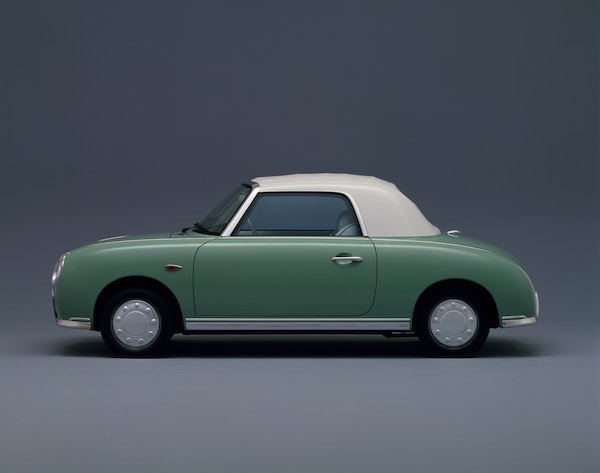 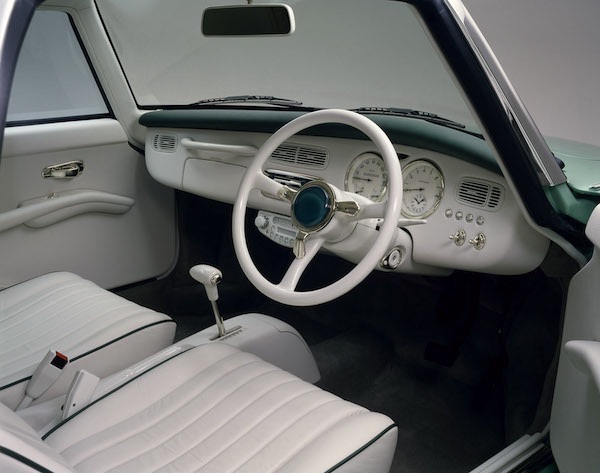 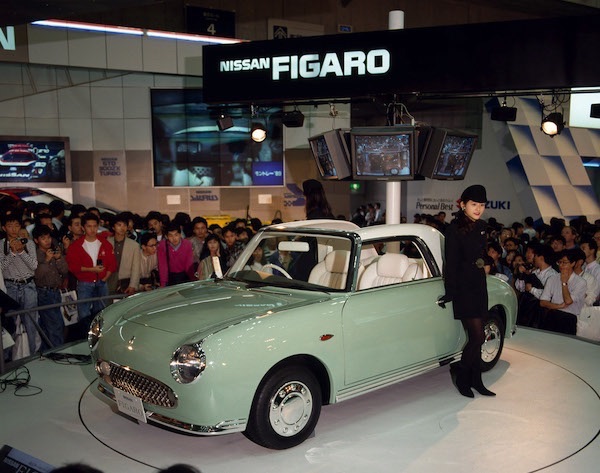 Pretty soon car connoisseurs worldwide caught the Pike fever and started exporting little funky Nissans from Japan. Because of their limited run and relatively young age, the vast majority of Pike factory cars survived to this day and are reasonably easy to find around the globe. A decent Figaro or Pao can be bought for as little as EUR 7,000, while rarer S-Cargo or Be-1 will come at a premium and will be harder to track down.