The Second World War has just ended. The whole Europe is completely destroyed. The German car factories which produced luxurious classic cars on conveyors before the war were also destroyed. The factories that have survived in this earth also have faced a misfortune, i.e. many of them were in the area occupied by the Soviets. BMW which was known as the manufacturer of fast cars during the pre-war period was not an exception.

The plants which were in the territory of the future East Germany were expropriated and at the disposal of the State. The only factory which has survived in West Germany was located in Munich. In 1951, the first post-war BMW car left the conveyor in this factor and has established the image of this made as the made of the manufacturer of fast and luxurious saloon which has survived to the present day. This was BMW 501. 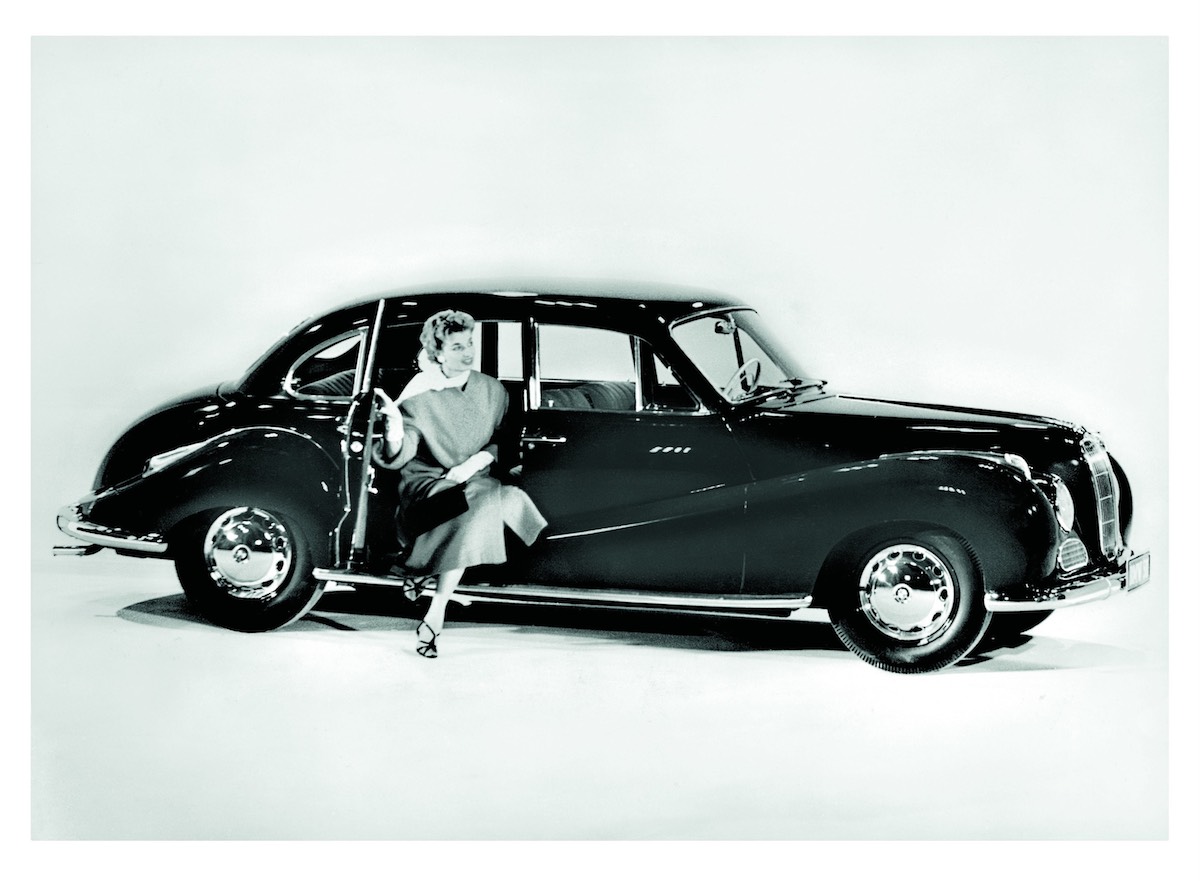 The car design works started in 1948 when the American administration finally lifted the prohibitions to manufacture cars imposed on the company. Although it may seem that it is impossible to manufacture a modern car in the former factory which was almost ruined from “zero”, BMW was able to do this.

BMW 501 had to be a completely new platform in development of which no pre-war company model was used and a torsion of all wheels which guaranteed comfortable and stable driving the future controlled-access highways (autobahns) of the growing West Germany. Even more, driving had to be safer than before because BMW 501 met the passive safety requirements which have not existed yet. For example, the steering column in the car was shortened with a view to preventing injuries of the driver in case of an accident and the petrol tank was installed under the rear seat; it seems like a self-evident solution from the point of view of a person living today, but then it was not usual in Europe where petrol in cars were generally used from the tank installed near the engine. 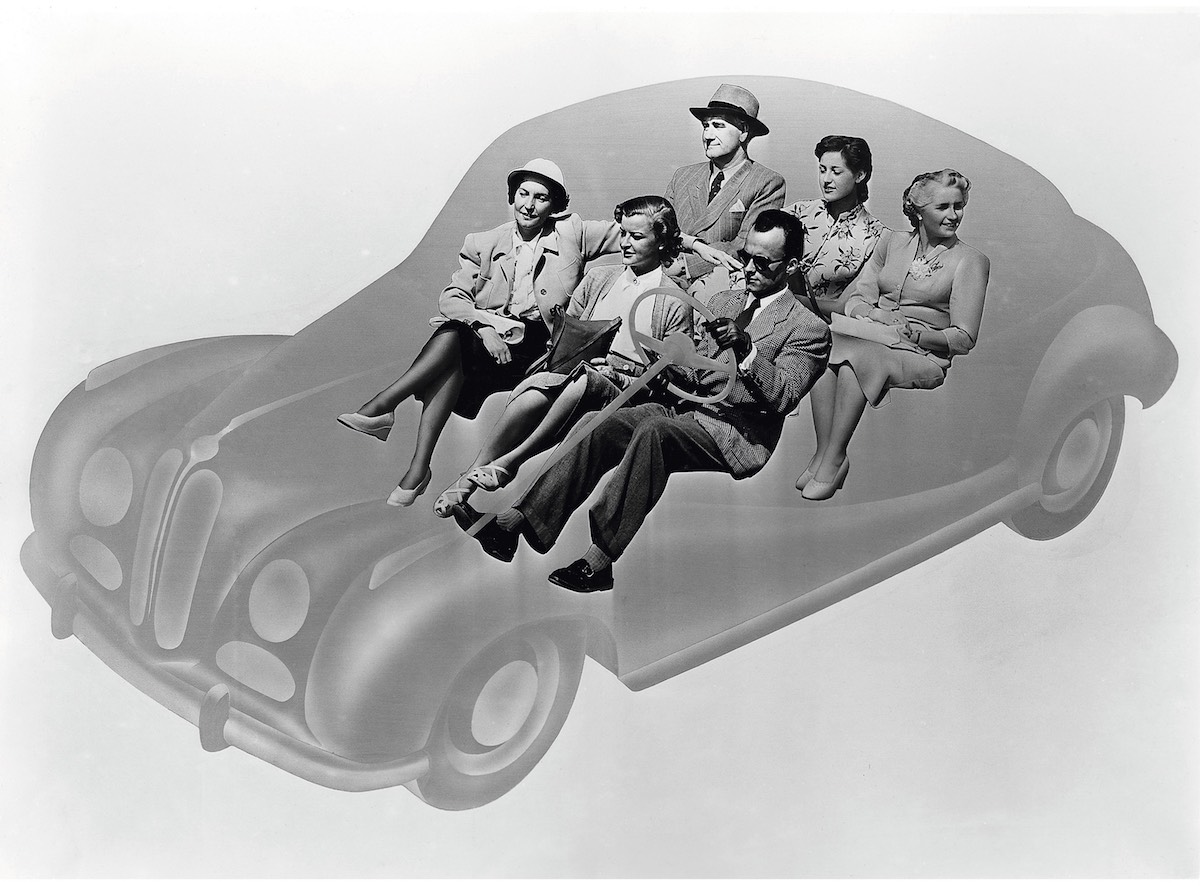 The new BMW model was introduced to the public in 1951 in a car showroom in Frankfurt. Potential purchasers liked the car, they were fascinated by progressive structure and design which was extraordinary at that time. Yet another advantage was that BMW 501 was cheaper than its main competitor Mercedes-Benz W186, also known as Adenauer, and costed only 15,000 Deutsche Marks. It seemed that the company BMW had the opportunity to recapture its pre-war glory again.

Nevertheless, only public reactions suggested this and the reality seemed completely different. Although in 1951 the wirtschaftswunder of West Germany which is also known the economic miracle has already been fully in use, this has not promoted the sales of BMW 501. The sales were hindered by external reasons and internal reasons existing inside BMW company.

In fact, there was only one external reason, i.e. the price. The word “only” in relation to the price of 15,000 Deutsche Marks could be used only when comparing it with the afore-mentioned Adenauer. But it was a huge amount to the average German resident who several years ago had to stand in a queue for food vouchers. Indeed, it has exceeded the then annual average wage in West Germany by around four times. Moreover, this amount was huge and enormous even across the Atlantic, in the USA, i.e. BMW 501 could cost around USD 8,000, i.e. as much as a good house in Los Angeles. Thus, it is not surprising that the public that peeped at it did not burn with a desire to purchase it. 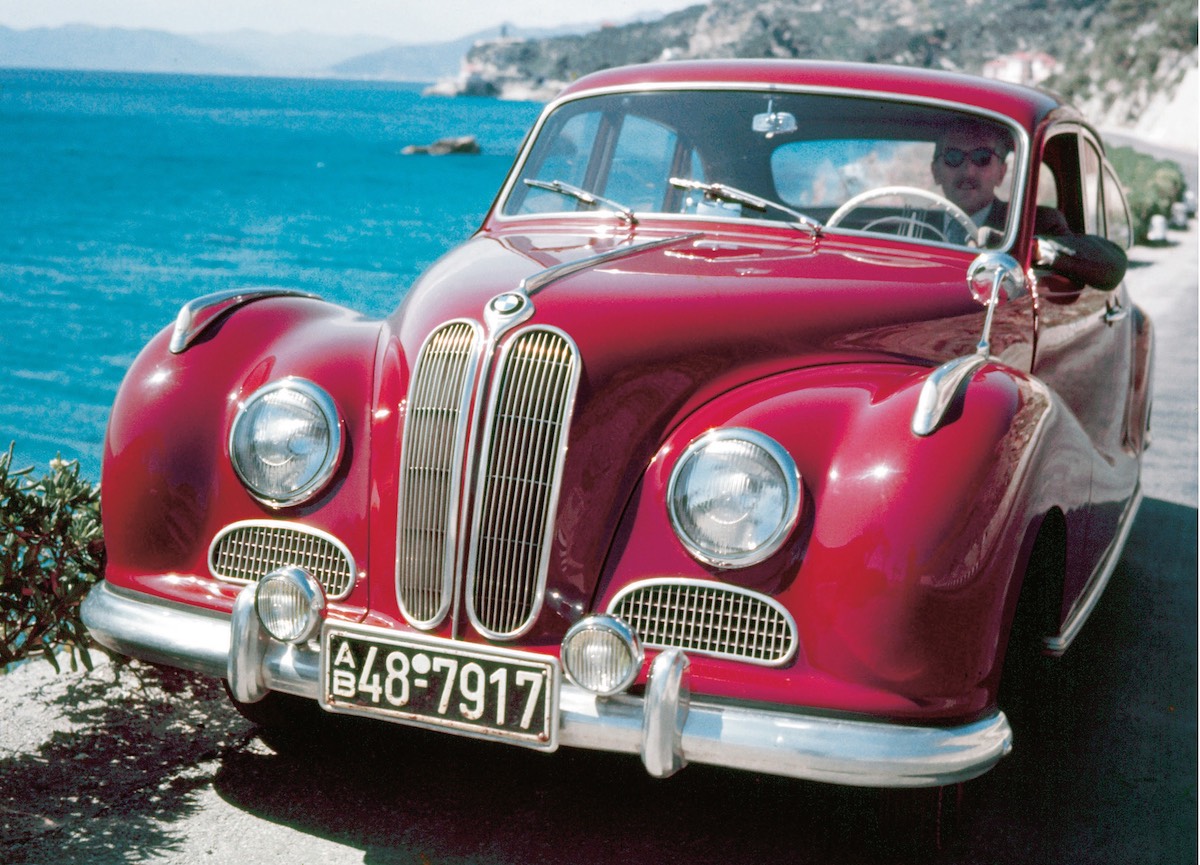 The internal reasons include lack of the principle of organisation in manufacture as such notwithstanding how strange the word “lack of good organisation” may sound in the context of the German manufacturer. Due to different problems manufacture of the model could be launched in Munich only one year from the “premiere” in Frankfurt. One of the problems was that the machinery suitable for manufacture of expanded parts of the body of BMW 501 was not delivered in time. In 2000, the first bodies of BMW 501 had to be manufactured in Karosserie Baur studio in Stuttgart and only then the parts were transported to Munich for final assemblage. However, even finally assembled cars were not perfect.

The BMW 501 cars were mostly criticised for slowness. It would take totally not 27 seconds for BMW 501 to reach the speed of 100 km/h and the maximum speed was not impressive at all, i.e. only 135 km/h. This is because of 6-cylinder and only 62 hp M337 engine which was a modernised version of the pre-war engine of BMW 326. But what was suitable for a medium-sized saloon was completely unsuitable for a luxurious limousine as BMW 501 claimed to be (if not the engine). Thus, in Munich it was decided that it needed a more powerful engine. 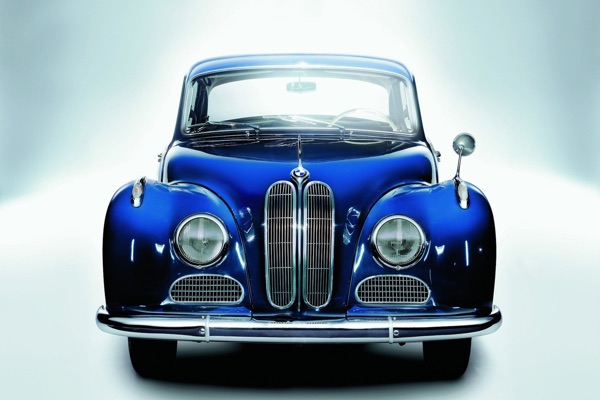 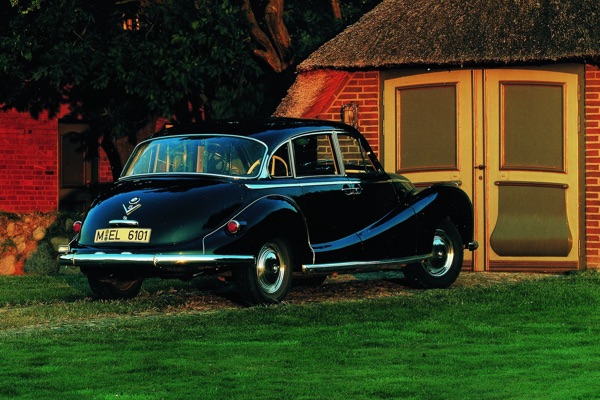 The factory has designed a completely new unit V8 which was unprecedented at that time in Europe. In some sense, it was a something amazing in the whole world, since the new BMW V8 was the first engine installed in a series car the block of which was aluminium cast, thus, placing 8-cylinder capacity in a rather small mass engine. The model with the new engine was called 502, but it did not differ from the model 501 very much. The body of the model 501 was preserved, but the interior was slightly more luxurious, made of better materials than the model 501 and furnished with wooden finishing. The engine of the model 502 allowed to drive faster than the economic growth of Germany reaching the maximum speed of 160 km/h. At that time, it was the fastest German series car.

Nevertheless, the model 501 and its twin brother 502 were characterised not only by speed. First of all, it was a limousine and the car had everything what is typical of the cars of such class. The suspension was soft, at the beginning of manufacture of the cars the steering wheel did not have a power steering, but it was easy to drive, the interior was huge and could carry 6 passengers, it was installed with Blaupunkt radio receiver and other luxurious attributes typical at that time. And the most important attribute of the model was its design. 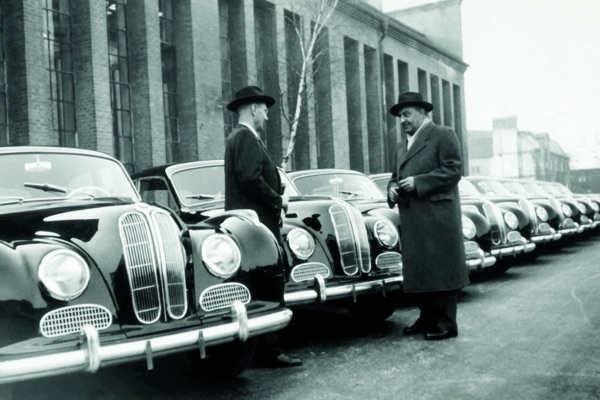 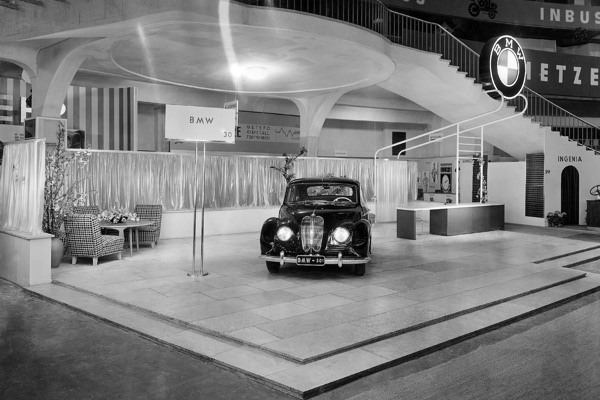 The management of BMW did not like the primary prototype designed by Peter Schimanowski; thus, the management applied to Pininfarina for assistance. But the Bavarians found the design offered by the Italians too similar to Alfa Romeo 1900, thus, it was decided to keep the design offered by Schimanowski. And it was the right decision. The car 501 is probably one of the most beautiful cars of the post-war period. No straight lines or sharp edges, i.e. everything is expanded and smooth. Besides, this was done not only for the sake of beauty, but also for practical reasons. The car was of much more aerodynamic design than other European cars; thus, the fuel consumption costs were rather low and this was another advantage of the model 501. As for the design, even the front glass was curved and made not of two parts it was usual during the post-war period, but solid. Not for nothing the Germans nicknamed the car which sort of “drove out of” the paintings of Rubens as the “Baroque Angel”. However, this angel was not a guard, but seemed like a harbinger of misfortune.

Only a little more than 15,000 units of the models 501 and 502 were sold. The income received from the sales of the model was not sufficient to cover the development costs; thus, the company BMW was exposed to the risk of bankruptcy. The Germans had to immediately conceive a rescue plan; otherwise, the company could pass in history as many German car manufacturers during the pre-war period. It was decided to patch up the situation which has arisen in the factory in Munich as a result of the Baroque Angel by Isetta cars assembled according to the licence, i.e. small cars designed in Italy which were completely not in the spirit of BMW. However, they were at least purchased and this helped the company to drag out of the financial hole, become stronger and finally become the famous company it is today.

Notwithstanding the fact that the model 501 has nearly ruined the designers, the model 501 has not become the object of criticism. In history, it has become as one of the most wonderful models manufactured by BMW which combines elegancy and sportsmanship. Today all this has been preserved in the most recent models of the company.