These Classic Cars Were Driven By Some Of The Worst Dictators, Serial Killers, And General Bad Bastards in History 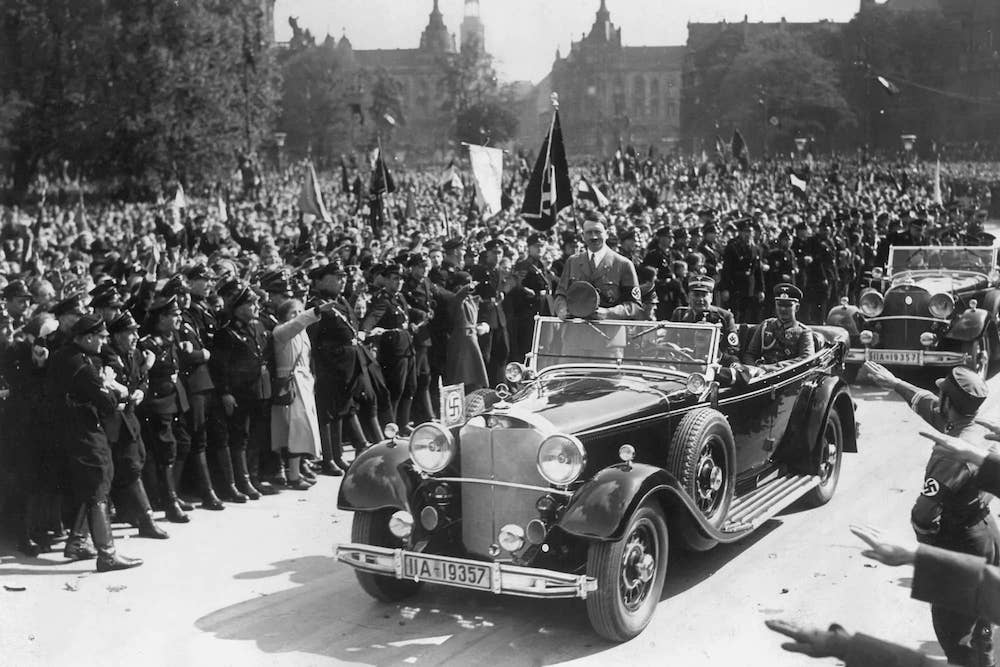 Along with genocide, cannibalism, silly clothing, and expensive watches, there tends to be a trend that the bigger the bastard, the more ostentatious the car.

That bold-yet-accurate statement considered, the Dyler.com staff has put together a list of some of the cars driven by a number of some of the worst people from history.

Yet before we get into things, which do you think were the most popular car brands amongst this list of unpleasant individuals? Scroll down to find out! 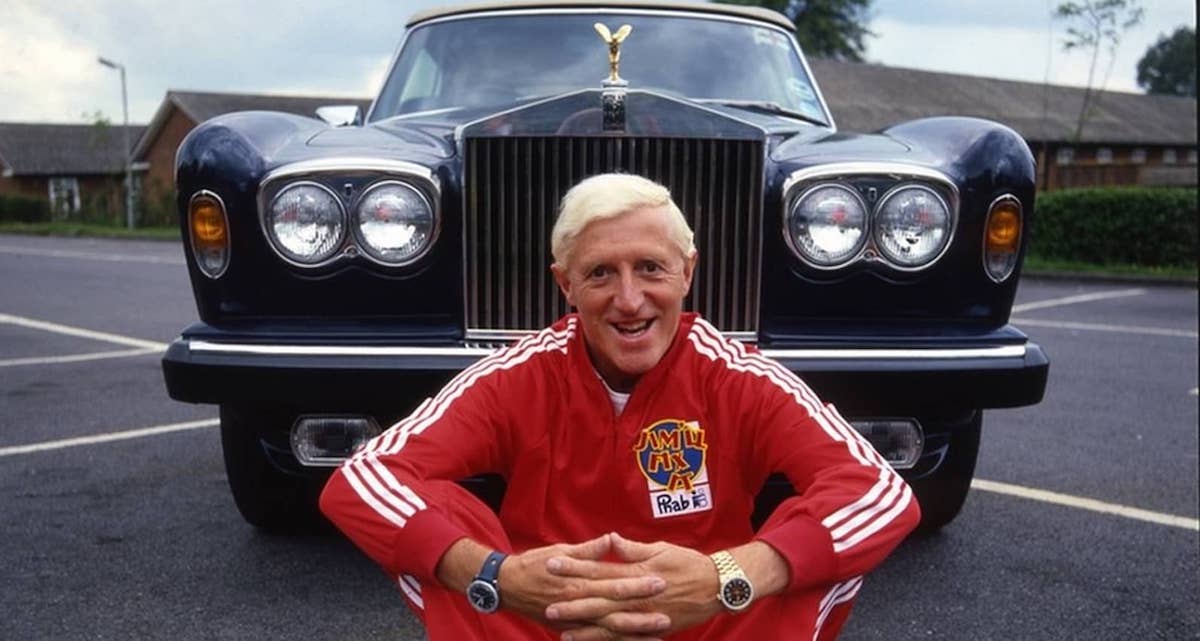 It begs the questions - is the Rolls-Royce Silver Shadow more Savile Row or Jimmy Savile?
© BBC

From the 1960s until the time of his death in 2011, Jimmy Savile was a BBC DJ, TV presenter, and charity fundraiser. He was also Britain’s most prolific sex offender. When the reprehensible Savile finally died it transpired he had abused up to 589 victims; 82% of whom were women, and 80% of whom were children or minors. What does all this have to do with Cars Driven By Total Bastards, though? Well, throughout his career, shell suit-wearing, cigar-smoking stuff of nightmares was associated with Rolls-Royce from the Camargue and the Silver Shadow; the latter of which is the car most associated with Savile and created a slight image problem for the luxury British carmaker on its own shores. Even in his final years, Savile also owned a Corniche and even a last-generation Phantom. The car least synonymous with the man who put the ‘vile’ in ‘Savile’ is the Jaguar E-Type. 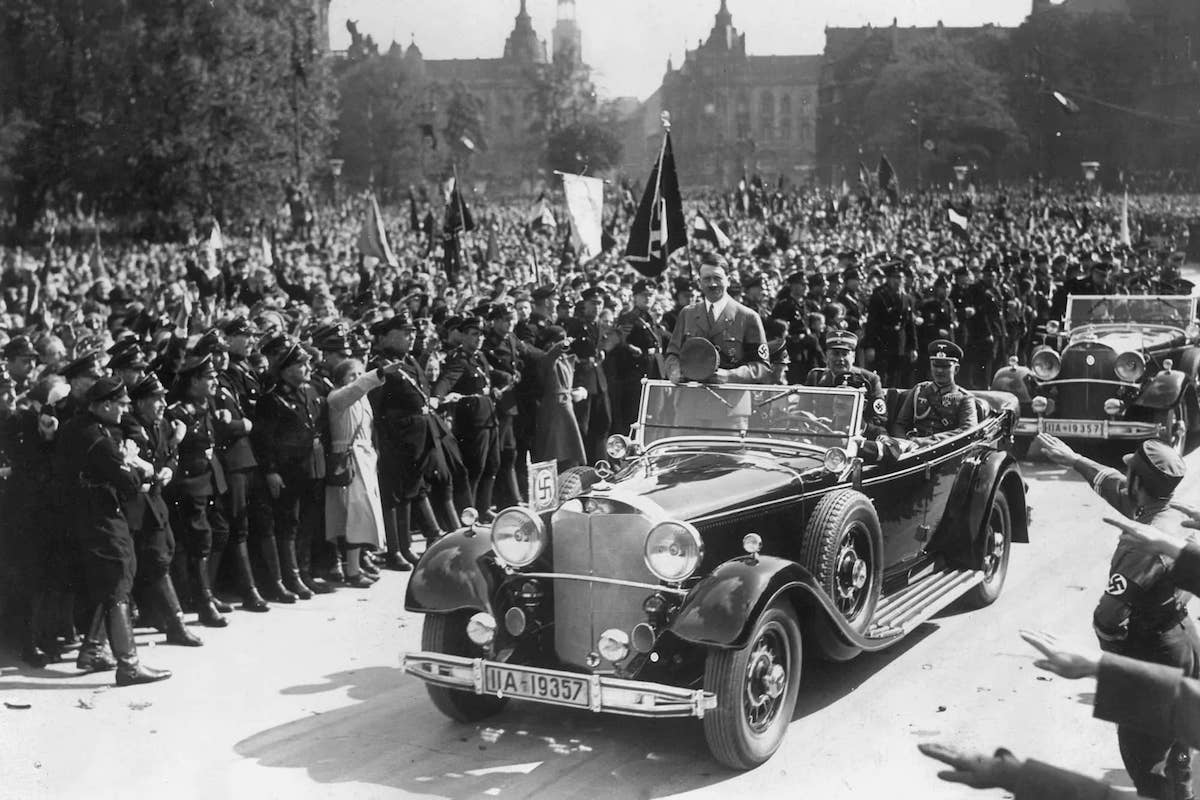 Whilst the Mercedes-Benz 770K Grosser was a technically impressive car, it does come with the unfortunate Hitler association
© NYPost.com

A list of bastard’s cars would not be complete without Adolf Hitler - arguably the biggest, most evil bastard of the lot. With good reason, Mercedes-Benz has done its best to disassociate itself with Hitler and the Nazi regime. Nonetheless, the fact remains that the one-bollocked racist’s favourite car was the Mercedes 770K Grosser - especially the bespoke version with a bulletproof windshield he took on visits to Nazi-occupied France, Greece, and the former Yugoslavia. If you can strip away the unsavory association though, the 770K Grosser was a pretty astonishing piece of kit for its time. It was powered by a supercharged (or ‘Kompressor’ auf Deutsch) 7.7-litre in-line eight, and according to reports, no other car before or since has been fitted with an engine of this type. The Big Benz also sent its 230bhp through the rear wheels via a five-speed manual transmission and was good for a top speed of 118mph. Still, Hitler though. 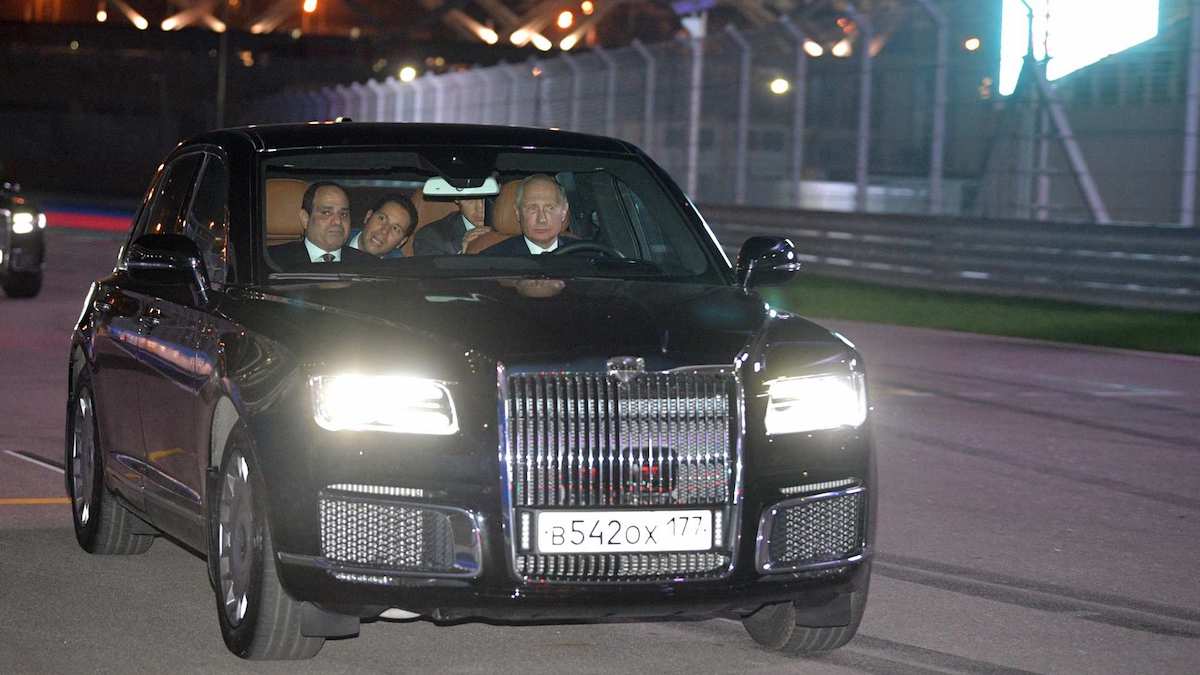 The Aurus Senat is Russia’s answer to the likes of the Mercedes S-Class and BMW 7 Series - it is also Vladimir Putin’s choice for the Russian presidential vehicle
© Motor1.com

Of course everyone’s favorite KGB agent-turned-despot is here, and after retiring his aging Mercedes S600 W220 in 2018, what did Vladimir Putin choose as the presidential state car of the Russian Federation? The answer is this, the Aurus Senat. An absolute bastard of a machine, the Senat is the all-Russian answer to the likes of the Mercedes-Benz S-Class, BMW 7-Series, and Lexus LS. Built by NAMI - the Central Scientific Research Institute For Automobile and Automotive Engines - in the Russian town of Yelabuga, the car is powered by a 4.4L twin-turbo hybrid V8 developed by Porsche and - surprise, surprise! - it comes loaded with a tonne of security systems that a smaller country could use whilst resisting a Special Military Operation. Alongside being surrounded by a team of heavily-armed FSB agents at all times, the Senat packs plenty of offensive weapons, bulletproof glass, a bomb-resitant floor, solid run-flat tyres, and a self-contained oxygen supply. It’s hard to expect anything but, isn’t it? 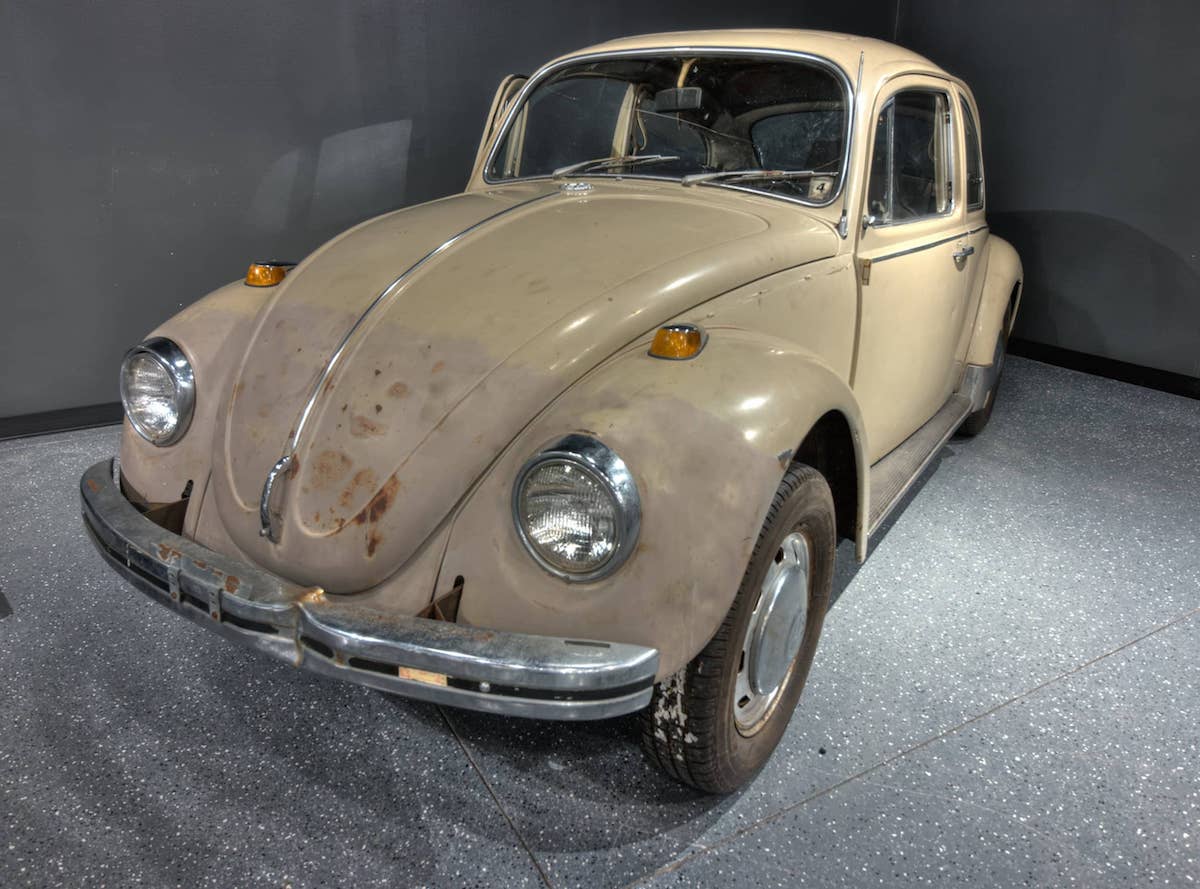 Without a doubt, the Volkswagen Beetle is one of the most polarizing classic cars ever produced. Enthusiasts of the Bug will say that in contrast to let’s say an ox, this affordable little car with its cute design and simple, air-cooled engine provided millions around the world with accessible transportation. Meanwhile, its detractors will say it was agricultural, slow, and the brainchild of Hitler which well… it sort of was. Unfortunately for the Beetle, it was also driven by Ted Bundy, one of the most prolific serial killers in history. From 1974 to 1978, Bundy killed around an estimated 100 victims across the United States with a murder spree that ran from California to Florida. Bizarrely, he’d have also most likely gotten away with his crimes were it not for a stolen Beetle. When pulled over by the police in August 1975, the American Boys in Blue searched Bundy’s stolen car and found a toolbox of horrors behind the front seat containing large green plastic bags, an icepick, a flashlight, gloves, torn sheets, handcuffs, a knitted ski mask, and another mask fashioned from womens’ tights. Grim. 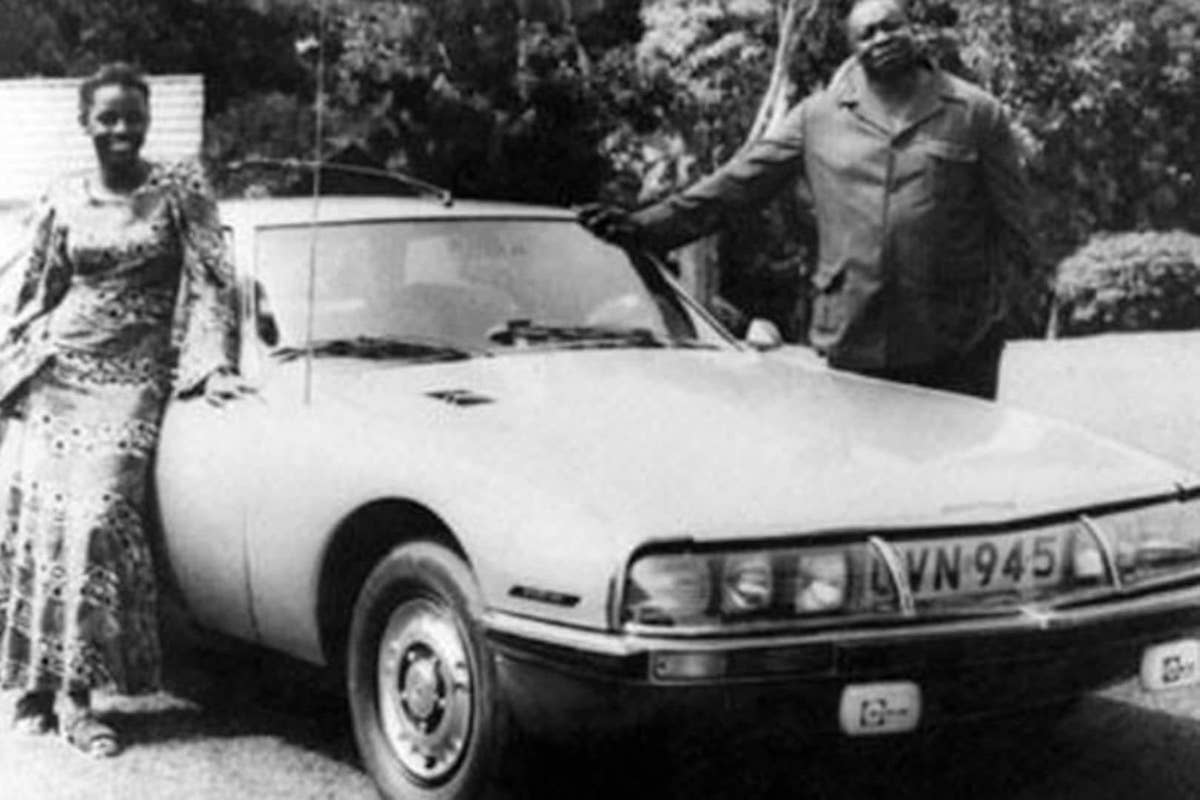 The Citroën SM is not exactly the sort of car you’d expect to be owned by a dictator, is it?
© monitor.co.uk

Idi Amin went from a Western-loving, pro-democratic ruler to being a despot backed by the likes of the Soviet Union, East Germany, and Libya who oversaw the slaughter of some 500,000 Ugandans during his eight-year reign as President of Uganda from 1971 to 1979. Yet for a monster who would partake of human flesh and keep the heads of his decapitated enemies in his freezer, Amin’s taste in cars was surprising to say the least, because he owned, not one, not two, but SEVEN Citroën SMs. It’s not difficult to see why, though. Driven by a lusty Maserati V6 engine, the intelligent Citroën SM was a Gallic powerhouse packed with automotive innovation. Behind its distinctive ‘70s space-age design, Citroën’s luxury GT was technical marvels such as self-leveling headlights that swiveled according to the direction of steering, and a sophisticated hydropneumatic suspension. The Citroën SM was - and still - is a truly avant-garde machine that remains highly desirable amongst classic collectors today. 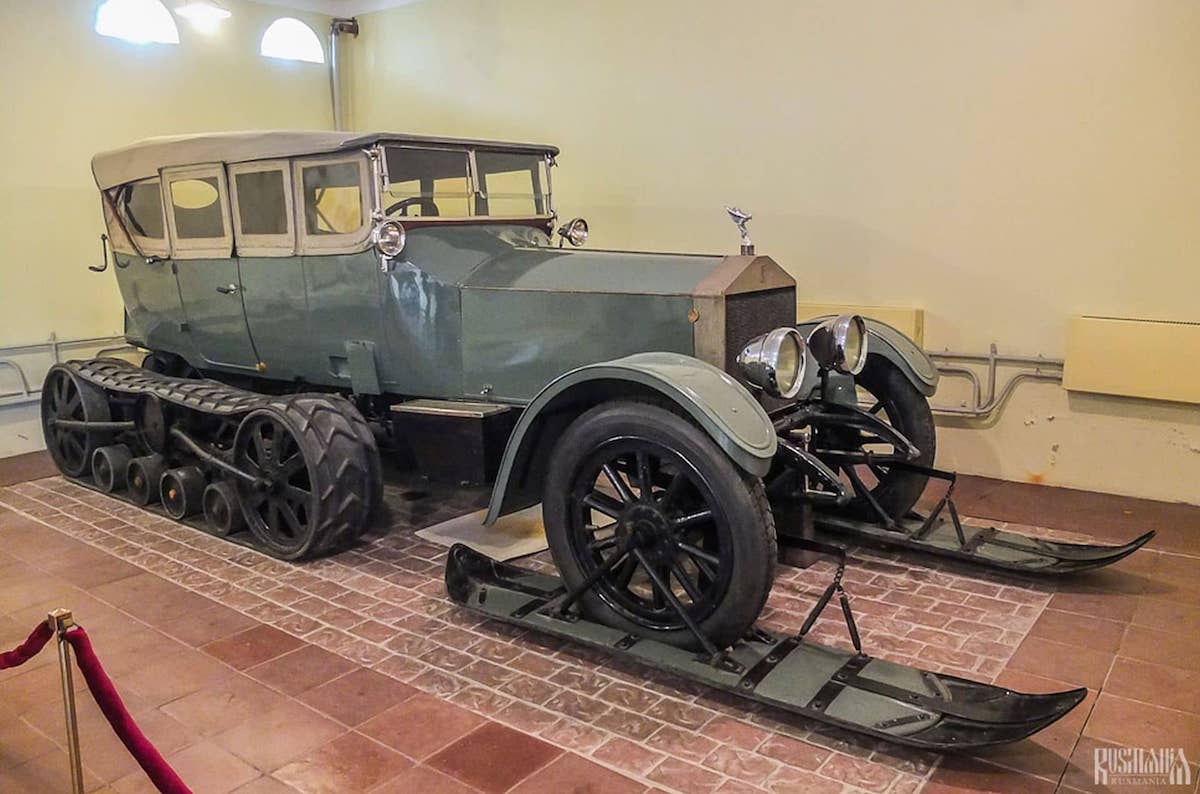 Taking the politician’s mantra of “rules for thee, but not for me” and applying it in its most extreme form, the figurehead of the Russian Revolution, Vladimir Ilyich Lenin, rolled around the newly-founded Soviet Union in this modified Rolls-Royce Silver Ghost. This luxury Grand Tourer was purchased for £1,850 (with a 15% discount!) in 1922 on the back of a deal that the USSR brokered with Rolls-Royce for a supply of aircraft engines in their fight against the anti-communist ‘White Army’ who stood staunchly against the revolutionary ideals of the Soviets. Upon receiving a car costing more money than the average Soviet citizen would ever see in their lives, Lenin quickly went about adapting the car for the harsh Russian winter with the help of Adolphe Kégresse; the French inventor of the half-track, and the dual-clutch transmission who also served as the driver of the recently-deposed Tsar Nicholas Romanov II - in a case of the truth being stranger than fiction, Kégresse also went on to drive for Lenin. 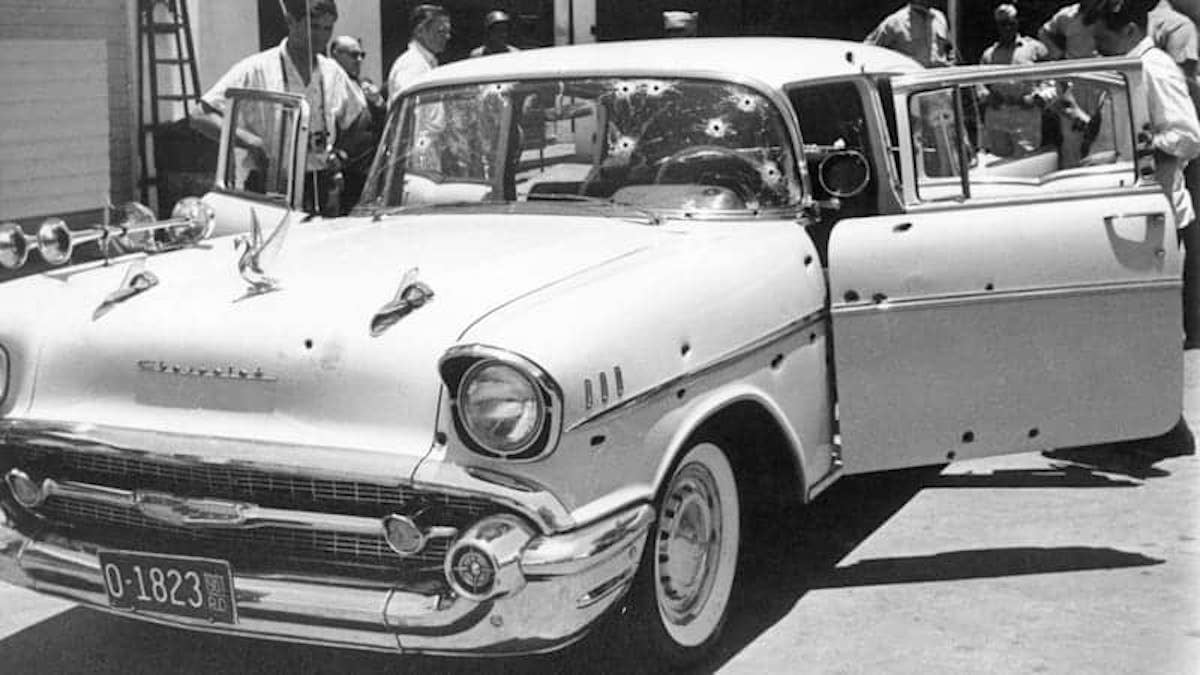 After 30 years of military dictatorship, Rafael Trujillo would meet his end in a shootout with CIA-backed members of his own military police
© Autoblog.com

From 1930 to 1961, motorsport-loving, Ferrari-driving Rafael Trujillo ruled the Dominican Republic with an iron fist, and was responsible for the slaughter of up to 30,000 of his own people. Throughout his reign of terror, Trujillo weaponised the automobile, and his heavies would patrol the streets in a red Packard dubbed “el carro de la muerte” or the car of death. After 30 years of Trujillo, a CIA-backed military police coup revolted against the erstwhile dictator, and they proceeded to shoot him up in the Chevrolet BelAir you see above. Following his assassination, Trujillo’s son attempted to keep the family business of dictatorship live, but was rapidly deposed - once again - by the CIA within five months in a win for democracy and a loss for a pack of utter bastards. 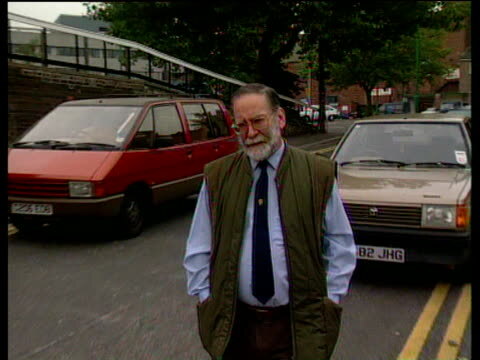 Harold Shipman - along with Fred West and Peter Sutcliffe - is a British serial killer who drove a Renault
© GettyImages.co.uk

The final terrible person on this list is Harold Shipman. A seemingly kind-faced medical practitioner, Shipman is statistically the most prolific serial killer of all time who murdered an estimated 250 victims from 1975 to 1998. Some 80% of those who received a lethal injection of diamorphine from him were elderly women, whilst the youngest killed by “the angel of death” was just four years of age. Unfortunately, Shipman never saw justice because he hanged himself in his prison cell in 2004. He was also one of a handful of British murderers along who drove a Renault; in this case, the red Mk1 Espace above. Fred West is also alleged to have owned the same car, and the Yorkshire Ripper - Peter Sutcliffe - had a Renault 16.

Do you feel like channeling your inner terrible bastard? Well, look no further, because if you click here you can browse through the thousands of classic cars we have listed!