In 1968, the Beatles took a creative risk and released their most controversial piece – the White Album. At first, quite a few eyebrows were raised, hardly anyone anticipated such experimental work. Eventually, it gained appreciation and right now it is the almost universally regarded as one of the finest band’s works. The same year, Reliant took a comparable creative risk by blending a coupe with an estate to create the first mass-produced shooting brake, dubbed GTE. Mind you, it was not marketed as a shooting brake at the time, GTE simply meant Grand Touring Estate. Much like the White Album, this unconventional formula proved to be successful and has outlived the company which created it.

In late 60s, station wagons were marketed to those who just needed a practical car. Think of traveling salesmen or families looking for a spacious runabout. None of the premium marques had an estate in their lineup. It makes one wonder what the wealthy drove when they went on alpine ski trips. So how did Reliant Scimitar GTE appear? Well, engineers already knew that the cut-off rear of a shooting brake is more aerodynamic than that of a coupe. What is more, a higher roofline afforded for additional headroom. That was exactly what was needed when Ogle Design was commissioned by Reliant to inject some practicality into their sporty Scimitar GT coupe. 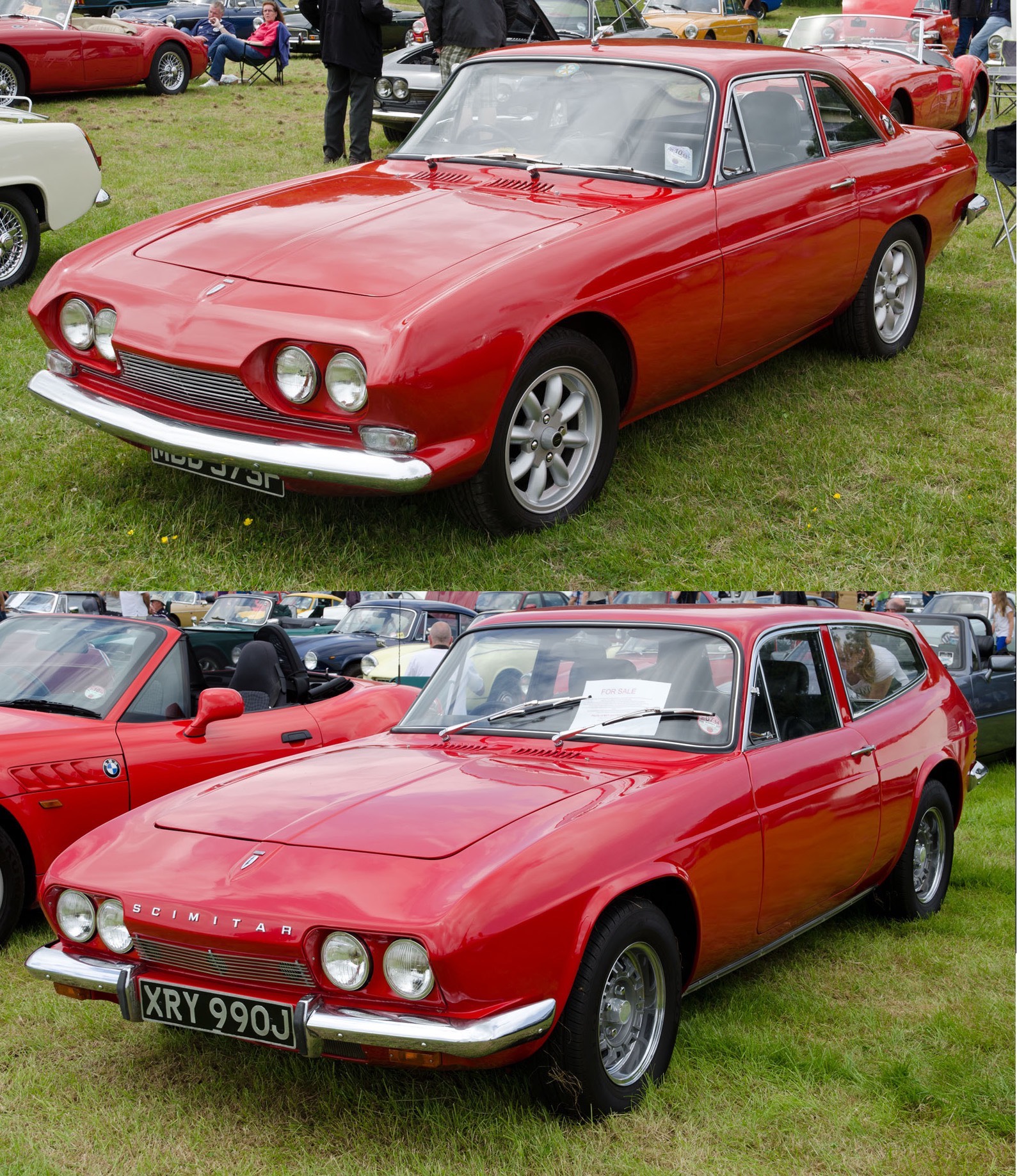 Comparison between Scimitar GT coupe and the GTE which replaced it. Note the raised hip line.
©Steve Glover, Flickr

Tom Karen was the mastermind behind the original shooting brake. He sketched a raising waistline in order to fool the eye into not noticing the boxy rear. A design feature that is still echoing in contemporary car designs. The shooting brake concept itself has spawned a fleet of copycats, including Volvo 1800 or later BMW Z3 and Ferrari FF. In retrospect, Karen regards Scimitar GTE as one of his finest works. 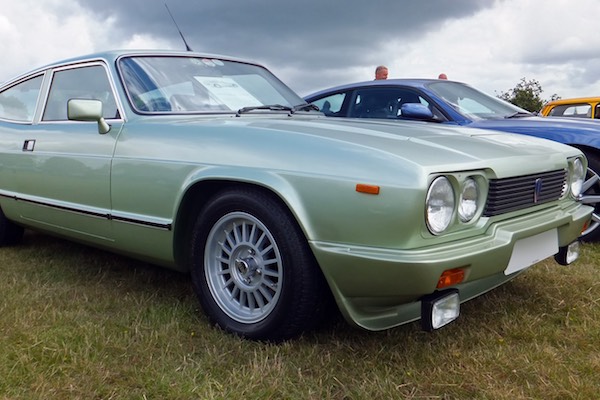 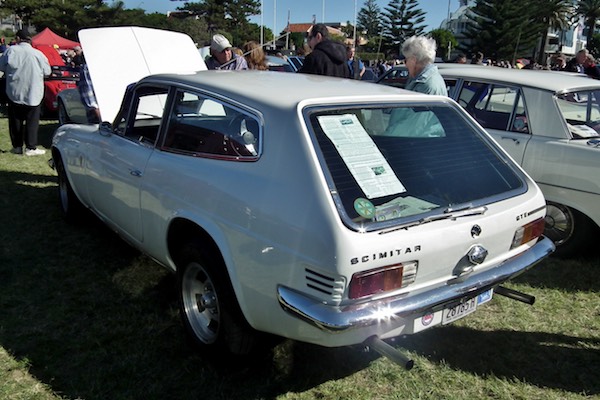 Under the fiberglass body, Scimitar GTE had the same driveline as its predecessor Scimitar GT coupe, Ford derived 3.0 V6 coupled to a 4-speed manual or a 3-speed auto box. By 1970, GTE was the only Scimitar model on offer, coupe model being discontinued. Not only the shooting brake offered more space with a longer wheelbase, it also had a superior suspension design and additional rollover protection. 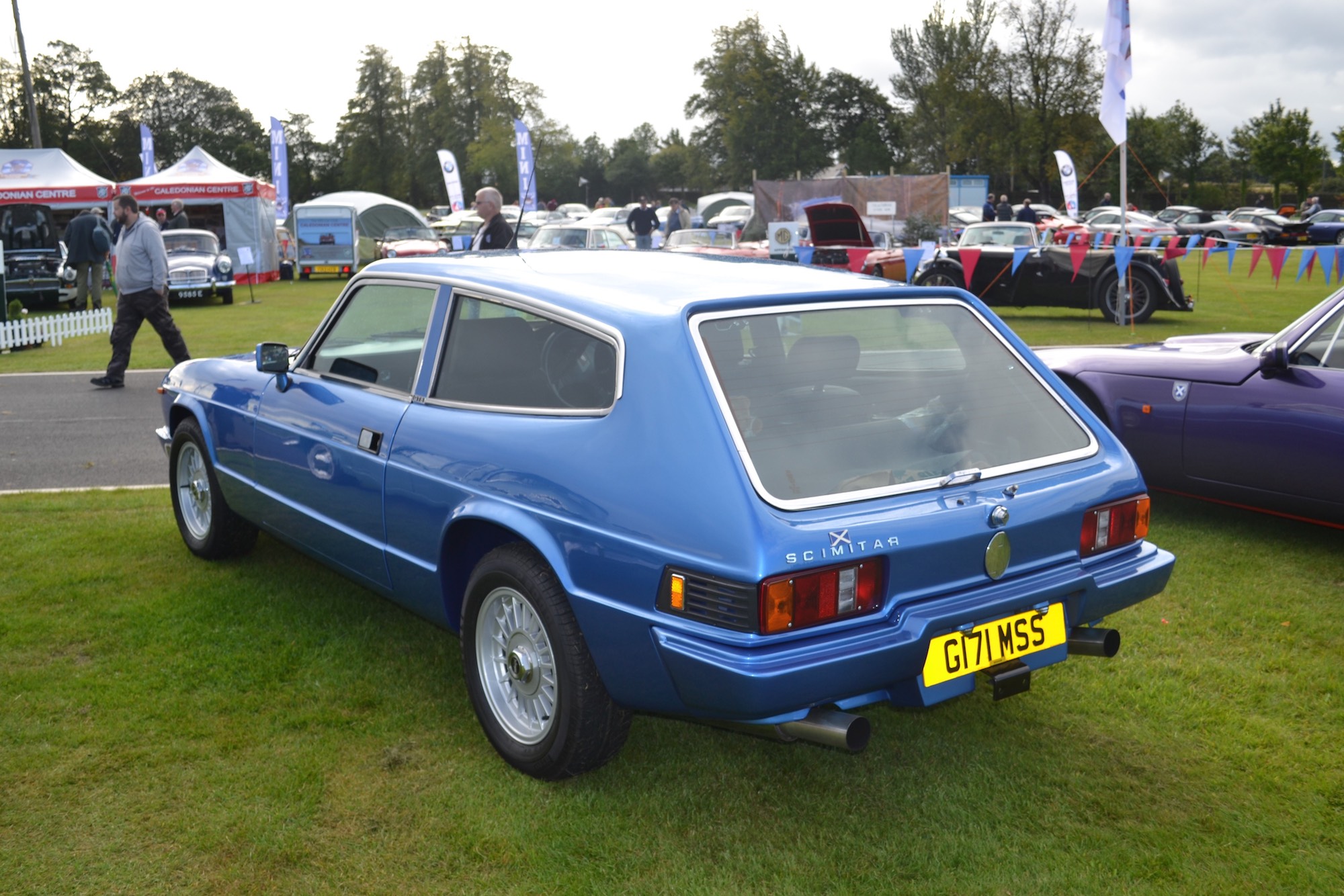 1975 saw a revision of the GTE. That year, it became even bigger and luxurious, making it an extremely capable four-seater grand tourer. The car received beefed up brakes and suspension designed by Lockheed. Unfortunately for Scimitar, Ford discontinued the production of their 3 liter Essex V6 in 1980s, meaning the manufacturer had to scramble for a motor to replace it. Another Ford V6 (2.8 liter this time) was chosen and Scimitars made between 1980 and 1986 utilize this motor. 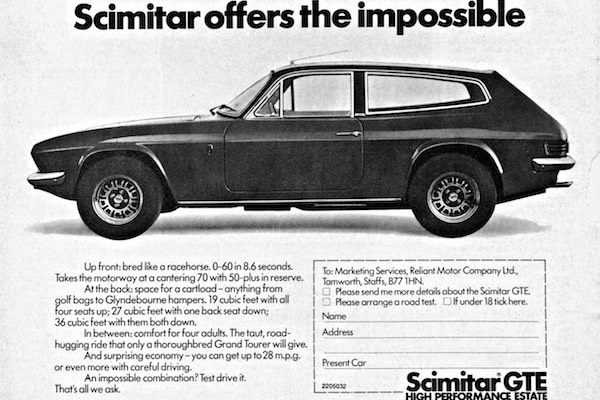 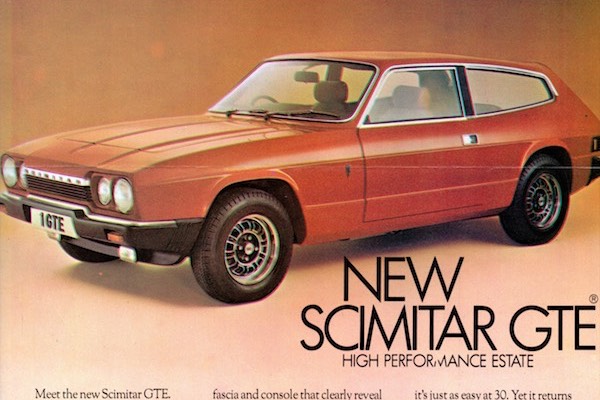 Over the years, Reliant Scimitars have accumulated quite a community of fans, but perhaps the most notable one comes from the royal family. Princess Anne is reported to have owned 8 of these British sports cars. The obsession started when she was given her first Scimitar as a 20th birthday present from her parents in 1970. Her Royal Highness’ Scimitars weren’t dusting away in a garage either, she was famously caught speeding on multiple occasions in one of them. 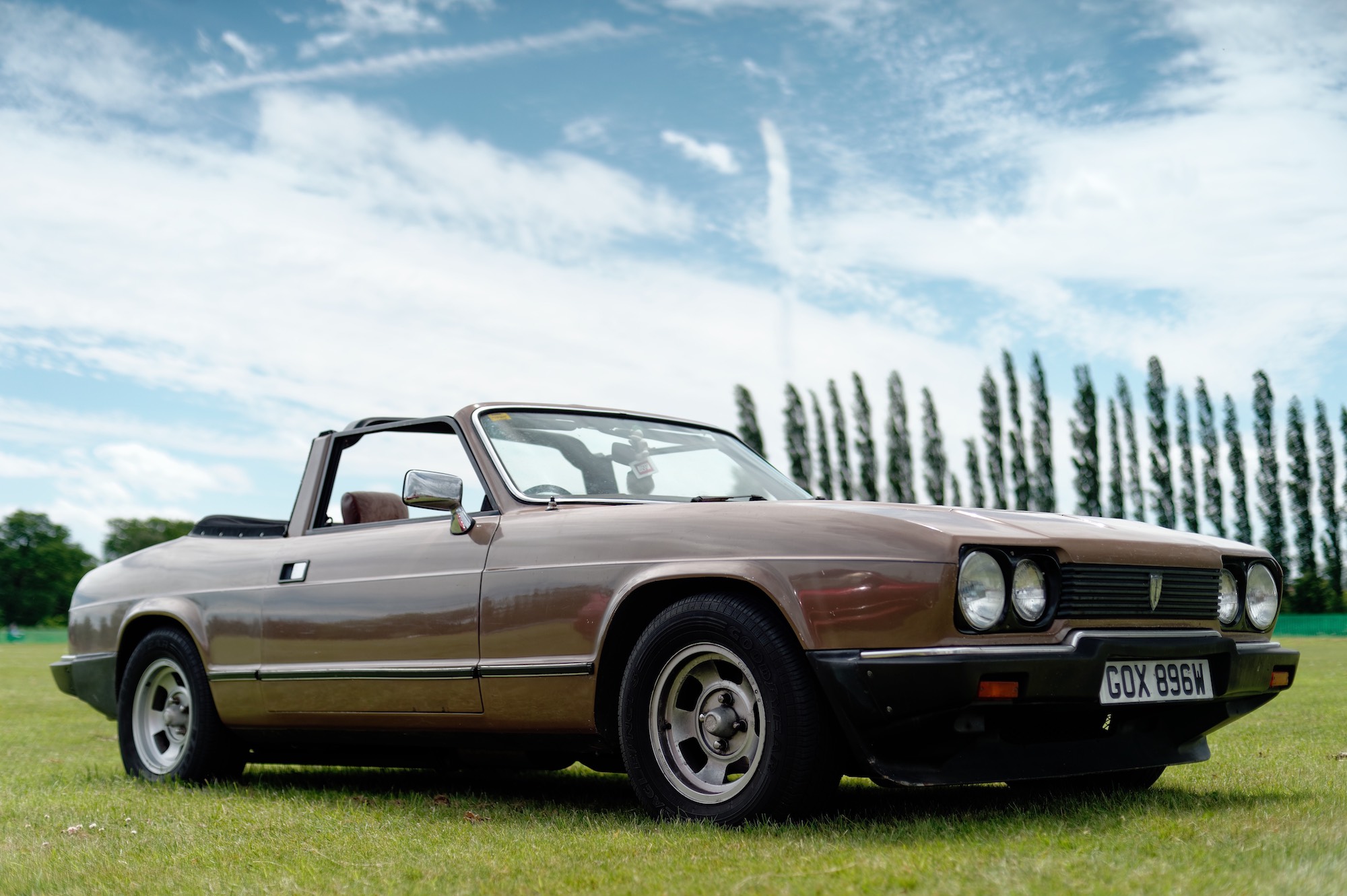 Scimitar GTC was a four seat convertible based on the GTE
©pyntofmyld, Flickr

Reliant stopped the production of the Scimitar in 1986, but that was not the end of the magnificent car. Middlebridge bought the rights to produce the Scimitar and went on to build another 78. These cars were slightly refreshed, given suspension upgrades and used a much more modern Ford 2.9 V6, pushing out 150 BHP. Somewhat unsurprisingly, one of the first Middlebridge cars was bought by Princess Anne as well. The production of these legacy models ended in 1990, meaning the end of a Scimitar era.