Stout Scarab: The “beetle” That Rich People Didn’t Get

What car can be called the first minivan? The Renault Espace that came out in 1984? No – there were spacious family vehicles that drove like regular cars before that. The legendary 1950 Volkswagen Type 2 that hippies loved? Even though it was theoretically a small bus, it was designed on the Beetle’s base, so it meets the criteria for a minivan. But it can’t be called the first either. The history of modern minivans started back in 1932, but few remember its beginning.

The man behind this history was William Bushnell Stout. He was better known as an aircraft designer, but he stood out for one design that was ahead of its time in automotive history – the Stout Scarab. 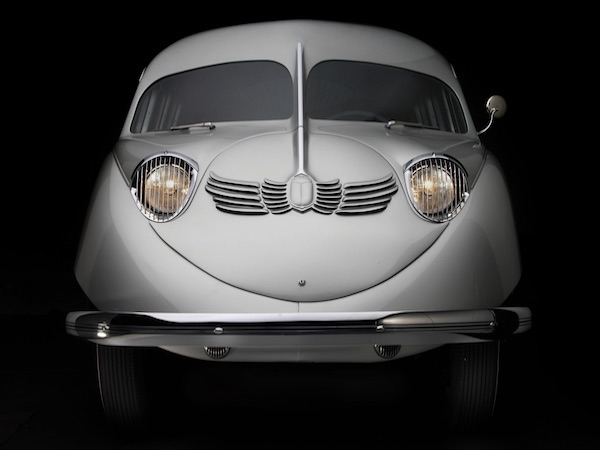 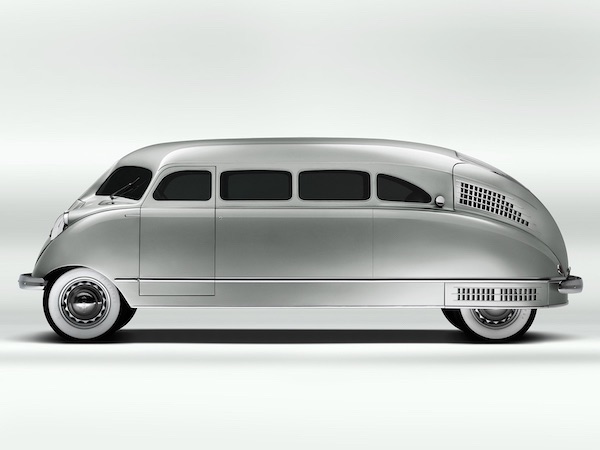 In the 1930s, the car was still a relatively new thing, and each one was cooked up according to a simple basic recipe: first you take a car frame, then you mount leaf springs from underneath on all four corners, and then you add big wheels. Then you take two different sized compartments and put them on the frame. You fit an engine and a gearbox in one compartment – the one in the front – and add a drive shaft leading to the rear wheels. Then you fit the second compartment with a couple of seats and a larger bench for passengers.

Stout was one of the first to understand that these angular cars with long noses were a waste of space, and decided to design a comfortable vehicle in his own way. Given, he wasn’t thinking about large families at the time, and he had no intention of creating a cheap minivan. His original idea was to create a luxurious office on wheels, where respectable white men in pinstriped suits and top hats could stretch out on a sofa and discuss serious issues while smoking cigars and drinking whiskey. While driving. On a bumpy road. 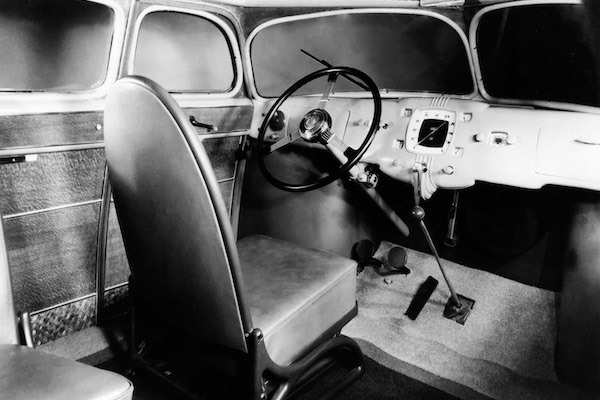 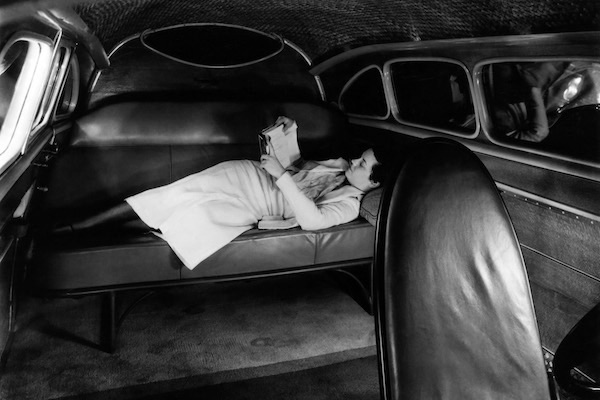 A drivable prototype of the unusually shaped vehicle hit the roads in 1932. The aluminium unit-construction body was so rounded that is looked like a scarab beetle. Which is precisely where it got its name from. However, it wasn’t the unusual style for the times that made the car unique – it was the technical solutions.

We just discussed the traditional car layout that was used at that time. This was completely different. It was one of the first cars ever to have a spaceframe construction. The Ford flathead V8 was mounted on the rear axle with a three-speed manual transmission ahead of it, and just about all of the mechanisms that were needed for the car to drive were crammed in the rear, stacked on top of each other. As a result, there was plenty of free space between the car’s two axles that was used for the comfort of the passengers. Since there was no gearbox in the front, there was also no drive train, so there was nothing to keep them from equipping the vehicle with completely flat floor. 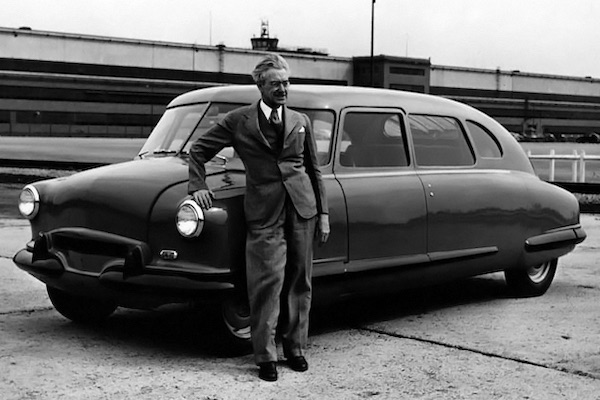 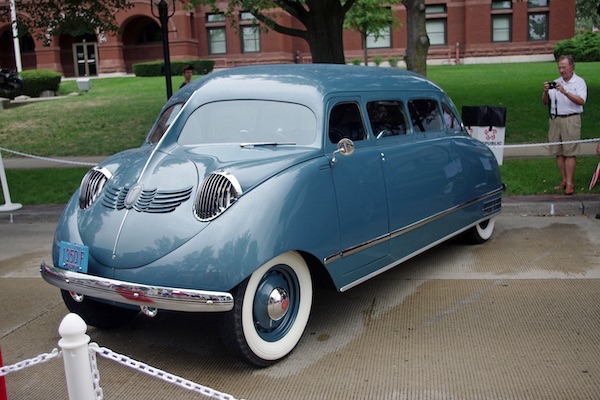 The Stout Scarab’s interior space, which passengers could access through a single door in the middle of the car, really was less of a car cabin and more of an office. Or an aircraft fuselage. The driver’s workplace was moved forward, right next to the front axle. And the rear bench was way in back. So far back that the director of the factory could sit on it with his legs stretched all the way out. And there was room for a table too.

The front seats could swivel all the way around. They could even be reconfigured or reclined, making it the first car in the world with a multifunctional interior that allowed you to change the composition of the seats and even the layout. Only at the time, this technology was implemented very ascetically: the front seats simply were not attached to the floor. However, the carpeting in the front was rough enough to keep the seats from sliding around the cabin while driving. And just think about automotive technology in the first half of the 20th century. After all, the cars didn’t have the kind of dynamic features that would make a gentleman sitting in the back vomit on curves after having a bit too much cognac. 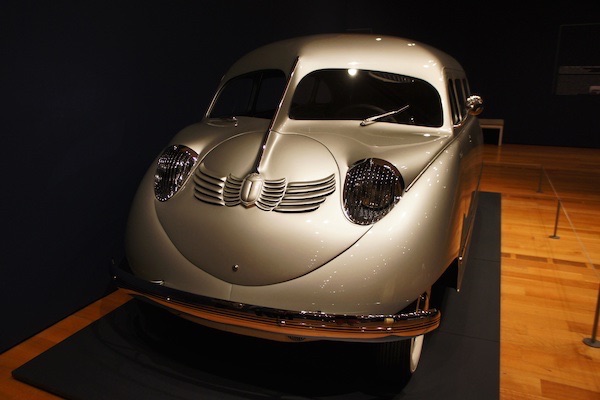 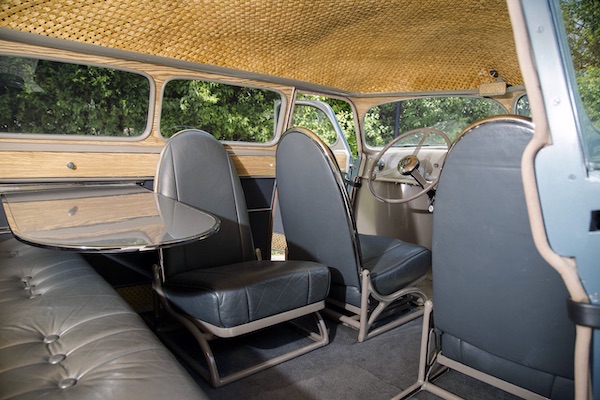 The Scarab was also comfortable for another reason: it was one of the first cars to have independent suspension in both front and back, and the wheels were dampened with coil springs instead of leaf springs. Stout’s creation was on par with the top-class limousines of that time. Nevertheless, the independent suspension meant that it didn’t have the best handling. Since all of the mechanisms were crammed in back and put pressure on the rear axle, the front was light and prone to understeering. On the other hand, the steering wheel in the big, comfortable car was very easy to turn. And apparently, for this kind of car, that was much more important than handling.

Stout constructed the first prototype in 1932. The second, modernised prototype only left his workshop three years later. The constructor wanted to keep his creation exclusive; he wanted to make it with love in small workshops only for choice customers. He drove his own Scarab every day, putting more than 250,000 miles on the odometer as he travelled around the US. He promised to make as many as 100 of these cars per year, but various sources say that only eight or nine Stout Scarabs actually saw the light of day. 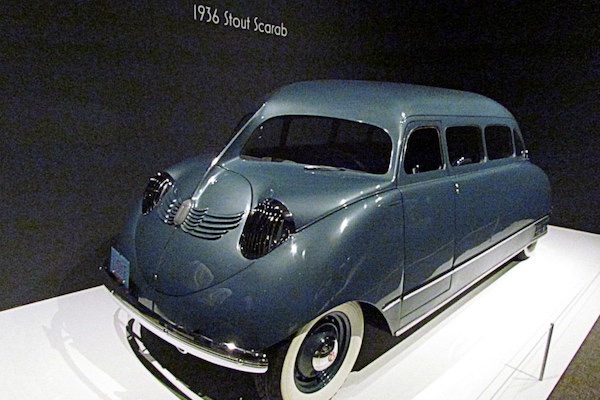 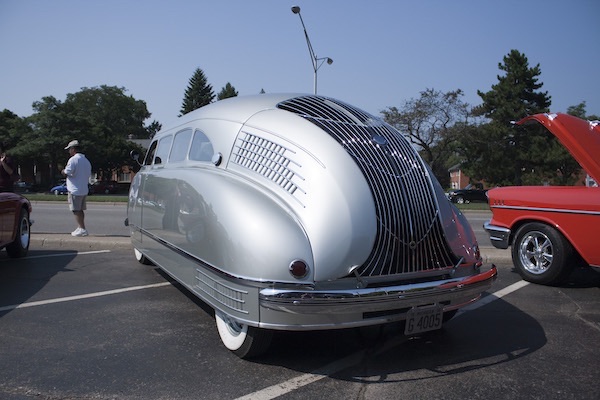 The rear end of a 1936 Stout Scarab
©larrysphatpage, Flickr

They weren’t popular, mainly because of how they looked. These days, this beetle-shaped design is considered to be an Art Deco masterpiece. But back then, it was at best strange and not particularly handsome. Luxury cars sported bonnets that were the size and shape of a cathedral, and wheel arches that were dynamically tilted forward and elegantly extended all the way to the rear. Luxury cars had to look magnificent since after all, the most important thing for people who like luxury is that others can see it. Meanwhile, the Scarab looked like a hunched-over beetle. Plus, it was a unibody, like a monolith. Back then, people thought that was ridiculous.

Well, and the other reason why nobody bought it was that William was asking 5,000 dollars for it. The Chrysler Imperial, which was the epitome of luxury, cost almost a quarter of that. 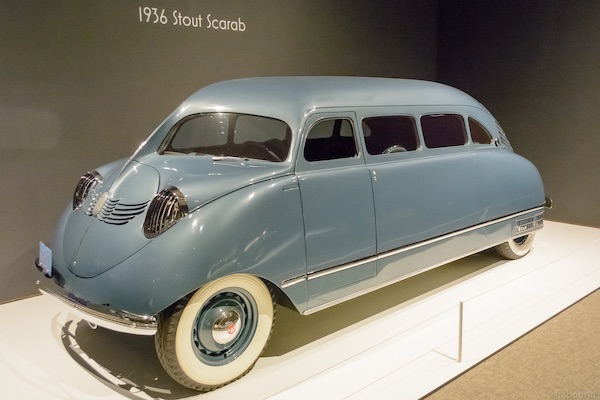 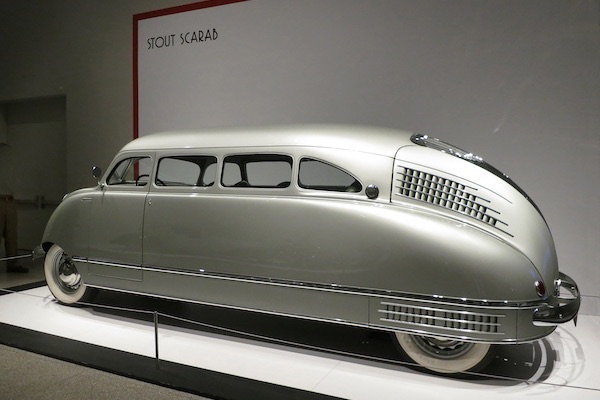 William Stout was one of the first constructors who had a different understanding of luxury and began to think about the efficient use of space in a car. Without even intending to, he was the first to design the kind of car that we now call the minivan. It’s just that in the 1930s, no one needed cars like that. And now, the Stout Scarab is a car that is valued and sought-after by collectors. But it’s a tough hunt, since it is estimated that no more than five of these masterpieces have survived worldwide.