Boris Johnson vs. Joe Biden: Does the UK Prime Minister or the U.S. President Have the Better Official State Car?

You may have heard that Joe Biden was recently elected the 46th President of the United States.

In the aftermath of World War II, then-British Prime Minister Winston Churchill described the UK and the US as being tied by a “special relationship” in relation to politics, national defence, global affairs, and shared history.

The newly-elected President Biden has to oversee a divided USA, and the UK is seemingly likely to crash out of the European Union without a deal. Both countries, then, are headed for uncharted waters.

But before we get too bogged down into predicting the end of civilisation as we know it, let’s be happy that another aspect of the “special relationship” boils down to the fact that both President Biden and PM Boris are car guys.

And this got us at Dyler.com thinking - if both Boris and Biden are car lovers, let’s compare the leaders of the UK and the USA to see who comes out on top in the “special relationship” in car terms, beginning with what they use as Daily Drivers.

Prior to becoming Mayor of London in 2008, the now-British PM wrote a monthly car column in British GQ; a job in which he allegedly racked-up over £4,500 worth of parking tickets and £500 in speeding fines.

Finding the cars that Boris owns is pretty difficult to track down. However, it’s almost certain that he still owns his battered, mid-90s Toyota Previa (complete with empty coffee cups, shopping bags, and general muck and filth in the back).

In his infamous “would you like some tea” moment during his tenure as Foreign Secretary, we catch a glimpse of a first-generation Ford Focus. Perhaps most bizarrely, there’s also a Citroën AX in the background of the clip.

According to DriveTribe, Boris also owns a hydrogen-powered, £66,000, Toyota Mirai. Whilst he was Mayor of London, the car was allegedly gifted to him during a charm offensive around Toyota’s HQ in Japan.

Boris’ car choices? Disappointing but not surprising in the slightest.

Meanwhile Stateside, things are different. Much, much different. 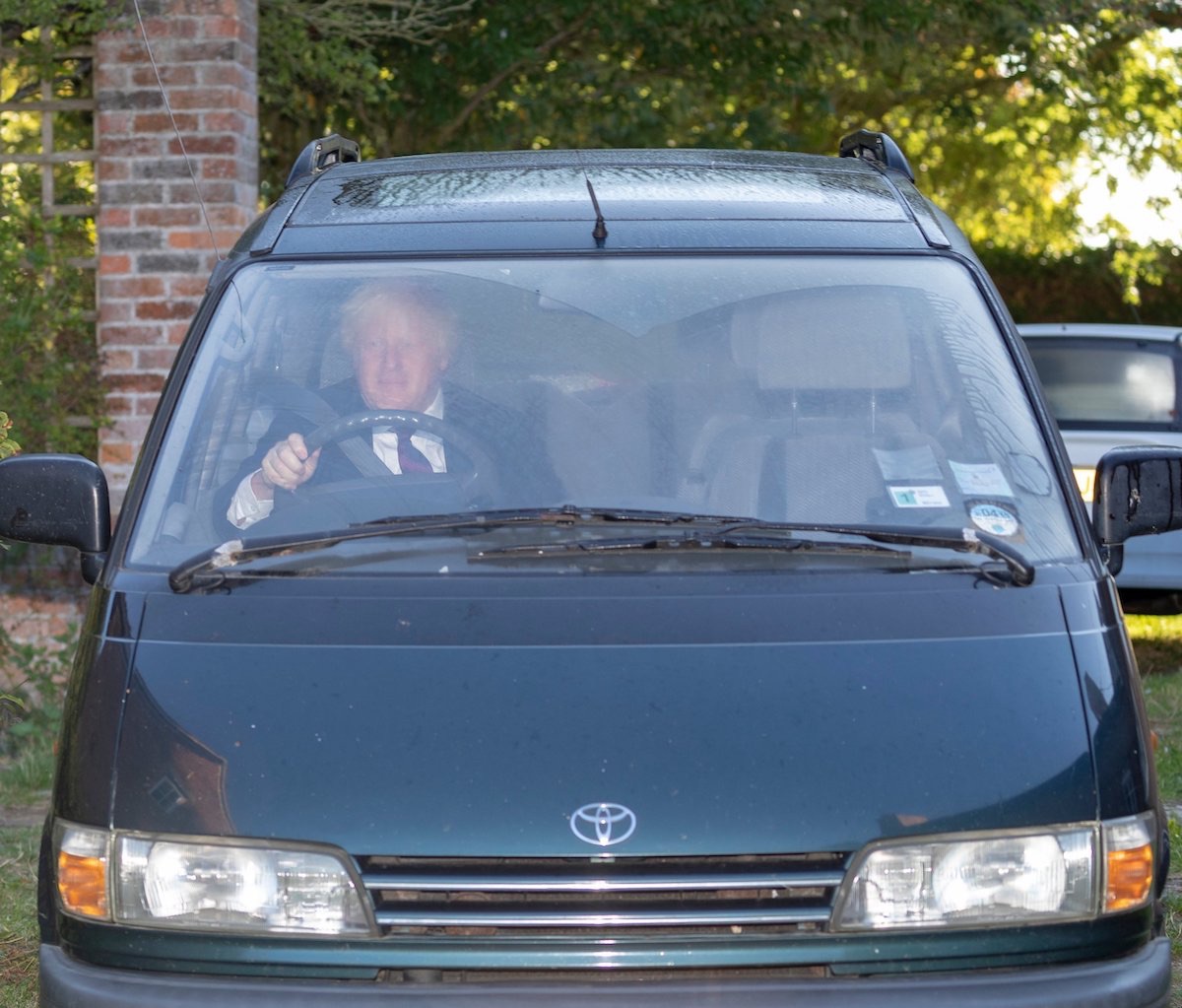 Boris Johnson behind the wheel of his Toyota Previa
© Pistonheads

A career politician, newly-elected President Biden’s personality may seem a safe and stable option compared to his colourful UK counterpart. Make no mistake about it, though - Biden’s garage is way more desirable than Boris’ car collection.

The FBI won’t let the POTUS drive to work for security reasons, but it’s not a secret that Biden still owns the Chevrolet Corvette Stingray gifted to him as a wedding present by his father in 1967.

In fact, you can watch Biden race his old ‘Vette against former US Secretary of State, Colin Powell, in a 2015 version of the iconic American sports car on Jay Leno’s Garage by clicking here.

In a time as unprecedented as now, a non-partisan Corvette race between the current POTUS and another of the most distinguished politicians in recent U.S. history is exactly the sort of wholesome content we need, right?

Biden: Loathe him or love him, there’s also something inherently funny about Boris Johnson tooling around in a battered, mid-engined, rear-wheel-drive MPV from the 1990s that also doubles as his personal bin. The egg-shaped Previa isn’t exactly cool or desirable though, is it? 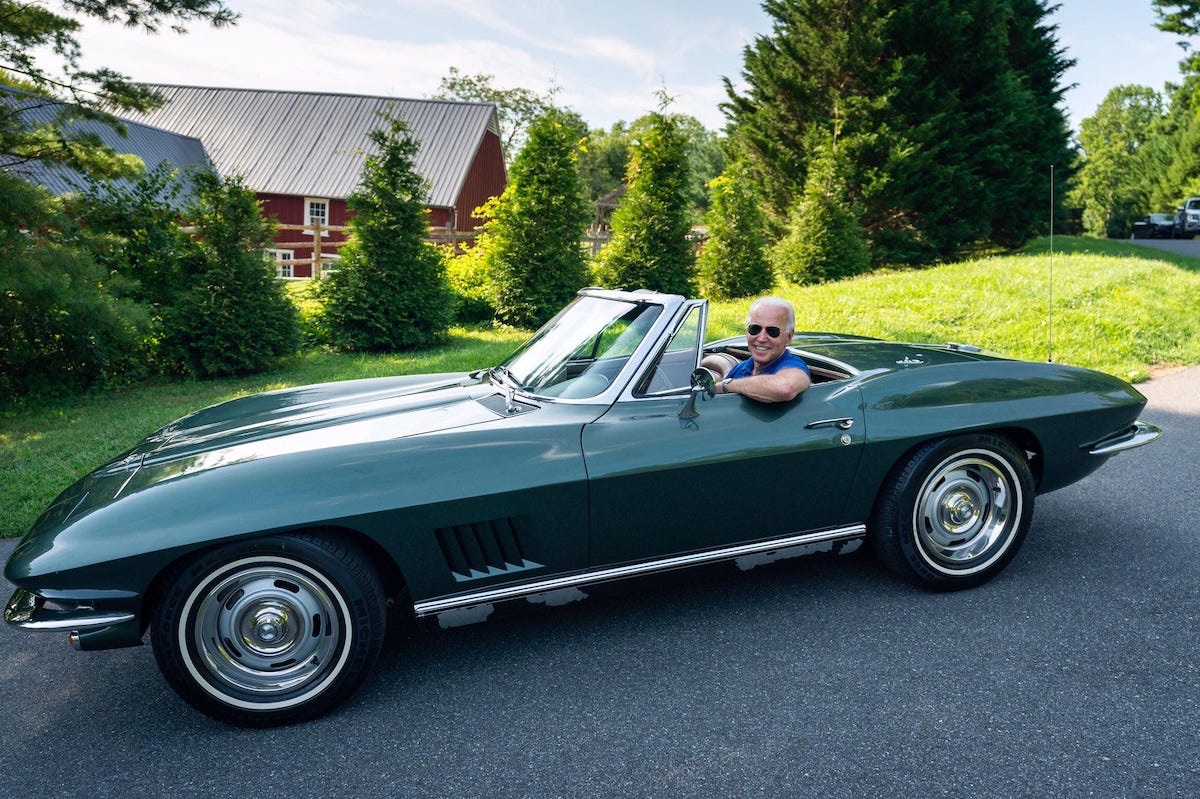 Joe Biden behind the wheel of the Chevrolet Corvette Stingray he has owned since 1967
© Freep.com

The Corvette Stingray was, is, and always will be a majorly cool car though. The fact that the Corvette has been the choice of NASA astronauts since 1952 has also been a major factor in the car’s desirability because let’s face it, there is no cooler job than an astronaut.

Being president must be pretty cool too, which is why the USA takes the Daily Driver round hands down.

Boris vs. Biden: The Jaguar XJ Sentinel or The Beast

There’s an unfair perception that both Brits and Americans fit a certain stereotype, which is why the British security services have given Boris the relatively subtle-but-well-equipped Jaguar XJ Sentinel.

Meanwhile, their US counterparts have provided Biden with “The Beast”, a custom-made Cadillac limousine with eight-inch-thick armour plating, grenade launchers, and the chassis from the GMC medium-duty, TopKick truck. Low-key, this car is not.

To decide who wins the second and final round of Boris vs. Biden, let’s take a look at the specs of both cars. 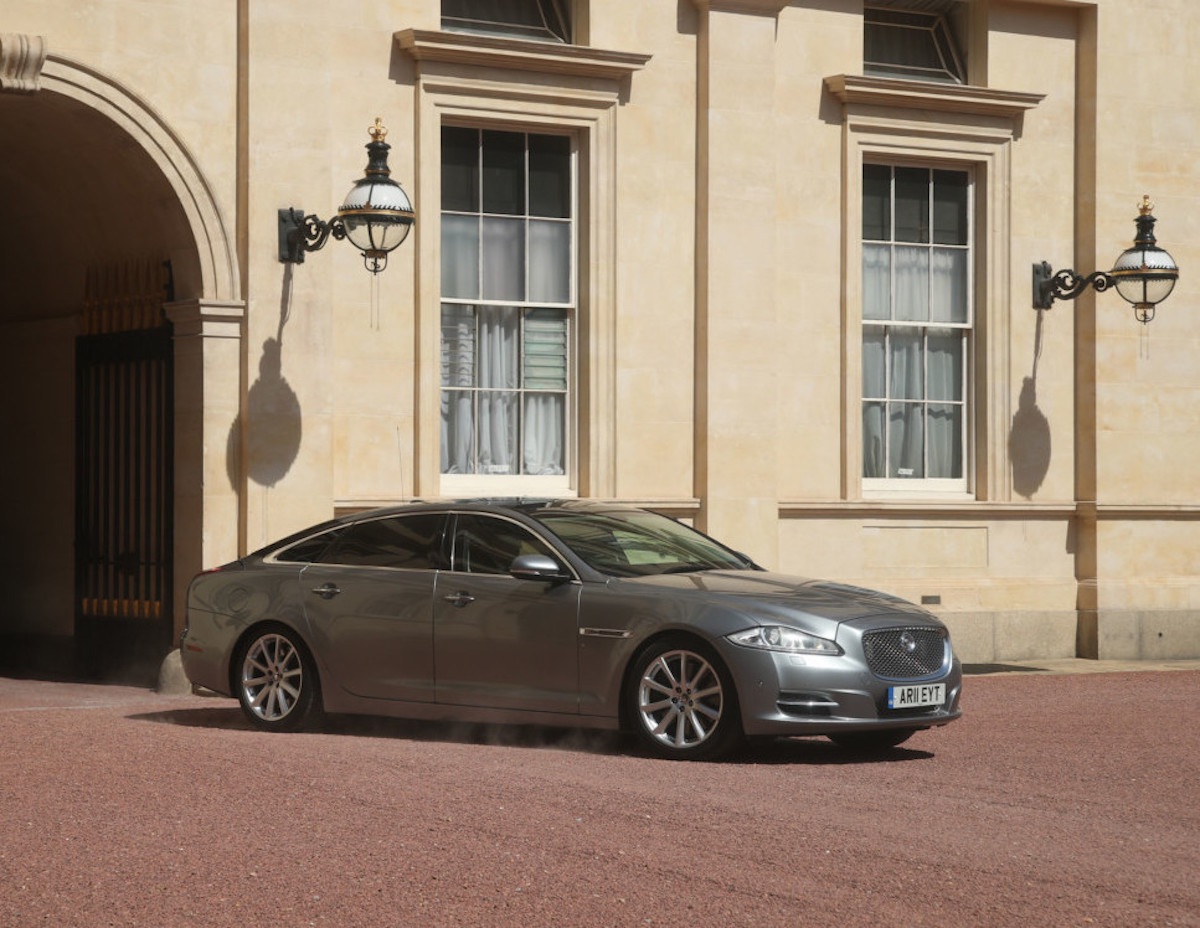 Aesthetically, the Jaguar XJ Sentinel differs very little from the standard version of Jaguar’s flagship luxury saloon. It retains the original car’s great looks and its sonorous, supercharged 5.0-litre V8 engine. Scratch beyond the placid, understated exterior though, and the Borismobile begins to look very different. 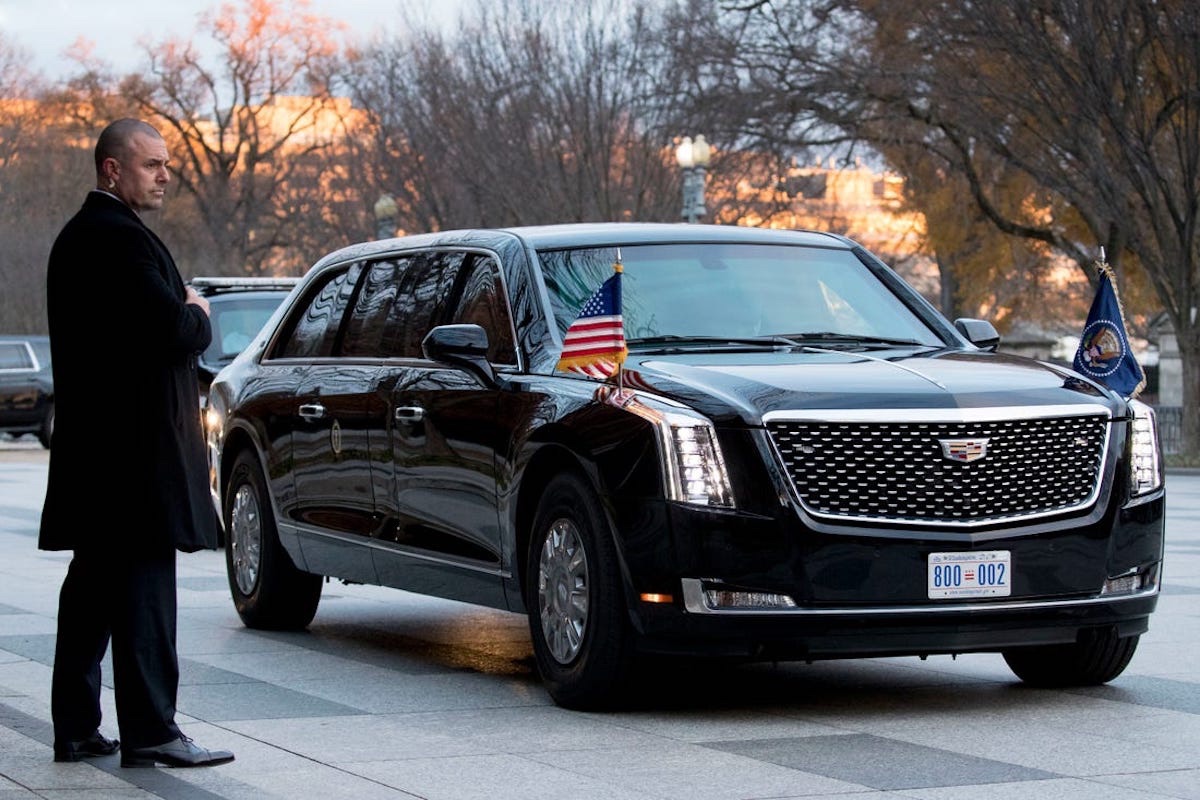 Unlike the British PM’s car, The Beast or ‘Cadillac One’ is a specially-developed, ground up model for the United States of America. It may look familiar, but apart from taking its grille from the popular Escalade SUV, it is not based on any existing model in the Cadillac range. As we already said, it’s built upon the chassis of the medium-sized GMC TopKick lorry.

The Beast is made from a composite of steel, titanium, aluminium and ceramic composites. It weighs in at just over 9,000 kilograms.

It’s also a significant feat of engineering. Despite being much girthier than Boris’ XJ thanks to a length of 18-metres and a seven-occupant capacity, it can perform a 180-degree turn in the hands of its specially-trained drivers.

The stats surrounding this astonishing road-going military machine are below.

It’s a tough one, this. The Beast is astonishing in engineering terms. It looks like a supervillain’s car, and it boasts Blofeld-levels of gadgetry and safety. It’s also a Cadillac, which immediately means it’s a badass piece of kit.

The UK PM’s Jag though? It’s sophisticated without being shouty like The Beast. The information surrounding the car’s features is limited at best. There’s no mention of blood banks or automatic weapons in the boot.

Does it have these features? We don’t know. Probably. Maybe.

For that reason - and this was a tough one to call - so we’re going to leave it to you: who do you think has the better Head of State car?

Let us know in the comments below!

We very much hope you enjoyed reading this feature which was intended completely as a piece of fun. It does not reflect the views of Dyler.com.

To take a look at the Jaguar and Cadillac models listed for sale on Dyler.com, please click these four yellow words.