When the first-generation Chevrolet Corvette have made its debut at the General Motors Motorama in New York City on January 17, 1953, no one expected the model to receive so much attention. But the tiny, stream-lined two-seat sports car with a convertible roof sparked immense enthusiasm. The first Corvette that has been produced for sale came out on July 30 of the same year, launching the history of the most well-known American sports car that lasted for more than six decades.

The first Corvettes were hand-built, with 300 assembled in Flint, Michigan. These sports convertibles were painted in Polo White and had what was then considered a revolutionary fibreglass body and a six-cylinder engine. Sales were sluggish and production volumes barely exceeded one-third of the estimated number of cars, so there were plans to abandon the Corvette model completely. However, when Ford have introduced the two-seat Thunderbird convertible in 1955, GM decided not to give up to fear of looking like losers in front of their rivals.

In the same year, the company hired a Belgian-born Russian émigré named Zora Arkus-Duntov. After he became a chief engineer for the project, he proposed that the Corvette could be fitted with a more powerful 4.3-litre V8 engine and three-speed manual transmission. Eventually, he turned the mediocre model into a sports car that demonstrated excellent performance and quickly left the Thunderbird in the dust. The combination of a light-weight car with a powerful engine helped to win the hearts of many Americans. However, both the Corvette’s manufacturer and the drivers began to crave for something more, i.e. more speed. 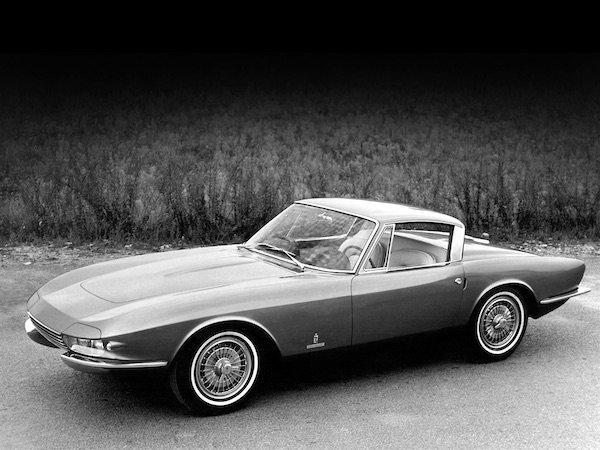 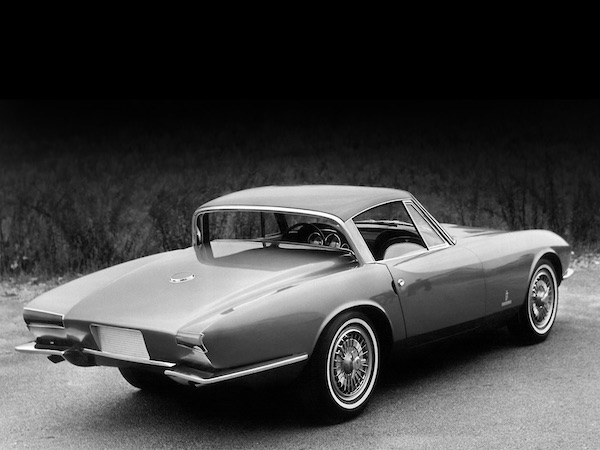 The development of the second-generation model began in 1957 when the concept of the Q-Corvette project was initiated. The team was led by a new chief stylist Bill Mitchell and included Peter Brock and Chuck Pohlmann. The goal was to create a smaller, more nimble and more advanced sports coupé than its predecessor – one that had an independent rear suspension and four-wheel disc brakes. It was the Q-model that became one of the main sources of inspiration for a car suited for the mass production. However, the design for the final product was also influenced by Mitchell’s 1959 Stingray Racer Concept Car. His idea of the sleek lines and pointed nose found its way into the drawings for the second-generation Corvette. The fusion of these two concepts, with the magic touch of designer Larry Shinoda, saw the light of day in 1963.

Like its predecessor, the new Corvette, which was also known as the Sting Ray, had a fibreglass body. However, the dramatic exterior design of the futuristic sportback had nothing in common with the C1. Well, almost nothing – the round, quad headlamps were retained but hidden, and when the car’s headlights were closed, they matched the sharp-edged front end perfectly (similar to the lamps in the 1942 DeSoto), giving the already stream-lined silhouette even better aerodynamics. 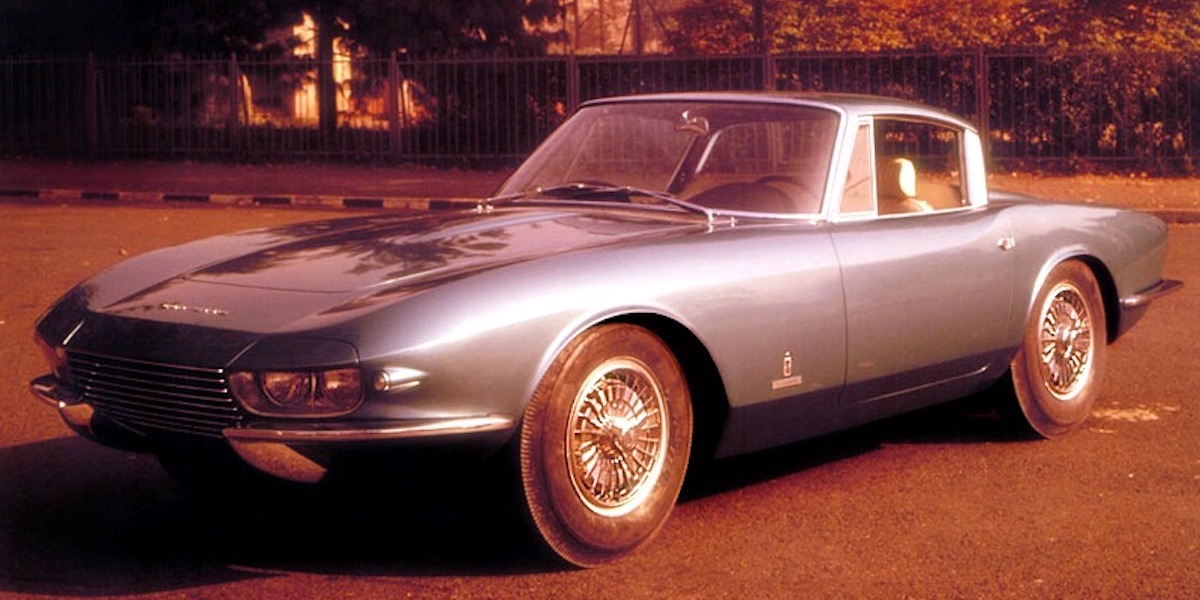 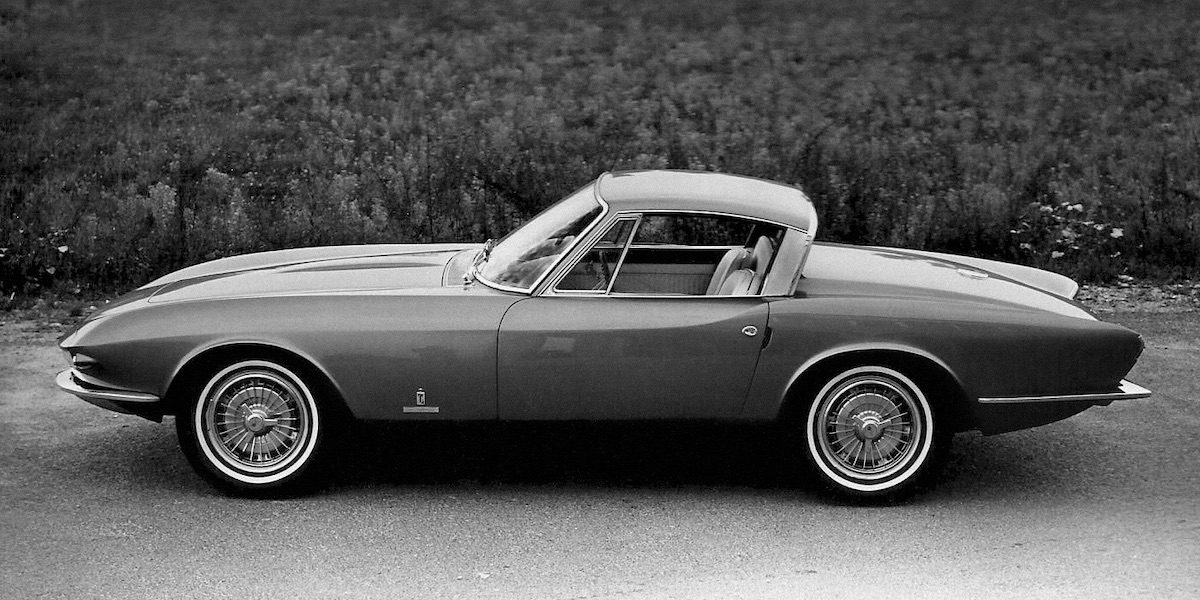 Speaking of aerodynamics – this Corvette model was the first to utilize wind tunnel testing to refine the final shape. However, the 1963 Corvette’s most unique exterior styling element was the divided rear window – a very unusual solution for that time which made its way to the production model from the Q-model. The doors were cut into the roof of the tiny, low-slung car (the C2 was a full 5 cm lower than its predecessor), which made the process of getting in or out of the car easier. Furthermore, the decorative faux vents adorned the bonnet and rear pillars – of course, functional ones had originally been intended but were cancelled due to high costs. The changes hidden under the body were also important, albeit less obvious. The shorter wheelbase and more effective Ball-Race steering improved mobility, the independent rear suspension improved driving comfort, and the rebalanced weight distribution, which made the car heavier in the rear, improved braking. 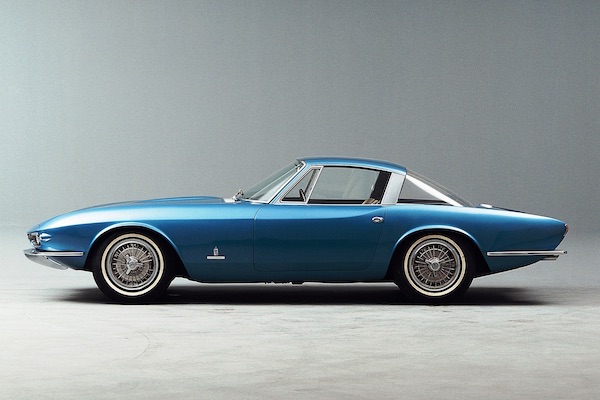 Unlike the original Corvette with a fibreglass body, the Rondine was made of steel
©wheelsage.org 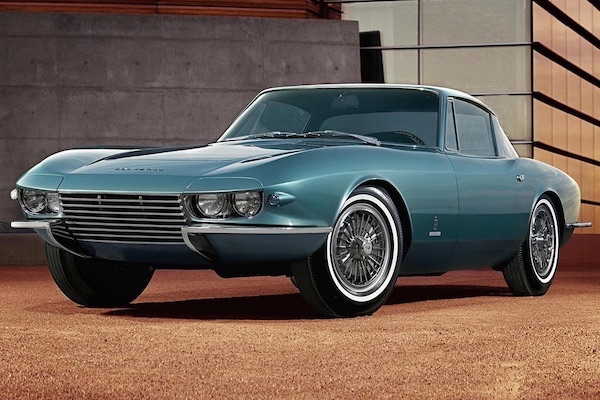 Although Bill Mitchell was happy with the impressive final result of the car, he wanted to see a European interpretation of his work. Hence, he consequently contacted Pininfarina, one of Italy’s most renowned automotive design and body styling companies. Mitchell sent a few Corvette chassis to Italy along with some necessary parts and drawings that Pininfarina could interpret any way they wanted. It was precisely what the GM Styling Section executive had in mind. At that time, Tom Tjaarda, also known for the Ferrari 330 GT 2+2 , the Fiat 124 and the DeTomaso Pantera, was working at Pininfarina. He was an American designer who chose to work on this project and create a car that would demonstrate an Italian spirit while also retain its American roots.

The result was stunning. It is said that Zora Arkus-Duntov, the first chief engineer appointed by GM, was taken with the work of the Italians and said that he is finally seeing a Corvette that he himself could drive in Europe with pride. Assembled using practically unchanged chassis and frame, it had a standard 5.4-litre V8 engine mounted in front that produced 360 horsepower and was paired with a four-speed manual transmission. The Italian Corvette concept car was named “Rondine” at the Pininfarina workshop. It stood out for its subtly altered interior styling and its unique body lines that were completely different from the version produced on the other side of the Atlantic. 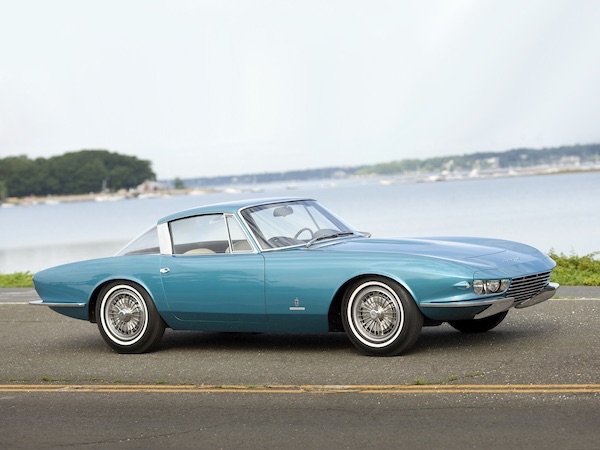 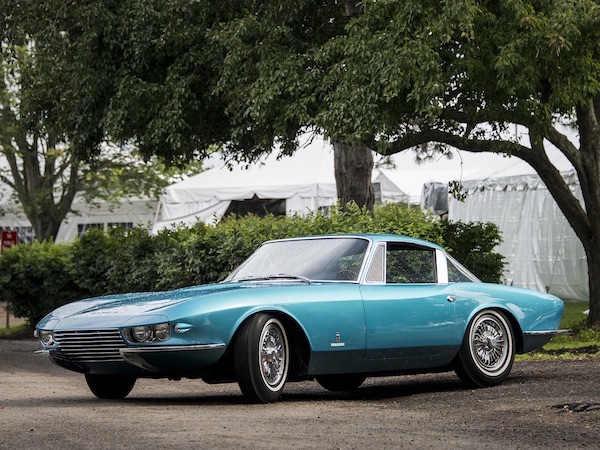 First of all, unlike the original Corvette with a fibreglass body, the Rondine was made out of steel and was the first and last Corvette of that weight in the model’s history. And even if the scale wasn’t the Rondine’s ally, its graceful design embodied extraordinary lightness that was emphasized by the pale teal color. The longer, gently sloping front and back parts, as well as the sharp line that started at the radiator grille, extending to the rear wing, turned the sharp American design into one that was slim and subtle – just elegant minimalism and functional solutions. For example, the slightly less pointed nose allowed the installation of a chrome grille which not only served as a decorative detail, but also admitted air in order to cool the engine. Both practical and stylish.

Likewise, the original and not particularly functional split rear window was done away with, and the sportback silhouette was also abandoned. Even diehard Sting Ray fans had to agree that this design made visibility significantly worse. The changes inside the cabin were minimal but gave it a more sophisticated atmosphere. The seats were upholstered with soft white Italian leather, the floor was covered with black textile carpets, and the doors were upholstered with the same light leather decorated with chrome elements. 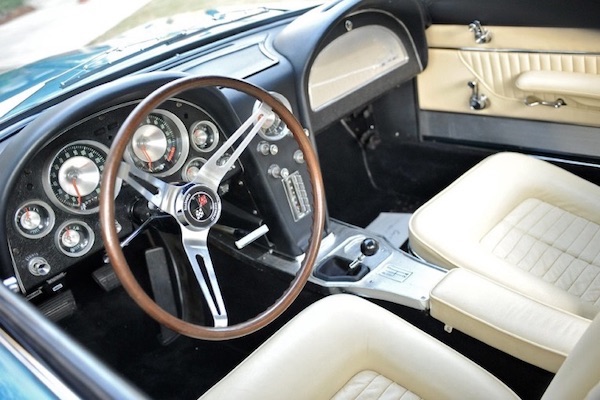 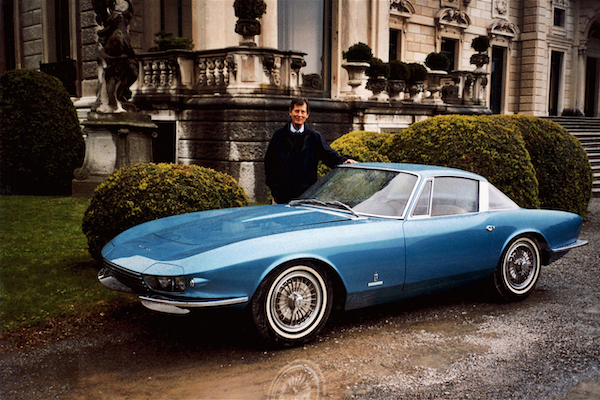 Pininfarina’s toils were not in vain. The company showed the Corvette interpretation that was born at its workshop at the 1963 Paris Motor Show. Europeans gave the Italian’s spirited grand tourer a thumbs up, and the bosses at General Motors were impressed. Unfortunately, for Americans, who were the existing and potential Corvette drivers at the time, the Rondine seemed too gentle; it was too sophisticated and elegant – even feminine, like a graceful ballerina up against the Sting Ray, which breathed of brutal force.

Not received particularly well on the other side of the Atlantic, the joint work of the two Italian and American automotive industry old-timers was taken to the Pininfarina Museum shortly after the motor show. It was on display there for more than 40 years until 2008, when this one-of-a-kind Italian design masterpiece was sold at a Barret-Jackson auction for USD 1.6 million to a collector residing in Connecticut. Even though the unique project that turned an American sports car into a solid European GT-class serpentine road eater was booed by the American public, who knows – maybe if this prototype had been given a chance, there would be another player in the classic grand tourer arena today by the name of Rondine?