There are two types of people in the car world. If you are like Jeremy Clarkson, you would “rather have herpes than own a Porsche 911. If you’re like me and the majority of other people who enjoy cars, then you believe the Porsche 911 to be one of the definitive cars in automotive history.

When it launched in 1963, the 911 redefined the rulebook on what a sports car should be, and in his rather excellent book, Speed Read - Porsche 911, Wayne R. Dempsey perfectly describes Porsche’s idiosyncratic, rear-engined, rear-wheel-drive machine with the following summary.

“The Porsche 911 has always been known as a quirky car,” he writes. “Things are just different on the 911 - not necessarily better or worse, but different. The ignition key is on the left side of the steering wheel [and] the engine is in the back.”

Yet despite its idiosyncrasies and Porsche’s persistence in tampering with physics through the “cart before the horse” approach, the 911 - from the first generation cars to the latest 992s iteration - has always been respected by the majority of car enthusiasts for being the sports car than can be used every day.

Whether you’re a fan of the 911 or not, there is no denying that it’s an icon of functionalist design. It may not have the glamour of a Ferrari, or the head-turning presence of a Lamborghini, but that’s because everything on a 911 is designed to serve a purpose.

Inside, the 911’s cabin was - and still is - designed to make driving as easy as possible. Its uncluttered five-dial layout is to ensure the driver can keep a close eye on the car’s mechanicals. Meanwhile, the left-mounted ignition was - and still can be - was put there to shave milliseconds off of firing the car up just in case you fancy yourself as the next Hurley Haywood or Mark Webber. 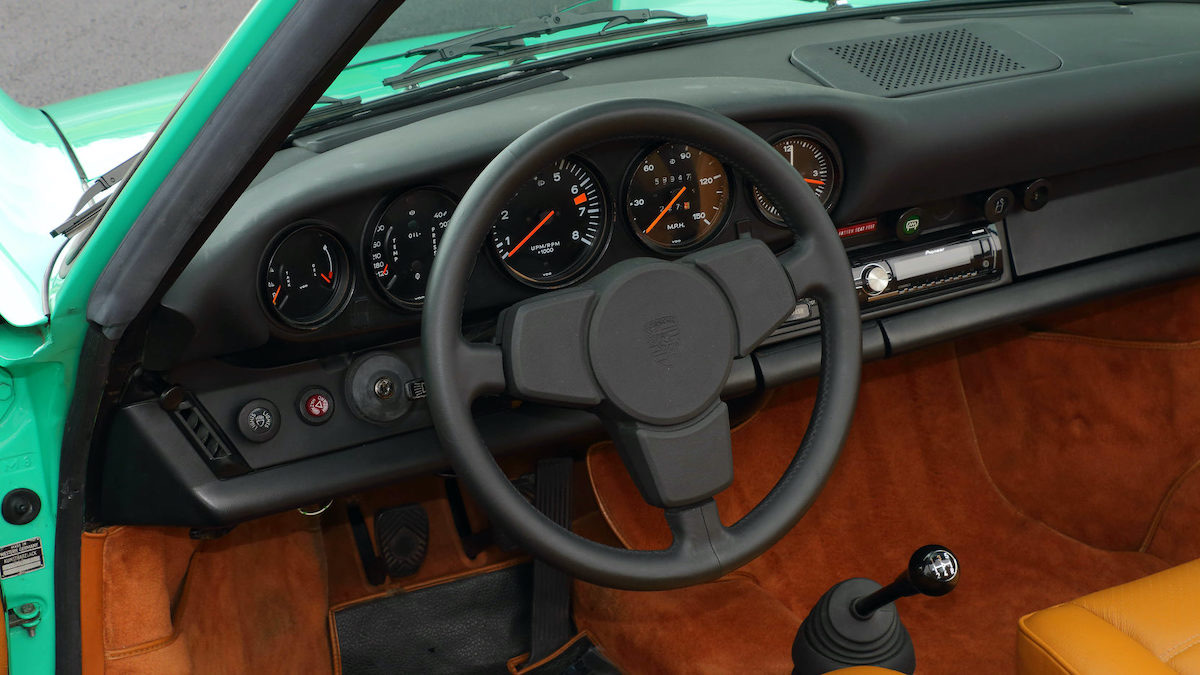 Still don’t believe me? Well, the 991 Carrera won a Red Dot Award for automotive design back in 2012 for “functional design”. An early 911 was also driven by respected German functionalist designer, Dieter Rams, who - when asked by a journalist why the rear-engined, rear-wheel-drive, air-cooled machine was his car of choice - allegedly responded by saying “quite simply because it is the most efficient means yet devised of travelling from A to B in the shortest possible time.”

Establishing the long-standing connection between cars and watches

The functionalist philosophy of “less is more” has also extended into the closely-linked worlds of watches and cars; a world which is clearly defined by Andrew Smith - the founder of the GuardsRed Design or ‘GRD’ watch company - as being a connection defined by a metaphorical addiction.

“If you are a car person, cars are an addiction of sorts,” Andrew tells Dyler. “You not only think about cars for the majority of the day, you meet up with other like-minded people to share your passion for cars.

“Watches come hand in hand with cars as it is a way of showing a part of your personality. Your choice of watch brand tells someone a lot about you and it can also be a conversation starter. Not everyone can afford the car they want but they can usually afford the watch.

“At GRD, we want to amplify the connection between cars and watches. It is the sense of belonging and being associated with a specific manufacturer. There is always the unicorn car that you either have the privilege of owning, want to own or would want to own a piece of. If we can create that sense of belonging, then we are doing our job well.”

In the late 2000s, Andrew left his career as a Subsea Designer in Scotland’s oil and gas industry to turn his love for design and the functionalist Porsche design philosophy into a full-time gig. Come 2011, the GRD brand had launched, but the direction towards watchmaking hadn’t been clearly cut. Yet. 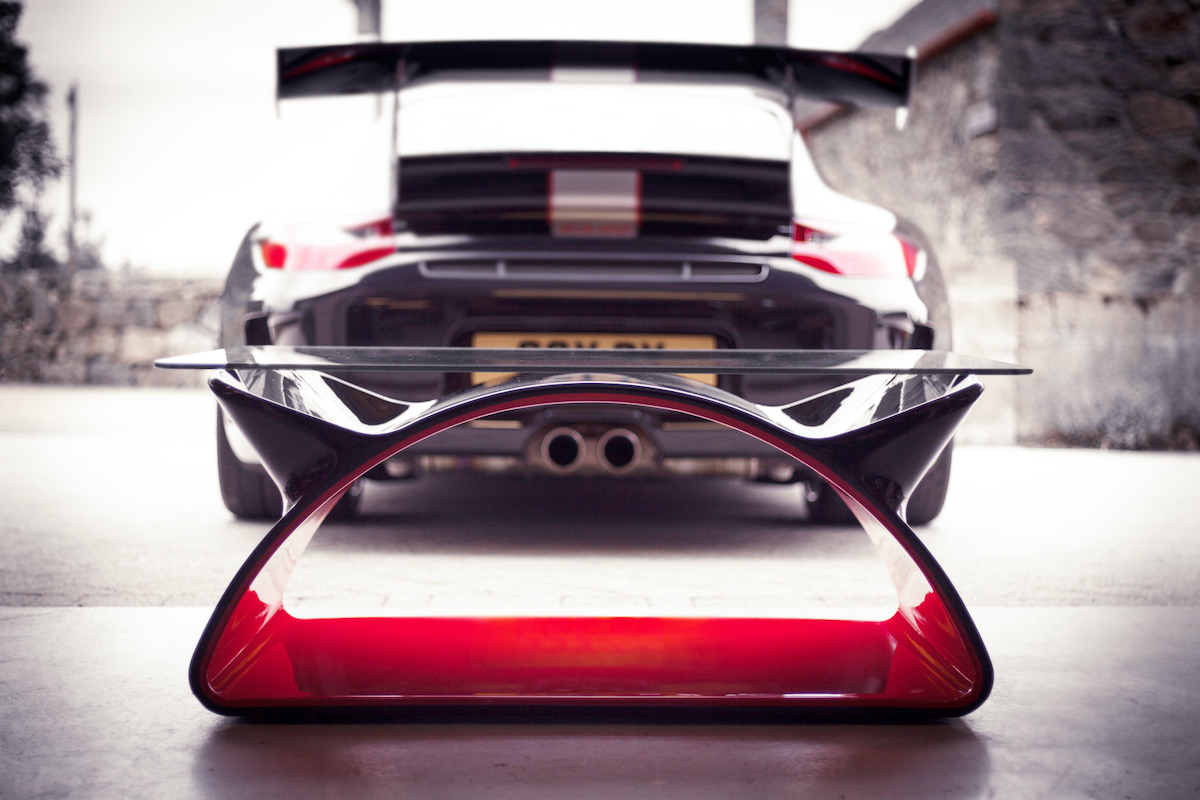 “At that point I had no idea which direction I was going to go with my own designs until I found a competition for Porsche to design something that had three unique properties that made it stand out as Porsche,” he explains. “All I knew is that I would be going in the direction of something I loved. Even though the competition was only for US residents, I decided to try and do it on my own.

“My first design was the Anatina Table which incorporated the Duck Tail spoiler from the 1972 911 2.7 RS. This was made from two GRP shells that were put together in a way that you couldn't see the seam lines apart from the colour change.

“This design made it quite tricky to manufacture and costly and although I sold a few of these I knew that I needed to make something that was smaller, more practical and that would reach a larger audience. This was when the idea for a watch came to fruition and we now have 13 different watch designs and each telling the time in their own unique way.”

Whilst Andrew does not deny that the 911’s functionalist form has had an impact on GRD, he explains that it’s the wider modern classic car movement - and the younger buyers therein - that play the biggest role in the brand’s design philosophy.

“Like any type of design, watch design is something that comes and goes in cycles. I think this can also be said for the classic car market,” he says. “For a long time, P-Cars such as the 964 or 996 were seen as the “black sheep” or cheapest “buy-in” cars of the 911 family, but now people who grew up wanting one of these can afford it.

“As we see with modern classic cars, great design doesn’t need to show off or stand out, and it’s not just Porsches I’m talking about, either - our watches have taken design cues from everything from the BMW E46 M3 to the Lancia Delta HF Integrale. 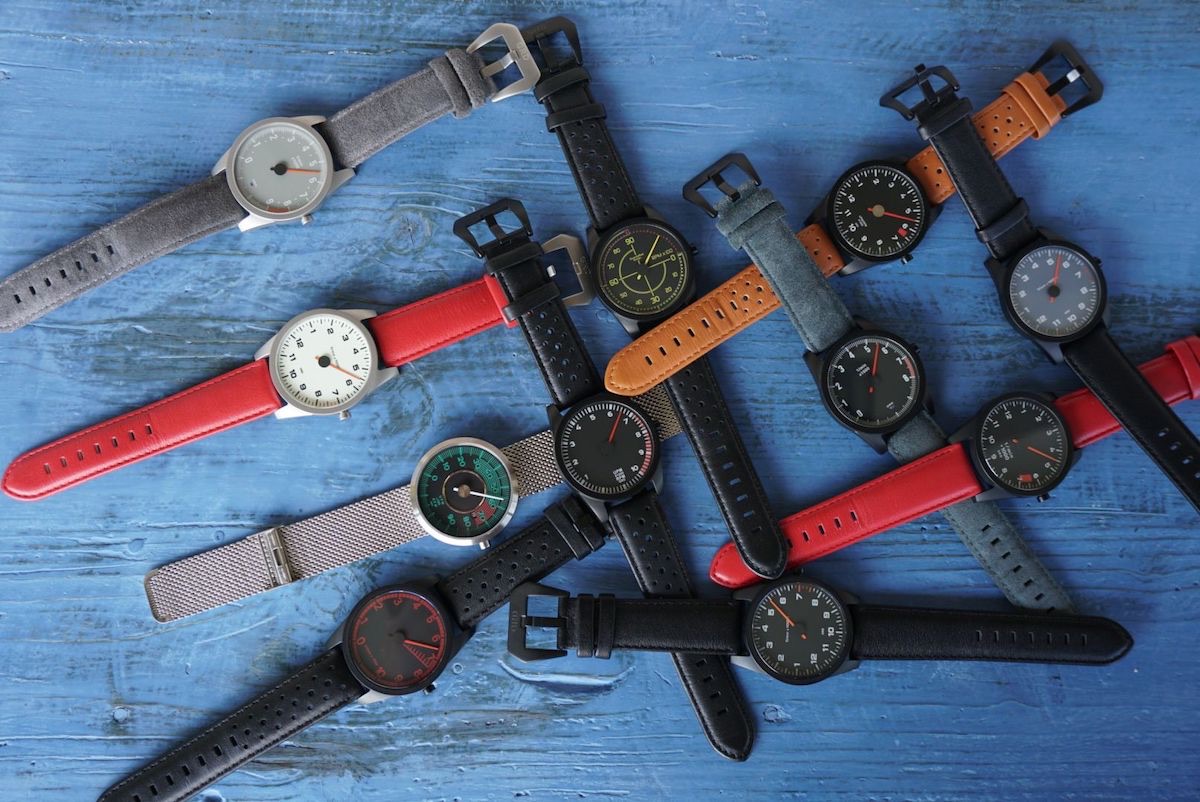 “This idea of “less is more” is why we went with a flat sapphire crystal glass rather than a curved glass to replicate the look of the older tachos, and our cases are designed to be simple but purposeful with clean edges so that the main focus is on the face of the watches.

“Like a car it also needs to be functional and create that 'want' factor, which is why we’ve gone with Swiss internals because they are the most well-regarded and desirable in the watch world.

“By offering a large selection of straps inspired by modern classic car interiors and race liveries from years gone by, we also give our watch owners the opportunity to show where their alliances fall within the world of classic cars.”

Since as early on as the first days of 2020, the classic car market has shown that classic car enthusiasts in the Millennial demographic are gravitating towards modern classics made between the late 1980s to the early-2000s.

As a result, there has been a gradual - yet widespread - shift throughout the classic car world that classic cars are not just exclusive playthings for wealthy, heritage collectors. In fact, Driving.ca reported that it’s buyers born between 1981 and 1996 who are “doing the opposite of killing the classic car industry.”

The belief that classic car ownership being something restricted to a select few is also a notion rejected by GRD, and Andrew concludes our email exchange by explaining that “quality design and craftsmanship shouldn’t be restricted.”

“If you have a good product at a fair price then it will always sell,” he explains. “We learnt this with our Anatina Table. At the time we were just starting out and it was quite an exclusive product. It is about finding that balance which isn't always easy.

“What we at GRD are trying to do, is to push the envelope on the norm of the watch industry because most analog timepieces have been uniform in layout for the last couple of centuries. 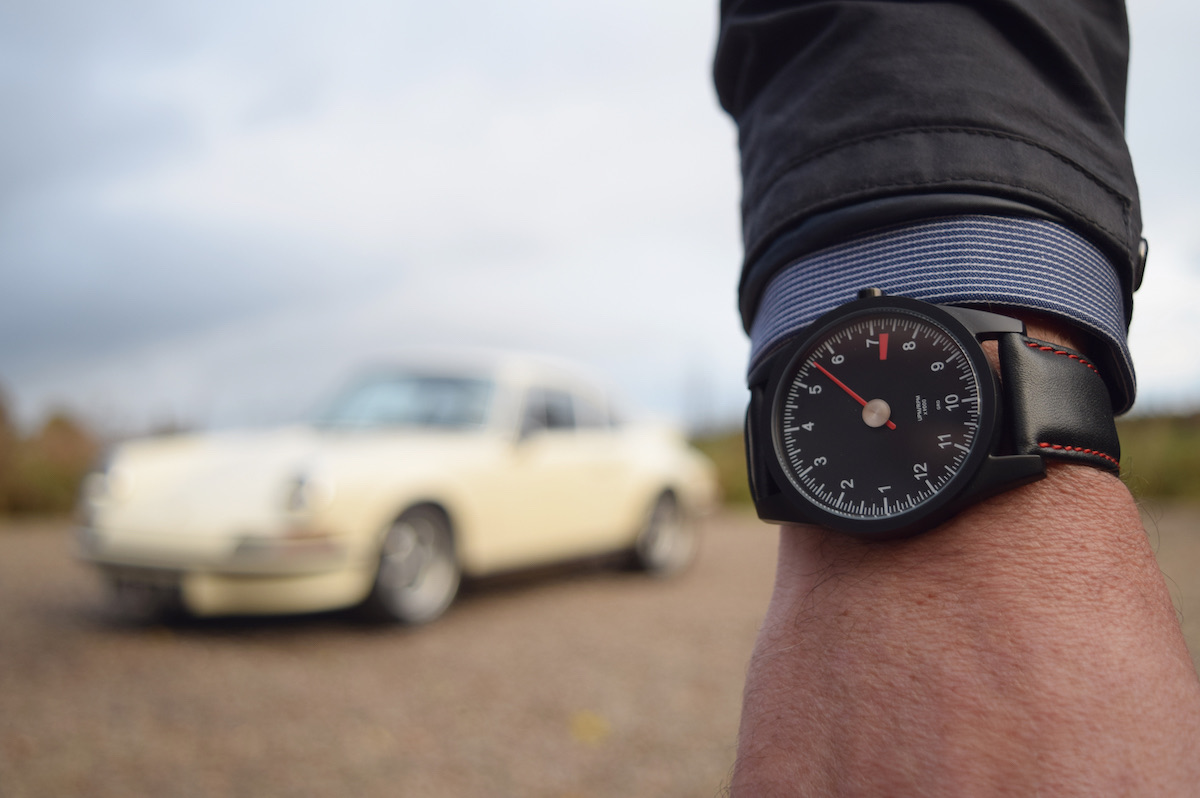 “For us, our designs need to continue to be functional even though they have an individual take on time telling. Our watches are simple in design yet purposeful and pure to their intentions.

To conclude, I would say that if GRD had to be compared to any of my favourite car makers, then that car maker would be Porsche - they are always trying to push the boundaries through ingenuity and a passion to create the best driving experience for their customers with a beautiful yet clean design.”

To take a look at the modern classic car-inspired watches designed by GRD, click here to visit their homepage.

Alongside air-cooled Porsches, Andrew also cited the BMW Z4 M Roadster and Subaru 360 van as two other of his favourite classic cars. To take a look through the 11,000 + cars we have listed on Dyler.