This Week in Cars: The Best of British and The Jaguar E-Type at 60

The Jaguar E-Type - a car once described by Enzo Ferrari as “the most beautiful car in the world” - recently turned 60 years old.

When it launched at the 1961 Geneva motor show, the E-Type quickly became the event’s biggest attraction.

Its sculpted Malcolm Sawyer-designed body wowed the motoring press, and under the skin, the boffins at Jaguar also got tongues wagging by including a number of technical innovations that redefined how a sports car should be made.

The E-Type went out of production in 1975, but even some 46 years later, it still remains one of the most loved cars within the classic car world.

To commemorate the 60th anniversary of the E-Type, Jaguar has released a very limited batch of six special edition E-Type restorations called the 60 Collection.

Alongside being restored by the Jaguar Classic division, the 60 Collection has a number of visual enhancements over the original, including an engraved centre console which depicts the route of the first ever E-Type’s journey to Geneva, a 24-karat gold horn push, and a selection of tailor made tools. 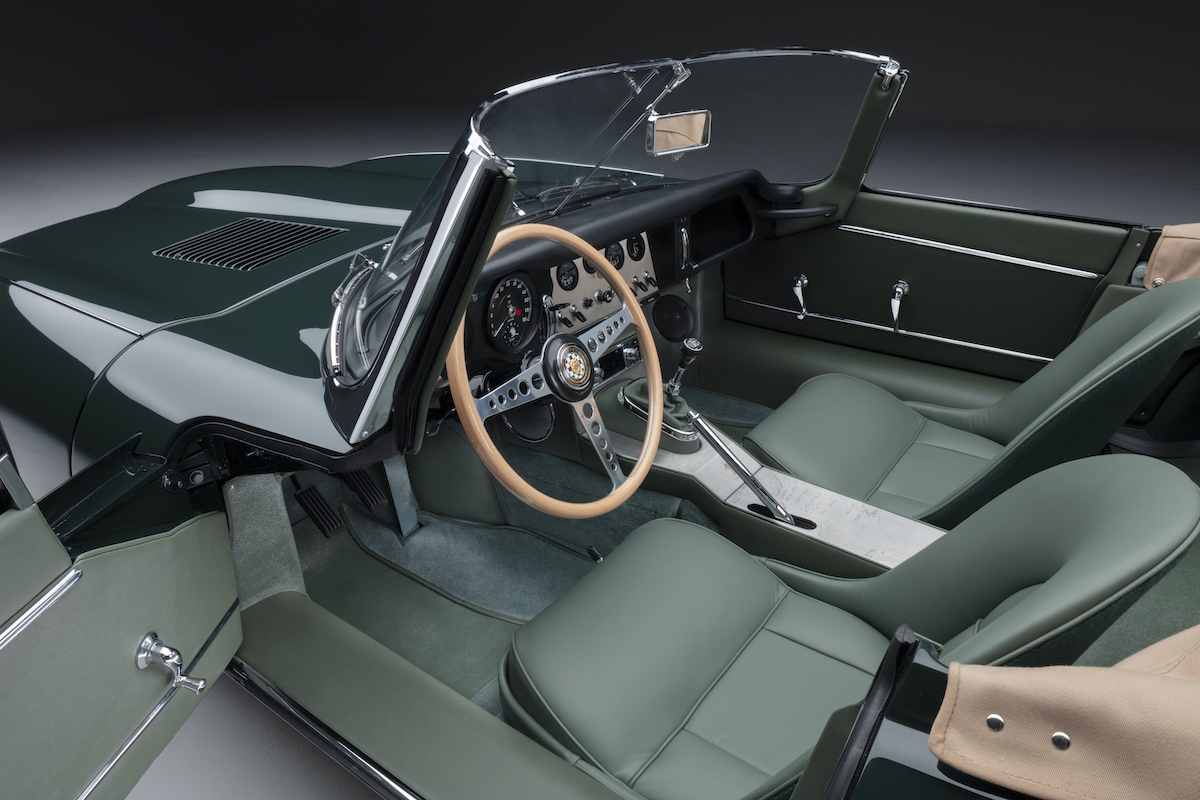 To celebrate 60 years of the E-Type, this edition of This Week in Cars is all about some of our favourite classic British cars listed on Dyler.

As always, thank you for reading and we’ll see you next week! 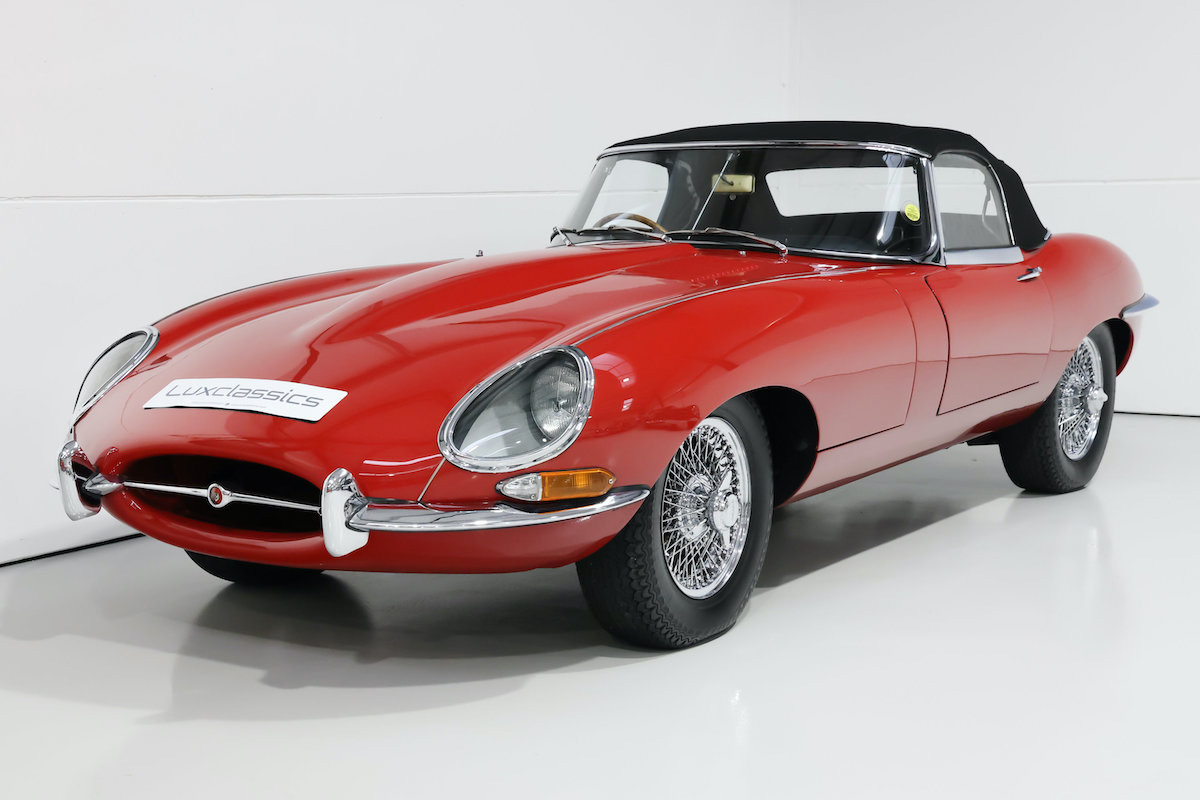 For many car enthusiasts, the Jaguar E-Type is one of the “must have” classic cars. When it launched in 1961, the E-Type re-wrote the rulebook about what’s needed to make a great sports car. Alongside the sculpted Malcolm Sawyer-designed body, the E-Type was somewhat of a technological tour-de-force under the skin. Unlike any other performance car of the era, Jaguar fitted the E-Type with an independent rear suspension, all-round disc brakes, rack-and-pinion steering, and unitary construction - all of which prompted industry-wide changes to sports car manufacturing. The very first E-Types made from 1961 to 1964 had a 3.8-litre engine producing 265bhp, which made it the fastest car in the world at the time. The E-Type went out of production in 1975, yet it still manages to be one of the most influential classic sports cars of all time. There has been no direct successor to the E-Type since production stopped, but the modern-day Jaguar F-Type is considered to be as close as it gets. 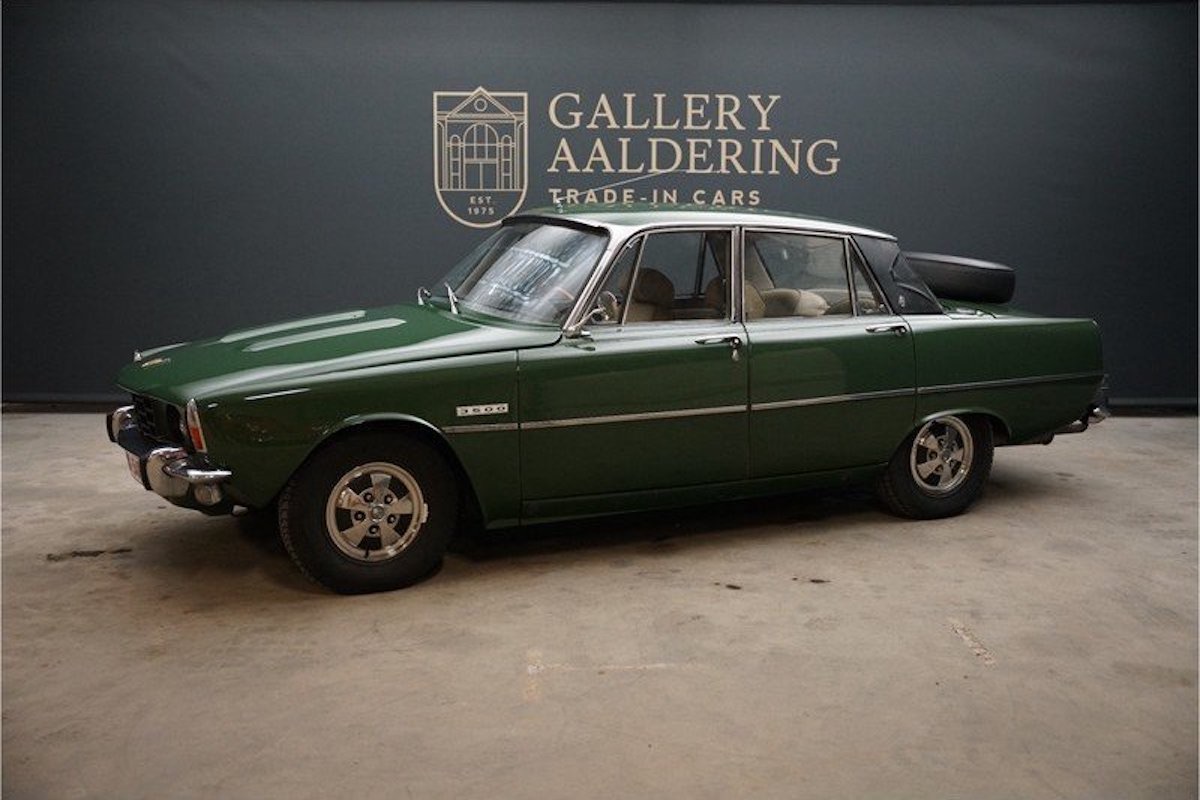 Whilst Rover suffered from an image problem in its dying years, in its heyday, it was one of the United Kingdom’s leading car makers. From 1963 to 1977, the Rover P6 was the marque’s mid-size model to rival the Citroën DS (the car that inspired the P6’s design), Lancia Flavia, and the Chevrolet Corvair. The P6 Series II - the car here - was introduced in 1970 and featured a number of upgrades over the previous generation, including a plastic front air intake, new bonnet pressings, new rear lights, and an improved interior. Throughout its life, the P6 to have was the 3500 V8 model, which came with Buick’s 3.5-litre, all-aluminium compact V8 - an engine which despite going through several forms, became known as the Rover V8 and lived on for a further 30 years. 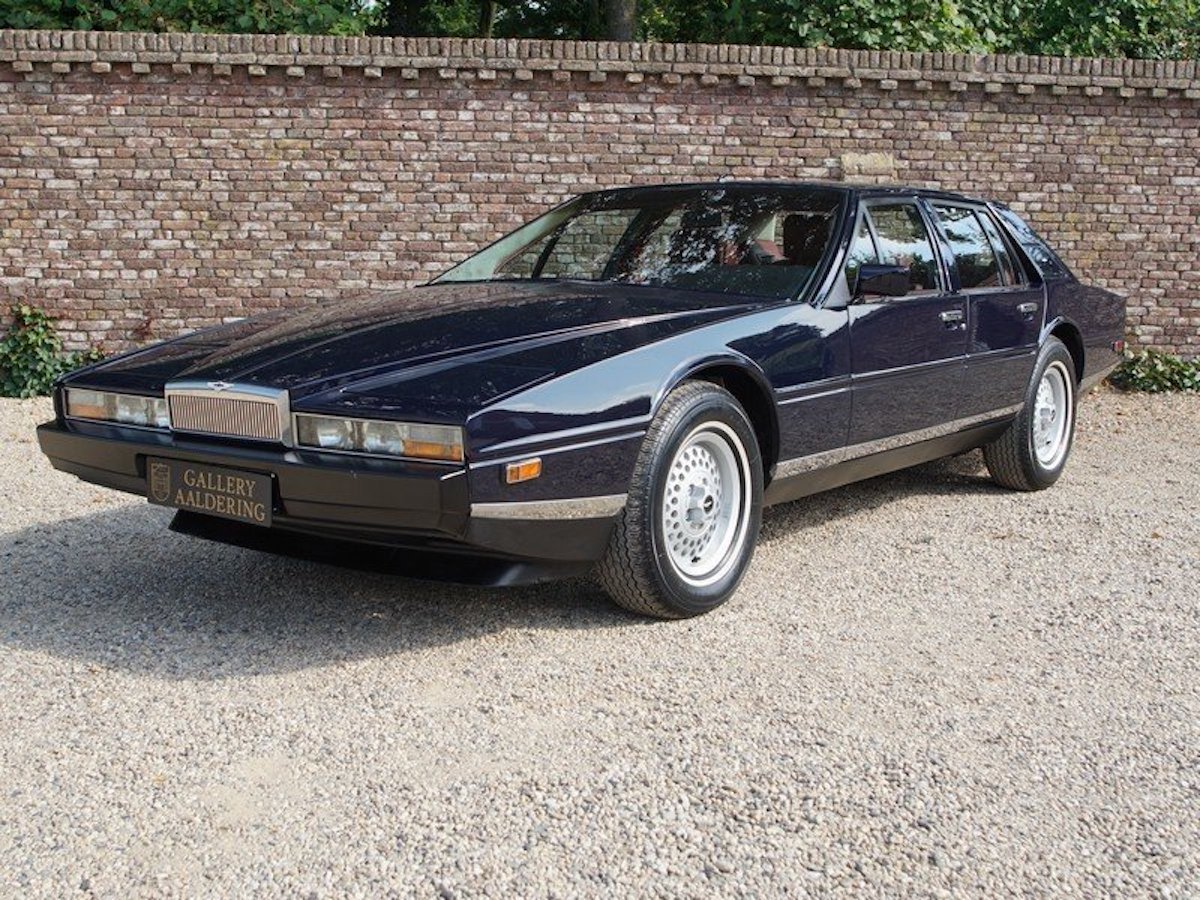 When it launched in the mid-1970s, the Aston Martin Lagonda turned heads with its wedgy aesthetic and all-digital dash
© Gallery Aaldering

During the 1980s, Tickford was Aston Martin’s tuning arm and was responsible for some of the most remarkable cars to come out of Newport Pagnell during that time. This Aston Martin Lagonda - already one of the more ‘out there’ cars of the 1980s thanks to its wedgy styling and bold all-digital dashboard - was not exempt from the Tickford treatment. Purchased by the Sultan of Oman in 1984, the car was given a red leather interior, and the rear was fitted with a TV and video unit, plus a cocktail bar with matching glasses at the cost of an additional £2,000. The Lagonda went out of production in 1990 and Aston Martin has not revived the model. However, the highly rare Aston Martin Taraf was created as an homage to the Lagonda in 2015. Over the course of its one year production cycle, only 120 Tarafs were made and price at $1m per-car. 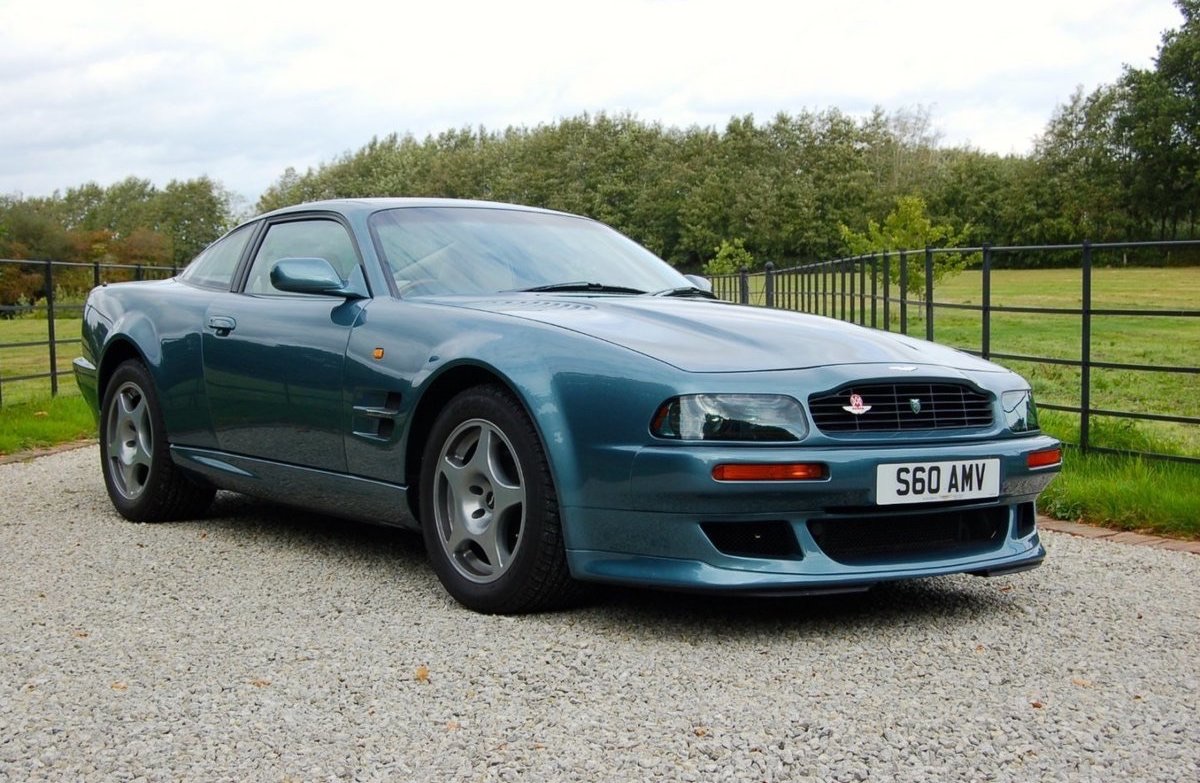 The Aston Martin V8 Vantage V600 is one of the rarest modern classic Aston Martins ever, with only 40 of these special edition cars ever made. The V600 was launched as a performance package at the end of the 1990s as a special edition model to commemorate Aston’s Le Mans victory in 1959. For the V600, Aston Martin would take the already rapid Vantage 550, added another intercooler, and upped the boost of its superchargers to give what became the V600 a healthy 600bhp and 600lb-ft of torque. To cope with the extra power, Aston Martin gave the V600 better shocks, stiffer anti-roll bars, and stiffer anti-roll bars. The end result was a quoted top speed of 200mph, and 0-60 time of 3.9 seconds. 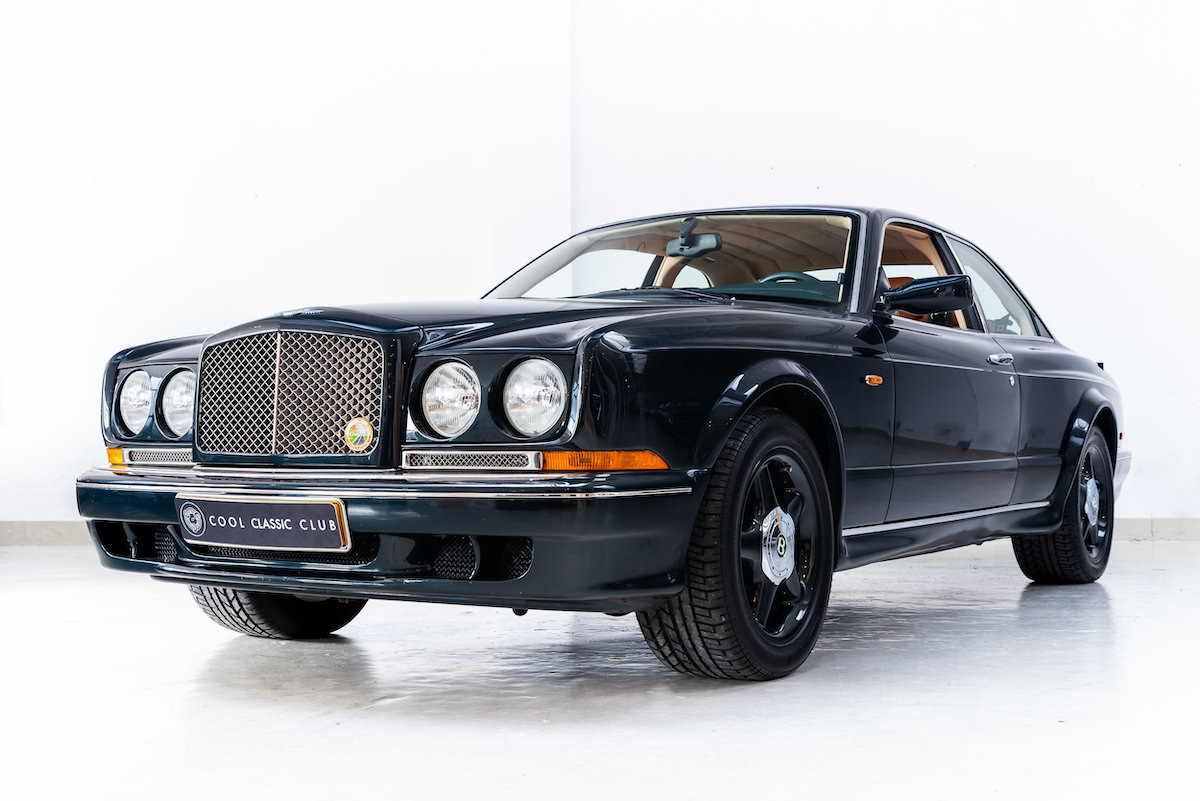 If you hold the view that the old Bentley Continental wasn't wide enough, or was somehow too slow, then the Continental R Mulliner Widebody is the car for you. The Mulliner Widebody made everything about the Continental bigger. Having worked with Bentley since the 1950s, coachbuilder Mulliner knew how to work with the British brand's ethos of style, sophistication, and aggression. The Widebody is longer and wider than the standard Continental R. Its turbocharged 6.7-litre V8 also produces 420bhp, and the car comes with one-off specially-made black alloy wheels. Between 1999 to 2003, just 131 Mulliners were made. This makes it one of the rarest and most sought-after modern classic Bentleys around.