One of the unique features of British lifestyle is respect for traditions and the ability to preserve and foster them. Another purely British feature is exclusive elegance. Whether at Wimbledon, Royal Ascot or the Chelsea Flower Show – there is always a unique environment with specific rules, menus and dress codes.

Without a doubt, the Concours of Elegance at Hampton Court Palace that takes place in London every year also belongs to this category of events. This year, it was attended by more than 10,000 classic car enthusiasts. Approximately 1,000 rare cars not entered in the main competition were lined up within the scenic gardens of Hampton Court Palace. Among them were the one-off Rolls-Royce Sweptail, one of seven Aston Martin V12 Vantage V600s, and the McLaren Senna #001. Harry’s Garage display brought together the world’s fastest supersaloons, including the Ferrari-engined Lancia Thema 8.32, Jaguar XE SV PROJECT 8 and Aston Martin Rapide AMR. 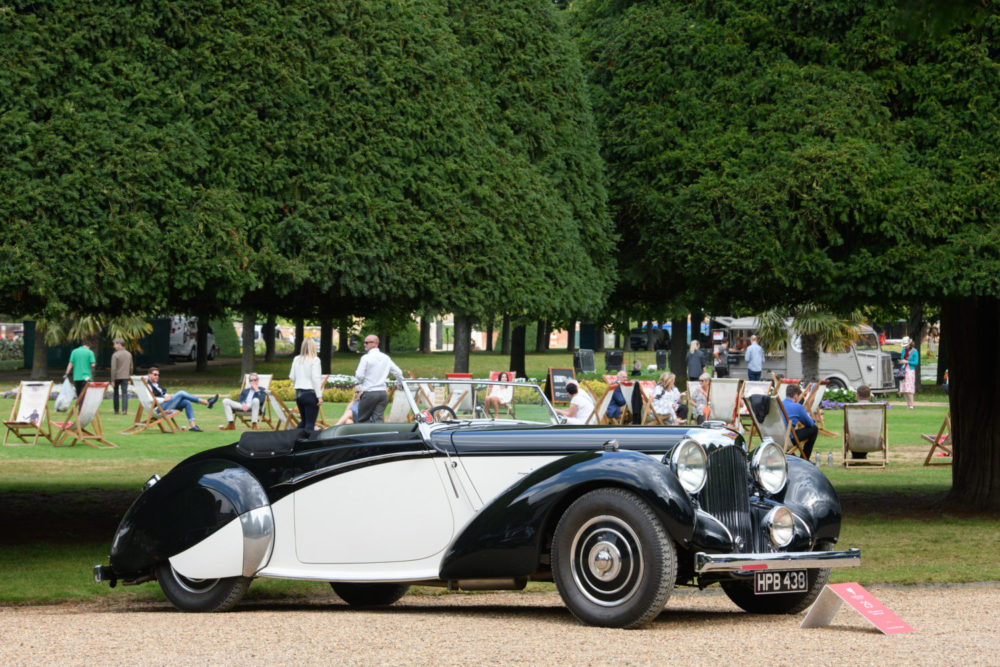 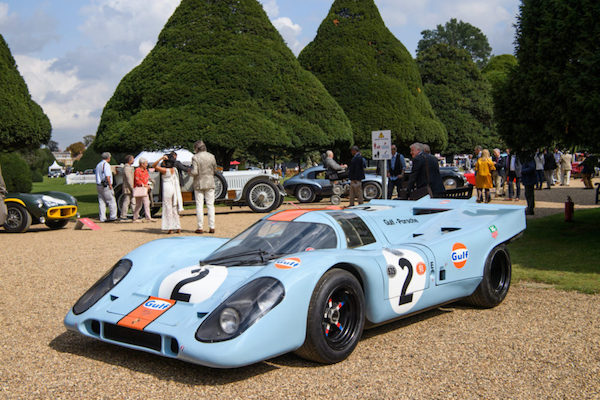 This extraordinary affair also included about sixty of the rarest blue-blooded classic cars in the world. Best in Show was awarded to the Mercedes-Benz S-Type Barker ‘Boat Tail’. Based on the 1927 Mercedes S-Type, this was one of the most powerful road-going automobiles in the world in period, developed as the perfect road-going, race capable car. 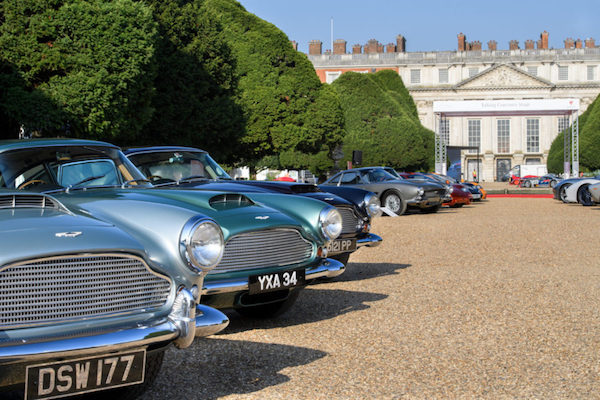 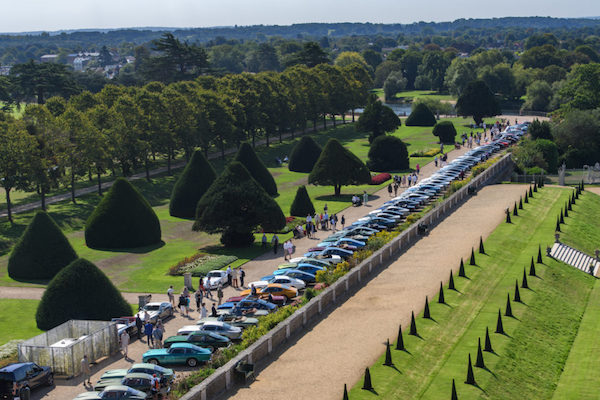 As part of the impressive weekend, nearly 80 historic Jaguars competed for the Jaguar Trophy. Led by Jaguar guru, Phillip Porter, a panel of judges overwhelmingly decided the car they would most want to take home, was an impeccable and highly original X120. The very early steel car has only covered 53,000 miles since new. 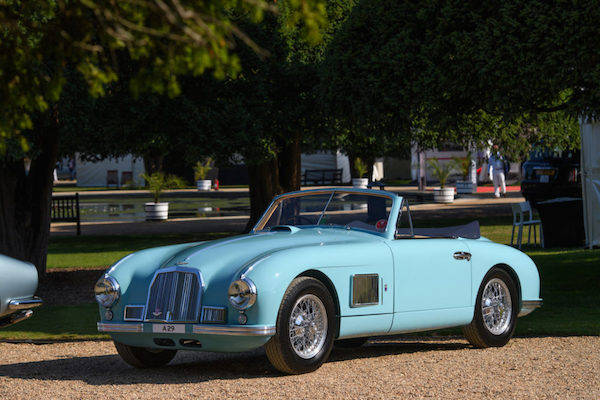 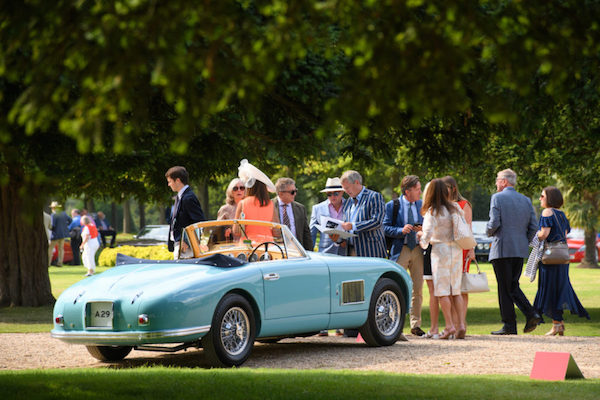 The day after that, a spectacular column of sixty Bentleys arrived in the Hampton Court Palace gardens, ranging from the pre-war grand prix cars to the very latest Continental models. After carefully assessing each car, a judging team of Bentley experts decided to award the pre-1965 Bentley Trophy to a stunning S2 Saloon, and the post-1965 Trophy to a 2000 Continental T. 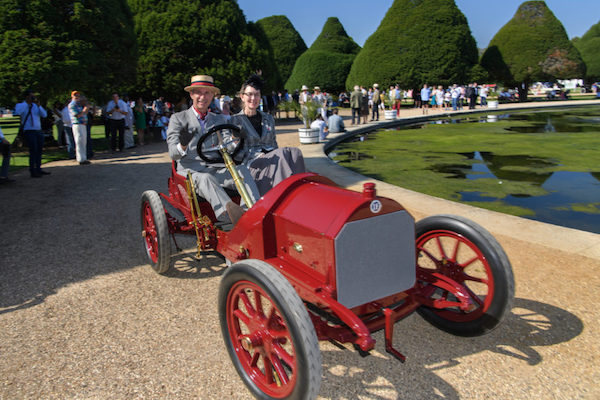 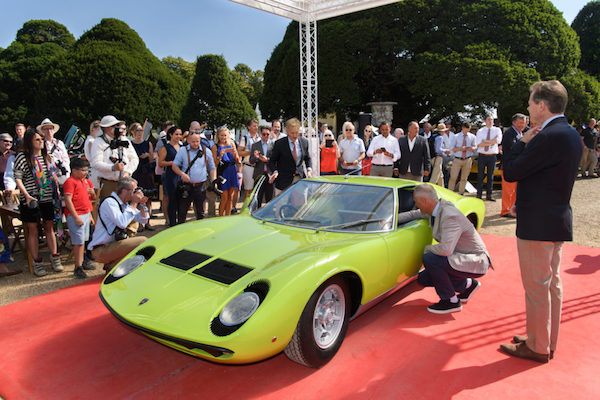 The overall mood at the Concours of Elegance was created by the cars, the pristine surroundings of the Hampton Court Palace gardens, and the dignified and knowledgeable collectors and enthusiasts. In order to achieve complete harmony, every detail is important in this context – even the watch. I don’t know if a better option is possible, since A. Lange & Söhne was supporting the Concours of Elegance as a cooperation partner for the first time this year. 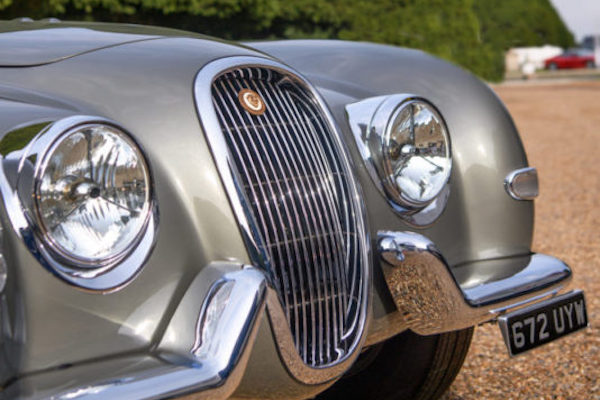 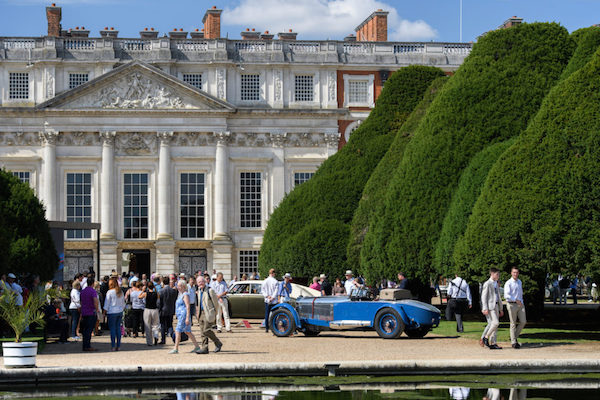 For Lange CEO Wilhelm Schmid, the extension of the company’s commitment to the world of classic cars reflects a passion for sophisticated mechanics and thrilling design that is deeply rooted in the corporate culture: “Consummate craftsmanship, technical innovation and timeless aesthetics are the core values that underpin both the Concours of Elegance and A. Lange & Söhne. Collectors and connoisseurs of modern precision timepieces share a passion for technology and elegance with aficionados of historic cars.”

This company was founded in 1845 – back in the pre-car era – by Ferdinand Adolph Lange in the town of Glashütte, near Dresden, and was known for its excellent pocket watches. In 1948, it was nationalised by the Soviet administration, and the brand ceased to exist. In 1990, following German reunification, the founder’s great-grandson Walter Lange (1924–2017) restored the company. He was assisted by several famous Swiss watch manufacturers, including IWC and Jaeger-LeCoultre.

Today, A. Lange & Söhne is a unique name in the world of horology. If you see a person wearing one of their watches, you can be sure that he is a true horology aficionado. The manufacturer only produces a bit over 5,000 watches per year. For comparison: Patek Philippe produces about 30,000 annually. So, like many Concours of Elegance entrants, they are very rare. Another distinction is that all A. Lange & Söhne watch cases are made of gold or platinum. And the third distinction is that all timepieces without exception are crafted by hand and feature an extraordinary finish.

The manufacturer, which nurtures classic horological traditions and is taking them to new levels, also sponsors the Concorso d’Eleganza Villa d’Este in Como and Classic Days at Schloss Dyck near Düsseldorf. 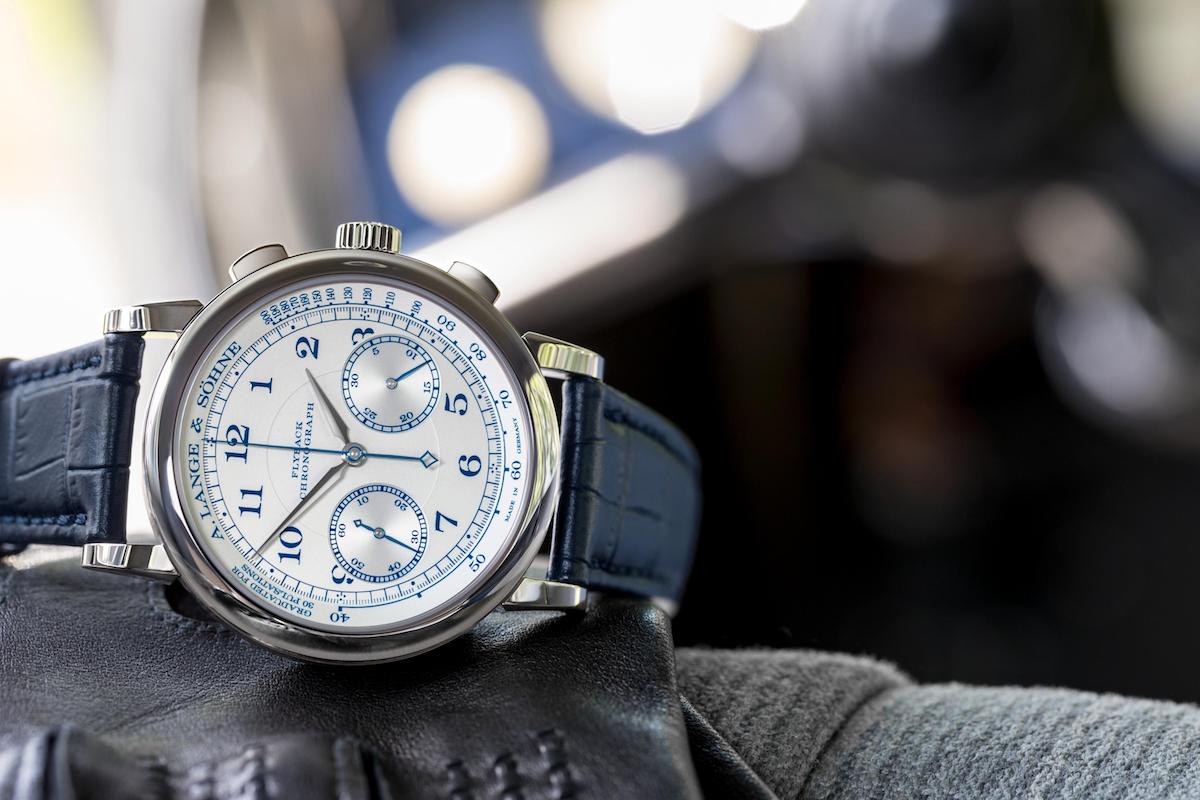 1815 CHRONOGRAPH, presented in January 2018, in a historic BMW 321, which was also owned by the family of Walter Lange (1924 – 2017). Walter Lange was passionate about classic automobiles throughout his life. 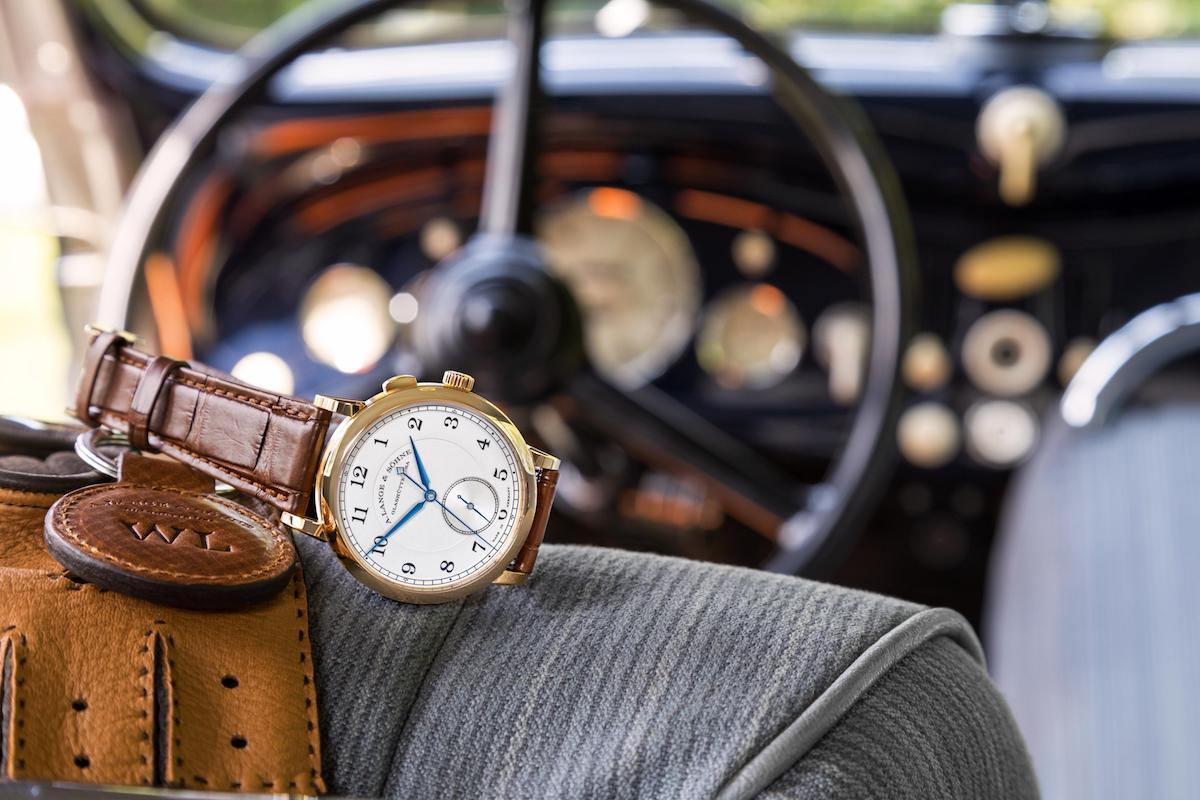 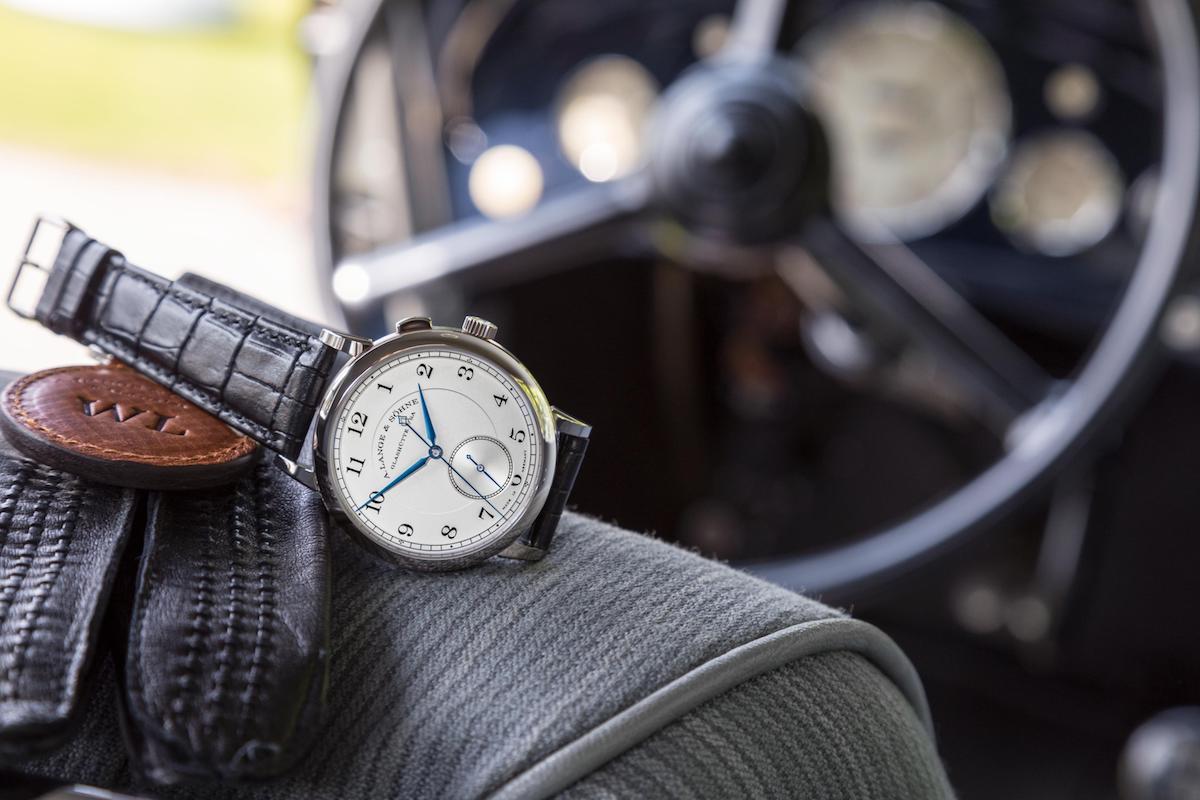 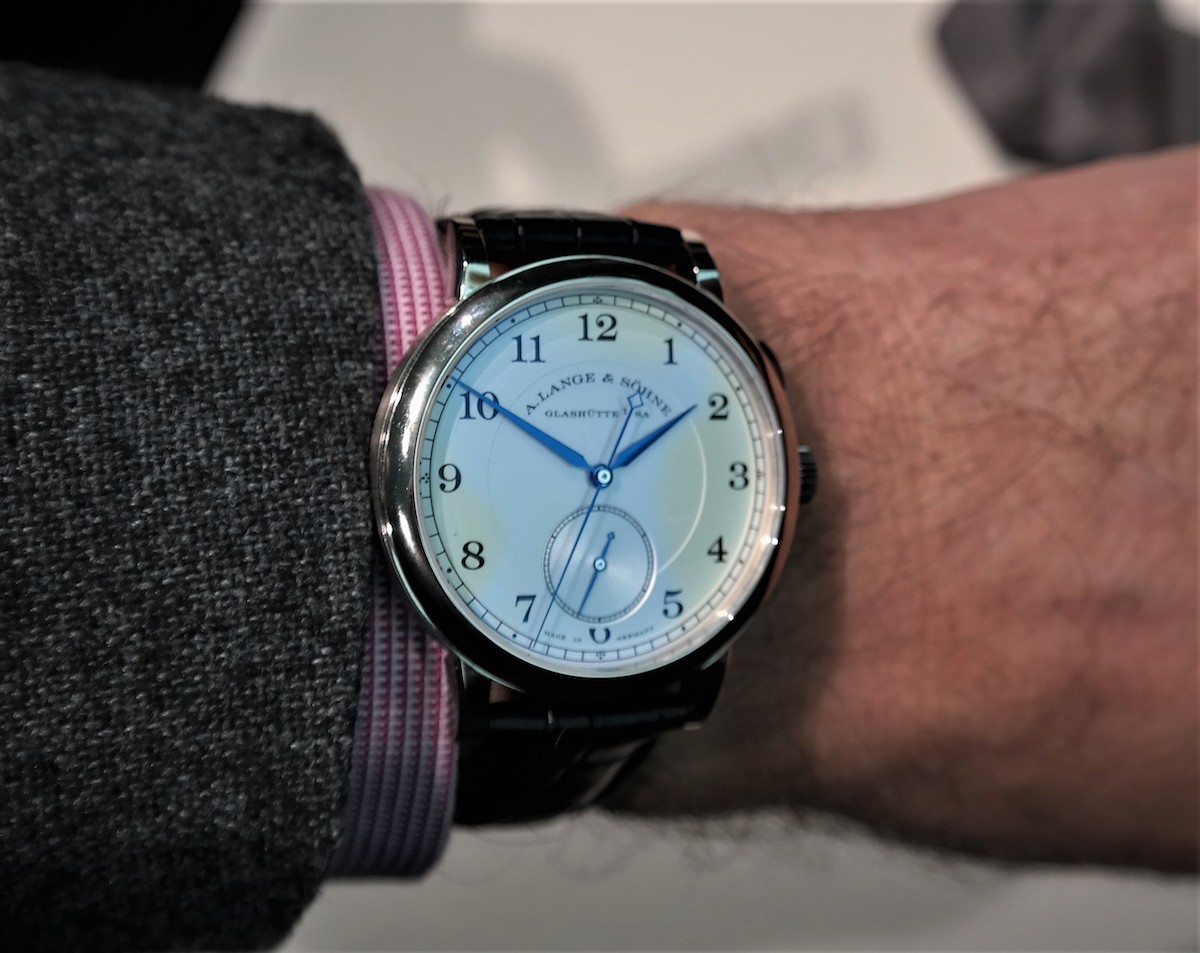 Simple and complex, real beauty for the serious watch collector, one of the most interesting watches debuted in 2018.