This Week in Cars: Five Modern Classic Race Cars For The Road 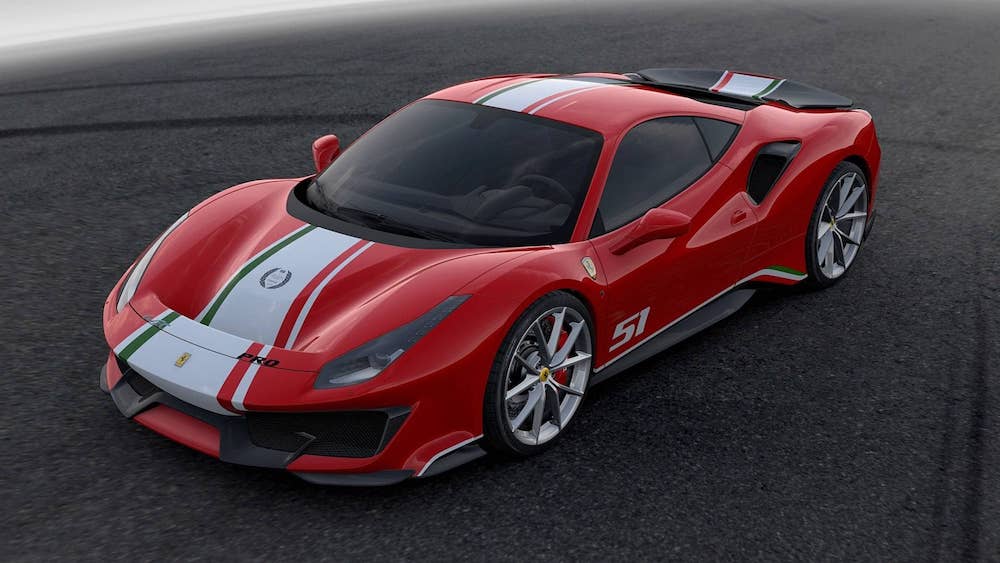 Do you want a classic car that’s race-inspired for the road? Then look no further than these modern classics from Ferrari, Aston Martin, Porsche, SEAT, and Subaru.

To celebrate some of our favourite race cars from recent - and not so recent! - history, we’ve scoured the listings on Dyler to find their nearest roadgoing counterpart and included them in this edition of This Week in Cars. 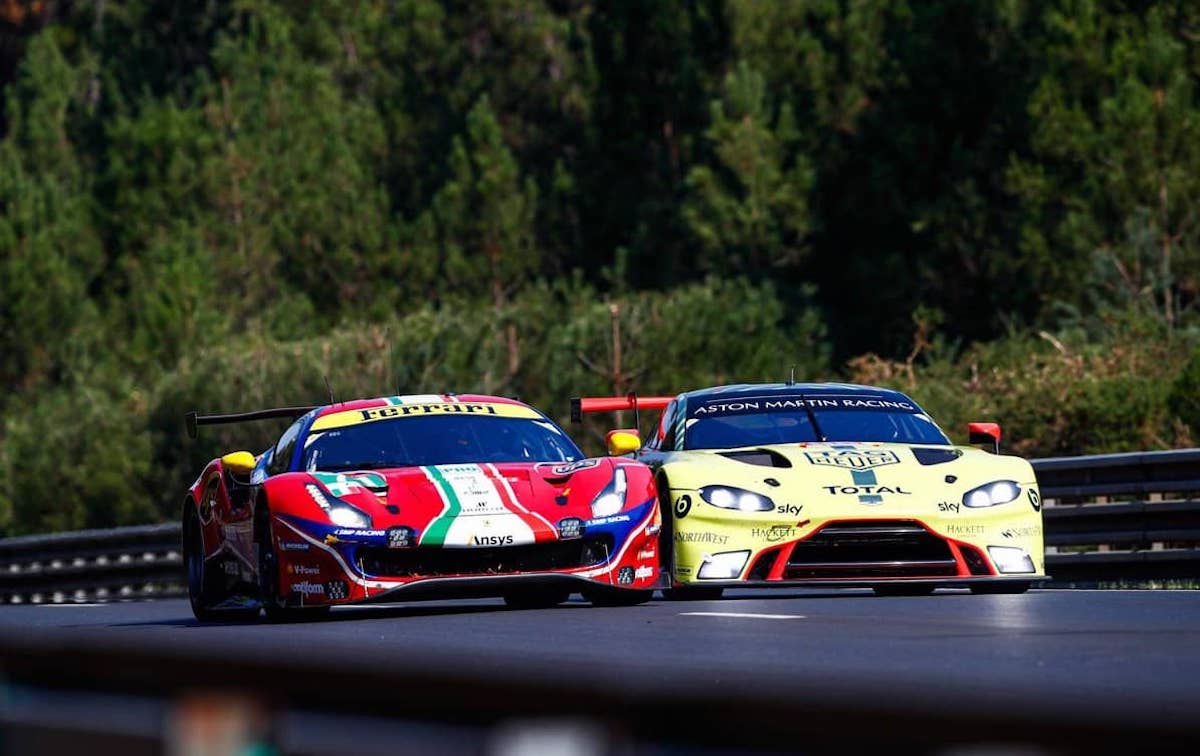 In a battle for the ages, the Ferrari 488 and the Aston Martin Vantage AMR go head-to-head at Le Mans
© Michelin

In the list below, we’ve included two of the greatest GT cars in recent Le Mans history, a £295,000 Porsche, an instantly-recognisable rally car, and a little-known SEAT from the Spanish firm’s brief foray into the World Rally Championship.

If you can think of any other road-going cars that form the basis of some of some of your favourite race cars, we’d love to hear your choices! Also, before I sign off, we haven’t included the Mitsubishi Lancer Evo VI Tommi Mäkinen Edition and the Toyota GR Yaris, because we’ve previously covered them here and here! 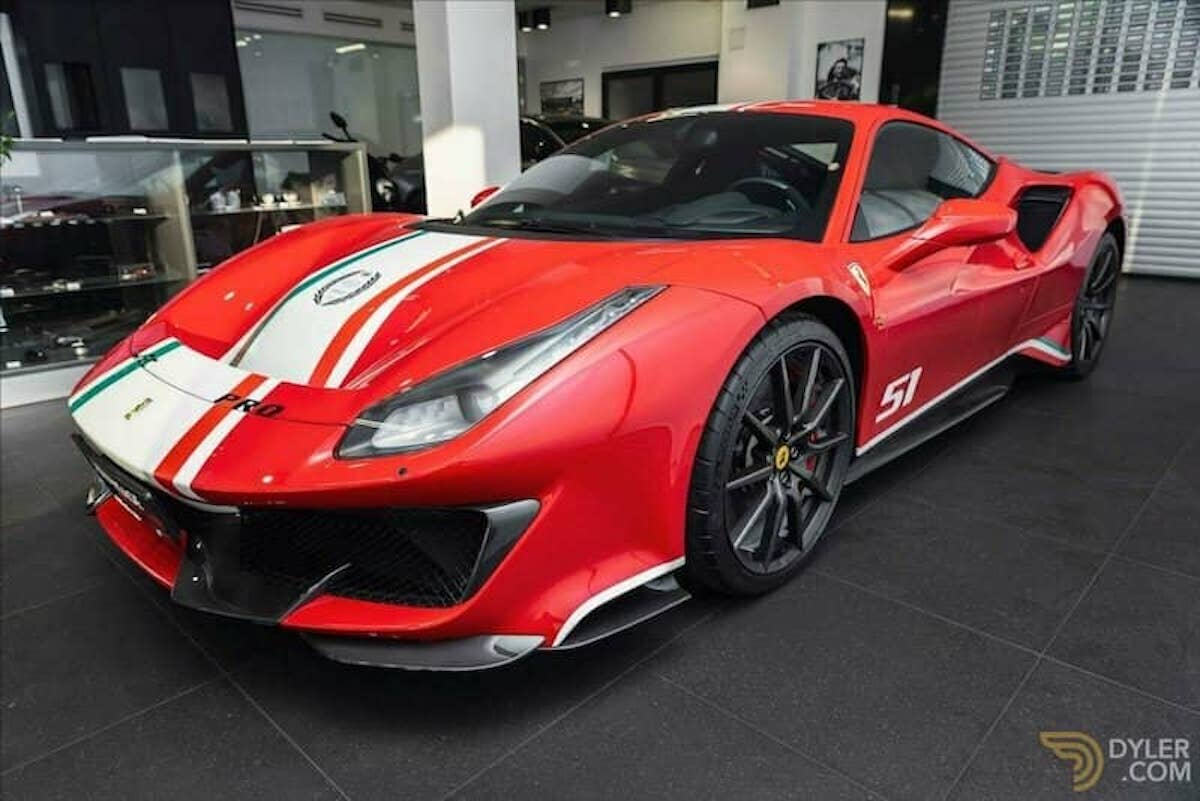 There are only 40 488 Ferrari Pista Piloti available, making it one of the most exclusive Ferraris in recent years
© Advantage Cars

Born from Ferrari’s success in the World Endurance Championship, the Ferrari 488 Pista Piloti came about in 2018 to mark the Scuderia’s 2017 WEC title win. Underpinned by the standard 488, this race special is covered in Italian tricolor stripes that ape the Ferrari championship winner, whilst the rear wing and vent surrounds are fashioned from carbon fibre to lighten the car. Inside the Pista Piloti gets tricolored with alcantara seats and dashboard trim all getting the green, white, and red treatment. Despite the nods to Ferrari’s endurance racing heritage, the 488 Pista Piloti gains no additional power - the 3.9-litre V8 behind the driver has the same 710bhp as-per the standard car. Only 40 of these race special 488s were made, and they were only offered to clients and privateers involved in Ferrari’s motorsport programmes. 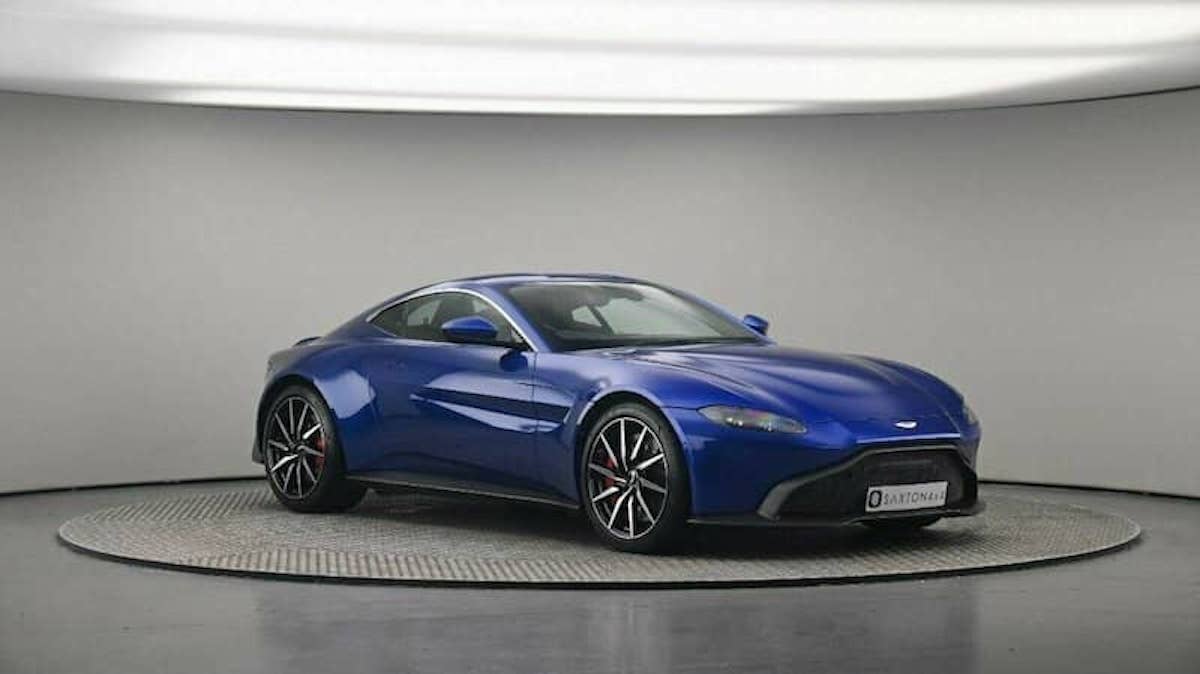 For all of Ferrari’s successes at Le Mans, Aston Martin boasts a list of successes from Le Mans since it re-entered the GT category in 2005 with the DBR9. Alongside its five class wins, the British carmaker has also scored seven podiums. Aston Martin’s latest Le Mans success came in 2020 when it won the LMGTE Pro category with its Vantage AMR. The Vantage AMR is based on the all-new V8 Vantage, the car you see here. That’s no bad thing, given that the all-aluminium Vantage is powered by a twin-turbocharged AMG V8, which is mated to an eight-speed automatic gearbox. The result is a top speed of 195mph and plenty of sideways action. In fact, Autocar even described it as being more fun - at least in terms of sideways action - than the class vanguard, the Porsche 911. High praise. High praise indeed. 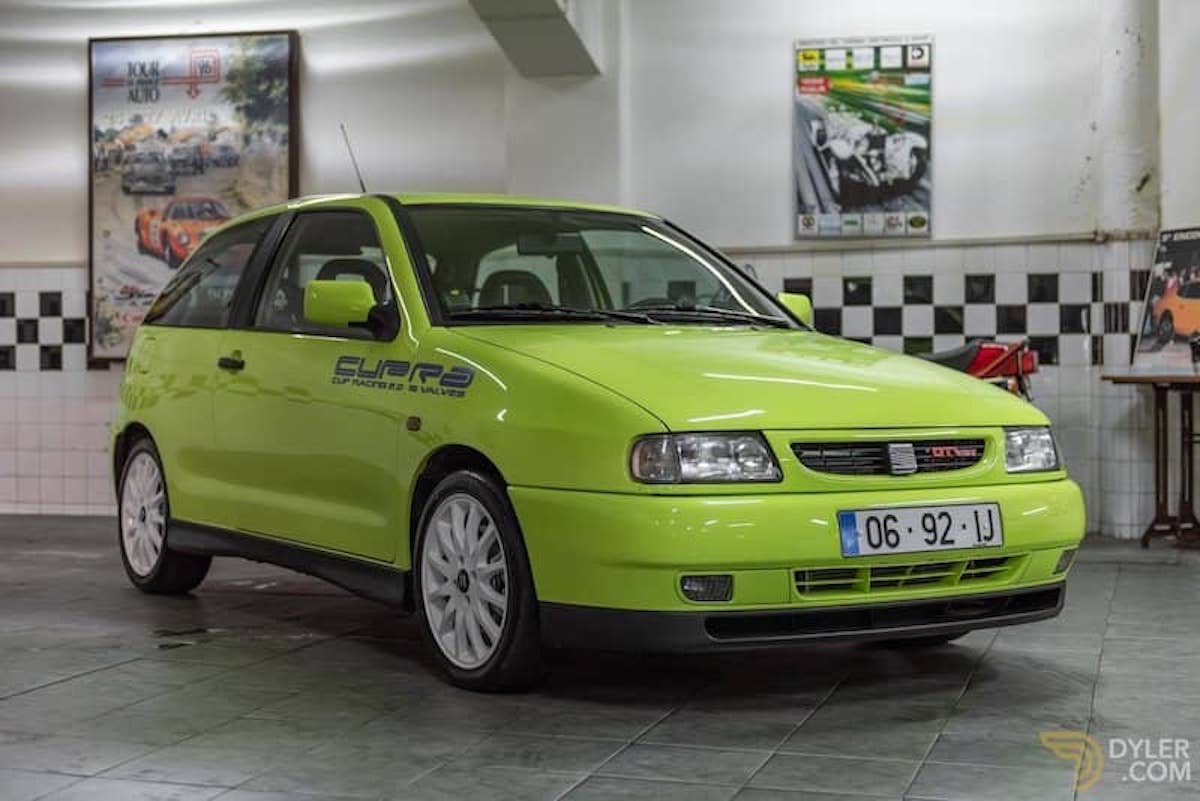 Based on the VW Golf Mk3 GTI, the SEAT Ibiza GTI is SEAT’s celebration of its successes in the WRC during the 1990s
© FS Automovéis

Whilst SEAT and its performance sub-brand Cupra are going great guns in the European TCR and PURE ETCR championships, the Spanish carmaker enjoyed plenty of success in the WRC during the 1990s. From 1996 to 1999, SEAT won the FIA 2-Litre World Rally Cup championship - a subcategory of the WRC - with its Ibiza Kit Car. To mark its success, SEAT built the Ibiza GTI Cupra Cup Racing - a hot hatch based on the Mk3 Volkswagen Golf GTI. Under the hood was a 2.0L engine, which gave the lightweight SEAT 150bhp. The Ibiza GTI was also the first production SEAT to wear the Cupra badge, which is a portmanteau of Cup Racing. 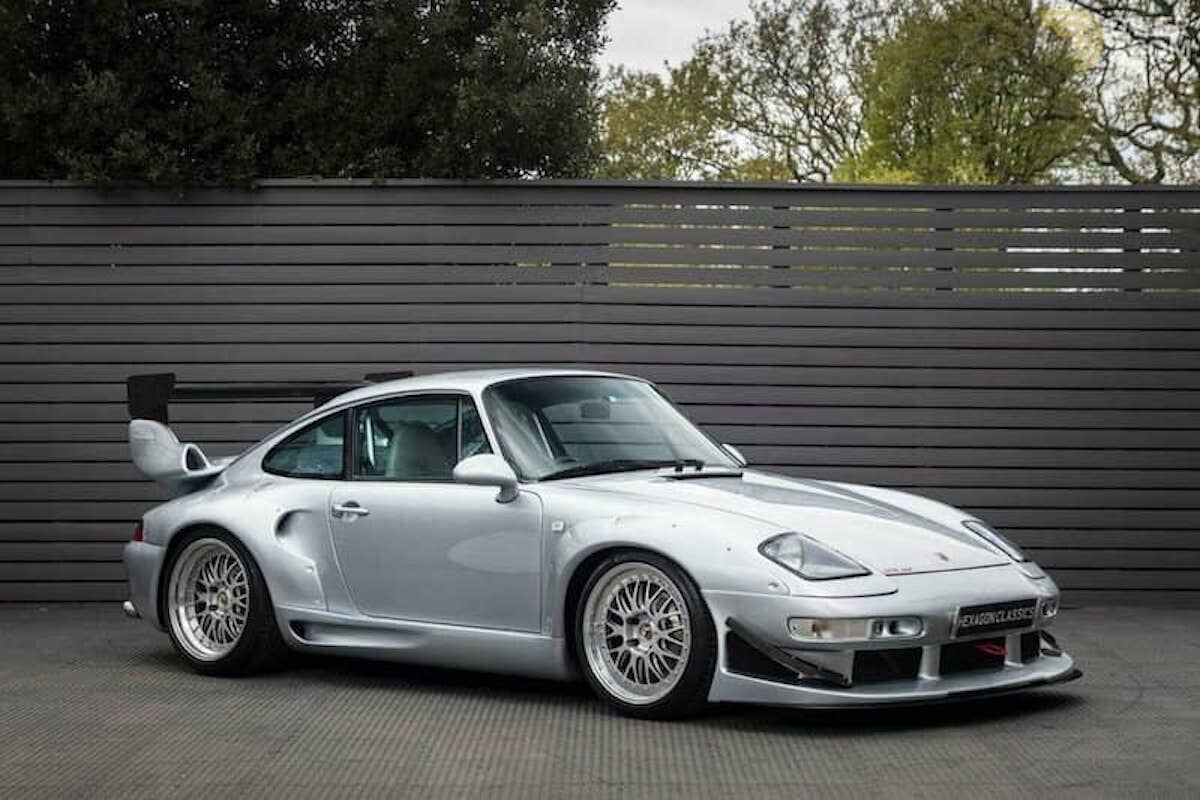 After starting life as a cooking Porsche 993, this Gemballa-tuned car has become one of the most sought-after 911s around. The Gemballa skunkworks in Leonberg, Germany, took a stock 993 Turbo, threw most of it away, and developed it into a 570bhp, 200mph+ race car for the road. As part of the two-round modifications the car underwent, Gemballa added kevlar front and rear wheel arches, carbon fibre honeycomb doors and hood, plus polycarbonate rear and side windows. As if those weren’t enough weight-saving measures, the car also boasts a massive carbon fibre rear wing from the 993 GT2 Evo, a carbon fibre gurney, and extra aero winglets in the front. All of this race car tech and exclusivity? That’ll cost you just under £300,000. 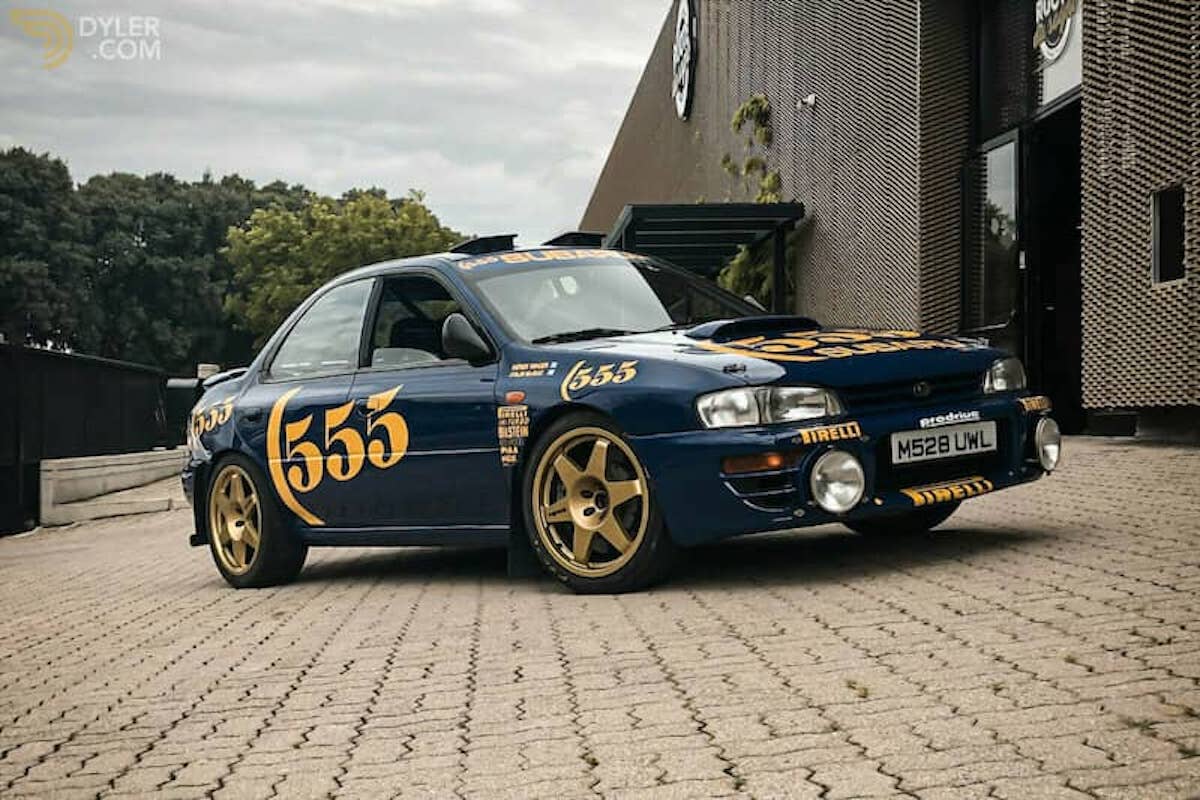 Driven by Colin McRae and Flying Finn Ari Vatanen, this Subaru Impreza is one of the most important cars in the history of the WRC and the Japanese manufacturer
© Ruote da Sogno

Some cars need no introduction, and the Subaru Impreza is one of them. What’s more, the very car you see here is a Prodrive-prepared car driven by the man who put the then-relatively unfancied Subaru brand on the map: Colin McRae. The Impreza’s successes in the WRC transformed Subaru into a carmaker favoured by farmers and rural types into one coveted by petrolheads and wannabe WRC drivers. Alongside McRae, this car was also driven by Ari Vatanen on the 1993 Rally Finland. Unsurprisingly, this piece of WRC history is POR...