Mercedes "Strich acht" is What Legends are Made from

To many the name Mercedes-Benz is synonymous with elegance, comfort and high build quality. A beautiful name which somehow matches the latter traits. However, it was not always the case regarding the model range. A good example of this is the W114/W115 code named the "strich acht" which translates into a gentler "slash eight" or "stroke eight" depending from which side of the pond are you. The designation comes from Mercedes marking their model range from 1968 VIN plates "/8" as the new generation.

Out with the old

This new generation replaced the fin-tailed W110's. The man responsible for clipping the tails was Paul Bracq. A French designer who was also responsible for the classic 70s BMW and Peugeot design. The new models featured four disc brakes and most importantly a new diagonal swing rear axle which improved the handling and safety. 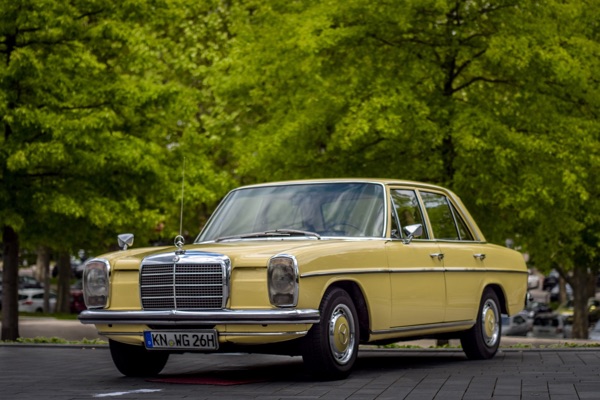 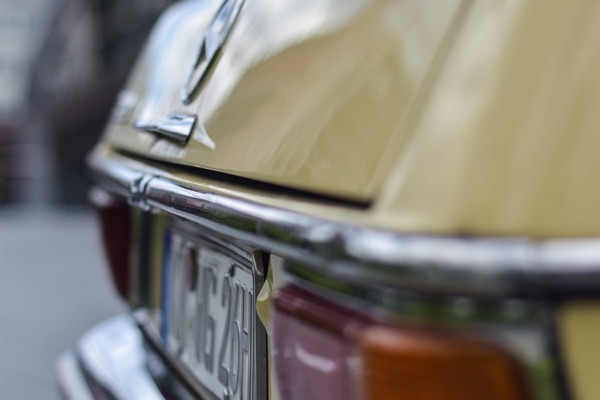 The engine displacement can easily be identified in liters by adding a comma after the first number. The 280 equals 2.8-liter for example, but less is more when it comes to engine size versus chassis number: the W114 models were equipped with petrol six-cylinder engines and were offered as the 230, 250, and 280, while the W115 models had four-cylinder petrol engines and were sold as the 200, 220, 230 as well as 200D, 220D and 240D diesels. US customers got only two diesels and one petrol version to choose from: a four cylinder 240D, an inline five 300D and a 280 six-cylinder petrol for the coupe. 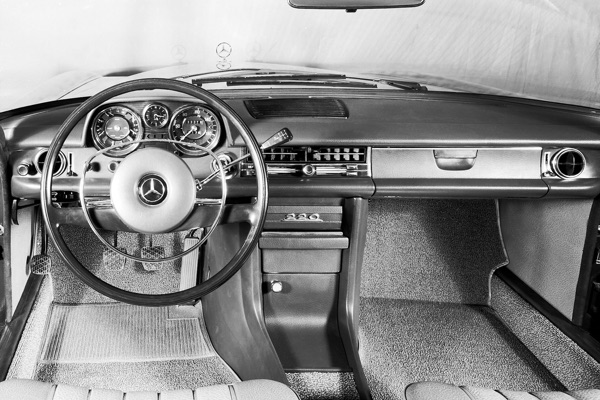 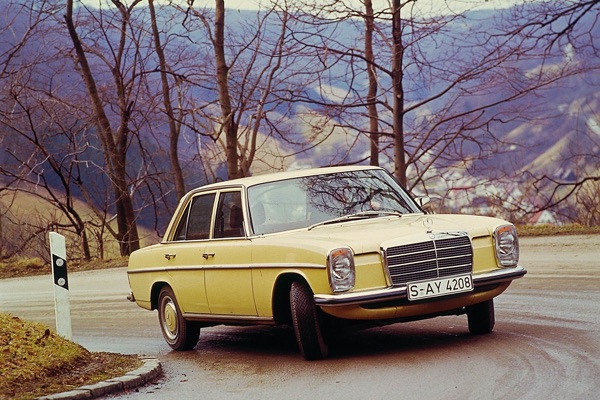 There are a few details to be noted regarding the coupe models. Besides having a bigger boot it also offered more luxurious carpeting as well as an over-engineered front seat vacuum locking system which locks the backrests from folding when the engine is running and the doors are closed. There is also a button on the rear panel to unlock them any time, just in case, of course. 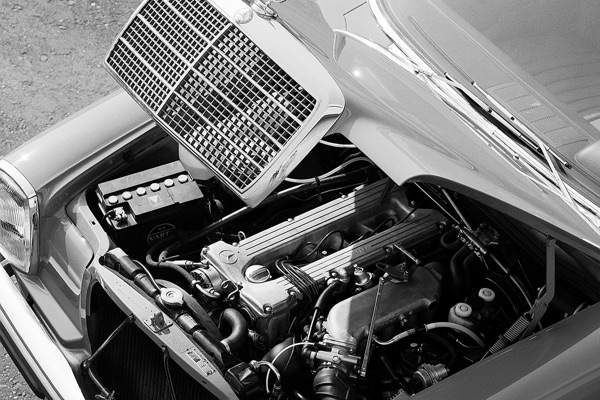 The top of the range 2.8l engine
© Mercedes-Benz archive 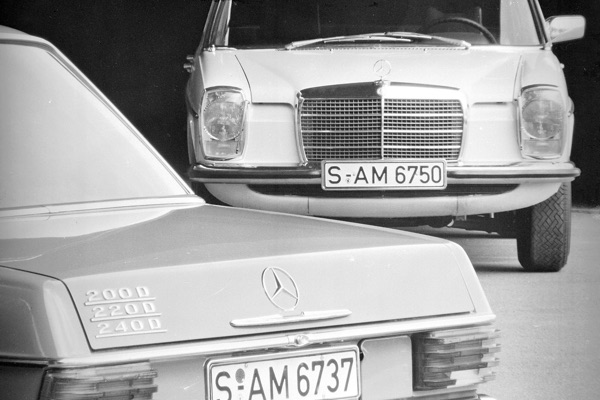 In 1973 the W114/W115 was face lifted with small changes like a lower bonnet-line, a simpler front bumper with single piece design as well as a new front grill. The quarter-windows in the front doors were removed and most noticeably this is where the signature ribbed tail lights come in. They were designed this way to minimize dirt accumulation. The interior was upgraded with inertia reel belts and the not so classy four-hole design steering wheel. 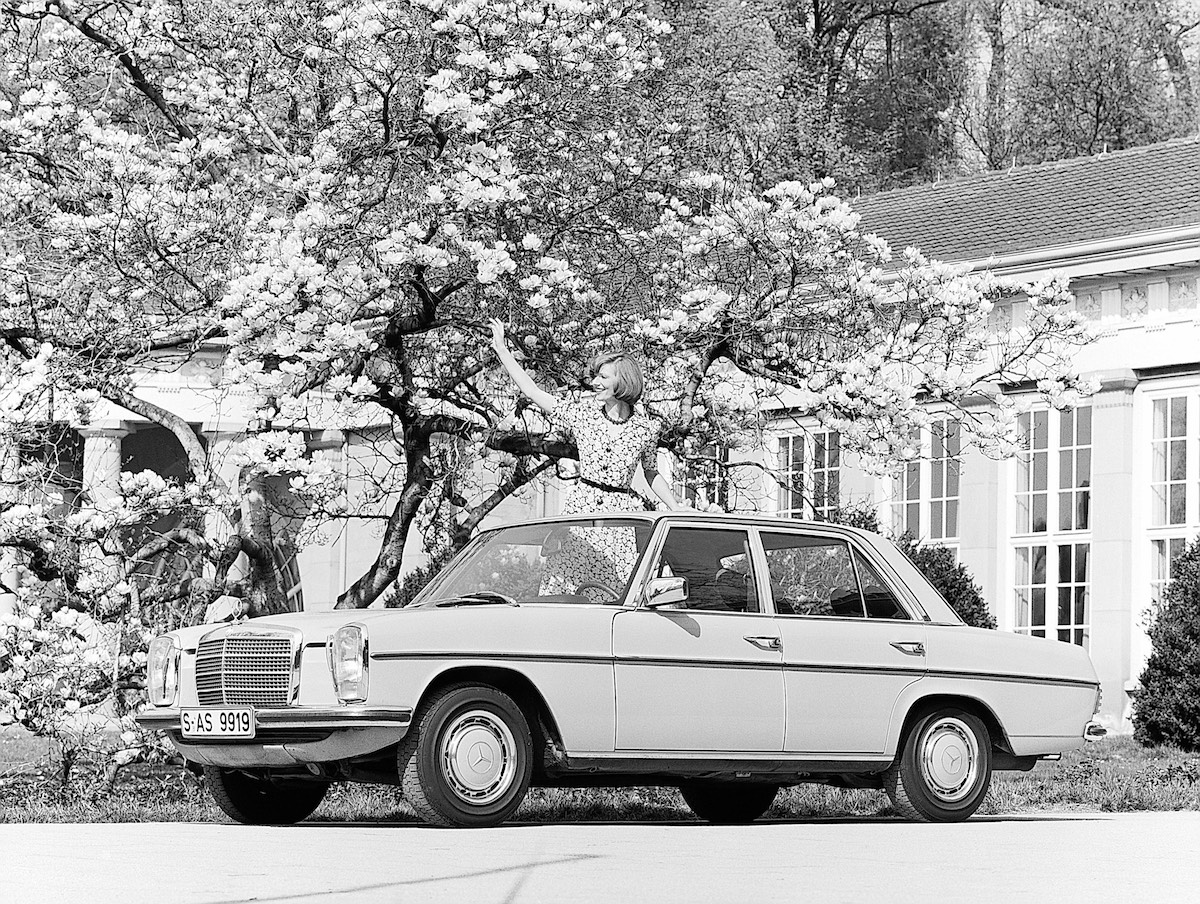 Probably the biggest highlight regarding the "Strich acht" which pretty much explains Mercedes durability reputation is the story about the Greek taxi driver. He covered 4.6 million kilometers in his 1976 Mercedes 240D. After this lengthy shift there was even enough car left to be donated to the Mercedes-Benz museum collection in 2004. This is the all-time Mercedes mileage record. 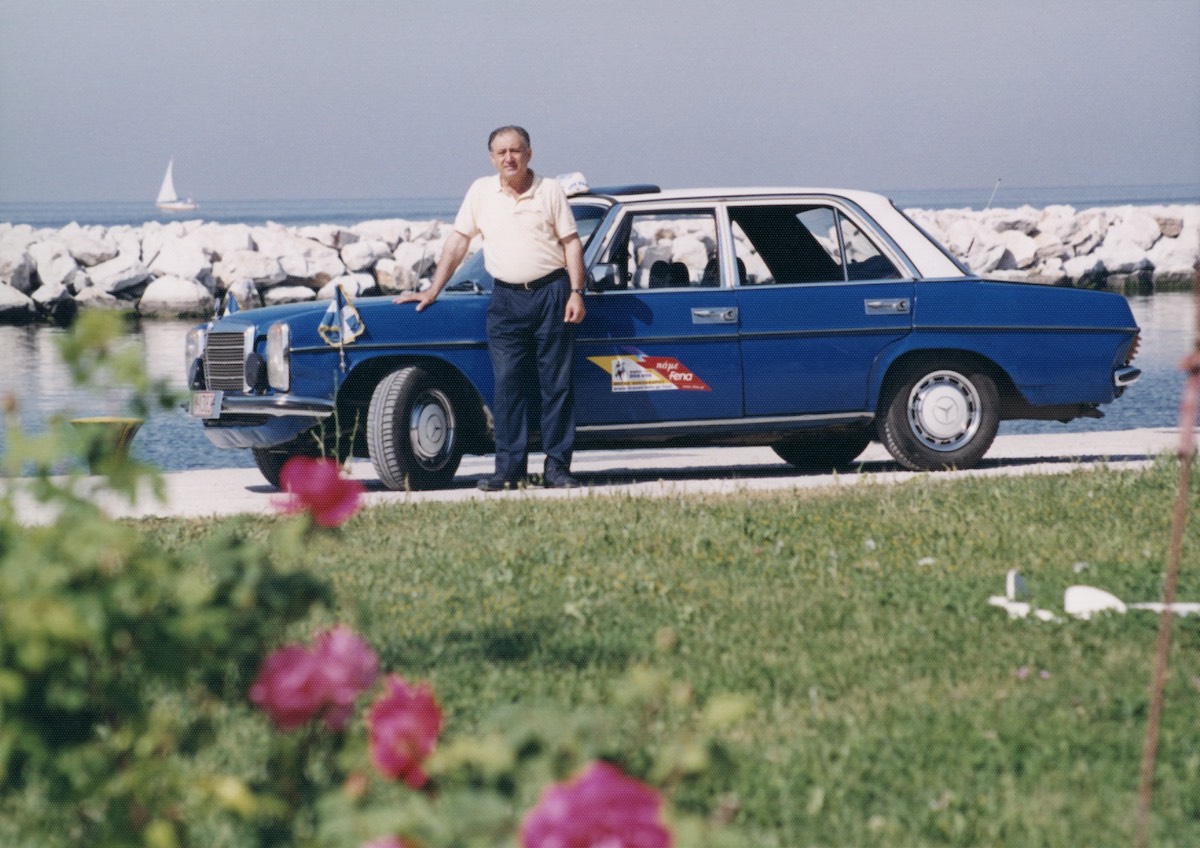 If you are thinking of becoming a taxi hyper-miller or just looking for a useable classic Benz, here are a few things to keep in mind. Between 1968-1976 there were 1,919,056 W114/W115's built, 67,048 of which were coupes. Lots of these cars have rusted away or are on the edge of doing so. Therefore, that's the most important thing to be looking at - bodywork. A good check is needed on the classic rusting bits like the arches and the side skirts but places like the sunroof, boot floor, C-pillars and front fenders over the headlights also need a good inspection. Diesel engines with manual gearboxes will probably be easier to live with. Petrol cars might require more "tinkering" and the automatic gearboxes have to have the vacuum system intact for proper shifting. 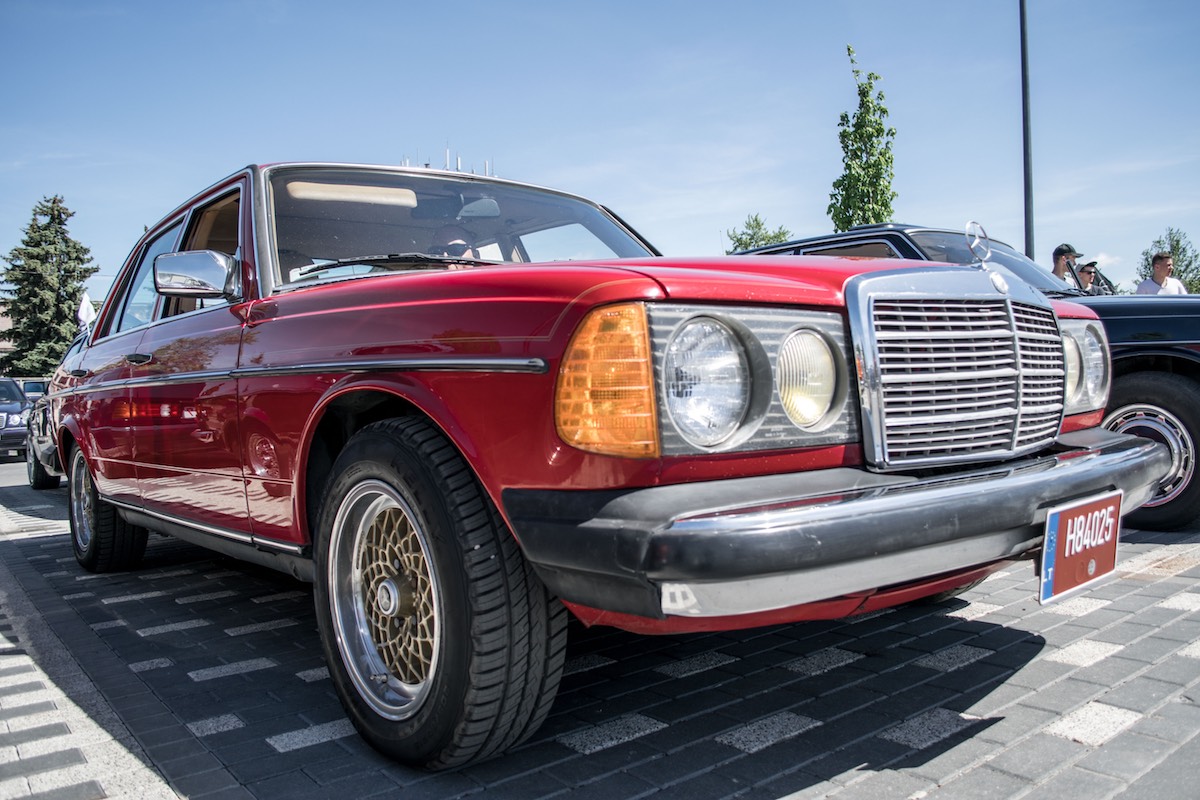