Paul Bracq: the Frenchman who Created Impressive Cars for Mercedes and BMW

Every automotive designer has a vision and a goal that he or she would like to achieve while working at the design department for a particular marque. Although many new designers who have just started at a job strive to change the face of certain brands, manufacturers' long-standing traditions and desire to adhere to certain rules push many ambitious designers to move to another company where they are given more freedom.

People working at the design departments for the Alfa Romeo, SEAT, Jaguar or Lamborghini brands will always have more freedom to express themselves. Purely because the cars produced by these brands must look impeccable; they want to demonstrate the extravagance of the designers and the most unusual ideas. In addition, their management is not afraid to experiment.

Meanwhile, stringent rules are the law of the land at the design departments of German automotive manufacturers. Radical ideas are told '"no", because Audi, BMW and Mercedes-Benz all adhere to a very strict policy of design continuity. Experiments are only tolerated in developing concept cars, while the final product must remain conservative, elegant and discreet.

Nevertheless, looking at the evolution of the cars produced by Audi, BMW or Mercedes-Benz, we can see that the best-looking cars were made when a talented designer from Italy or France contributed to their creation. The B2 Audi 80 was the work of Giorgetto Giugiaro, the BMW E12 was designed by Marcello Gandini, and the Mercedes-Benz W115 was created by Paul Bracq. It's the work of the latter that we'll focus on here. 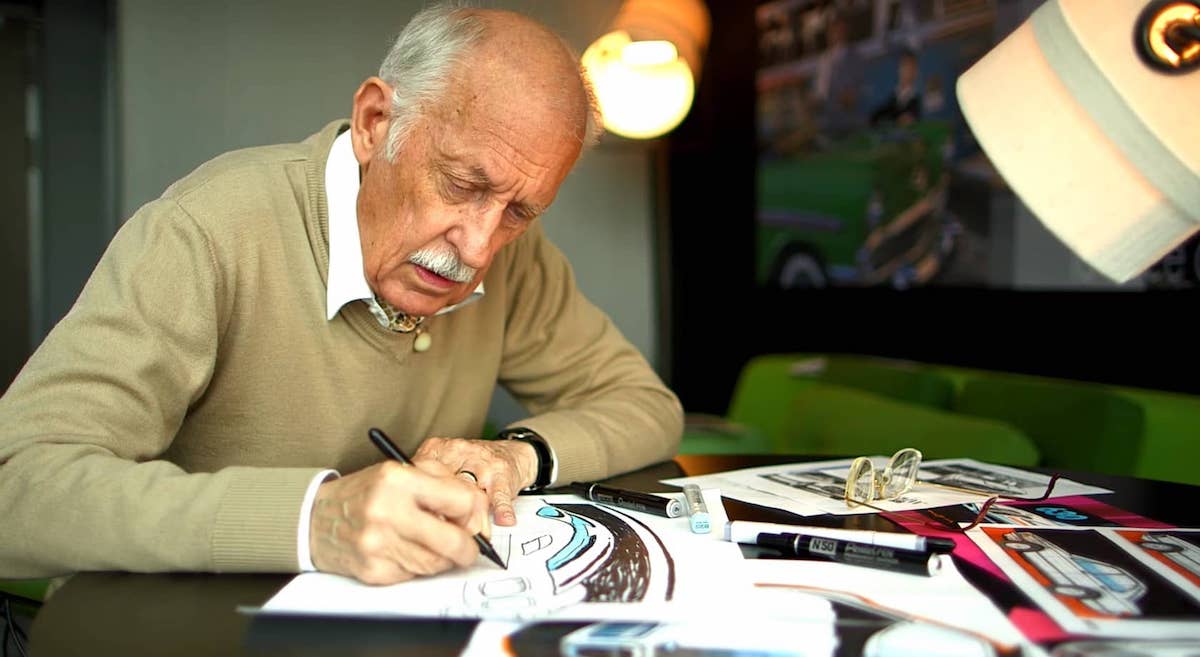 Paul Bracq is an automotive designer who was born on 13 December 1933. Though unknown to many car lovers, he contributed significantly to the face of the Mercedes-Benz, BMW, Citroën and Peugeot brands.

Paul's career began in the design studio of Philippe Charbonneaux, where he worked as an assistant. In two years working in what was not the highest-ranking position, Paul Bracq managed to contribute to the creation of the Citroën designed to carry the president of France.

At the end of 1954, Paul was drafted to serve in the French army. Without looking for a way to avoid conscription, Paul served his country until the beginning of 1957.

Who could have thought that this young man who had served in the army would soon become the designer for one of the most prominent companies around. In the spring of 1957, just after returning to civilian life, he was invited to work for Mercedes-Benz. This is where a new stage of cooperation between Paul and this brand began, which we will look at a bit more in depth.

First projects - the Mercedes-Benz W108 and the Pagoda

Having made his way into the Mercedes-Benz design department, the talented young man first contributed to a few insignificant projects and helped higher-ranking colleagues; however, the executives at Mercedes-Benz saw huge potential in him and offered him his first personal project in late-1960.

While Paul's colleagues slaved over the 190 SL model, the designer from France worked on his first creation – the W108 sedan, whose successors evolved into the S-Class and became the very best luxury sedans in the world. 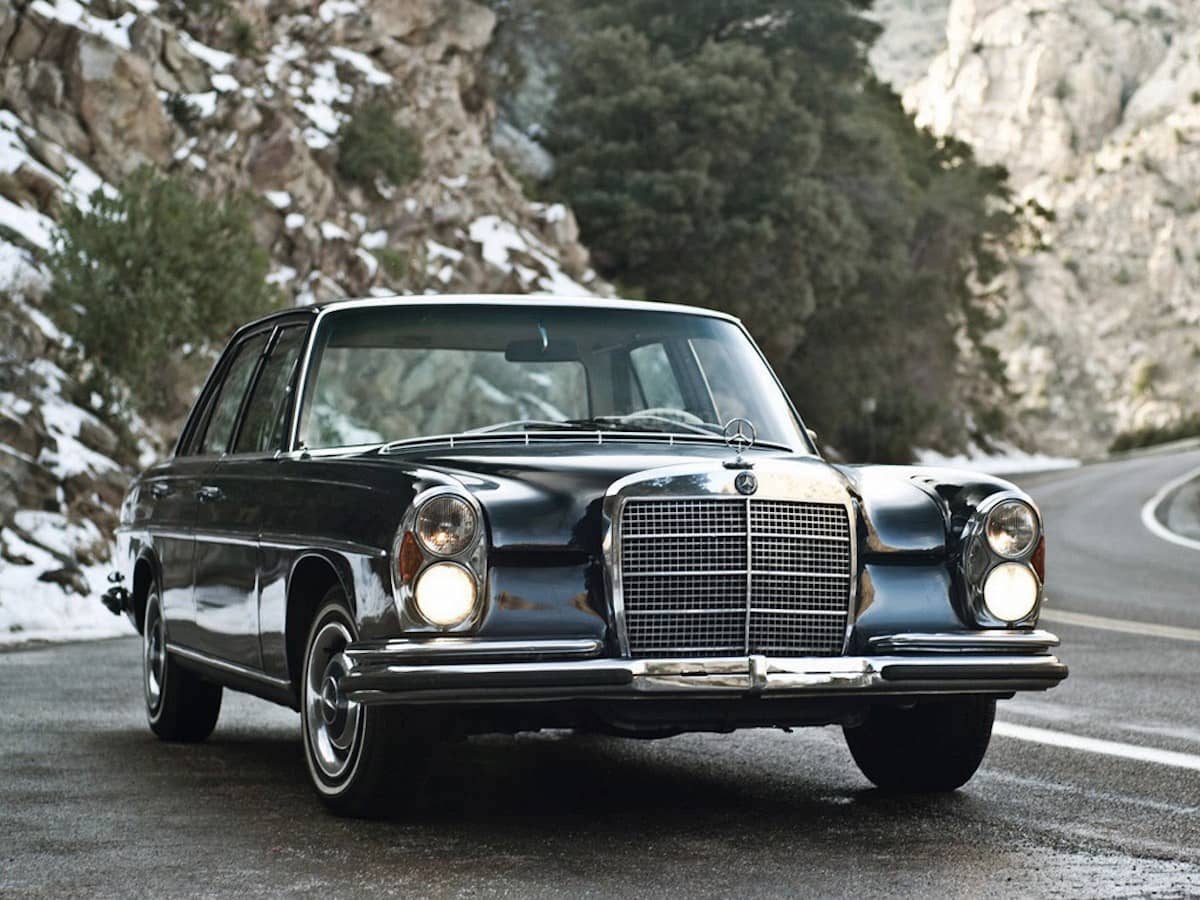 In developing the new model, Paul drew inspiration from the desire of Mercedes-Benz executives to maintain a similar but not identical face for the car. Looking at the front of the W108, you'll see similarities to the 190 SL. For example, the vertical shape of the headlights, the rounded, muscular fenders, and the narrow tail lights. 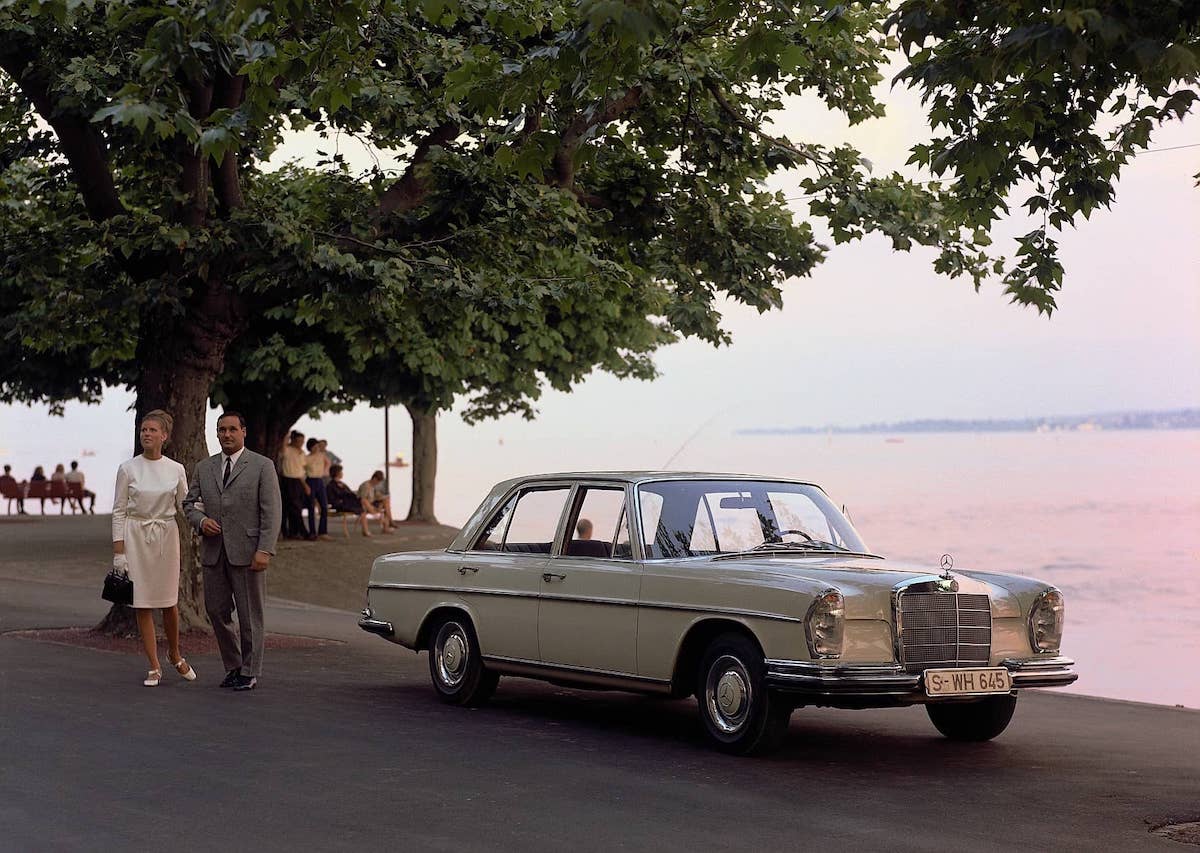 The next step was the creation of the 230 SL Pagoda, which was a complex task with many challenges. It wasn't creating the car itself that was the most difficult, but rather – finding a formula worthy of the successor to the 190 SL.

The designations for the new series of models were the 230 SL, the 250 SL and the 280 SL. Compared to the model that was previously produced, the new one looked more elegant, longer and wider. This can be attributed to the unusual body proportions, which created one of the most beautiful car silhouettes ever. 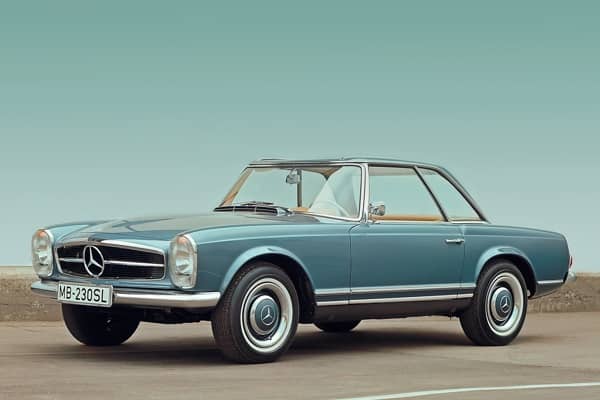 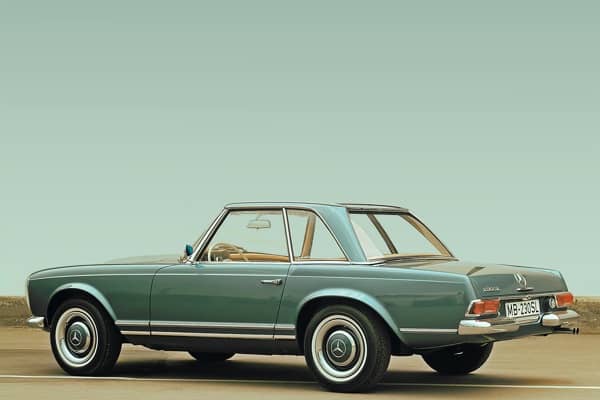 After designing the marque's most luxurious sedan, Paul Bracq was given a new task – creating a cheaper but not inferior mid-sized sedan that would appeal to drivers around the globe.

The new model became part of the E-Class lineage, and was incredibly popular worldwide. From 1968 to 1976, Mercedes-Benz sold nearly 2 million units of the W114, which were often used as taxis. 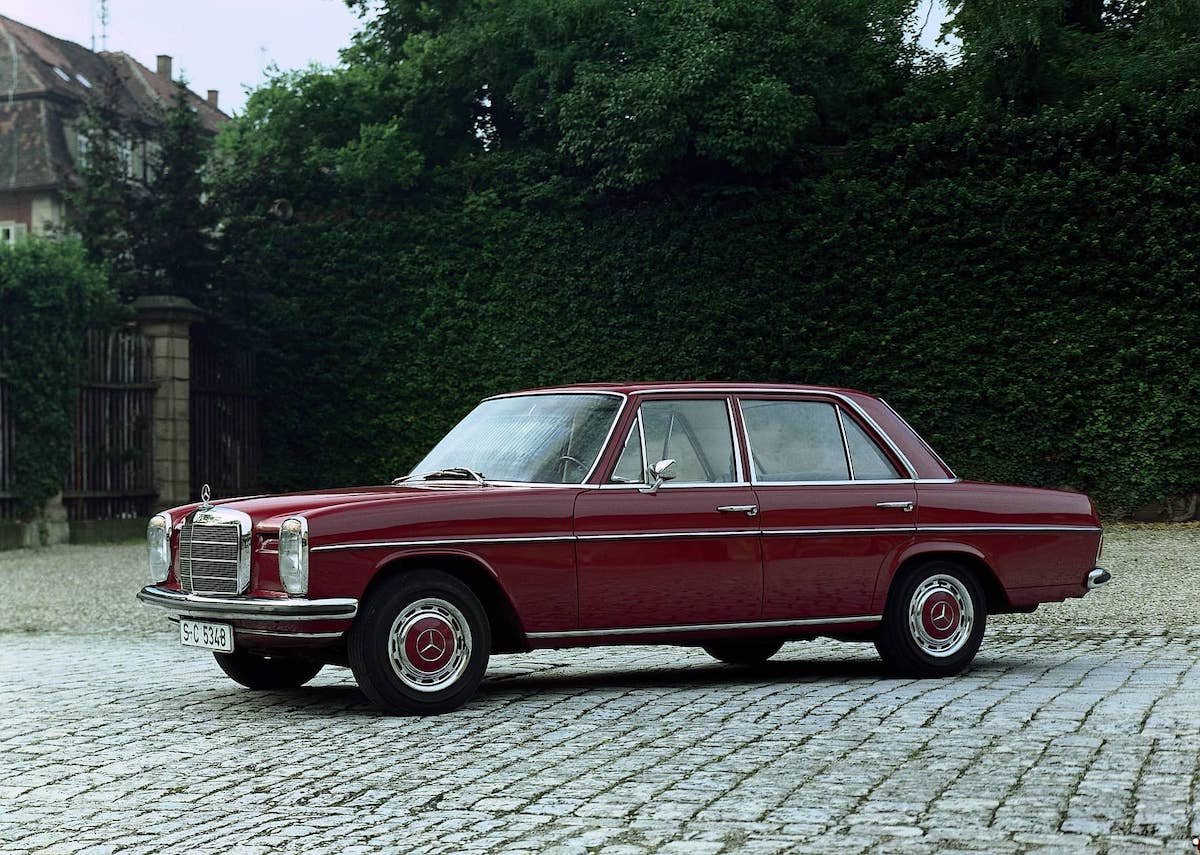 Not one to complain of a lack of productivity, the designer began development of the impressive Mercedes-Benz 600 Pullman model in mid-1961.

This was the most ambitious and expensive Mercedes-Benz project ever. The original idea was that the 4-door sedan, the 4-door limousine, the 6-door limousine and the landaulet would all be produced at the same factory. 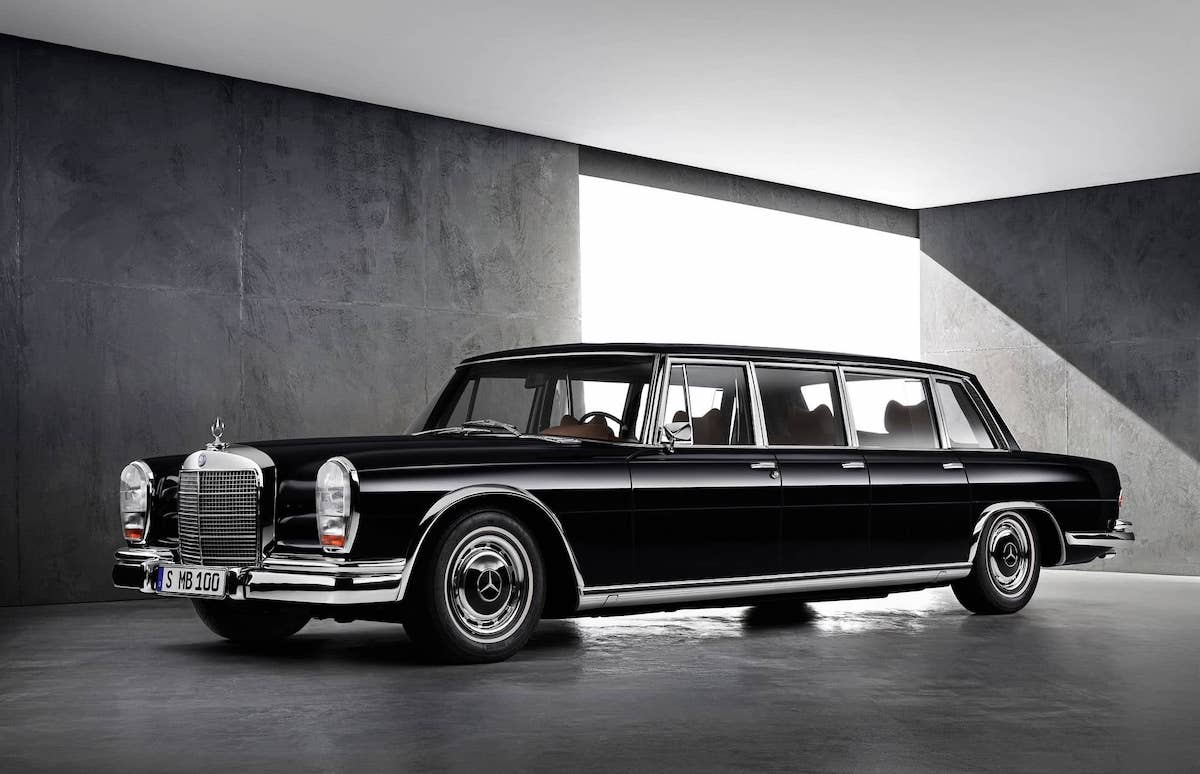 Paul, taking the purpose of the car into account, was not a slave to the design trends of the time. Instead, he adapted the design elements seen in the W108 and the W114, polishing them and presenting them like a golden nugget.

Some of the richest people in the world showed enormous interest in the car at the 1963 Frankfurt Motor Show. Among them were savage dictators from around the world who fell in love with the Mercedes-Benz at first sight.

After 10 years with Mercedes-Benz, the French-born designer decided to change his surroundings and moved to the headquarters of its rival – BMW. 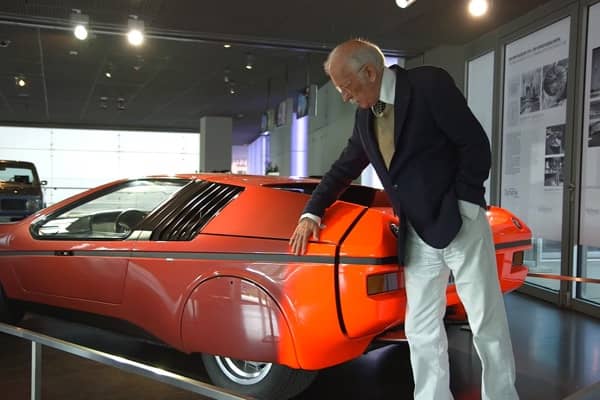 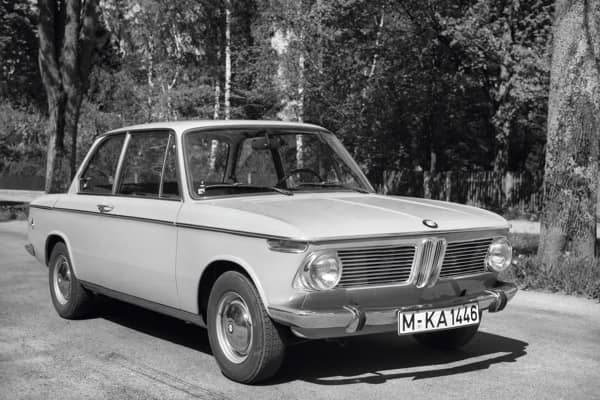 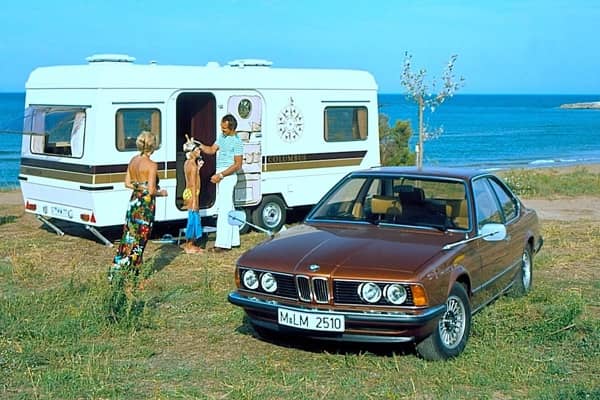 As the chief designer at BMW, Paul Bracq developed models such as the BMW 1600ti, the BMW Turbo concept (later its design theme was used for BMW M1 supercar), the BMW 7-series (E23) and the 6-series (E24). But as time went by, Paul began to miss France, where he was born, grew up became a top-notch specialist. 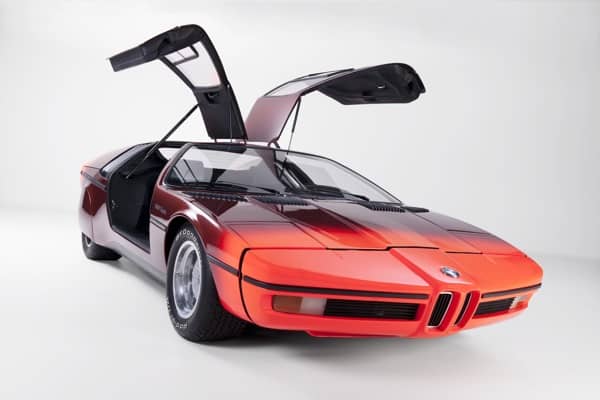 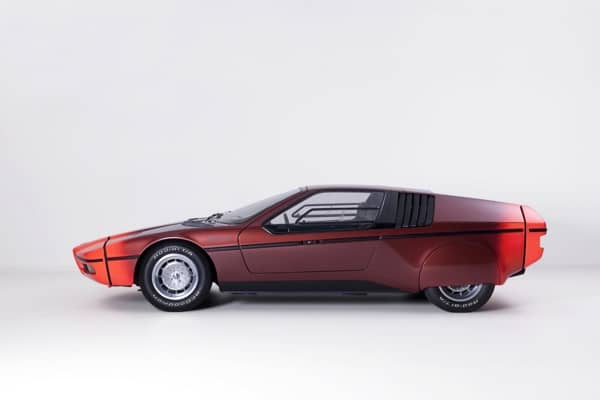 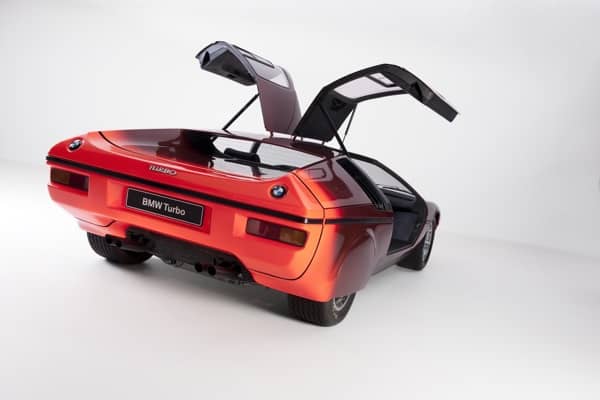 Ready for some serious changes, Paul decided to return to his homeland, where he soon found work at Peugeot. At the time, this was one of the largest automobile manufacturers in Europe.

Once he began working at the Peugeot design department in 1974, the designer quickly began to pump out successful projects that allowed Peugeot to become a world-class manufacturer.

Paul ended his career as a professional designer in 1994. Yet even in retirement, he hasn't strayed far from the automotive world. He is now also a member of the Concours d’Elegance Committee.