A Street Racing Legend from Japan: The Toyota AE86

Most people reading this will probably know what this car looks like and that its price seems unjustifiably high compared to other hatchbacks that are about the same age. This article is about how the car reached the price level it did and why it has been dubbed the drift legend.

The Toyota Corolla AE86 that was made from 1983 to 1987 goes hand in hand with one person – Keiichi Tsuchiya. Always smiling, this Japanese is one of the main reasons why a regular Corolla became the most popular drift car in the world, and is now neither cheap nor easy to find. So before telling the story of the AE86, a bit has to be mentioned about Keiichi first. 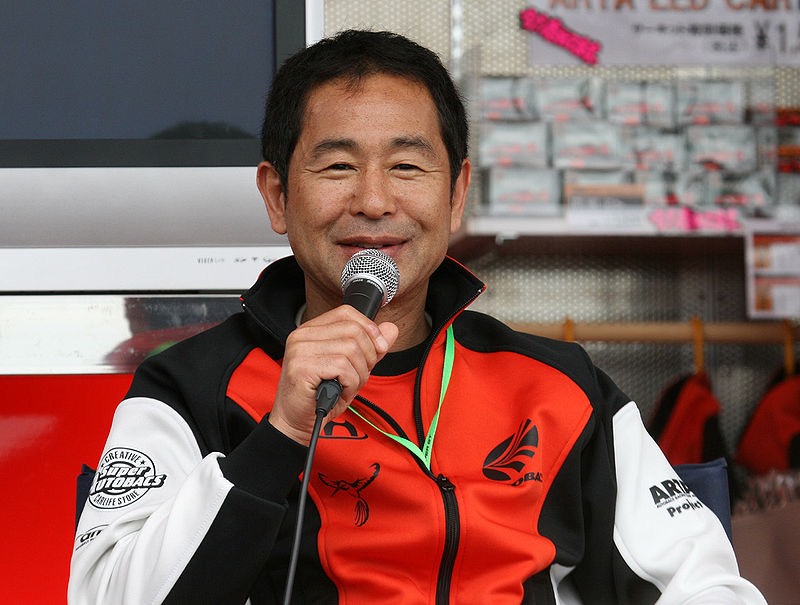 Keiichi praised this car for its excellent handling, weight distribution and suitability for drifting, and the Toyota quickly became the most sought-after car on the Japenese drift scene, with its popularity gradually spreading elsewhere. With drift cars becoming more powerful in the last decade, people started putting larger engines from other cars in the Toyota AE86; however, with the growing popularity of V6 and V8 motors that simply don't fit under the bonnet, the AE86 has gradually stepped out of the spotlight. Another reason is the crazy price that these models are now going for. 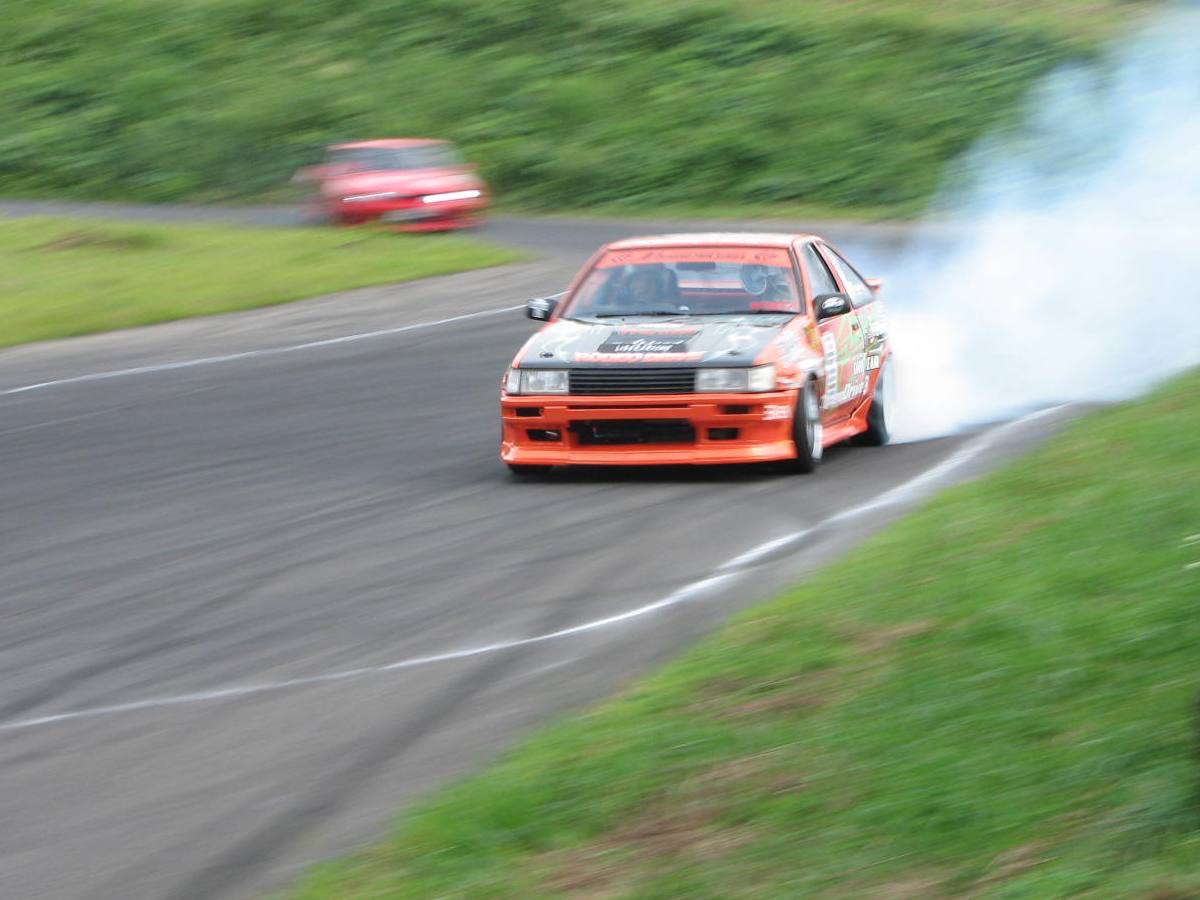 Keiichi Truschiya was more than just an amateur drift driver – he also had some decent accomplishments in professional motor sport, such as a class win at the 1995 24 Hours of Le Mans in a Honda NSX and 2nd overall in 1999 with a Toyota GT-One. He even tried his hand at NASCAR, albeit in exhibition races that were held in his homeland.

Yet his attitude towards motor racing is best summed up by what is probably his most famous quote: "I drift not because it is a quicker way around a corner, but the most exciting way." And the Toyota AE86 was the ideal vehicle for turning this attitude into reality.

So let's move from Keiichi's story back to Toyota – after all, this article is about the car. First of all, what does AE86 stand for? The "A" represents the engines that are put in the cars in the factory: the 3A and a few different modifications of the 4A. "E86" means that it is the sixth update of the fifth generation Corolla (the E80 series).

It's worth mentioning that at the beginning of production in 1983, two different bodies were placed on the AE86 base: the Toyota Corolla Levin and the Toyota Sprinter Trueno. From a technical point of view, they were identical, and their only visual difference was that the Levin had standard rectangular headlights, while the Trueno had retractable ones. True, the Toyota Sprinter was exclusively sold in the Japanese domestic market – in other markets, both the Levin and the Trueno were called the Corolla. 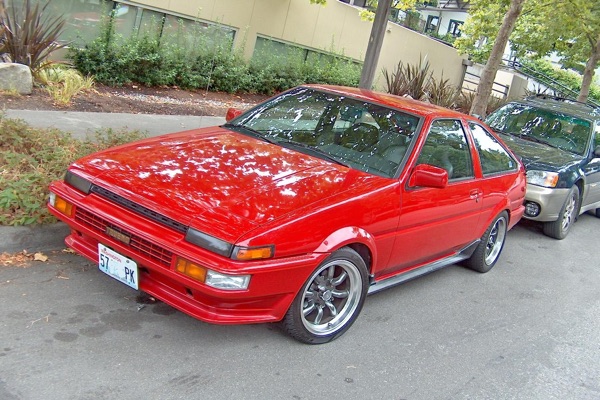 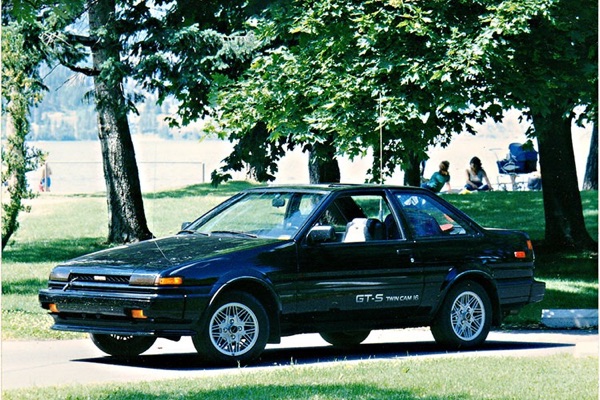 The Levin and the Trueno AE86 were both available in two body styles: a three-door hatchback or a two-door coupé. Over the entire production run (1983–1987), the only change was made in 1986, when the tail lamps were replaced for both bodies. The models sold in 1983–1985 are referred to as "zenki", and the models sold after the facelift in 1986–1987 are called "kouki".

Now a bit more about the engines that made the wheels on what was then the most popular drift car in Japan turn. The AE86 was available on the Japanese and European markets with the 4-cylinder, 1.6-litre 4A-GE DOHC engine that had a power output of 97 kW and 140 Nm of torque. Power was transmitted to the wheels with the help of a 5-speed manual gearbox, and the option of an automatic was introduced later. Limited-slip differential (LSD) was offered as optional equipment. It's worth mentioning that the same engine was also used in the first-generation Toyota MR2 (AW11). 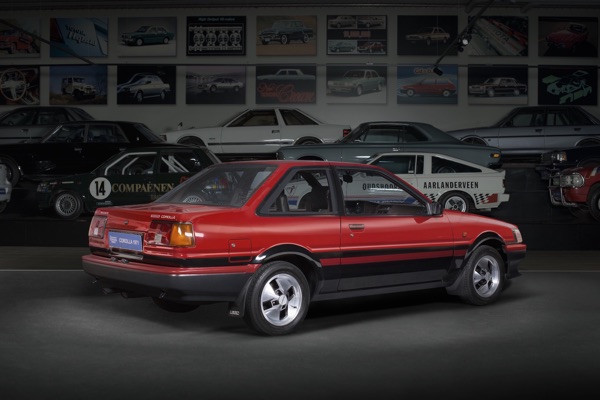 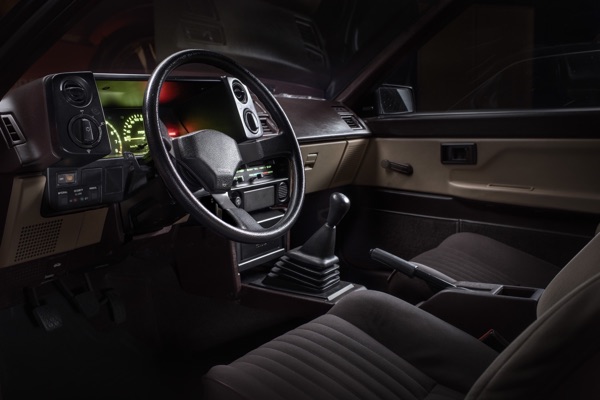 With the emissions regulations that were in place at the time, the North American market got a bit short-changed, getting a slightly modified 4A-GEC engine mounted in the AE86 Corolla GT-S with 84 kW and 136 Nm. Another option was the SR5 modification with a 1.6-litre 4A-C engine that generated 64 kW and 115 Nm. Like in other markets, the GT-S came with optional LSD – with original modifications, these versions are the most valuable in today's second-hand market.

Yet to be mentioned is the weakest engine – the 4-cylinder 3A-U, with 61 kW and 118 Nm. Given, models with this engine are called the AE85, even though they are externally identical to the legendary AE86. Today their value is much lower, since it would be impossible to refit a more powerful engine as a bolt-on. 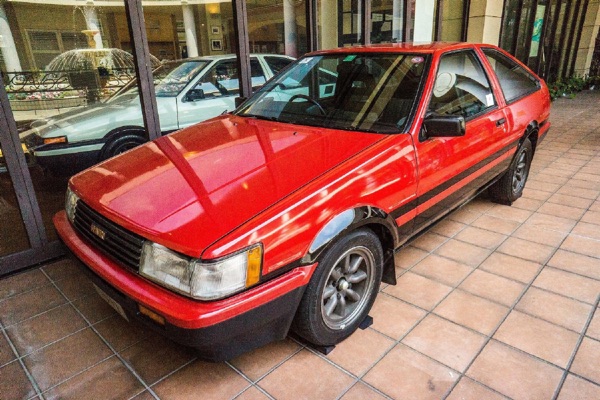 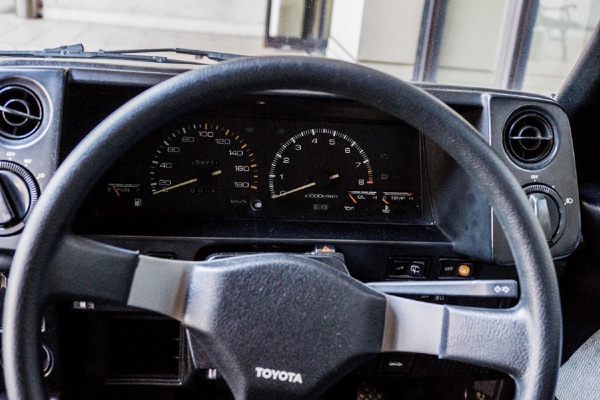 You don't have to look far to find the reasons why this car is so popular for drifting and – when it just came out – in rallying as well: its rear-wheel drive transmission with LSD, light curb weight (~ 900 kg) and good balance, 5-speed manual gearbox, ventilated disc brakes, MacPherson strut style independent suspension, stabiliser bars at both ends, and most importantly – the durable, relatively powerful and easily upgraded 4-cylinder engine.

These features led to the AE86 becoming one of the most popular street racing cars in Japan. Given, "street" might not exactly be the right word here – "touge" (racing through narrow, winding mountain roads) would probably be more appropriate. With its short wheelbase and weight distribution, the AE86 was perfect for drifting on tight roads in hilly areas with a lot of sharp turns.

Today you can get an AE86 in decent condition for EUR 10–15,000, when five years ago the price wouldn't even have been five grands. The most valuable models are the more powerful ones that were made for the Japanese market and had LSD – a rarity in cars from that era.