If you were a car fan during the late 1990s to mid-2000s, then you’ll remember that Japanese car culture was everywhere at that time. It was the plotline behind the cult anime classic, Initial D, and JDM-tuned Toyota Supra A80s and Nissan Silvia S15s featured heavily in the early days of The Fast and The Furious franchise.

Oh, and if you didn’t turn your thumbs red by trying to tame the porcine handling, 985bhp Suzuki Escudo Pikes Peak on Gran Turismo 2, then - let’s be honest - you weren’t doing Gran Turismo 2 properly, were you?

Yet whilst the aforementioned TV shows, anime, and video games introduced Japanese car culture to an entirely new, global audience the rise of social media in the latter years of the last decade significantly blurred the lines between what defines JDM culture, and what defines Japanese motorsport.

To help separate Japan’s two distinctive car cultures, Dyler spoke to Samuele Maestroni, the founder of the Japan Racing World Instagram account. Since the start of 2020, the 23-year-old Italian’s account has amassed the best part of 10,000 followers largely thanks to his love of the largely-undiscovered Japanese motorsport scene…

Separating Fact from Fiction in The Online

Yep, that’s right - unchecked facts are also a thing in the car world. Who’d have thought that?

“The main reason I started Japan Racing World was to spread the word about Japanese motorsport culture and the history behind it, really,” he explains. “Don’t get me wrong, things like Gran Turismo, Initial D, and The Fast and The Furious really helped open things up to new fans, and I think that’s great.

“However, the downside to this is that there has been quite a lot of blurring reality to make the plots of these shows and Initial D is a good example of this - when it came out, the main car in the show was a Toyota Corolla AE86. Whilst a lovely-handling car with its front-engine, rear-wheel drive layout, it wasn’t a rare car when it came out at all. However, its unbeatable-status throughout the whole Initial D series is why it got pretty much a “second youth” and became a global cult classic amongst classic car and JDM enthusiasts over the last 10 years or so. 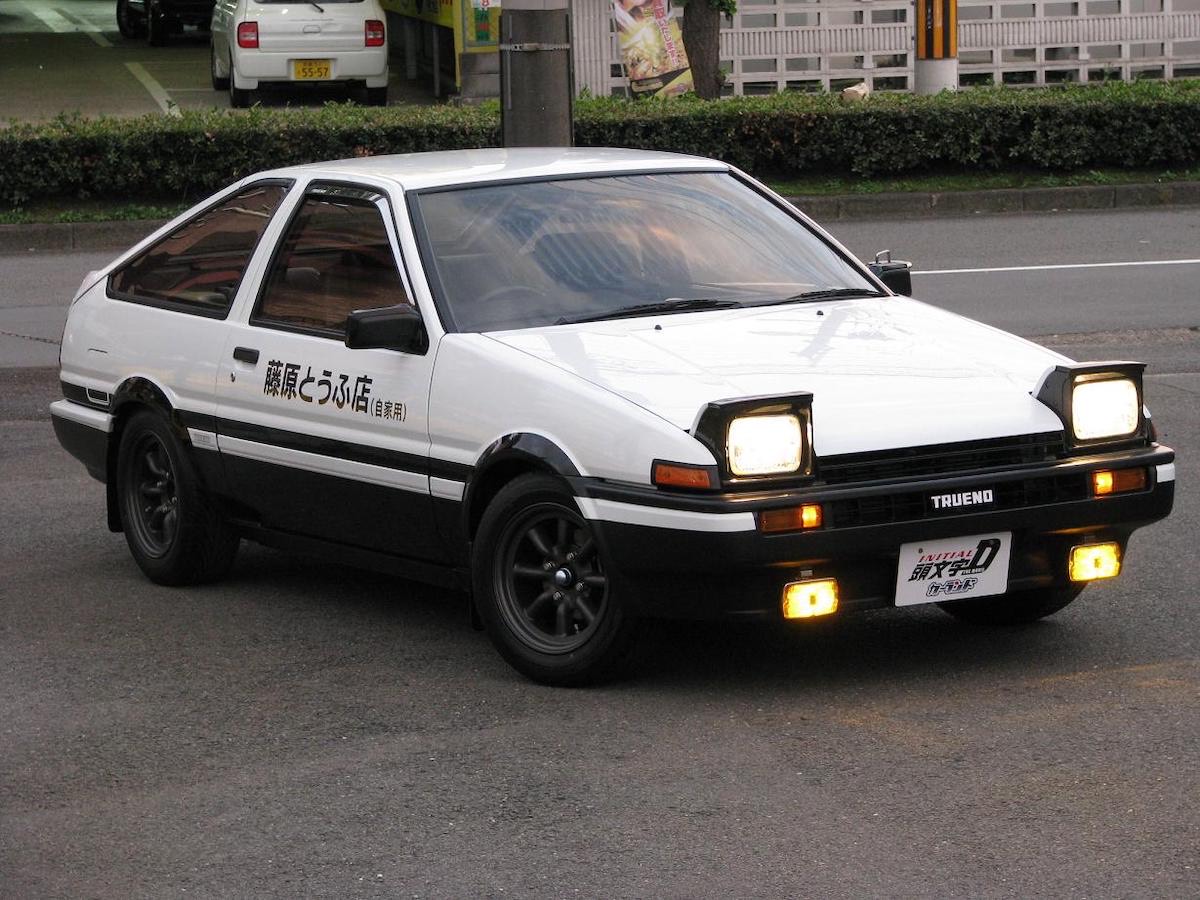 Iconic and desirable largely due to its starring role in the popular Initial D anime series, the Toyota Corolla AE86 is a JDM classic
© Hachi Roku 2.0

“Don’t get me wrong, when I talk about disinformation, I don’t mean “fake news” or whatever,” he is keen to stress. “It just seems that some JDM fan accounts think that posting a picture of a much-loved Japanese car or one of those done-to-death memes about which engine is better is enough of an insight into Japanese motorsport culture, but it’s simply not true, because JDM and Japanese motorsport are two massively different things.”

“When I started this whole project, it was to try and give something back to motorsport fans - even those who necessarily didn’t know anything about the Japanese scene - could take something away from. That’s also why I chose Instagram for Japan Racing World, because I prefer that I can write lengthy posts that won’t get lost in the Facebook echochamber, or are restricted by character limits as they would be on Twitter.”

Samuele’s love for the Japanese racing movement makes him somewhat of a rarity amongst European motorsport enthusiasts.

How European and US motorsport can learn from the Japanese scene

Since our conversation, we have kept in touch and during race weekends - whether that be Formula 1, DTM, WEC or anything else circuit based - he’s not shy to give his take on events such as the Hamilton/Verstappen incident at this year’s British Grand Prix. Or Valterri Bottas’ best impression of a bowling ball a fortnight ago. Or the absurdity behind the quite frankly mind boggling Balance of Performance regulations in the WEC.

“I’d say that whilst the JDM scene has its eyes firmly set on the golden era of the 1990s, then Japanese motorsport - as in circuit racing - is something far more progressive than what we have right now in Europe, and I cannot think of a better example than the Super GT championship,” he says. “Super GT - or the All Japan Grand Touring Car Championship - came about after the JGTC Group A and Group C categories died in the early 1990s, and I think it’s a series that in Europe especially, motorsport could learn from.”

It’s clear that the man behind Japan Racing World is a big believer that motorsport should be about competition rather than virtue signalling, and I get the impression that he is almost staggered that Japanese motorsport is not mentioned in the same breath as similar racing series in Europe and the United States.

“Many motorsport fans across Europe and the US still consider the Japanese movement to be a step behind what they have, and I really, really don’t understand why,” Samuele continues. “Like I said, my favourite motorsport category is hands down Super GT, because for me, it really has that true competitive spirit that’s missing in a lot of motorsport categories these days - the engines are powerful and noisy, and there’s a “tyre war” going on between the tyre manufacturers participating and not just the car makers; the cars look aggressive, and where there’s only eight races per-season, they are developed all the way through!

“For me, though, as a motorsport fan, I really appreciate the absence of gimmicky things like push-to-pass in IndyCar or DRS in F1 or last year’s DTM. Each race is all about racing as hard as you can, and I think the idea of “the fastest driver deserves to win” is how racing should be.

Samuele is also keen to point out the differences in attitudes held by series organisers in Europe - not in the US, their event/fan interaction levels are “next level good!” - and Japan. According to our guest, Super GT fans (in pre-COVID times) could enjoy a “Circuit Safari” where fans board a bus whilst the competing cars are on track as well. Not racing, obviously, but imagine Formula One Management organising something similar around Spa. Or Monza. Or anywhere else.

“I honestly think that Europe has a lot to learn from Japanese motorsport,” he admits. “The championship organisers have a goal which is to produce an unforgettable experience for the fans on and off-track to ensure they come back.

“In my experience, I find that the Japanese scene doesn’t come with the snobbery that European fans seem to have towards newcomers. Where we are, there’s sometimes a hostility towards newcomers to a championship, and the more established fans think they have some kind of “divine right” to defend their motorsport knowledge from these “profane” new fans, if I may use a historical parallel.”

Jenson Button isn’t the only F1 driver to have been drawn in by the allure of Japanese motorsport, with ex-McLaren man Heikki Kovalainen joining the Lexus-turned-Toyota backed SARD team back in 2015
© Toyota Gazoo Racing

The conversation with Samuele has been fascinating, and it’s refreshing to know that we both share a mutual belief that ‘Car Instagram’ is a far healthier, inclusive place than ‘Car Twitter’.

Yet whilst engrossed in this masterclass of Japanese motorsport, the most important question almost slips my mind - what was the gateway car, livery, and driver combination that drew this massively knowledgeable individual who should be a dyed-in-the-wool Tifoso to the Land of The Rising Sun?

“Well, I’ve been a Nissan fan for as long as I can remember and I love absolutely every single model of theirs. I think if I had to choose, it’d be the Skyline R33. Whilst it wasn’t as successful as its predecessor - the Skyline R32 or ‘Godzilla’ - the R33 still won almost every category it competed in from the JGTC to Group N. It also formed the base for two of the most incredible Nissan race cars ever made, the GT-R LM and the 400R. 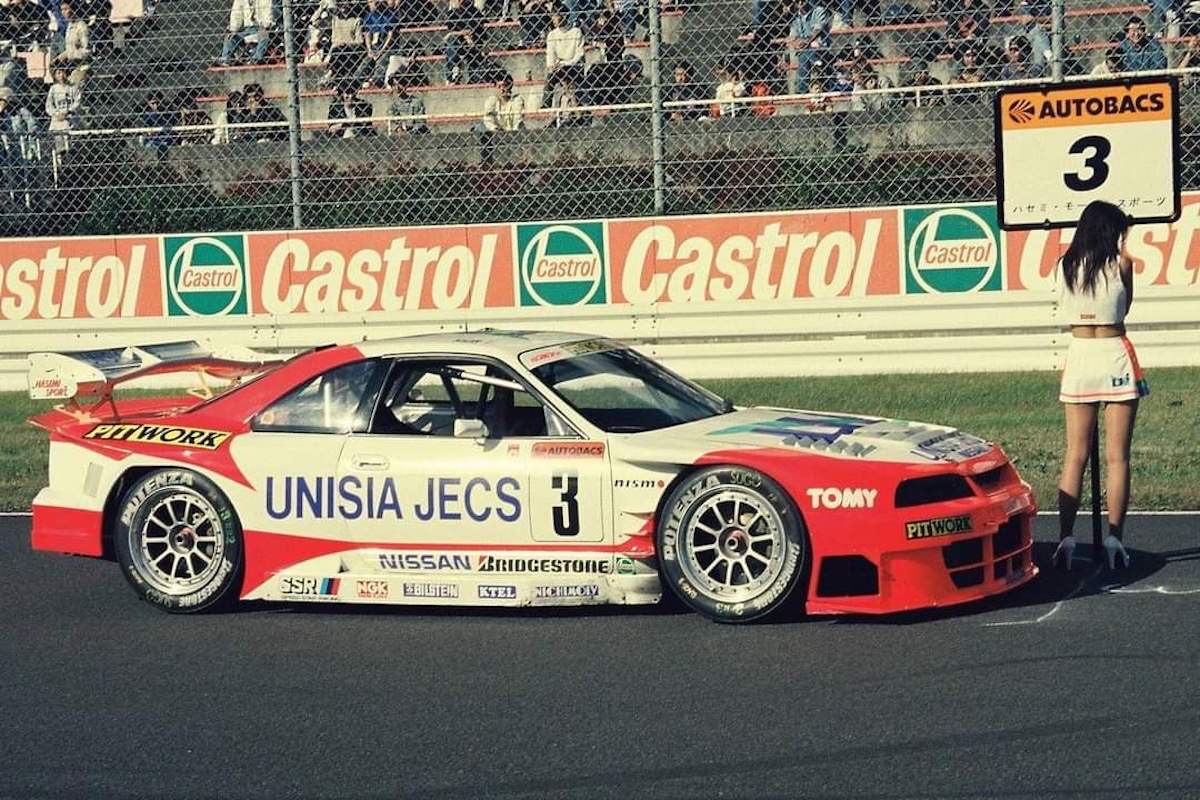 “I couldn’t really choose a livery, because there’s so many iconic ones like the HKS and Calsonic R32 that almost everyone knows, but one I’m very keen on is the Unisia Jecs one used by Hasemi Sport. It’s always been associated with the team run by Masahiro Hasemi, his team, and Nissan. It’s become a bit of a modern classic amongst fans in recent years.”

Well, you can start off by following and supporting Japan Racing World by clicking here. The other thing you can do is watch the next round of the Super GT championship on August 22 at Suzuka by following this link.

Click these three words to take a look at the Japanese cars listed on Dyler, and don’t forget that you can find all of the race cars for sale on our site listed here.