A Minivan Powered by Formula 1 – The Renault Espace F1

Manufacturers develop two types of vehicles: production cars and concept cars. While the objective of a production car is to win over customers' hearts and the key factor that dictates the model's success is that last line on the spreadsheet that shows the amount of profit (or loss), it's a bit different with concept cars. This is where the imagination of the manufacturer's engineers and designers comes into play, and sometimes completely outrageous ideas become reality.

One of the craziest car manufacturers is Renault. If the French dared to make a regular hatchback rear-wheel-drive, cram a V6 engine into its boot and put it into mass production, you can only imagine what concepts the engineers can create. In 1994, one of those concepts emerged in reality – the Renault Espace F1. 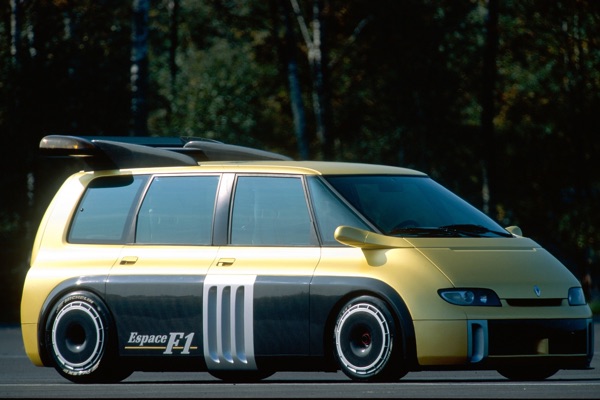 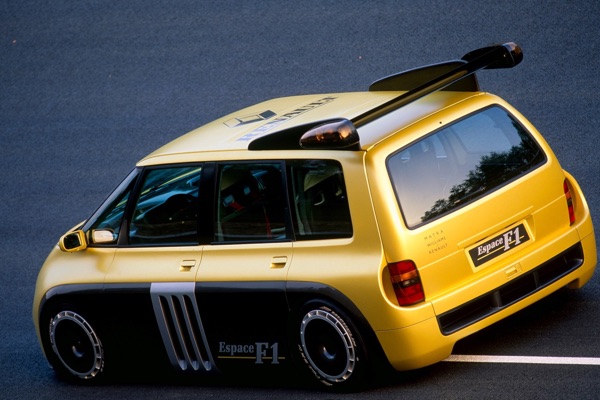 Even today, the Espace is known as a pioneer in the minivan segment. With seven seats, the model changed the concept of family trips and the definition of a practical vehicle. However, to celebrate the tenth anniversary of the Espace, the French created a different version that only sat four. And, using their experience in Formula 1 and the technology used there, they created an exclusive model: the Espace F1.

From the outside, the vehicle looked like a regular Espace, but inside, it had practically nothing in common with the minivan. The vehicle used a unique platform that came about by combining a traditional carbon fibre-reinforced Espace J63 series body with a lightweight F1 style chassis that was also made of carbon fibre. 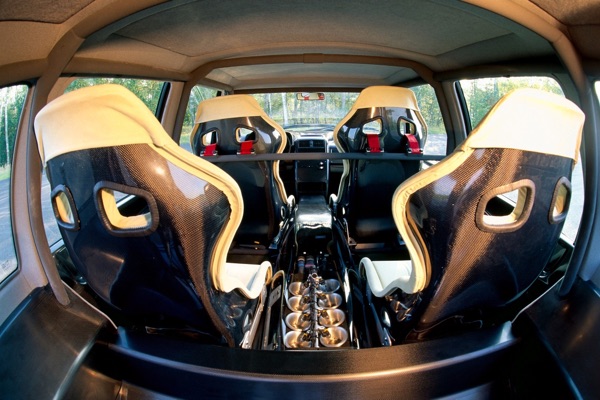 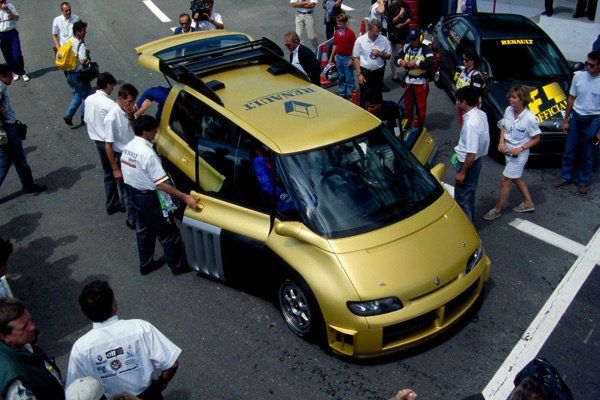 The engine and transmission allowed the Espace F1 to accelerate from 0–100 kmh in 2.8 seconds
© Renault archive

The engine was the 800 PS, 3.5-litre Renault RS5 V10 that was used in the 1993 Williams-Renault FW15C. Incidentally, this engine had a standard rating of 700 PS, but it was upgraded specifically for the Espace F1 model.

The combination allowed the "minivan" to accelerate from 0–100 km/h in 2.8 seconds, and from 0–200 km/h – in 6.9. The vehicle had a top speed of 312 km/h. These are impressive figures for any car these days, but that's not even the all of it. The carbon ceramic brakes that the Espace F1 was fitted with allowed the vehicle to perform the 0–270–0 km/h test in under 600 metres. 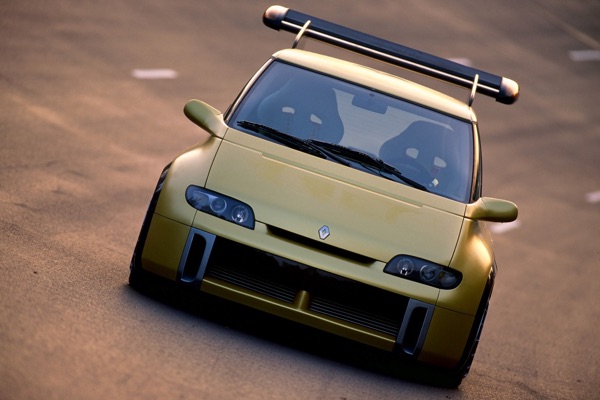 The power was transmitted to the rear wheels via a six speed semi automatic gearbox, also used in the Williams FW15C
© Renault archive 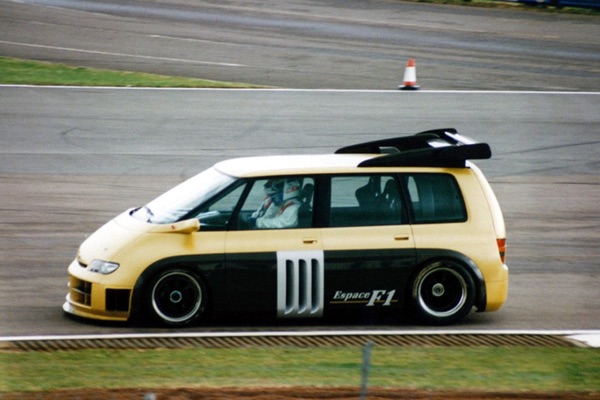 The Espace F1 version even made it into the game world – it was featured in the legendary simulator Gran Turismo 2. The minivan with a Formula heart currently resides in the Matra Museum in France, where anyone who is interested can come and see it.