Essen Techno Classica is regarded as one of the biggest classic car shows in Europe. With 120 000 square meters it has a lot of space for the precious vehicles that so many come to either buy or at least have a closer look.

This year the expo area had 21 halls and they were filled to the brim. Cars squeezed so tightly together that one can barely squeeze in between them. Not on all halls, but it was a theme. Never the less it gave a good opportunity to examine the presented machines/childhood heroes in greater detail. Here are some of those small interesting details that could be missed when looking from a wider angle.

The secondary lights on Peugeot 205 T16. These had to be installed to satisfy regulations for the car to be visible when the tailgate was opened. 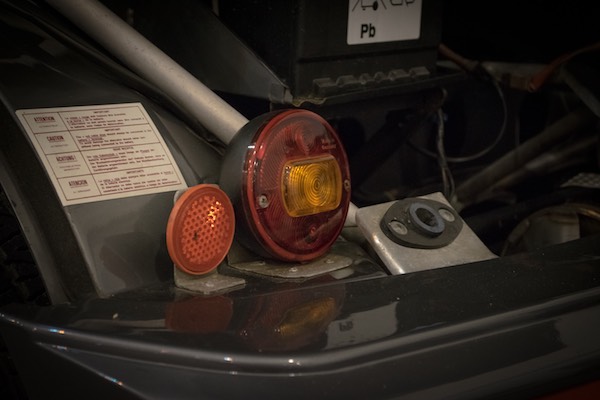 Only 200 cars were made
©AutoAgitator 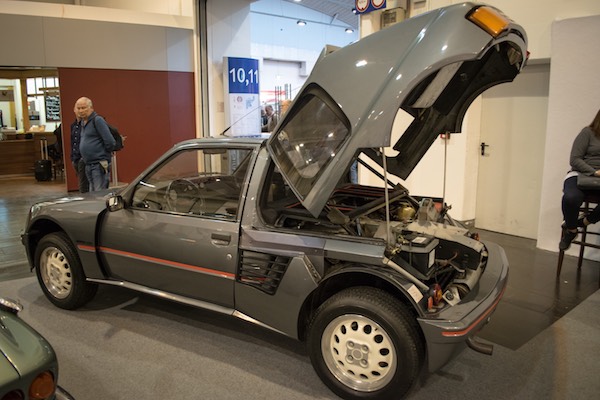 This auto aneroid installed in one of the 1970s Mercedes-Benz 280 SE convertibles. A good tool to predict when the weather is going to change and adjust the roof configuration accordingly. Some say it only works if you are wearing a monocle. Hence the fanciness. 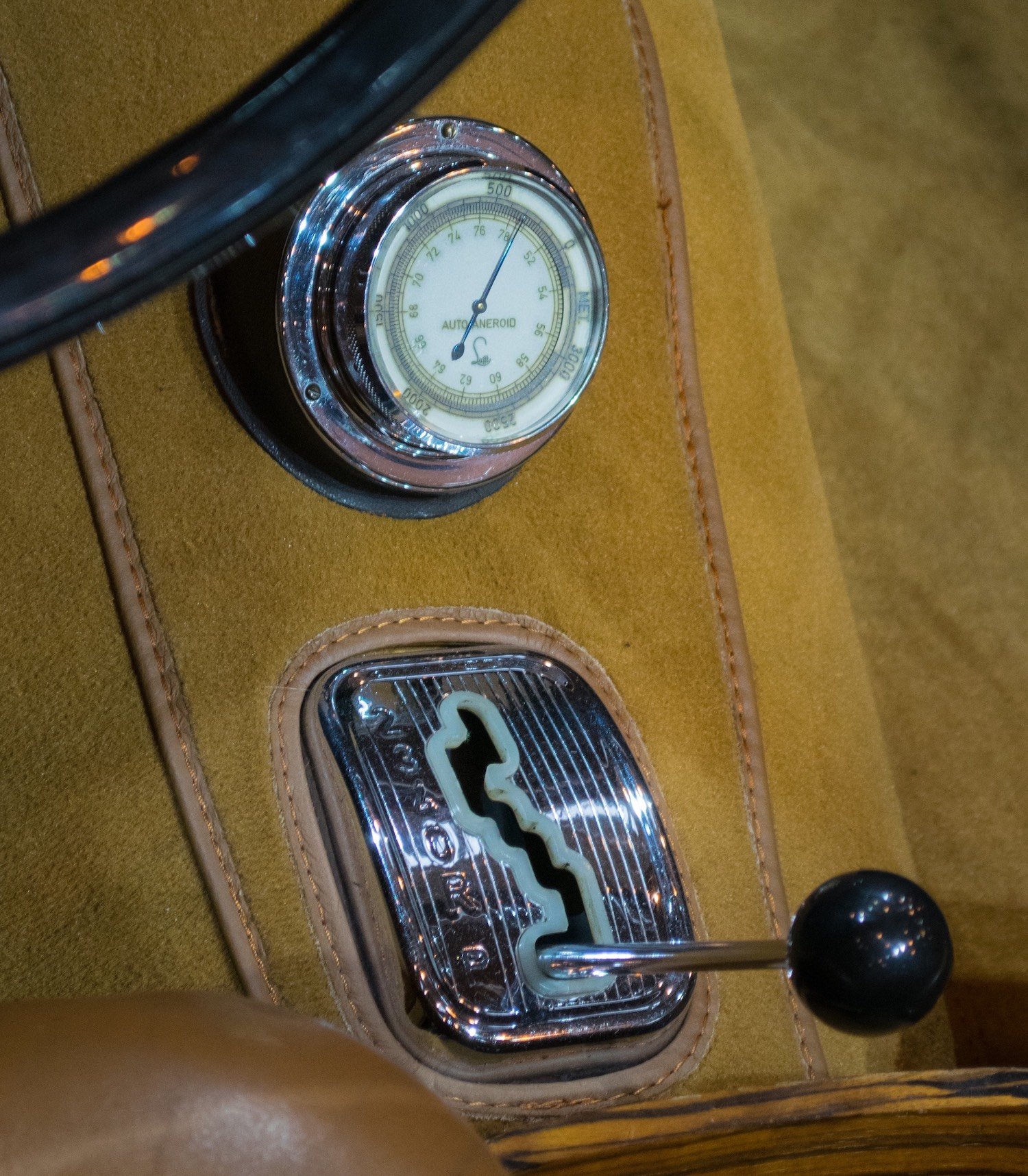 An aneroid installed in a Mercedes 280 SE
©AutoAgitator

You really get less for the money when you buy something designed for racing. The Ferrari 430 Scudaria is a good example. The bare cabin floor also serves as a carpet here just like in the legendary Ferrari F40. It also has green stitching which reminds of the green silicon used in the F40. 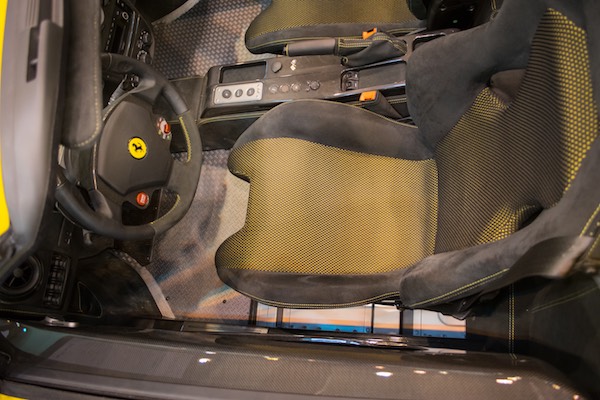 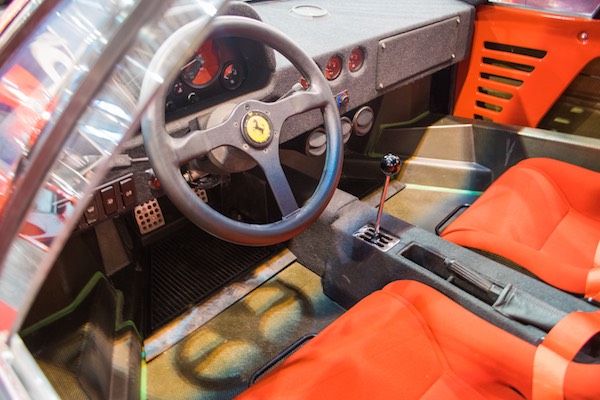 Making a car more aerodynamic and to aid cooling often requires cutting some great big holes in the bodywork. Take a look at the rear quarter panel of the Ferrari 250GT. The radiator cooling channels and fans on the Enzo and the Mercedes SLS AMG GT3 45th anniversary edition. Interestingly enough the high pressure created behind the radiator if not channeled out properly can be responsible for as much as 40% of the aerodynamic drag.

The body is made of aluminum
©AutoAgitator 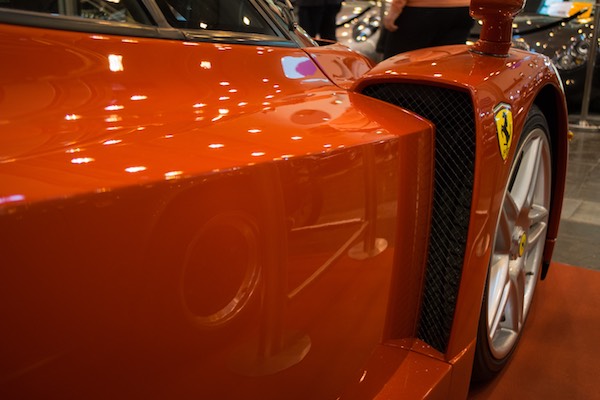 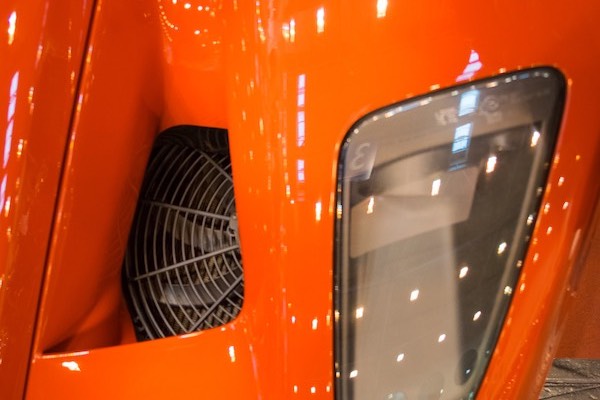 Aids in cooling and downforce
©AutoAgitator 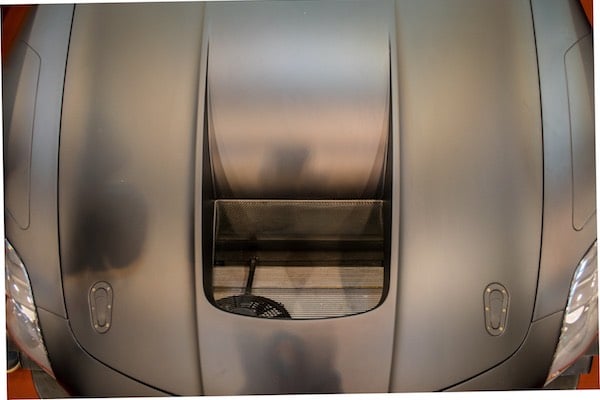 While on the subject of the Ferrari Enzo it's 2036mm width has to mentioned. A panorama had to be made of its rear end to fit in one frame. It's almost 400mm wider than the Porsche 356 standing on the left. 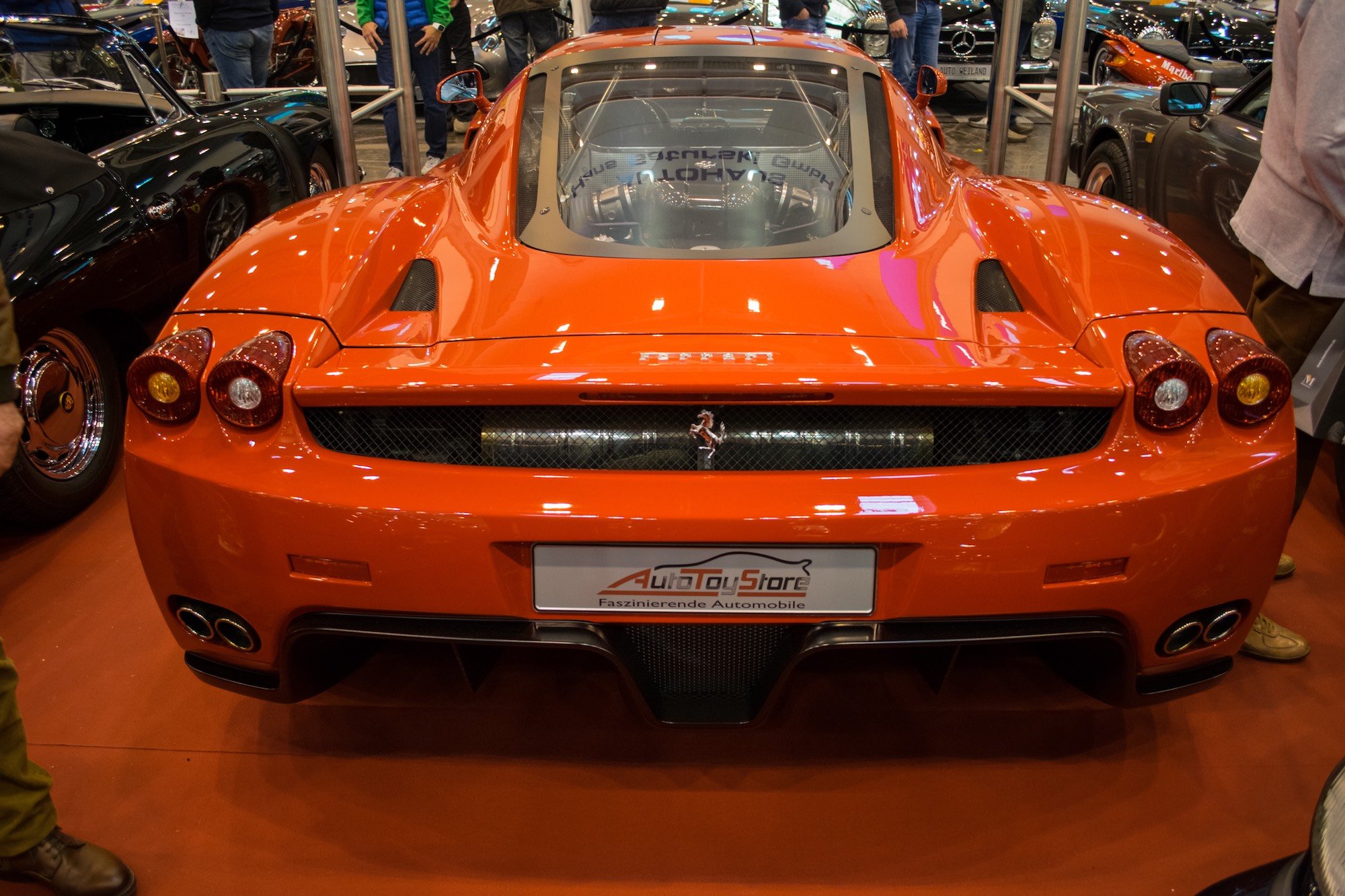 The F60 is as wide as it looks
©AutoAgitator

One can definitely appreciate some delicately exposed engineering but some of the cabriolets from the earlier days have rather crude mechanisms sticking out. Take the Porsche 964 and the Escort Mark III for example. Of course it's part of the joy of owning a car from the somewhat "simpler" times. 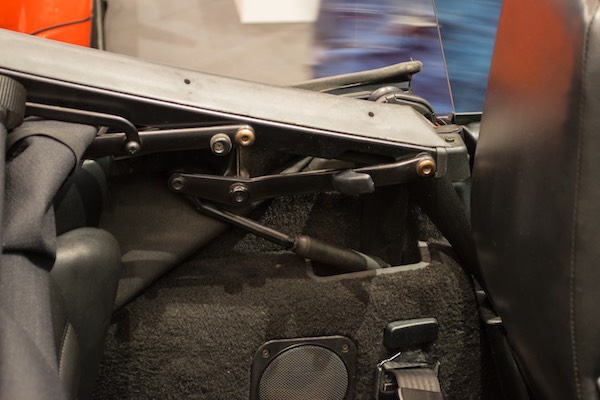 Not that there will be rear passengers to complain
©AutoAgitator 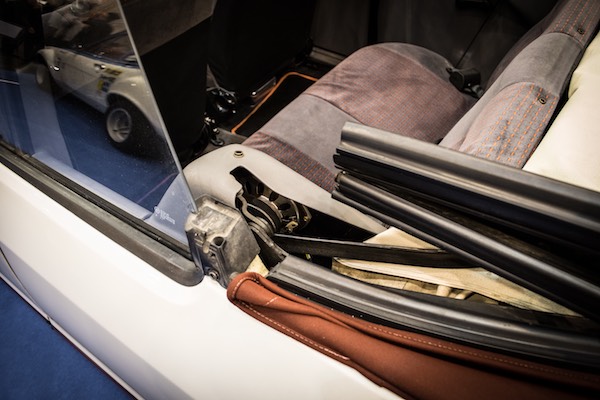 If a more sophisticated cabriolet is desired, the 1994 Mercedes E320 might do it where the rear headrests can also deploy to serve as an antiroll-bar. 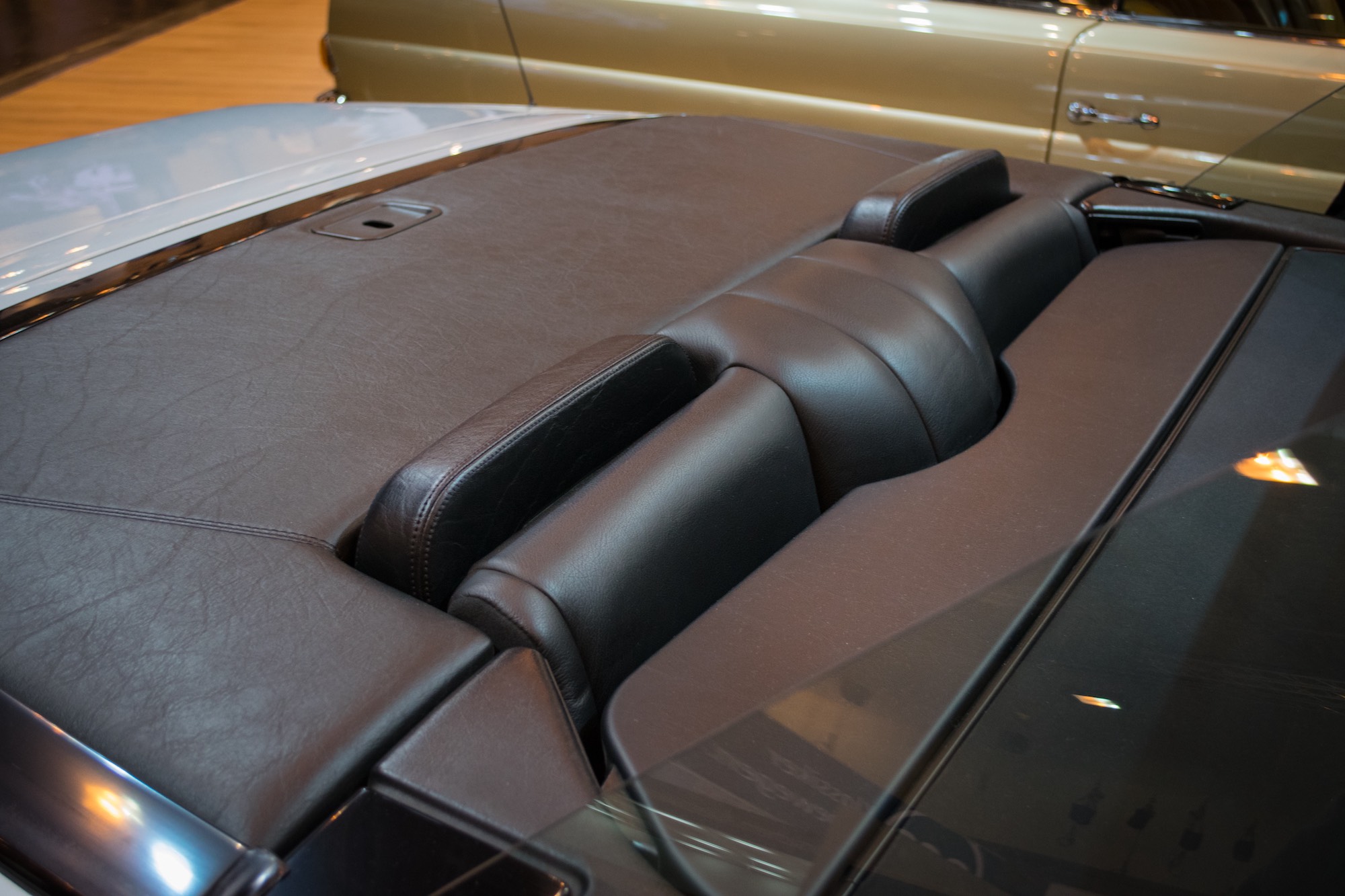 The tiny headlight wipers on this e28 M5 is what nostalgia is made from. 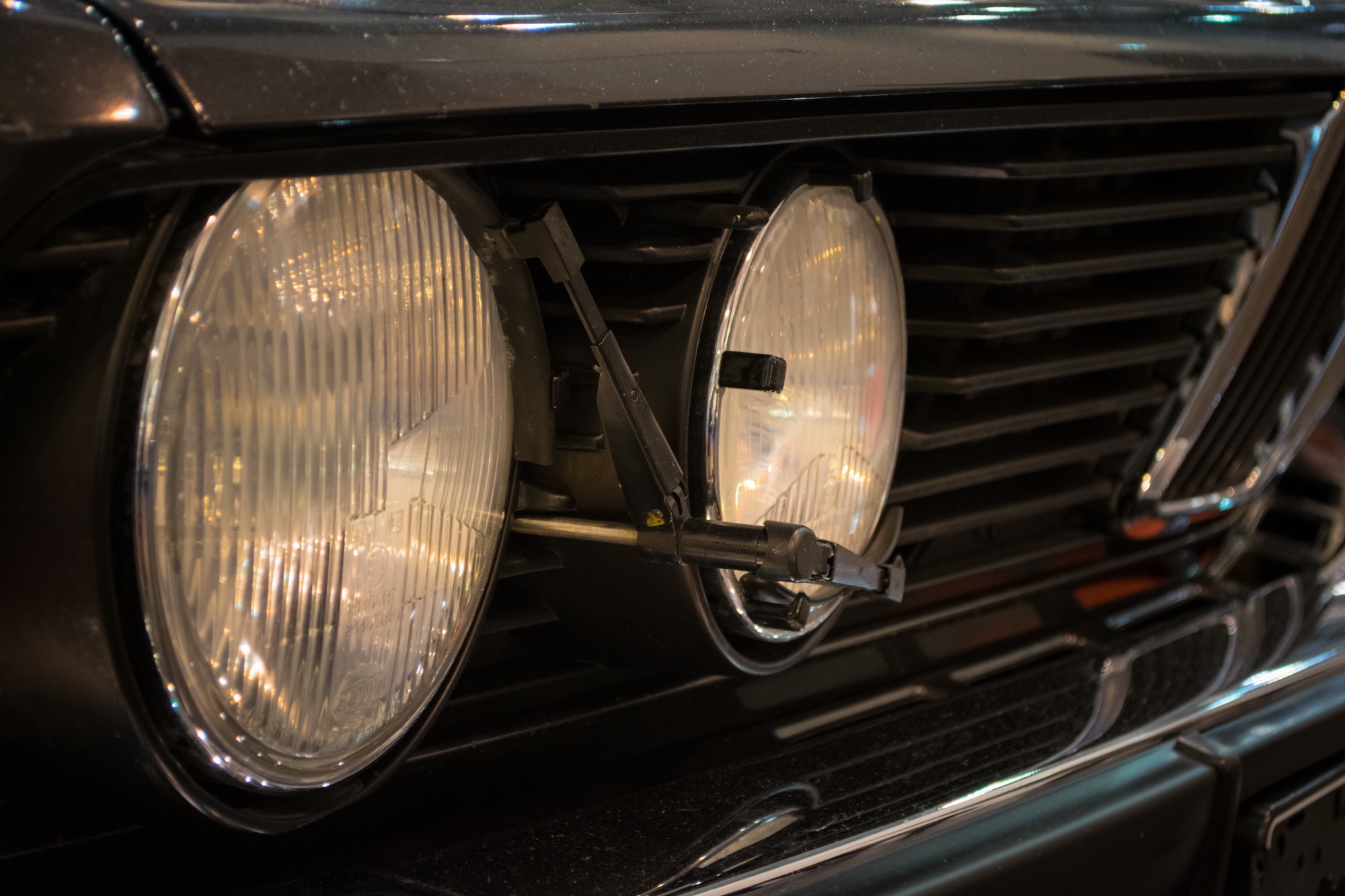 Headlights have a lot to offer regarding classics for people who enjoy subtle details. Miura's eyelashes do not have any purpose on the production model except for giving it the unique look and you cannot put a price on that. Or maybe you can - these even non OEM can cost around 3500$. 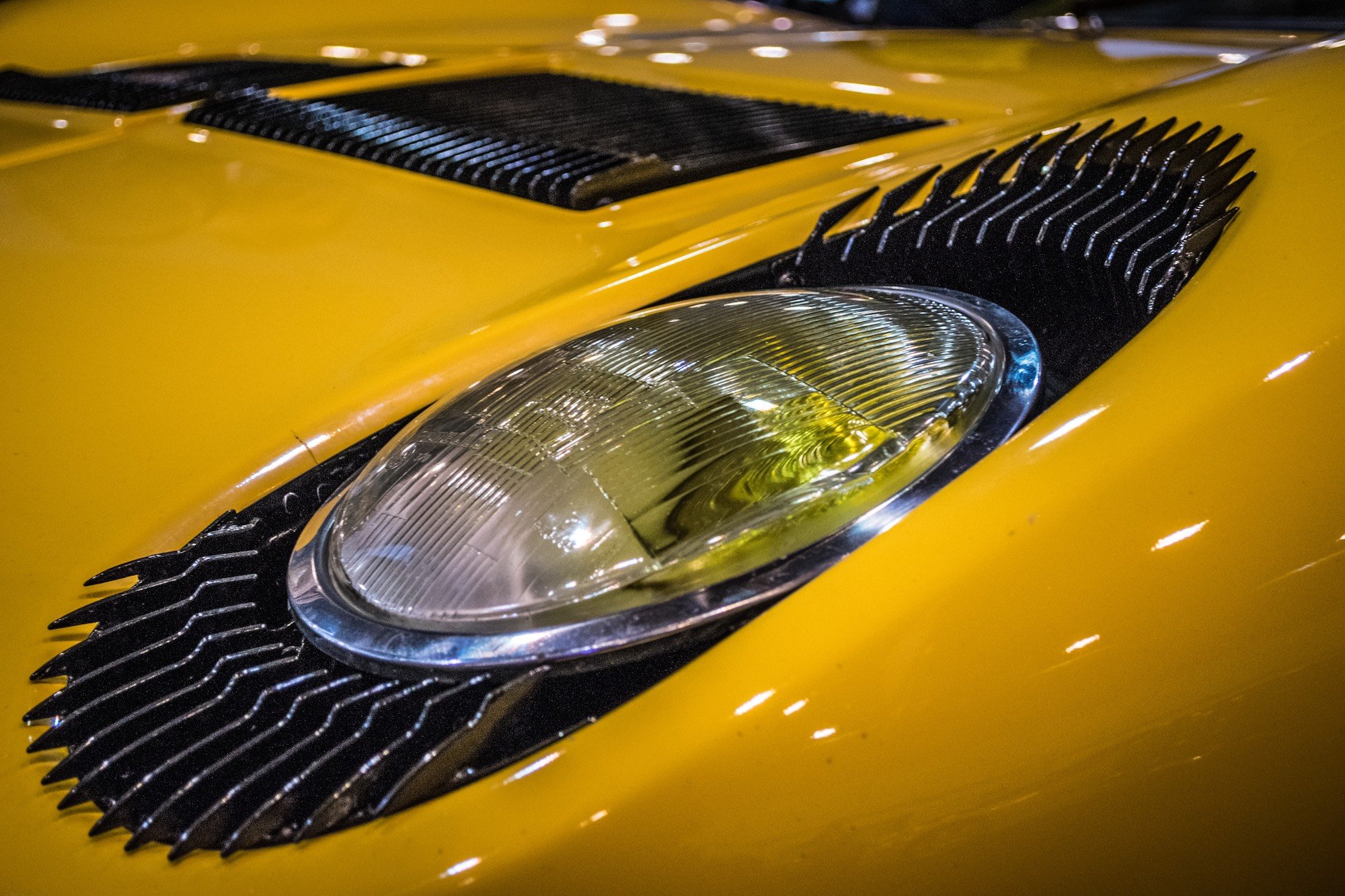 More of some of the most iconic pieces of design. The aero lights on the Ferrari F40, the Lamborghini Countach and the Bugatti EB110. Note how proudly Ferrari and Bugatti have printed the certification approvals in comparison to the modest Lamborghini's units which suddenly seem slightly more agricultural. Pun intended. 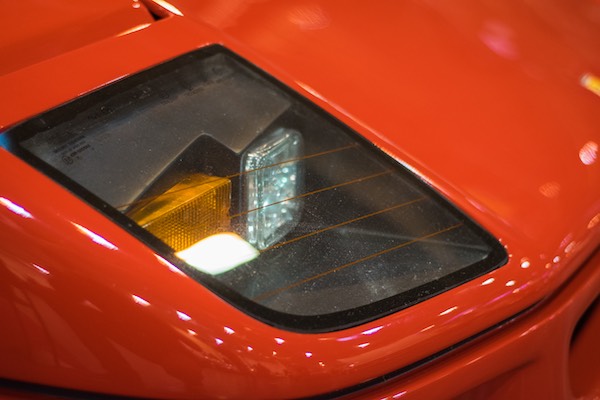 Something about these lights
©AutoAgitator 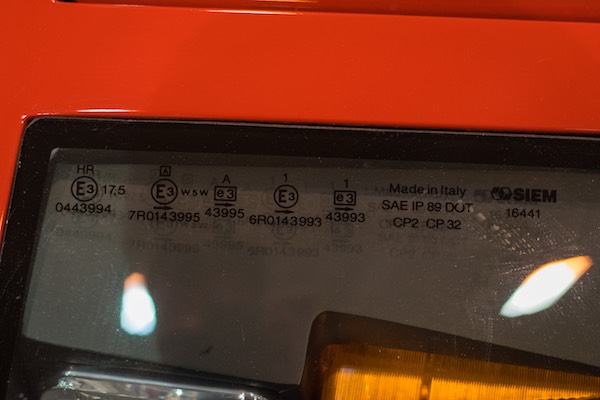 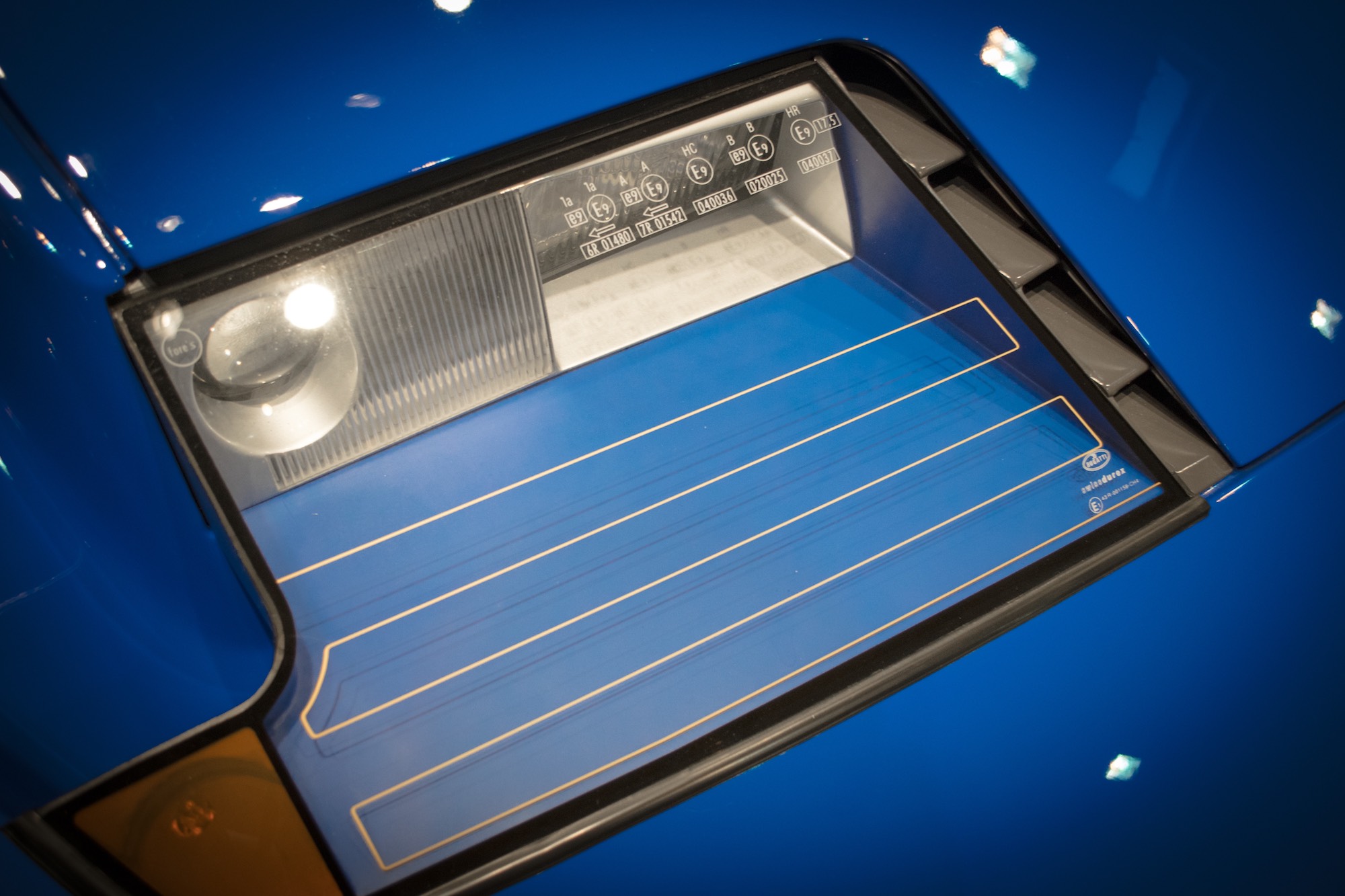 Originally the EB110 Super Sport was built special order for Romano Artioli, then owner of Bugatti SpA. This is the very last 32nd example. 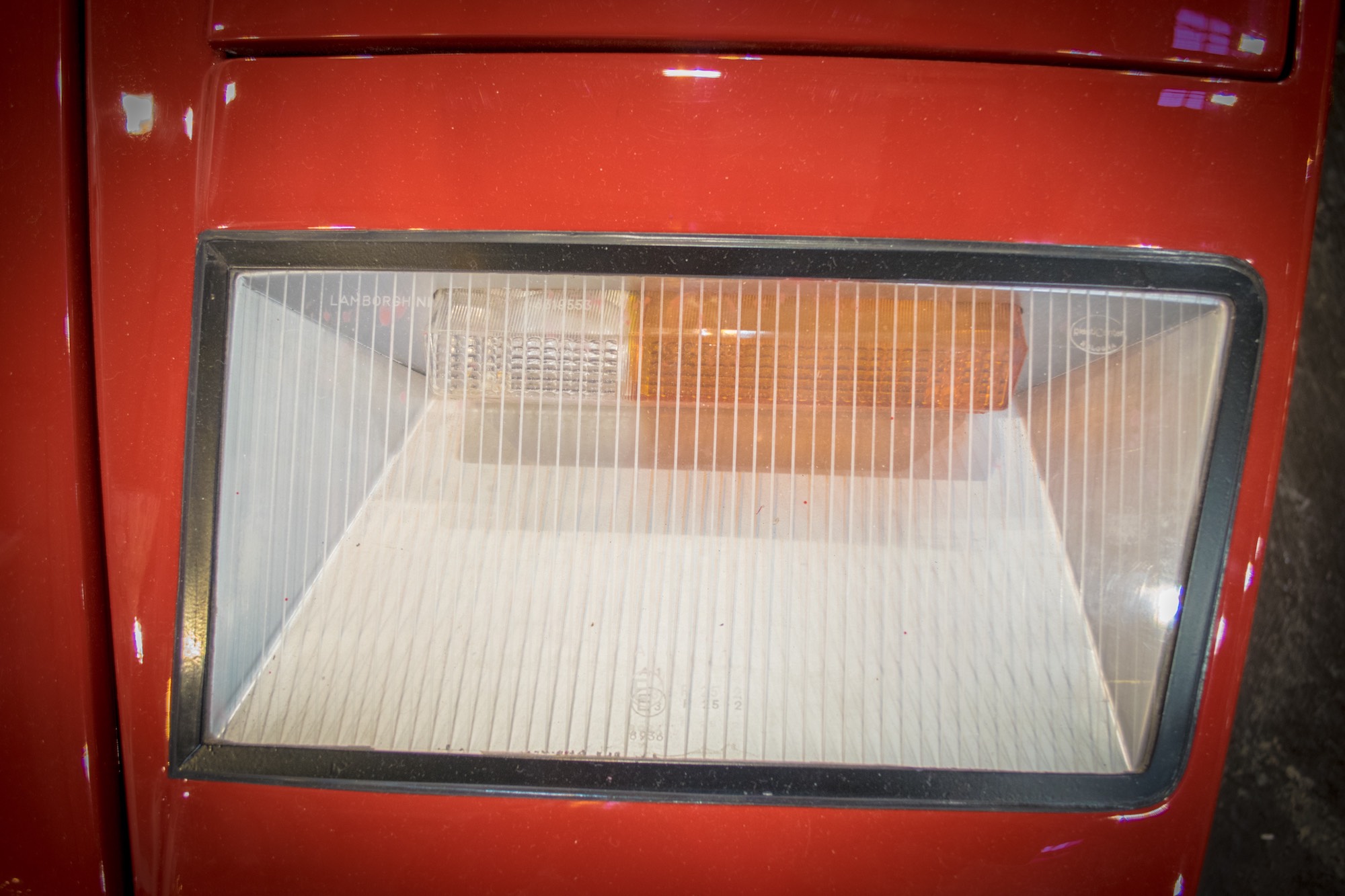 Slightly less elegant than the others
©AutoAgitator

Getting into a classic car should always be a unique experience. And many times it starts with the door handle itself. Classic Ferraris are leading this game by installing all kinds of lightweight chrome-plated devices in order to open the noble door. Volvo 1800 ES shooting brake had some different problems to solve while engineering the rear hatch handle. Finally, BMW did not bother with the Italian approach and fitted a fine example of an antitheft lock on their e28 M5. 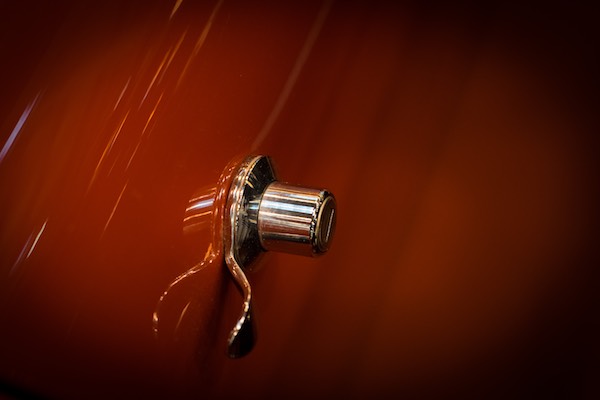 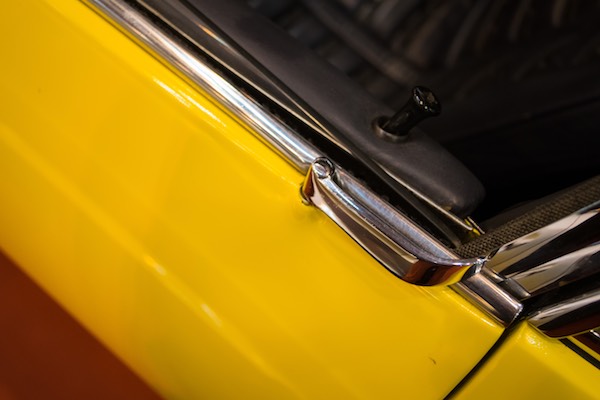 Ferrari's idea for door opening device on the Daytona
©AutoAgitator 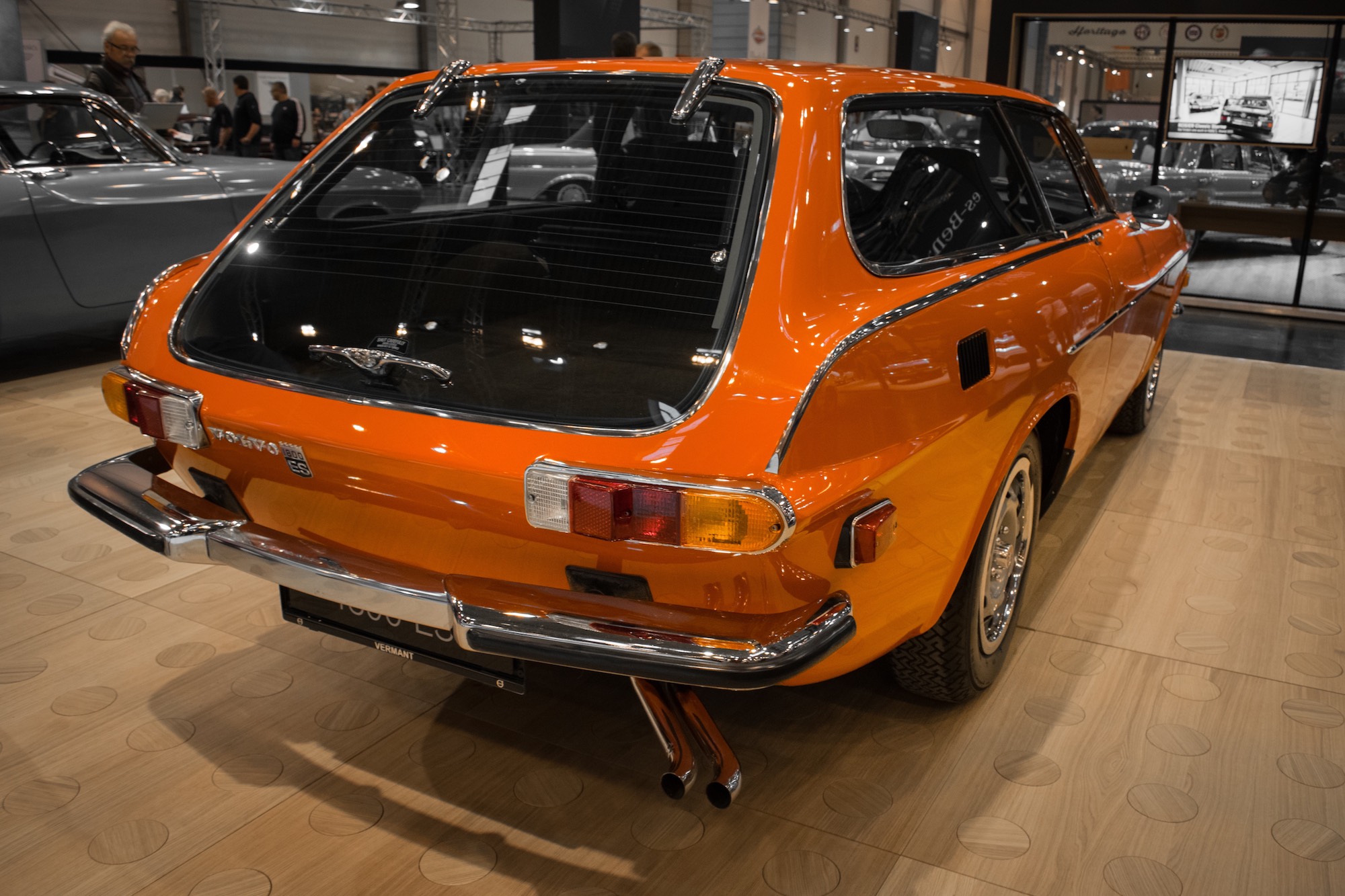 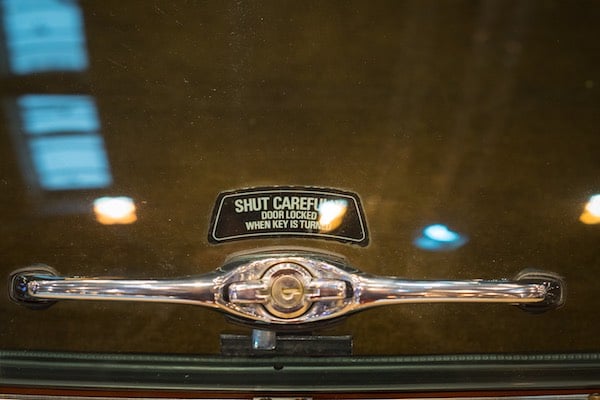 They call it "shooting brake" for a reason
©AutoAgitator 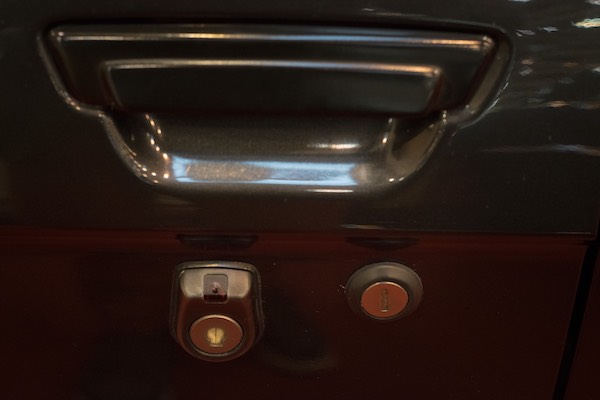 Two locks are better than one
©AutoAgitator

If you search for the meaning of "over engineering" you'll likely to find that it is the additional designing of a product to be more robust or extra featured than is deemed necessary for its primary application to be completed successfully. The explanation itself seems over-engineered but that is what Ferrari did with the 1960s Dino rear window. Just an another interesting detail that can be enjoyed. 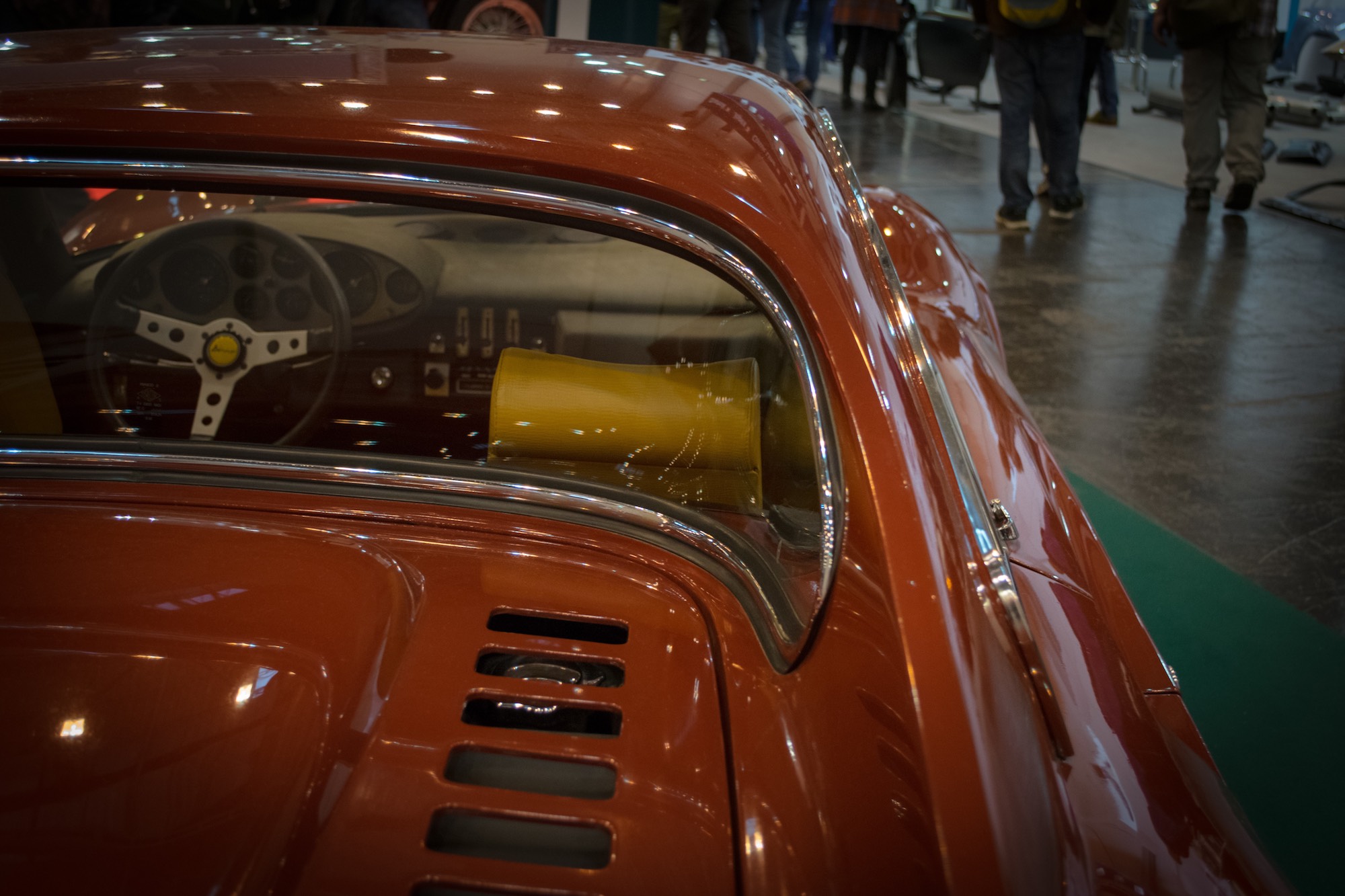