Three Auctions in Europe to Visit in 2018

We have recently featured a piece on the US-based auctions to pay attention to in 2018, which might be pretty useless for our readers on the opposite side of the Atlantic. Flying to North America and dealing with resulting jetlag might be a high price to pay for attending an auction. It becomes even more of a hassle if you manage to buy a classic of your dreams and need to transport it back to Europe. Worry not, there are plenty of noteworthy events happening in Europe and UK, which will afford you to avoid the logistical nightmare.

For years, Retromobile has been the event to kick off the classic motoring season. More importantly, the expo is accompanied by a multiplicity of car auctions, the main one being curated by a Parisian art and automobile auction house Artcurial. Albeit it cannot match the headline-making sum auction results of the biggest American events, no one would call the Artcurial auction underwhelming. In 2016 the record for any racecar price was broken when the Ferrari 335 S Spider Scaglietti sold for EUR 32,075,200. In 2017, another Maranello jewel, the unique Ferrari Dino 206 P Berlinetta Speciale sold for impressive EUR 4,390,000. 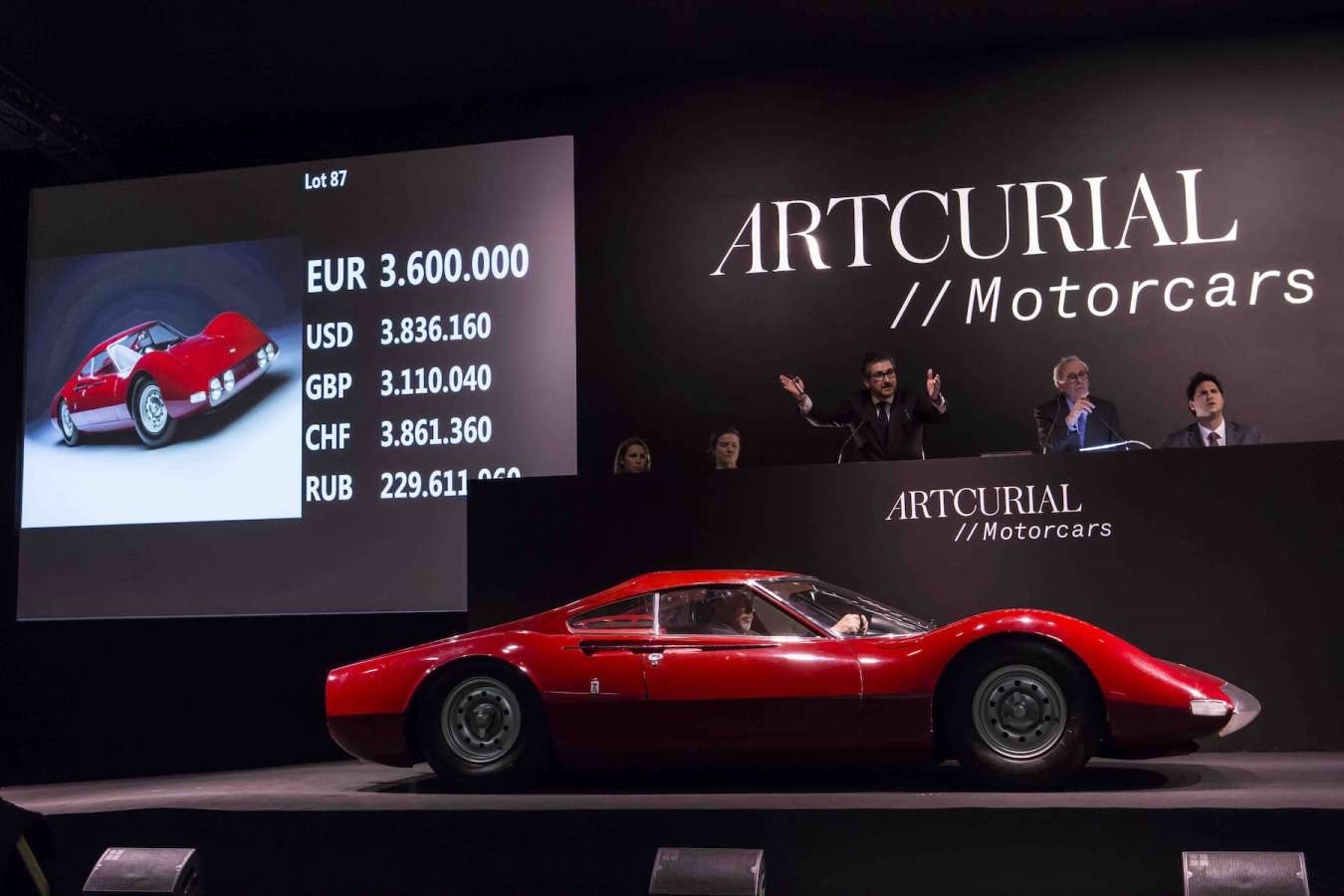 There will be no shortage of historical pieces crossing the auction block in 2018 either. Keep your eyes peeled for the 1964 Le Mans winning Ferrari 275 P. Of course, there will be some cars that do not sport a prancing horse badge. An exquisite collection of Porsches belonging to Jean-Claude Miloe will be auctioned off, headlined by the brilliant 904 GTS. This being a French auction, you can also expect some Bugattis, namely the luxurious Type 57 Cabriolet and the sleek 57C Atalante Coupe. 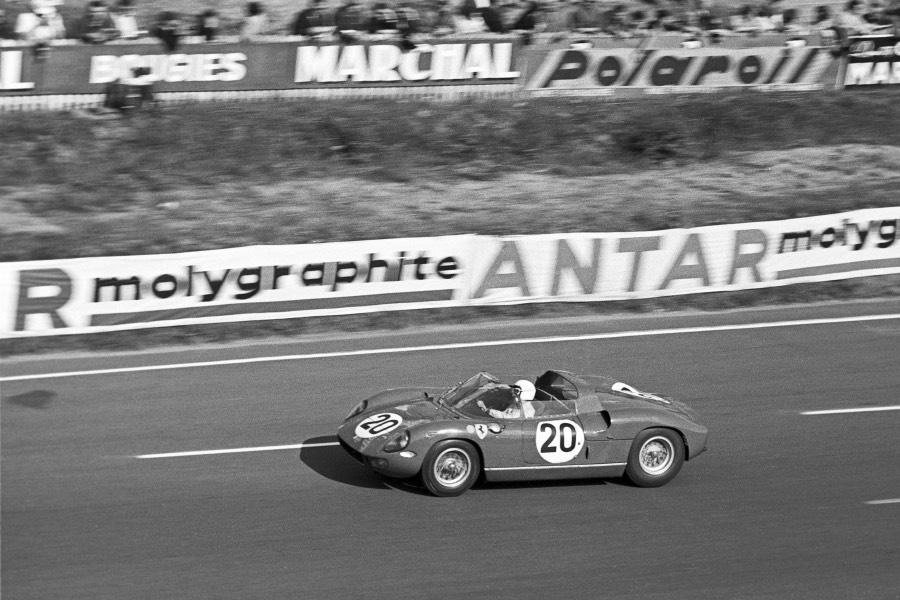 Should you become weary from all of the bidding, there will be a massive expo to attend to, featuring everything from the early 20th century automobiles to youngtimers from the 90s. The French are known for taking pride in their heritage, so the show will feature a homage to Renault which is turning 120 next year, as well as exhibits from Autodrome de Linas-Montlhéry, a legendary oval shaped racetrack on the outskirts of Paris.

Techno Classica Essen is the biggest classic car show in the world, last year it hosted more than 2,500 cars in the enormous Messe exhibition center. As 2018 show will be the 30th one, there is no reason to believe it will be any lesser. And it is not only the collectors or restorers that bring their cherished belongings to Techno Classica, it has also become a matter of honor for manufacturers to show off their brand’s history here. Of course, the German automakers represent their pedigree on the home turf, but foreign manufacturers are no strangers either. Just this year, Volvo marked their 90th anniversary at Techno Classica and a couple of year prior Land Rover announced launching their Heritage division there.

Of course, some classic cars change hands at Essen and Coys of Kensington is the auction house officially responsible for these transactions. You might not get your fill for Americana here, as the vast majority of cars for sale at Techno Classica are European. Looking at the prices alone, this auction looks rather tame, none of the cars at 2017’s Essen auction cracked a €1 million mark. But that does not mean there were no conspicuous vehicles for sale. A one-off Porsche 959 Speedster was sold for EUR 918,000 and is the very definition of “unique”. The most expensive piece sold was an immaculate Mercedes-Benz 300SL Gullwing, fetching EUR 943,000. The lots for 2018 auction are yet to be announced, but it is no excuse not to book your tickets and miss out on the biggest classic car show in the world. 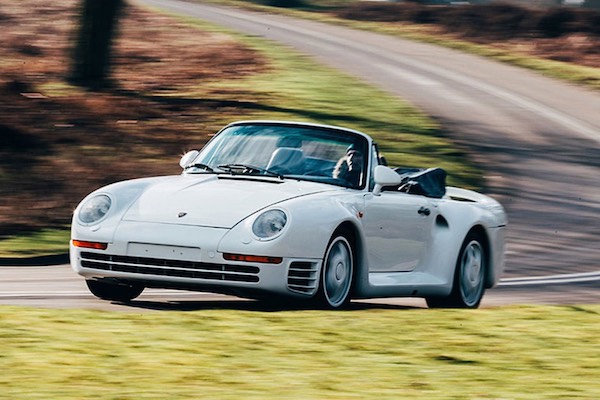 Goodwood FoS is easily one of the most prestigious motorsport events on UK soil. It is centered on a number of racecars taking turns on a Hillclimb track, passing by the thousands of mesmerized spectators. Over several days of the festival, the track is occupied by all sorts of race-prepped machinery, ranging from racecars of early 1900s to modern day drift cars. Outrageous racing machines such as vintage Le Mans prototypes, F1 cars, Silver Arrows and Group B rally racers typically partake the Hillclimb. 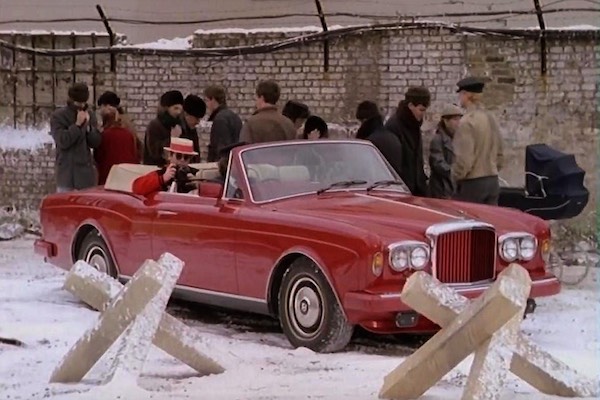 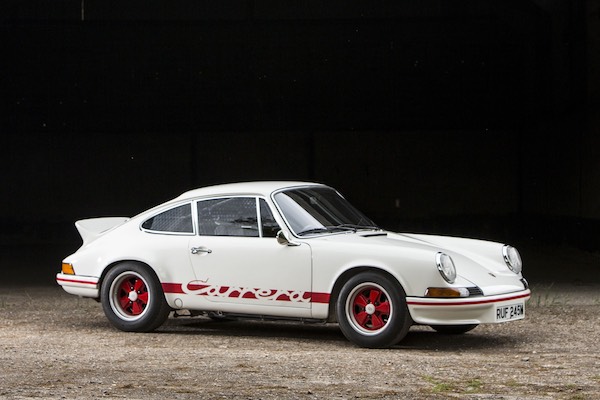 Ultra rare Porsche 911 Carrera RS 2.7 Lightweight was one of the most expensive cars in last year’s Goodwood auction
©Bonhams

As you might have guessed, the FoS comes with its own classic car auction, in this case provided by Bonhams. The London-based auction house attracts some seriously striking automobiles to their Goodwood event. Last year they sold an extremely rare RHD Porsche 911 Carrera RS Lightweight for GBP 830,300 and one of the three RHD 356 Speedsters for whopping GBP 919,900. Of course, Bonhams had more than just some ludicrously expensive Porsches (staple of every car auction these days). The event featured Bentley Continental Convertible previously owned by popstar Elton John (sold for GBP 91,100) and now-retired F1 boss Bernie Ecclestone turned up to do some bidding, cementing auction’s status as an elite event.