A super transporter – that’s how this vehicle of impressive size was billed by one of the world’s largest automotive manufacturers.

Meet ‘Big Red’. A lorry prototype designed by the engineers at Ford, nearly 30 metres long and 4 metres high. In front of you is a semi-detached house on wheels.

Launched in 1964, this transporter was to change traditional lorries forever. First of all, it had a 600-hp gas turbine engine. Second of all, it hauled two trailers. And third of all, it weighed a total of 77 tonnes, but that didn’t keep Big Red from reaching a top speed of 115 km/h.

After Ford showed the new lorry at the World’s Fair in New York, the company’s engineers set out with it on a trip around the entire country. 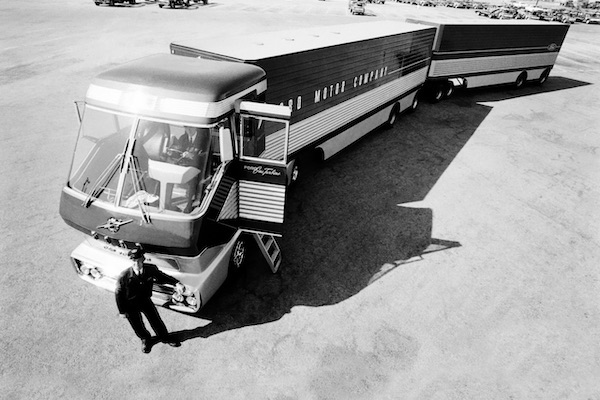 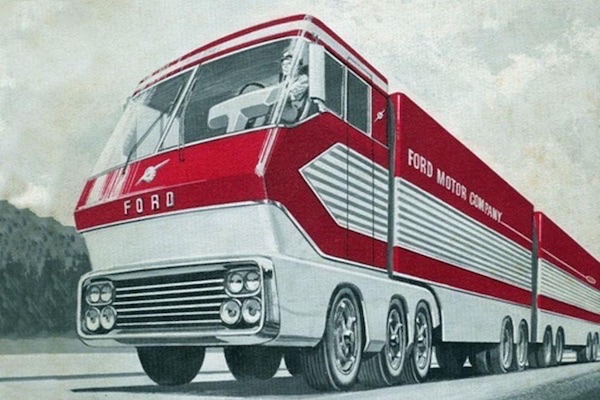 During the tour, the engineers were left pleasantly surprised not only by the level of comfort the transporter provided on long journeys, but also by the relatively efficient and economical gas turbines. The gas turbines required 100 litres of fuel for every 100 kilometres. Seeing that it had a 1,000-litre fuel tank, the Big Red could cover some 900–1,000 kilometres with no problem.

Big Red’s cabin was made of steel. Meanwhile, the unusual cabin shape was designed based on wind tunnel data. Although the manufacturer didn’t disclose the drag coefficient of the cabin, the lorry’s considerably improved aerodynamic properties increased driving performance at higher speeds while also significantly reducing average fuel consumption. In addition, Big Red had air-ride suspension – a technology that the lorries of that era could only dream about. 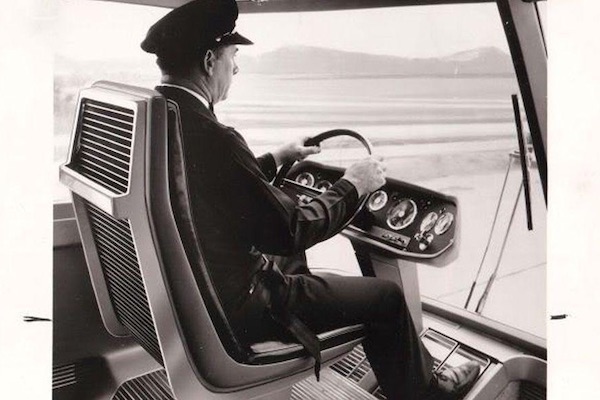 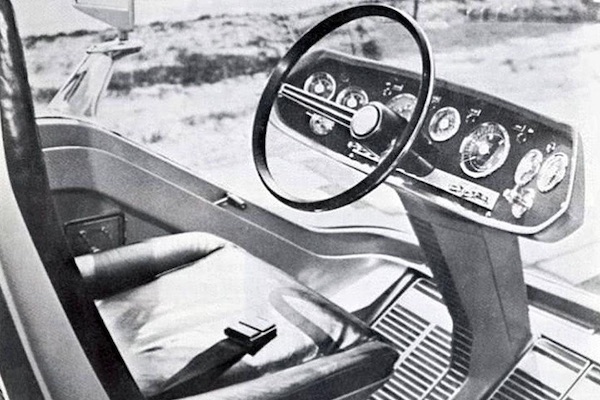 Ford’s engineers took a different approach to this vehicle. According to the designers, a vehicle has to serve the driver, and not vice versa. Following this principle, the lorry driver had to do just one job, but also the hardest – sitting behind the wheel and delivering the cargo on time.

Wanting to create a comfortable, stress-free environment, the designers equipped this monster with doors that opened and closed at the push of a button, as well as a panoramic windscreen which gave the driver an excellent field of vision.

In order to board Big Red, the driver had to trigger a special switch. This opened the doors and lowered a retractable ladder.

The lorry was also designed to make the driver feel at home. Mini fridge? Check. Electric oven? Check. Hot and cold water? Check. There was even a toilet! 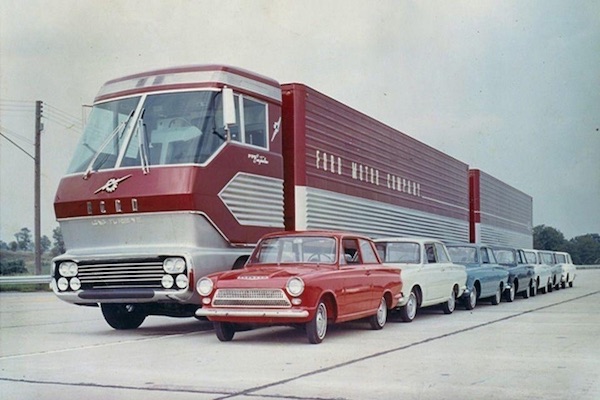 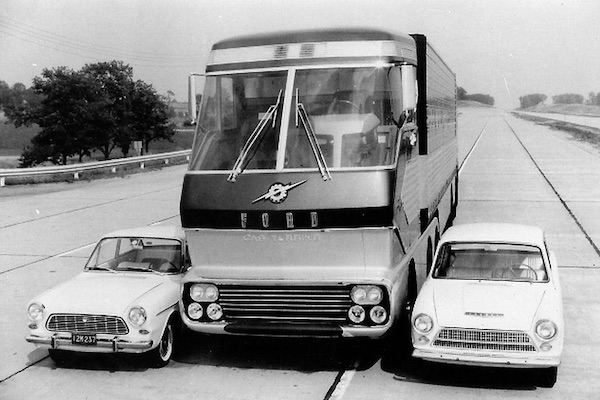 When the driver left his workplace, he could go to the back of the cabin, where there was a comfortable armchair and TV set waiting for him. Basically, the driver was given all of the everyday comforts of home.

Like many projects of this kind, the lorry that once amazed the public quickly got filed among the other cool projects that nobody really needed.

Ford executives said on a number of occasions that they would like to put this lorry into mass production, but there were three problems that prevented them from doing so: new US environmental regulations, huge production costs, and different requirements for gas turbines in different states.