We are absolutely fascinated with turbocharged engines. The very idea of employing exhaust gas and helping the engine bring in more power sounds downright genius. It is great to live in the age of a turbocharger comeback when engines both large and small can be fitted with these components. But let’s go back to the past when progress, constant improvement and rampant desire to make advancements took these units to the extreme, and turbo engines started to dominate the motorsport.

Let’s recall the golden years of Formula One. Back then, cars with six-cylinder turbocharged engines unambiguously dominated the sport. And even now you get the chills just by remembering how racers used to fight for positions while driving monsters with more than 1,000 horsepower. But as interesting as this period of F1’s history was, today we are going to talk about other pioneers. In particular, about those who fought on special stages that required amazing driving skills. In rallying, fearless racers used to fly at incomprehensible speeds by driving cars that were fitted with turbo engines. Of course, we are referring to the Group B cars that became fire-spitting laboratories for the engineers.

The Group B class was disestablished due to the high speeds, driver fatalities and crowd risks. It happened immediately after the death of Henri Toivonen and Sergio Cresto during the 1986 Tour de Corse. After this unfortunate event, The International Automobile Federation (FIA) instantly banned the class and set a new limit of 300 horsepower. But even before Group B cars were banned, Fiat with Abarth and Lancia created something impressive that was supposed to replace the Lancia Delta S4.

The experimental car was named“the ECV1”, and constructed using the exotic materials such as Kevlar and carbon fibre. In fact, carbon fibre was used even in the production of the wheels, so it is not surprising that the car had a curb weight of just 930 kg.

Yet the most interesting invention was hidden under the strange-looking rear – the Triflux engine, which was unlike any other conventional motor built until then.

The four-cylinder engine had the 1.8-litre capacity that, in theory, was capable of generating 600 horsepower. The unit was mounted in the middle of the car and delivered power to all four wheels through a 5-speed gearbox. But the most fascinating thing was the way how the gas got in and out of the engine. The constructor of this engine was Claudio Lombardini. He also designed the Lancia S4 engine just before he moved to the Ferrari F1 team. 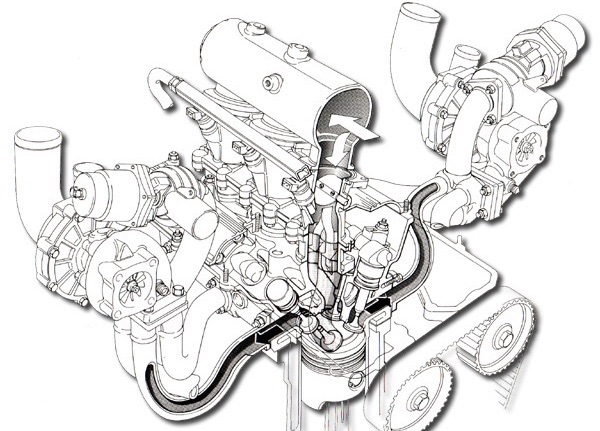 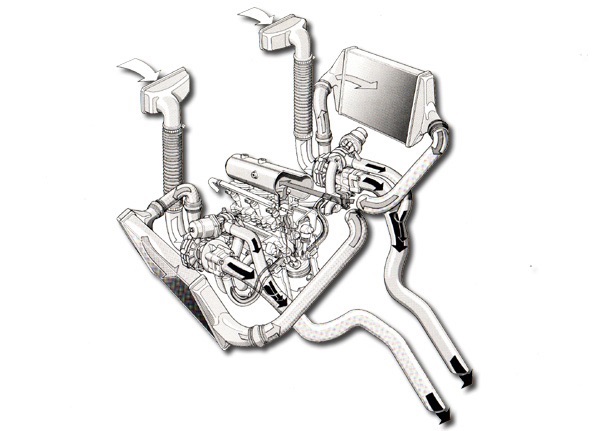 In the 1980s, most turbocharged engines had massive turbo lag and limited power bands. In order to solve these problems, Claudio decided to install two turbochargers for the engine. But it raised yet another problem – how can a four-cylinder engine effectively feed two large turbochargers? The ingenious engineer eventually decided to cross the intake and exhaust valves. To visualize it, think of it as an X-shaped arrangement with one intake and one exhaust valve on either side. This system was immediately patented by Fiat, which named it “FID” (Flusso Incorciato Doppio or “dual crossed flow”). 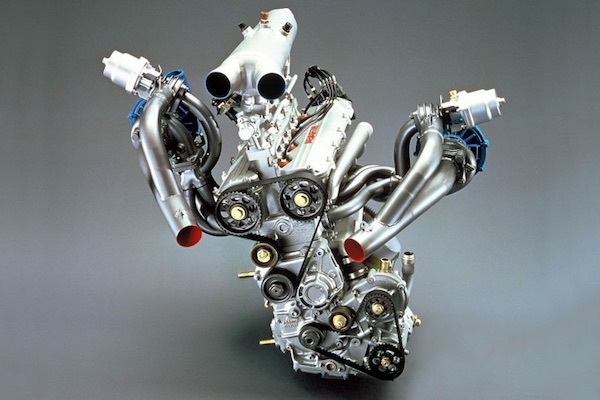 The “Triflux” name also came from this design – three distinct paths of flow, one for the intake and two for the exhausts. As you can see from the illustration, air enters the combustion chamber from above through diagonally-opposed valves. The exhaust gas is discharged through two other diagonally-opposed valves and two separate exhaust manifolds. In order for the system to work efficiently, Claudio designed camshafts that could actuate one intake valve and one exhaust valve – at the right time, of course. This design also had another major advantage. It eliminated the “hot” and “cold” sides of the head. This is very relevant in motorsport, where efficient engine cooling has to be ensured. In this case, the heat is distributed more evenly, which reduces the chance of the head buckling, thus making it easier to cool. 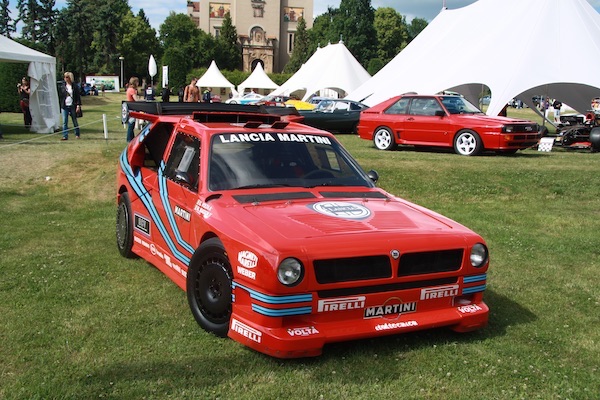 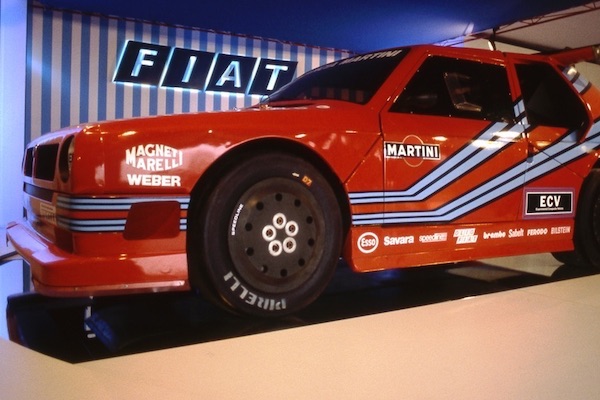 The Italians planned to use vane geometry turbochargers for this engine in the future and make dual-level turbocharger activation with electromagnetic valves, thus giving the engine stunning characteristics at any rev range.

Currently, the only ECV1 car with a Triflux belongs to the rally legend Giuseppe Volta. It is a shame that this unit was not destined to show its true potential in motorsport. Still, we have hopes that with the increasing efforts to produce economical and efficient engines, this brilliant idea will come back in the future.