The Lancia Thema 8.32 – a Regular Saloon with the Heart of a Ferrari

We've gotten to the point where can almost include Lancia on the list of extinct marques. Who would have thought that the company that once produced such masterpieces of engineering and design as the Stratos, the Fulvia, the Delta HF or the Beta would now be left with just the supermini Ypsilon. Yes, Darwin's theory of evolution by natural selection is mercilessly valid in the world of cars as well.

In over a hundred years of operation, Lancia has produced many impressive models, but while nearly everyone knows the Stratos or the Delta HF, the Thema 8.32 has undeservedly been forgotten. The history of the Thema began in 1979, when together with SAAB and Alfa Romeo, the Fiat Group decided to create a new platform that they would share for their new executive cars: the Lancia Thema, the Fiat Croma, the Alfa Romeo 164 and the SAAB 9000. Lancia's ambition was not only to compete with the Opel Rekord or the Ford Granada, but also to try to rub shoulders with the BMW 5 Series or the Mercedes-Benz E-Class. 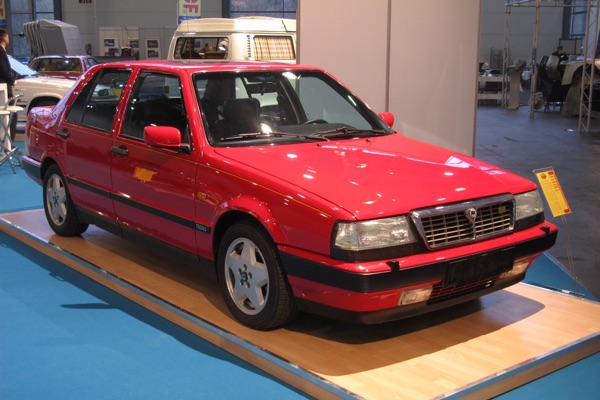 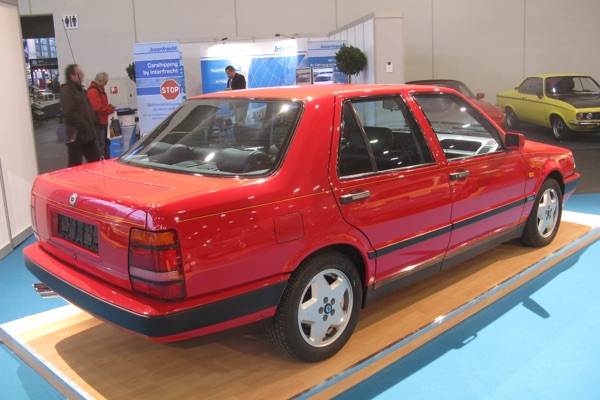 The first of the foursome to come out was the Lancia Thema, in 1984. It was a good enough car at the time, but there were a lot of other cars like it. So Lancia, with its pretensions to becoming a premium marque, decided that it needed its own version of the M5, and recruited Ferrari to help out. And this is how one of the most unique Lancias ever was born – the Thema 8.32. The numbers in the name meant that it had none other than a Tipo F105L, 3.0-litre, 32-valve Ferrari V8 under the bonnet from the 308 Quattrovalvole and the Mondial models. 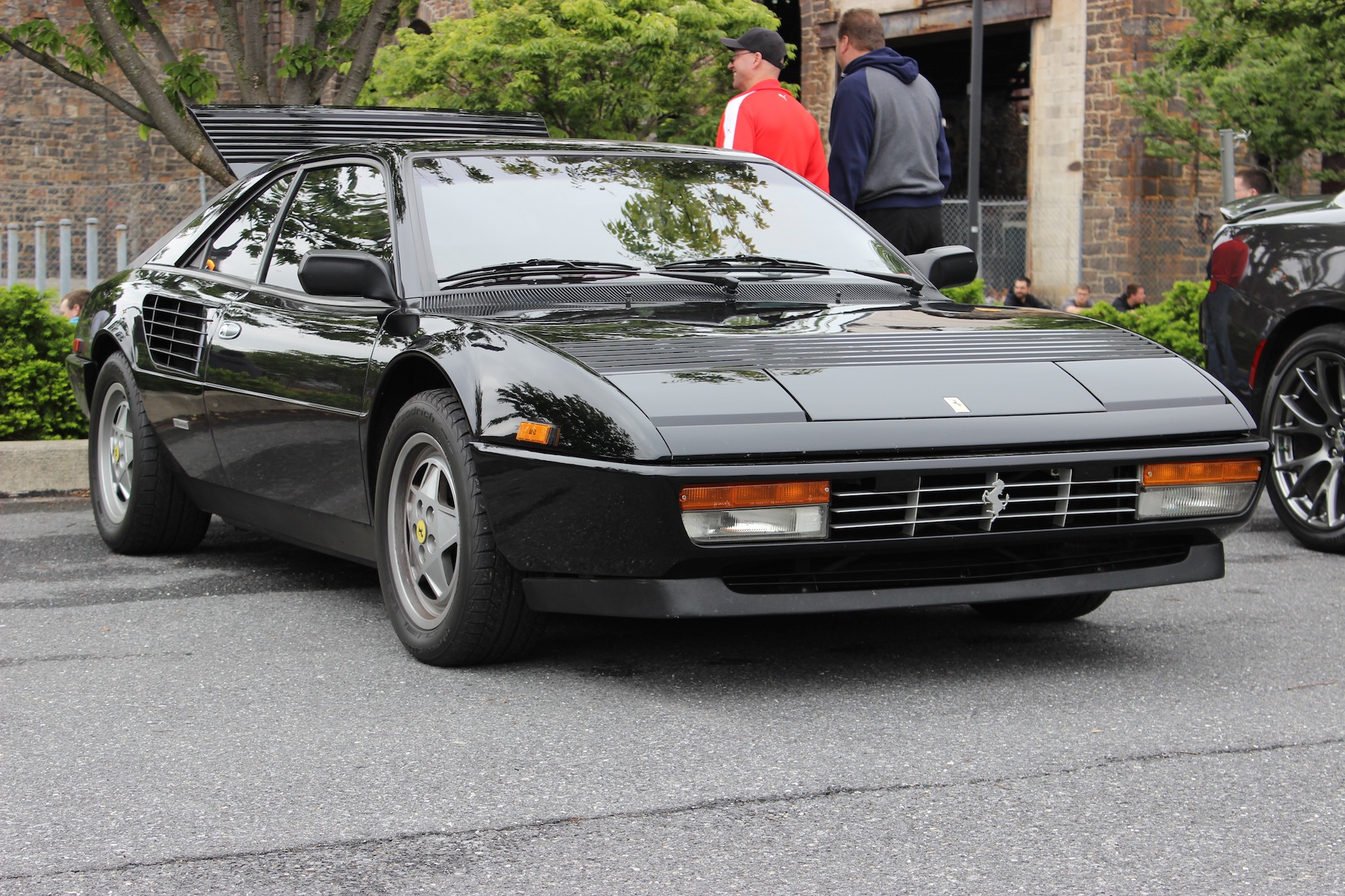 Given, the engine had been slightly modified to adapt its characteristics to the large and heavy executive sedan, leading to a reduction in power from 240 to 215 PS, but an increase in torque from 240 to 285 Nm. And the interior had all of the comforts of a presidential suite, including burr walnut and leather trim by Poltrona Frau and a wealth of electronics. Particularly impressive were the rear headrests, which automatically flipped down when reverse was engaged, and the electronically-raised rear spoiler – the first to be installed in a production car – was an even bigger innovation. If it wasn't for this spoiler and some other subtle differences (the Ferrari-style alloy wheels and additional “8.32” yellow emblems), you might have thought that this was a regular Italian sedan. 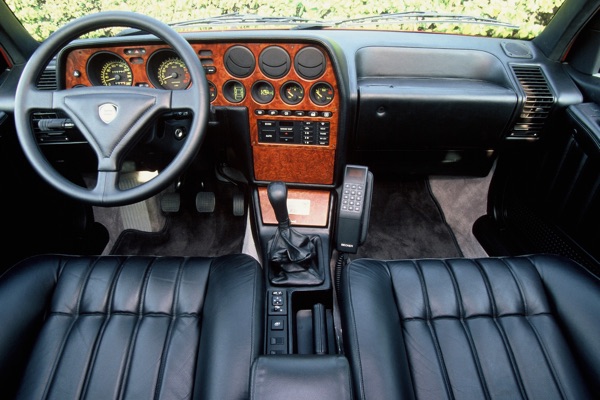 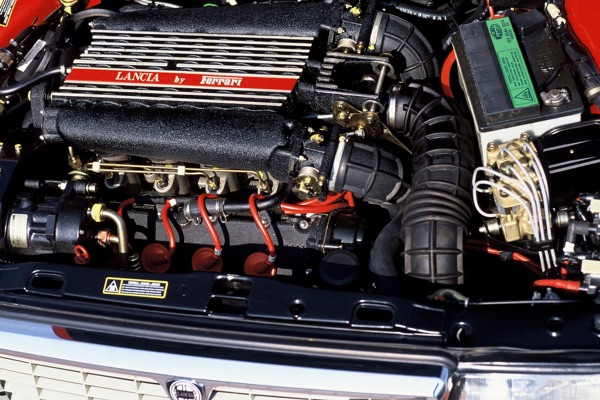 The Ferrari engine got the 1.5-tonne Thema to 100 km/h in 6.8 seconds, which was not far off from the BMW M5 (6.1 seconds). The maximum speed was about 240 km/h, and that was also M5 territory. However, the Thema 8.32 was not even close to the Ferrari 308 or the BMW M5 on turns. The fact of the matter is that the very concept behind the Thema's platform was extremely unpropitious. All Themas were front-wheel-drive, so the Ferrari engine also had to drive only the front wheels. And sticking a large, powerful engine into a front-wheel-drive car is never a good idea. The set-up put 62% of the car's weight on the front axle, so the car was designed to cruise the Autobahn at high speeds in luxury rather than to take turns briskly. Sceptics even claimed that the Thema 8.32 was just an unnecessary waste of a Ferrari V8, and there was some truth in that. Because the most powerful, 2.0-litre 16V turbo version of the Thema was hardly any slower than the 8.32, but it was lighter and handled better. 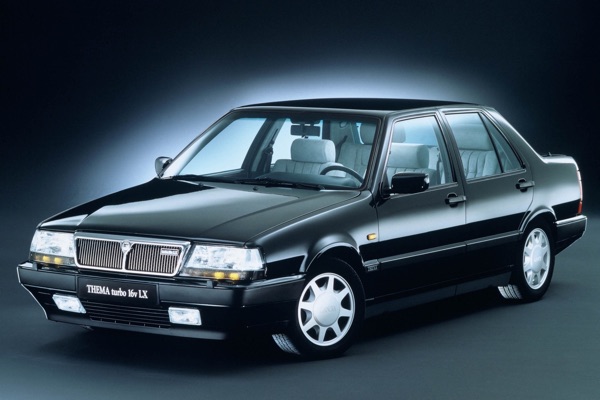 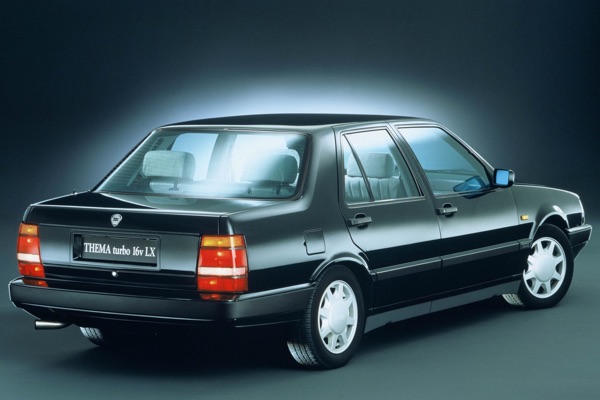 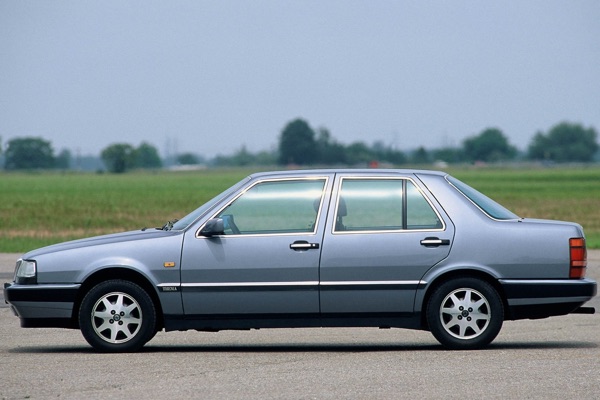 A total of 3,971 Thema 8.32s were produced, so it is a car almost as rare as the Ferrari Mondial. And the good news is that even though a new Thema 8.32 cost more than the M5, the Lancia is currently a real bargain compared to the E28 M5, which now costs several times more. You can buy an 8.32 in decent condition for EUR 10,000–15,000, making it probably the cheapest way to have a Ferrari V8 under the bonnet.