The Cadillac Allanté - Superb Failure or an Automotive Beanie Baby? IN A TIME OF REAGANOMICS AND ALL-ROUND NATIONAL OPTIMISM, THE CADILLAC ALLANTÉ WAS CREATED TO CHANGE PERCEPTIONS OF THE AGEING GM BRAND AND GO HEAD-TO-HEAD WITH SOME OF EUROPE’S BEST GTs…

Cadillac, a marque which was once touted as “the standard of the world”, was in dire need of a refresh by the mid-1980s.

During the era of Ronald Reagan, shoulder pads, and when a general feeling of “anything is possible” coursed through the veins of American society, the General Motors-owned marque was still using the same formula that it had been using unchanged for decades - big chrome, big V8 engines, soft suspension, cushy seats, and handling characteristics akin to riding downhill inside a shopping trolley whilst using a corn broom for steering.

As an example of Cadillac’s power inefficiency, an ‘85 Seville equipped with a 4.1-litre V8 produced an anaemic 135bhp. This is akin to Connor McGregor walking into a fight, throwing one weak punch, saying something along the lines of, “You know what guys, I just don’t feel like doing anything today”, and then wandering off to the pub and staying there for the remainder of his existence.

For reasons we’ve just looked at, Cadillac’s dated styling and creaking technology were deterring a large portion of their domestic market - especially younger buyers with cash on the hip.

Hoards of American yuppies in need of a luxury car were flocking in droves towards the likes of Mercedes-Benz and BMW for their contemporary designs, power, and handling advantages over their US counterparts.

Cadillac knew that they had to adapt, or else they’d simply fall into the Blue Rinse market with the likes of Buick and Oldsmobile - two additional GM brands that were favored by the elderly due to their resemblance of cars from a bygone era.

Designed and Made (Kind of...) In Italy and then Screwed Together in Detroit, the Cadillac Allanté was a Quirky Concept from the Off

Cadillac needed an answer and so they turned to Pininfarina to create the Allanté - GM’s answer to the Mercedes-Benz SL, and Jaguar XJS; two cars which had resonated hugely amongst the popular, wealthy young things of Reagan’s America.

Turning to their colleagues in Turin wasn’t necessarily a revolutionary tactic for the Folks from Detroit. Cadillac’s relationship with Pininfarina dated back to 1931, when the Italian design house built the bodies for the V16-powered Cadillac 452A roadster.

In 1959, Pininfarina also designed and constructed the bodywork for the Cadillac Brougham - one of the most luxurious American cars of the post-war era. With history in mind, Cadillac once again forged a deal with the famed Italian coachbuilder for the Cadillac Allanté. 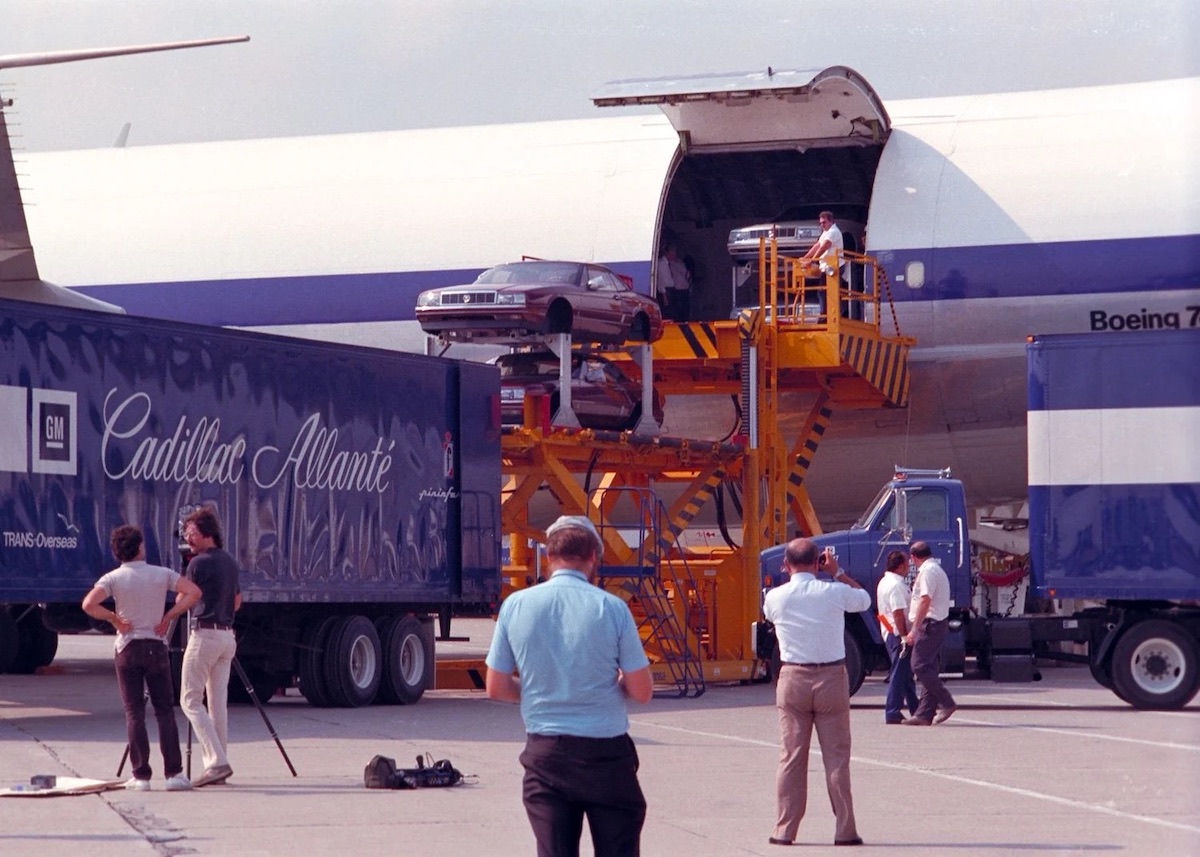 Pininfarina carried out the Allanté’s design, constructed the bodies, painted them, and even fitted the cars with convertible tops and the interior trim provided by GM.

Once this stage was complete, the shells were then flown off in a modified Boeing 747 from Turin to Detroit, where the cars would receive their engines, transaxles, and the majority of their mechanical components.

This entire process was hailed as “the world’s longest assembly line”, and on top of this unorthodox production method, even the mundane task of selecting the car’s name was done from a list of 1,700 computer-generated terms that were created at random.

All this International Travel Made the Cadillac Allanté Expensive. It wasn’t Very Fast until Its Final Year, Either

Like the aforementioned Seville, the Allanté shared the same 4.1L V8, but with an increased output of 170bhp. Despite this, that power was sent to the front wheels and the cars were only available with automatic transmissions.

Considering that the entire project was conceived to compete with some of Europe’s finest GTs, these key aspects of the Allanté’s DNA hindered any consumers who were seeking true performance, especially with its absurdly high price tag.

Cadillac had projected to sell 6,000 units annually, but ended up selling around half this figure each year on average. 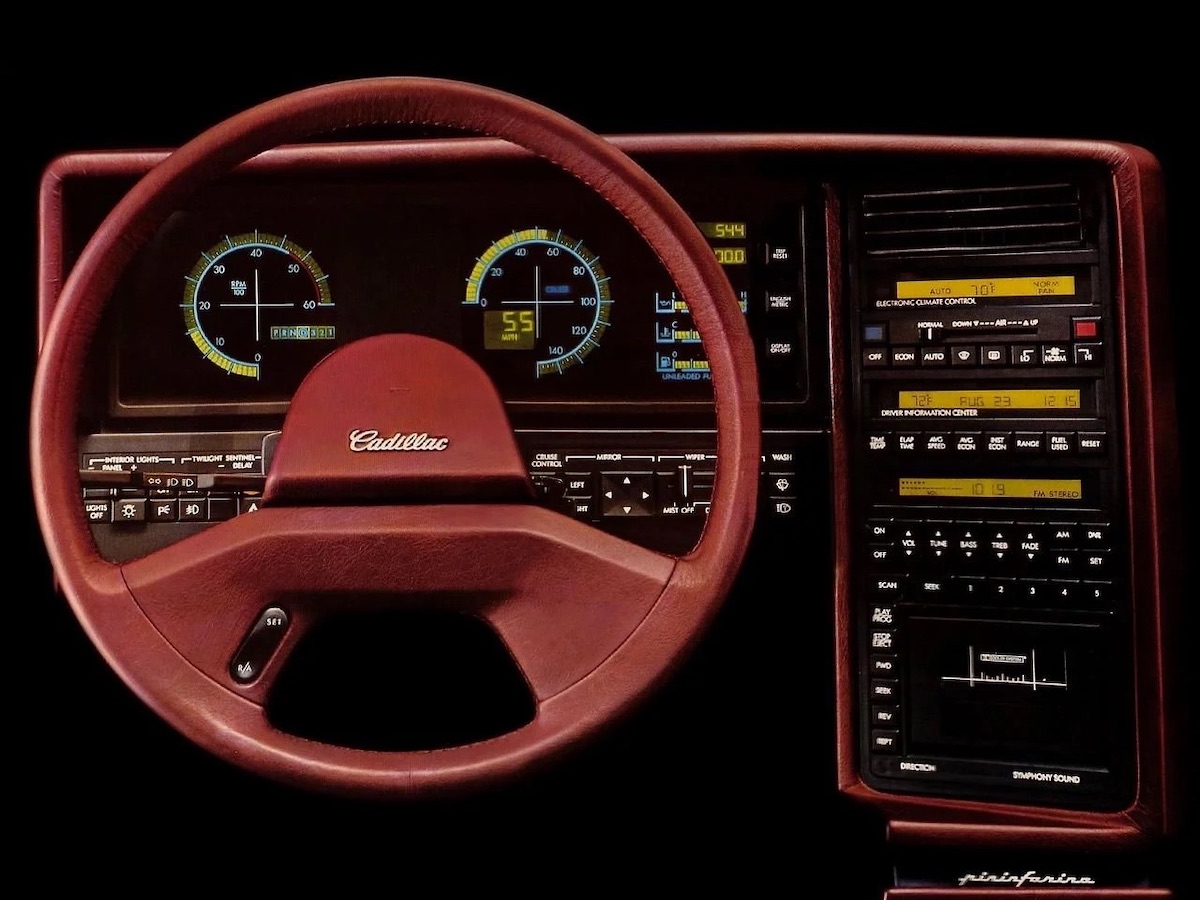 The Cadillac Allanté was packed to the hilt with standard equipment that’s still highly-sought after in 2021, including a digital dashboard and a Bose stereo system
© Curbsideclassic.com

Different engines and transmissions were experimented with, but it wasn’t until 1993 (the final model year) that the Allanté received substantial power via Cadillac’s 4.6L Northstar V8, which delivered 295bhp with the help of four overhead cams and four valves per cylinder. This single advantage had a seemingly strong reaction on sales, with 4,670 units being sold in 1993 - more than any other year for the Allanté.

Still, the Northstar proved too little too late to save the model from extinction, and over its seven-year run, 21,430 Allantés were produced. This was utterly ridiculous in terms of Cadillac’s standard production numbers. For example, in 1987, over 65,000 Broughams were sold in that year alone. Although the

Allanté was a niche car that was never intended to be sold in high numbers like Cadillac’s domestically-produced models, it still fell far short of the company’s goals.

Will 2021 be the Year When the Cadillac Allanté Achieves Collectable Status?

Despite the apparent rarity of the model, good examples are still somewhat easy to find in 2021. This is mainly due to the nature of the owners, as a strong portion of them ended up stashing their cars away for several years with the hopes that their value would eventually increase.

Their efforts were unfulfilled, as the future wasn’t very kind to the Allanté, and prices continued to drop before stabilizing… To an extent, and only very recently.

Personally, I’ve always considered the Allanté to be the automotive equivalent of a Beanie Baby - you know, those little understuffed plush toys from the 90’s. People bought them in hoards, then hid them away with the same lost hopes that someday they would have a collectible car on their hands. 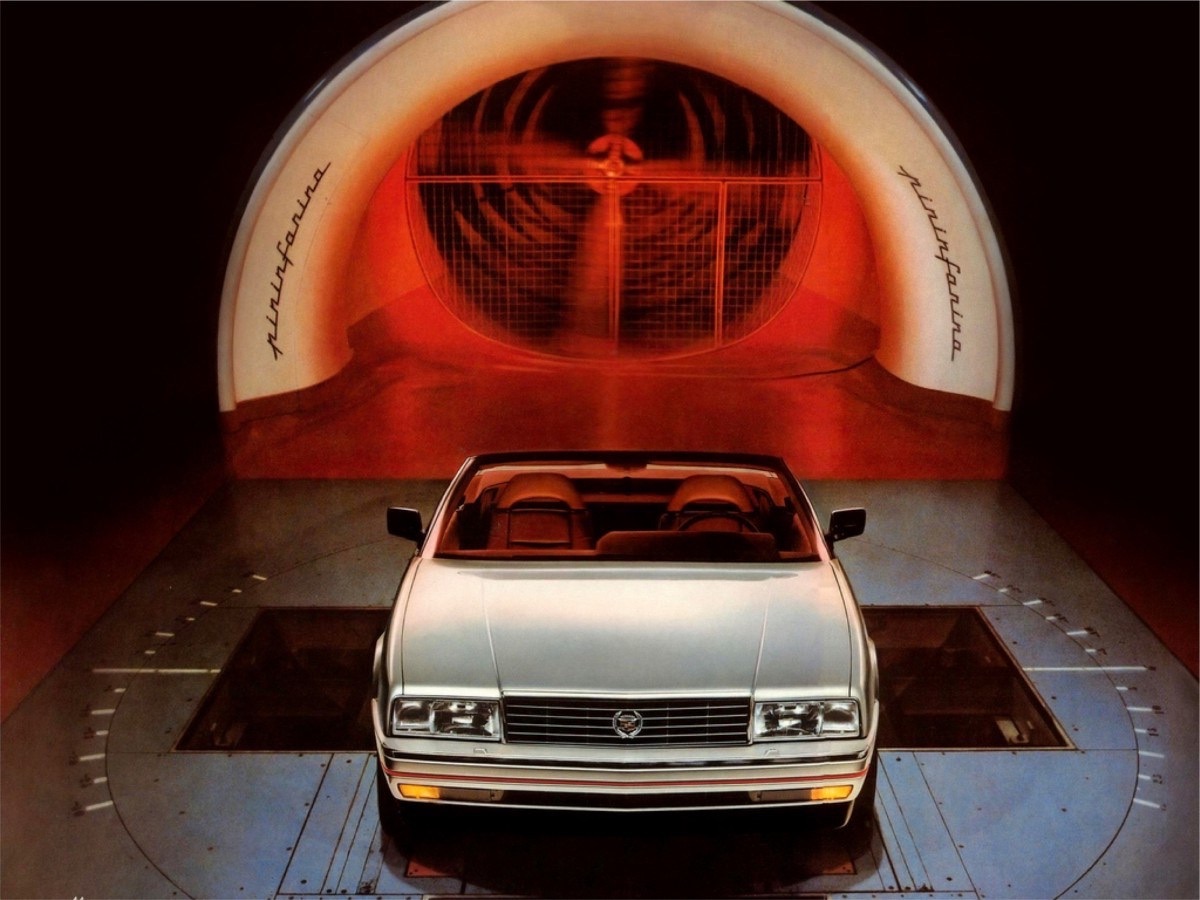 Is 2021 when fans of the Cadillac Allanté are finally proved right with their choice of car?
© The Truth About Cars

Regardless, it should be noted that despite the massive depreciation, the divisive Allanté still held its value more than any Cadillac product of that same era.

These days, with the Radwood movement and the increasing interest in cars from the 80’s and 90’s, we may actually be reaching that long-awaited time that finally raises the Allanté’s status to that of a true collector’s car.

I’d personally avoid the Northstar version if you’re seeking to buy one, as the engines tend to have the stability of a hydrogen bomb that’s been doused with gasoline, set ablaze, and dropped down an elevator shaft.

Do you agree with Mr. Obscure’s take on the Cadillac Allanté? Let us know your thoughts in the comments section below, and click here to follow his Obscure Cars Daily page on Instagram.

Meanwhile, if you want to own one of these slices of Radwood Americana, take a look at the Cadillac Allantés listed on Dyler.com by clicking these four yellow words.