The Citroën DS: A Goddess Ahead of its Time

Post–World War II. Europe is emerging rather quickly from the devastation of the war. New materials, new fashions, and a new style of life. Meanwhile, cars are still old for the most part, with broad running boards and lamps perched on them meekly. Europe needed something new. Something that hadn't been seen or driven before. Something shocking. All of these features were combined in a single car from France, after which the European automotive industry would never be as it was before.

That car was the Citroën DS. A car that is regularly selected as one of the most memorable cars of the 20th century, usually only conceding to the Beetle and the Ford T. Even a person who is not interested in cars at all could recognize the DS. Because it is an exceptional car, even these days, when the streets are full of bubbles that all look alike. It's not for nothing that Classic & Sports Car chose the DS as the most beautiful production car of all time.

It all started... well, in this case we're better off without the history so that the exclusive aura of the DS isn't ruined. Let's just say that in 1955, another Paris Motor Show came around. The public knew that Citroën was getting ready to launch the successor to the Traction Avant that had been in production since 1934. This car was also an icon in the history of four wheels – it was the first front-wheel-drive production car in the world, and in addition to other innovations, it had a unitary body with no separate frame, just like modern cars. However, its design – though it looked nice – was already from another era that hadn't seen the horrors of World War II. The Atomic Age needed something that had never been encountered or seen before. 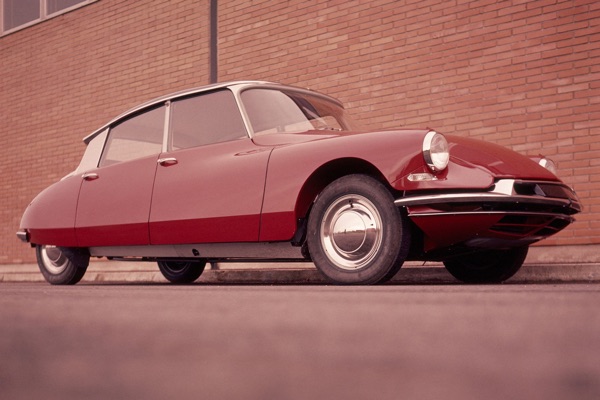 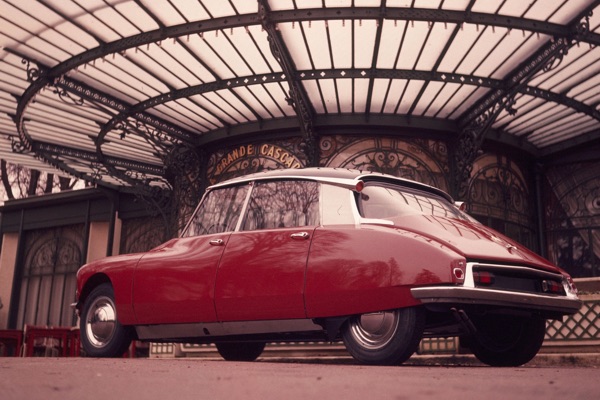 And the public got just that in Paris. The moment the DS was unveiled, all of the other cars at the show were forgotten. The DS was all the public needed. In the first 16 minutes of its acquaintance with the world, the DS got 743 orders – that's 16 per minute. During the first day it was on exhibit, 12,000 people wanted to buy the DS. Even Elon Musk would envy figures like these. Incidentally, the 80,000 orders placed over the 10 days of the Paris Motor Show are a record that has stood for over 60 years. Everyone wanted a goddess from France. Even though the "DS" in the name was conceived in the factory to denote "Desiree Speciale", the public – euphoric about the new model's charm – deciphered these letters as "déesse", which means "goddess" in French.

And it was a goddess indeed. The DS wasn't simply chock-full of innovation – the DS was the car of the future that no other manufacturer of the time could match. Four disc brakes (equipped in a production car for the first time in the world), standard power steering, new-age materials, a fibreglass roof to reduce the car's weight and increase the body's stability, a semi-automatic transmission that didn't require constantly pressing a heavy clutch pedal, directional headlights and a host of other innovations that even the cruisers from Detroit couldn't have dreamed of at the time. 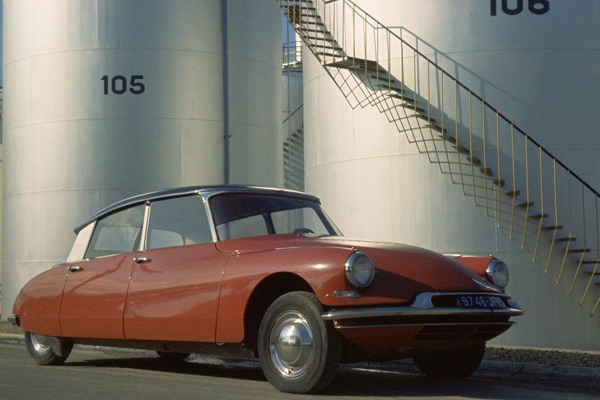 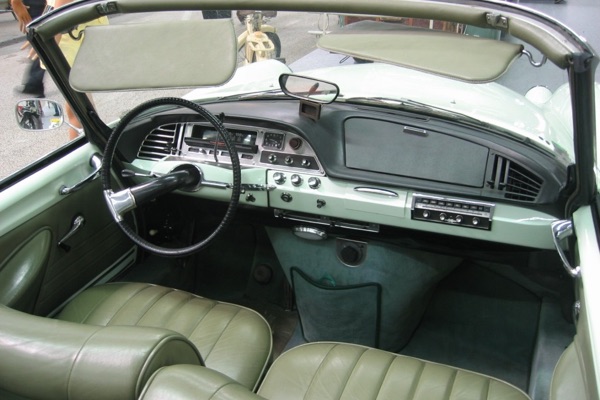 And the most important of them was the hydropneumatic suspension that became part of global automotive history all on its own. Back when a large portion of cars on the road were jolting on their springs, the DS was consistent with its design and rose up like a real flying saucer. The hydropneumatic suspension didn't have the suspension elements that we're accustomed to – driving comfort was ensured by a hydraulic pump, a ton of green fluid, and all sorts of tubes that turned a regular Sunday drive into a trip to the 21st century.

This unique suspension system that provided such exceptional driving comfort was created by Paul Magès. It is said that while developing the suspension of the future, Magès kept French playwright Marcel Pagnol's quote on his desk: "Everyone thought it was impossible, except an idiot who did not know and who created it." The principle behind how the suspension works is basically simple – the pressurised nitrogen in the sphere keeps the hydraulic pressure in the system constant, thus maintaining stability on the road. Yet taking the technology of that era into account, the seemingly simple system was bloody hard to implement in metal. The first car to try the hydropneumatic suspension was not some DS prototype but rather – a plain old 2CV. After 15 minutes of going up and down in the factory yard, it broke down, spilling all of its hydraulic fluid onto the ground. 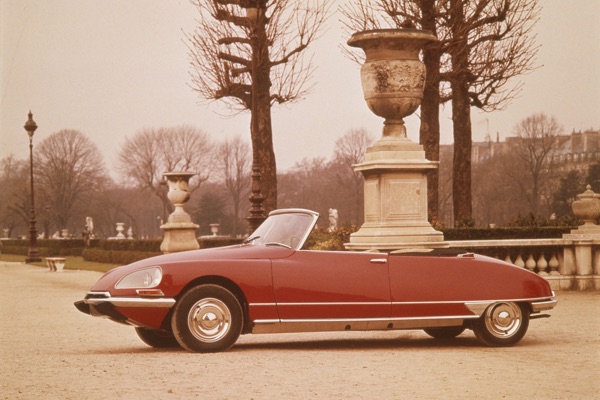 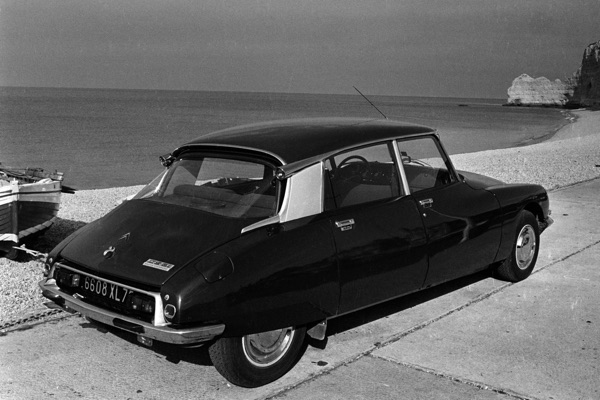 However, the French uncharacteristically decided not to give up and ultimately tested the suspension in a production vehicle. The Traction Avant that came out in 1954 had the same rear suspension as in the DS – future space age technologies were being developed in the model. Although in the DS it was not only used for the suspension, but for the brakes and power steering as well – the meticulousness of the French engineers that allowed them to create this kind of system and make it work reliably is simply incredible. The softness of the suspension is evidenced by the fact that a few years later, Rolls Royce – the epitome of automotive comfort – acquired a license from the French to install it in their own models. 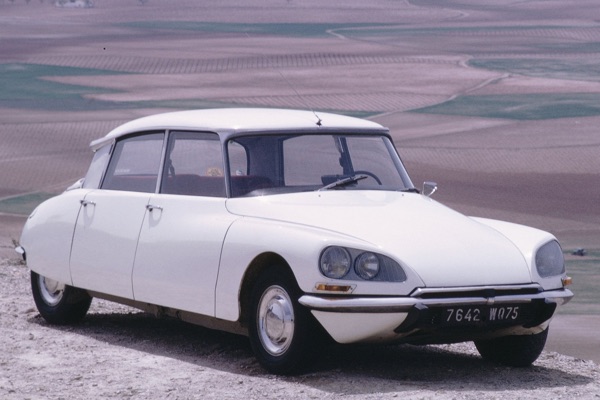 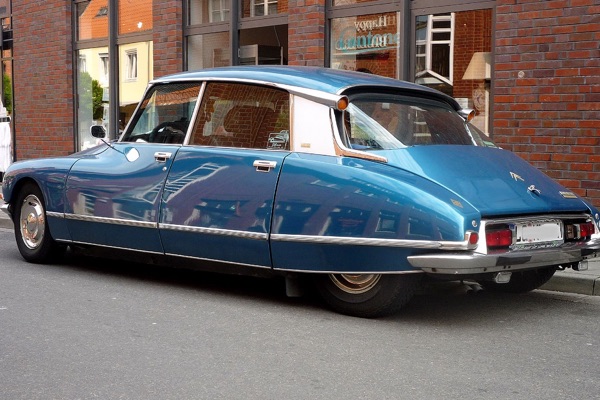 By the way, Magès was a talented designer, but he was also very disposed towards innovations. He was one of the first in France to wear nylon shirts, and promoted the use of man-made fibres in every way. This was also reflected in the goddess with the double chevron: the interior of the DS was upholstered with synthetic materials. The cabin itself was also unlike that of any other car produced at the time. The Citroën's steering wheel alone is worthy of a separate Dyler article – connected with a single spoke, it required technology that took a long time to perfect, since otherwise the steering wheel would have simply lost its circular shape for lack of rigidity.

It's probably not surprising that the DS was more comfortable than any other car previously produced. Its suspension permitted it to drive the gravel roads of post-war France as softly as if it was on the German Autobahn, and it barely deviated at all when taking a curve. Another design feature that contributed to better ride quality was different front and rear track widths. This reduced the unequal front and rear axle loading, so the DS didn't have a classic front-wheel drive car problem: understeer. It would appear that such a perfect car would need a perfect six- or even eight-cylinder engine, right? Unfortunately, this is the only area where the DS is completely uninteresting. Due to the tax horsepower system in place in France, the DS only had a four-cylinder engine, with displacement ranging from 1.9 to 2.3 litres. Very modest compared to the capacities that Detroit was putting out at the time. But that didn't stop the DS from becoming a part of history. President Charles de Gaulle only survived an assassination attempt because the car that was carrying France's head of state was a DS. Its unique suspension allowed the car to escape at full speed through winding roads even with tyres punctured by bullets – something no Mercedes could have even dreamed of. 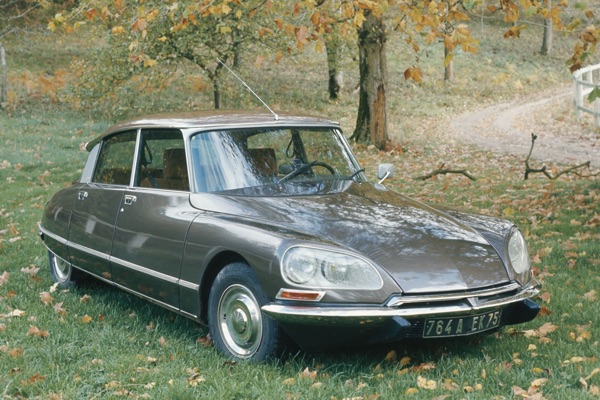 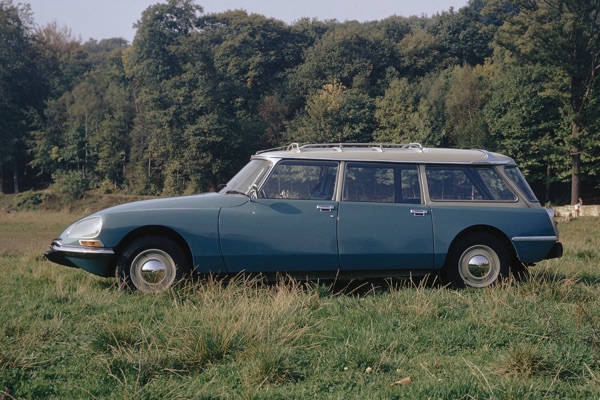 If you, like 99 per cent of the people who have seen a DS, have been left impressed, you can have one in your yard for a small amount of money. Depending on the condition, you might shell out anywhere from a few thousand to the price of a new BMW for a piece of automotive history. Given, you’re better off avoiding a total clunker. Restoring a DS – and especially its hydraulic system – will cost you so much that you'll understand why well-maintained models are so expensive. 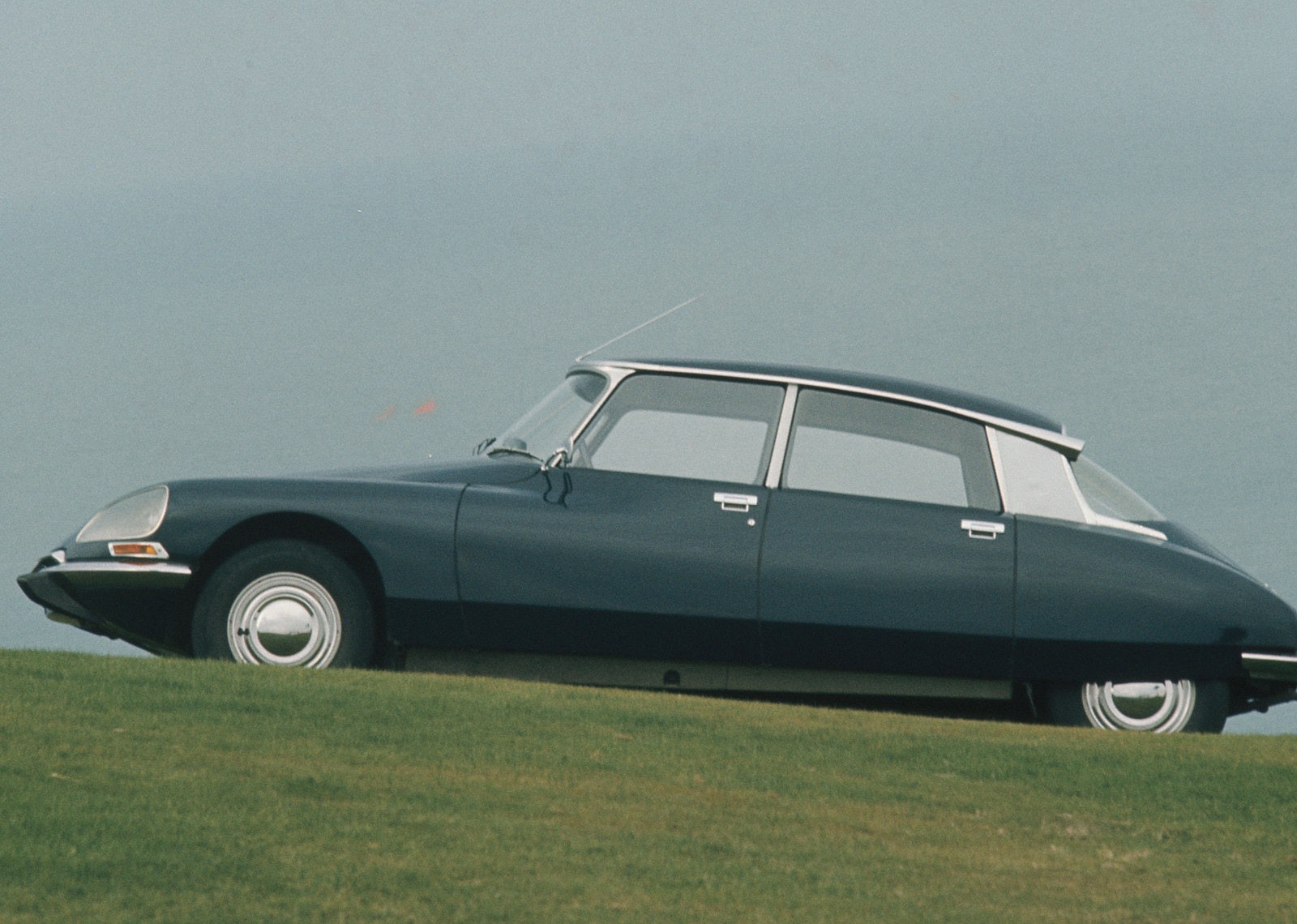 Obviously, all this is just a small part of what an entire book could be written about, and that still wouldn't be enough for the DS name. Citroën released about 1.5 million units of the DS in total. It was in production for 20 years, which is a crazy number for any car manufacturer. Even though the DS was replaced by the no less charismatic SM, the latter did not take the place of the DS in history as the vehicle that has had perhaps the greatest impact on the global automotive industry ever. To this day and for a long time to come, the DS will be recognised as "that futuristic car that looks like a flying saucer", even when the model's 100-year anniversary will be around the corner.