In Paris on February 5, 1878, Levie Citroën, a diamond merchant from the Netherlands, and his Jewish wife, Masza Amelia Kleinman from Warsaw, Poland, heard the cry of a newborn and got one more hungry mouth to feed. At the time, they probably had no idea that the youngest member of their family, given the name André-Gustave, would eventually become one of the most prominent industrialists in Europe – a marketing genius who would put all of France behind the wheel of a car.

As is often the case in a wealthy family, the life of the Citroën family seemed peaceful and well-off. They belonged to the upper middle class, which meant attending banquets with the crème de la crème of Paris as well as the acquaintances made there, and André himself studied at prestigious schools whose graduates subsequently became distinguished members of society. Without a doubt, these connections were beneficial to young André's business success a few decades later. However, it turns out that their family life only seemed carefree. When André was six, his father committed suicide. It is thought that this was due to a failed venture in a diamond mine in South Africa; the incident obviously must have had a negative impact on the boy's consciousness. However, there were also other events in his surroundings that led to the formation of the future god of European cars.

André grew up in the late 19th century – a period when something was being discovered every day, and Jules Verne was enticing the world with images of the near future. It is reputed that it was the works of this writer and the construction of the Eiffel Tower for the World's Fair that made André want to become an engineer. He studied at the Paris-based École Polytechnique, which was perhaps the most eminent engineering school in France, and graduated in 1900, as the calendar changed centuries. While visiting his mother's homeland of Poland the same year, the young man was introduced by his uncle to a local cogwheel factory. He was particularly impressed by the method of producing wooden herringbone gears that was as yet unknown in France and patented in the Russian Empire; Citroën immediately acquired the patent for this and started production in France, having come up with a way to improve the technology for making the gear out of metal. And this is how the brand got the double chevron logo that we know to this day, nearly unchanged since back when the company began to manufacture cars. 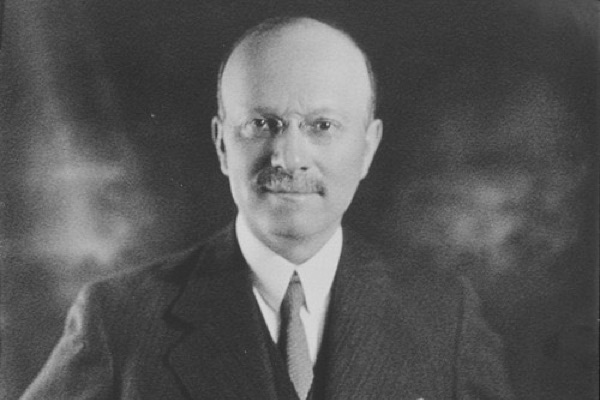 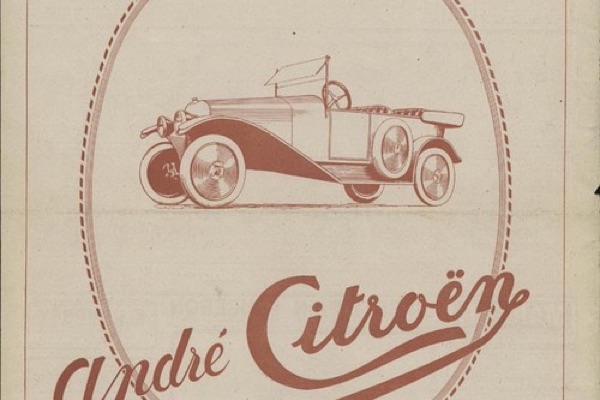 Of note is the fact that the Citroën factory has been in existence longer than it has been manufacturing cars. In 1902, André invested everything he had in a workshop that produced the herringbone gears that were in such demand in the growing European manufacturing industry. Three years later, the workshop became the Citroën company. Citroën products became even more popular during the war, since gears were needed for various types of artillery. The Quai de Javel factory was built in Paris on the banks of the river Seine, where it was able to produce 20,000 shells per day. 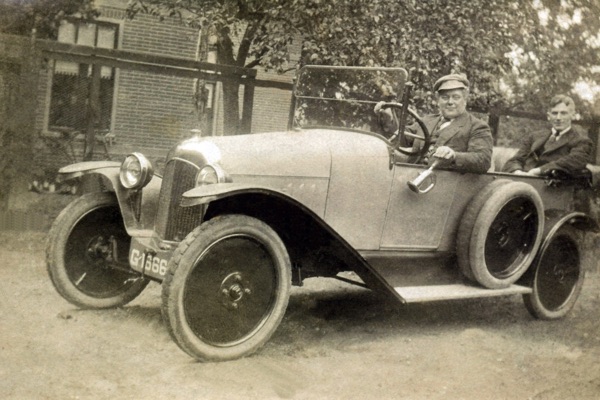 The Citroën Type A Torpedo 1919 in front of a farm, Melkpad 10, in Hilversum, The Netherlands
© Wikimedia Commons 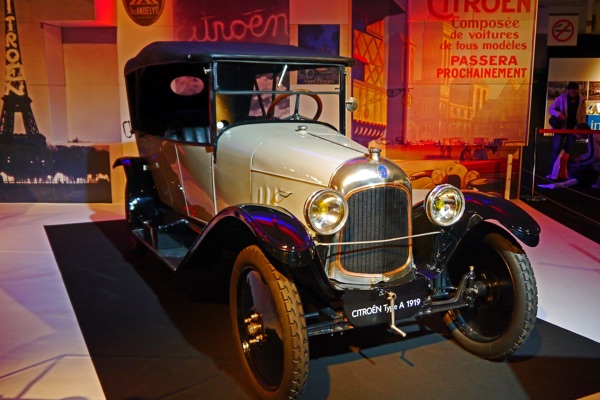 The war finally ended, leaving a completely different world behind. On the other side of the Atlantic, Henry Ford was flooding the streets with cars that even the poor were able to afford. Having first met Henry before the Great War and eventually becoming a close friend, André decided not to lag behind. Citroën realised that a car could only be cheap if it was produced in the largest quantities possible. Thus, the Type A10 HP was rolled out onto French and European roads – the first car in Europe to be produced in such large numbers.

However, nobody will buy a car if there is nobody to look after it. So Citroën created a huge network of dealerships and garages for servicing the A10 that stretched throughout all of France. Demand for the A10 was growing on a daily basis, and Quai de Javel became one of Europe's largest factories, with 5,000 people manning its conveyors. 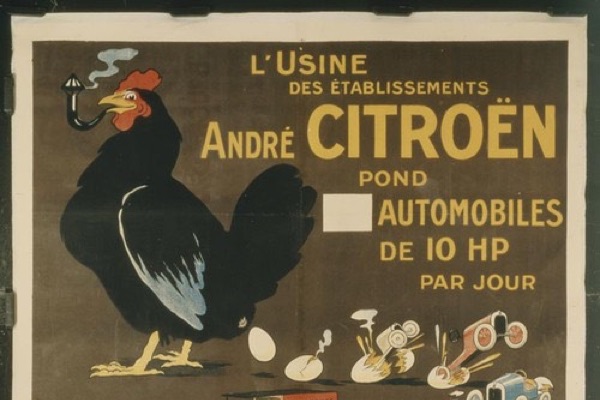 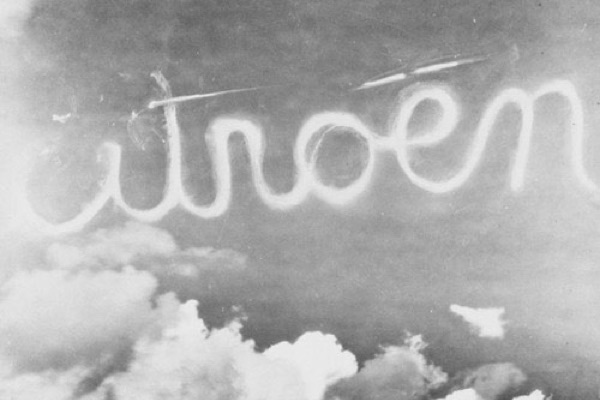 The A10 was replaced by the Type B2, and André used every trick he had up his sleeve to advertise his marque. For example, during the Paris Motor Show, an aircraft wrote the name "Citroën" in the sky, and André branched out to children with their parents' wallets in mind – he started making pedal B2s that were miniature replicas of "dad's car". Citroën's marketing skills peaked in 1925, when 250,000 lights lit up on the Eiffel Tower to spell out the Citroën name; visible throughout practically all of Paris at night, this advertisement became a beacon for another hero of the time – Charles Lindbergh – as he completed his flight across the Atlantic. During the early '30s, Citroën was already the fourth largest manufacturer of cars in the world.

But that wasn't enough for André Citroën. The diamond merchant's son aspired to bring Detroit itself to its knees and to become the #1 name in car manufacture. André once said: "There are 27 million cars in the world today, with 22 million in America alone. France only has half a million. While every fifth person in the United States has a car, in France it's only one in 43. That's not enough! Just as every person has a bed, clothes and shoes, everyone — and firstly every Frenchman — should also have his own car. And the road to this has almost been paved already. At the end of the Great War, there were 100,000 cars in France. There have to be 3 million of them in 1940. I, Citroën, want to provide every Frenchman and then the entire world as well with cars." 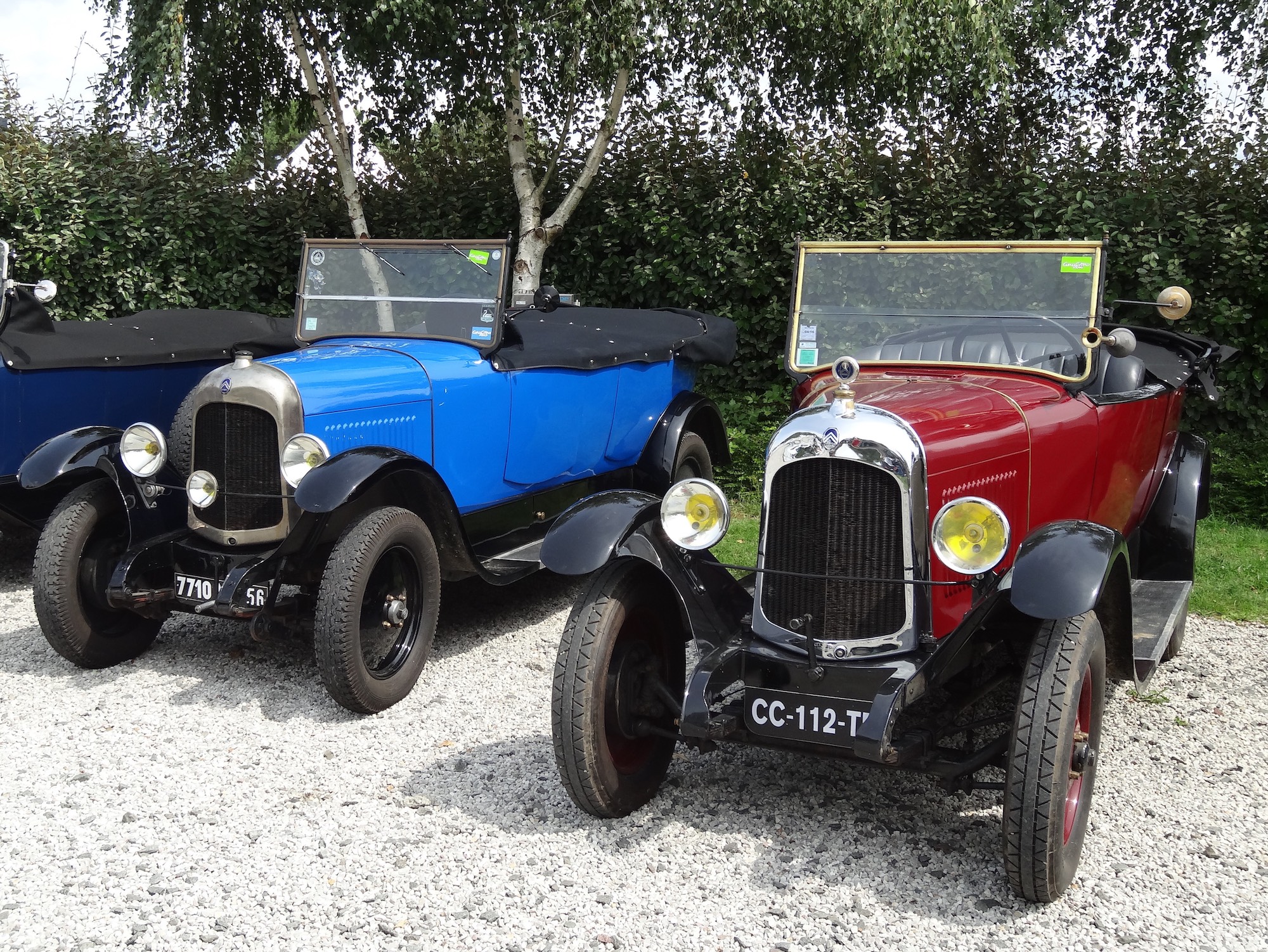 Citroën Type B2 and B12 (left)
© Wikimedia Commons

And he almost succeeded. Almost. Unable to handle its advertising expenses, Citroën filed for bankruptcy in 1934 and was taken over by Michelin, the company's largest creditor. Incapable of coming to terms with this failure, André Citroën became ill with stomach cancer and died in the summer of 1935. Even though he never earned the crown of the automotive world, André was later inducted into the Automotive Hall of Fame in Detroit; his marketing techniques are now considered exemplary, and the models that his company created – such as the 2CV, the DS and the SM – were way ahead of all the other manufacturers for quite some time.