Tale of the Mercedes Red Pig

Good engineering can make a car reliable, attention to detail can make it luxurious, fine tuning can make it into a definitive driver's car, but all of the latter listed cannot make it into an unforgettable machine, which has value beyond money. The Mercedes-Benz 300 SEL 6.8 AMG is one those examples. What makes it special is its hero-like story.

Werner Aulfrecht and Erhard Melcher are the names not only behind the making of this red Mercedes, but also behind the now well-known AMG letters. Aulfrecht-Melcher-Großaspach (Aulfrecht's birth town). These two engineers met while developing and engine for the Mercedes Silver Arrows in the sixties. Although they had a fight on the first day, they both shared great enthusiasm towards developing race cars.

Their skill was not left unnoticed and customers started to come up to them. Eventually the demand for their engine work became so high they had to work nights to meet the demand. One thing lead to another and in the end Aufrecht convinced Melcher to collaborate and start their own company. In 1967 the AMG Motorenbau und Entwicklungsgesellschaft mbH (AMG Engine Production and Development, Ltd.) was opened. No marketing strategy was needed. These engineers were the only Mercedes performance tuners at the time and people quickly spread the word. 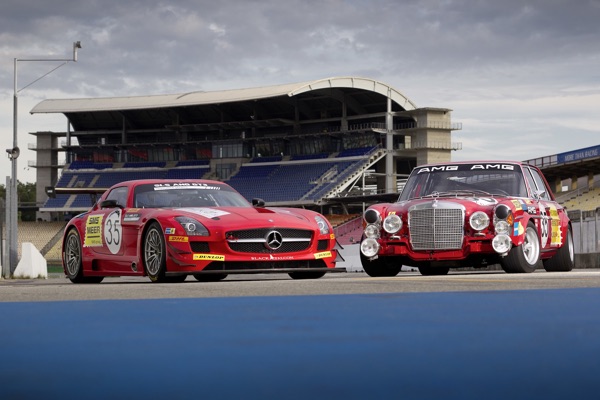 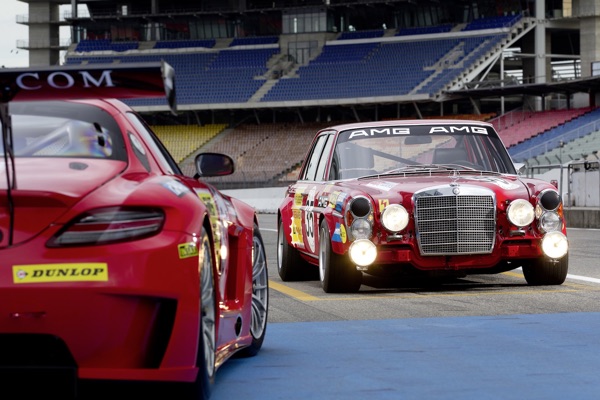 The legendary "pig" that was developed in 1971 pretty much defines GMO products. From the inside, one could hardly tell the difference from a normal 300SEL, the dashboard was decorated with wood paneling (not any light racing wood - the legitimate one), there are soft carpets on the floor, and proper accommodation awaited passengers in the back. The only things that gave away this car's purpose is the steel roll-over bar, bucket seats, and that the radio was swapped with controls for the front rally lights. Maybe Mercedes people would also notice a different sound when closing the front doors as these where made from aluminum. 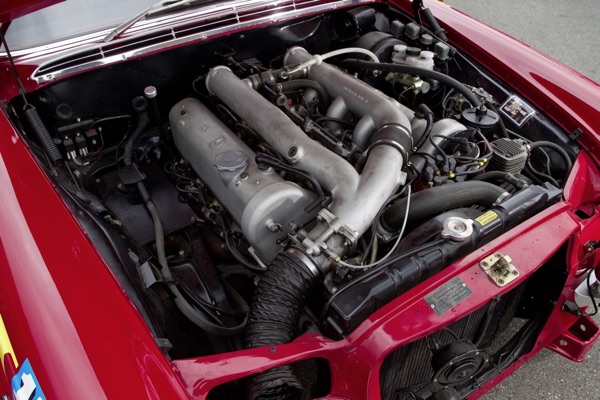 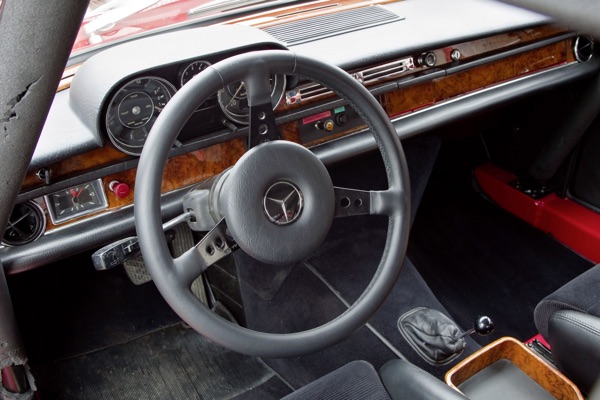 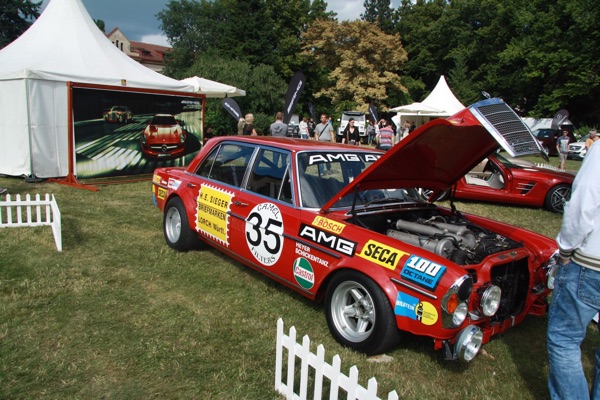 Only the replica remains
© Wikimedia Commons

The front rally lights are not the only aggressive design touches to the car - lack of bumpers, wide wheel arches with even wider tires: 335/40 r15s. When AMG arrived with their 1.5 tone barge at the Belgian SPA 24 hour race to compete against a lot smaller BMW's and Alfa Romeos, it looked as subtle as a jug of beer in a wine tasting event.

But the main thing that made the 300SEL into the hero that would later be known as "die Rote Sau" was its 6.8-liter V8, which was developed from the 6.3-liter that originally came with car. Melcher besides providing more room for the air-fuel mixture to burn, added sharper camshafts, modified arms and pistons. That boosted the engine output from 250hp and 500Nm to a tire shredding 428hp and 620Nm. And shred tires it did. The pig had to stop at the pits for a tire change and refueling quite a bit more frequently than the competitors.

Still it won in its class and second overall. All of this was enough for AMG to make big headlines in the papers. 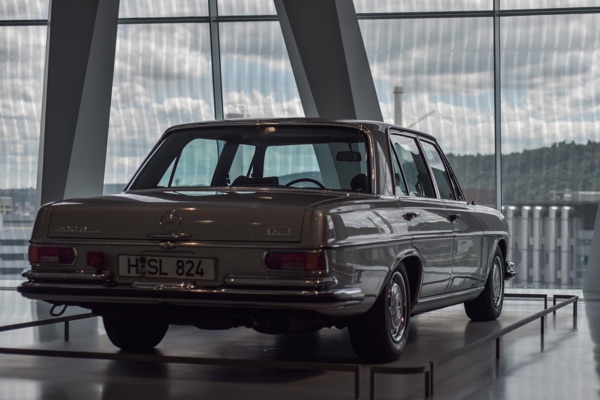 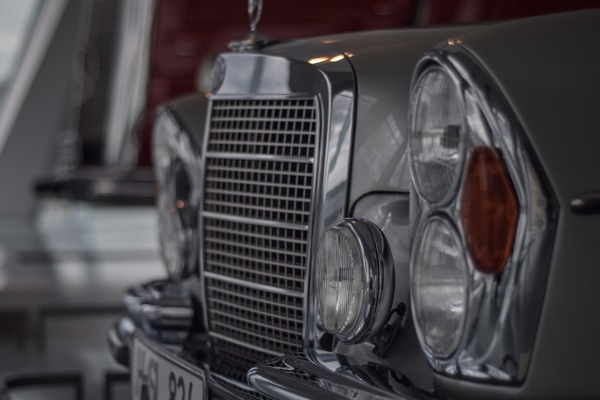 Sadly, the original car did not survive. It actually barely survived for the Belgian SPA as it was crashed in Hockenheim a few weeks prior and had to be rebuilt. But after the SPA its racing career was not as successful and the car ended up getting sold to the French military to test motorway Tarmac surfaces for their jets to land. From there on its history is not too clear but most likely the car ended up being scrapped. Fortunately, Mercedes took the old blue prints and made and exact replica for everyone to witness once more. 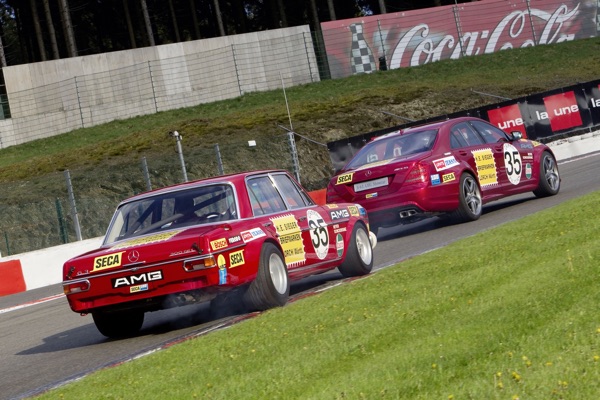