Special Exhibition at the Mercedes-Benz Museum: 50 Years of AMG

Half a century of passion for performance and sportiness: from 20 October 2017 to 8 April 2018, the Mercedes-Benz Museum is holding the special exhibition 50 Years of AMG. The main attractions are ten vehicles, engines and other exhibits charting the history of the performance and sports car brand founded in 1967, among them the design model of the Mercedes-AMG Project ONE.

The three letters AMG hold a special fascination: they stand for a multifaceted success story that began in 1967. This was when Hans Werner Aufrecht and Erhard Melcher founded their engineering consultancy. It was already known for Mercedes-Benz employees to privately build racing cars based on their employer's standard-production automobiles – and this was initially also the core business of the new company. Soon, customer vehicles, too, would be optimised for sportiness. This led to the development of an extensive range of racing vehicles and high-performance standard-production automobiles.

From 1990 onwards, Mercedes-Benz and AMG engaged in direct cooperation. In 1999 the Stuttgart-based company acquired a majority stake in AMG. Since 2005 Mercedes-AMG GmbH has been a wholly-owned subsidiary of Daimler AG. The Affalterbach-based company has already demonstrated its high level of development expertise with two sports cars developed entirely in-house, the SLS AMG and the AMG GT.

The Mercedes-Benz Museum is relating the five-decade long history of Mercedes-AMG in a special exhibition that can be seen in Collection room C5 from 20 October 2017 to 8 April 2018. The design of the exhibition takes up the highly dynamic Mercedes-AMG design idiom. Thematically, the vehicle exhibits are divided into four areas: motorsport, standard production vehicles, technology and future. One of the areas in which Mercedes-AMG has particular expertise is engines. For this reason, the exhibition additionally presents eight outstanding high-performance engines. 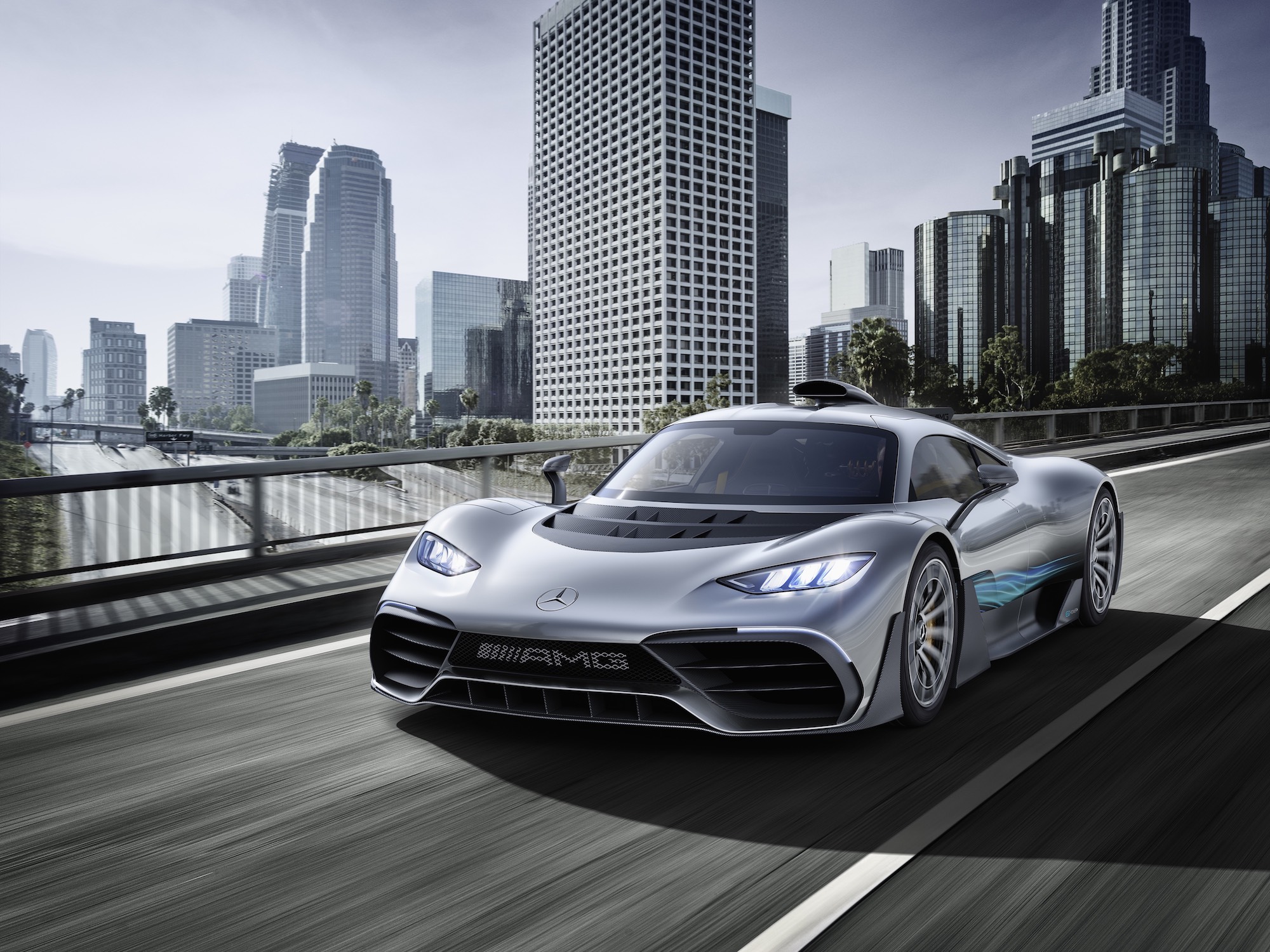 The passion for technology points the way to the company's future. This is made obvious by the design model of the Mercedes-AMG Project ONE. The showcar celebrated its premiere in September 2017, at the International Motor Show (IAA) in Frankfurt/Main. After the AMG GT Concept, the concept car exhibited at the show is the second ambassador for the Driving Performance of the future, and gives numerous specific clues that a production model is in the offing. Its plug-in hybrid powertrain rated at over 740 kW (over 1000 hp) system output is based on the Mercedes-AMG Petronas Formula One racing cars with which the Stuttgart brand won the Formula One drivers' and constructors' championships in each of the last three seasons. The drive unit consists of a 1.6-litre V6 hybrid petrol engine with direct injection, electrically assisted turbocharging and an electric motor connected to the crankshaft. Two additional electric motors are installed at the front axle. The AMG Project ONE accelerates from rest to 200 km/h in under six seconds and has a top speed of over 350 km/h.

Also to be seen in the exhibition are the current Mercedes-AMG GT R, which is displayed as a complete vehicle, spaceframe and powertrain, and the following three motorsport and five standard vehicles:

AMG 300 SEL 6.8 (1969): With this vehicle, based on a Mercedes-Benz luxury-class saloon of the W 109 model series, AMG achieved a class victory as well as second place in the overall classification at the 24-Hour Race in Spa-Francorchamps in 1971. 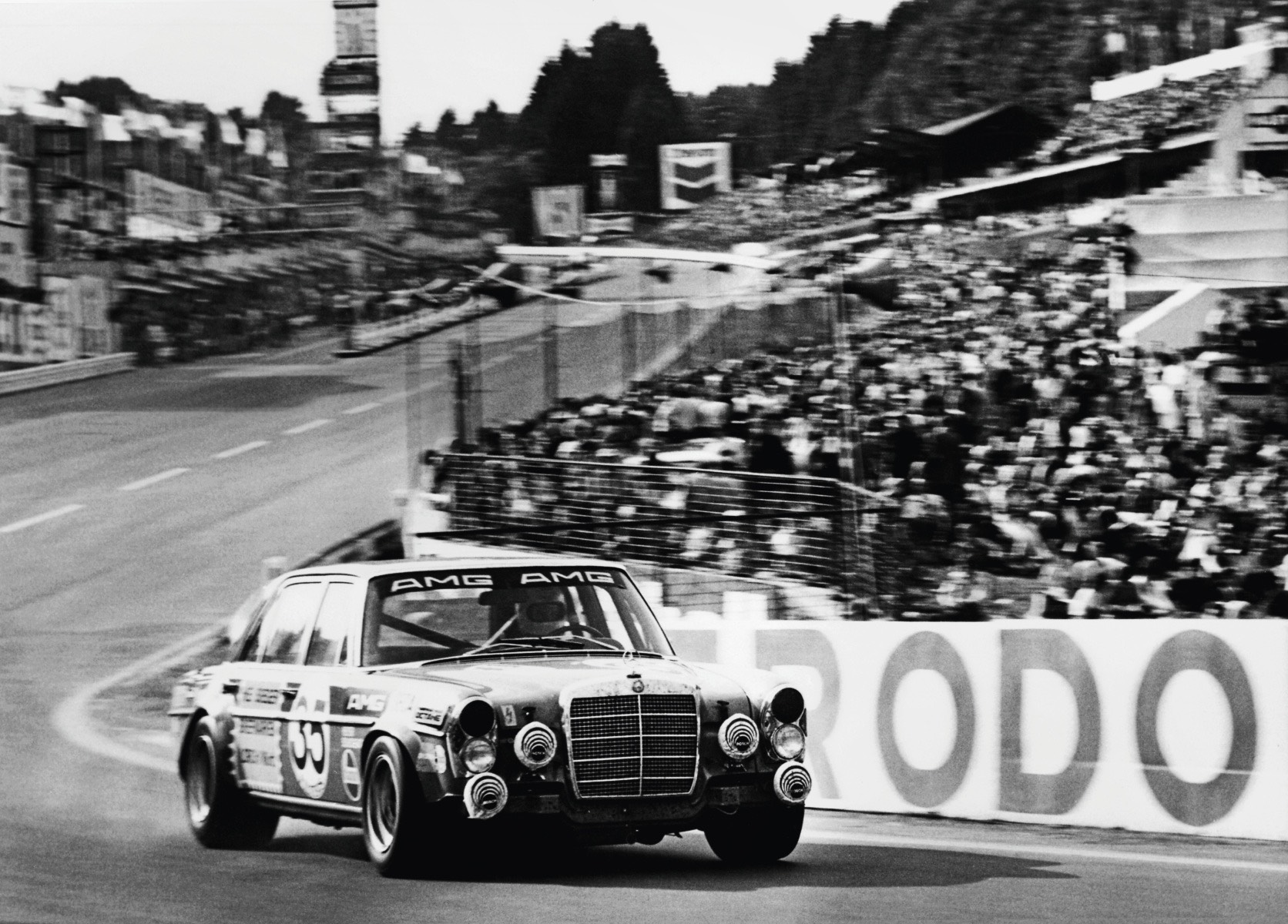 AMG-Mercedes CLK-GTR racing tourer (1997): This was the vehicle in which Klaus Ludwig competed in the FIA GT championship in 1997. The following year, he won the championship in the CLK-LM successor model. 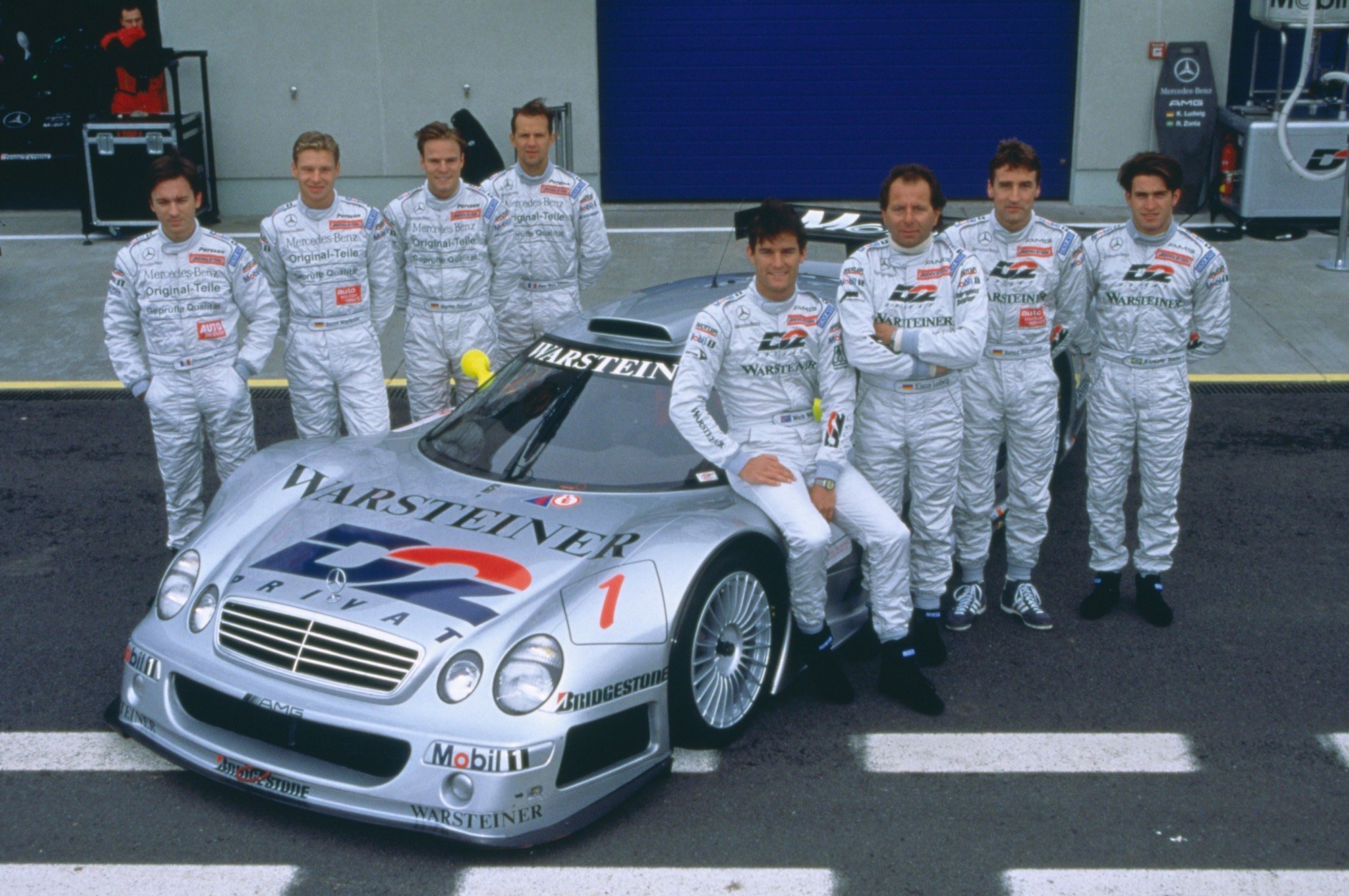 Mercedes-AMG GT3 (2016): The customer-sports racing car was produced in 2014 on the basis of the Mercedes-AMG GT high-performance sports cars of the 190 model series. In 2016, the most successful season since the inception of the AMG customer sports programme, Maro Engel, Bernd Schneider, Adam Christodoulou and Manuel Metzger from the BLACK FALCON team drove the exhibited vehicle to victory in the 24-Hour Race at the Nürburgring. 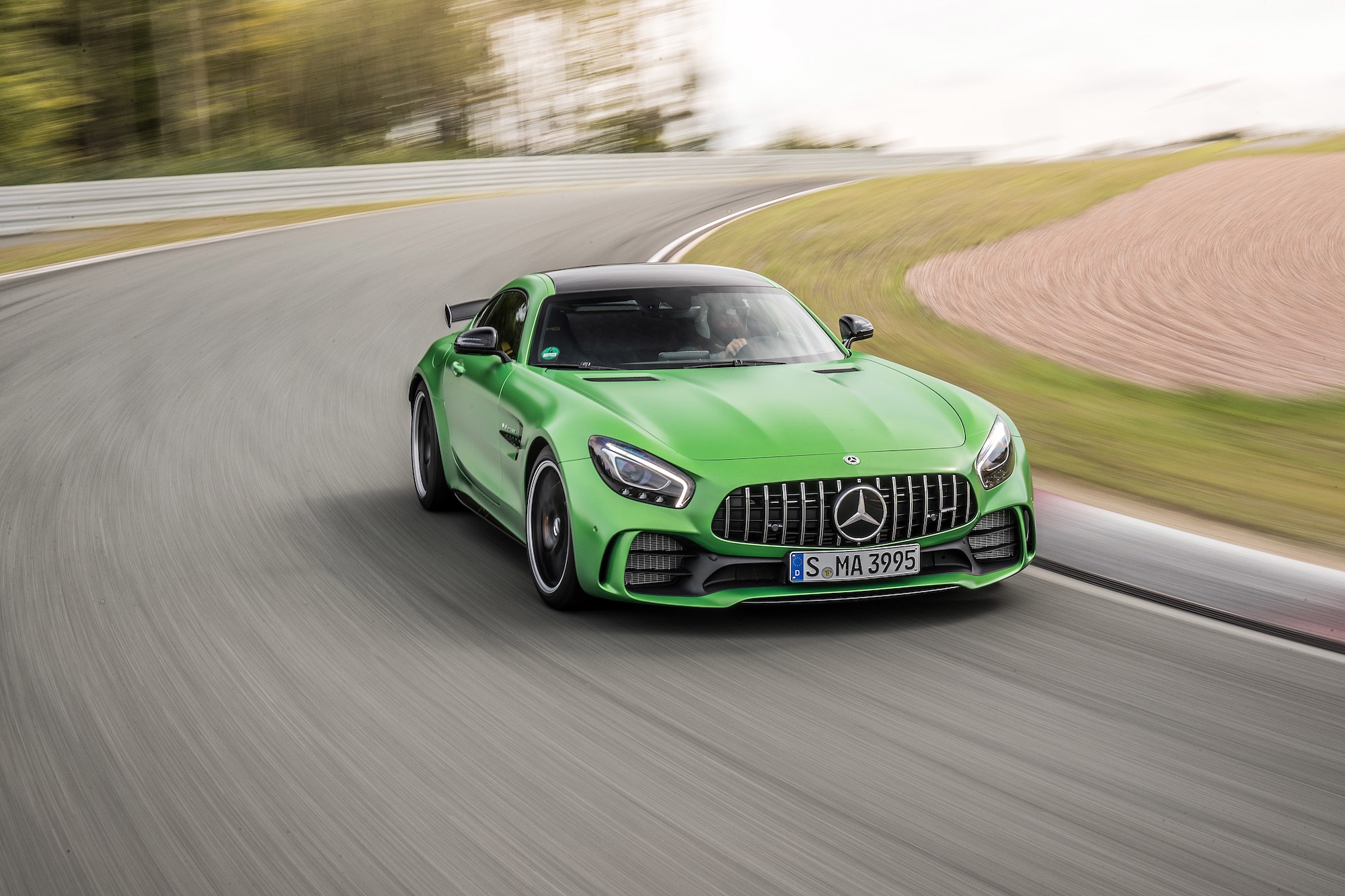 AMG 300 CE 6.0 (1986): This vehicle, based on the C 124 model series, embodies the culture of performance at the service of ambitious private customers. The US motoring press gave this car, at the time the most powerful model in the upper medium class, the nickname "The Hammer". 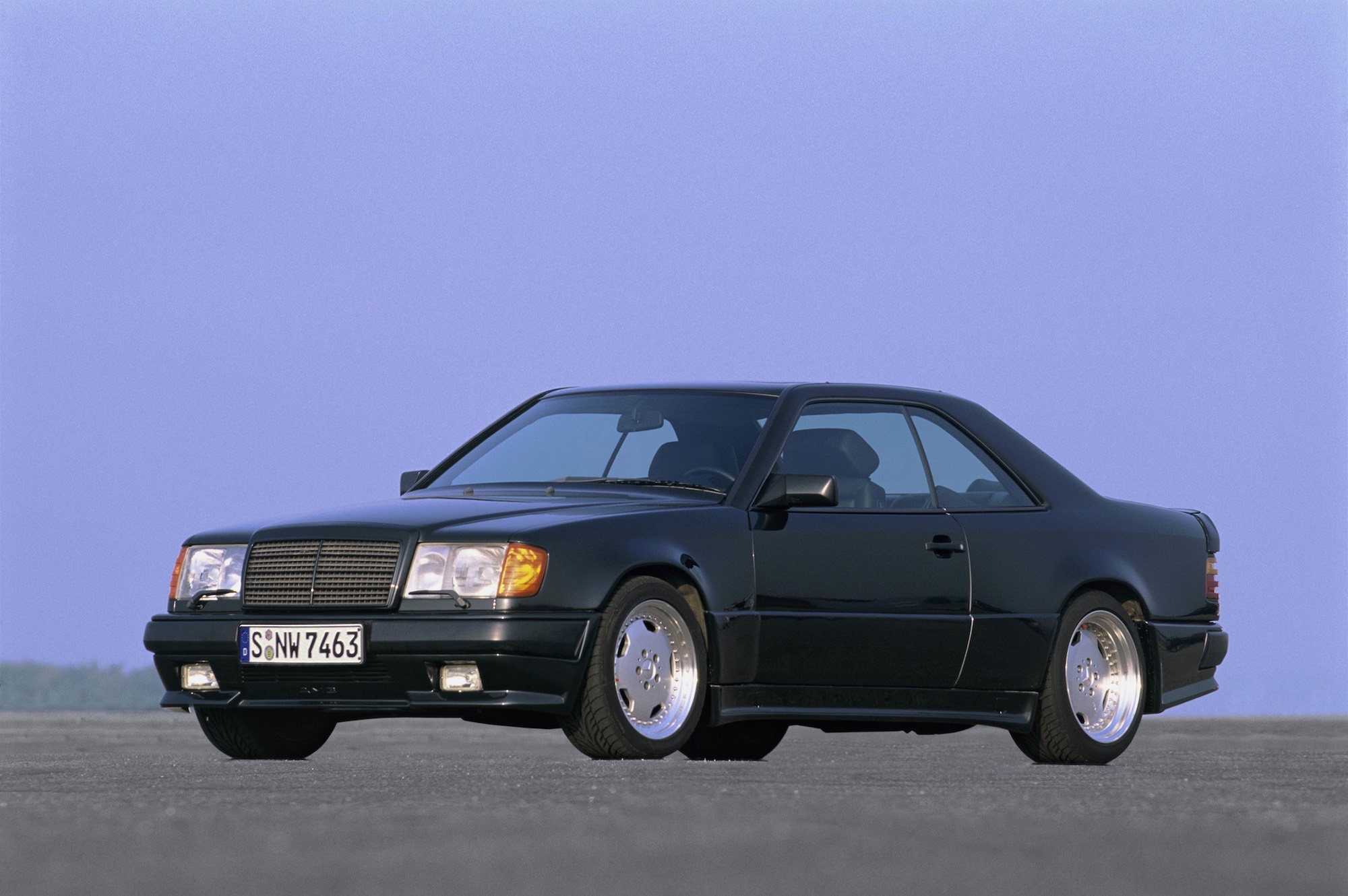 Mercedes-Benz C 36 AMG (1995): The high-performance saloon of the W 202 model series was the first production vehicle to be developed jointly by Mercedes-Benz and AMG. It founded a product portfolio that now numbers more than 50 models. 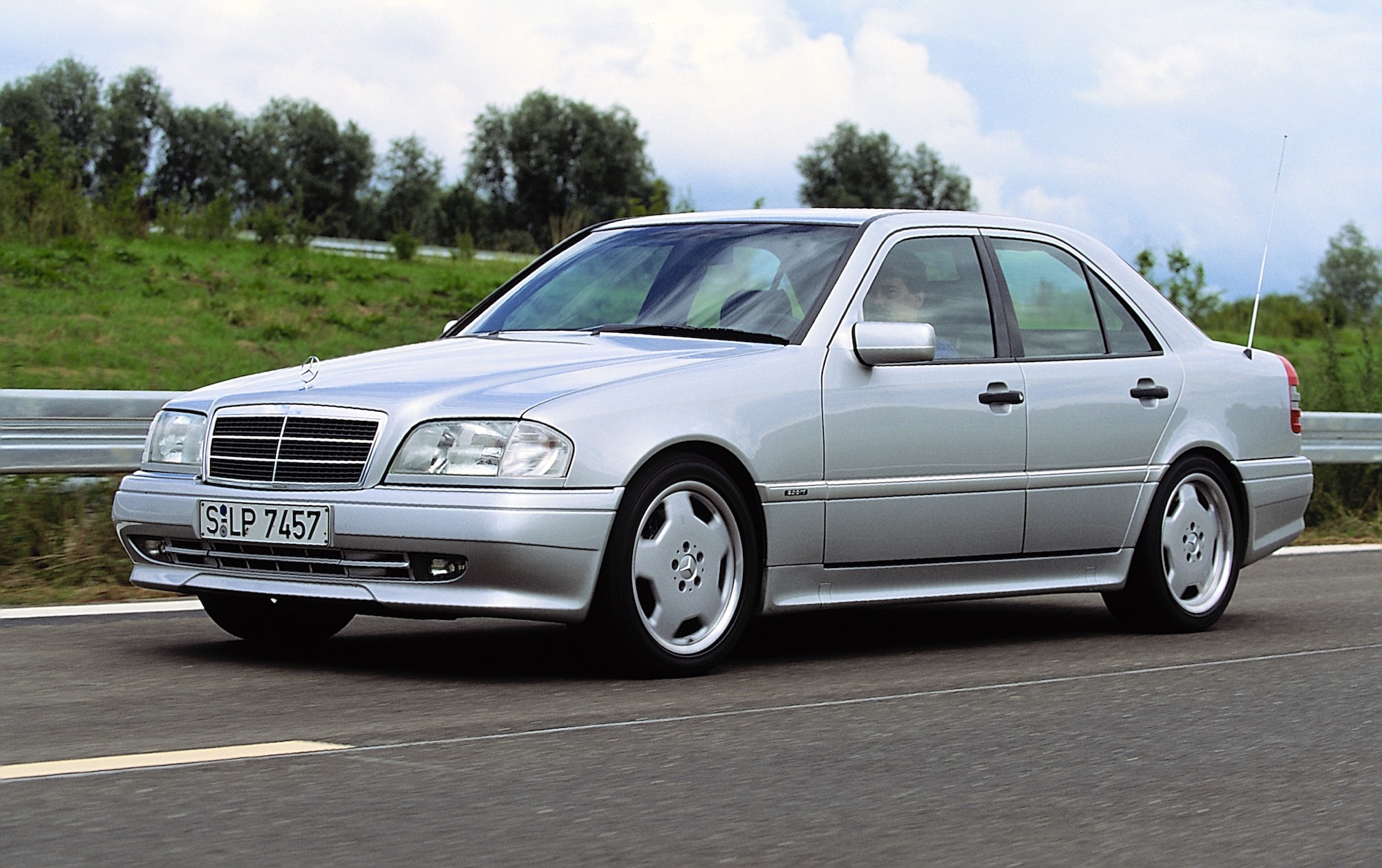 Mercedes-Benz E 50 AMG (1995): The AMG top-of-the-line model of the E-Class (model series 210) was available from 1996. The 255 kW (347 hp) Performance saloon with V8 engine came as standard with sports suspension, wide-base tyres on light-alloy wheels and AMG Styling. The E 50 AMG was available exclusively with the same new, electronically controlled five-speed automatic transmission that was used in the eight- and twelve-cylinder models of the S Class and SL sports cars. 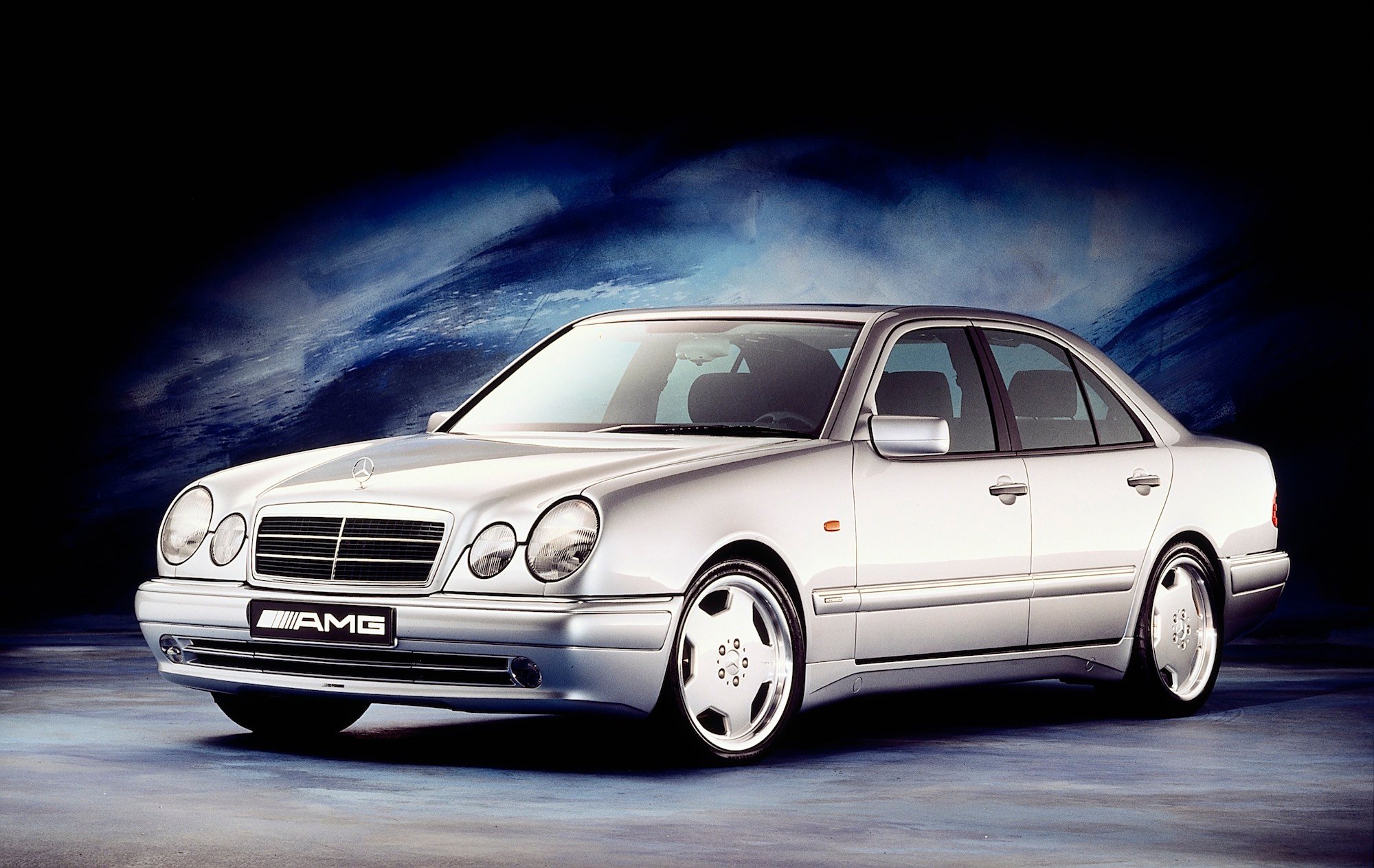 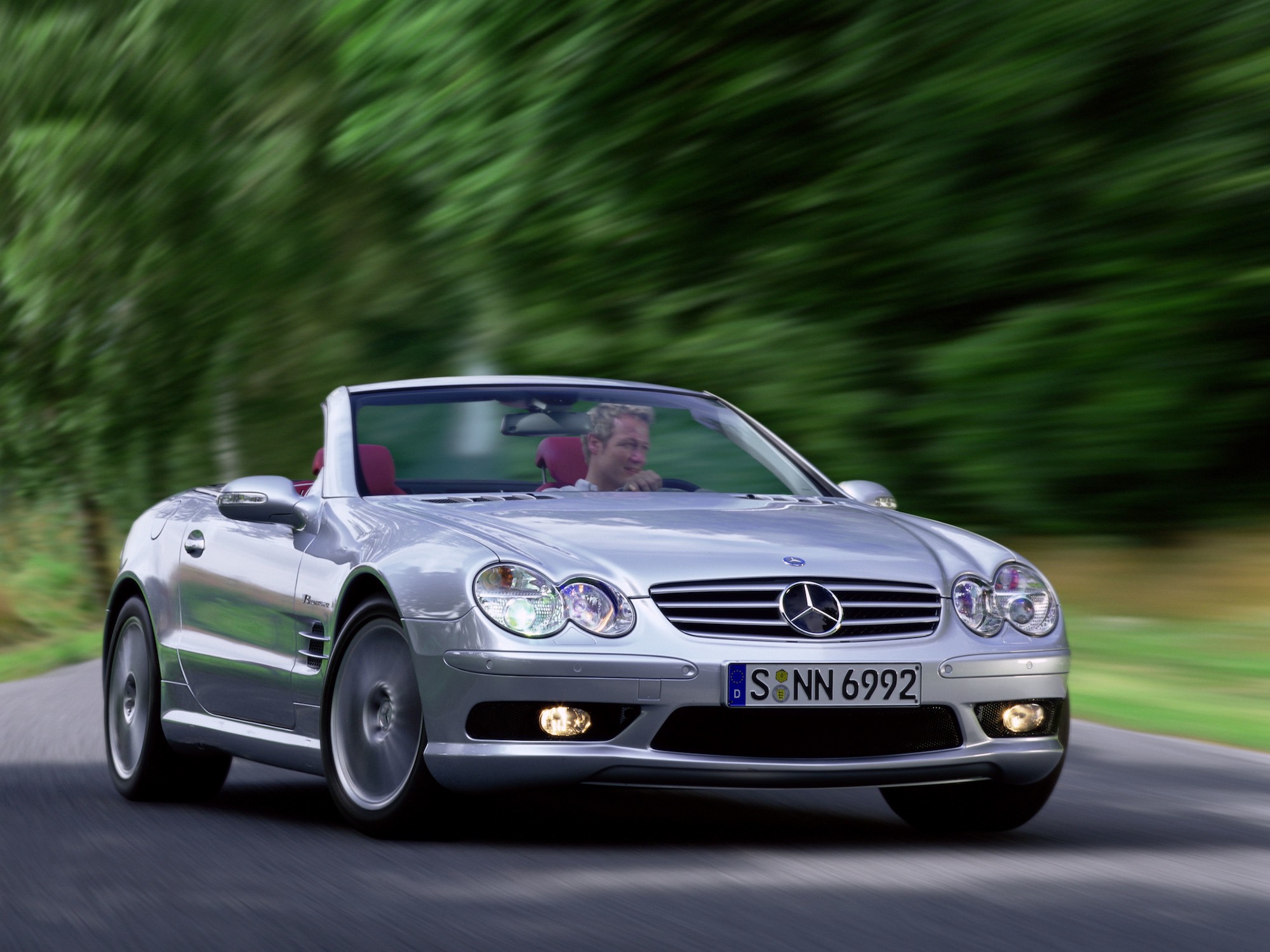 Mercedes-Benz SLS AMG Black Series (2013): The AMG Performance Studio develops and produces special vehicles in exclusive numbers – the "Black Series". They provide AMG customers with possibilities that exceed even those offered by the standard-production high-performance automobiles from Mercedes-AMG. The first high-performance sports car to be developed entirely independently by Mercedes-AMG, the Mercedes-Benz SLS AMG of the 197 model series, is also available in a Black Series. 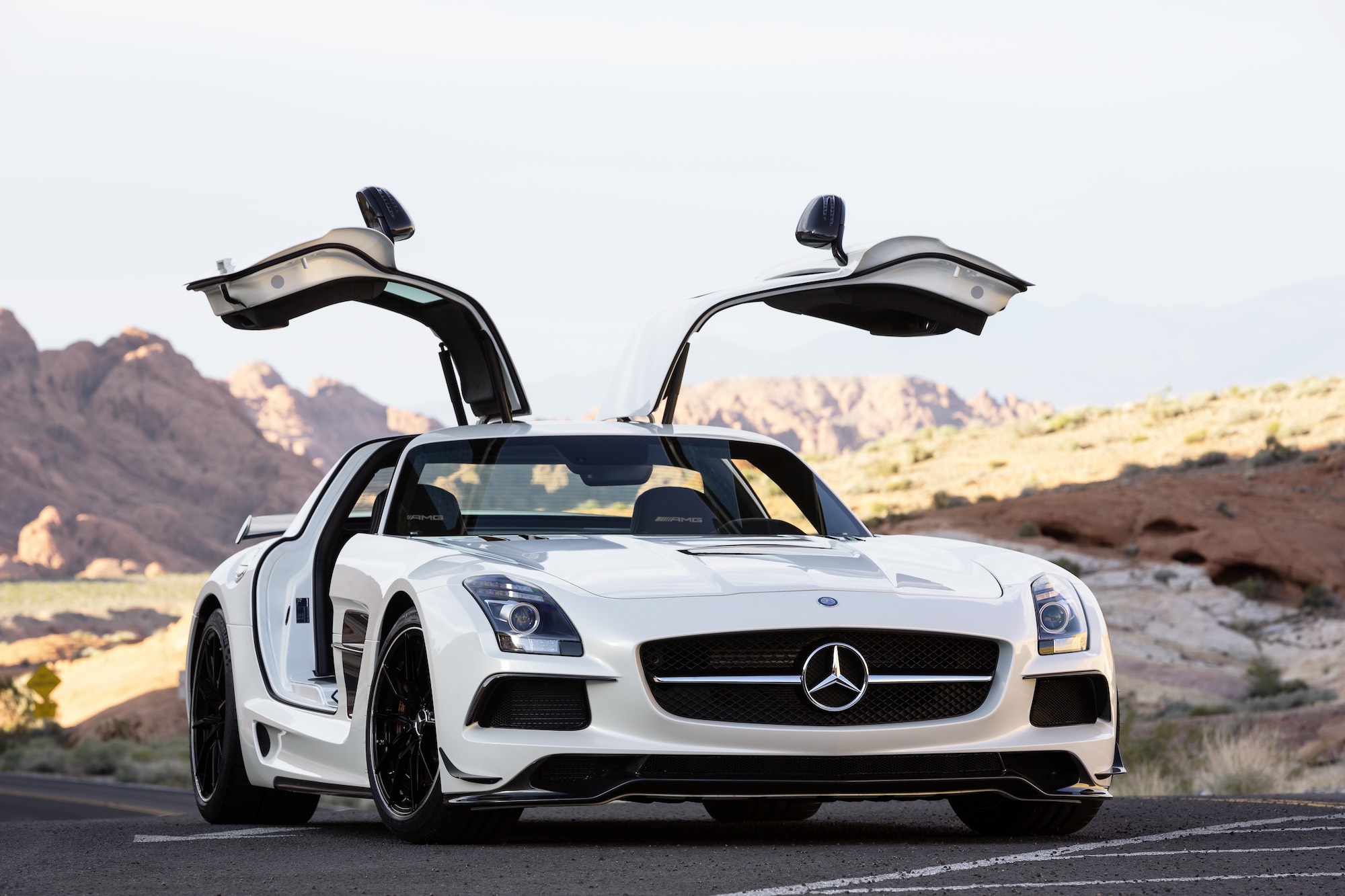