Ford-owned Lincoln marque is traditionally associated with high-priced luxury, but back to 1936 it went to entry-level with its cheapest model to date – Zephyr. Launched at the 1936 New York Auto Show, the Zephyr thrilled with its daring, sleek design.

Like other prestige manufacturers, Lincoln needed a more moderately priced car to help it endure the tough times of the post-Depression era. They were looking for the answer to Cadillac's smaller LaSalle "companion car", the Chrysler Airstream, and Packard's entry level Packard One-Twenty. Lincoln responded with an introduction of the sleek Zephyr, that became the first successful streamlined car in America. 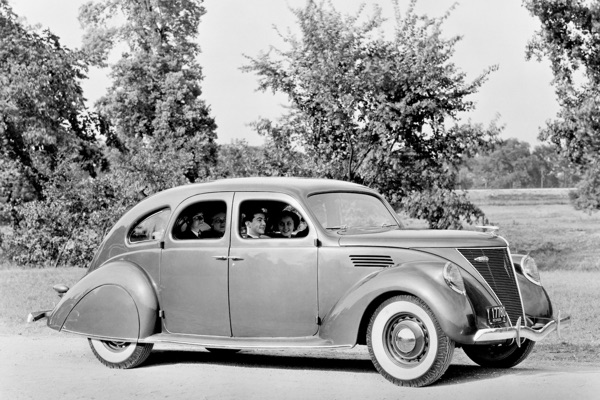 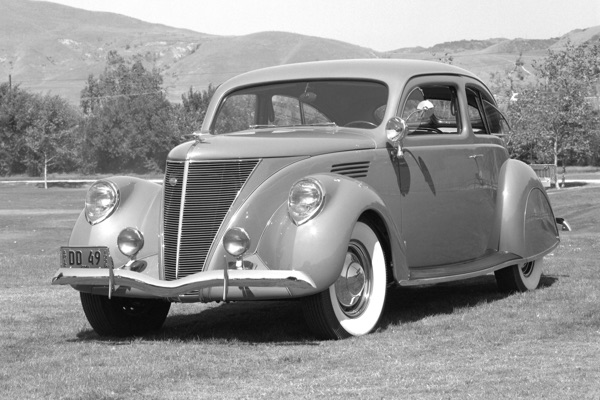 The Zephyr model name echoed that of the futuristically styled, steel-bodied diesel trains in operation on the Burlington Railroad. A locomotive called the Pioneer Zephyr, operated from 1934 and set several speed records during its time spent promoting rail travel in the US.

The Zephyr was a risky venture for the Lincoln, as aerodynamic styling has not paid off for the Chrysler in 1934 with its radical Airflow range. However, featuring Lincoln‘s first all steel unibody construction (monocoque), it proved that streamlining was the future. The sweeping, teardrop lines of the Zephyr were in marked contrast to offerings from other contemporary luxury manufacturers such as Cadillac and Packard. Today it is named as great example of the streamline styling with Art Deco detailing. 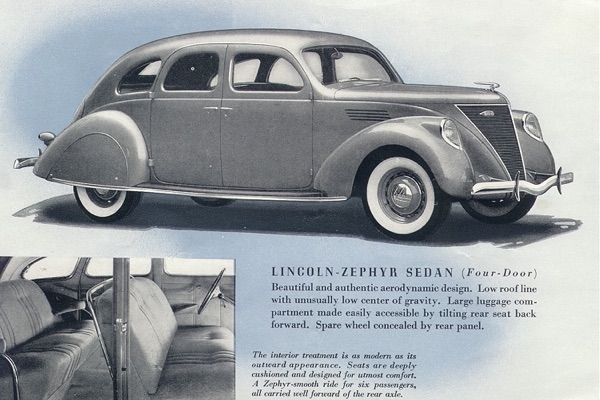 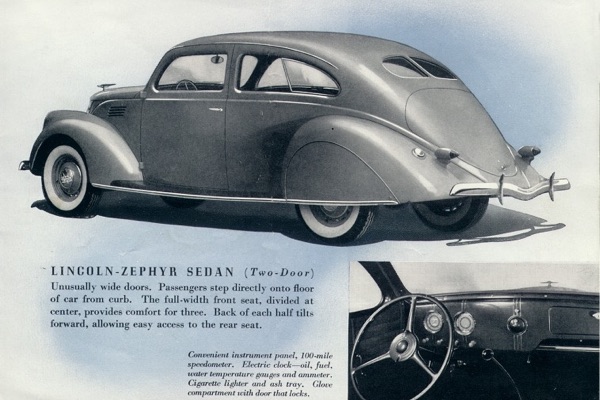 The streamlined teardrop styling was originally credited to John Tjaarda of the Briggs Manufacturing Company that had supplied Ford and other car makers with bodies for several years. The Zephyr’s front end was then reworked by Edsel Ford and in-house designer Eugene “Bob” Gregorie. Their efforts mainly reflected in slatted, V-shaped grille, thet was like a design’s signature. The 1937 model was the first to incorporate a horizontal grille which remains an icon of Lincoln models today. Roof with gentle curve was efficient aerodynamically and erected bonnet ornament epitomized model‘s Art Deco styling. 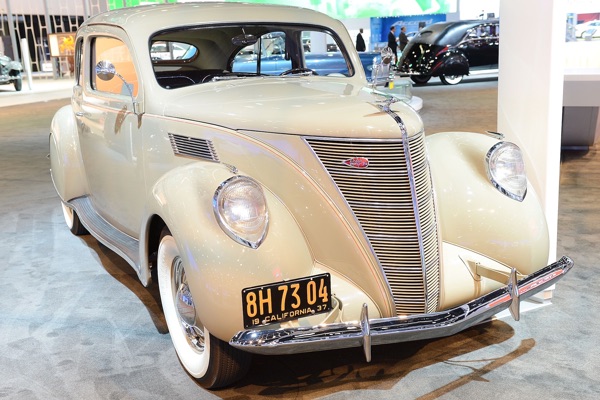 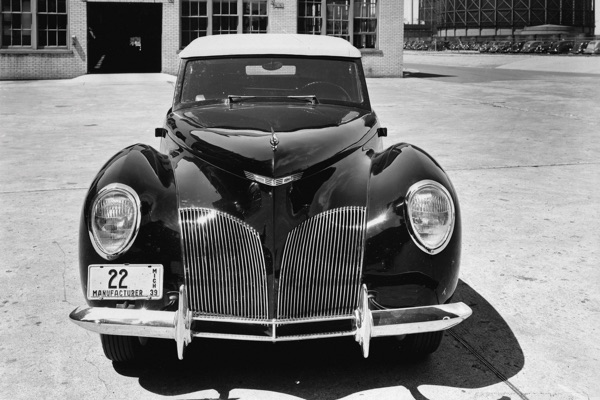 The Lincoln-Zephyr was powered by a new, small V-12, 110 bhp engine derived from the standard Ford flathead V-8. Lincoln advertised it as a “silent, alert powerhouse” and it was the only engine of this type available in its sector at the time. The car‘s maximum speed was 90 mph or 145 km/h. In 1940 the power unit was expanded and generated an additional 10 bhp. 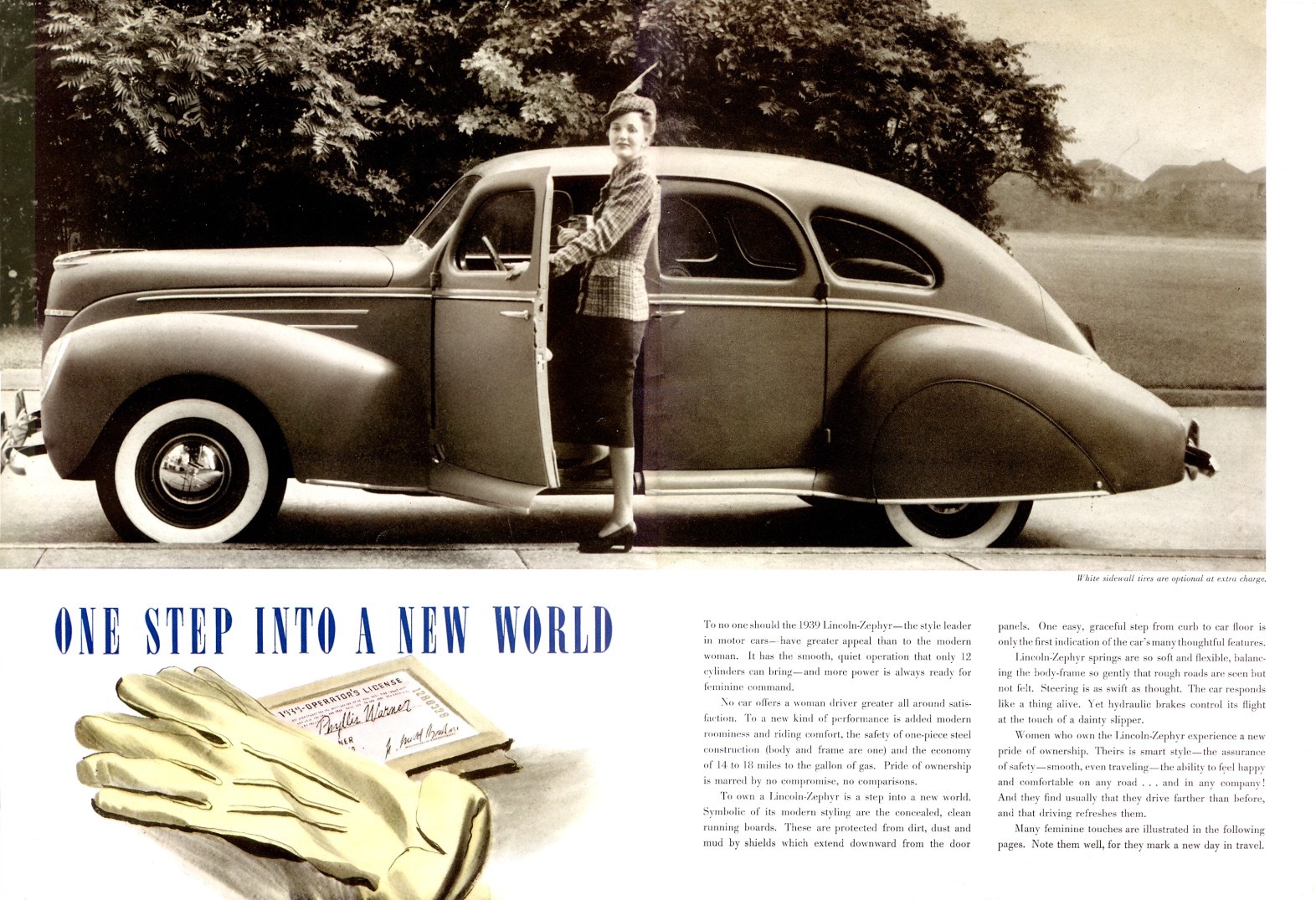 Initially available as a two-door fastback sedan or four-door sedan coupe, a three-window coupe and a convertible coupe were added to the range in 1937. Despite being the cheapest Lincoln to date, there was no corner-cutting inside the Zephyr cockpit. Some models, mainly convertibles, were upholstered in leather and featured wooden dashboards. 1937-1940 the Zephyrs had an unusual layout with the main dials positioned in the centre of the dashboard; later the speedometer was moved in front of the driver. 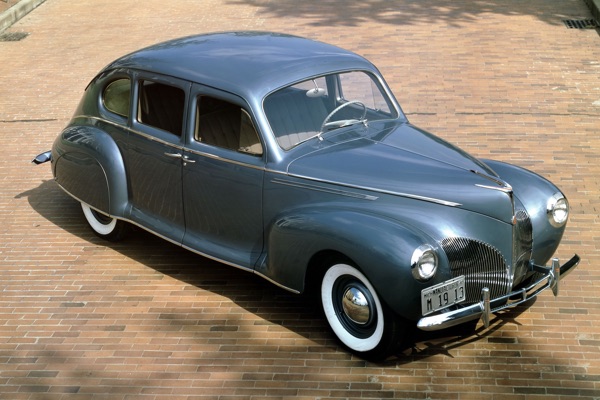 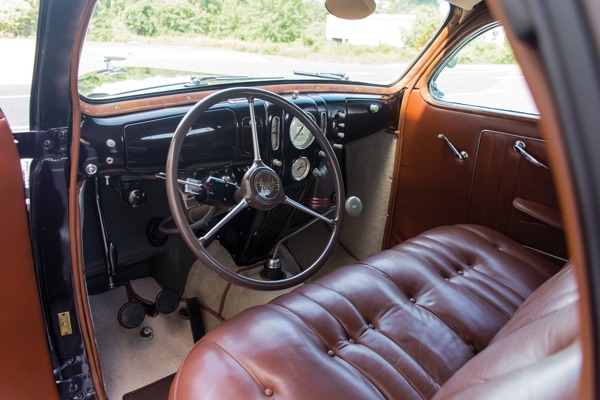 The Zephyr was underpinned by a smart marketing move – offering cut-price luxury at a time when other top-end manufacturers were going to the wall. Base price for a four-door fastback sedan was USD 1,320 and a two-door counterpart called the "sedan coupe" was priced at USD 1,275. The best year was 1937, when Lincoln sold almost 30,000 units, so it’s no surprise that the Zephyr became one of the marque’s best-selling cars of the 1930s. However, parent Ford Motor was never happy with sales, because the Zephyr never achieved sufficient sales volume to put Lincoln in the same league with Cadillac and Packard. World War II put car production on hold and when it returned in 1946, the Zephyr name was dropped, but the car continued for two more years under the Lincoln badge, known just by their body styles - Sedan, Club Coupe, or Convertible Coupe - during the 1946-1948 model years. 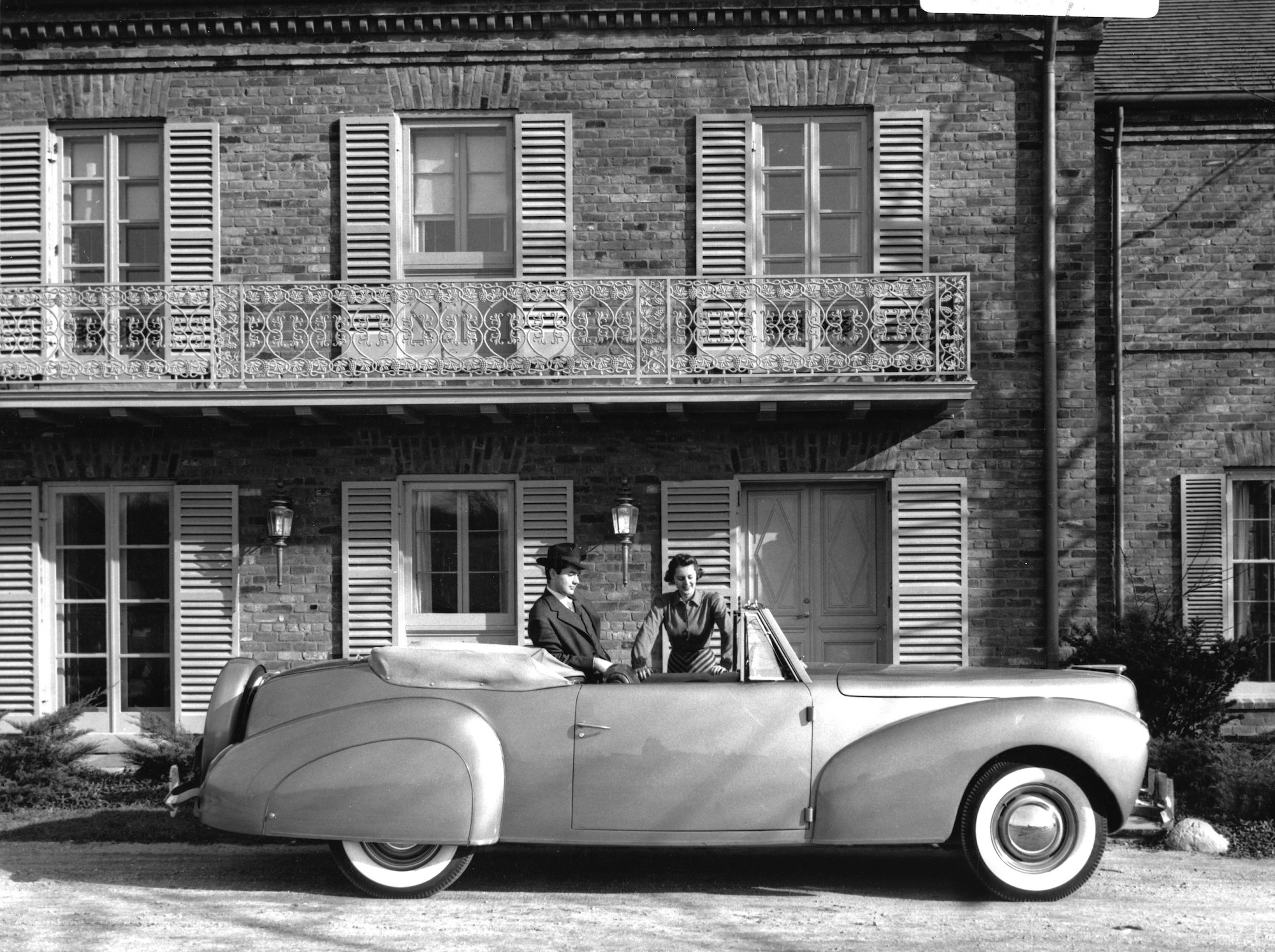