Most Expensive Cars by Decades, Ever Sold in Auctions

Probably every classic cars enthusiast knows the highest price tag ever made at public auction was $38,1 million and it was a bid for a genuine 1962 Ferrari 250 GTO. Yet another impressive benchmark was reached in December 2016, when LaFerrari became the most valuable 21st century automobile sold at auction. What car models made it to the top of most expensive ones in it's decade category?

Worth to mention that this list reflects sales, officially announced in public auctions. However, there are some rumors about Ferraris and other classic and rare exotic cars, privately sold for over $50 million. As public auctions remain the best indicator, let’s take a closer look at the most expensive cars by each decade – from early 20th century till nowadays, ever sold at auctions. Please note: data for this publication collected as it was at 31st December 2016. 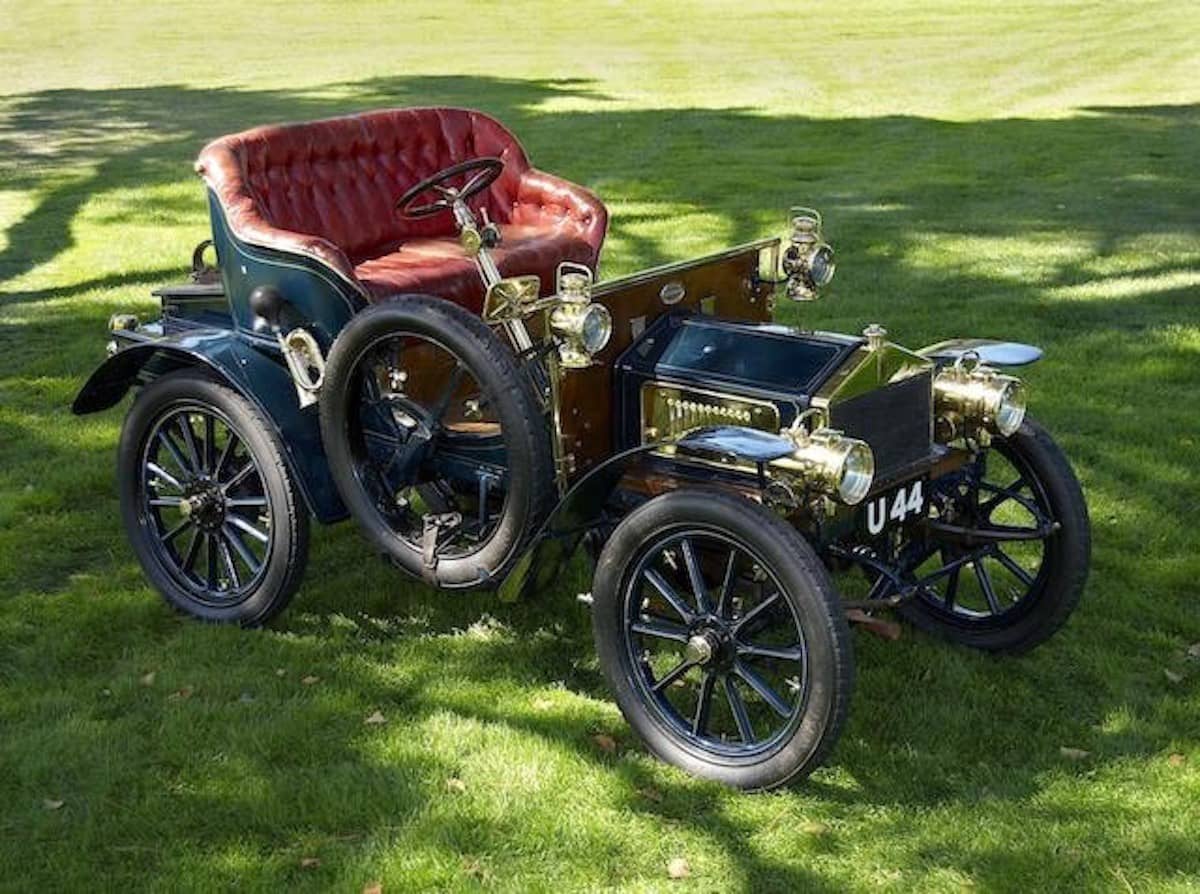 This is the oldest known surviving Rolls-Royce in the World. It came off test in November 1904 and was the third car to wear theRolls-Royce radiator and the fourth car to carry manufacturer's name. A true motoring icon, which was displayed at the 1904 Paris Salon and 1905 Olympia Motor Exhibition. 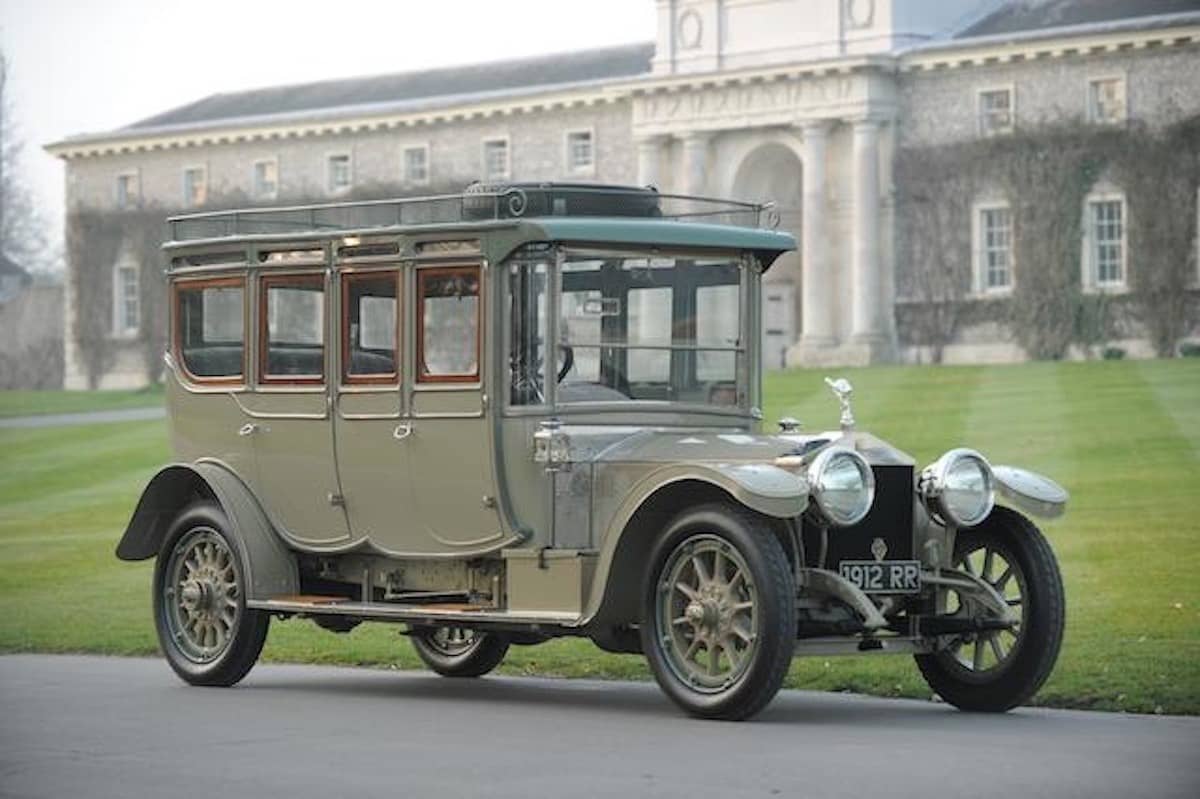 It has survived more than a century in its original configuration and is the only example of this coachwork without a division window, delivered by Rolls-Royce and Barker & Co. in early 1912. Rolls-Royce 40/50hp appealed to owners who made driving by themselves. That's the reason why the driver's compartment was as finely trimmed and equipped as the rear, a big contrast to many similarly-bodied automobiles of the period. 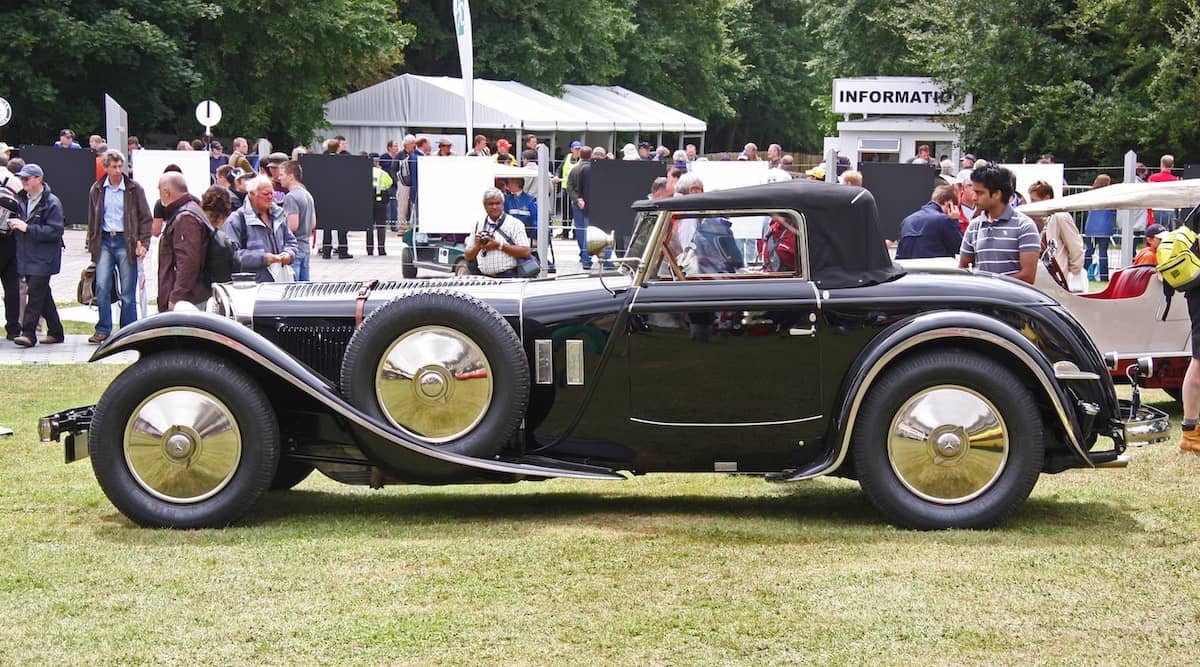 Exclusive Mercedes-Benz 680S Torpedo Roadster born in an era when the Ford Model T was selling one million units per year on average. It was high fashion and fine engineering example, displayed at the 1929 New York Auto Salon. Only three short-windshield examples were built and it is the only one known survivor. 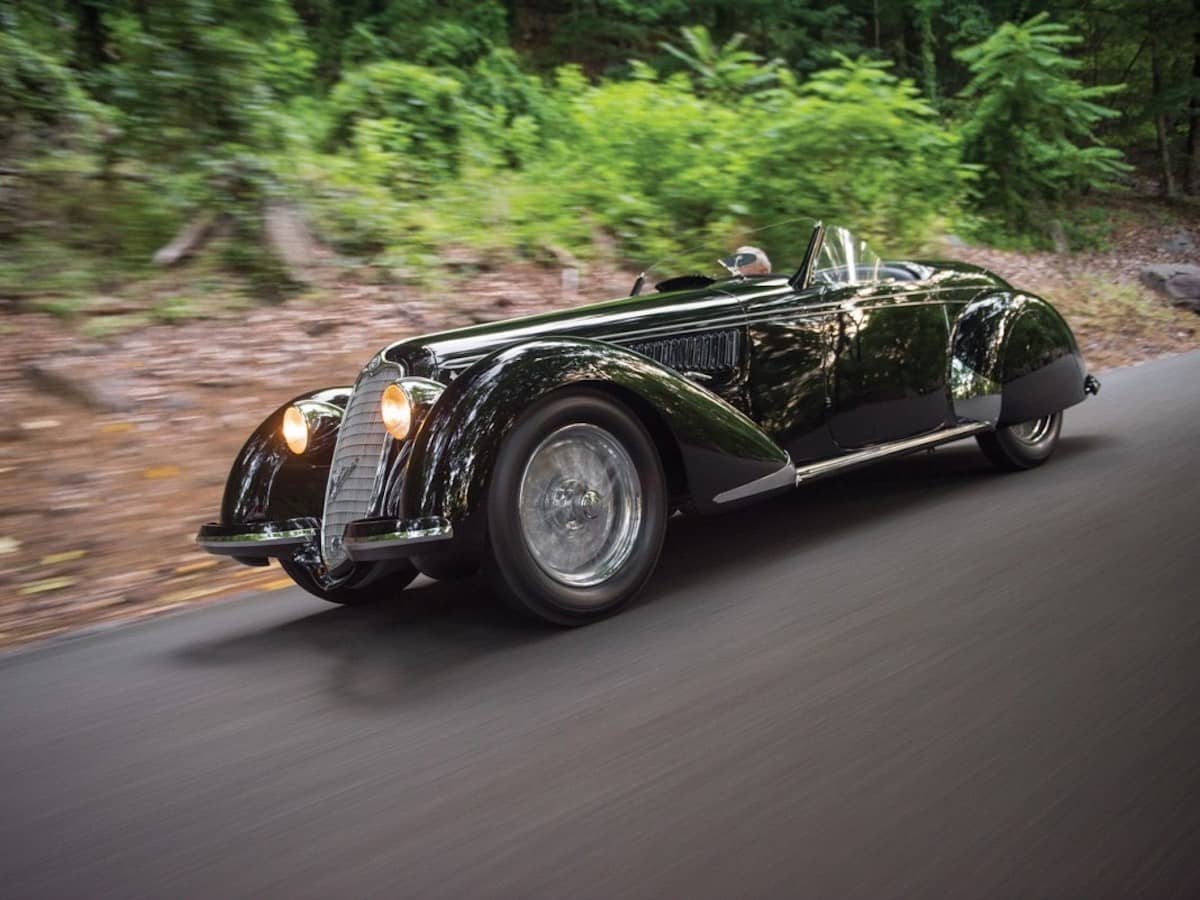 Alfa Romeo 8C 2900B was way ahead of the other sports cars in the 1930s. Actually, it was not a mere sports car, but the most advanced, modern, and ultimate Italian two-seater covertible of its generation that money could buy. It is believed that only 12 are Touring Spiders bodies, who can be justifiably referred to as 'Italy’s version of the Bugatti Atlantic'. 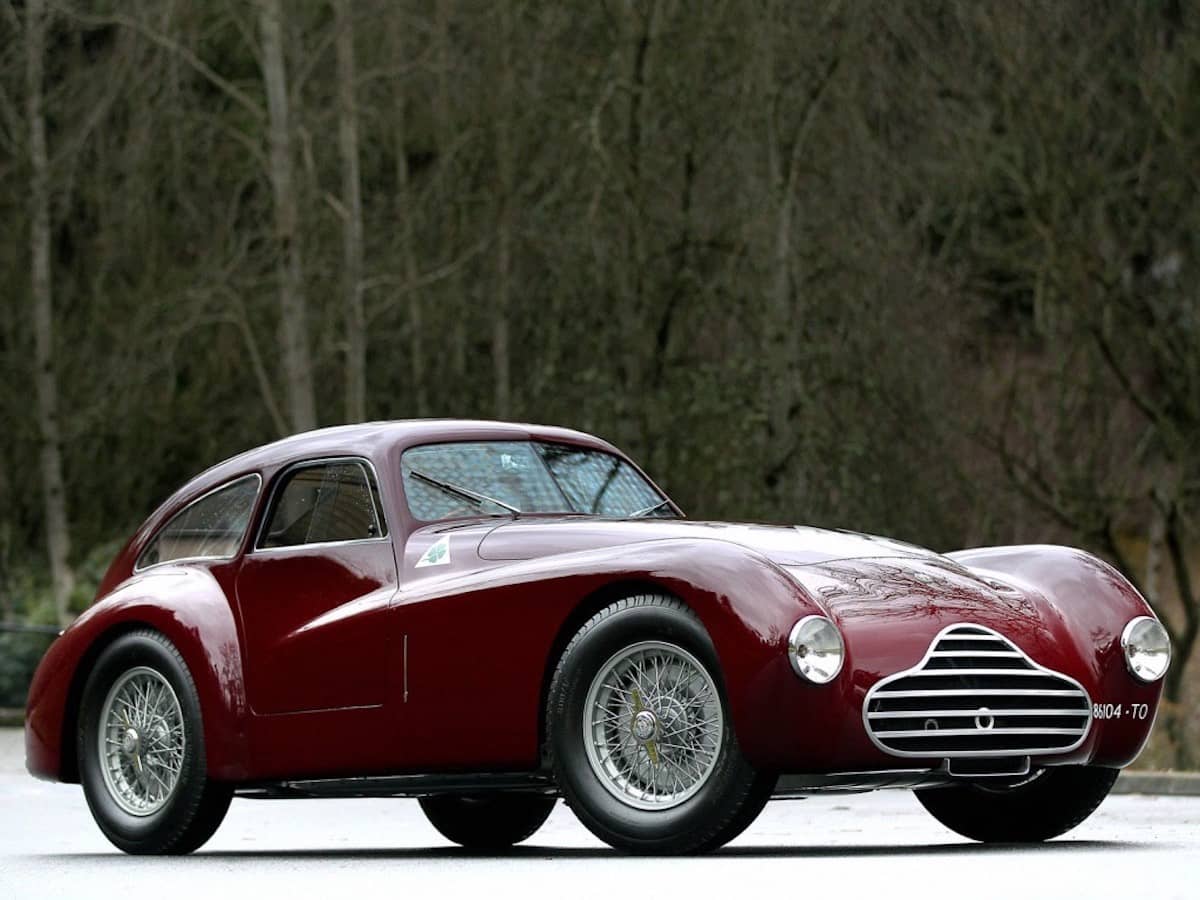 6C 2500 Competizione was the first post-war Alfa Romeo competition model and the first automobile designed and built by Alfa Corse – Alfa Romeo’s racing and technical staff. This special car is one of only two built and the only example extant. Its' unique and intriguing design is not the only fascinating side - it made four consecutive Mille Miglia appearances 1948-51 and completed three Targa Florio runs 1949-51. 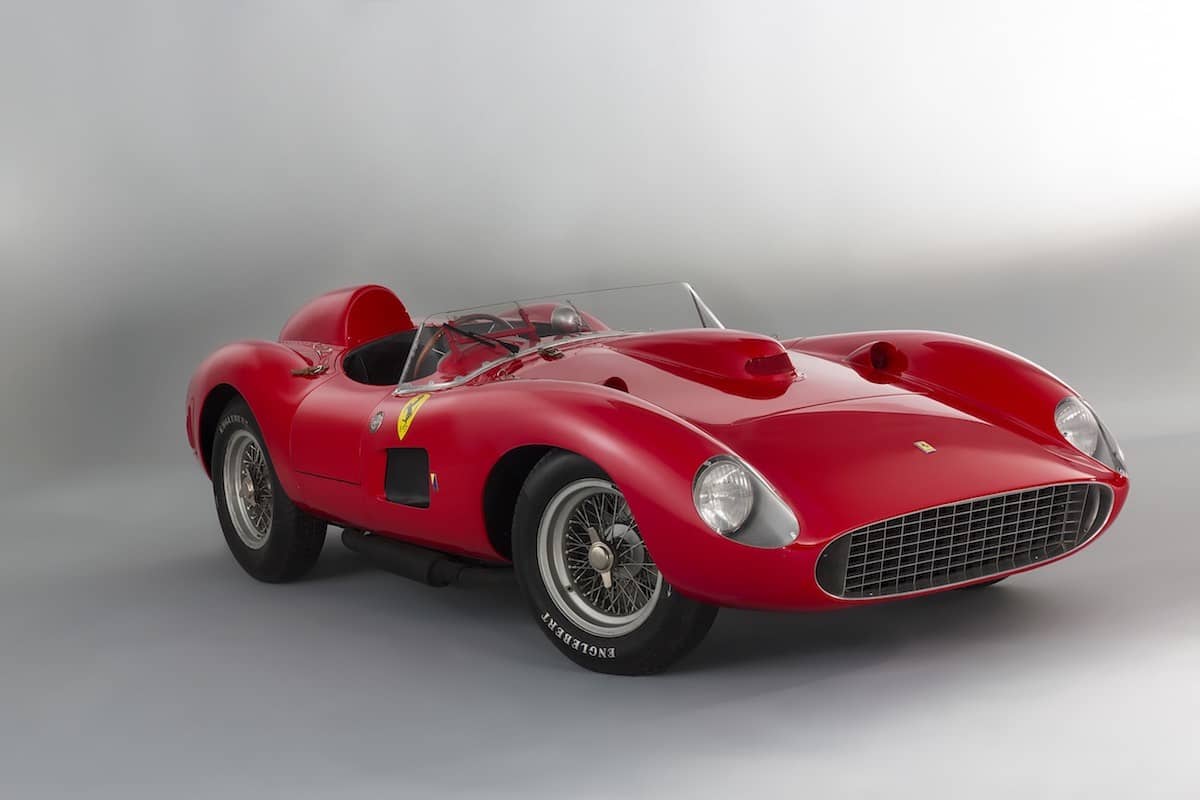 One of the most iconic cars in the history of motor racing - it been raced by such legends Mike Hawthorne and Sir Stirling Moss. For more than 40 years it was a part of the legendary Pierre Bardinon collection - he assembled most successful and iconic factory models in the history of Ferrari. 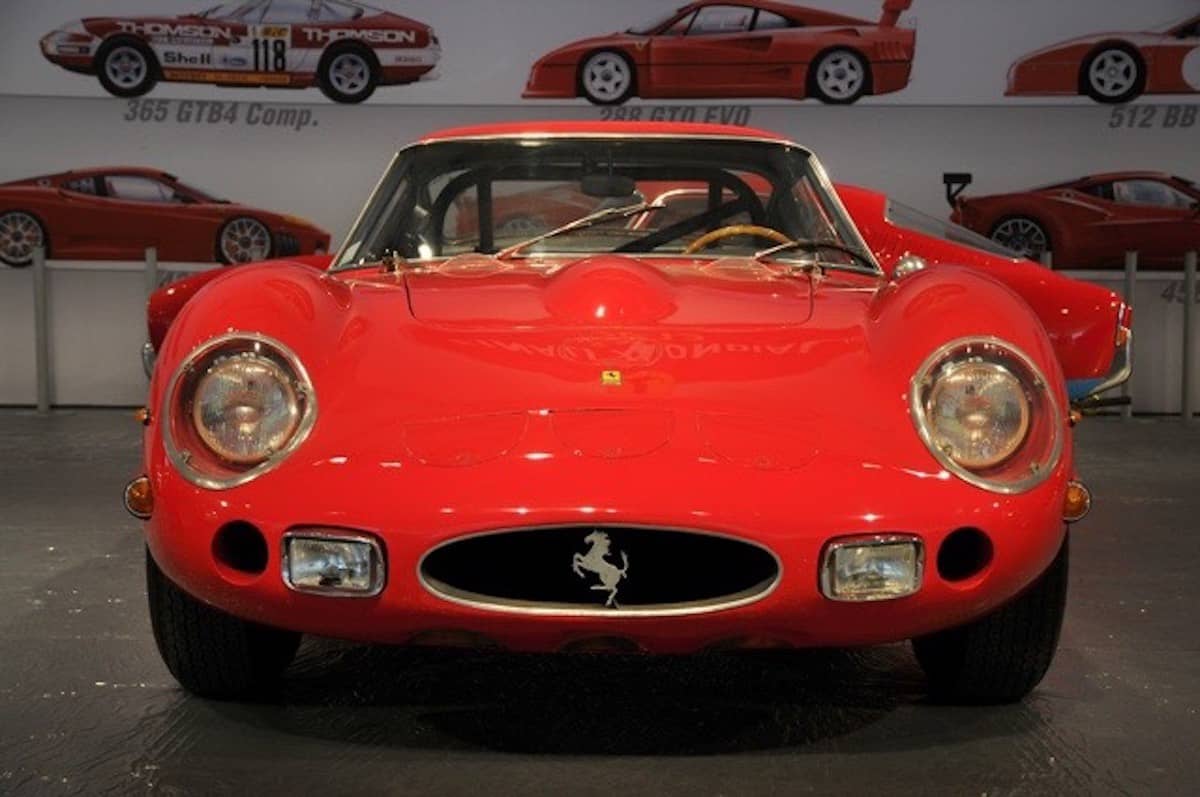 This incredibly rare Prancing Horse became the most expensive car ever sold at Pebble Beach Concours d'Elegrance auction in 2014. The Ferrari factory manufactured 39 cars which may be considered as 'GTO' family, but only 28 cars have the 3.0L V12 engine as true '250' GTOs. One more interesting fact - no other Ferrari 250 GTO has remained in one ownership for so long – 1965-2014 it belonged to Italian Fabrizio Violati. 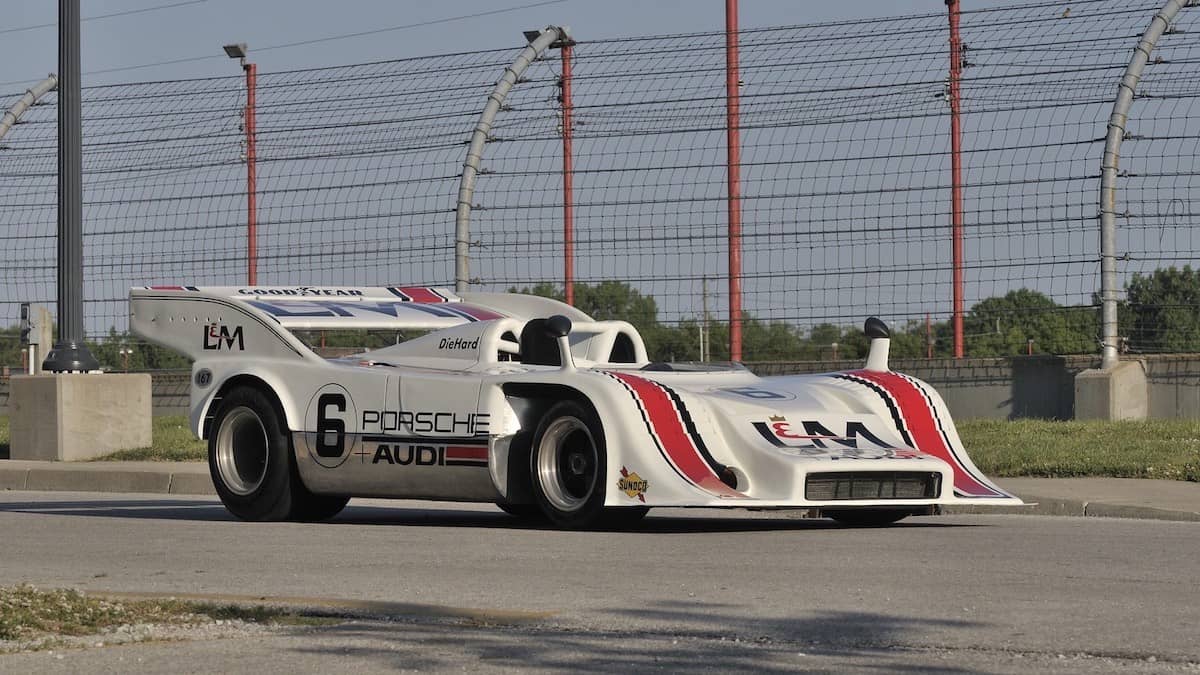 It is the world's most recognized Porsche 917, which was driven by such racing legends Mark Donohue and George Follmer, who won the 1972 North American Canadian-American Challenge (Can-Am) Championship. Car was powered by a 5.4L Twin Turbo 12 cylinder engine and it was capable of making over 1150 HP. Because of its speed and dominance in Can-Am series, the 917 became known as 'the car that killed Can-Am racing.' 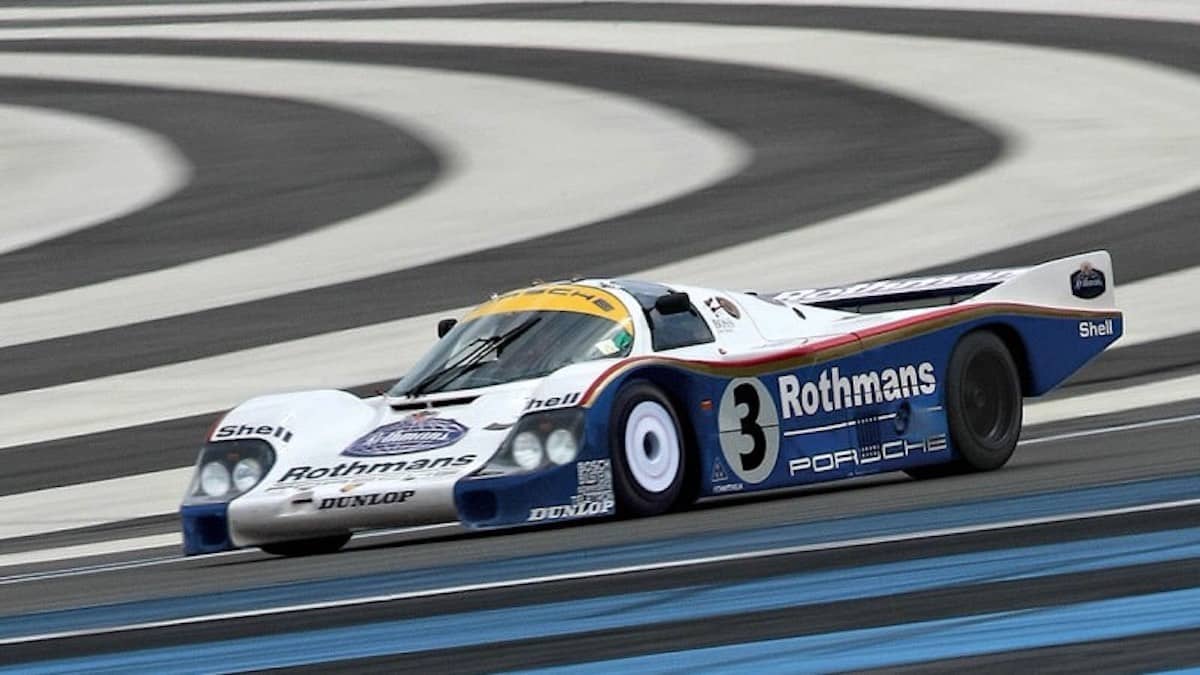 This Porsche 956 is well-known for its victory at the prestigious 24 Hours of Le Mans in 1983. It is one of only ten cars and the single most successful Porsche 956. 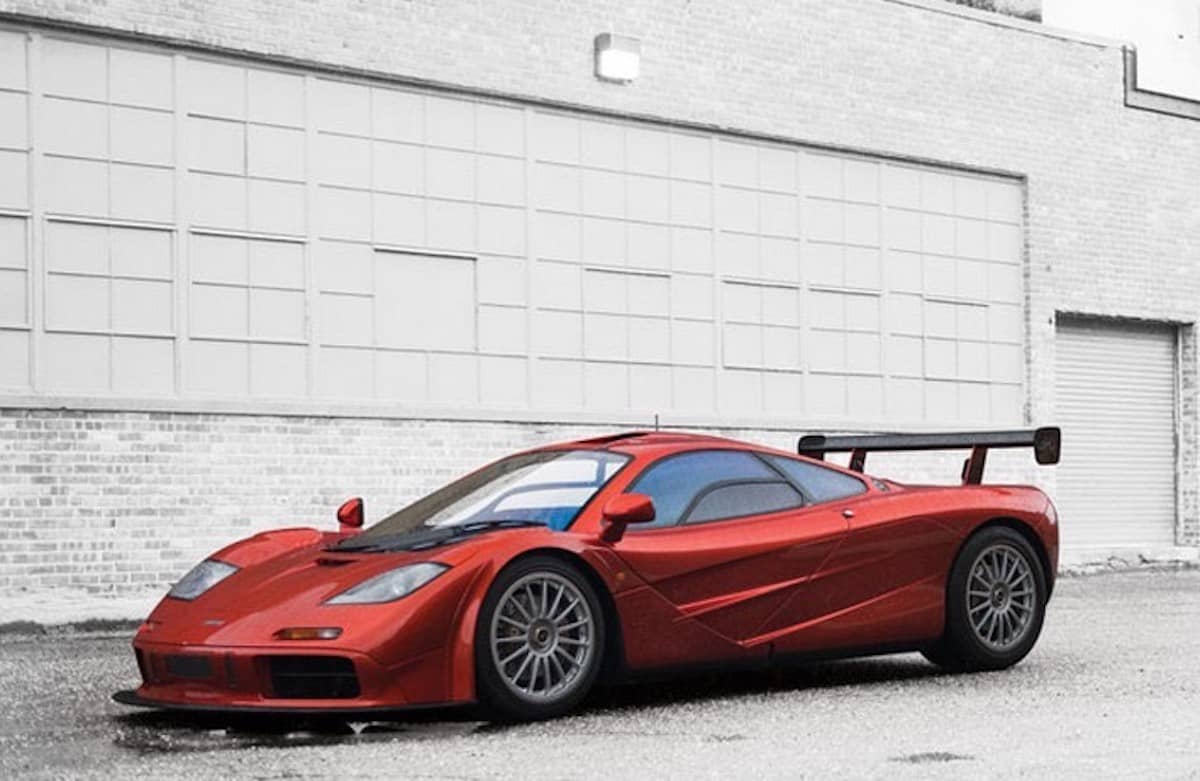 1998 McLaren F1 'LM-Specification' is one of the most iconic supercars of the modern era, which was built and designed by a team led by Gordon Murray and Ron Dennis. McLaren decided to built this model in honour of the victory in 1995 24 Hours of Le Mans. It is one of two examples upgraded by McLaren Special Operations with an LM-spec 680 HP engine. However, it retained road-specification interior with numerous upgrades, including satellite navigation. 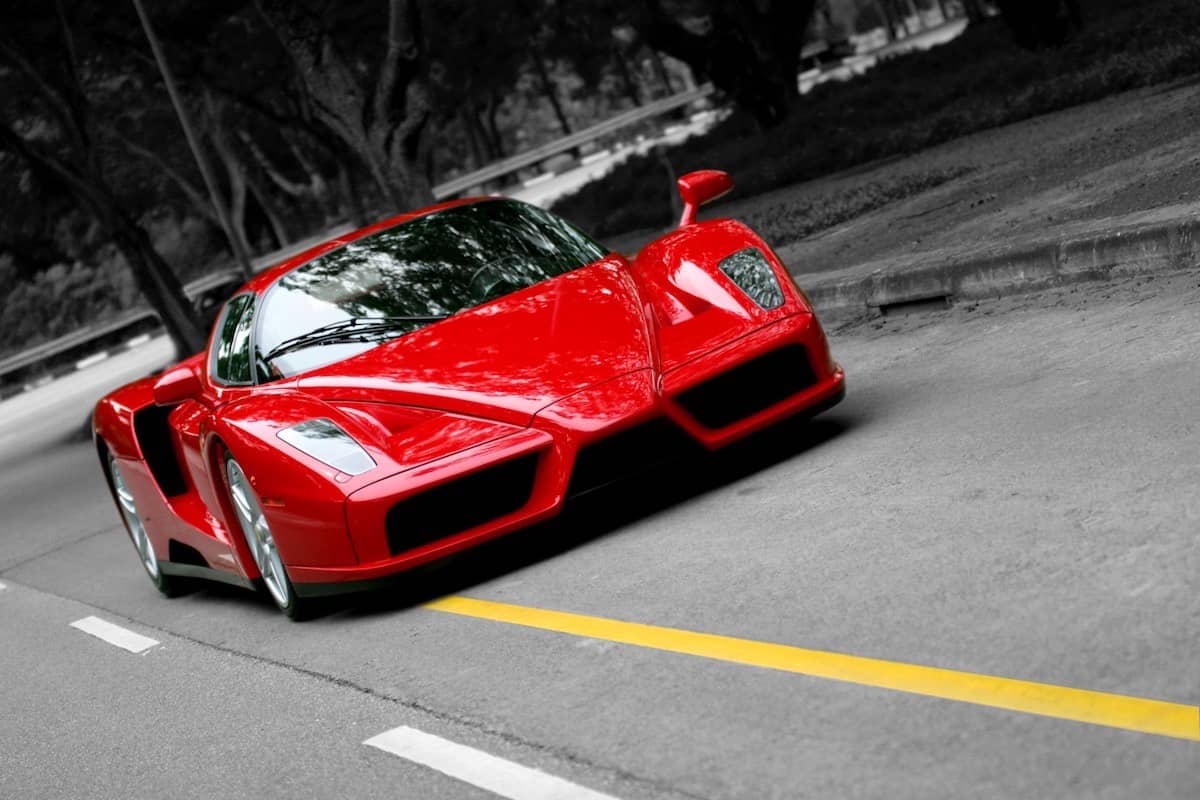 Undisputedly the most desirable and historically important Enzo Ferrari - it was gifted to His Holiness Pope John Paul II by Ferrari and it was the last one (400/400) Enzo built. One of very few finished in Scuderia Red, a color seldom seen on Enzos and one that was more commonly used for the Scuderia’s Formula One cars. The car was gifted to Pope John Paul II, but he suggested to sell it on his behalf and donate all money to the victims of a tsunami that had ravaged Southeast Asia. Auction was held in June 2005 and all sale funds were donated for charity. 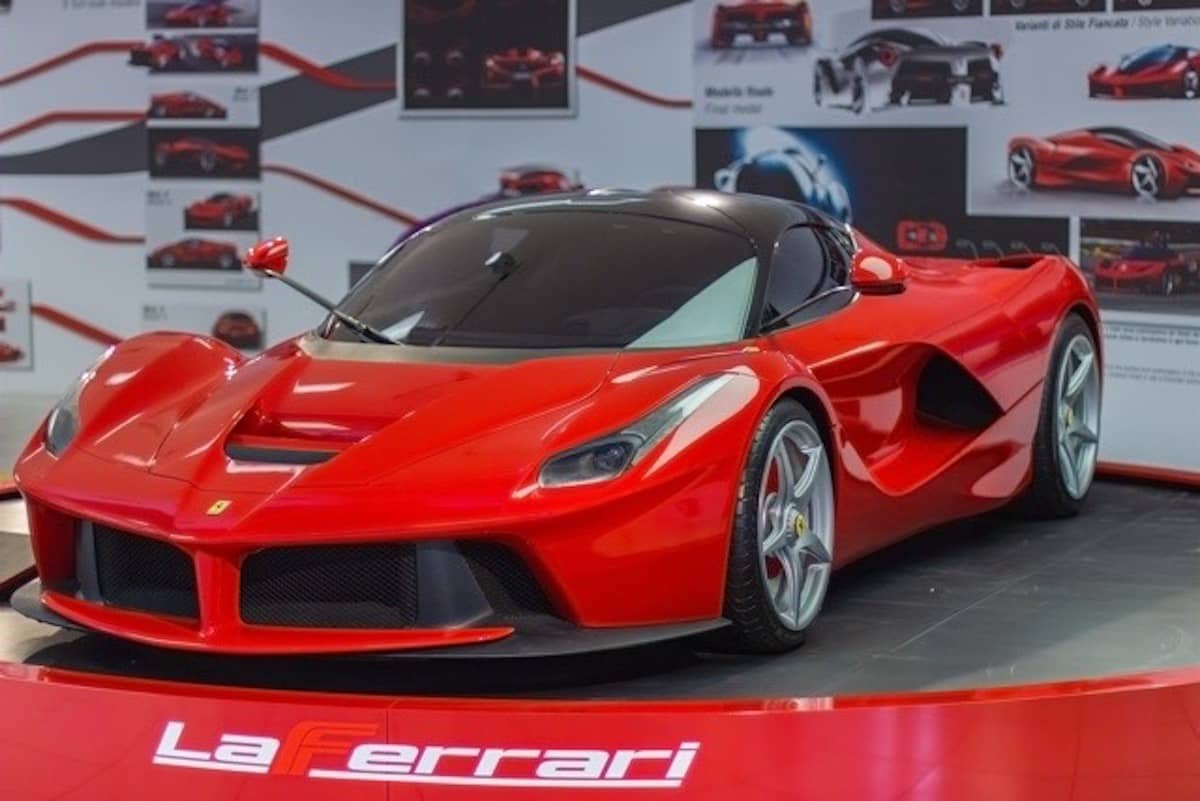 This LaFerrari was sold at a charity auction as a gift from Ferrari to Italy, with proceeds from its sale donated to the reconstruction of Central Italy, which suffered the devastating earthquakes in 2016. Hypercar was sold for a remarkable $7 million – a world record price for a 21st century automobile sold at auction.