The Chevrolet Corvair – More Unique Than You Think

First they ignore you, then they laugh at you, then they fight you – this is how you could describe the VW Beetle's situation in the 1950s. During its first year on sale in the US, the Beetle raised an ironic smile among General Motors executives, but by the end of the 1950s, they could hardly bear to look at VW's sales figures. So GM decided to create a Beetle of its own — a cheap car with a similar design, but one that was bigger, comfier and faster.

Thus, the Corvair was launched in 1960 — probably the strangest Chevrolet model of all time. From the outside it wasn't anything special, but inside it was a real revolution. Enthralled by the success of the Beetle, GM decided to put the engine in the rear. And to top it off, the horizontally opposed-six was air-cooled as well (just like the Beetle). 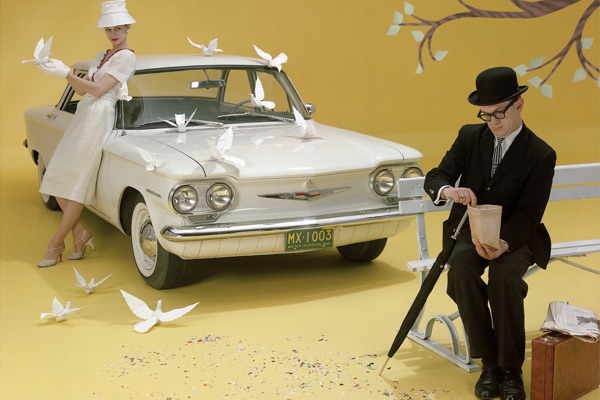 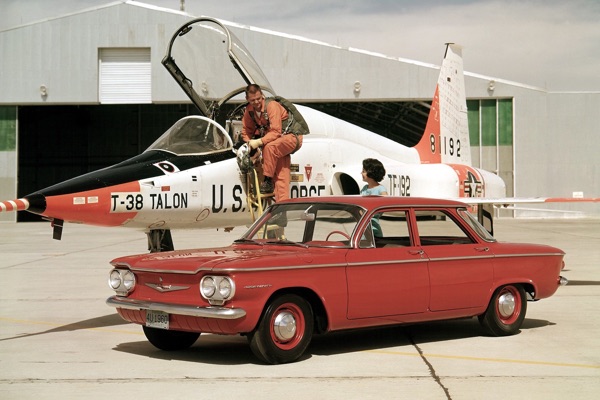 In 1960, they started selling sedans with 2.3-litre, 80-horsepower flat-six engines, and the very cheapest versions went for about 2,000 dollars. That wasn't a bad deal, since the Beetle cost about USD 1,600, but the Corvair looked a lot more like the "real" car that Americans were used to. A coupé came out the same year, featuring a great sporty design and the option of a more powerful 95-horsepower engine. In 1961, the Corvair range was expanded to include a station wagon, as well as even pickup and van body styles. Meanwhile, the Monza convertible, which was probably the best looking Corvair of all, came out in 1962. Sales were decent at first, and oddly enough, the most popular models were the sports coupés and the convertibles. Incidentally, the totally exotic turbocharged Monza Spyder version came out that same year with a 150-horsepower engine, making it probably the first American production car with a turbine. Just think – a lightweight two-door coupé with a rear-mounted air-cooled turbocharged flat-six (something Porsche only offered a good decade later). 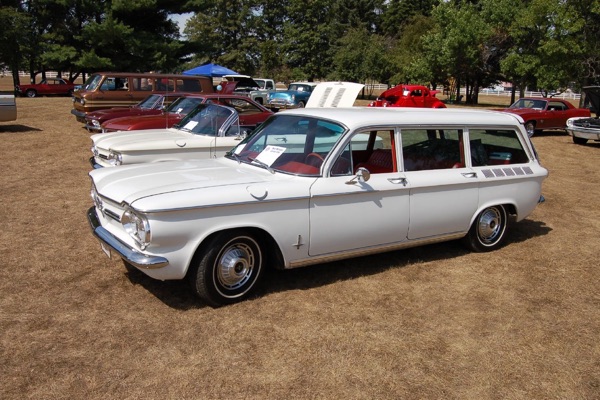 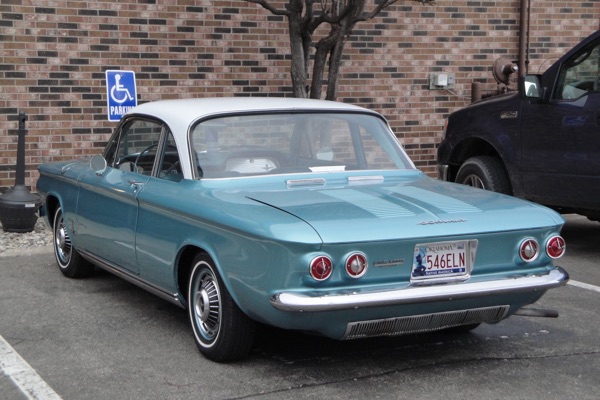 The success of these sporty yet reasonably priced Corvair models prompted Ford to work hard on its new Mustang, which was shown in 1964 and was already crushing sales records the following year. The Mustang was simply a better-understood car, since it had the large, front-mounted V8 engine that was customary in the States rather than an exotic air-cooled flat-six in back like the Corvair. Chevrolet definitely felt the Mustang's impact, since as soon as it came out, Corvair sales dropped by half; however, the Mustang wasn't what put an end to the Corvair. 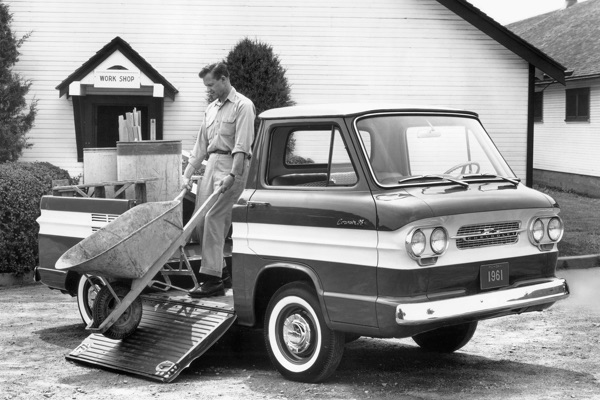 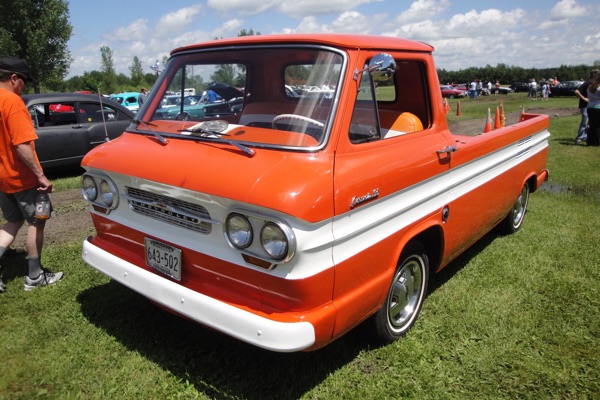 In 1965, a lawyer no one had ever heard of named Ralph Nader published "Unsafe at Any Speed" – a book which strongly criticized the products coming out of Detroit. According to Nader, American manufacturers weren't the least bit concerned about the safety of their vehicles. In the book, a complete chapter was dedicated to the Chevrolet Corvair, where its swing-axle rear suspension without the standard anti-roll bar was practically named as the main cause of accidents, producing uncontrollable instability in the car. The book became very popular, but it was GM that made the fatal mistake of getting embroiled in a legal battle with Nader, increasing the book's popularity even more. 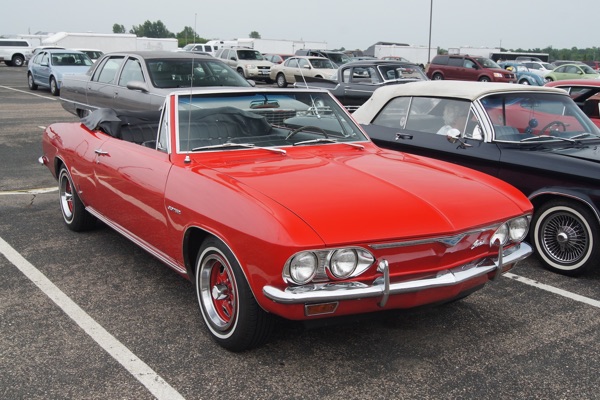 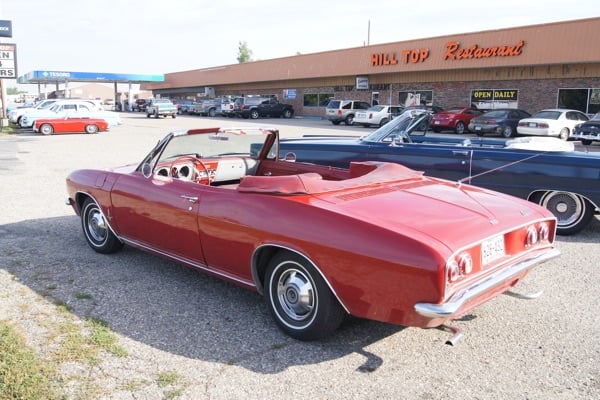 The Corvair's design was updated in1965, and the sleek new body lines made the coupé and the convertible downright stunning. That ill-fated suspension that Nader had so criticised was replaced with a fully independent rear suspension. In addition, the most powerful version of all time was introduced: the Corvair Corsa Turbo, with a 2.7-litre 180-horsepower flat-six. However, none of this helped – the fight between General Motors and Ralph Nader over the Corvair had already resonated around the country and was bound to impact sales. They fell drastically, and for the last few years (until 1969), the Corvair was nothing but a niche model in the Chevrolet range. Incidentally, a 1972 study showed that the Corvair did not actually handle any worse than the competition at the time; in his book, Ralph Nader for some reason also neglected to mention the other cars that had the same swing-axle rear suspension. 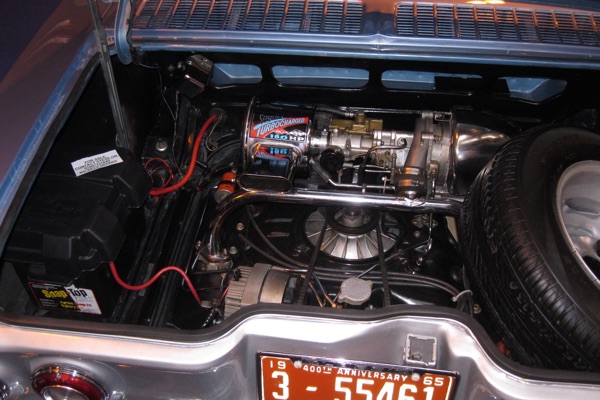 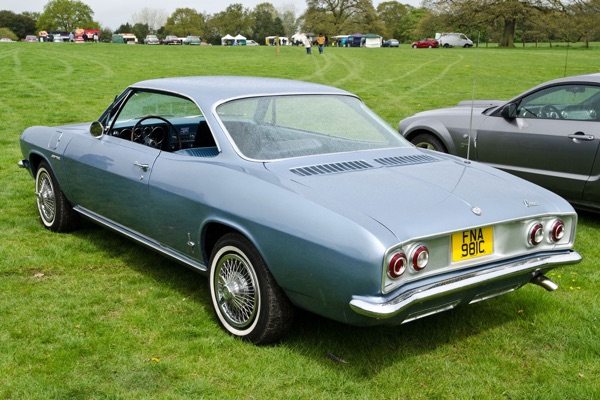 According to Chevrolet fans, this second generation (1965–1969) Corvair was probably the most underrated production car in Chevrolet's history. The Corvair is currently enjoying something of a heyday in the States, since it is one of the best entry level options among classic cars. A considerable number of them were produced (1.8 million); they aren't expensive, they look good, and enthusiasts have learned how to look after them and repair them, so you can find a Corvair club in just about any larger city that will help you if you have any questions. The uniqueness of the Chevrolet Corvair was also recognised by Jay Leno, who called it “one of the top 10 General Motors cars of all time”.