This Week in Cars: These Are Five of Our Favourite Air-Cooled Classic Cars For Sale On Dyler

As you may have noticed, we’re fans of the Porsche 911 at Dyler. We’re not going to get into the air-cooled vs. water-cooled debate, because to misquote Monty Python, “every 911 is sacred”. What’s more, we’re big believers in driving what you like, because that’s what’ll make you happy at the end of the day and it’s your money.

After some head scratching about what to cover in this edition of This Week in Cars, we realised that we cover 911s a lot, especially the older air-cooled cars…

And that got us thinking - what are five other air-cooled cars we like, but are not Porsche’s eponymous sports car?

Well, here they are! Our list includes the Volkswagen SP2 or “the sexiest slow car you’ve ever seen,” the classic VW “Samba” bus, and the unconventional Chevrolet Corvair Monza from Motown-era America.

What do you think about our selection? Is there anything you think we’ve missed out? If so, don’t be shy and tell us your favourite air-cooled cars by sending us a message on Facebook! 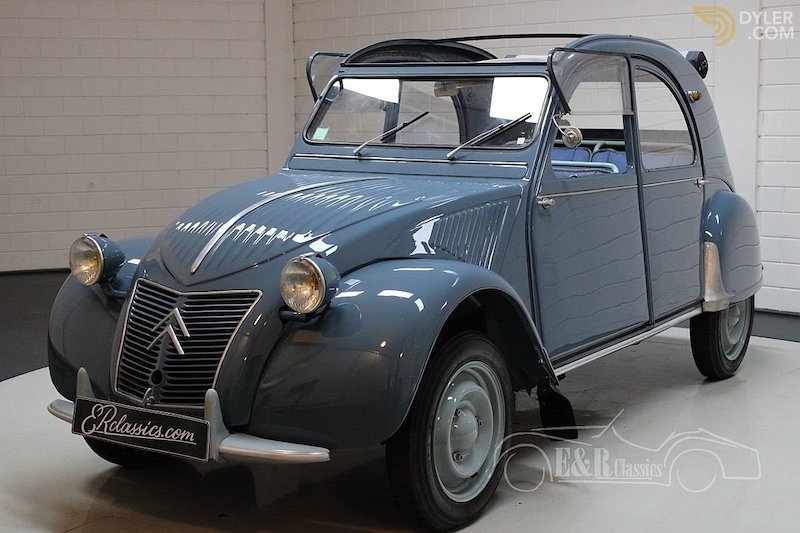 The Citroën 2CV was made from 1948 to 1990, and was universally loved by everyone from rural types to fashionistas
© E&R Classics

Launched in 1948, the Citroën 2CV was France’s answer to the Volkswagen Beetle (another mass-produced, cheap, air-cooled car) in the immediate aftermath of World War II. The 2CV was conceived with the aim of mechanising France’s rural population which was largely still reliant on the ox and cart in the post-war period. Built with simplicity in mind, the first-generation of the 2CV - the car you see here - was made using corrugated metal to add strength without weight, and an easily repairable 9bhp engine. Yes, you read it, 9bhp. Throughout its life - and it was a long life which ran until 1990 - the 2CV featured an extremely long-travel suspension which gave the little “tin snail” slight off-road capability. Most importantly, though, the 2CV would allow your French farmer to travel across a field with a basket of eggs on board and allegedly, not one would break. By the time production ceased in 1990, Citroën made over 3.8 million 2CVs, and 9 million variants of its little car which was described by Autocar as being an “extraordinary” design and concept. 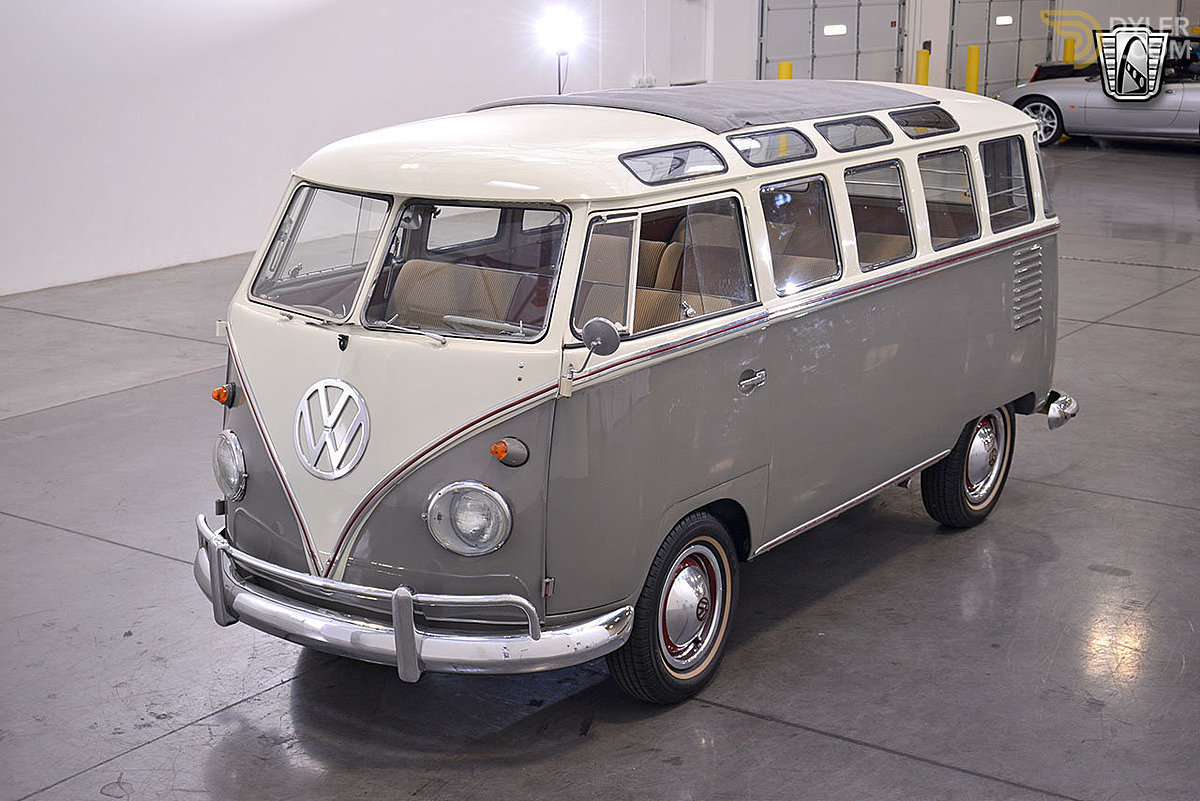 “Hippy van”, “microbus”, “minibus”, “Samba”, call it what you want. What matters is, is that the Volkswagen T1 is one of the most important air-cooled cars in automotive history along with the VW Beetle, Citroën 2CV, and the Porsche 911. The Samba - the model pictured - was the top end model of one of the world’s first people carriers, and it was set apart from the standard T1 thanks to its two tone paint jobs and high window count. Launched in 1951, early models of the T1 which came out in 1951 had 23 windows, and later 21 including eight windows in the roof. Inside, the Samba was upgraded over the standard T1 with a more comprehensive dashboard, and chrome tables. Production of the Samba ended in 1967 after a 16 year run. However, its successor, the T2 enjoyed a run from 1967 to 2013 in Brazil, which is testimony to the original Hippy Van’s enduring popularity. Despite going out of production some 54 years ago, the 23-window Samba remains unbeaten in terms of the number of windows fitted to a minivan. 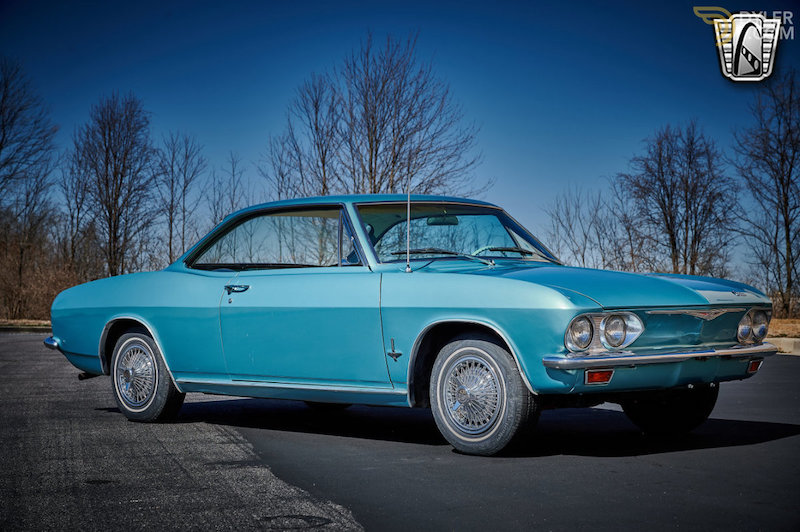 Amidst the plethora of V8 muscle cars available mid-60s America, the Chevrolet Corvair was an esoteric choice for buyers thanks to its rear-mounted, air-cooled flat-six boxer engine
© Gateway Classic Cars

Now, we know that the first-generation of the Chevrolet Corvair suffered from issues related to lift off oversteer, but hear us out, okay? From 1960 to 1969, Chevrolet made almost 2 million Corvairs and to this day, it remains the only American-designed, mass-produced car with a rear-mounted, air-cooled flat six engine. The 2.3-litre boxer motor produced a respectable 80bhp and both generations of Corvair - the second generation arrived in 1965 - were praised for their great looks, compact dimensions, and spirited drive. In fact, Car and Driver magazine described the second-gen car as “the most beautiful car to appear in this country since before World War II.” Despite the enthusiasm for the Corvair, it simply wasn’t profitable for Chevrolet to continue making. The flat-six was unnecessarily complex in comparison to the engines used in models such as the Camaro, and unlike “standard” GM cars, the Corvair was difficult and costly to develop. Despite a promising start to life, just 6,000 Corvairs were made during its final production run - a sad end for one of the more unusual cars to come out of 1960s America. 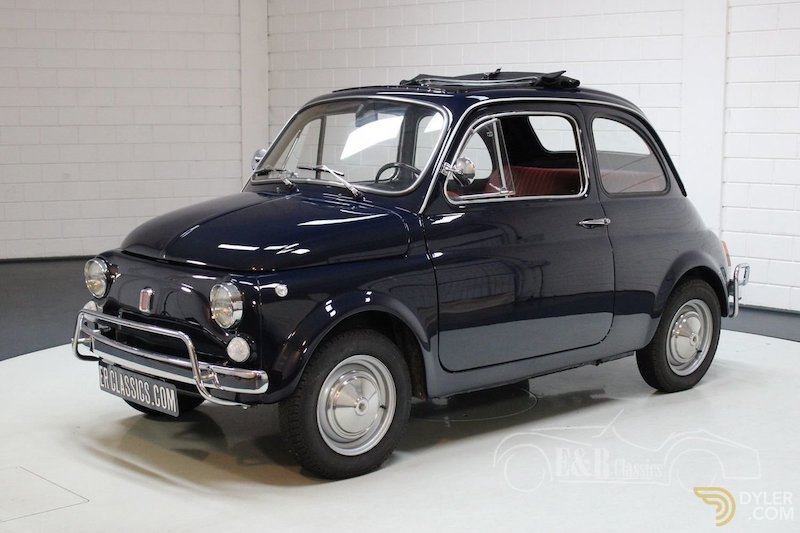 The final edition of the “original” FIAT 500 was the Lusso model you see here. Introduced in 1967, the 500 L was the ultimate 500 L thanks to a series of interior and exterior upgrades over the previous car, the 500 F. Larger than its predecessor, the 500 L had a plastic-trimmed dashboard (instead of the bare metal variant on older cars) to reduce glare from the sun through the windscreen, a new trapezoidal speedometer, a black plastic steering wheel with metal spokes, and carpet flooring. The 500 L remained in production until 1972 when it was replaced by the FIAT 126, which was also known as the Polski FIAT in Eastern European markets where it still enjoys a cult following today. 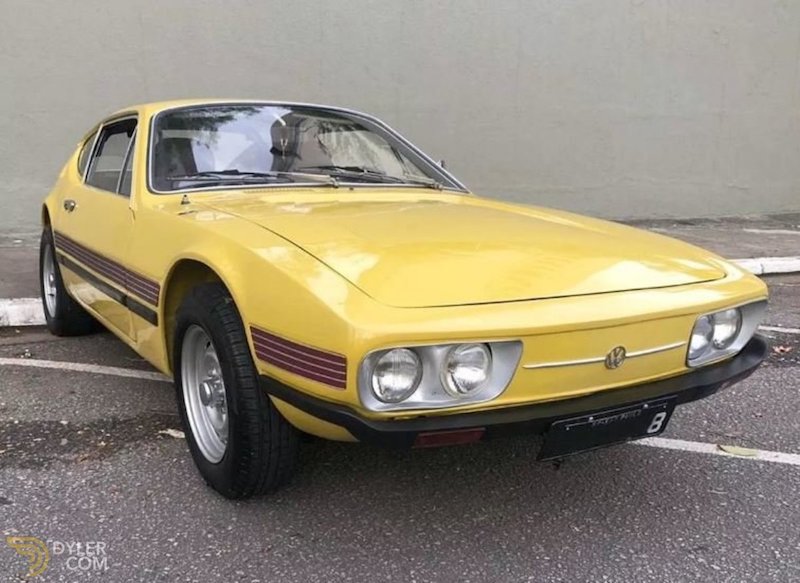 The Brazilian-made Volkswagen SP2 may have been slow, but does that really matter when it looks this good? [Answer - “no”]
© Brazilian Classic Cars

Widely considered to be “the sexiest slow car you’ve never heard of”, the Volkswagen SP2 was made by VW Brazil from 1973 to 1976. Despite its coupé design, the SP2 was based on the air-cooled VW Variant; a family car produced for the domestic Brazilian market. It also shared the same engine as the Variant, albeit the air-cooled unit was upped to 1,700cc and its power was increased to 75bhp. Despite looking like a sports car, having rear wheel-drive, and a class-leading interior in terms of quality and fixture, the SP2’s performance was leisurely. In fact, locals in Sāo Paulo where the SP2 was made joked that SP stood for “Sem Potência” or “without [any] power”. That said, who cares about going slowly when your car looks this good?