J. DeLorean's Story – One of the Most Colourful Chapters in Automotive History

For anyone who saw the movie Back to the Future as a kid, the DeLorean name is associated with a futuristic time machine. However, the older generation should know that John Zachary DeLorean was already a colourful figure in the automotive world of the 1960s. He became famous for his talent, but at the end of his life he could not distance himself from financial and cocaine smuggling scandals. It is paradoxical that John DeLorean is now best remembered as the creator of the DeLorean DMC-12, even though his legacy in automobile history is quite a bit more significant. 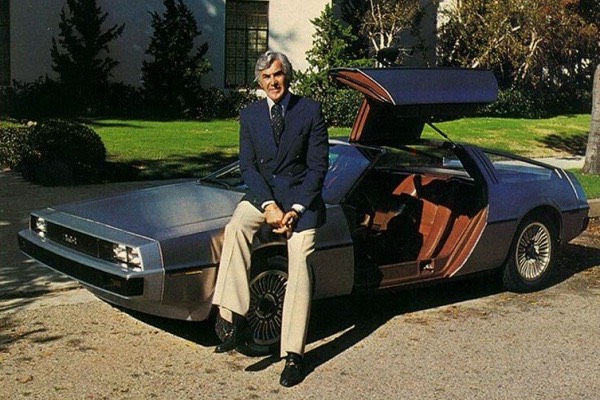 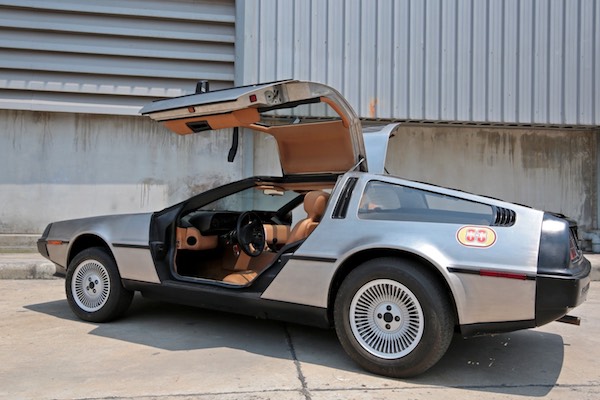 After growing up in Detroit in a family of immigrants from Romania and Hungary, he worked hard to make a life for himself. No one spoke English at home; his father worked at the Ford factory and drank constantly, and his mother worked odd jobs to support the family. In the book Dream Maker: The Rise and Fall of John Z. DeLorean, he is quoted as saying “You cannot understand what poverty is until you know how poor we were.”

Nevertheless, the talented young man pursued an education and completed his studies in engineering. Once he graduated, he didn’t turn to the automotive world immediately – first he spent some time selling life insurance, and only later did he begin working at Chrysler, and then at Packard. Once he got some experience, DeLorean received a call from General Motors; he joined the Pontiac division in 1956 and quickly started climbing the corporate ladder.

He headed the new Pontiac Tempest project in 1959, but his greatest achievements were still to come. As chief engineer at Pontiac, DeLorean saw the potential of powerful cars designed for baby boomers. He created the Pontiac GTO – the first true muscle car which helped him gain his reputation as a visionary. The model that came out in 1964 exceeded its sales goals by as much as 500 per cent! 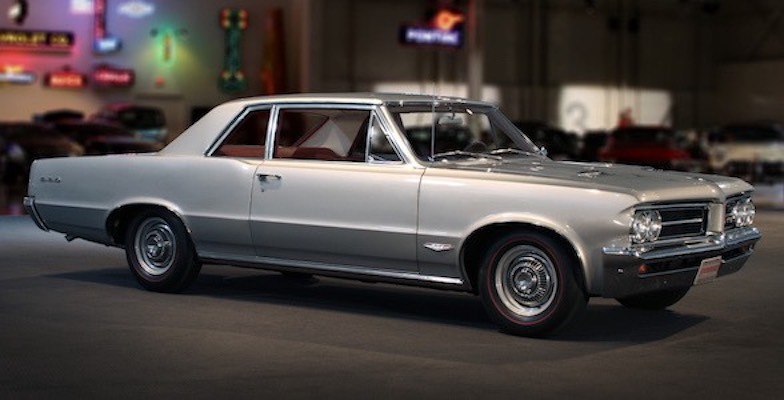 This success paved the way for DeLorean to become the head of Pontiac in 1965. Until then, Pontiac was known as a maker of conservative and practical cars, but the new boss changed the brand’s image, turning it into the American auto industry’s leader in terms of engineering, design and sales promotion achievements. From the sporty Firebird to the stylish Grand Prix – DeLorean had a hand in almost all of the successful projects this division of General Motors produced.

As the head of Pontiac, he changed quickly: unlike most other business executives in the auto industry, he became a vibrant figure – something of a bad boy. New acquaintances, dates with models half his age, divorce from his wife, hanging out with celebrities, parties, stylish suits, investments in the San Diego Chargers and the New York Yankees, noncompliance with corporate protocol – all this and more were DeLorean’s companion. Once he mastered the rock star image, he even got a $19,000 Maserati Ghibli and refused to drive General Motors cars.

Despite everything, General Motors valued him and he became the youngest vice president in the company’s history. In 1969, he was entrusted with Chevrolet – GM’s largest and most important division. It seemed inevitable that DeLorean would eventually become the president of this company, but in April 1973 he shocked everyone with his announcement that he is was “leaving the company to do things in the social area”. However, there were rumours that DeLorean had simply been fired because other General Motors executives could no longer put up with him.

The DeLorean DMC-12 – a project that turned into a fiasco

Everyone’s attention was now on what DeLorean would do next. Essentially, he could have done nothing, since General Motors was still paying him in accordance with the conditions of his contract termination. But he was haunted by the idea of creating his own sports car, which he had already attempted when he was still at GM. However, one of the conditions of his ‘divorce’ from General Motors was that he couldn’t work for their competitors. Given, DeLorean had hoped that GM would not consider the production of a limited editions sports car competition, but as soon as he began negotiations with other people in the automotive industry, he immediately lost the money he was receiving from General Motors.

Even though he was a rich man, he didn’t have enough money to start manufacturing cars. The DeLorean Motor Company, which he founded in 1975, therefore needed investors. At the time, DeLorean’s greatest assets were perhaps his reputation, charisma and good name, so he started looking for financial partners. After putting together a team of experts and developing the first prototype, the head of the company began looking for a place for the cars to be manufactured. Negotiations were held with several countries, but DeLorean fared the best with representatives from Northern Ireland. It was agreed in 1978 that a plant would be built in the Belfast region, that 2,000 jobs would be created, and that the DeLorean Motor Company would receive approximately £56 million in investments from the British government.

After coming to an agreement with investors, the DeLorean Motor Company began planning production, but quickly realized that in order to develop a prototype accordingly, they would need help from more experienced companies. DeLorean first approached BMW and Porsche, but the Germans wanted more money and time than they were offered. However, the Lotus Group agreed to the proposed terms.

The car was named DMC-12, where the letters represented an abbreviation of the company name and the number 12 was a reference to the planned $12,000 starting price. The body was designed by Giorgetto Giugiaro, who maintained what was then his signature style of sharp lines. It appeared on the market in 1981 and stood out for its futuristic design, featuring gull-wing doors which opened upwards. Like the decision to use stainless steel body panels, this design solution added extra weight to the car. Furthermore, the use of this material meant that nearly almost every touch or scratch left a mark on the body. So many features were created so that style was more important than function. 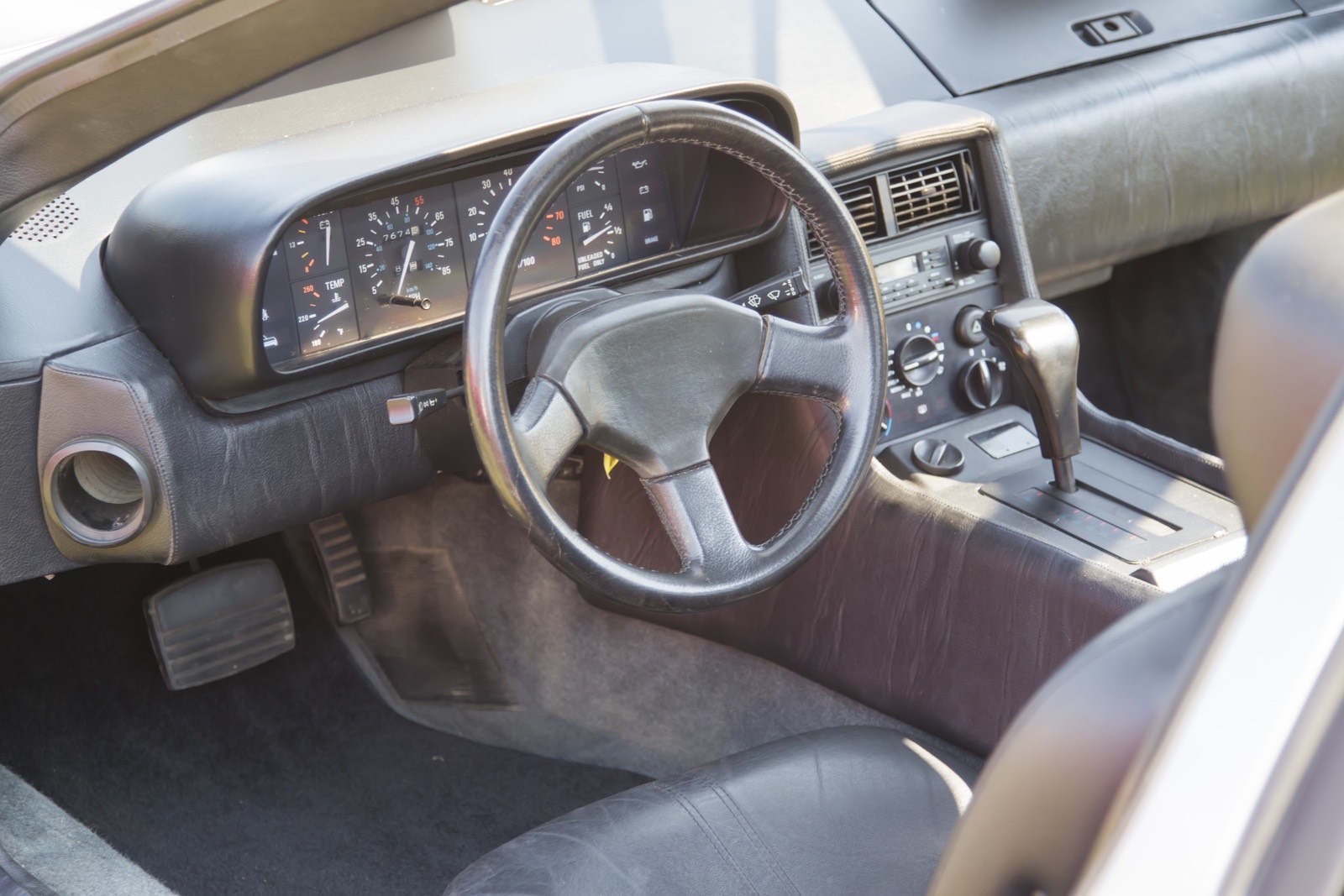 When demonstrating the first prototype, DeLorean promised that his masterpiece would match the Jaguar XJ-S in terms of technical parameters. However, the real specifications hardly went with the image of a sports car.

The car had a rear mounted 2.8 litre V6 engine borrowed from Renault which generated a mere 130 hp at best. It reached a maximum speed of 195 km/h, and took more than 10 seconds to accelerate from 0 to 100 km/h.

DeLorean hoped that Americans would get to like his new creation. However, the US economy was a mess at that time; people were uncertain about their future, and the production and transport costs that had increased for a variety of reasons meant that the DMC-12 cost $25,000 in the US in 1981, i.e. $10,000 more than a Corvette. The bad initial reviews it got from journalists and the poor assembly quality did not add to its popularity.

Although the company initially planned to sell approximately 30,000 cars per year, their intentions turned into a fiasco – in its few years of production, only about 9,000 DeLorean DMC-12s rolled off the conveyor-belt.

Despite the failure, this model made the DeLorean name famous around the world when it appeared in the 1985 movie Back to the Future and made a lasting impression on everyone. Even though the movie didn’t improve the car’s image, DeLorean still sent screenwriters Robert Zemeckis and Bob Gale a thank you note. And there was indeed something to thank them for – DeLorean received enough money from toy licenses to improve his financial situation.

The end of a scandalous legend’s life

Following the collapse of the DMC-12 project, DeLorean got deep in debt, but that was not his only problem.

In October 1982, the entrepreneur got back media spotlight when he was arrested at the Los Angeles Sheraton Plaza with 27 kg of cocaine worth $6.5 million. Even though he was threatened with a 60-year sentence, he only spent 10 days in prison and was released on $2.5 million bail. After an investigation and trial that lasted over a year, he was acquitted in 1984; nevertheless, his reputation as a businessman was damaged irreversibly.

He was accused of fraud, tax evasion and racketeering in Detroit in 1985. He later tried to create another new automobile company, and he also sold watches under his name, but the debts and scandals of his past struck out all of his attempts to revive the business; he officially went bankrupt in 1999. In 2005, at the age of 80, the automotive industry legend died in a New Jersey hospital of a heart attack. John DeLorean’s colourful life is well illustrated by the fact that he was buried in blue jeans and a black biker vest, and his tombstone depicts a DeLorean DMC-12 with the doors opened upwards.