Giorgetto Giugiaro: the Most Influential Automobile Designer of the 20th Century

Automobile designers are similar to musicians in a way: when you hear about them, it always turns out that they used to play in another group. Giorgetto Giugiaro’s career played out similarly – by the time the world found out about him, the designer had already carried out a number of amazing projects with various studios.

He is referred to as the designer who had the greatest influence on the modern automotive industry, and a variety of different vehicles – from ordinary hatchbacks to exclusive supercars – were produced according to his visions. Born in 1938, the legendary Italian designer is usually recalled when the conversation turns to the first Volkswagen Golf, the BMW M1 and the Fiat Panda, but his collection of works includes several hundred different models. It is estimated that in the nearly 50 years that Giugiaro headed Italdesign, the company developed more than 100 concept cars and 300 production cars, of which more than 60 million units were sold. 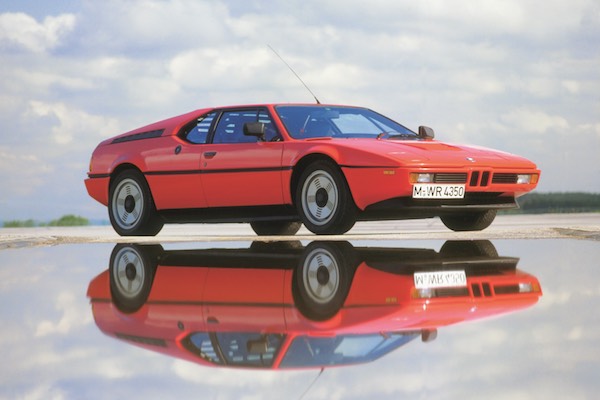 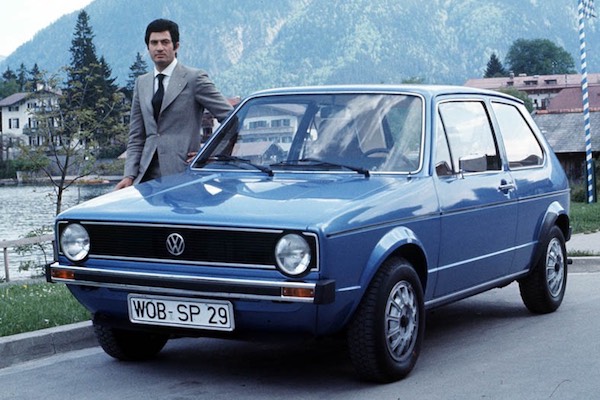 “When it comes to criteria for fine design, the proportions top the list. It is always somewhat of a mathematical game,” said the design genius.

Chief designer at the age of 22


He began his acquaintance with the automobile industry at the age of 17, when he was invited to join Centro Stile Fiat. Until then, he had no interest in cars and wanted to follow his father’s footsteps and become an artist. As a part of a large team, he quickly gained experience, but not one of his proposals was approved. Everything turned upside down in 1958 at the Turin Motor Show, where Nuccio Bertone saw his sketches and decided to lure in the talented young man. And that’s how Giugiaro, at the age of 22, became the chief designer at one of Italy’s premiere design studios.

The first car he designed was the Alfa Romeo 2000/2600 Sprint coupé. In just six years, Giugiaro created more than 20 successful designs – among which the Giulia Sprint GT, the Fiat 850, the Fiat Dino, the Chevrolet Corvair Testudo, the Alfa Romeo Canguro and the BMW 3200CS might be mentioned – and helped the Bertone studio reinstate itself among the leaders in design. 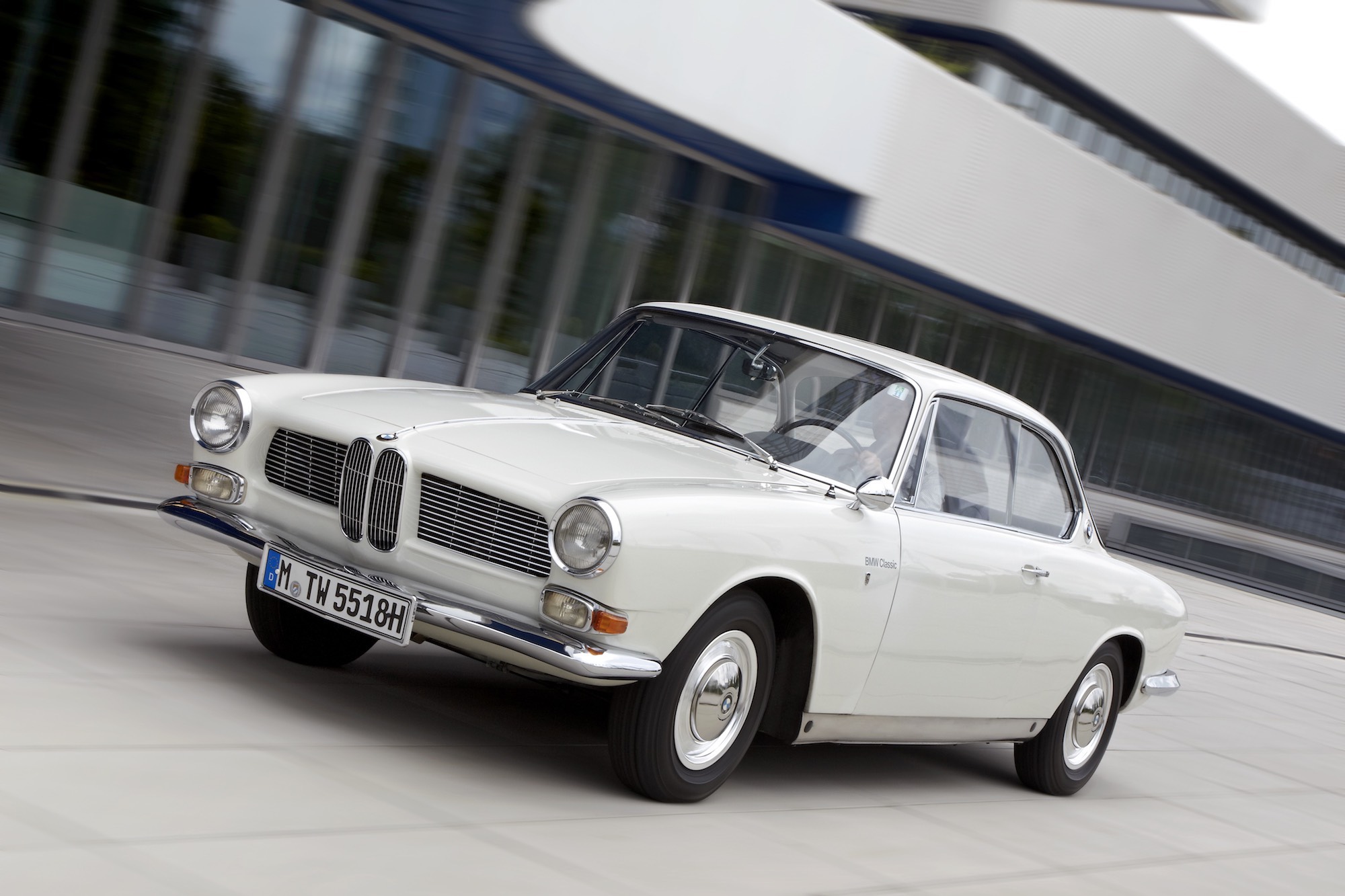 A turning point arrived, and Giugiaro moved to Ghia in 1965. Immediately after, its management was taken over by Alejandro de Tomaso, head of De Tomaso Automobili. Even though the two men didn't get along all that well, they still managed to design a few impressive models for that time: the De Tomaso Mangusta and the Maserati Ghibli that were born at the Ghia studio – both of which were characterized by a shark-shaped nose, a sloping roof line and a rather aggressive design – were unveiled in 1966.

The most important car of his career


However, Giugiaro didn't stay long there either – he left Ghia in 1967. One year later he decided to found his own company – Italdesign – in Turin; over time, this company began producing more than just cars, adding product and appliance design in the form of Ducati motorcycles, razors, furniture, hair dryers, bathroom equipment, watches, weapons, cameras and so on.

Italdesign stood out from its competitors for the fact that it created both design and prototypes, and also provided engineering and testing services, so all the automakers had to do was take care of production. Giugiaro’s work methods were unconventional. His unique trait was that he could come up with a basic idea very quickly. In addition, he didn’t have to transfer the designs he came up with into clay models – he called this process a waste of time unless wind tunnel tests needed to be performed. 1:1 scale models were made by covering a wood frame with plaster. Furthermore, his company made prototypes from steel unless the customers paid for a carbon fibre body.

With the arrival of the Wedge Era, they created the attention-grabbing Lotus Esprit prototype in 1972. A bit later, the Maserati Merak and the Boomerang concept car came out, surprising everybody with their sharp lines. Soon after, this style was adopted by other companies as well. 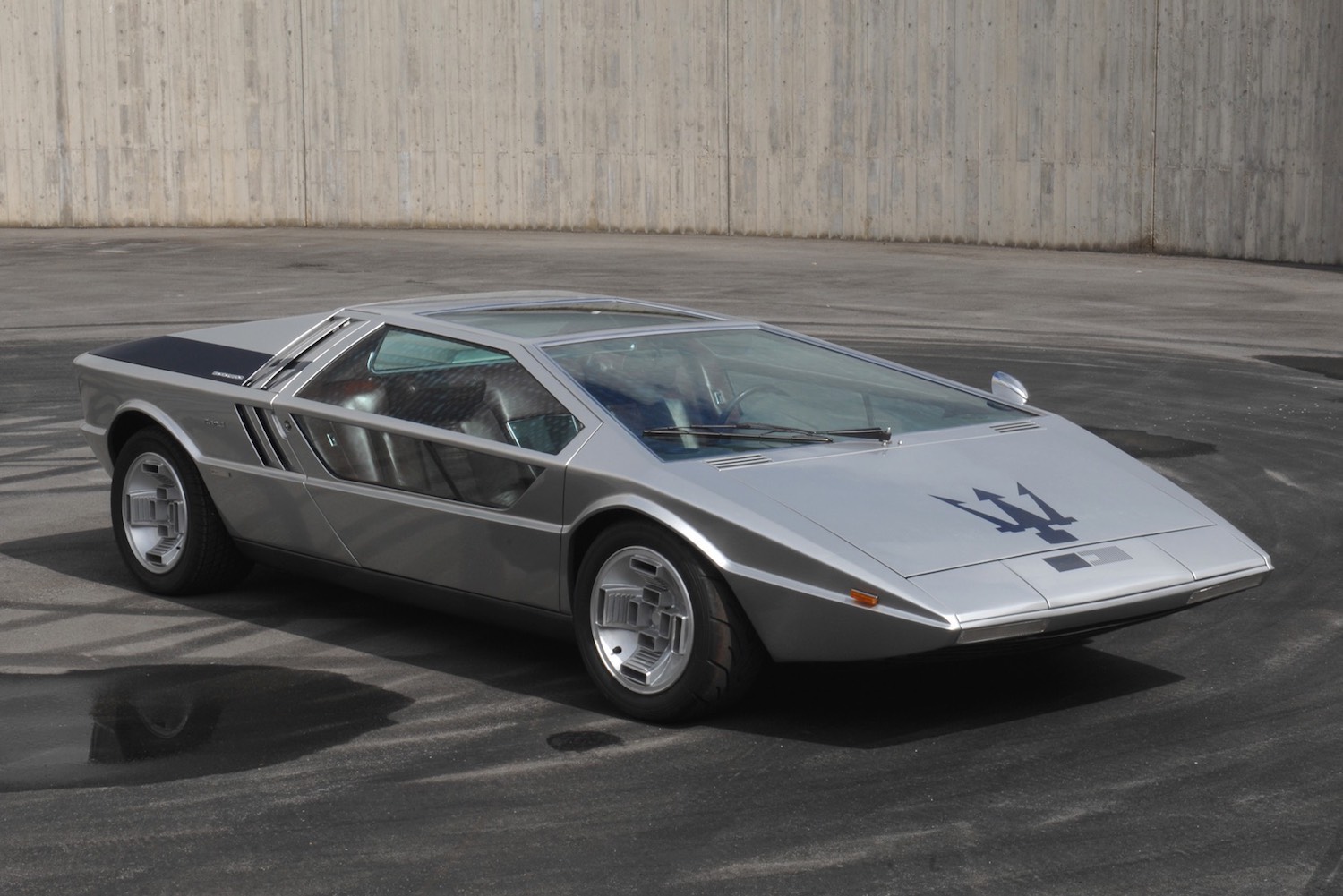 1973-1976 were perhaps the company’s most productive years, when several very successful models from different manufacturers were launched over a relatively short period of time: the Alfa Romeo GTV and Alfasud Sprint, the Volkswagen Golf, Passat and Scirocco, and the Maserati Quattroporte. This was the zenith of Giorgetto Giugiaro’s career. 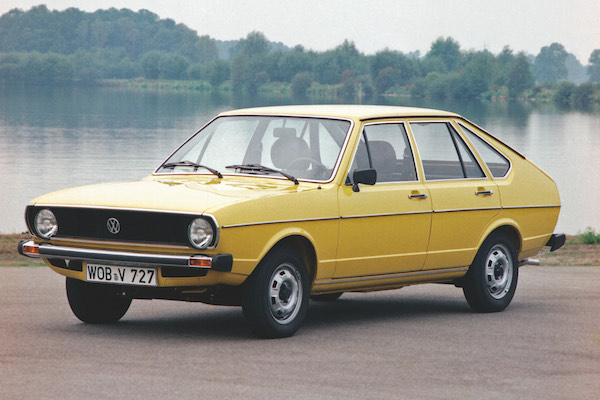 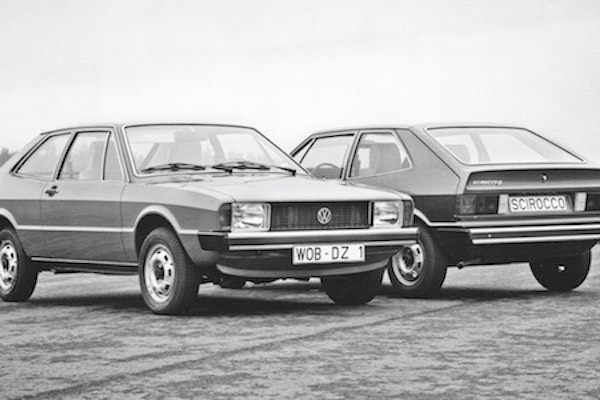 Recalling the period when he designed the Golf, the designer mentioned that at the time, Volkswagen was trying to move into a new, post-Beetle era, and it wasn’t hard for him to create a new type of car. “This is the most important car of my career. Its success opened many doors for me,” he said in 2008, celebrating his 70th birthday.


Another rather vivid stage was the boxy car era that started when the Fiat Panda he designed was launched in 1980. Giugiaro likened this little car to a pair of jeans – a product designed perfectly for consumers that is notable for its minimalism, asceticism and functionality. This model remained in the market with barely an update for as many as 32 years, and buyers were able to purchase models with various modifications, including a 4x4 version with an engineering system by Italdesign. “Given the dimensions of the car, it was the best we could do,” said Giugiaro.

However, such words can seldom be heard coming out of his mouth. He always stood out as a perfectionist who was rarely satisfied with what had been done, and he was especially critical about himself and his work. He knows all of the strengths and weaknesses of the models he designed – where logical solutions were used and where compromises were made.

Although many excellent examples of design can be found among his later works, such as the Alfa Romeo Brera (2002), the BMW M1 Homage concept car (2008), the Fiat Grande Punto (2005) and the Ford Mustang concept car (2006), it is without question that he created his most successful models in the 1970s and 1980s. 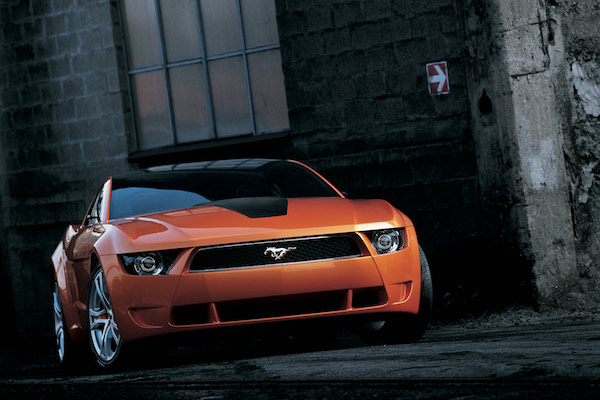 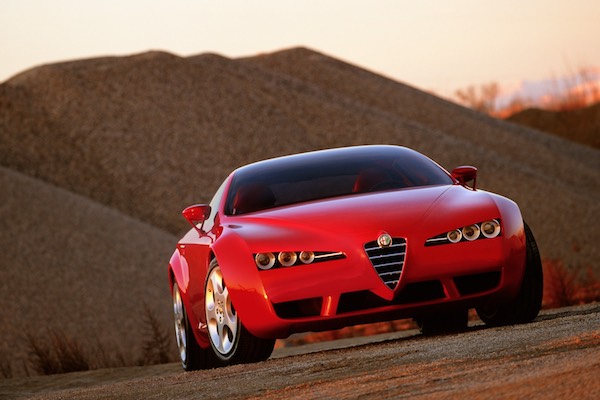 The contribution this maestro of design made to the history of automobiles is difficult to measure. The DeLorean, the Fiat Punto, the Saab 9000, the Lancia Delta, the Alfasud, the Audi 80, the BMW M1, the Maserati Bora – these are just a few of his works that have become classics and have acquired cult car status. 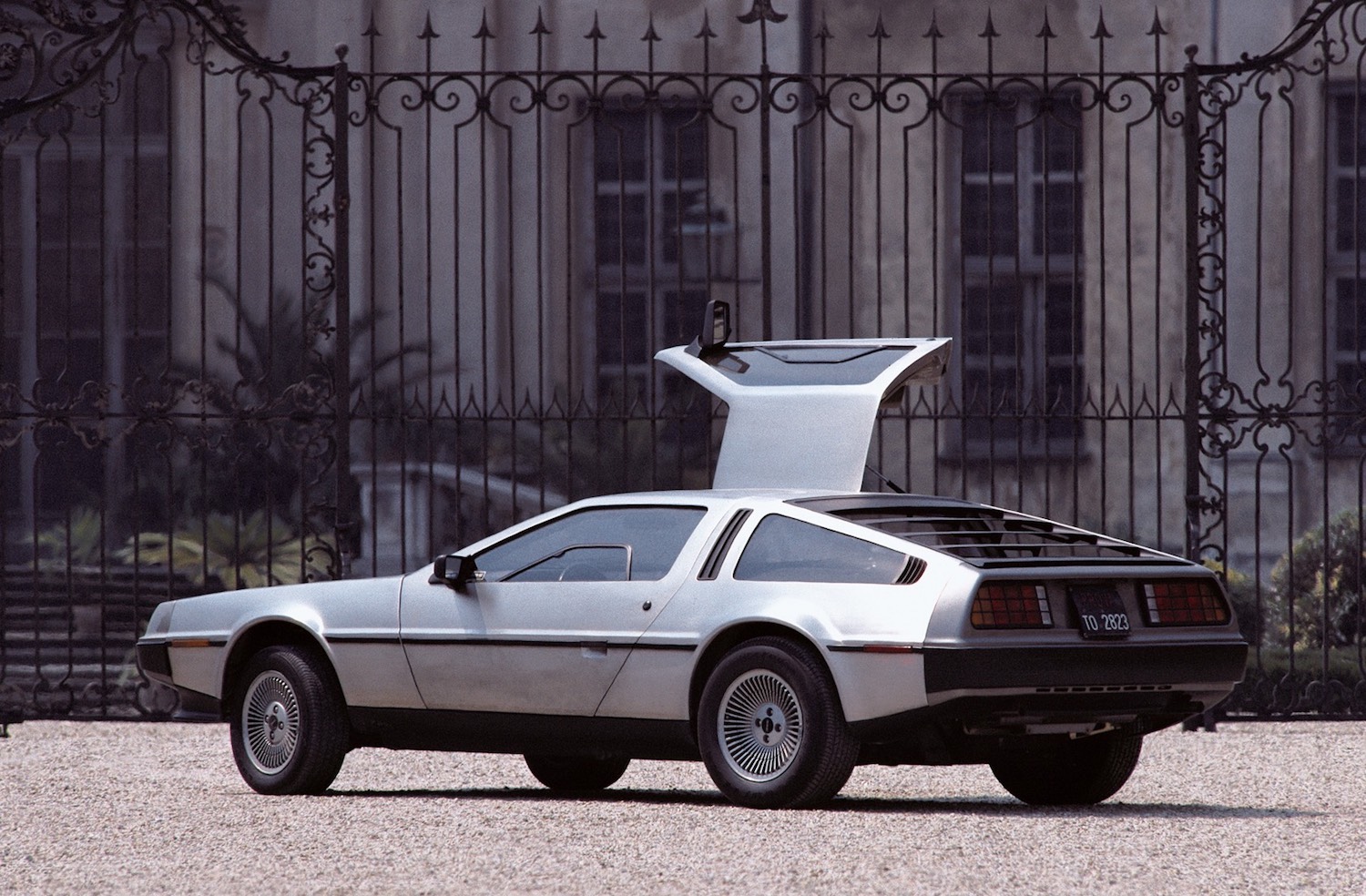 He once said “I have designed cars for every major company but Honda, and I will do that one day.” However, time has shown that he never had a chance to work with this Japanese brand. In 2010, Volkswagen subsidiary Audi acquired 90.1 per cent of Italdesign’s shares, and it was announced in mid-2015 that Giugiaro would be leaving the company he founded to dedicate more time to his personal interests, so he and his son Fabrizio sold the remaining 9.1 per cent to the Germans.