In 1973 an oil crisis took place due to members of the Organization of Arab Petroleum Exporting Countries proclaimed an oil embargo. The embargo was targeted at nations perceived as supporting Israel during the Yom Kippur War. This meant that the oil price which was relatively steady for the past 25 years started to grow like never before.

The price shot up more than 10 times by 1981. Times called for change. But times were not specific enough therefore West Germany's Federal Ministry of Research and Technology stepped in.

The rules of the game

To leave less room for money-seeking misunderstandings the Ministry also specified that these cars have to comfortably accommodate four adults with their significant 400 kilo baggage. And to really get the local engineers thinking it was also required that the size, performance and reliability would be equal or better than the comparable cars of the time. 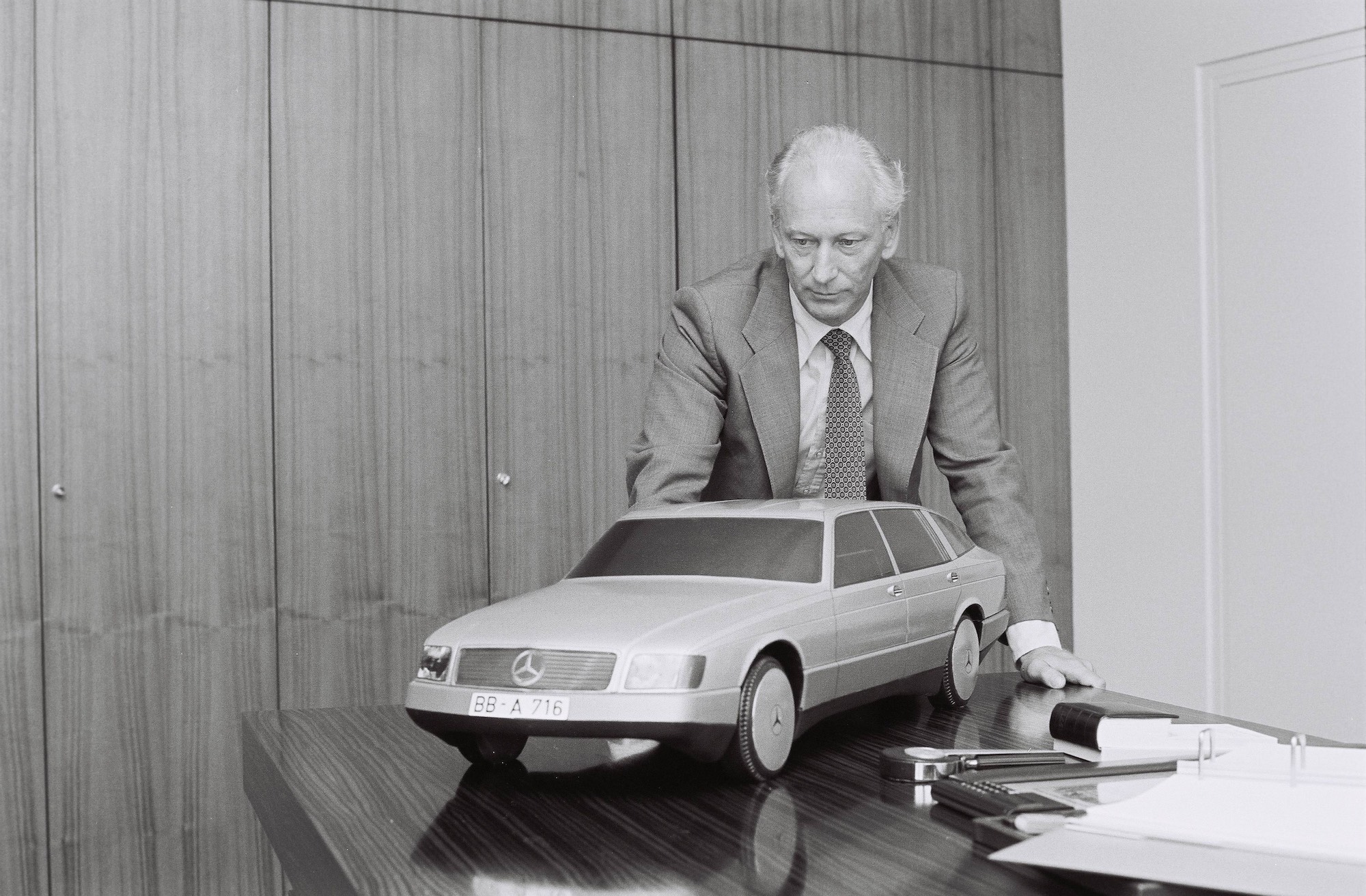 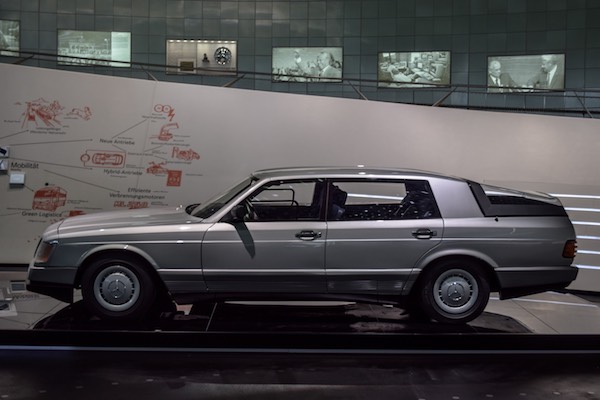 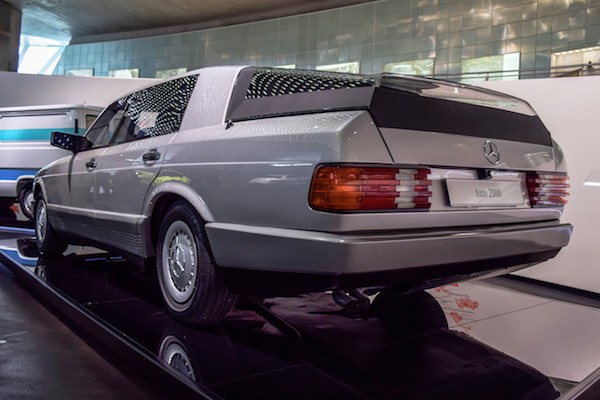 The first one was a 3.8-liter V8 with cylinder deactivation. This idea was first tried back in 1905 by Sturtevant company. And while variable displacement technology seems good on paper it's rather difficult to implement in a reliable way. A fact well proven by Cadillac's 1981 V-8-6-4 engine.

The second Auto 2000 had a 3.3-liter twin-turbo diesel. Some Mercedes sources suggest that this was a V6, although V6 diesels did not become available in production models till 2005. The engine's power output was 150hp which was good for a 150 km/h top speed. Tests have proven that with this setup the prototype can achieve an impressive 7.5 l/100km figure traveling at 120 km/h. 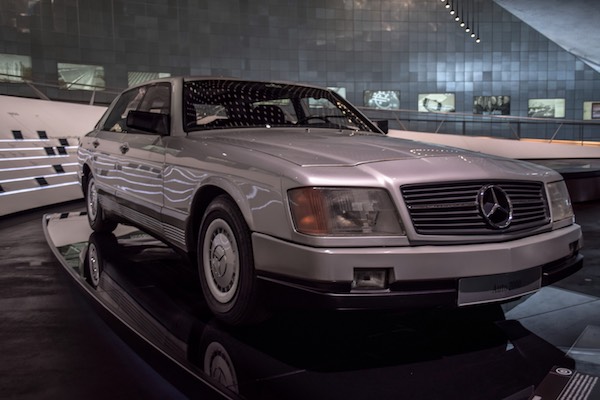 The prototype had design cues that went into the newer models
©Marius, AutoAgitator 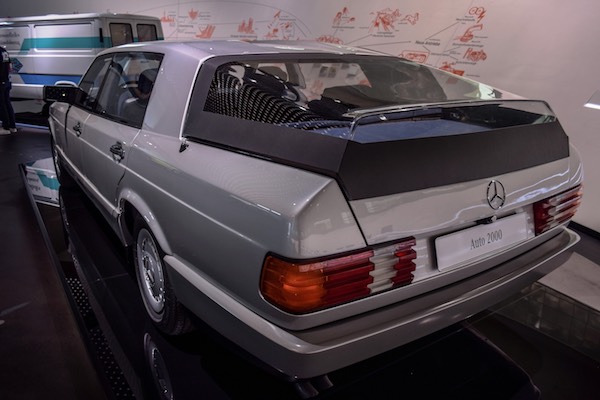 Close up of the transparent Kammback
©Marius, AutoAgitator

The third version was the most "2000" of them all - the gas turbine. According to Mercedes the turbine engine was burning fuel more efficiently, was smaller, had good torque, eliminated the need for water cooling and also weighed less. Though all of these benefits were probably heavily outweighed by the cost of the engine. Worth noting that Chrysler has made a series of semi-production gas-turbine vehicles in the 60s, but they never caught on.

All three Auto 2000 versions shared the same four-speed automatic transmission and an aerodynamically modified W126 S-class chassis. The combination of a lower profile, very distinctive Kamm-tail, aero wheels, a smooth front end with a splitter and other tweaks resulted in a very respectable Cd of 0.28. 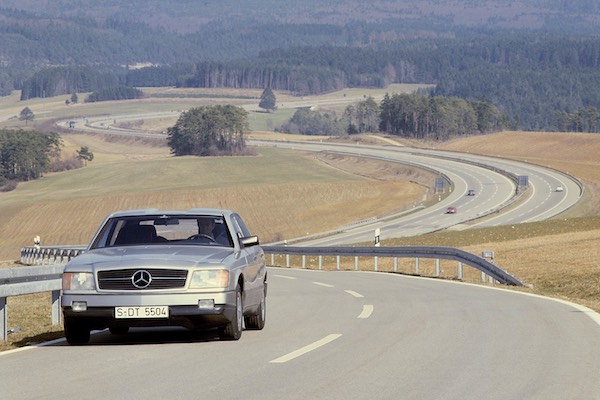 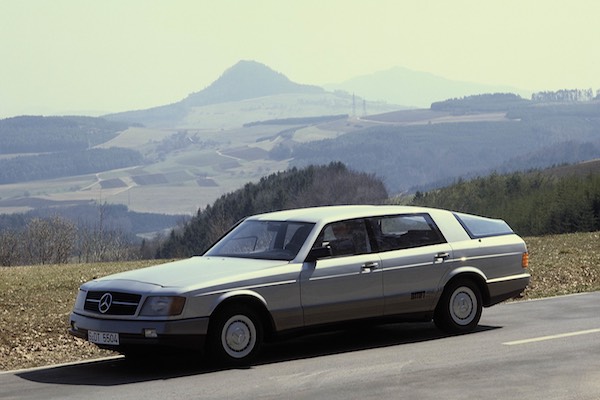 The Mercedes "Panamera" of its time
©Mercedes

Mercedes Benz implemented the aerodynamic achievements to the W126 successor and other models, hence the Auto 2000 front resembles the C140/W140 which design was approved in 1987-88. Cylinder deactivation became available but only with the newer S-class W220. Twin turbo chargers on Mercedes diesels also haven't been seen until the late 2000's. 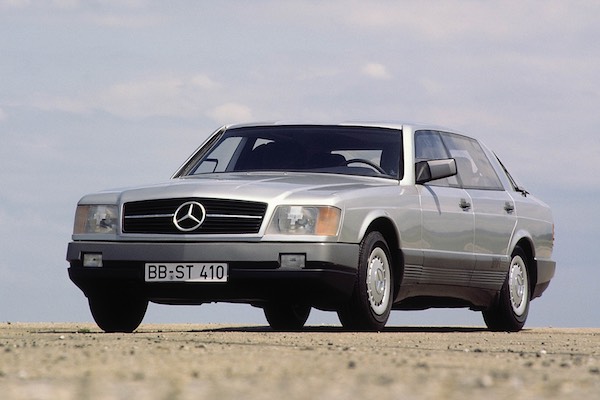 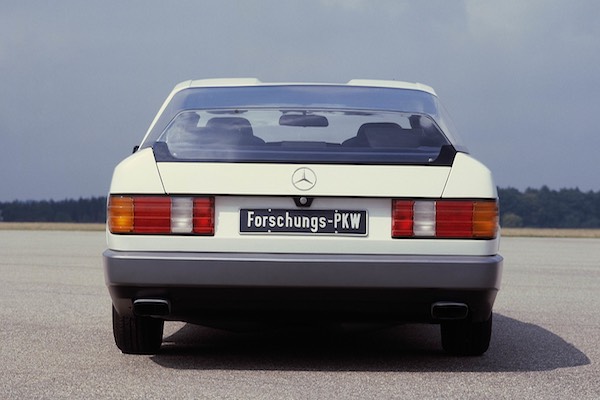 Besides doing the tests for efficiency Mercedes also used the prototypes to test new seatbelt technology, 80s style digital dashboard and even a navigation system. An interesting fact that Volkswagen also participated in the Ministry's competition with its own Auto 2000.