A product named for a famous person is nothing new – there are dozens of them in the market, from lingerie and clothing collections to food, perfume, cosmetics and household items. However, if we take a closer look at these celebrity-branded products, we'll quickly notice that most of them are mid-range mass-consumer products.

The new trend is "celebrity tech", which shows that, for example, Apple is no longer the most innovative technology company, and has become a maker of stylish, affordable, luxury-class gadgets whose phones are covered with shiny branded accessories from other manufacturers. All of these things are united by a few common features: the celebrity names that have been given to them are the result of commercial transactions, they are mass market products, and most of the celebrities whose names and faces grace the packages of face cream have, figuratively speaking, a very limited shelf life.

However, we are also surrounded by objects that have a practically unlimited lifecycle and can be passed down from generation to generation. Understandably, naming these objects after famous people is very risky, but such examples do exist. However, the fundamental difference is that in most cases these are not mass market products, and giving someone's name to a high-end product is a sign of respect – an attempt to perpetuate the person's achievements instead of using his or her name just to sell as much as possible.

Swiss watchmaker IWC Schaffhausen has numerous watches named after someone. These are various limited edition Antoine de Saint-Exupéry models and the entire exclusive Da Vinci line. In late November in 2017, a new name appeared among the exclusive celebrity-branded watches – "Tribute to Nico Rosberg". This is a chronograph from the Ingenieur line that was fundamentally updated this year. 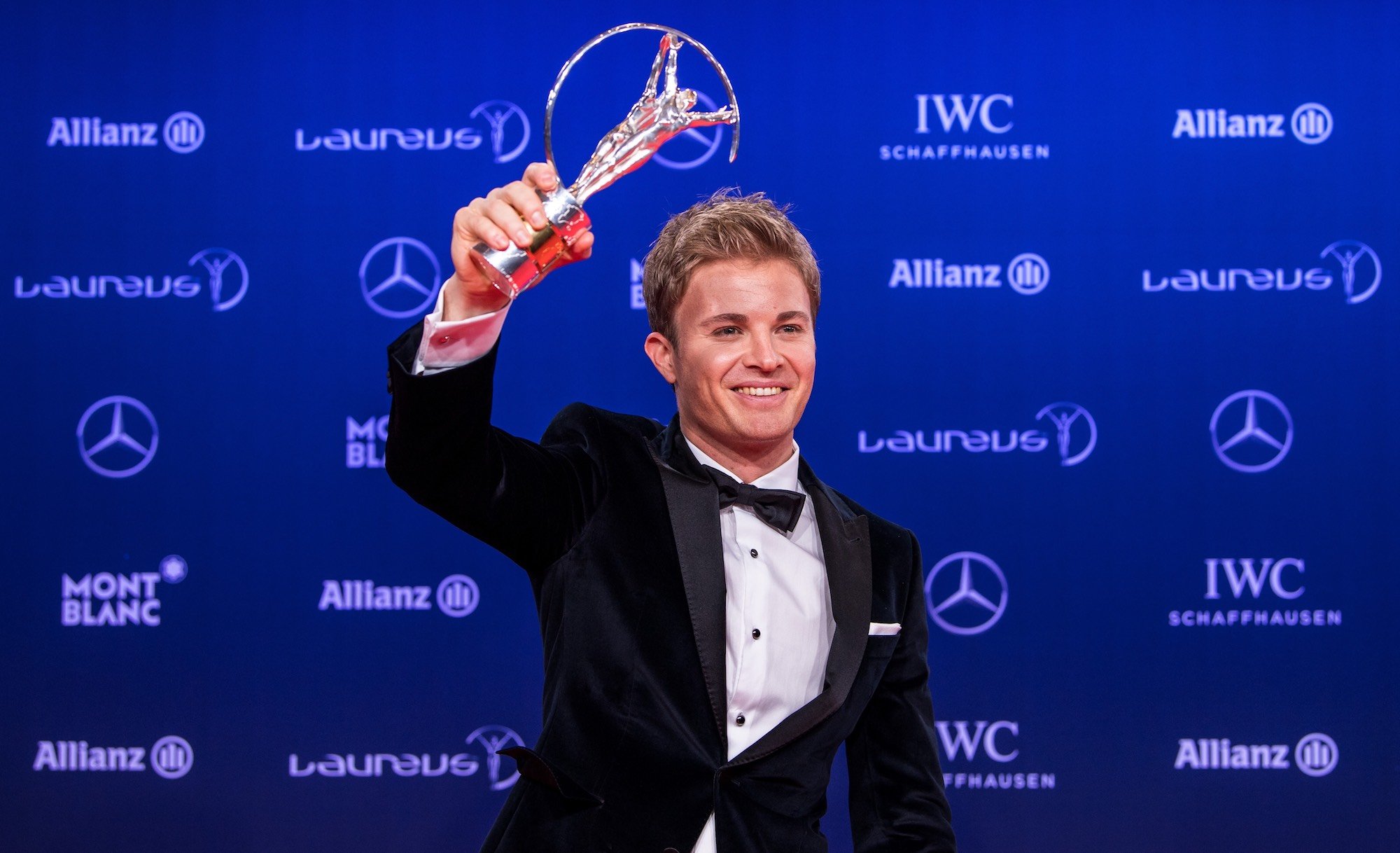 This is not the first time we've seen Nico Rosberg's name on an IWC watch. In 2013, IWC Schaffhausen, which is a partner of the Mercedes AMG Petronas Formula 1 Team, launched the Nico Rosberg and Lewis Hamilton special-edition watches , with each edition limited to 250. Both watches were chronographs from the Ingenieur line that feature titanium cases and calibre 89361 movements. Both watches have a medallion of carbon fibre from one of the cars used by the Mercedes AMG Petronas team, set into the titanium case back. The medallion is protected by a sapphire glass case back with the logo of Nico or Lewis. Both drivers worked with IWC Schaffhausen creative director Christian Knoop in the design of the watches. The Nico Rosberg watch had a silver-plated dial, a titanium case, and a rubber strap. The chronograph hands were yellow, a reference to the driver's trademark neon yellow helmet. 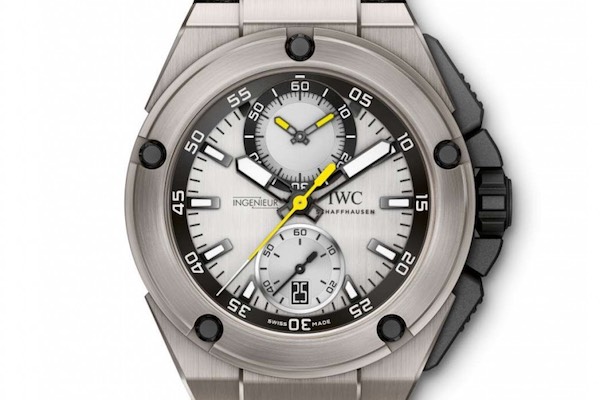 2013 Nico Rosberg’s watch has a silver-plated dial, a titanium case, and a rubber strap. The chronograph hands are yellow, a reference to the driver’s trademark neon yellow helmet
©IWC Schaffhausen 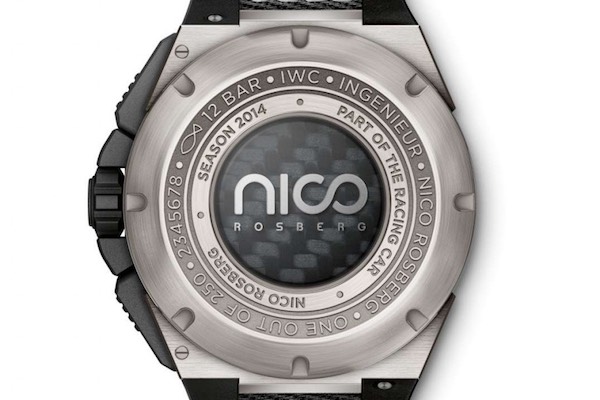 The new "Tribute to Nico Rosberg" is a watch with a completely different character. The first one was very sporty and durable – a watch for a person who was ready for a crazy adventure. The new model is a solid accessory for a gentleman who enjoys an active lifestyle. These two different designs are something of an accurate reflection of what Rosberg was doing in 2013, what his greatest achievement is, and who he is now. 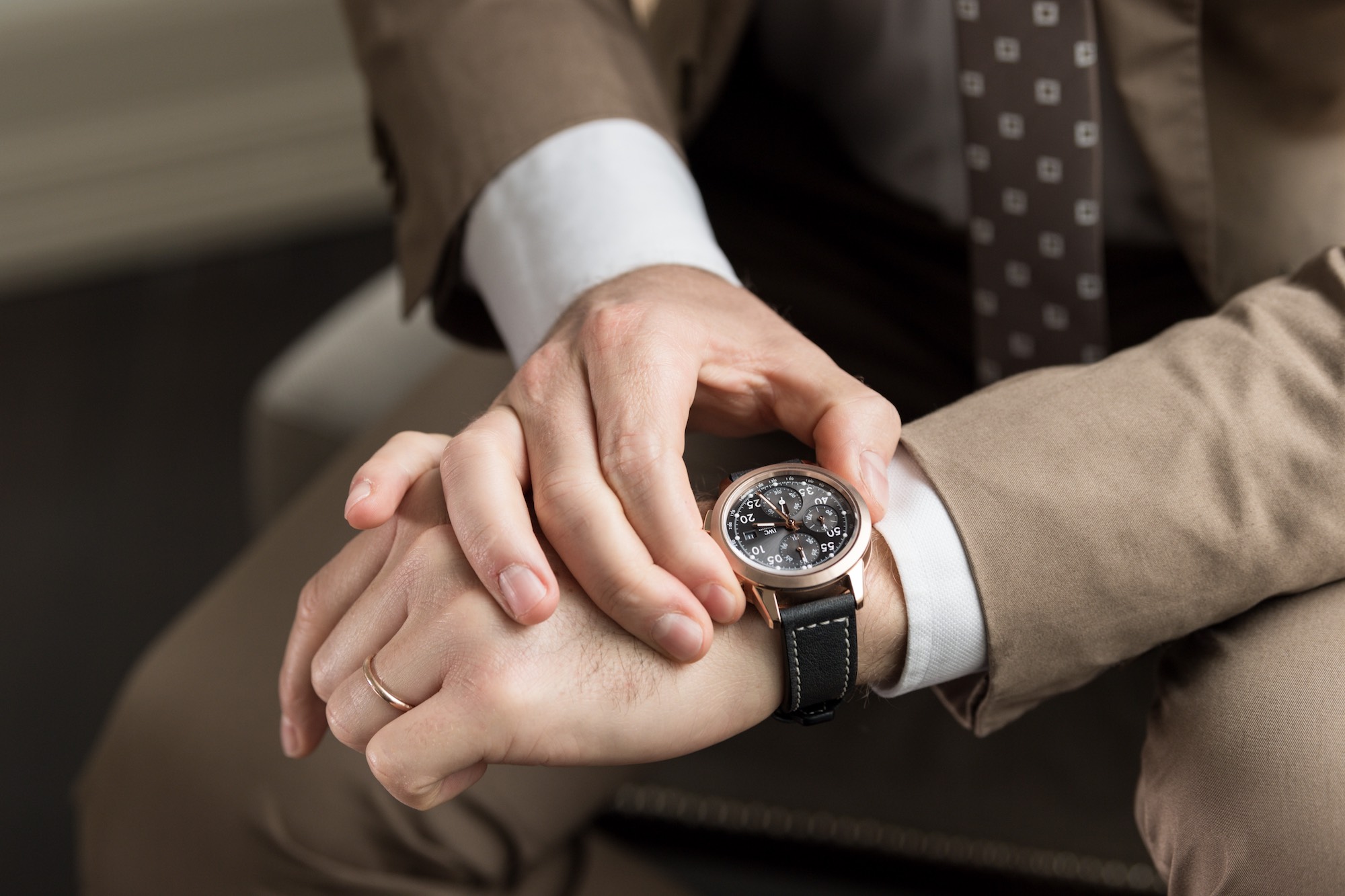 The IWC-manufactured chronograph with an 18-carat red gold case was designed by Nico Rosberg in collaboration with Christian Knoop, Creative Director at IWC Schaffhausen
©IWC Schaffhausen

When Nico was six, he decided to follow the footsteps of his famous father, Keke Rosberg, and become a Formula One world champion. He succeeded, but it took him 25 years to complete this journey. He grew up in Monaco, where his father won the Grand Prix in 1983. This was a very motivating environment. At the age of 10, he began successfully participating in kart racing, and his father was his first manager. The interesting thing is that he made such rapid progress that one of his biggest rivals at the time was Lewis Hamilton, but their career soon went in different directions. The 17-year-old Rosberg won the Formula BMW ADAC series, and the Williams F1 team that his father won the World Championship with invited him for a test session.

After racing successfully in the Formula 3 Euro Series for his father's racing organisation, Team Rosberg, he moved to the ART Team in 2005 and raced in the GP2 category. With five wins, he became the champion of the inaugural GP2 season, while working as a test driver for Williams at the same time.

He began his Formula One career in 2006 with Williams. In 2010, Nico moved to Mercedes GP, where his partner was seven-time World Champion Michael Schumacher. In 2012, Rosberg had pole position at the Chinese Grand Prix and finished the race with his first F1 victory. In 2016, he became World Champion. With 21 races, it was the longest Formula One season ever. The F1 world and its fans were still revelling in the memory of the championship when Rosberg – five days after his victorious finish – stunned everyone at the FIA prize Giving Ceremony in Vienna by announcing his retirement. This was not the result of some disagreement or quarrel. Rosberg spoke about very human things: a great dream, hard work, pain and dedication. From now on, he would put his wife Vivian and their little daughter first. He was the first reigning champion to do so since Alain Prost in 1993.

But Nico didn't disappear from the scene. He joined Laureus – a global movement that celebrates the power of sport to bring people together as a force for good. This year, together with double Olympian champion cyclist Fabian Cancellara and Ironman World Champion Jan Frodeno, he became a Laureus Ambassador. To foster awareness, the three athletes took part in a 30-kilometre (close to 20 miles) bike tour from Monaco to Ventimiglia.

And so, a special watch was released in November 2017 to honour last year’s World Champion Nico Rosberg. Limited to 23 watches, the Ingenieur Chronograph “Tribute to Nico Rosberg” recalls Rosberg’s 23 Grand Prix wins. The case is made of 18-carat red gold, and the watch is driven by an IWC-manufactured 69375 calibre – a robust chronograph movement with a column-wheel control device. It's likely that all 23 watches were sold instantly. 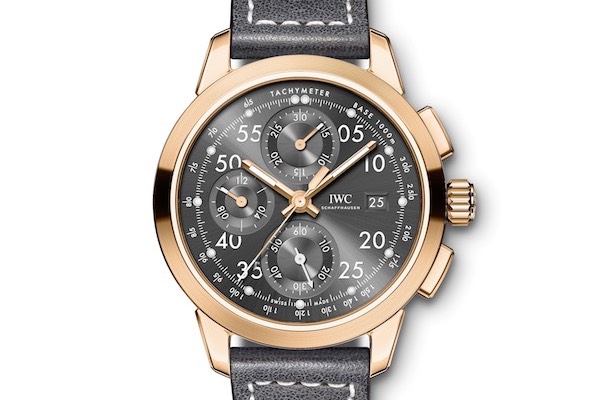 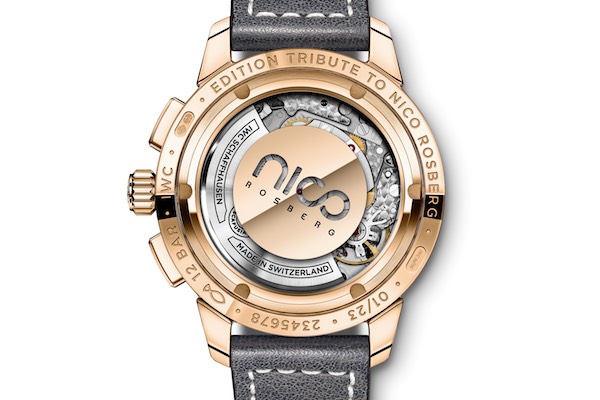 A special feature of this watch is its see-through sapphire-glass back, which is printed with the “NICO” lettering from N. Rosberg’s helmet
©IWC Schaffhausen