The Mercedes-Benz G-Class, commonly known as the G-Wagen, is a rugged off-road vehicle that has undergone many transformations over the years. From its beginnings as a military vehicle developed in collaboration with Steyr-Daimler-Puch in 1972, to its current status as a luxury car favored by Russian oligarchs and Middle Eastern princes, the G-Class has cemented its place as a Mercedes-Benzi icon. The car's durability and versatility have made it a favorite for off-road enthusiasts and those seeking a luxurious off-road vehicle.

After undergoing a long and careful development process, the Geländewagen, also known as the G-Wagen, was finally ready for release in 1979. However, the vehicle's introduction to the market was not without its challenges. The first major order for the G-Wagen fell through, leaving Mercedes-Benz-Steyr-Daimler-Puch in a difficult position. Fortunately, before the off-roader was officially released, the Shah of Iran placed an order for 200,000 units. Unfortunately, both for Mercedes and the Shah, a military coup occurred in Iran, which led to the Shah's overthrow and a lack of funds to pay for the G-Wagens. Despite this rocky start, the G-Wagen's ruggedness and reliability eventually helped it secure a place in military and civilian garages alike. Even the pope owned one for a time, with a special one-off G-Wagen featuring a tall, translucent plastic cabin for him to greet his followers from. Today, the vehicle has been retired and is on display at the Mercedes-Benz museum. 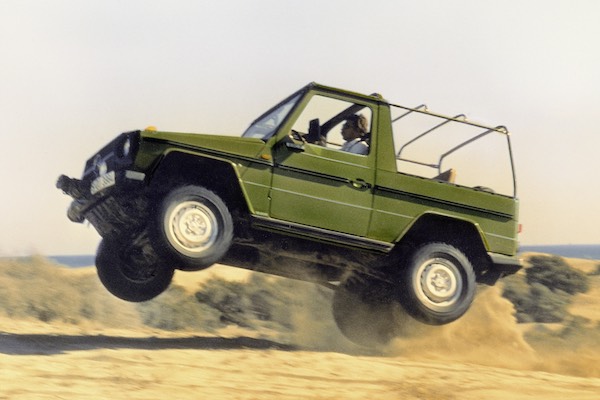 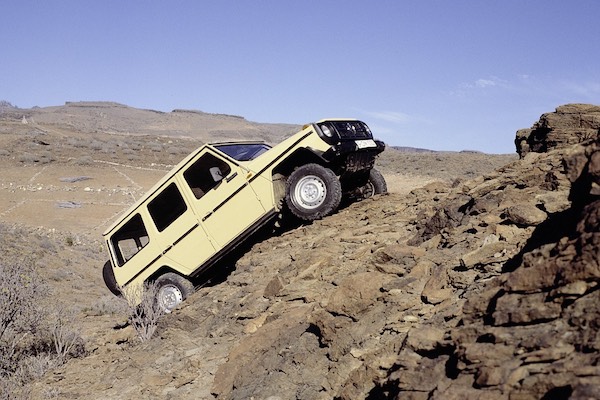 Due to its 3 locking diffs, the G-Wagen could tackle the steepest of climbs
©Daimler AG archive

Mechanically, the original G-Wagen was designed to be incredibly tough and capable of tackling difficult terrain without any issues. When it was first released, there were a wide range of petrol and diesel engine options available, ranging in size from 4 to 6 cylinders and in displacement from 2.0 to 3.0 liters. Perhaps most importantly, the G-Wagen featured three locking differentials, which gave it the capability to handle the most challenging off-road conditions. This tough exterior was not just for show, and when the time came for the demanding Budapest-Bamako rally, even Dyler's own team chose to use a trusty G-Wagen due to its impressive capabilities. 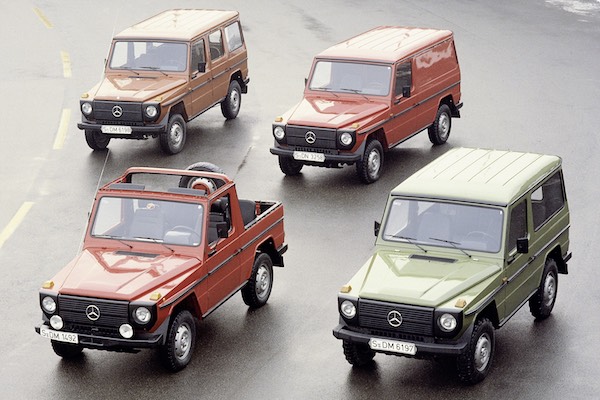 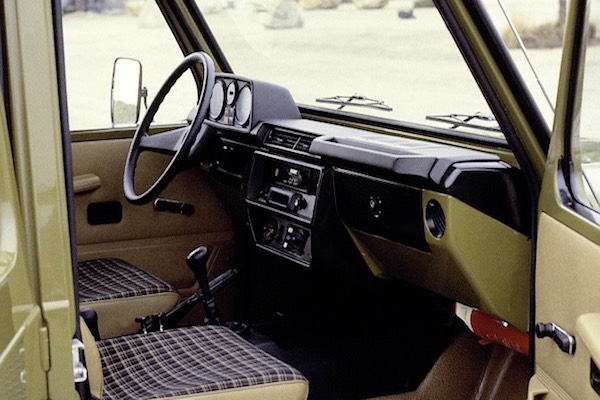 W 460 had a very ascetic interior. It was addressed with later iterations of the model.
©Daimler AG archive

The Mercedes G-Wagen had an abundance of character, which earned it some unexpected attention from the United States. Wealthy playboys began smuggling the off-road vehicles into the country, even though the G-Wagen was never officially sold there. In fact, starting in 1987, it was even illegal to import the G-Wagen into the United States. However, this did not deter enthusiasts, who found ways to circumvent the rules and bring the vehicles into the country. Over time, businesses that specialized in converting and importing the G-Wagen into the US sprang up, with Europa Car being the most well-known of them all. 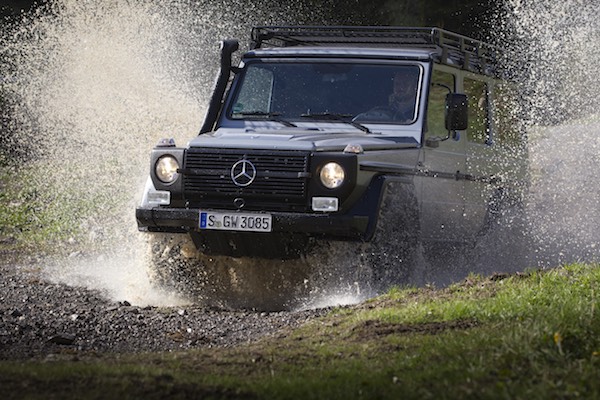 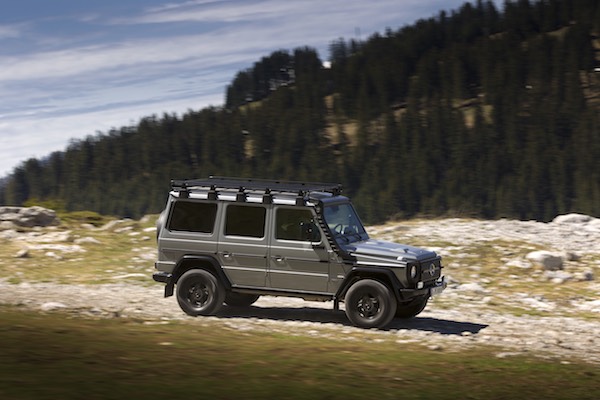 Eventually, Mercedes-Benz realized that not all potential buyers were interested in the G-Wagen's off-road capabilities, and in 1990, they introduced a revised version of the vehicle that was more refined. This new iteration, known as the 463, retained the G-Wagen's tough looks, but was less crude overall. From this point on, the vehicle was officially known as the G-class, and it was even available in a G500 guise, which was powered by a 5.0-liter V8 engine. While this version of the G-class may not have been ideal for military or farming applications, it was well-suited for cruising around Malibu and parking in front of trendy restaurants and clubs. 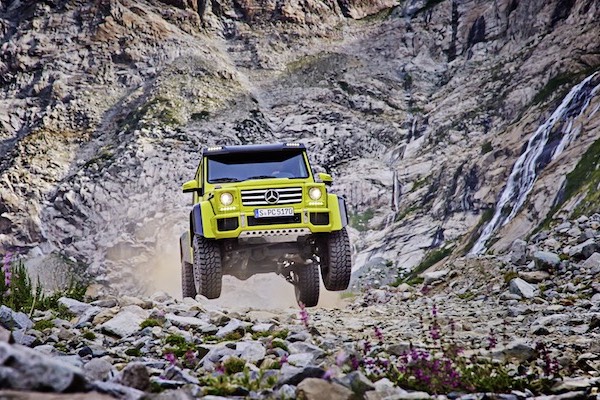 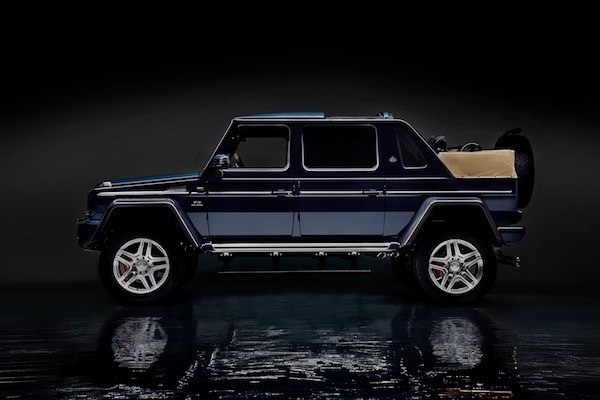 The G-class was not only popular in the United States, as it was also in high demand in countries like Russia and the Persian Gulf. As the Soviet Union was collapsing, G-class vehicles began appearing on the streets of Moscow and Saint Petersburg. Wealthy individuals in the Persian Gulf were also fond of the G-class, and Mercedes-Benz listened to their customers' wishes, especially if they were willing to pay a premium. In response to this demand, Mercedes and AMG released some extreme variants of the G-class that were even more powerful than the G500. For example, the G65 AMG featured a twin-turbocharged 6.0-liter V12 engine. While these more powerful models may have been worse off-road due to their low-profile tarmac tires and high center of gravity, they were perfect for showing off and spending all of the money that you saved by avoiding taxes. 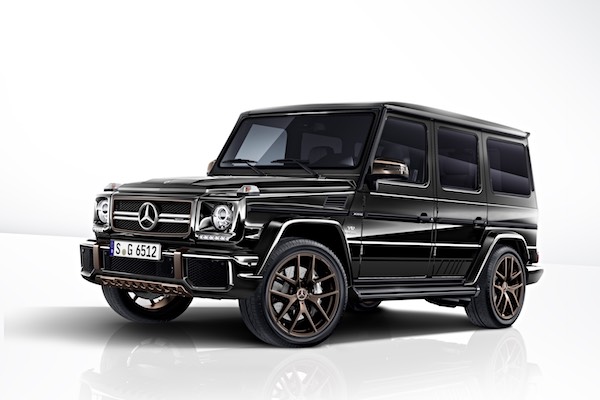 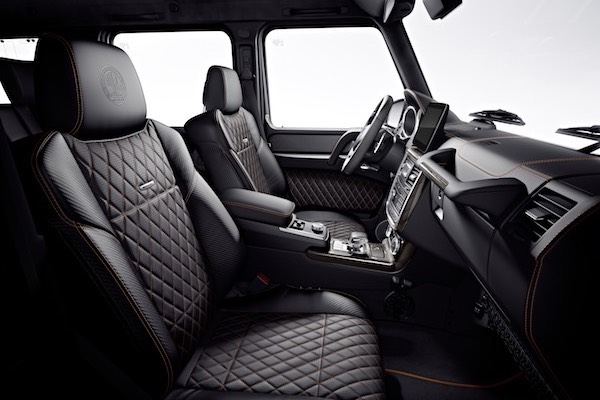 For those who wanted even more power and performance from their G-class, Mercedes-Benz also offered 6x6 versions of the AMG G-class. In the world of millionaire excess, nothing is impossible, and Mercedes was even willing to sell customers a V12 twin-turbo G-class with a long wheelbase, a convertible top, and an interior borrowed from the S-class. Of course, this level of luxury came at a high price, but for those with deep pockets, it was well worth it. In 2018, a new version of the legendary G-class was released, and while it looks very similar to the outgoing model, it is sure to come with a wide range of powerful engines to choose from. 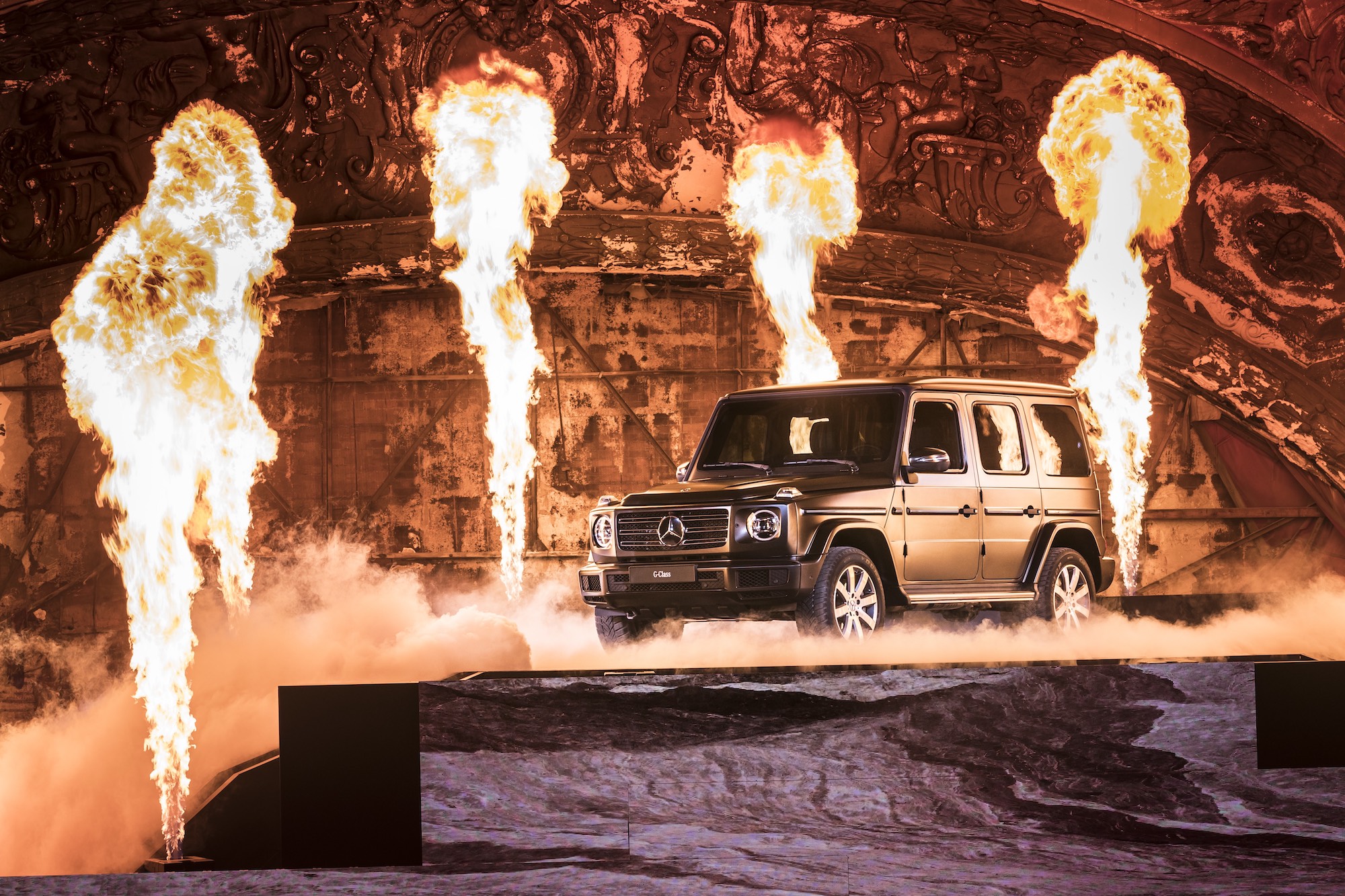 The G-class may be considered a dinosaur in the automotive world, but it is still beloved by the wealthy and continues to be produced in the Graz plant. While some may criticize the G-class for being outdated, the fact is that it is still a rugged and capable off-road vehicle that has stood the test of time. With the Land Rover Defender now discontinued, the G-class is the last of its kind, and it continues to be a popular option for militaries and civilian adventurers around the world. In this way, the rich and their love for the G-class have helped to keep this iconic vehicle alive and relevant, even in the face of more modern and advanced competitors.