Unimog Shows Adaptation is the Key to Survival

Mercedes-Benz C-Class is the marques top-selling model and main moneymaker. Its options range from tame diesels in company fleets to AMG muscle cars. But even considering the current convincing sales figures, the C-Class could be clinging for survival, due to the growth of the SUV sector and other industry trends. Though popularity is not sufficient enough for model’s survival, it takes a real talent to persist. And longest-surviving Merc – Unimog – has plenty of talents.

Unimog ’s rise began in 1945 as a rogue project in the mind of a passionate engineer Albert Friedrich. During the second World War, allies decided that it’s probably best for Germany to steer clear from the industrial development, so they could not make weapons again. To keep the Germans occupied and fed, it was decided in Potsdam that the country should focus on agriculture instead. Friedrich, a former engineer of Daimler-Benz, noticed that farm work was exhausting, and most of it was done manually or with animal assistance. He was convinced that there was a better way and some tractor-type vehicle could be perfect for the job. 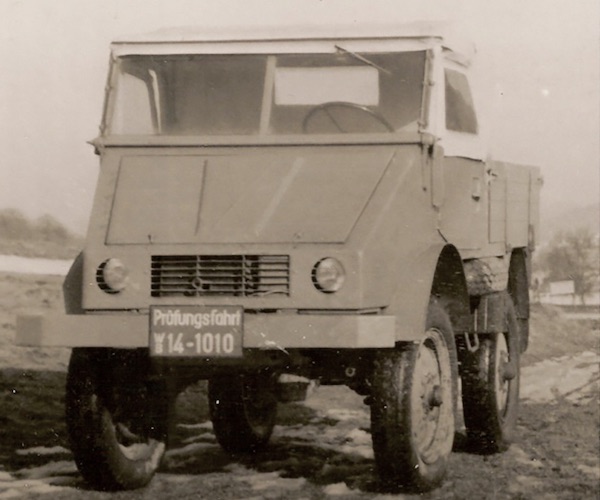 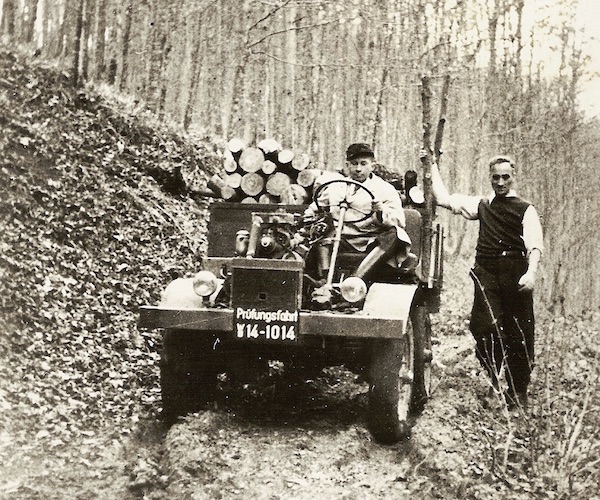 He drafted a four-wheel-drive vehicle with all equally sized wheels. He thought that it could serve as a tractor, farm transporter or even a stationary drive unit to power farming devices. He pitched the idea to his superiors at Daimler-Benz, but they were not convinced. That could have been the end of the project if Friedrich’s ex-colleague Heinrich Rößler did not learn about his idea. Rößler suggested that Friedrich should move his project to Erhard & Söhne, a metalworking firm where Rößler himself worked. 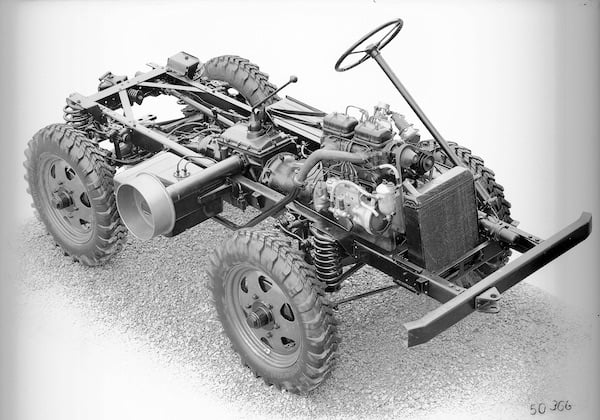 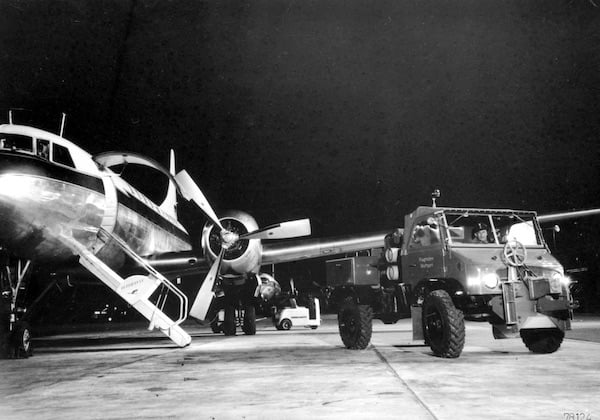 And so the development began. The first prototype of Universal-Motor-Gerät (Universal Motor Appliance), or Unimog, has been built in 1946. It was designed to replace tractors. However, due to four-wheel drive, portal axles, coil-spring suspension and lockable diffs it could go much further than any tractor. It was also faster - 25 bhp motor and 6-speed transmission propelled the original Unimog to physics-defying 50 km/h. 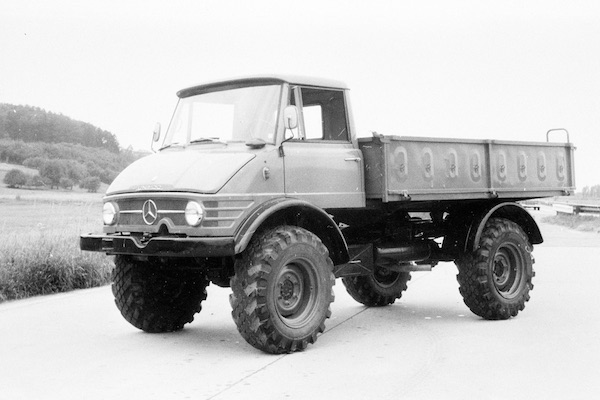 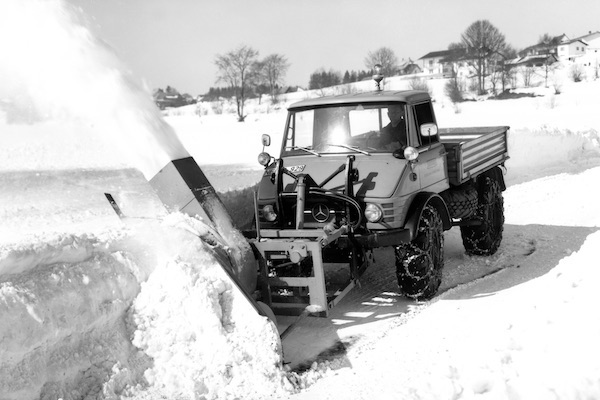 The recipe proved to be so successful that Erhard & Söhne struggled to keep up with the demand. Finally realizing the opportunity, Daimler-Benz acquired rights to the Unimog and took on the whole team of a project. But full Mercedes-ification has not taken place up until 1953, when Unimog was eventually redesigned. New changes provided a new rounder fascia with a trident star and a solid roof. The new Unimog was marked as 401 or 402 model. Until then, the first Unimogs were characterized by their rectangular shapes and canvas tops. 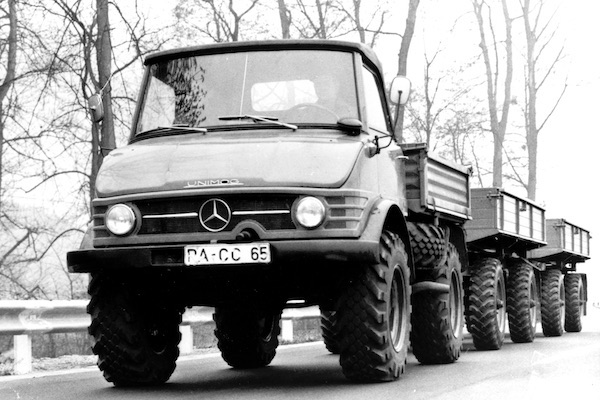 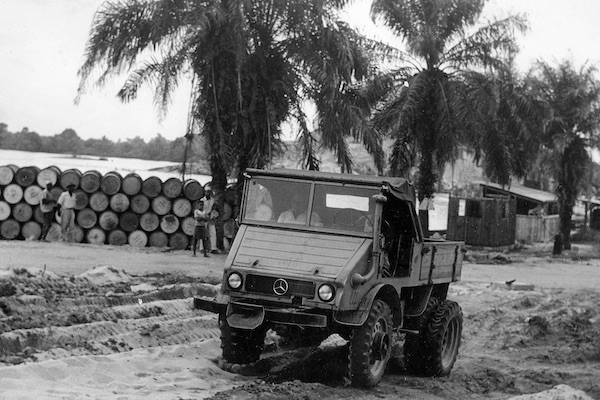 Due to the changing the political climate in Europe, sanctions on Germany were lifted, and Unimog was adapted for the military use. A swift off-roader is still a firm favourite among armies worldwide. But farming and military were not the only ways to use the ever-capable Unimog. As early as the 1950s, these cars have been used as fire engines, mountain transporters, snow ploughs, cranes and more. 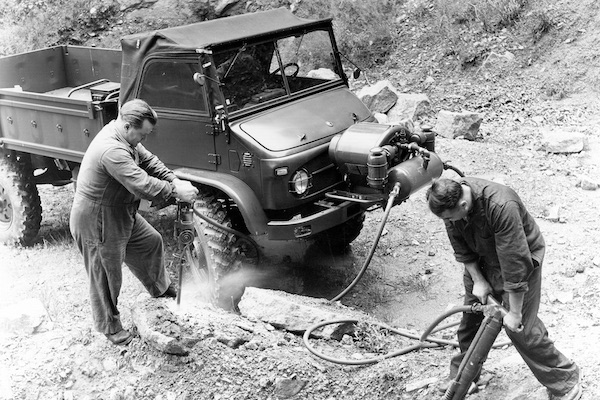 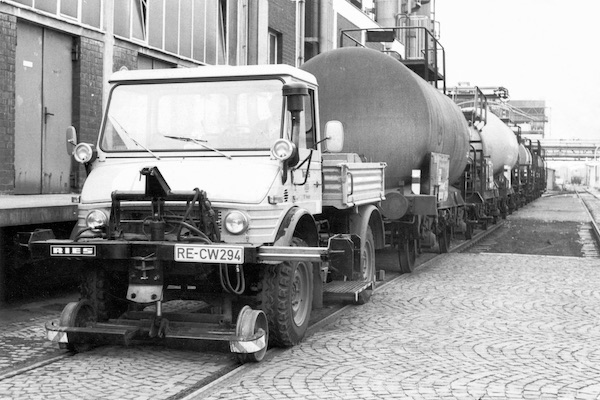 If your locomotive breaks down, an Unimog will do in a pinch
©Daimler Media

Seeing the different purposes people found for Unimogs, Mercedes-Benz designed its 404 version. Made from 1955, it was more of a multi-purpose off-road platform rather than a tractor. The new Unimog gained speed without losing any of its functionality. Now it tops out at almost 100 km/h, so it can go as far as before, but faster. This improved formula proved to be a success and Unimog 404 became the best-selling iteration with more than 64,000 units being sold before it has been discontinued in 1980. 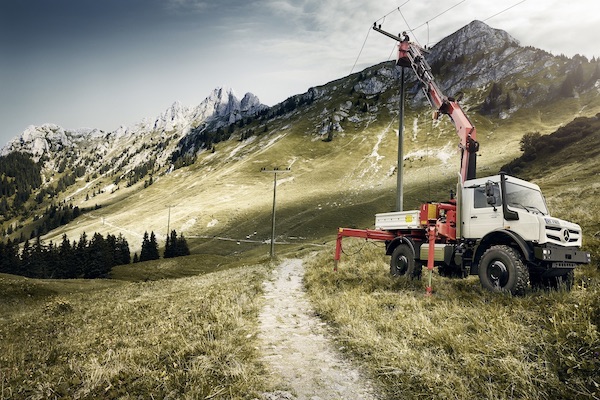 To this day, Unimog is used for working in the most remote areas
©Daimler Media 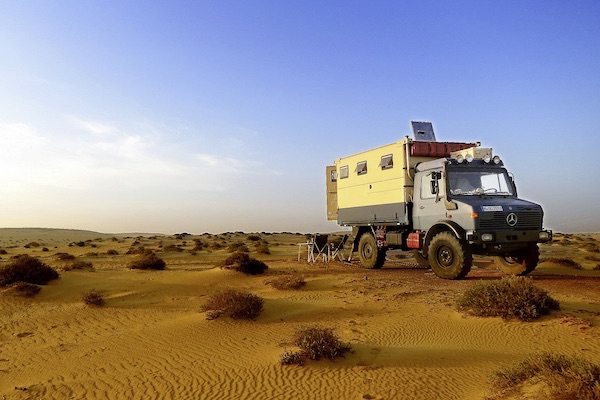 This Unimog was turned into the ultimate camper
©Daimler Media

Albeit universal, Unimog 404 was pretty big, and its size limited its applications. In 1970s Mercedes-Benz have introduced two smaller versions of the truck – light 421/403 and middle 406/416 to fill in the gap. To tackle the hardest of tasks, even bigger Unimog 425 was built. As you can see, branching out the Unimog line meant a host of puzzling numerical designations, possibly even more confusing than those found on Porsches. I will spare you the details as covering them all would require a separate article. 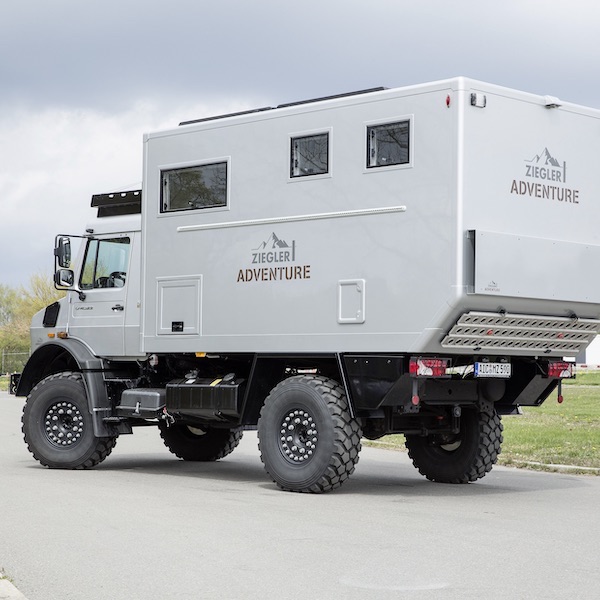 Any place can be your home with Unimog
©Daimler Media 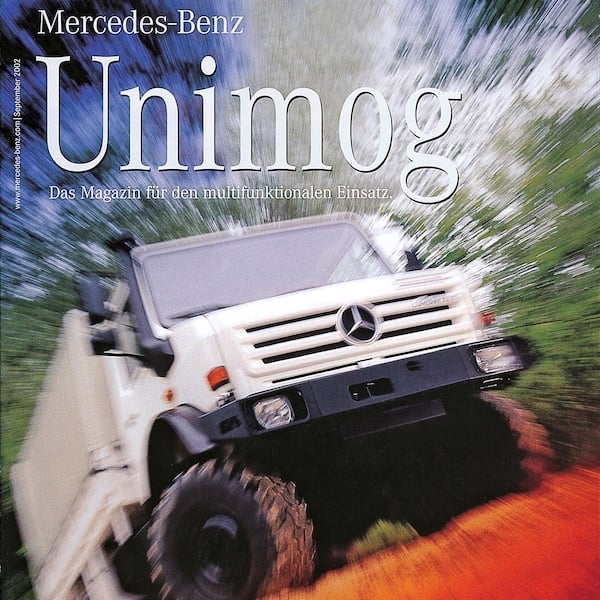 With such a cult following, Mercedes-Benz published a Unimog magazine
©Daimler Media

Infinitely adaptable, Unimog is still sold today with 30 model series and more than 70 years later. The underlying principles have remained the same – four wheel drive with portal axles, ladder frame and lockable diffs. It is a classic case of “if it is not broken, do not fix it”. All around the globe, Unimogs fulfill duties ranging from food sales to lawn mowing on railroad. Mercedes-Benz road cars may be the ones turning heads, but Unimogs keep the world turning. 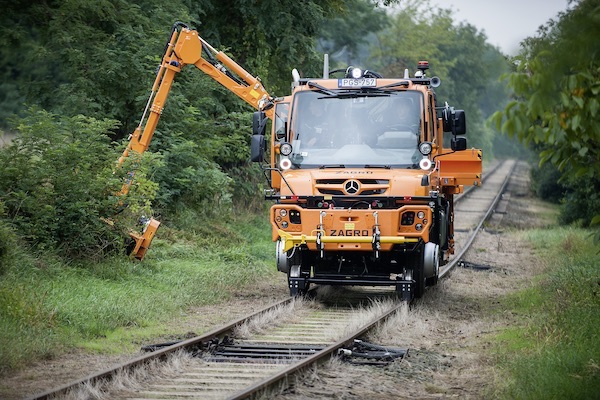 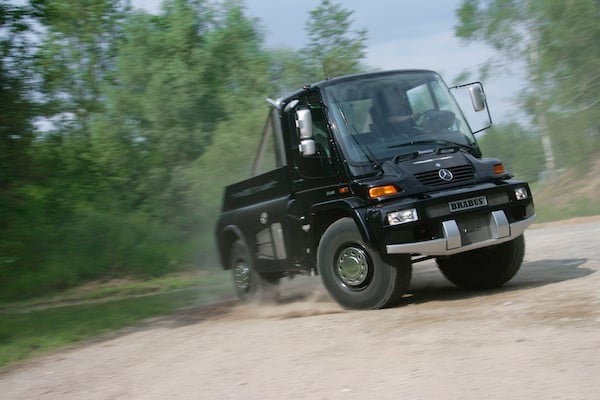 Mercedes-Benz unofficial tuner Brabus created the sporty version of U500, with a 6.4 l turbodiesel
©Daimler Media 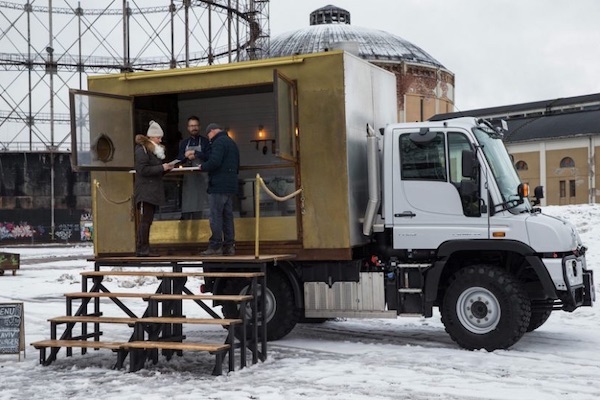