For a present-day teenager who is about to be able to legally get behind the wheel, the word "rocket" probably conjure up images of space travel or fireworks on New Year's Eve, but 25 or 30 years ago, "rocket" meant something completely different to teenagers. The "Pocket Rocket" was the nickname that the small but tough hatchback from Japan – the Honda CR-X – was known by.

Back in the '70s, car makers from the Land of the Rising Sun had bitten off a good share of the market – Detroit never managed to adjust to the oil crisis, and the small cars from Japan that you didn't have to pour your entire month's salary into were just the thing for thrifty Americans. One of these cars was the Honda Civic that came out in 1972 – nearly 180,000 of them were sold in the US in 1979 alone. Even though it rusted like crazy, the Civic was popular in the States and around the world not only for its economical ride, but also for it being a true "driver's car" on the road. 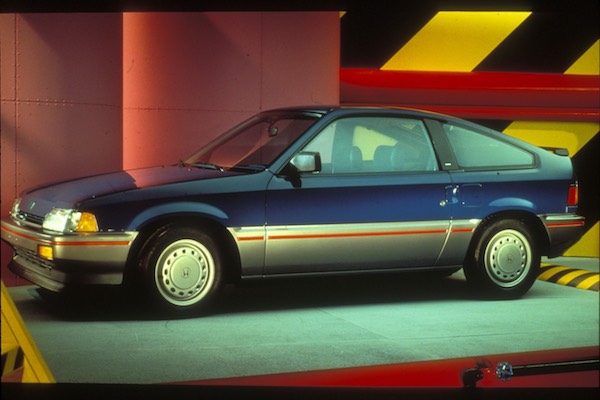 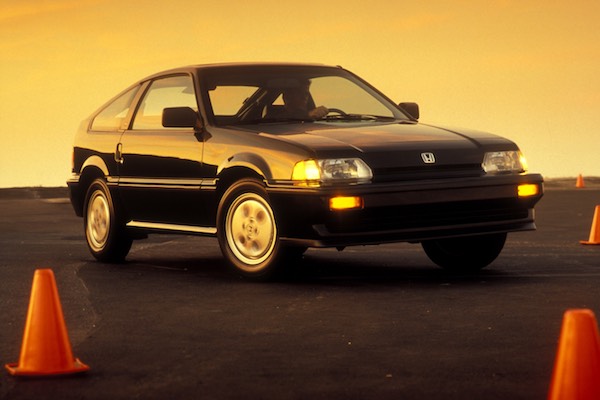 Yet externally, the Civic looked more suited for trips to the mall than to the race track. This is probably the reason why the managers at Honda set their hearts on a sporty version of the Civic. Especially since it was aimed at the US market, where sporty cars had already been popular for centuries – the Mustang in particular. Thus, the Honda CR-X was launched in June 1983. The two generations of this model (the second came out in 1987) appealed to both ordinary drivers and ones with a penchant for sports cars.

The new Honda had an unusual design compared to what the company had previously produced. It was a short, low hatchback with broken lines, a large rear window and narrow headlights. It was totally different from the rounded, chromed Hondas of the past. The company's marketing department played it well and didn't bother to introduce the concept for the future generation of the Civic – the third generation Civic design presentation became the CR-X. Along with the design, the CR-X also got a lot of other features from the Civic, such as the suspension and the chassis. Given, in its native Japan, the car's name wasn't all that "compact" – it was called the Honda Ballade Sports CR-X. This highlighted the model's kinship with the Honda Ballade sedan. 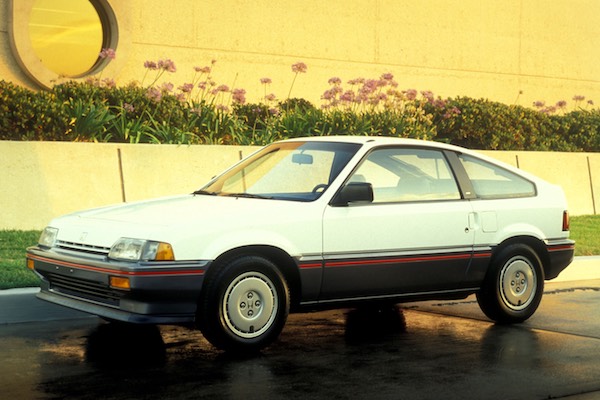 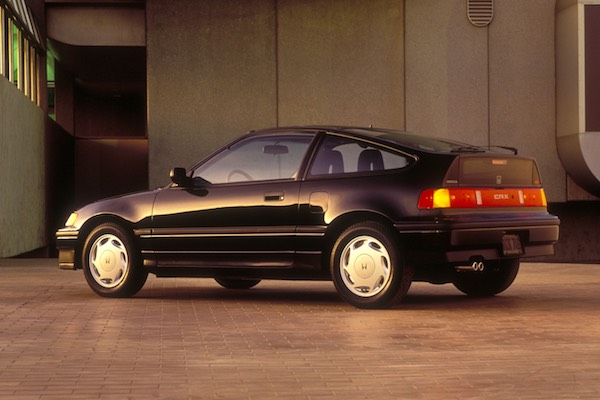 Even though it didn't look very luxurious, the CR-X was offered in Japan with quite a package. Power windows, air conditioning, leather seats, good sound equipment and other similar features are a must for any list of extras, but the CR-X also had its own special feature – a huge sun roof that slid into the rest of the top. If you have a Pocket Rocket like this, then you're lucky because not that many of these CR-Xs were sold, so their market value can only go up. Another feature that ups the value of this car is the digital speedometer. The kind that was all the rage during the '80s. True, you would probably have a tough time seating your kid or your mother-in-law in the CR-X, as its rear seats are purely symbolic. Honda itself was honest, calling them "one-mile seats". But only in the States and Japan. In Europe, the CR-X had the usual four seats.

However, it wasn't for its nice speedometer or air conditioner that the CR-X got the nickname "Pocket Rocket". It was for its engine and handling. Due to the stiff suspension it inherited from the Civic, the car was stable and relatively easy to handle on the road, and the robust engines (the most powerful engines on the European market could generate 147 horsepower) meant that this little guy could take off down the road like a spacecraft from Cape Canaveral. And even though this kind of horsepower doesn't seem very impressive in itself, you have to remember that the Pocket Rocket's curb weight (depending on the package) was about 900 kg. And the engines themselves were traditional Honda DOHCs that liked to rev high. This (again – depending on the engine and the curb weight) made it possible for the tiny car to accelerate to 100 km/h in under 8 seconds. That's an amazing result for the mid '80s. This is why the CR-X was also popular among racing drivers, especially in drag and autocross events. 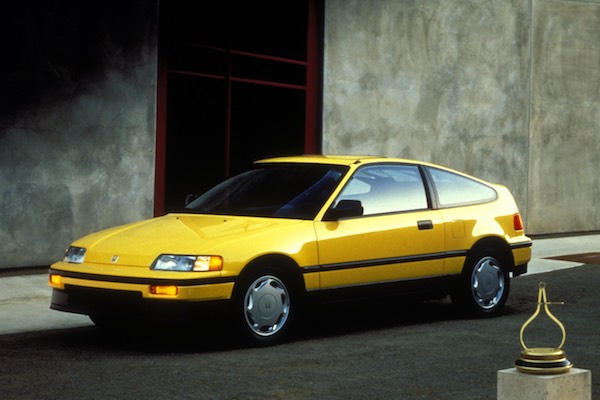 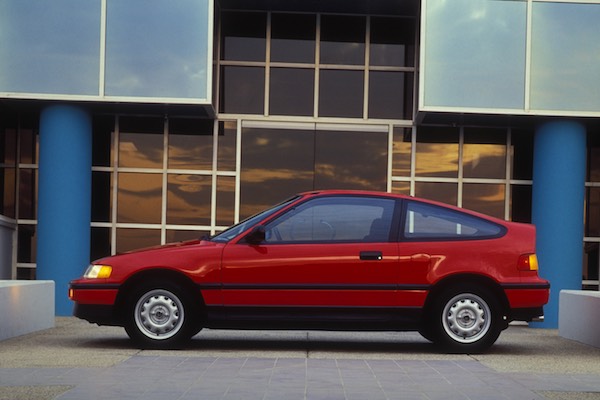 There was also an incredibly rare version of the CR-X – the convertible. Well, not exactly an actual version, but more of a product from a tuning workshop. Cars with removable tops are particularly popular in California, and Honda realized that the CR-X would make a great convertible for residents of the Sunshine State. It was too expensive for them to develop this version on their own, so the company turned to the R. Straman Company for help in the mid '80s. Honda made sure that all of the work that was done to turn the body of the Pocket Rocket into a convertible was carried out in accordance with its production technologies and certifications, and the result was rolled out onto the roads of California in 1987 as the 310 Honda CR-X Spyder – that's what the convertible version was called. If this is the model you have your eyes on, you're going to have to dig deep into your pockets – what is probably the only CR-X convertible in Eastern and Central Europe was recently up for sale. The seller was asking EUR 8,000. 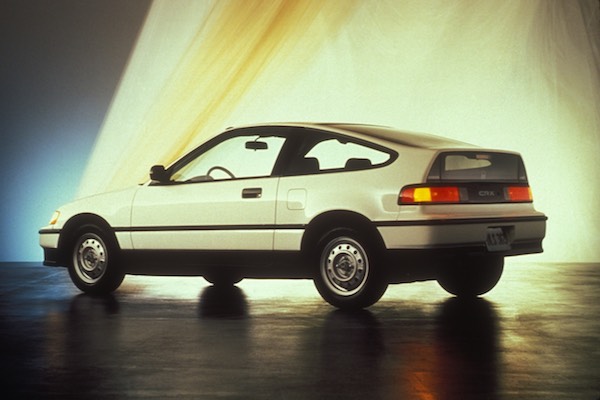 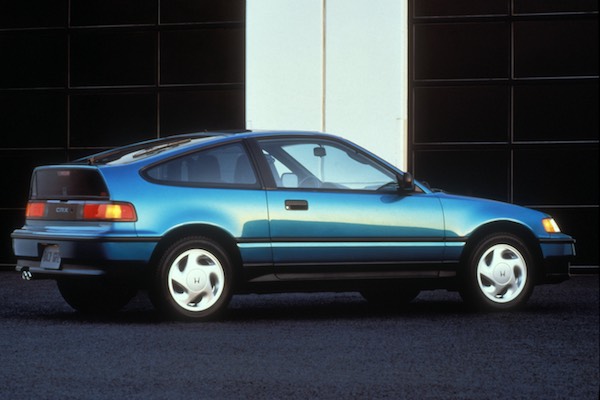 Standard CR-Xs are a bit cheaper. You can find decent models online for 3,000–4,000 dollars or pounds. However, they are fewer and fewer of them available, since the Pocket Rocket had the same problem as most Hondas of that time – catastrophic rusting. A total of 233,171 CR-Xs were produced in all, and it's doubtful that even one-third of them have made it to this day on the roads instead of rusting away in a junkyard. So if you want to purchase this Japanese gem – this is the time to do it, because their prices will only go up in the future.