Honda NSX: How the Japanese Made a Competitor for Ferrari (Part I)

Honda NSX is one of the most famous models that the Japanese engineers created in order to compete with the world's supreme brands of supercars. But, for a company that had been making motorcycles until 1962, it was not a smooth transition. That is why Honda made their first concept models with the help of Pininfarina studio.

In 1984, the HP-X model surfaced called Honda Pininfarina Experimental. When making this concept, Pininfarina had total freedom. As a result, a two-seater had a mid-engine and a see-through convertible roof. You could enter the car only by jumping inside. No doors.

Even though this particular model never came to light, it became the basis for a brand new NS-X (New Sports Experimental) model. Pininfarina, just like the first time, was responsible for creating the design.

In 1989, the first Honda NSX serial model was presented at Chicago and later at Tokyo motor shows. It had an engine in the middle of the body and a rear-wheel-drive. Masahito Nakano, the lead designer, was responsible for finalizing the design concept. He admitted that the F-16 Fighting Falcon inspired the dashboard layout. In order to increase visibility, the dashboard was pushed forth, whereas the car's long body had to maintain stability while driving at high speed. 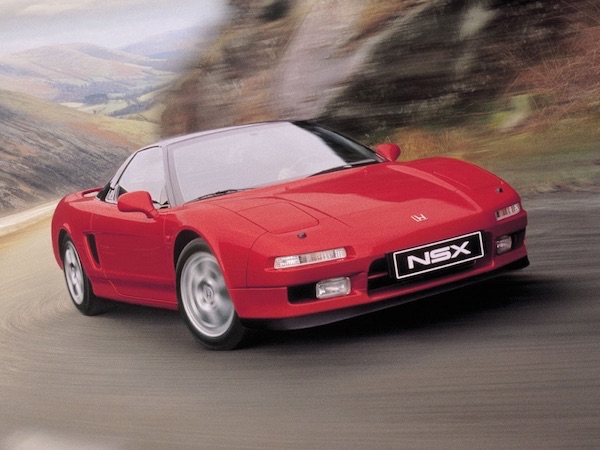 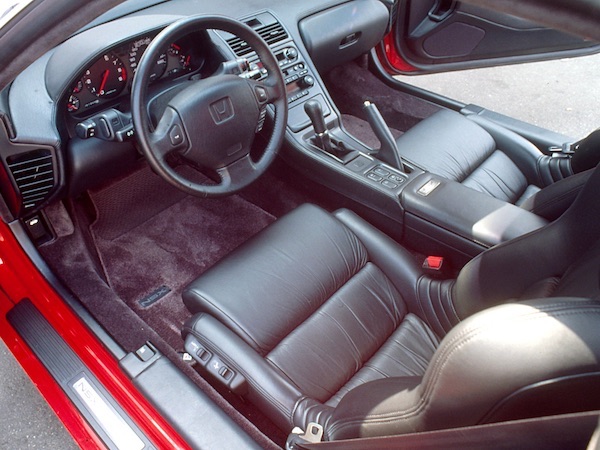 The project's lead engineer Shigeru Uehara made sure that the technology used in a car would lighten the body, and the model itself would be easy-to-handle, submissive and overall better than Ferrari 328. The latter was the most important goal. Because of this reason, the initial 2-liter engine that has been installed in a concept model was replaced in the serial model with a 3-liter engine. The car has been tested by sportsmen such as Ayrton Senna. His insights helped to solidify the bodywork, improve chassis, and handling properties. 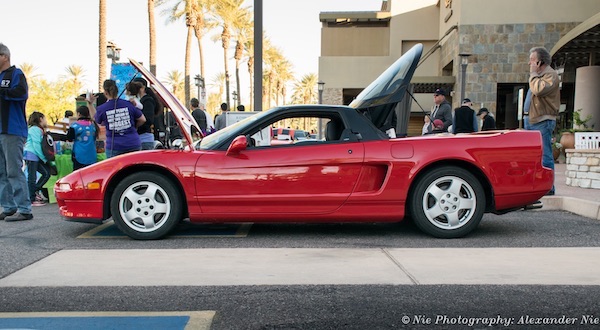 Honda NSX was made to compete with supercars
© Alexander Nie, Flickr 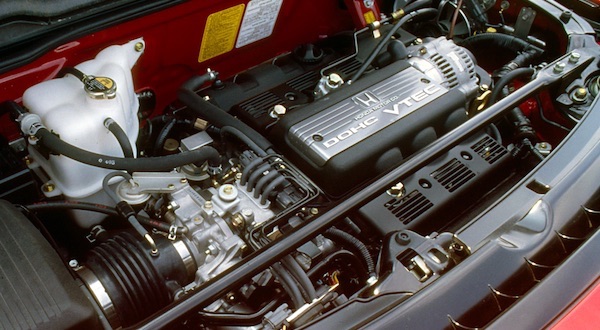 The 1st gen of NSX

Honda NSX model was presented in 1989 Chicago Motor Show - as you can see, the dash next to its name is gone. After a couple of weeks, the company also showcased the model in Tokyo. If in the east the car was sold under the name of Honda, in the west it was introduced as Acura.

NSX had a semi-monocoque bodywork made from aluminum. This decision allowed to reduce the car's weight by 200 kg. Moreover, the vehicle had a power steering wheel, titanium connecting rods, and engine of 8300 revs/min. 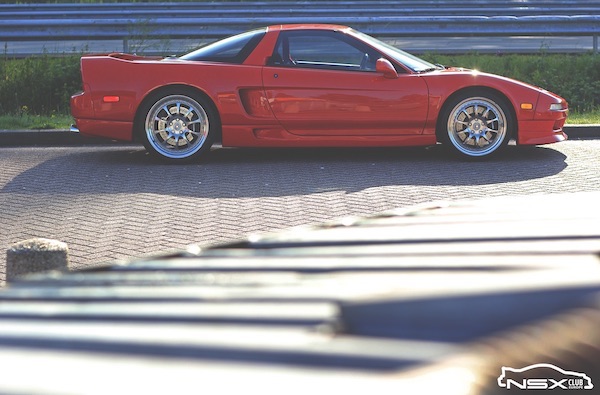 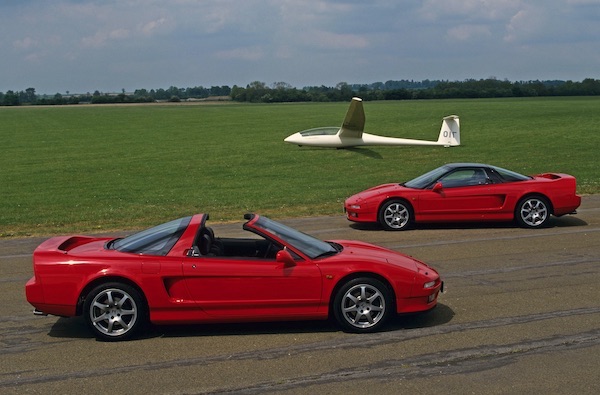 Big investments were also dedicated to the vehicle's handling. For example, you could adjust the options of car's chassis anywhere, whether you are in Togichi test polygon, Japan's Suzuka racing track, Germany's Nürburgring track, or Honda's new racing track in Japan, Hokkaido named Takasu.

The very first models were coupé type with 3-liter V6 engine generating 270 HP. Moreover, it had a legendary Honda VTEC (Variable Valve Timing and Lift Electronic Control) system. The car came with either a 5-speed or 4-speed mechanical gearbox, known as F-Matic. It allowed to switch gears individually, automatically, or by pushing a button on the steering wheel. 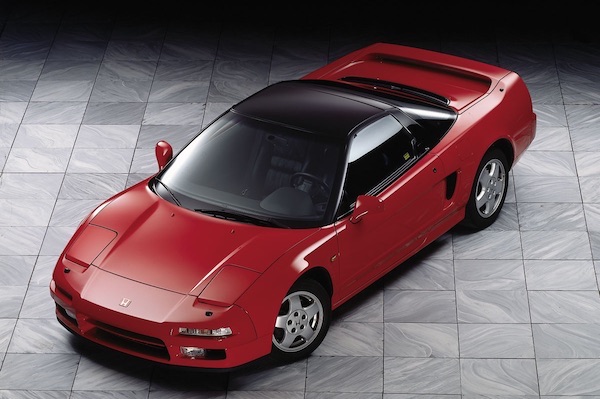 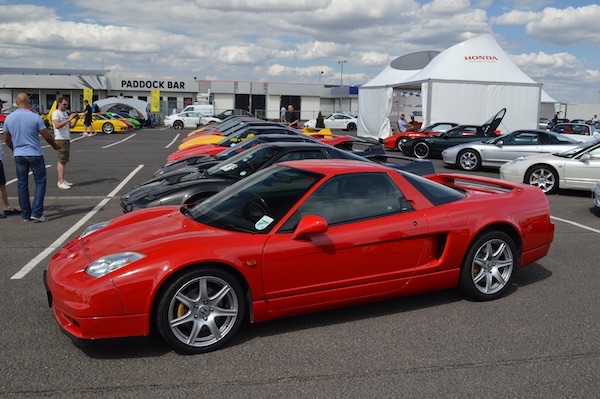 The main Honda's task was to create a vehicle that could compete with supercars and, at the same time, would be affordable and reliable for everyday use. That is how in 1992, a new NSX-R version for the racing came to be. Sound insulation, sound system, spare wheel, air conditioner, and some electronics were removed to reduce its weight. Also, leather seats were replaced by kevlar, and Enkei forged lightweight wheels. Honda reduced the total car weight by 120 kg - NSX weighted 1230 kilograms.

Honda had to work very hard to improve the car's chassis, as well as the handling in turns and when accelerating. As a result, in 1997 Car and Driver magazine acknowledged NSX as the best car over 30,000$ in terms of handling capabilities.

At the end of 1992, Honda made a limited series of NSX-R. That is 483 vehicles exclusively for Japan's market. NSX-R models had an air conditioner, Bose sound system, interior details made from carbon fiber, and bigger rims (R16 in the front and R17 in the back) painted with Championship White color. Honda canceled the NSX-R production in 1995. 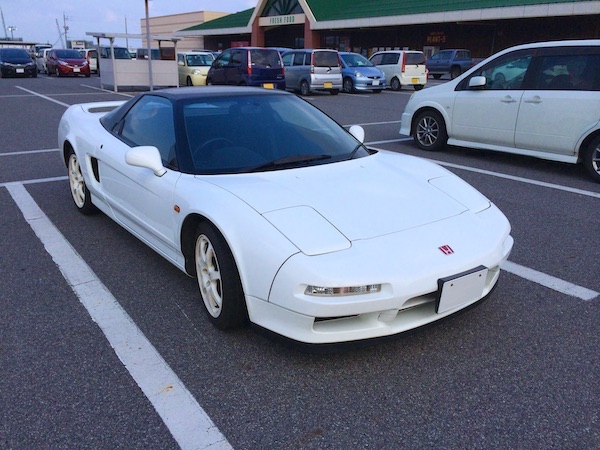 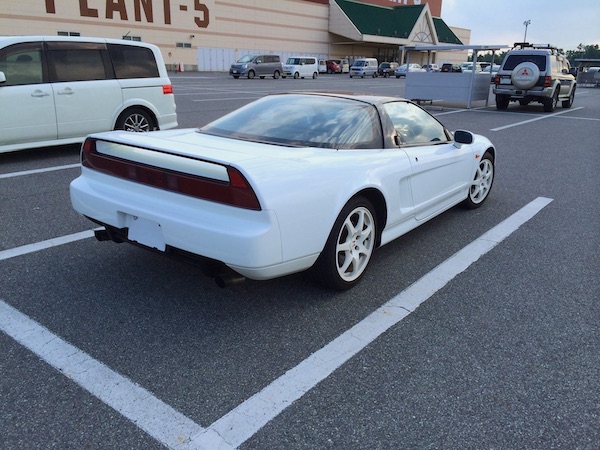 In 1995 Honda began building NSX-T version. T means Targa roof that you could take off anytime. The first black-colored models were presented in Japan and later reached the US. In most parts of it, Targa models replaced coupé as after 1994 only such models were sold.

Still, a detachable roof hurt the stability of the car's body. So, Honda had to add 45 kg to it to compensate. By the way, since 1995 the black-colored roofs started to disappear - Honda began painting their roofs with the same color as the body was. Only in Japan, you had an option to order a model with a black roof. 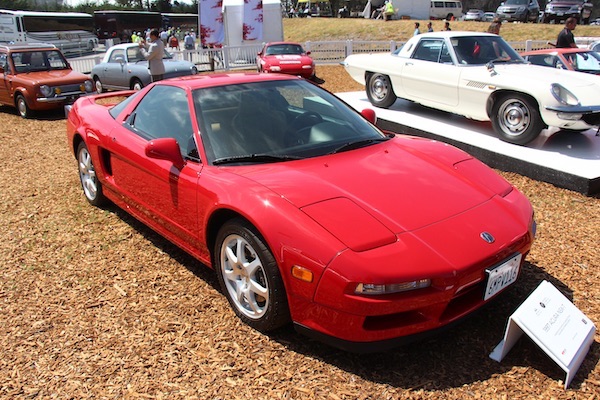 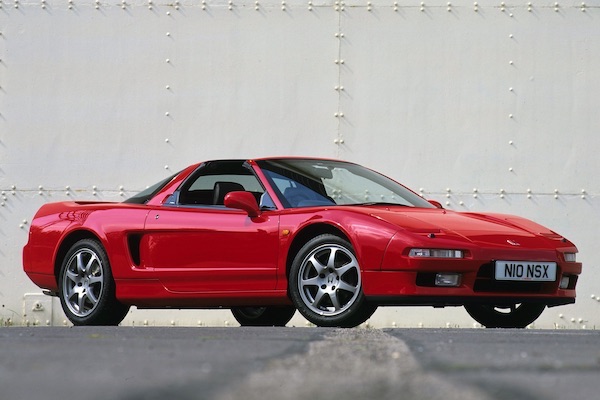