There is a little bit of petrol in the blood of everyone reading this article – otherwise you wouldn't have even clicked on the link. And a lot of people contributed to this penchant you have for cars, but there was one in particular who started it all. Let there be light (lit by a spark plug in an engine's cylinder)! This time Dyler is writing about the most important person in automotive history. The man who brought us the car – Karl Friedrich Benz.

The person who changed the world no less than Gutenberg was born in 1844, in a Germany that had not yet been unified into a single state. Karl's attraction to mechanics was probably passed down through genes, seeing that his father was a locomotive driver. Given, Karl probably didn't even remember his dad, because he died when Karl was just two years old. Left to raise her child on her own in poverty, his mother realised the importance of education early on and pushed young Karl to pursue his studies. He did very well in school, especially in math-related disciplines and science and engineering. And although young Karl's main goal was to become a blacksmith, he decided to study locomotive engineering, probably out of respect for his father.

As a student, Karl liked to spend time on a vehicle that had become popular at the time – the bicycle. Apparently this is when he first envisioned the concept of an internal combustion engine horseless carriage. In 1864, Benz completed his studies and began looking for a job. The search was not very successful – Karl worked here and there (at a scales factory, a bridge building company and other engineering ventures) for about a year at a time. The young man probably didn't like being a subordinate and eventually decided to go independent.

In 1871, he and his old friend August Ritter established the Mannheim Iron Foundry and Mechanical Workshop, later renamed the Factory for Machines for Sheet-Metal Working. The workshop's success was twofold. The business fared badly and would have gone under if it wasn't for the financial assistance it received from Karl's future wife, Bertha. However, the creatively inspirational environment allowed Karl to come up with myriads of new ideas that were patented for parts that are in many cars even today. The spark plug, the carburettor, the water radiator, the clutch, the gear shift, and finally the most important one of all that determined the evolution not only of the car but of aviation as well – the patent for the internal combustion engine that he received right before Christmas of 1879, when the world not only heard the singing of choirs celebrating Christ's birth, but also the rattle of Benz's two-stroke engine. 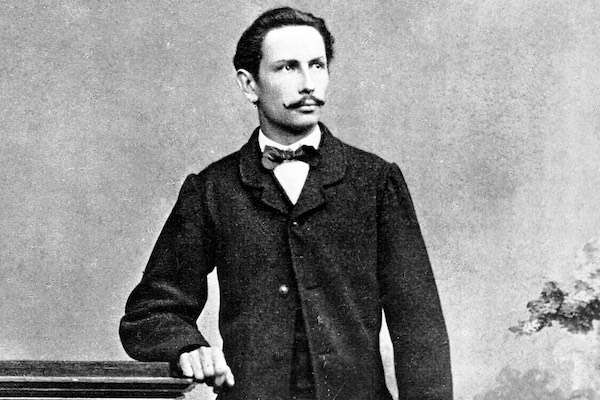 Carl Benz as a student, around 1860
©Daimler AG 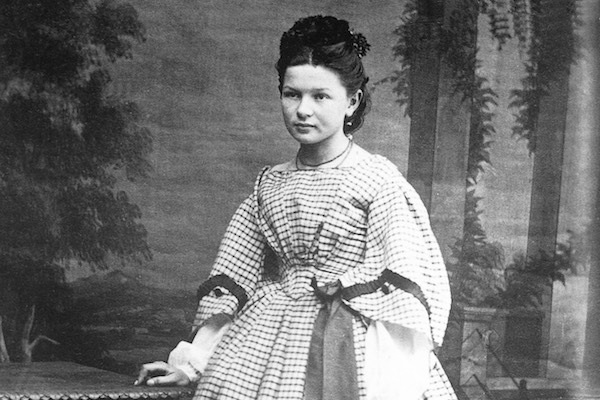 Bertha Benz at the age of 18
©Daimler AG

The profit from the internal combustion engine patent allowed Karl to devote himself to his old dream of designing a horseless carriage. Six more years passed from the invention of the engine and the automobile era dawned on Earth when Karl Benz rolled the first car in the world out of his workshop – the Benz Patent-Motorwagen. Given, it was his first pancake: the car was extremely hard to control even for the inventor himself, who drove it into a wall during the first showing; fortunately, no one was hurt. You could say that the first car in the world was also the first Mercedes Benz – in 1883, Karl founded Benz & Cie., which produced internal combustion engines and later evolved into the company with the three-pointed star on the bonnet. Karl showed an improved version of his car – already the Model 3 – at the 1888 Paris world's fair, where the prophet of the new age received quite a bit of attention from the public. 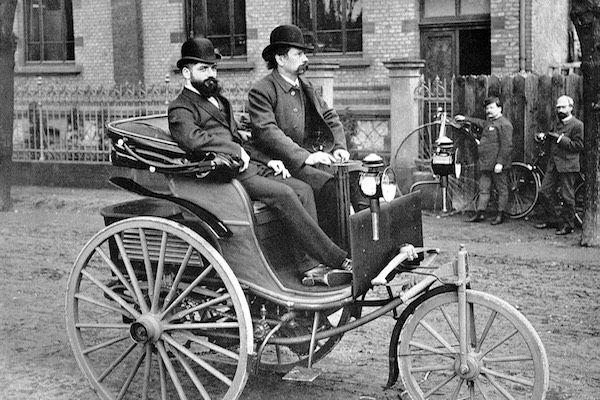 The Patent Motor Car of 1887, an advanced version of the first motor car of 1886. At the wheel Carl Benz, with his commercial clerk Josef Brecht beside him.
©Daimler AG 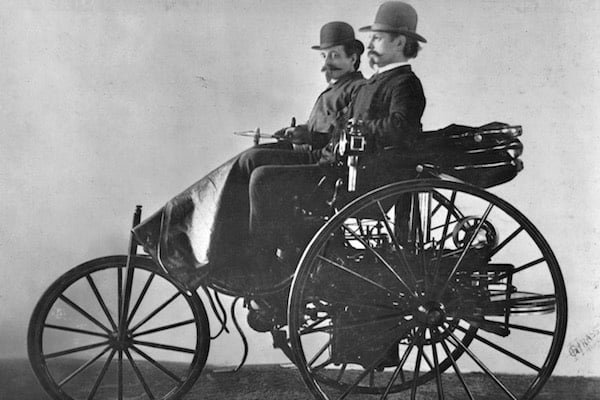 Carl Benz (in front) at the wheel of his patent motor car model III, together with Friedrich von Fischer.
©Daimler AG

Seeing the public interest, Karl resolved to start selling it. And that is how the Benz Motorwagen – the first commercially sold automobile – made it out onto the world's roads. Yet just like with any other product, you can't sell a car without good advertising. And this car definitely needed it, since it still didn't have any gears, and the pitiful brakes and weak engine meant that when it faced a steep hill, it stopped driving forward and gave in to gravity... Fortunately, his beloved wife Bertha stepped in – the person most petrolheads should thank no more than Karl himself for making the car popular.

Imagine a completely simple trip, when you want to take the kids to see your mom, who lives 100 km away. But it's 1888 outside, and gasoline is only sold at the pharmacy, and the car standing in your yard is one of the few in the world. It would seem crazy to take on that 100 km when you couldn't even count on roadside assistance helping you out, but Bertha Benz thought differently. Without asking her husband, Bertha pulled his three-wheeler out of the workshop on the morning of August 5, 1888 and set out with her sons to visit their grandmother. The travel distance was 105 km, and the travel time was until the evening of the same day. 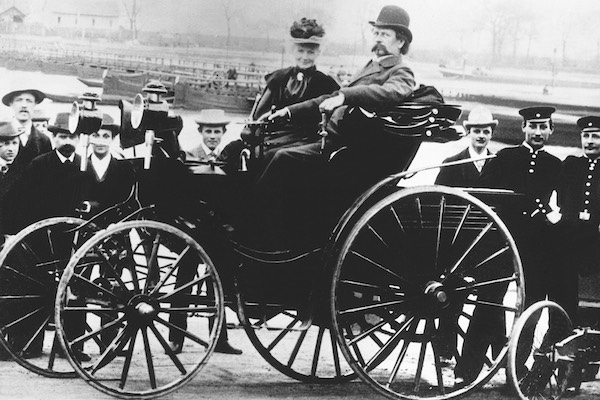 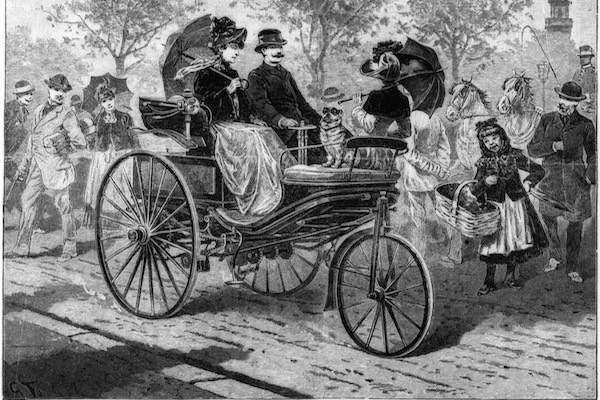 You have to wonder what Karl felt when he received a telegram in the evening informing him that his wife had taken his car and is now at her mother's. And the trip itself was not the easiest. No one even dreamed of service stations with hot dogs back then, and Bertha apparently prayed that she would reach the nearest pharmacy as soon as possible so that she could fuel up. Of course, she got there the fastest by riding down hills, since Benz's carriage practically didn't know how to brake.

And this led to Bertha inventing something else that is still used today – she stopped in one town and asked a local shoemaker to attach pieces of leather to the brake blocks so that they would grip the wheel surface better. That's how the world found out about brake pads, and also learned that cars are good for more than circling around the yard and scaring your neighbours. Meanwhile, Bertha's publicity stunt is remembered to this day. In 2008, the Bertha Benz Memorial Route was officially recognised as a part of the industrial heritage of mankind. And you can try it too – there is a GPS download available online that will guide you through the first long distance trip taken by the first long distance driver in the world. 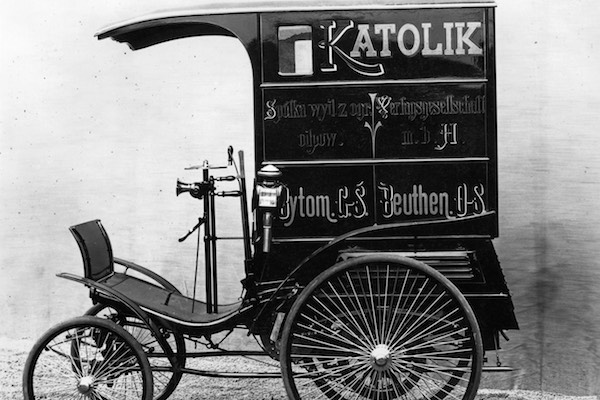 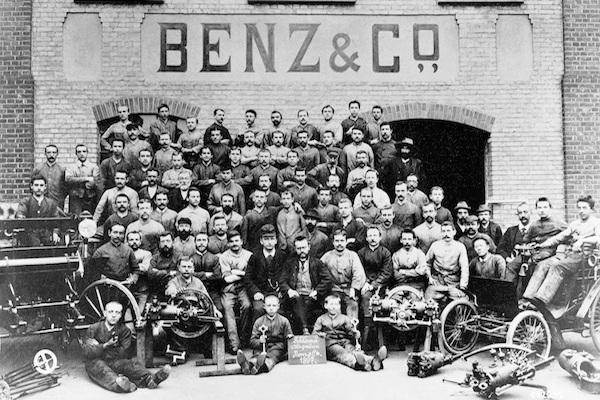 Employees from the metalworking and vehicle assembly shops at the old plant in Mannheim’s Waldhofstraße, 1897
©Daimler AG

As the 19th century came to a close, Karl's invention gained popularity, slowly but surely. The first Benz & Cie. models – the Velo and the Victoria – became the first production cars in the world. The Victoria was the first automobile with a four-stroke engine and pivotal axles, which were also patented by Benz and solved one of the biggest problems with handling that the first cars had. In 1899, when Henry Ford was still just working on his ideas, Benz was the largest automaker in the world, producing 572 cars that year. In 1895, Karl Benz designed the world's first truck, which Netphener modified a bit and turned into the world's first motor bus. 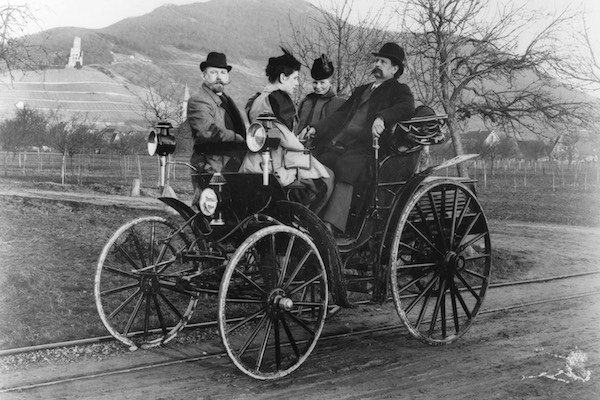 Carl and Bertha Benz, their daughter Klara and Fritz Held on a Benz Victoria during a trip near Schriesheim in 1894
©Daimler AG 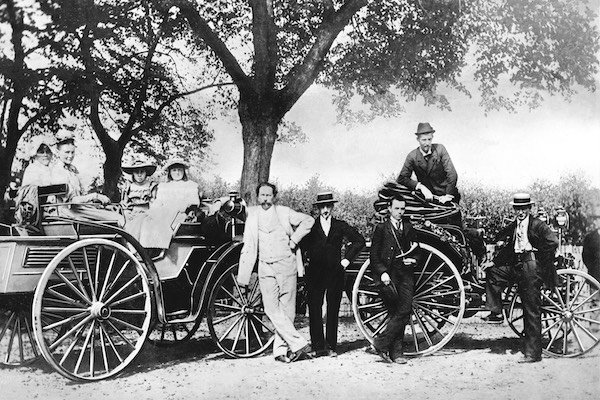 Carl Benz, his family and Theodor Baron von Liebieg in 1894, on a trip from Mannheim to Gernsheim, driving a Benz Victoria and a Vis-à-Vis Benz Patent Motor Car
©Daimler AG

And a question for Subaru and Porsche fans – have you ever given any thought to who invented the horizontally opposed engine that is used for the Boxster and the rally monsters from Japan? That was also the merit of Karl Benz. This happened in 1895, when Karl patented the 'contra engine' in order to save space in his future creations.

During World War I, vehicles with internal combustion engines were used like never before. The automobile began to rule the world as fast as Homo sapiens once did. You would think that Karl and his family would have been happy to see the success of their work, but Benz & Cie. was doing worse and worse. The rapid inflation in Germany meant that no one was buying cars any longer, and the company was on the verge of bankruptcy. In 1926, Benz & Cie. merged with Daimler Motoren Gesellschaft – a company that had been using Karl's engines in their cars since the beginning of the 20th century. 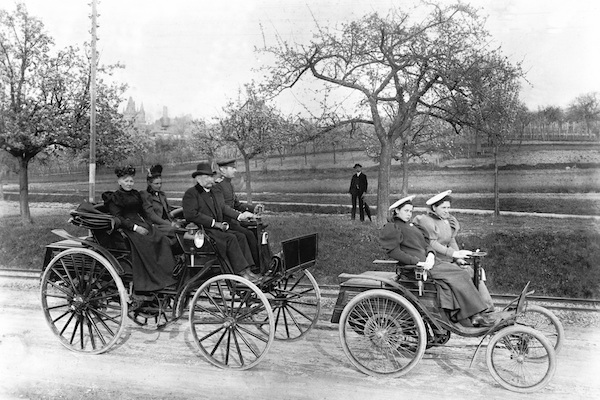 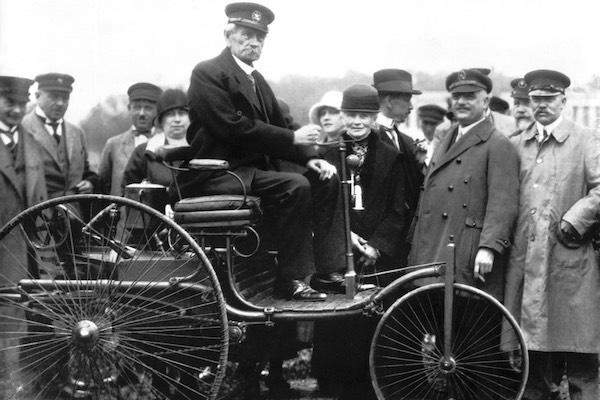 Carl Benz in his first Model I patent motor car from 1886, taken in Munich in 1925
©Daimler AG

Thus was the birth of Daimler-Benz, whose Mercedes-Benz brand has been perhaps the most well-known producer of automobiles in the world for almost 100 years. Karl himself managed to see the company's rebirth before he died in 1929 at the age of 84. His traveller of a wife Bertha died in 1944. The house where they once lived is now home to a memorial museum to honour the person whose work changed the world and who was inducted into the Detroit Automotive Hall of Fame in 1984!