Mercedes Benz S123 E – One of the First Plug-In Hybrids

Recently, many car manufacturers began using hybrid power systems. Even though most car builders present it as a new and innovative technology, that is not true.

These days, cars are made from one of two types of hybrid power plants. The first type is a tandem of a benzine-based engine and an electric motor. And they both work together hand in hand - when needed, your car can switch from benzine to electricity, or even use both at the same time.

A second hybrid power plant type is very similar to the latter. The only difference is, you can charge the electric battery not only when using benzine engine but also by plugging it into the power grid with an electrical cord. Or by visiting a charging station.

While most manufacturers present plug-in batteries as the most significant innovation of a century, hearing such a statement could make a Germany-based car builder Mercedes-Benz laugh out loud. The engineers of this company created a car equipped with a rechargeable hybrid power plant way back in 1982. It was a laboratory on wheels and also a potential candidate for serial production. 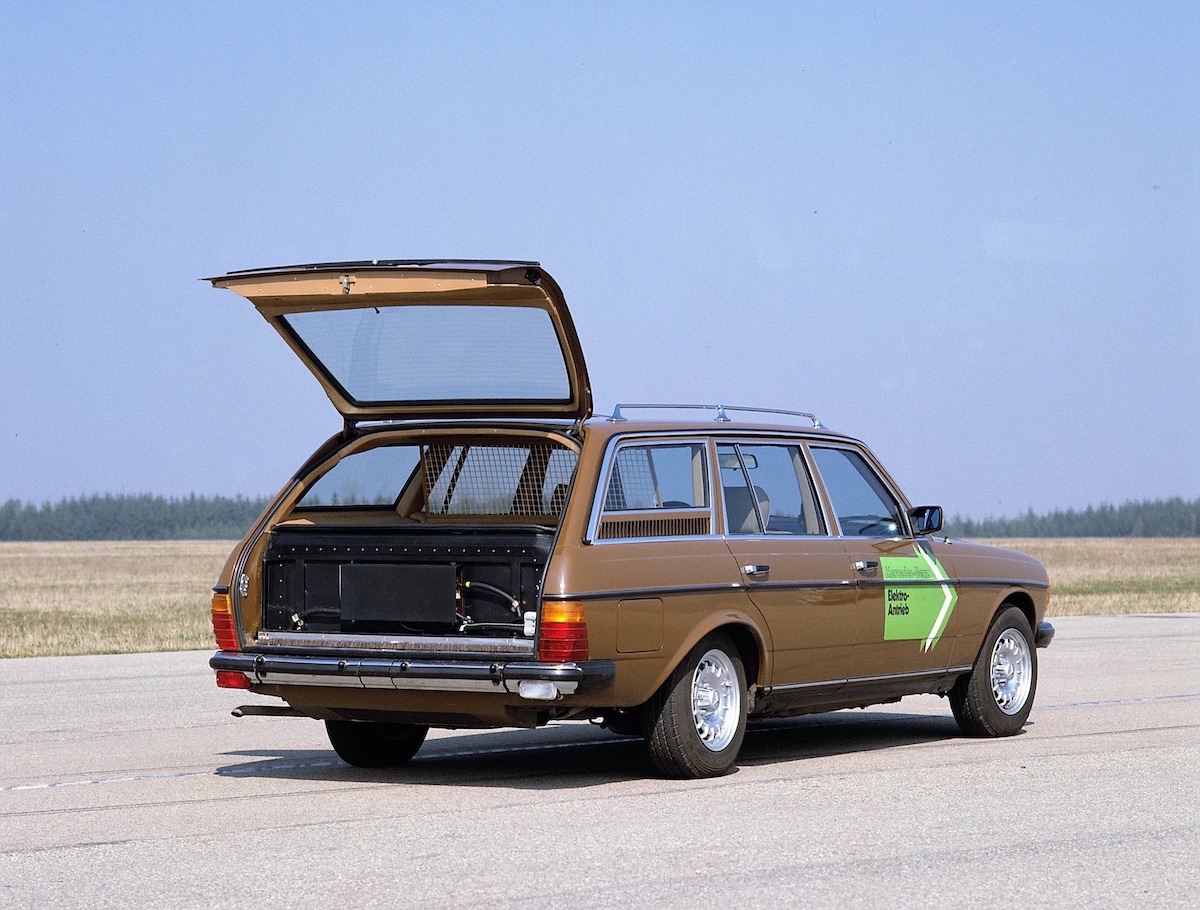 German concern started to perfect the idea of hybrid power systems once the oil crisis began that scared all of the auto industry players. When a crisis passed, auto builders started to look for alternative solutions that would allow creating cars without fuel-absorbing, ineffective internal combustion engines. With that said, In 1982, Mercedes-Benz S123 E enters the scene.

This German wagon did not resemble most modern hybrid cars because its internal combustion engine was used as a generator - a tool that allowed driving way longer distances. In short, Mercedes-Benz used an almost identical system that is currently equipped in BMW i3 which can be combined with a tiny generator. 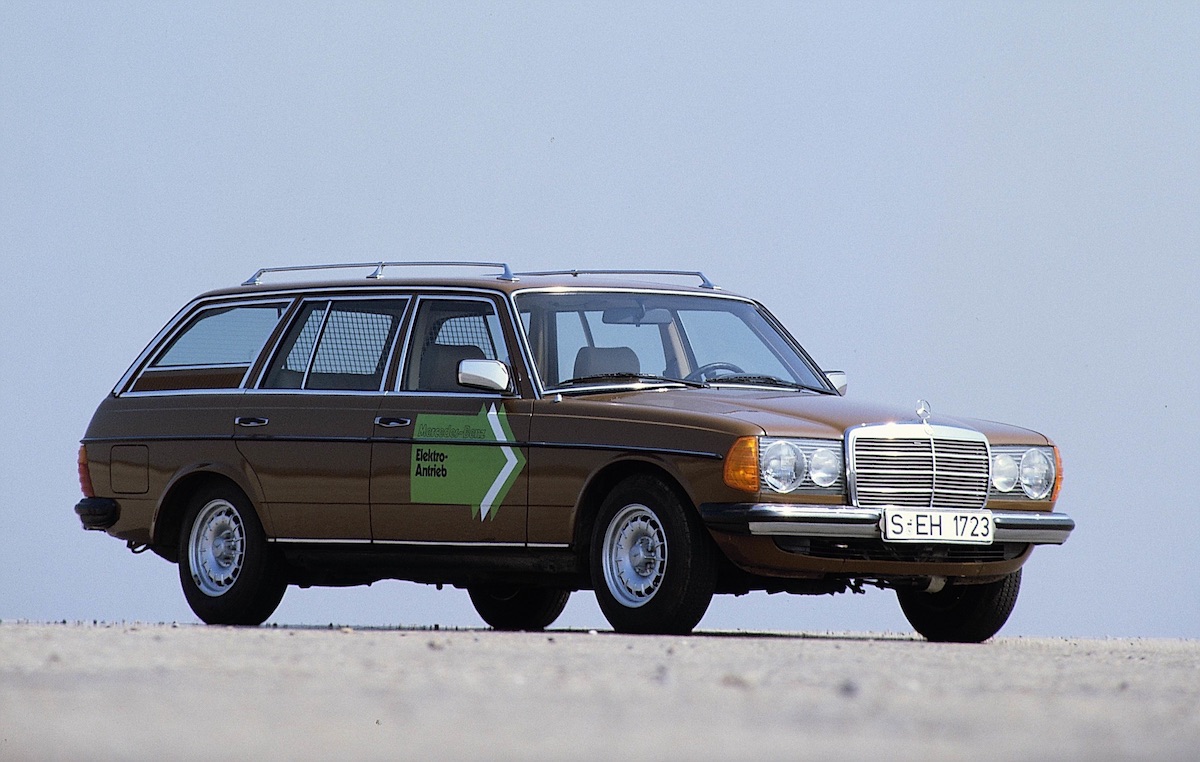 Meanwhile, an electric motor installed on the front axle reached 41 HP and then sent the electricity to the back wheels. Even if there were no heavy batteries in the back of a wagon, 41 HP motor didn’t provide any decent dynamic features. 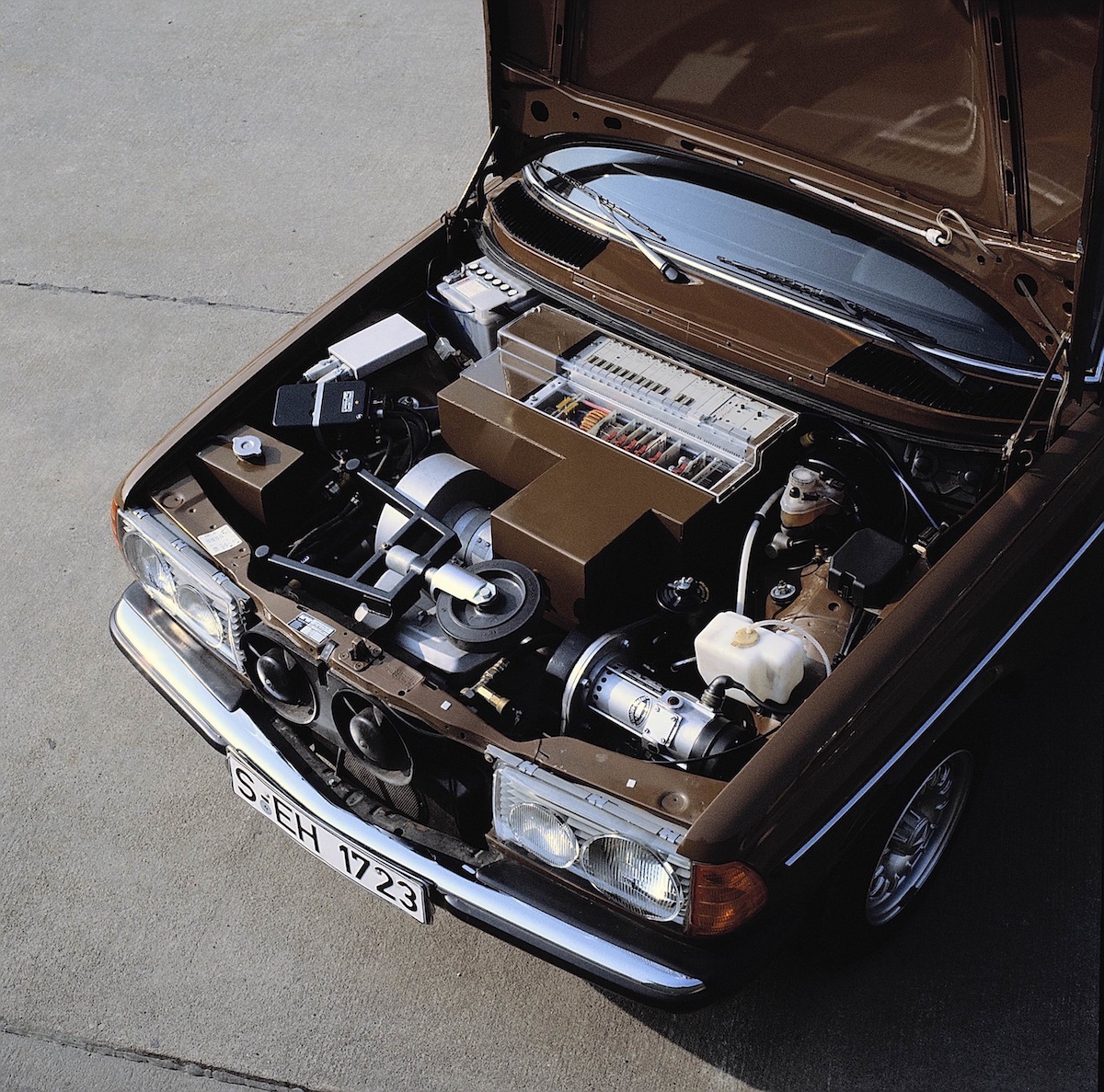 Forget reaching 100 km/h speed because this car could never achieve it. Even if the engineers had enough patience, this creation of German concern would maybe reach 80 km/h speed after much effort and a long, long time. 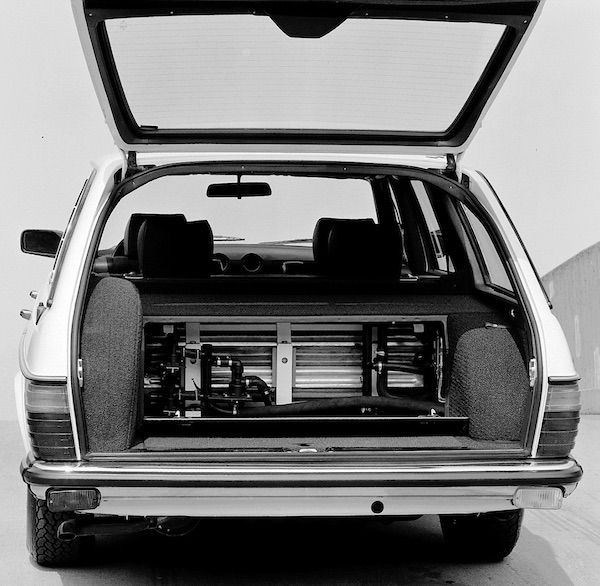 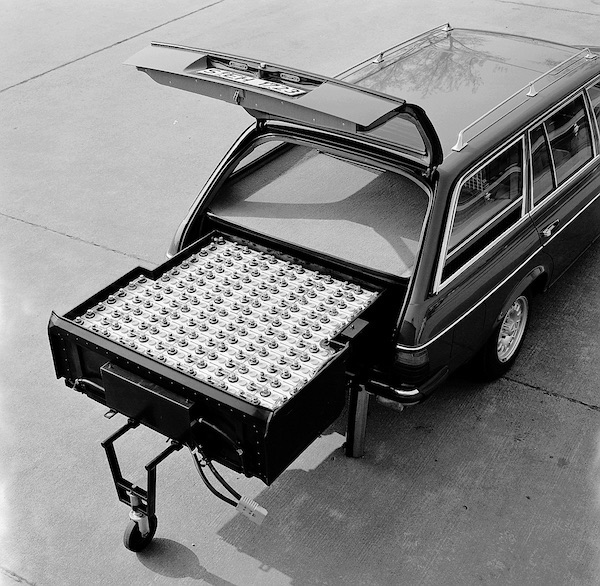 The trunk volume was limited because the battery was housed there, resulting in a reduced payload
© Mercedes-Benz archive

The company’s engineers knew very well that a wagon with the hybrid gearbox is too heavy and too slow that it could drive on public roads. However, it definitely was a massive step towards the new era of vehicles.