Louis Chevrolet – A Man Ahead of His Time

Born in the Swiss Jura mountains, Louis Chevrolet emigrated to America where he became a famous race driver and designer, ultimately co-founding one of the country’s most popular automobile manufacturer.

Louis Joseph Chevrolet was born on Christmas day in 1878, in the Swiss town of La Chaux-de-Fonds. Chevrolet’s father was in fact a watchmaker. He took great pride in repairing every clock and appliance in the house, and his skill may have contributed to his most famous son’s passion for mechanical objects.

Successive economic crisis forced the family with seven children to leave Switzerland in 1887 and move to Beaune, a small town in Burgundy, France. However, times remained difficult and young Louis had no other choice but to leave school at the age of eleven and search for work. Soon he got a job at the local Robin bicycle factory and repairing bicycles sparked another passion for him: speed. In 1895, Louis Chevrolet enrolled in the town’s bicycle racing association and immediately success ensued. For three years he clinched numerous victories and titles, and also brought home some much needed prize money to help with his struggling family’s needs.

One day he was introduced to the managers of the Darracq automobile company and he was offered a job at the Darracq factory near Paris. But that was just a short stop in his life – without much hesitation, Louis Chevrolet decided that he would cast off to live American dream.

Together with his 3 brothers Alfred, Arthur, and Gaston, in 1900 he emigrated to Quebec, French-speaking Canada city, where he worked as an automobile mechanic. One year later he moved to New York and worked for French carmaker the De Dion-Bouton Company. Later he found another job with Fiat. His talent as a driver became so apparent that Fiat entered him in his first major automobile event (with Fiat 90). The race took place on May 20th 1905, at the old hippodrome at Morris Park in New York. First race, first victory! By the way, in his first motorized race he set a new record – the one-mile lap in 52.4 seconds. Next year, Louis Chevrolet was clocked at 119 mph – yet another a short-lived world record on the beach at Daytona, Florida. 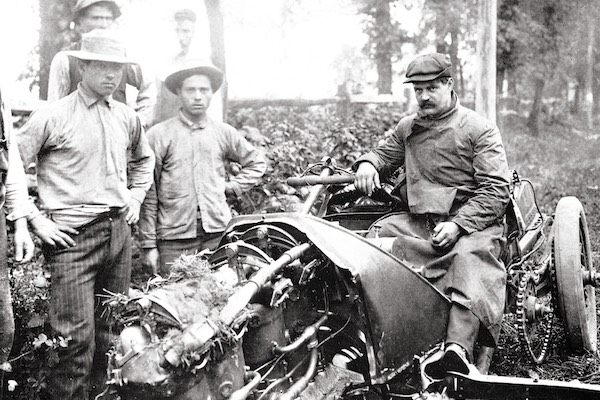 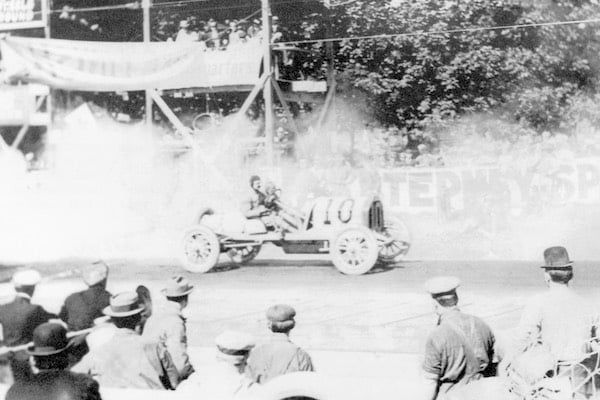 Between 1905 and 1910, Louis Chevrolet amassed a string of triumphs and records. He raced all other the country, from Canada to California, his exploits forging a legend along the way. Behind the wheel, sheer boldness defied the ever-present dangers of racing. Several times Louis almost met his fate, miraculously escaping disasters in which four of his riding mechanics were killed. His distinguished sporting career brought him national hero status. 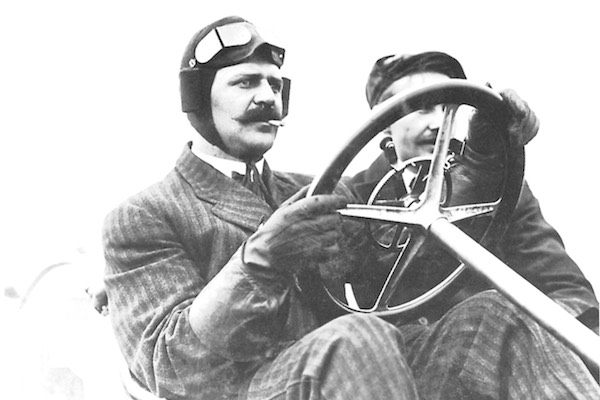 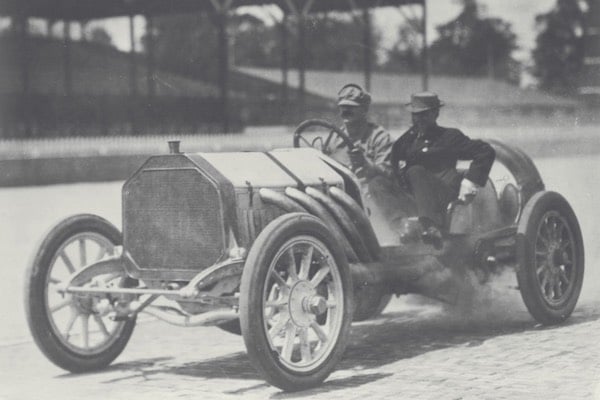 American businessman William C. Durant, owner of the Buick company and founder in 1908 of the General Motors Corporation, became friendly with renowned Swiss-born racing driver and talented engineer Louis Chevrolet and teamed up with him in 1911 to design a luxury six-cylinder car, in collaboration with Louis’ friend Etienne Planche. 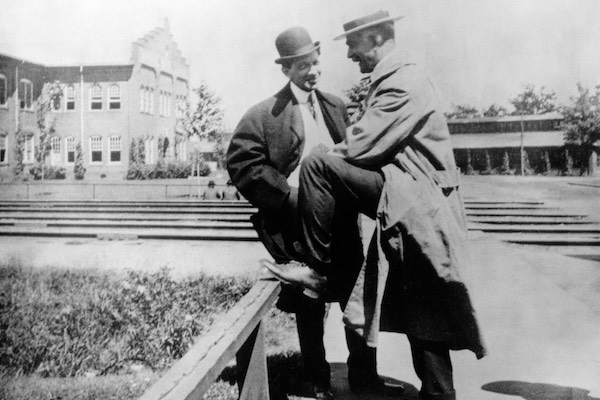 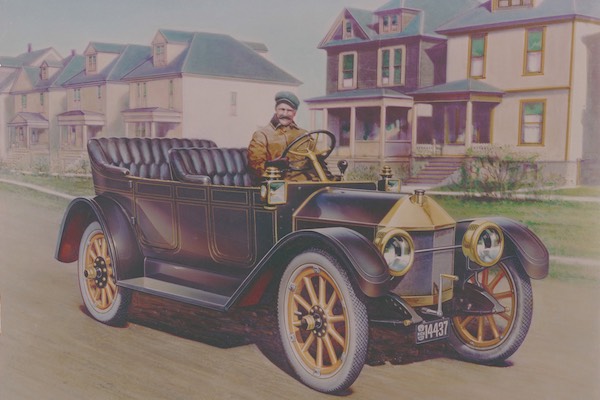 The result was the prestigious and advanced “Classic Six”, on which the Chevrolet name was bestowed to capitalize on Louis’ considerable sporting fame. On November 3, 1911, the Chevrolet Motor Company was incorporated in Flint, Michigan, USA, and production of the “Classic Six” began the following year.

Chevrolet developed cars that quickly earned reputations for performance, durability and value. Louis wanted to produce quality machines destined to wealthy clients but Durant, however, realized the best way to expand was to focus on high volume, low-priced cars, as Henry Ford was proving with his Model T. Louis disagreed and departed the company in October 1913 after several arguments with his partner Durant. This left Durant free to push ahead with the more down-to-earth four-cylinder H-series of cars, the first to wear the Chevrolet bowtie emblem. 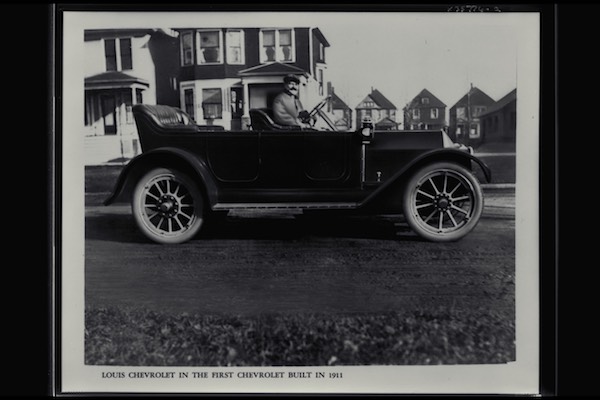 Louis Chevrolet in the first Chevrolet built in 1911
©Chevrolet archive 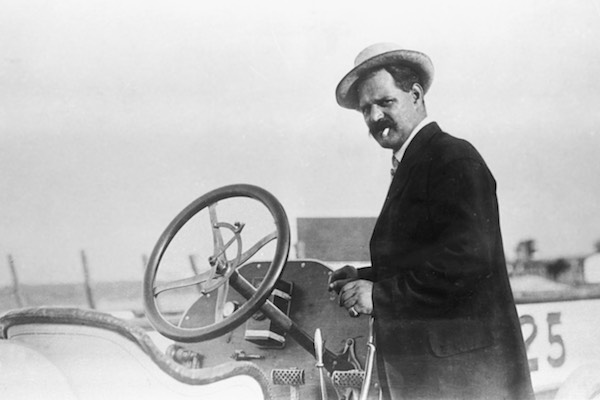 So, “Classic Six” was the only car ever produced when Louis Chevrolet was involved with the company. He never imagined that the company he helped found would quickly become the number one American automobile manufacturer and he never got the opportunity to admire the greatest cars bearing his name.

Frustrated and disappointed, Louis pondered his future. His real ambition had always been to build his own racing cars and in 1914 he founded the Frontenac Motor Company. Much of Louis’ engineering input was all about innovation and thinking out of the box, and the results proved tremendously successful. Meanwhile, Louis and his brother Gaston reigned on the national racing scene for several seasons, blitzing the mainly European-machined opposition. In 1920, the family fame reached its peak when Gaston won the most prestigious of all trophies: the 500 Miles of Indianapolis. 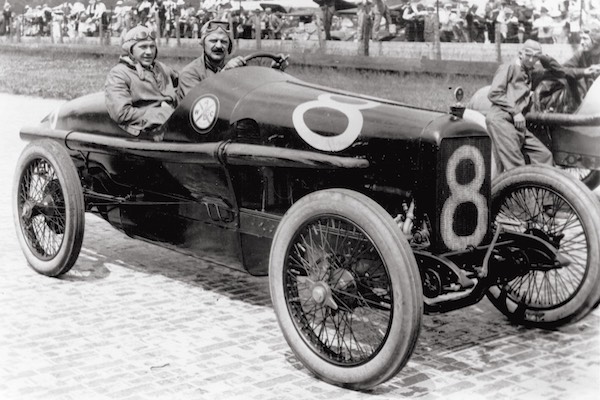 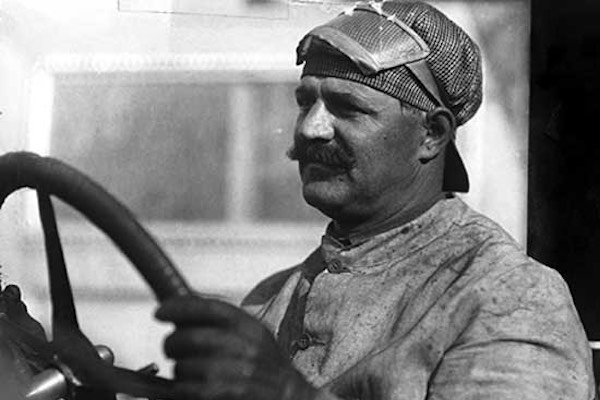 Louis Chevrolet, “the Frenchman with the Gallic mustache” as Americans called him
©Chevrolet archive

Tragically, the youngest Chevrolet brother’s time in the limelight was short. Six months later, as he was racing in Beverly Hills, Gaston was killed in an accident. The disaster dealt a crucial blow to Louis, who retired immediately from racing. Later various designs and projects revived his manufacturing aspirations, but the economic depression of 1929 engulfed the country in a deep recession, ruining the man and destroying his enterprises. Legend has it that in 1933, Louis accepted a job as a simple mechanic in a Chevrolet factory in Detroit. 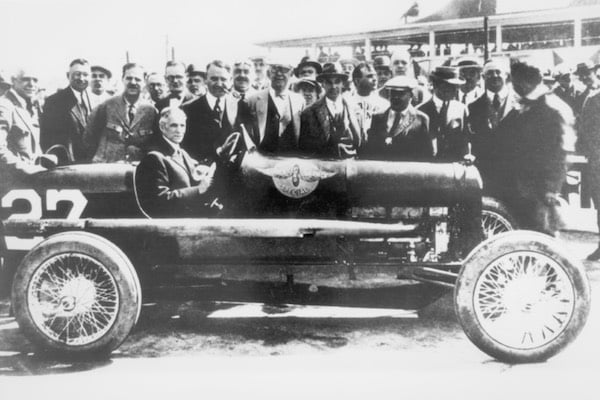 Henry Ford in the Fronty-Ford in 1924. Louis Chevrolet on the left of Henry Ford
©Chevrolet archive 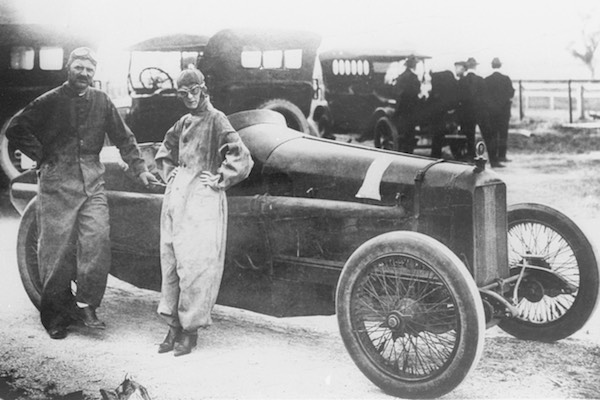 On June 6, 1941, Louis Chevrolet passed away. Following his wish, he was buried beside his brother Gaston at the Holy Cross Cemetery, right near the famous Indianapolis Speedway, where so many grand moments of his life had taken place.

Louis Chevrolet never reaped the wealthy benefits collected by other legendary automobile dynasties, like Ford, Renault or Citroen families. His life brought him no fortune, but enriched by adventure and so many epic moments it was filled with passion and glory. To this day, his mark on the history of the automobile remains indelible and his legacy could well be summed up by the very motto he lived by: “Never give up”.