Jo Siffert: The Motor Sport Star From Switzerland Who Went Out Too Soon

If you think that Switzerland is only famous for its mountains, banks and watches, and that it doesn’t mean anything in the world of cars and racing, that means that you’ve never hear the name of Jo Siffert – one of the most famous Swiss racing drivers of all time.

He was born in 1936 into a very Swiss family – his father was a dairy owner who taught him his first trade skills. As TAG Heuer president Jack Heuer recalls, “Siffert wouldn’t let me go home until he sold me a Porsche 911.” But Siffert nevertheless chose the racing path. His début was in the mid-1950s, racing motorcycles. But as a star, Jo (who, by the way, was also known by his nickname “Seppi”) began to shine in 1959 when he won the Swiss 350 cc motorcycle championship. Albeit, his parents weren’t rich, so Jo had to make money in a not-so-Swiss way, selling scrap metal, and later – second-hand cars.

However, motor sport fame and the money he pulled in on the side bore fruit and eventually allowed Seppi to fulfil his old dream of racing cars. He began with Formula Junior (small race cars around 400 kg with one-litre engines or less), where he even became the European champion. Back in the early 1960s, getting into Formula One was a lot easier than it is today, and his Formula Junior victory opened the way for Siffert to the queen of motor sport. 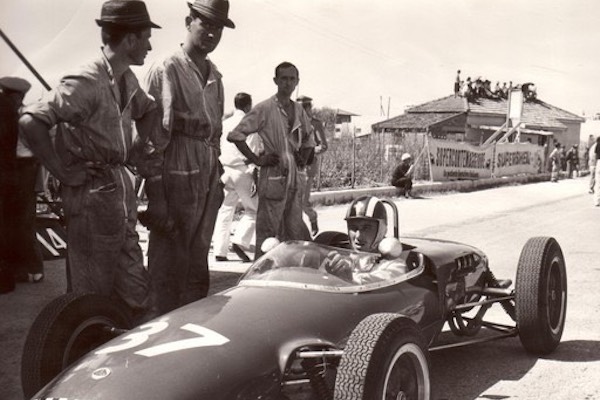 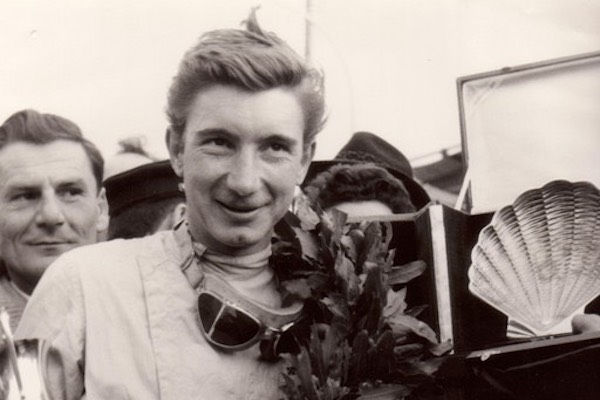 Siffert made his first F1 start in 1962, navigating the turns of Belgium’s Circuit de Spa in a Lotus 24. He did fairly well on the track, but had less success in getting along with the team managers. In 1964, after falling out with management, he left the Swiss Ecurie Filipinetti and, as if he were Ferrucio Lamborghini after a dispute with Enzo Ferrari, bought his own team – Brabham-BRM, where he was both the manager and the only driver. His ambitions cost Jo dearly. It turned out that keeping a team wasn’t as easy as racking up victories on the track – on the road, he usually had to stay at cheap motels, or sometimes even in barns or under the starry sky next to the track. Even having a meal was often a great luxury, and Siffert suppressed his hunger with cheap but strong cigarettes.

However, even this didn’t discourage Siffert, and he began doing better and better on the track. In 1964, he finished fourth at “The Green Hell” – Nürburgring, and won a non-championship race at Enna-Pergusa in Sicily. That was a race that changed Jo’s career. Siffert was neck to neck with then World Champion Jim Clark, beating him by just one-tenth of a second in a nail-biting scenario. And that’s how Siffert was discovered by Rob Walker, who managed the most successful private team in Formula One history. He took Seppi under his wing and success on F1 circuits followed for a few seasons. Siffert was regularly in the top 10, and won at Enna-Pergusa again in 1965. However, a new engine meant that the 1966 season was not particularly successful for Rob Walker’s team, and apparently Siffert began to explore new spaces for self-realisation as a result. 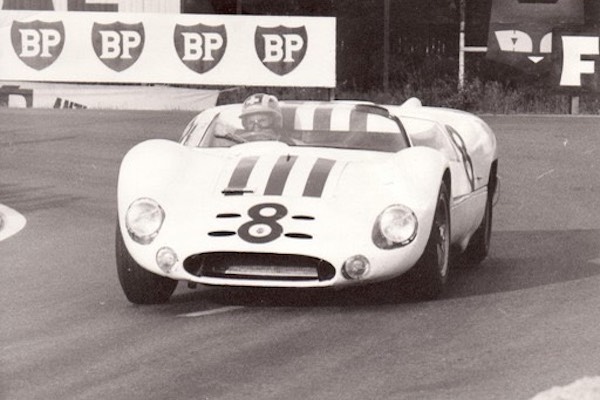 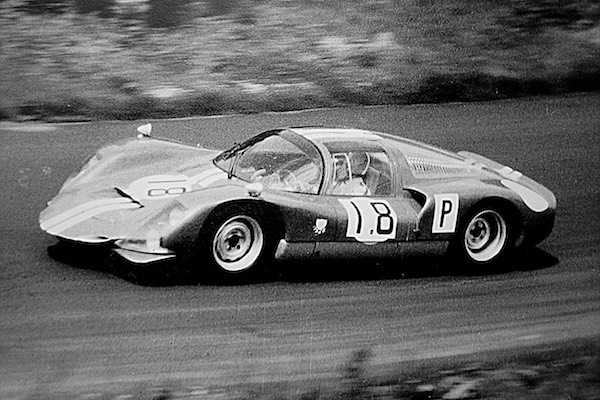 In 1967, Siffert tried his hand at sports car racing. Driving Porsches and Ferraris modified for racing, Siffert took some respectable places (for example, fifth at the 24 Hours of Le Mans), but he didn’t give up Formula One. The next season, 1968, was wildly successful for Jo and brought him the title of the best driver in the world. It was Siffert who clinched the last Formula One victory for a private team, winning the 1968 British Grand Prix in a Lotus after beating Chris Amon’s Ferrari in a tense battle. That same F1 season, he managed to grab a few more top places (for example, fifth at the United States Grand Prix) and pull in one victory after another in sports car racing. 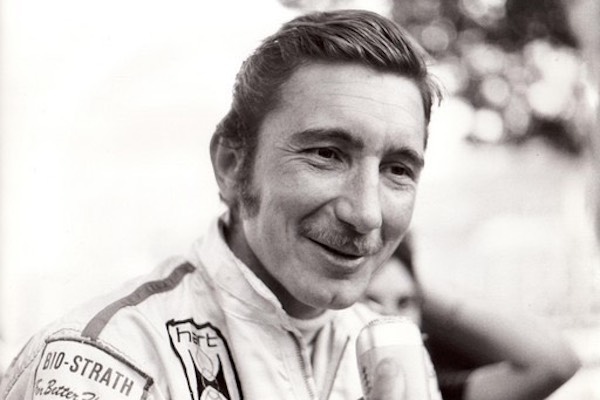 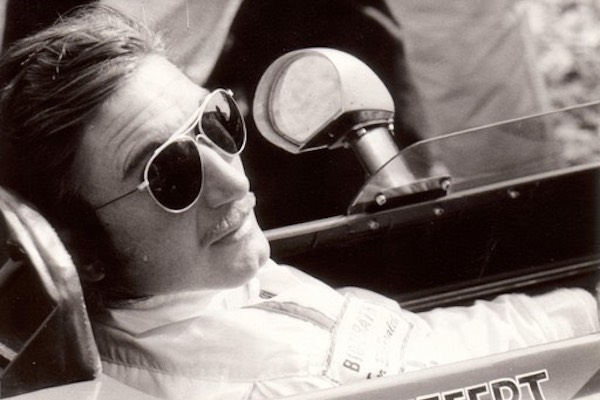 Siffert ascended to stardom and became a member of the Porsche factory team itself. During the 1968 season, he won the 24 Hours of Daytona and the 12 Hours of Sebring in a Porsche 917, as well as two 1,000-km nightmares at Nürburgring and in Australia. He won the latter without ever changing places with the team’s other driver. Incidentally, it was that year that he finally notched his first F1 victory, at the British Grand Prix. 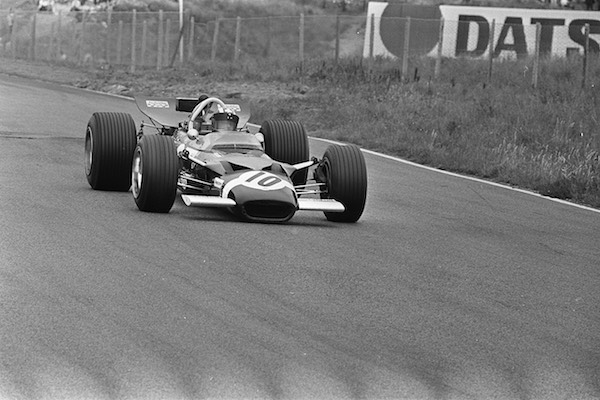 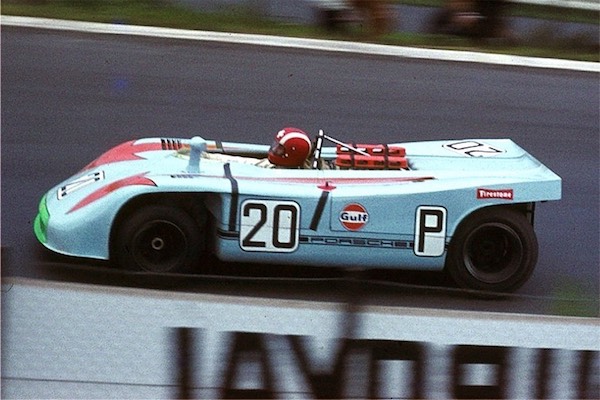 During the 1969 season, Siffert was accompanied by similar success. Having become a motor sport star, he drew the attention of advertisers. TAG Heuer, which we already mentioned, put a Chronomatic Caliber 11 on his wrist – the first watch in the world with automatic chronograph movements. Perhaps this was one of the reasons why Siffert achieved his most impressive victories in tenths of a second. 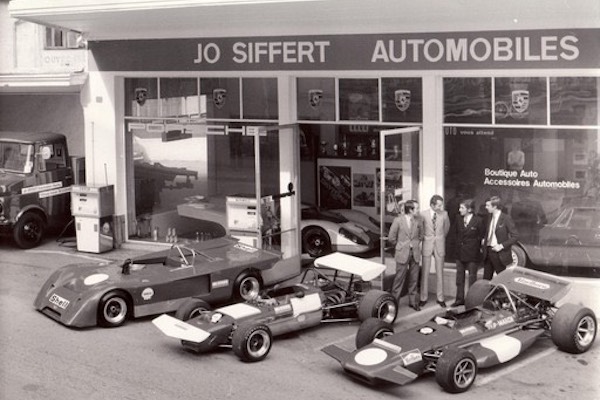 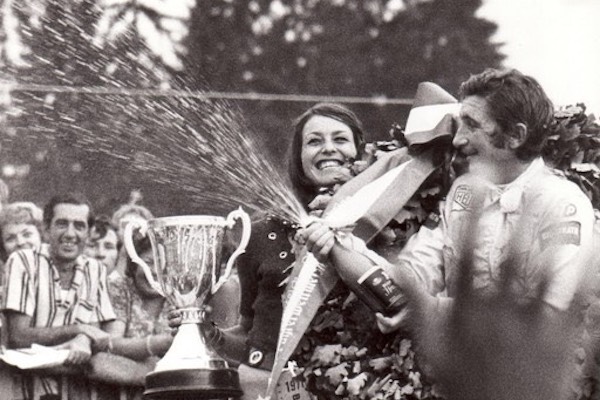 It seemed as if Siffert had a lot of champagne bottles in front of him just waiting to be sprayed. After yet another successful season in 1970 and joining a new team, Siffert planned to keep racking up victories in 1971 as well. In spite of some setbacks, Seppi was doing well right up until the last race of the race on the same track where he had won his first Formula One Grand Prix – Brands Hatch, in the United Kingdom. After a minor collision, his car’s suspension was damaged. Seppi lost control of his car, which went up in flames as the world’s best racer died from smoke inhalation. Jo Siffert’s funeral was attended by 50,000 people, and even today he is remembered in Switzerland with the same respect that Brazil remembers Ayrton Senna.