Just imagine for a moment – a sleek, modern looking body, huge side windows, kidney shaped radiator grille and four round headlights. It might sound like another posh new BMW model, but this one was made nearly 50 years ago – back in 1968.

Glory of the past

It‘s a BMW 2800 CS – car, which itself was derived from 2000 CS, and set the status of BMW as it is known today – as an automobile, which was designed for driver who wants not only to drive from point A to point B, but who feels the need...the need for speed. This need only could be pleased by a luxurious driver‘s car. A car, which contained itself a part of sporty character.

Back in the 50‘s, BMW, which was then known as luxury car maker, faced a serious threat of bankruptcy. To outcome this, they were forced to produce not a BMW‘ish car at all – a small bubble car, known before as an Isseta. Yes, it looked ridiculously and had performances of a sea rock, but it helped a lot for BMW to become again a big shot in town – company started to make its own models anew. First of them were Neue Klasse saloons and coupes. Late one‘s were called 2000 C – their performances were as good as their design, which was built by Karmann, the same company which created the famous Karmann Ghia.

This model was produced for 3 years only. BMW decided to update its line-up consistently and thus in 1968 the 2800 CS was born. The newborn was more comfortable – it had power windows and air conditioning system – still seen as luxury in late 60s‘. It could have been one of the reasons why 2800 CS was exported to the United States – fitted with those ridiculously large bumpers, to satisfy USA safety requirements. 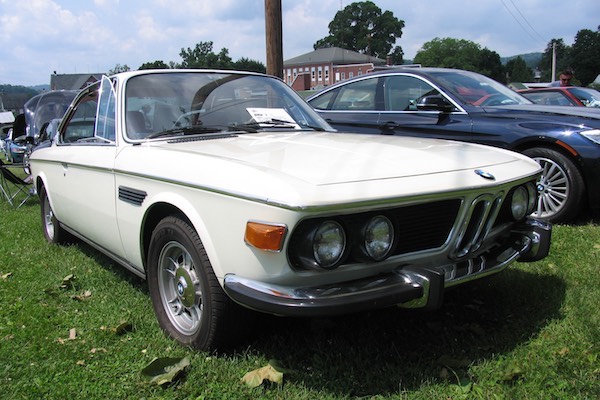 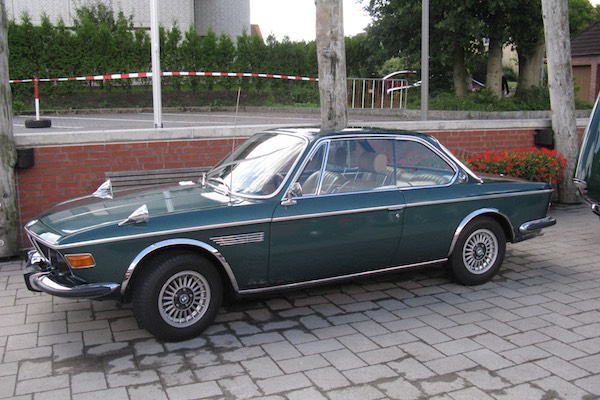 German engineers also forced 2000 C to go the gym – 2800 CS was lighter than its predecessor. Other body change was lengthened wheelbase. Length was grown purposely – to fit new, bigger than ever engine. It was straight 6 cylinder M30 power unit and 2800 CS was the first BMW model powered by it. Later it became the legend in automotive world and sometimes is even considered as one of the best engines of the 20th century.

This Bavarian masterpiece produced 170 hp at about 6000 revs per minute and was combined with the 4-speed gearbox. E9 (factory codename of 2800 CS) was capable to reach more than 200 km/h speed and it was an astonishing result in late 60‘s. Like its acceleration from 0 to 100 km/h, which took roughly 8,1 second – at the time a good result was considered t when car could have done it in 15 seconds. 2800 CS had excellent road holding qualities and was preferred by drivers, who needed not only comfort, but chilling performances too. 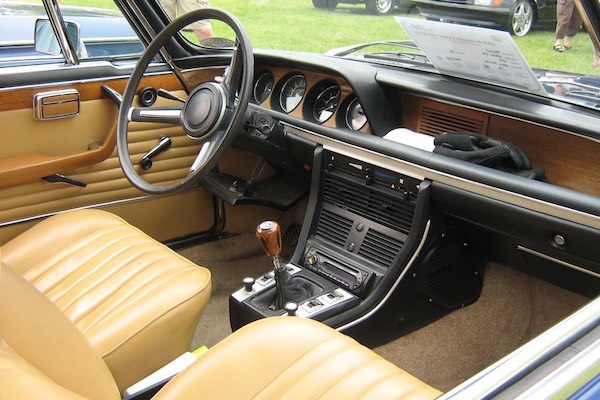 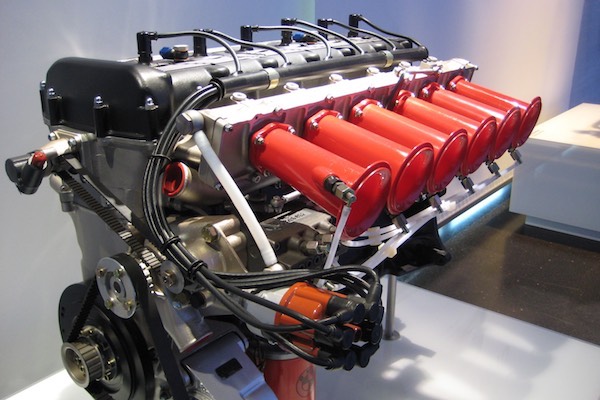 For this reason, it was no wonder that race-drivers noticed E9th. And thus, the even faster car was created – BMW 3.0S CSL. It was introduced back in 1972 and was especially designed to compete in European touring car championship. Due to the homologation requirements of FIA, BMW had to make few hundred street legal versions of the racing car – more than thousand was produced.

That thousand was called 3.0 CSL and this name must be mentioned when talking about 2800 CS – it was like M version of modern BMW nowadays. There were more differences between it and “civilian” version of 2800 CS than East and West Germany. 3.0 CSL had aluminum doors, boot lid and bonnet. Soundproofing and trim were removed to make car even more lighter. Racing body-kit was the main reason why 3.0 CSL was called the Batmobile. 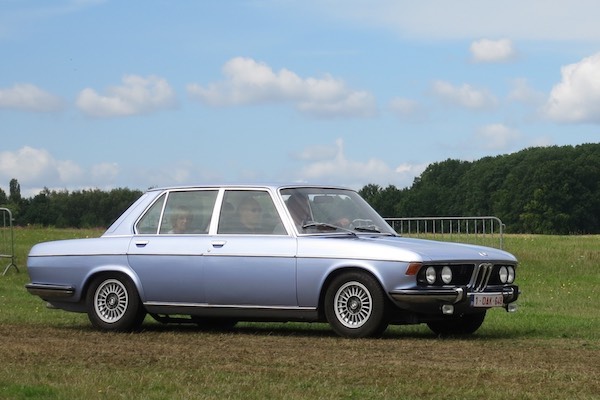 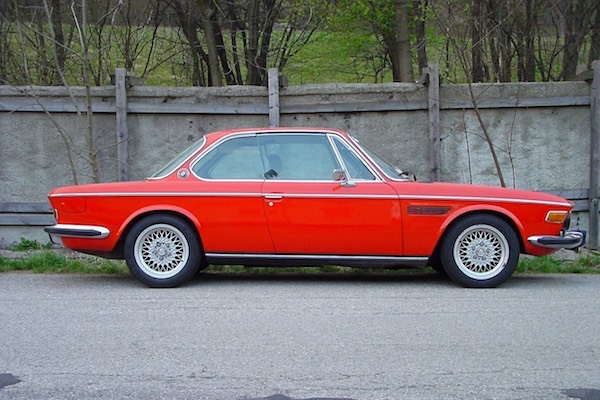 Fun fact – the road versions 3.0 CSL, sold in Germany, were delivered with a surprise in a boot for customers – rear wings. This was smart decision by BMW because driving a car equipped with these wings in Germany was illegal and customers had to install them on their own. But soundproofing and trim was not a big loose as combination of light body and powerful engine enhanced thrilling performances.

And race drivers used that with a great success – 3.0 CSL, driven by Toine Hezemans, won European touring car championship back in 1973. Hezemans also was first at his class in 24 Hours of Le Mans the same year – a really great result! And he even won second place German touring grand prix, which took place at the Nürburgring – one of the toughest racetracks in Europe. First place was also taken by the 3.0 CSL that year.

But it was only first steps in a winning path – various pilots driving BMW 3.0 CSL, won every single European touring car championship four years in a row from 1975 to 1979. Success on the racetracks, combined with great performances of standard model, made the BMW as it is known today – a luxurious and sporty car, which could only be bridled by an experienced driver. 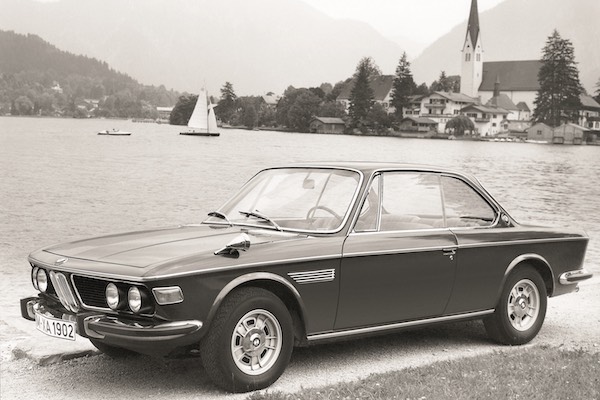 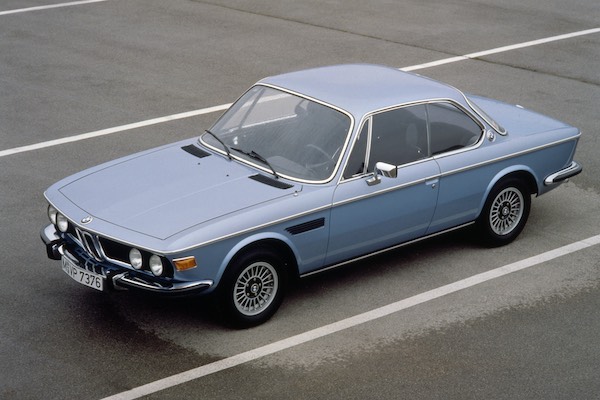 If you will want to buy one of them, money is not enough, you must be lucky too – there are only few of 2800 CS on sale at a time and it‘s even harder to find other versions, like 3.0 CSL. But this purchase could be a very good investment – one can be sure that prices of all E9‘s version will only rise in the future.

The last E9 rolled from the assembly line in 1975 and it was replaced by another iconic auto – the BMW 6 series, also known as E24. Today E9‘s is widely admired between BMW fans, gained classic car status and consider as one of the most beautiful BMW‘s cars ever.