In 2017, Chrysler completed the Dodge Viper odyssey that lasted 25 years. Fans of the snake had always lived in the hope that the Viper will return after 2020. Unfortunately, everyone was left badly disappointed, since Chrysler boss Sergio Marchionne announced in summer 2018 that a new Viper is “not in the plan”. Obviously, we still hope that it will come back someday, but today we just want to remind you how it all started.

In the late ‘80s, the American muscle car phenomenon had long lost steam. The Dodge Chargers or Challengers of the ‘80s were already just a shadow of their former selves, and in general, the Chrysler Group’s entire model range was inexpressive, to say the least. So Bob Lutz, the head of Global Product Development at Chrysler, decided that they needed a new, completely different car. 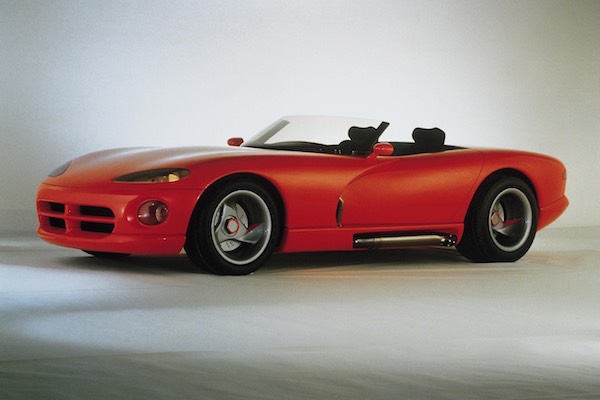 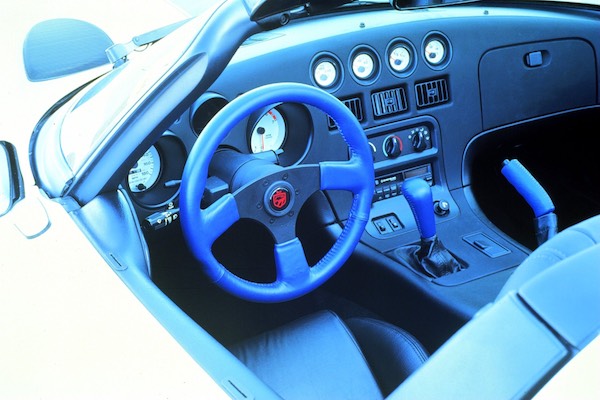 In his free time, Bob would sometimes take his Mk IV Cobra out for a spin, and during one such drive around Michigan in 1988, he had an idea – why not make a modern-day Cobra? A lightweight, fast, two-seat car with a big engine in front. Carroll Shelby, who was the father of the V-8 Cobra, was brought in as the project advisor.

In an interview later on, Bob Lutz admitted that he did not like the design of the future Viper. Bob wanted the car to be closer to the Cobra, but the designers managed to convince him that the sporty Dodge needed a gust of fresh design. So, it was decided to produce the concept car for the 1989 Detroit Auto Show. The Viper name was also not chosen by chance – it was an allusion to the Cobra. At the show, the Viper blew everyone’s mind. It didn’t have air conditioning, side windows, exterior door handles, or even a roof. But it didn’t need all that, since the big engine and the screaming design relayed the cars message perfectly: “zero to jail in four seconds.” 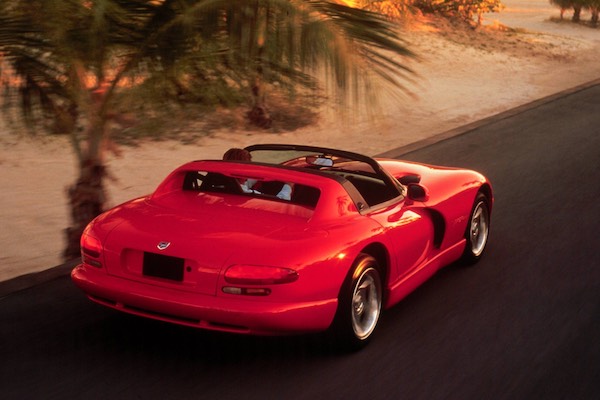 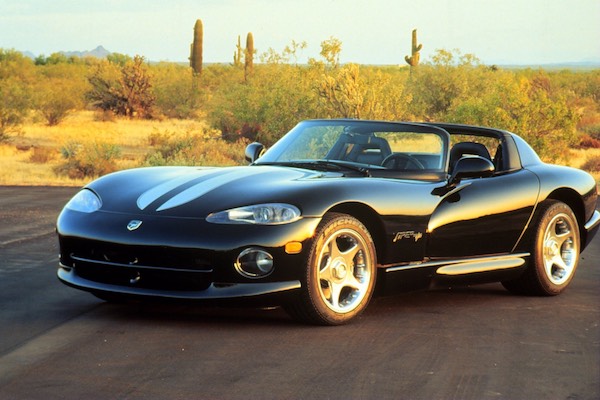 And with this concept, Chrysler suddenly went from being a manufacturer of boring, faceless cars to a bold, interesting and modern company with a vision for the design of the future. Interest in the concept was enormous, so they had to get the car into production quickly. Incidentally, the main accent – the engine – was totally unusual for Americans: a V-10.

It was the first production V-10 engine in the world, and one that Lamborghini also had a hand in. The 8.0-litre V-10 was made on the basis of a 5.9-litre V-8 with two extra cylinders. Lamborghini engineers helped recast the engine in aluminium alloy, since all of Chrysler’s big engines were cast-iron, and this let them squeeze out 400 hp. With this power, the Dodge Viper wasn’t the most powerful car in the world, but 400 hp was supercar territory back then. Plus, the Viper was more powerful than the Chevrolet Corvette, which until then had been the epitome of the American sports car. 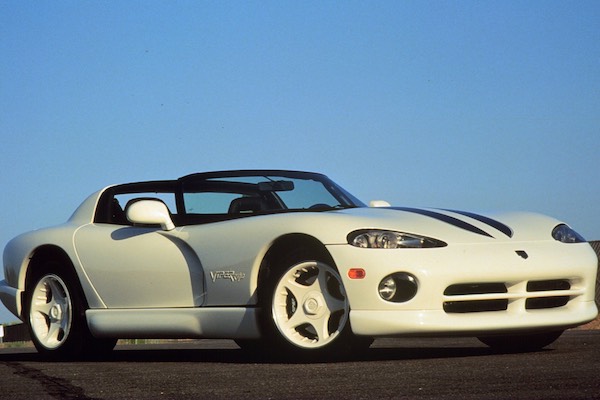 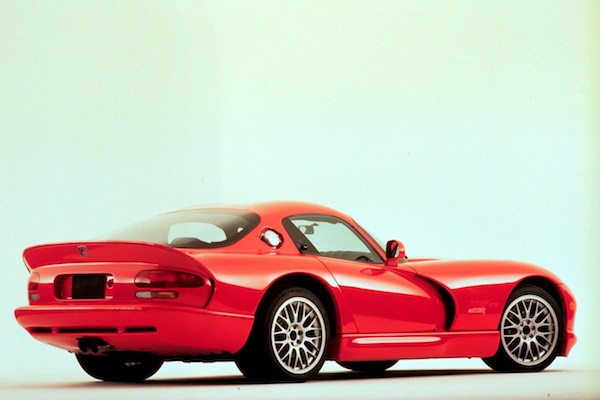 The first cars reached customers in 1992, and those customers couldn’t have cared less that the Viper’s handling on urban roads was a catastrophe. As I mentioned, the car didn’t have a roof or side windows, and it didn’t have air conditioning, ABS or traction control. In addition, the driver and passenger were at risk of burning their legs on the side exhaust pipes when they got out of the car. But Viper buyers weren’t expecting comfort. They were excited by the car’s looks, the brutal sound of the engine, and the wicked acceleration. 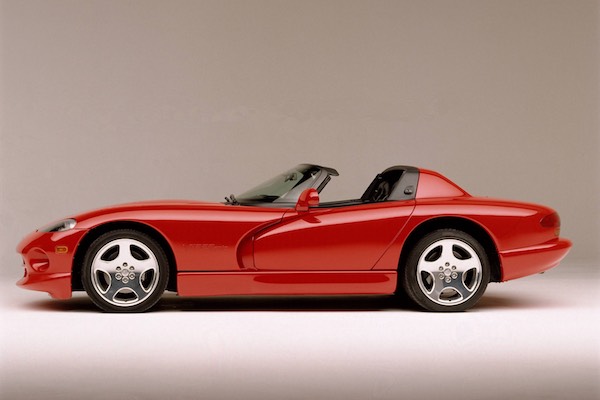 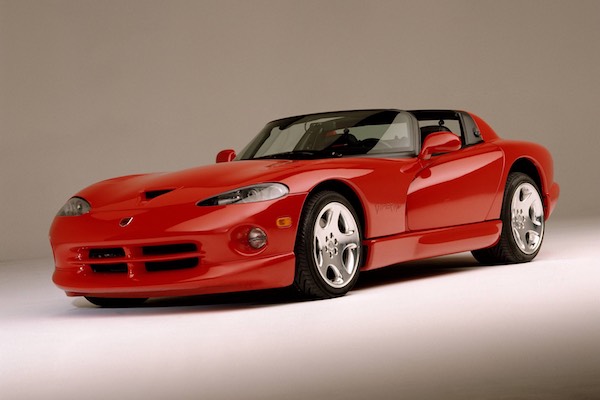 They only managed to make a few hundred cars in 1992; in 1993 they went over a thousand, and in 1994 they had a record year, with more than 3,000 Vipers sold. The next year sales fell, so Chrysler resorted to an upgrade, with the second-generation Viper coming out in 1996. It wasn’t much different externally, but there were a lot of changes inside. In addition, the long-awaited Viper GTS coupé was introduced with its signature “double-bubble” roof, which not only looked good, but also performed an important function – it provided enough space inside for the driver and passenger to wear helmets. Later, the GTS also got the two white racing stripes that it is now known for. Incidentally, the racing version – the Dodge Viper GTS-R (also known as the Chrysler Viper GTS-R) – was quite successful on the track. 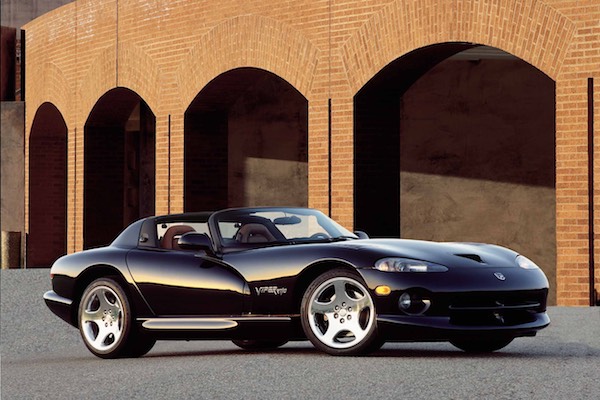 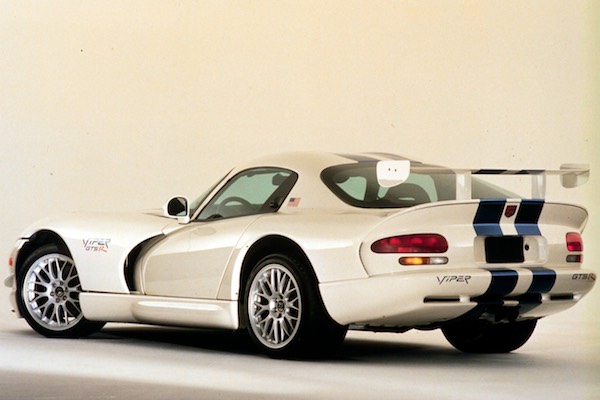 The first generations of the Viper are and will always be very unique cars. They weren’t the fastest or best-handling cars, but they met all the American muscle car standards. The simple construction, big front engine, excess of newton metres, and formidable appearance are now very hard to find in new models.